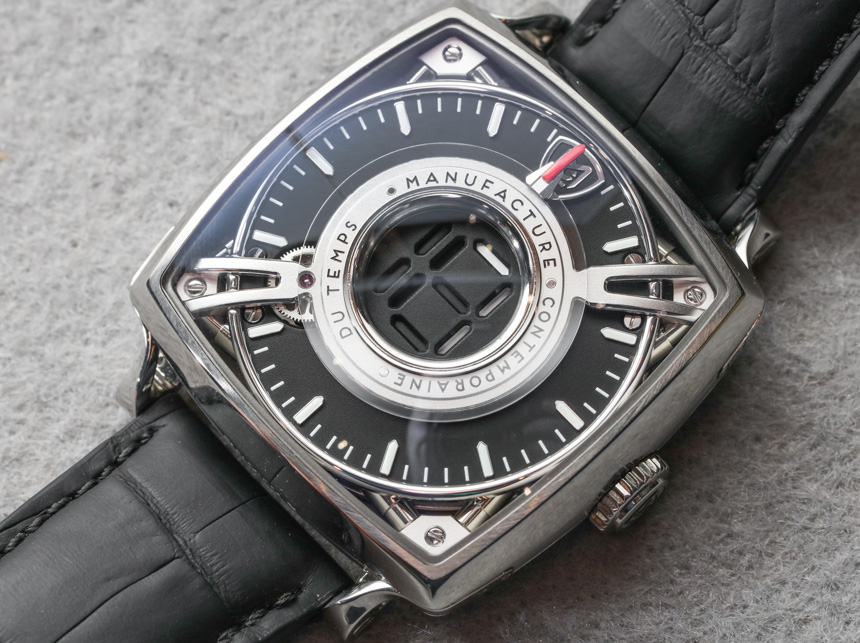 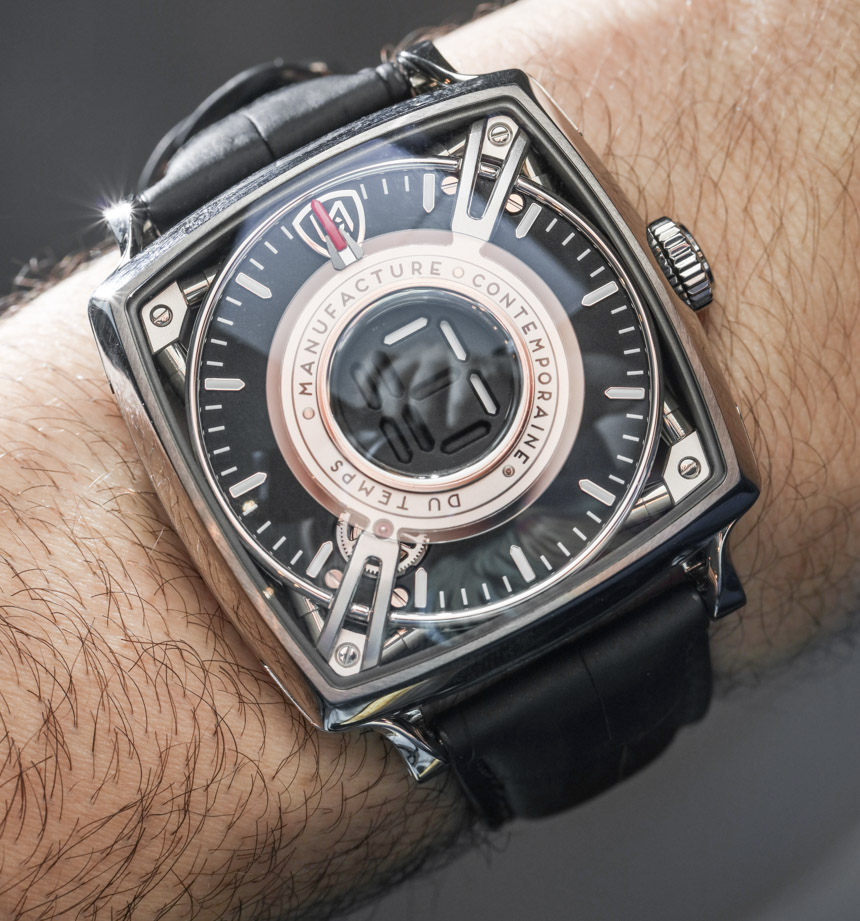 There’s a general misconception that haute horology is all about making watches loaded with complications. A watch with many complications is all well and good, and some of them can be really interesting – case in point, the Vacheron Constantin Les Cabinotiers Celestia Astronomical Grand Complication 3600. But, what is more impressive to me is when a watchmaker makes something complicated look deceptively simple. As Leonardo Da Vinci once said, “Simplicity is the ultimate sophistication.” An excellent example of Da Vinci’s saying is MCT’s newest watch, the Dodekal One D110, which was unveiled at Baselworld 2017 earlier this year. 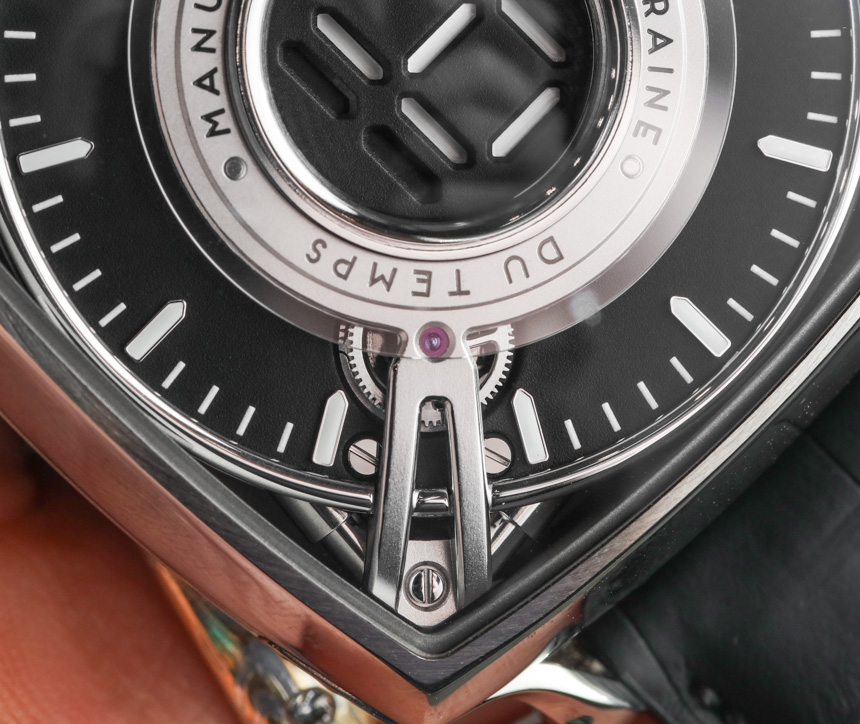 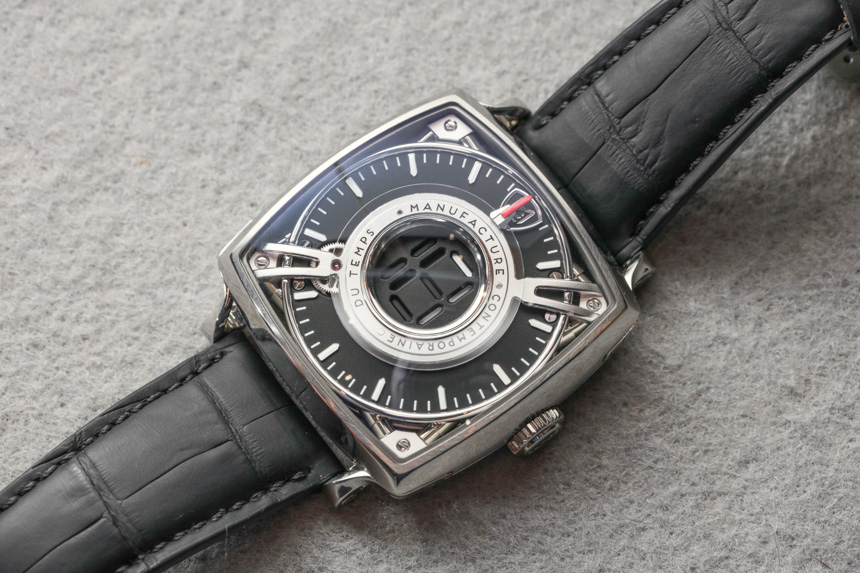 To fully understand and appreciate the MCT Dodekal One D110 requires some context. MCT, or Manufacture Contemporaire du Temps in full, was founded in 2007 by master watchmaker Denis Giguet. Giguet is perhaps most famous for being the man behind the Harry Winston Opus 11 of 2011, which some consider to be one of the most outstanding of all the Harry Winston Opus pieces. The Opus 11, like the MCT Dodekal One that you see here, uses a digital display to show the time. And the theme of digital displays has been one that has guided the creation of every MCT timepiece. 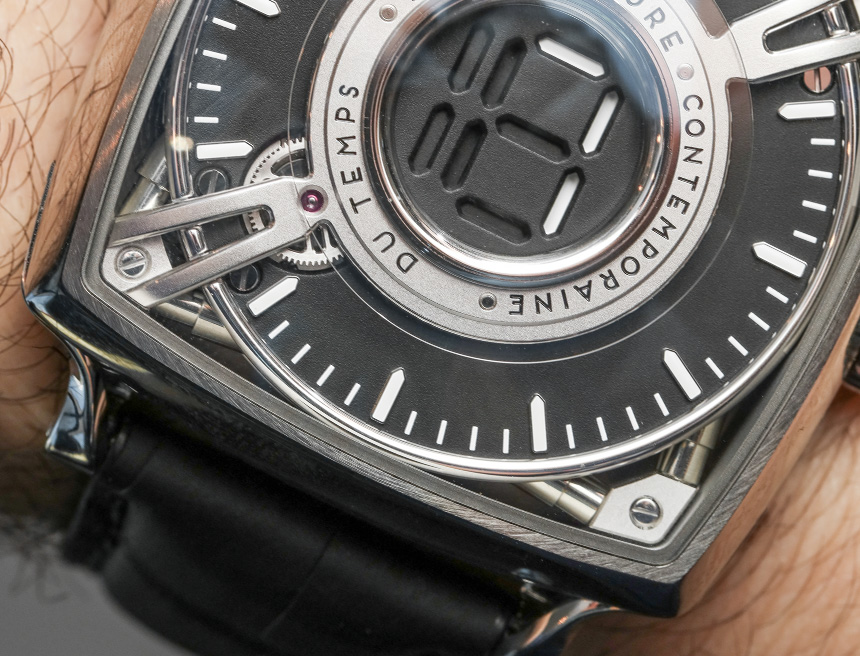 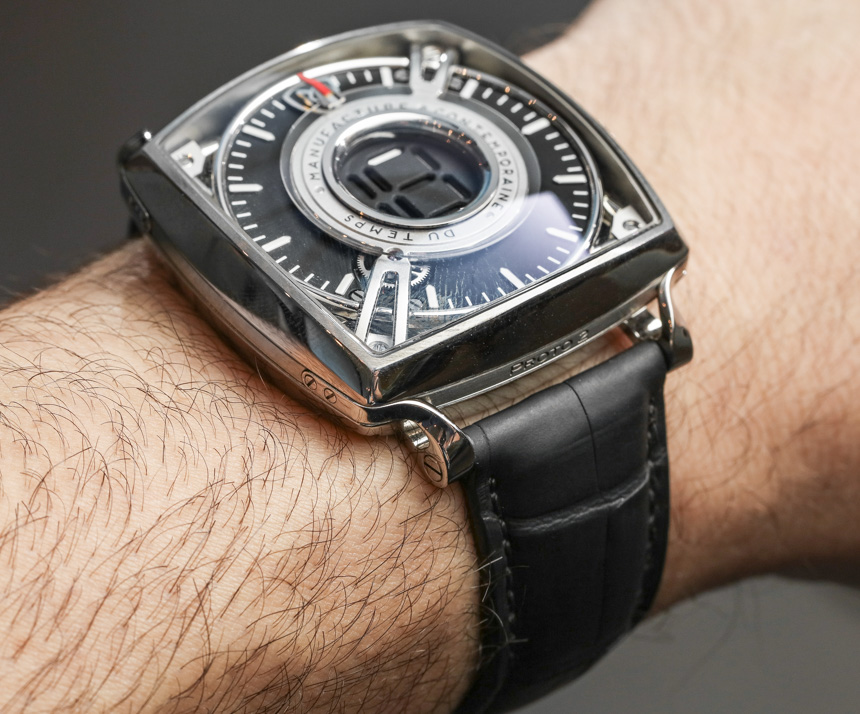 The Dodekal One D110 comes in MCT’s signature cushion case and there are two variants to choose from: full titanium and DLC titanium with pink gold. The one we got to handle was the full titanium version. It measures 43mm by 43mm, which makes it a rather large watch. It is quite thick too. It definitely has loads of wrist presence, but thanks to the short lugs and the fact that it is made out of ultra-light titanium, it doesn’t feel unwieldy or cumbersome on the wrist. One thing to note is that despite the somewhat sporty design of the case, water resistance is just 30m. 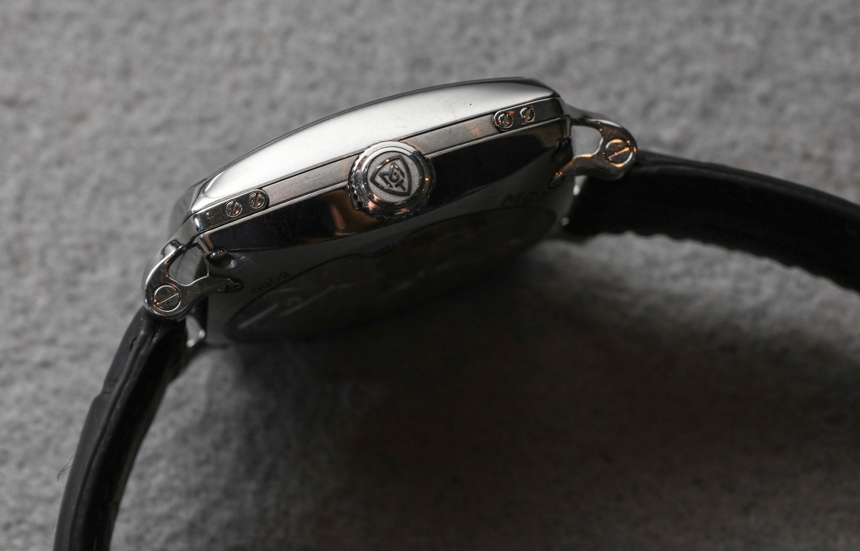 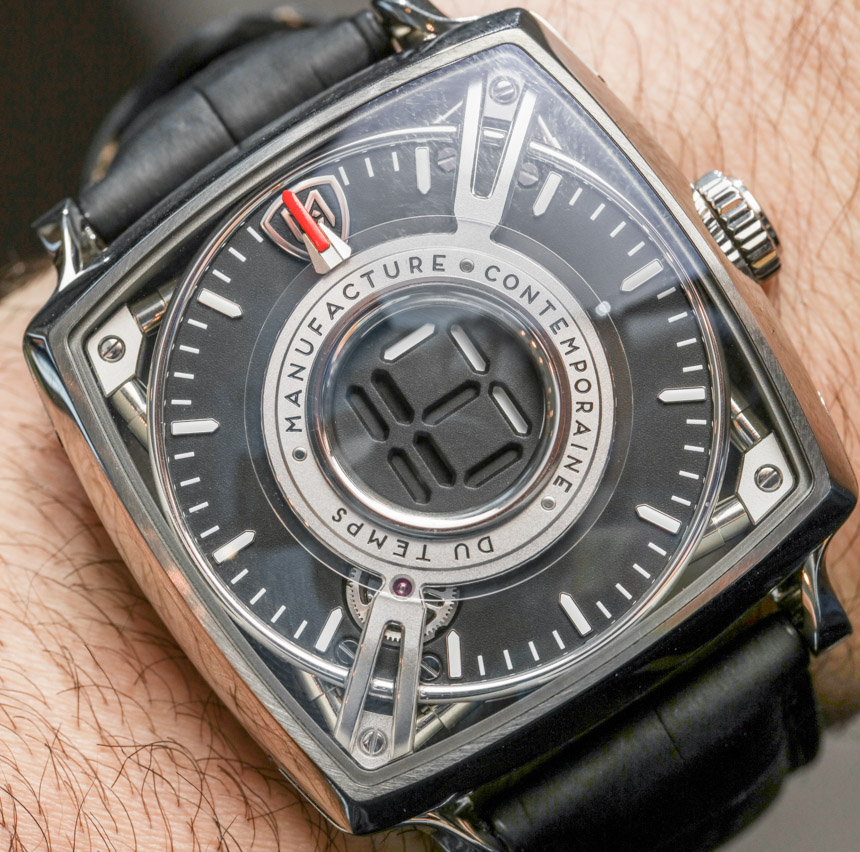 Because of the sizable 43mm by 43mm case, the dial, which is black, is expansive. The first thing that will probably capture your eye is the large bridge that cuts diagonally across the dial. The bridge forms a circular aperture in the middle with the brand’s name engraved sharply onto it. Within the aperture are cutouts that show the digital display of the hours. 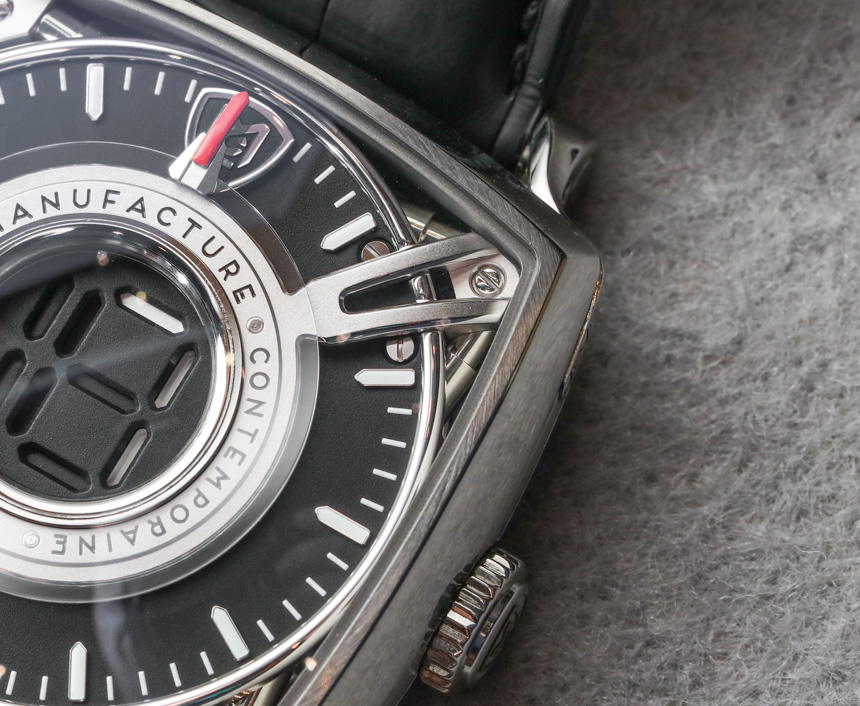 The minutes, in case you were wondering, are indicated in a more traditional way. There’s black disc with minute indexes that surround the center aperture. Above it is a transparent sapphire disc with a small mounted red hand that travels around the black disc once every hour, much like a regular minute hand would. The driving motion actually comes from the wheel at the bottom left of the dial. In any case, it is easy to get used to telling the time on this watch. 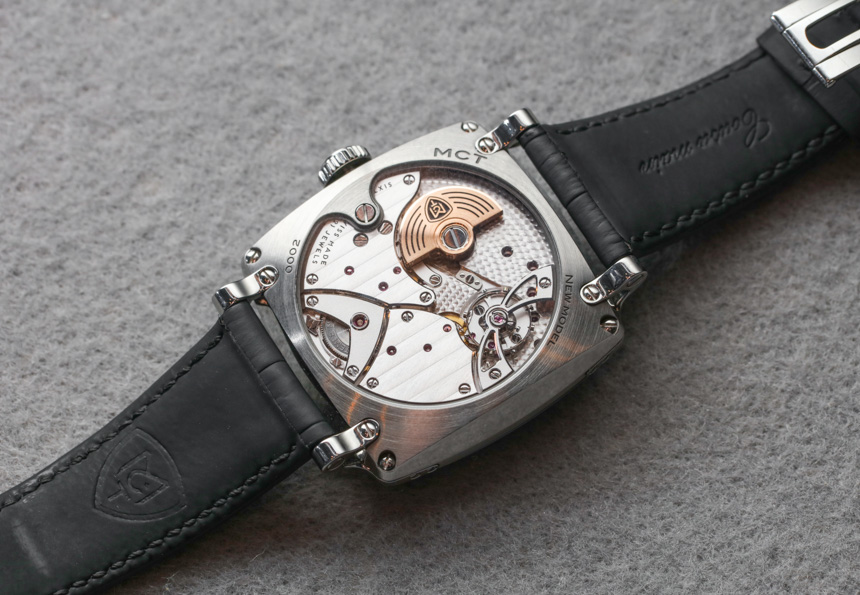 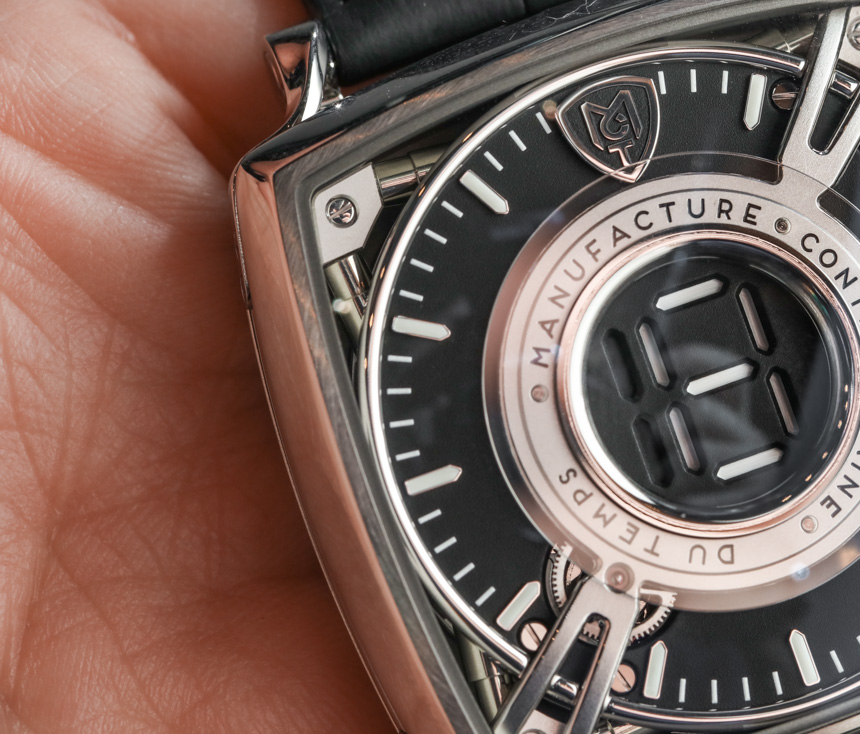 The digital display is quite clever. It is executed using a turntable-style “instruction plate” that consists of cams and carriages that guide various plates into position under the cutouts. According to MCT, this system was designed to be simple and robust with minimal chances of failure. This is a very thoughtful and practical touch, because all too often we have seen brands take on ambitious complications with little thought paid to reliability and serviceability. 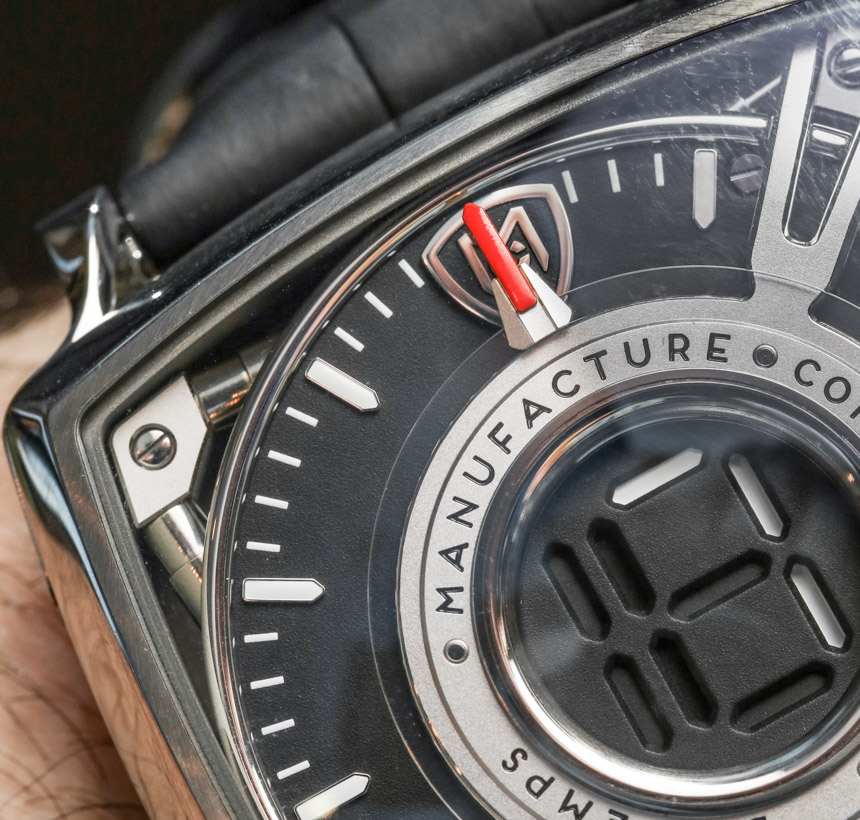 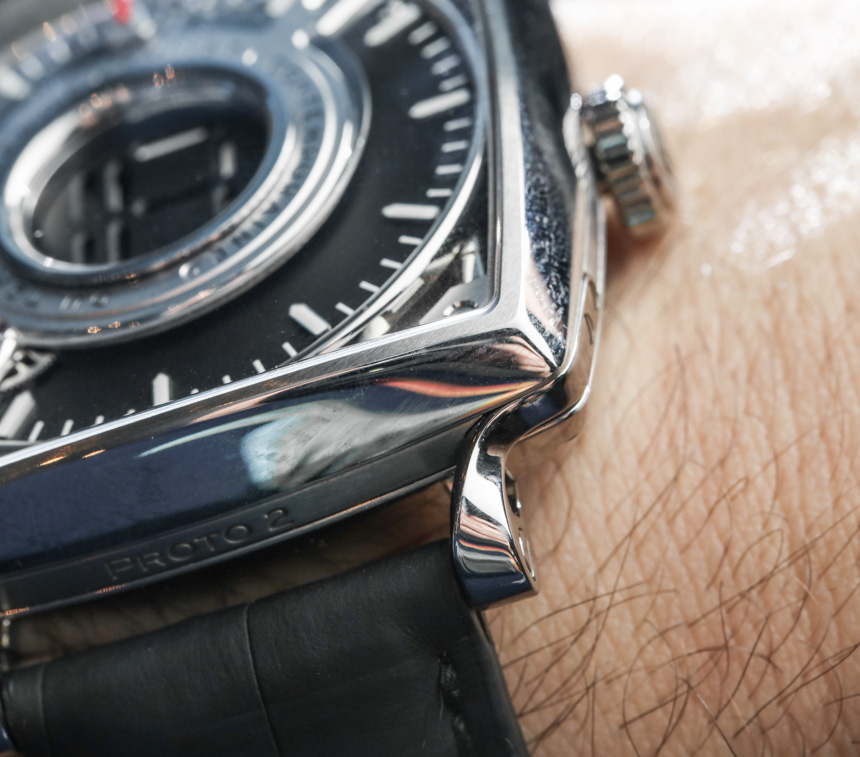 The plates that move into place are white. Logically speaking, they should contrast against the black dial and be easy to read. But in the real world, I didn’t find the MCT Dodekal D110 One to be as easy to read as I expected. In fact, I found the digital display to be quite hard to discern, especially at an angle. Mostly because the cutouts themselves are quite thin, which means the digits themselves aren’t that big. And also because the central digital display is recessed and deep within the dial. 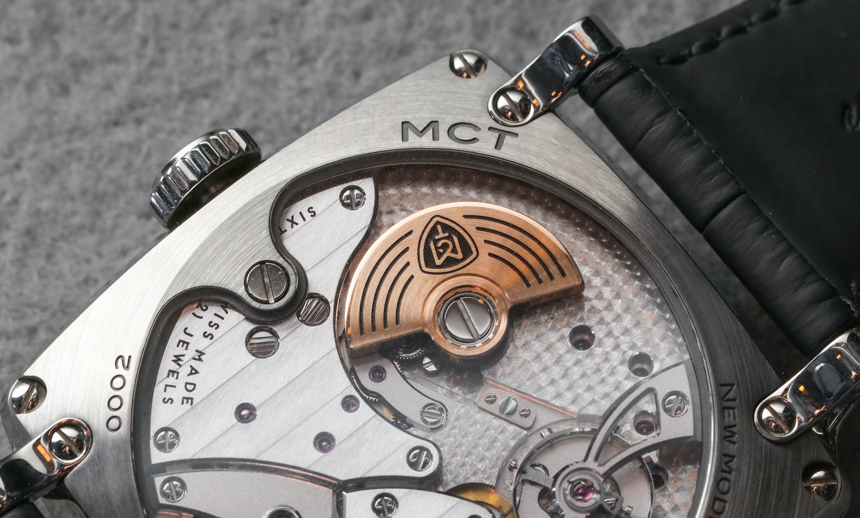 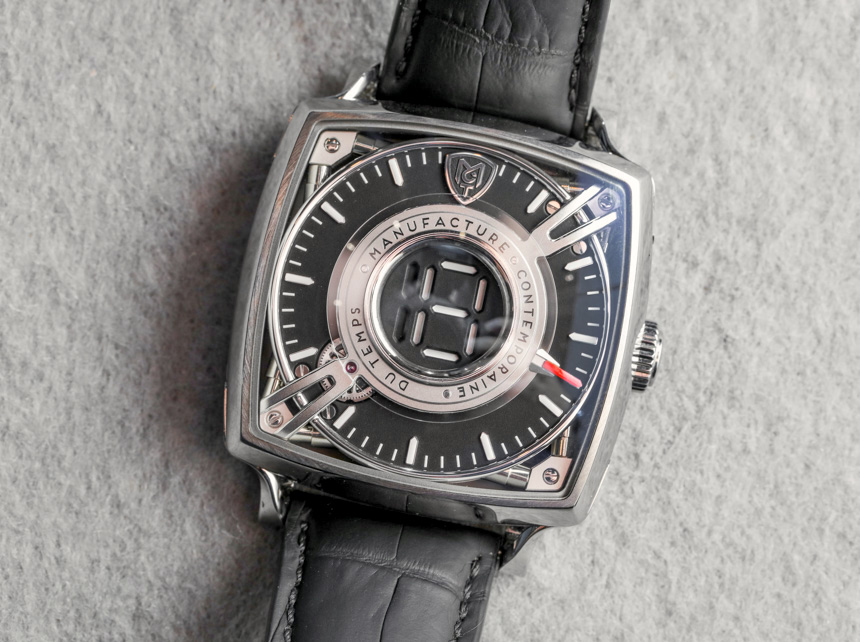 Nevertheless, the digital display is quite interesting in that the changing of the hours doesn’t take place instantaneously. Instead, it has been designed to be deliberately slow (it takes around 2 seconds for the hours to change) so that it looks like a digital animation. The side effect of this is that owners can also better appreciate the mechanical wizardry that goes into making this display. 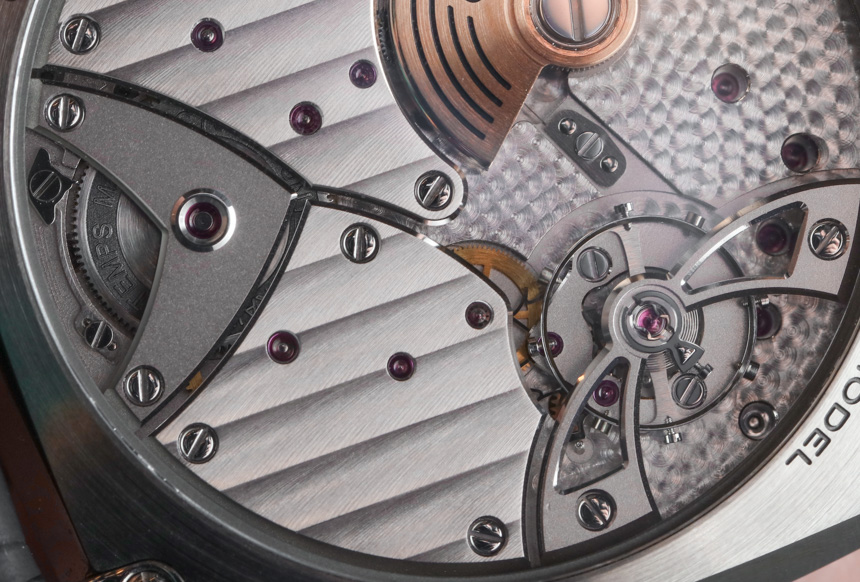 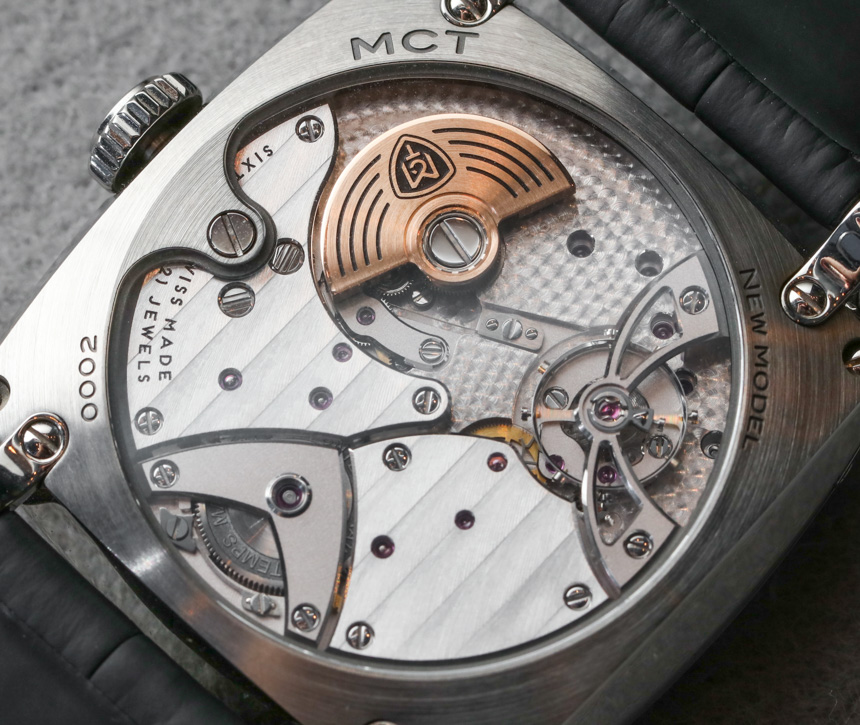 The movement within is the in-house made Caliber MCT-D1, which can be admired through a sapphire display case back. It is a rather interesting movement to look at as the balance wheel is quite large and it beats at a leisurely rate of just 2.5Hz. The balance is free sprung and the balance wheel has screws for adjustment. It also has a full balance bridge for better stability and shock resistance. Power reserve is an adequate 50 hours. There’s plenty of decoration all around too. The bridges are chamfered and feature Côtes de Genève decoration, while the base plate has a generous helping of perlage. 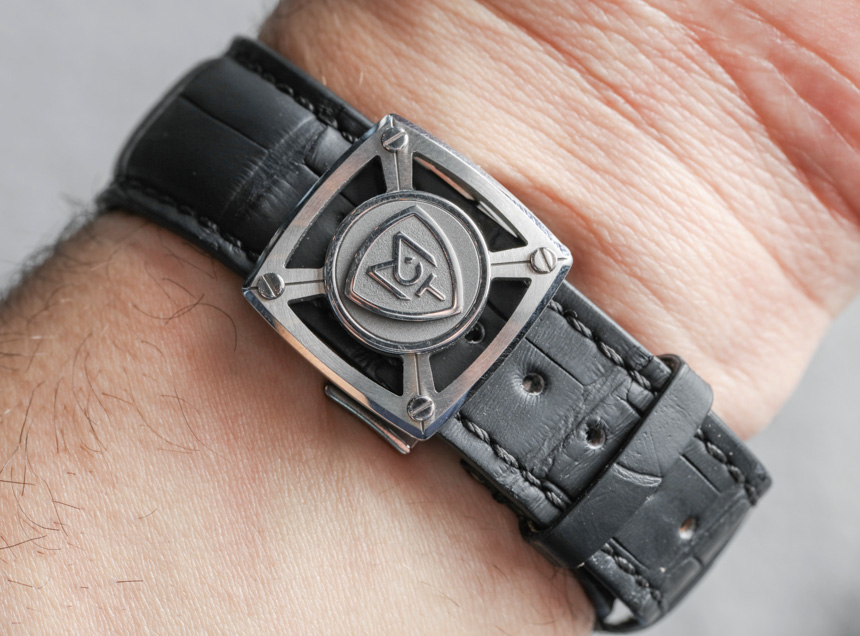 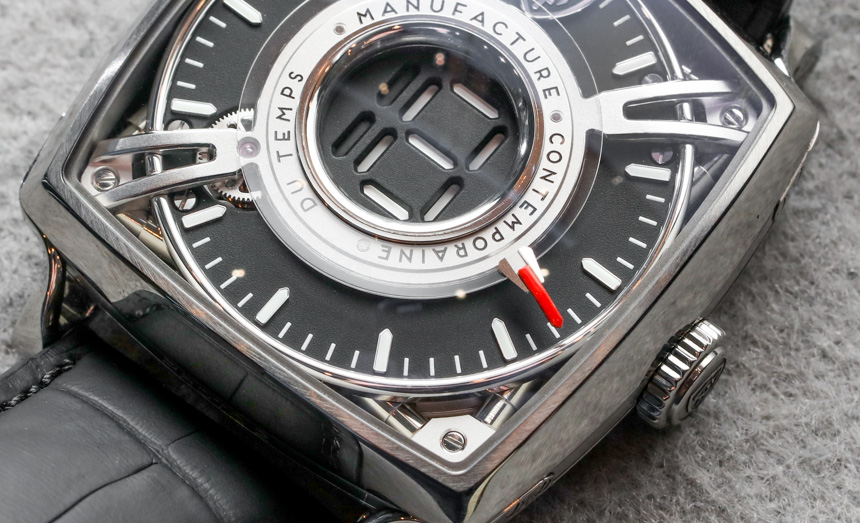 The MCT Dodekal D110 One hides its mechanical secrets well. It might look simple, but it actually features a complex movement with safeguards to ensure that its unique digital display works reliably for a long time. In a word, it is sophisticated. Though the digital hour display is quite special because of its smooth changing mechanism, I found it to be a little hard to read.