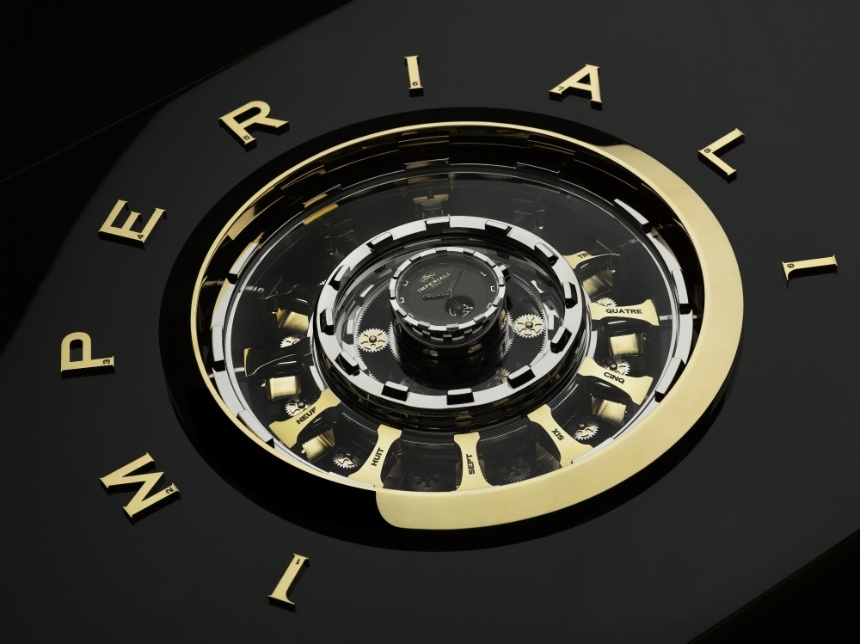 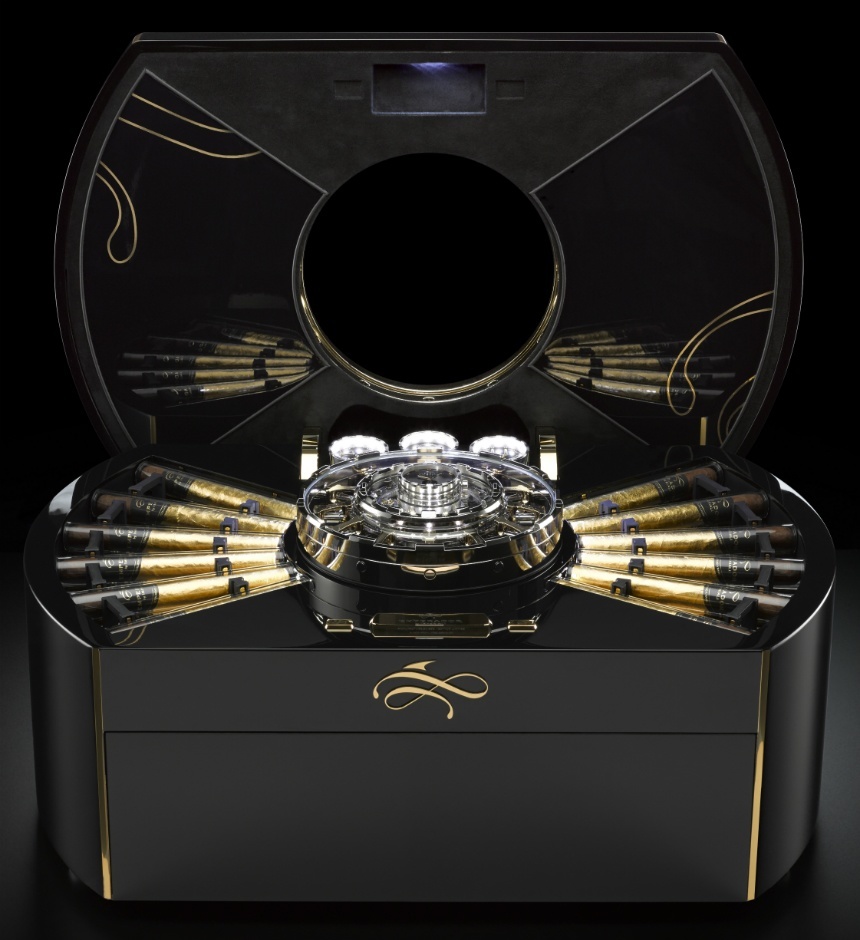 On the surface, the union of cigars and timekeeping is rather ‎contradictory — cigars, ideally accompanied by a whisky, Cognac, or at least espresso, have been an archetypal leisure activity for the past five centuries, one that should ideally be enjoyed in the company of companions and punctuated by spirited conversation, with the constraints of a ticking clock overhead going unnoticed. With that in mind, the $1 million Imperiali Genève Emperador cigar chest should be regarded more as an extravagant horological objet d’art, and less as a cigar humidor — though it certainly is one, in a Q-Branch sort of way. 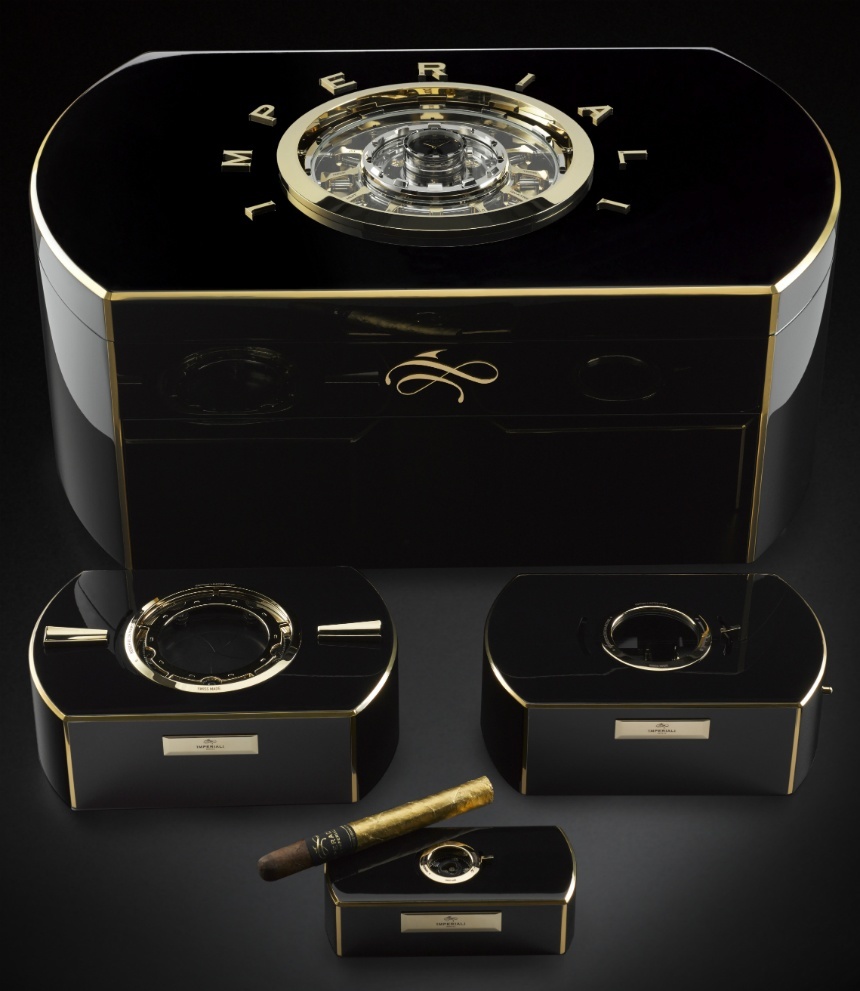 Let’s take a momentary step back: Fine handcrafted cigar humidors — constructed of exotic woods, their exteriors often embellished with marquetry designs or, at the very least, hand-rubbed lacquer finishes, their interiors lined with Spanish cedar — are, while not commonplace, plentiful considering the number of foliumphiles (“lovers of the leaf,” or cigar lovers) worldwide. Prominent humidor makers and purveyors that come immediately to mind are Alfred Dunhill of London (perhaps the best-known), David Linley of London, Elie Bleu de Paris, Davidoff of Geneva, and Michel Perrenoud de La Chaux-de-Fonds. Both Dunhill and Perrenoud have produced humidors (table lighters too, in Dunhill’s case) with clocks incorporated into the design, though hydrometers and thermometers are far more de rigueur. 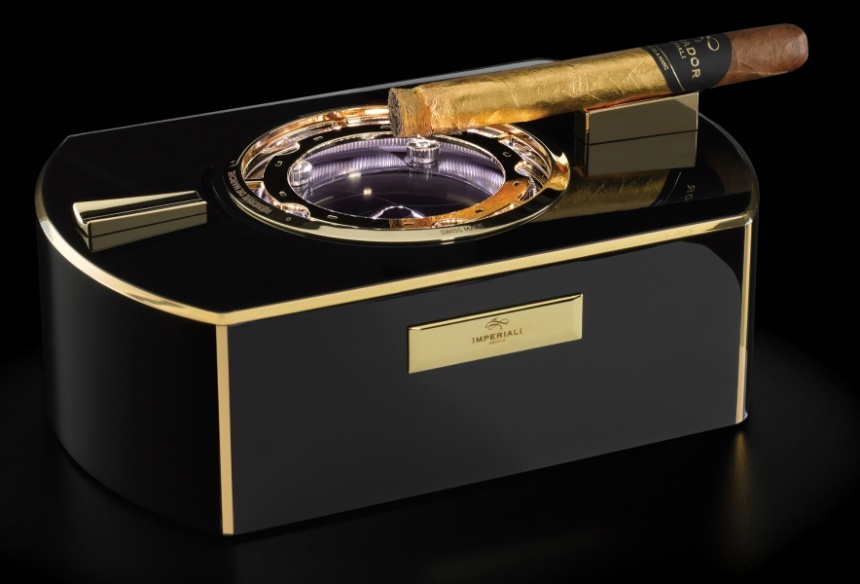 Prior to the Imperiali Genève Emperador cigar chest, the Michel Perrenoud “Temps d’un Cigare” was the most notable timekeeping cave à cigare. Perrenoud himself was based in the Swiss watchmaking town of La Chaux-de-Fonds; the original family concern produced wooden presentation watch boxes. Although he retired and the firm closed in 2009, new old-stock Temps d’un Cigare — in which the humidor was very much the focus, which came in black or red mahogany and which featured a clock set into the lid — can still be acquired online and at fine tobacconists around the world. Regardless, the Temps d’un Cigare is at best a training-wheels humidor compared to the technological wonderment of the Imperiali Genève Emperador, which seamlessly blends mechanics and electronics. 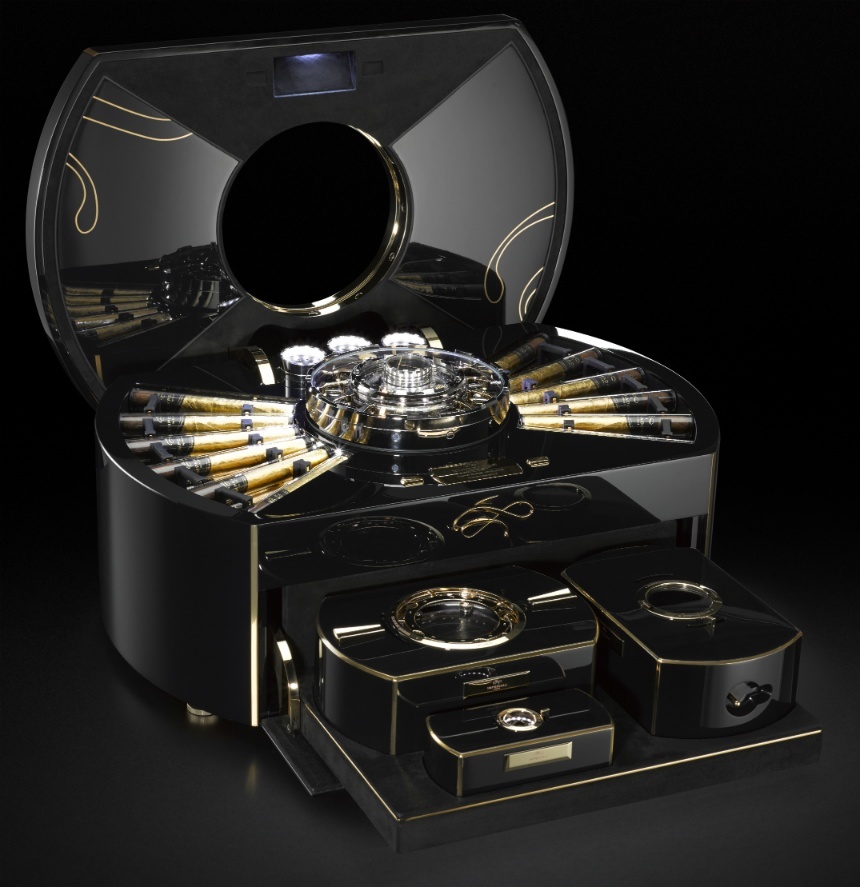 This exclusive cigar chest (annual production will be set at 12 units) dovetails nicely with Imperiali Genève’s credo that it is “much more than a brand; it is an art of living.” Hard to argue with that, considering the Imperiali Genève Emperador is a seven-figure humidor featuring a selection of 24-karat gilded cigars (yes, you read that right), a laser-guided guillotine cigar cutter, and an elegant torch lighter and matching ashtray, all housed in a secret compartment in the box’s below-deck hull.

The Emperador’s lid can be opened only after an unlocking code is entered, and the alphanumeric keypad surrounds an Imperiali flying tourbillon. Comprising 323 components, this hand-wound clock is produced by a master watchmaker in the Swiss Jura, and offers exceptional finishes such as a delicate “Clous de Paris guilloché” dial. 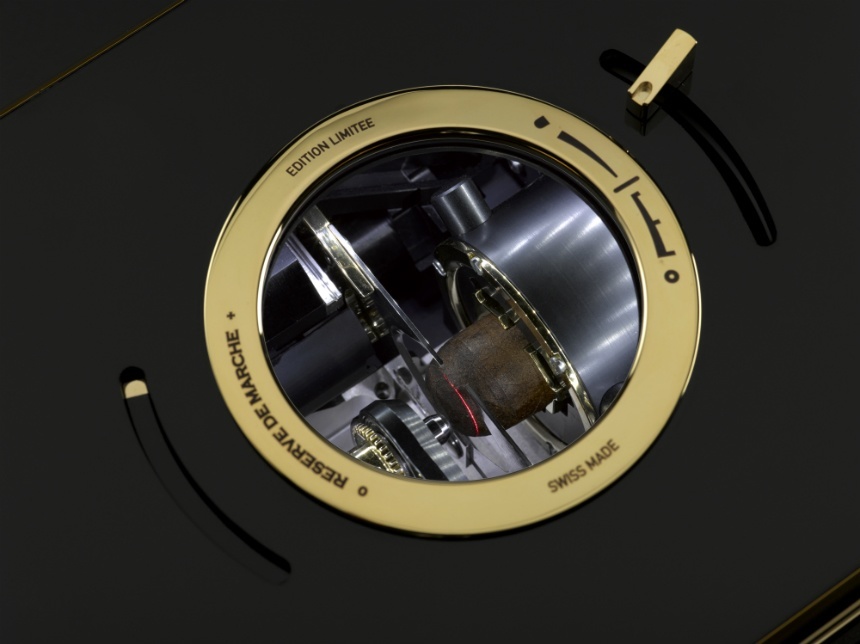 Inside you’ll find the full clock and three gauges displaying, in real time, the relative humidity and temperature (preset to 70 percent humidity and 60°F (if you prefer wetter and warmer, you can set them yourself), the power reserve and the number of cigars remaining in your inventory. Naturally, the cigars inside must be the best of the best, the rarest of the rare. And while the gilded cigars are ostentatiously cute and kitschy, vintage Davidoff Dom Pérignons or Cohiba 40th Anniversary Behikes seem more appropriate (though the Behikes come housed in their own Elie Bleu). 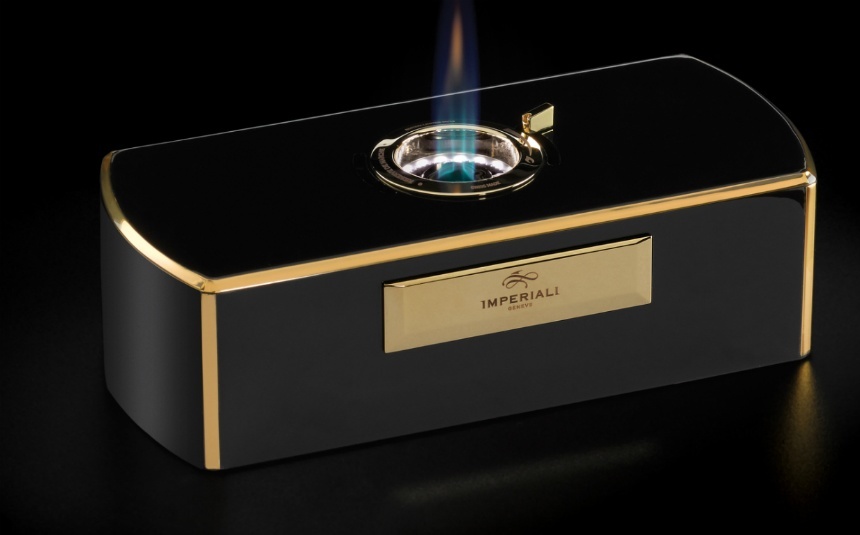 For the same $1,000,000 price as the Imperiali Genève Emperador cigar chest, you could likely acquire a La Casa del Habano and Davidoff of Geneva franchise, or purchase the entire inventory inside one. So while the Emperador is a remarkable, even commendable, achievement, if you have a spare million burning a hole in your pocket, you could alternately go buy a Greubel Forsey double tourbillon, 10 Oettinger-Davidoff humidor cabinets, a lightly used copy of Min Ron Nee’s An Illustrated Encyclopedia of Post-Revolution Havana Cigars… then spend the remaining $400,000 filling up the cabinets. (While you’re at it, pick up a few bottles of A.E.D’Or Reserve No. 6 and 8 and Hibiki 30.) After all that, you’ll have just enough money left for a nice steak dinner and a postprandial cigar. imperiali-geneve.com

Aaron Sigmond is the founding editor of Smoke Magazine and The Cigar Report, as well as the author of PLAYBOY: The Book of Cigars, an Amazon.com bestseller, and the forthcoming Rizzoli title, DRIVE TIME: Watches Inspired by Automobiles, Motorcycles, and Racing.