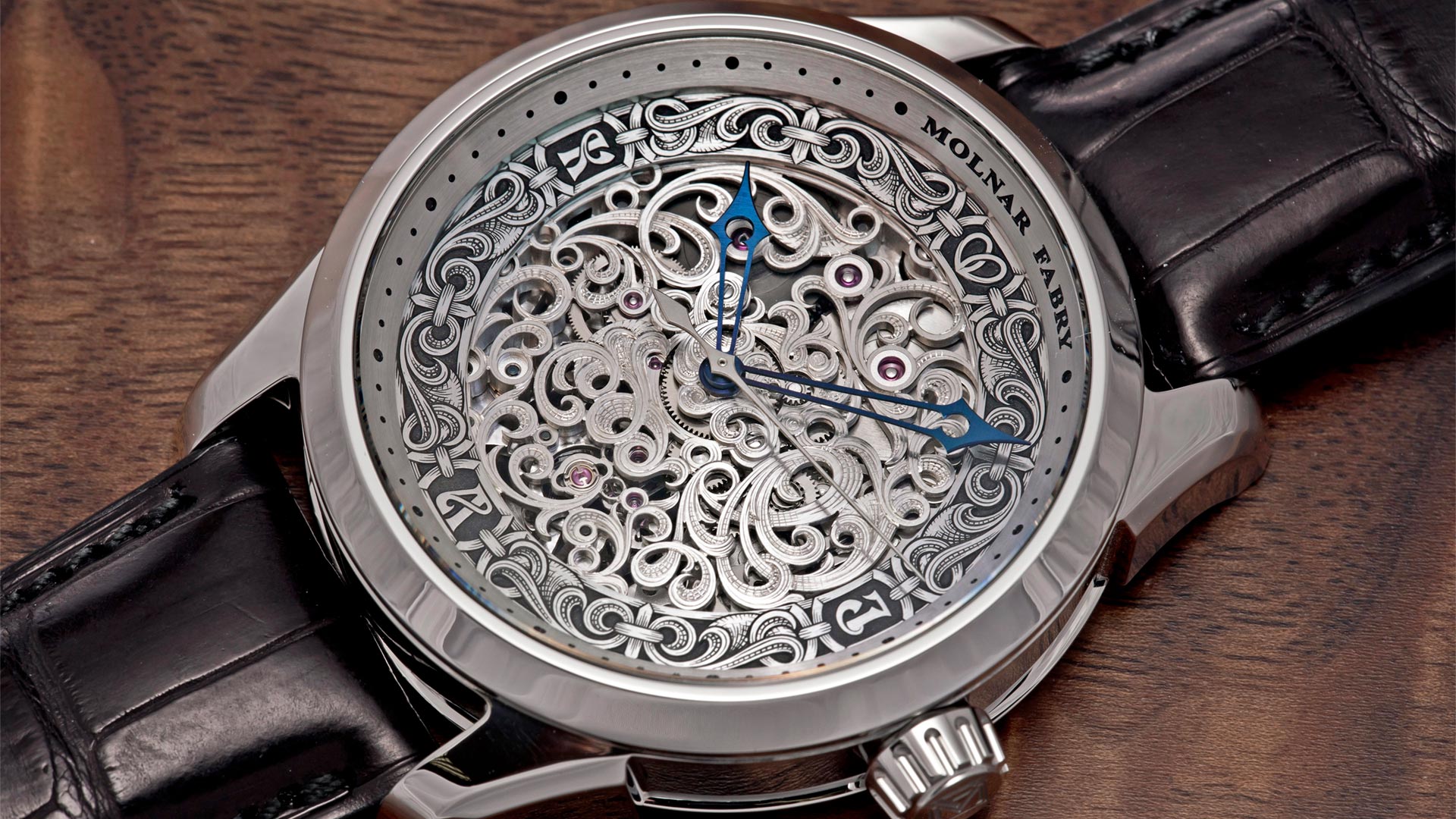 There are some unique watch brands out there, but none perhaps as distinctive as Molnar Fabry. I’m not even sure if it’s accurate to call them a “watch brand,” per se — they are more like independent watchsmiths, if you will. Molnar Fabry is the partnership between Michal Molnar and Igor Fabry, two Slovakian goldsmiths/jewlers who have made a name for themselves by taking existing movements and crafting bespoke cases around them. These projects are often collaborative efforts between the client and the watchmakers. Ariel went into some detail on their shop here. What I think is most remarkable about the Molnar Fabry Corculum Watch covered here is that the client requested their own Omega Planet Ocean’s Co-Axial 8500 movement to be donated to the cause and have a watch built around it. 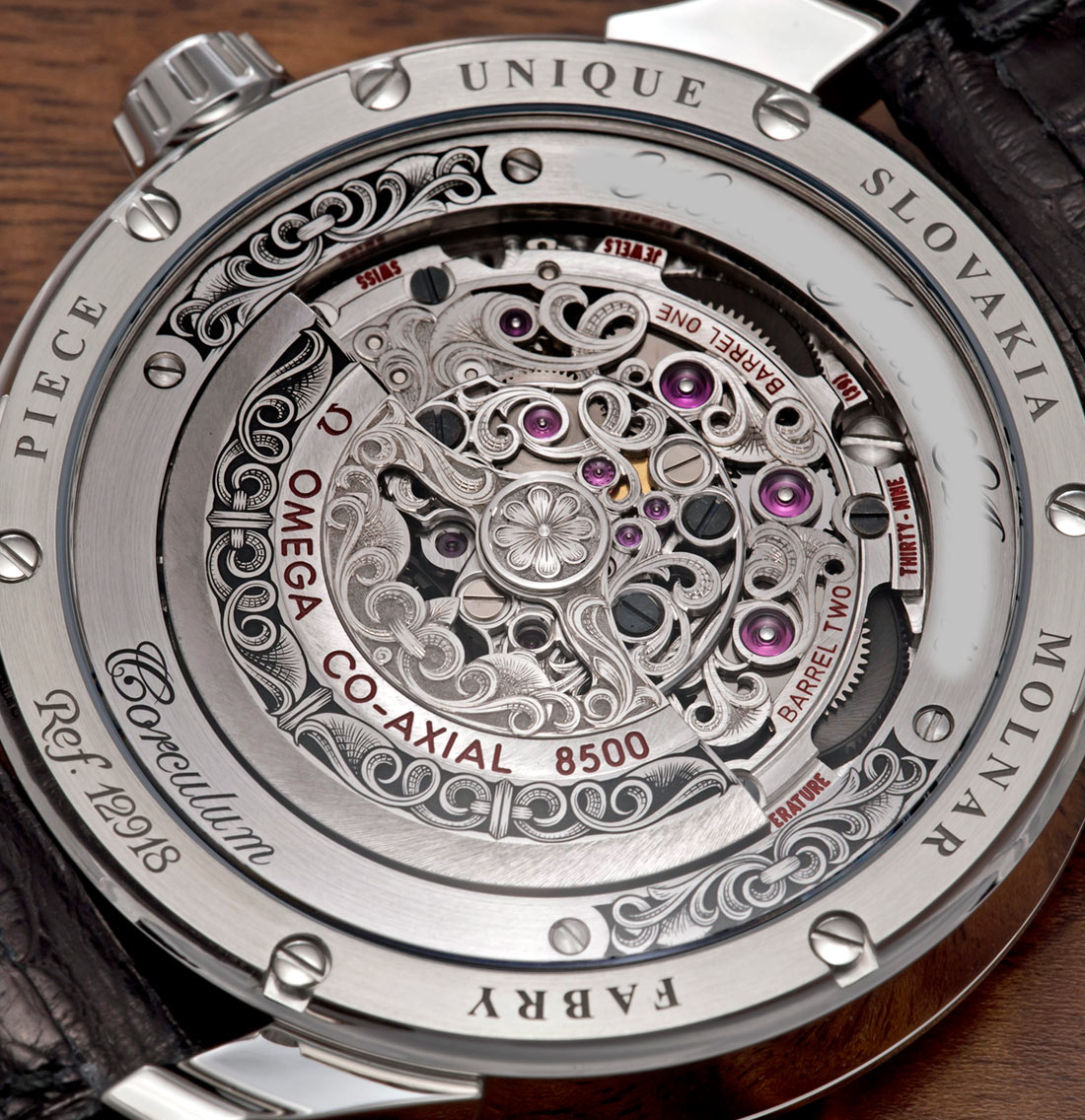 The idea behind the Corculum was to create a piece with elegant and complicated floral skeletonization around the customer’s Co-Axial movement. In doing this, the date mechanism and disc have been removed and a second skeletonized layer was added to assist in holding the hour wheel. The result of these modifications is a movement that has been entirely skeletonized and engraved. The rotor itself has been decorated, but still retains the Omega branding. The 44mm case is polished stainless steel with sapphire crystals on both sides (no mention of water resistance is made). The dial ring is handmade and engraved, as well as signed in black lacquer by the makers. The hands are also handcrafted from steel that has been blued. 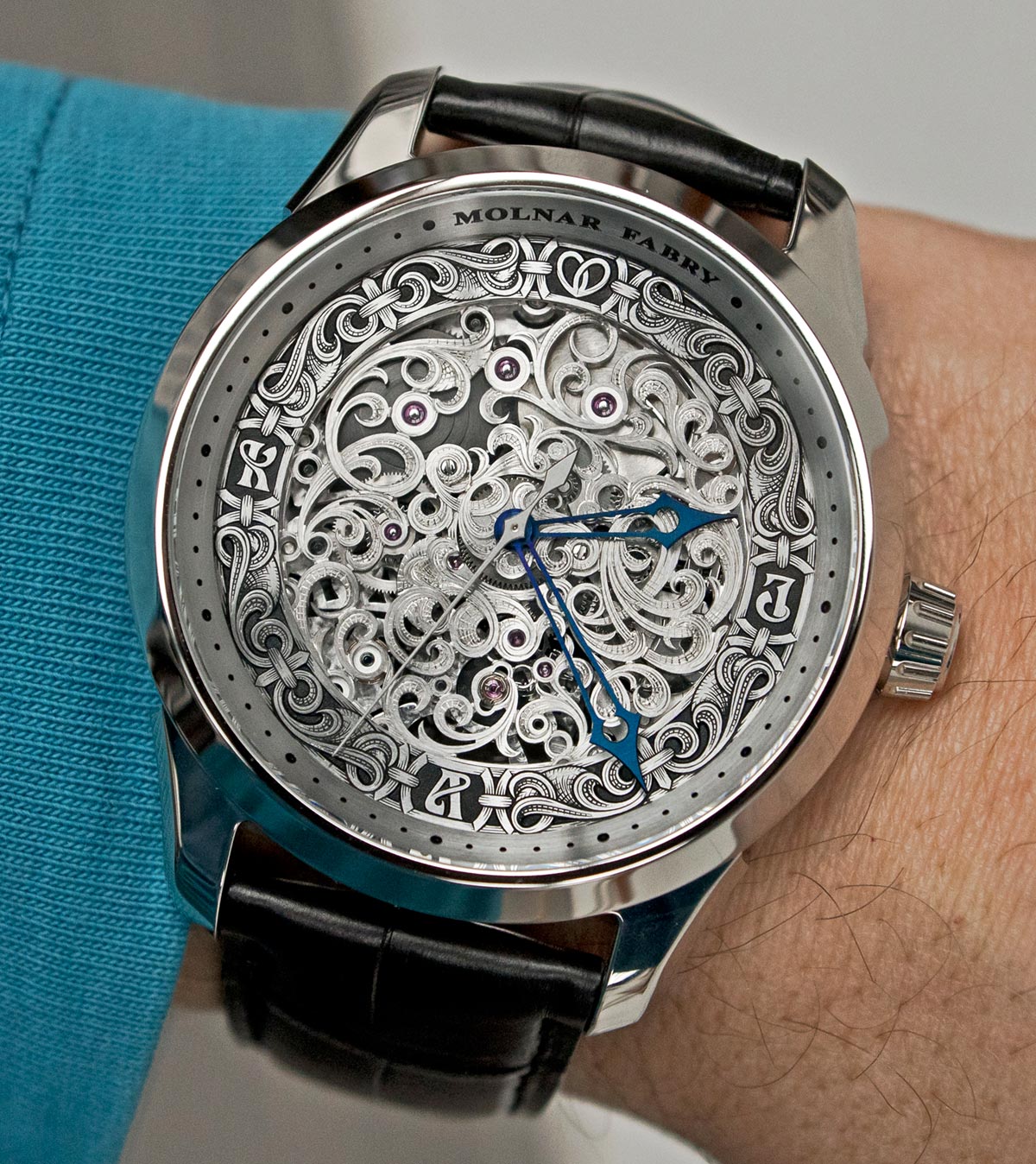 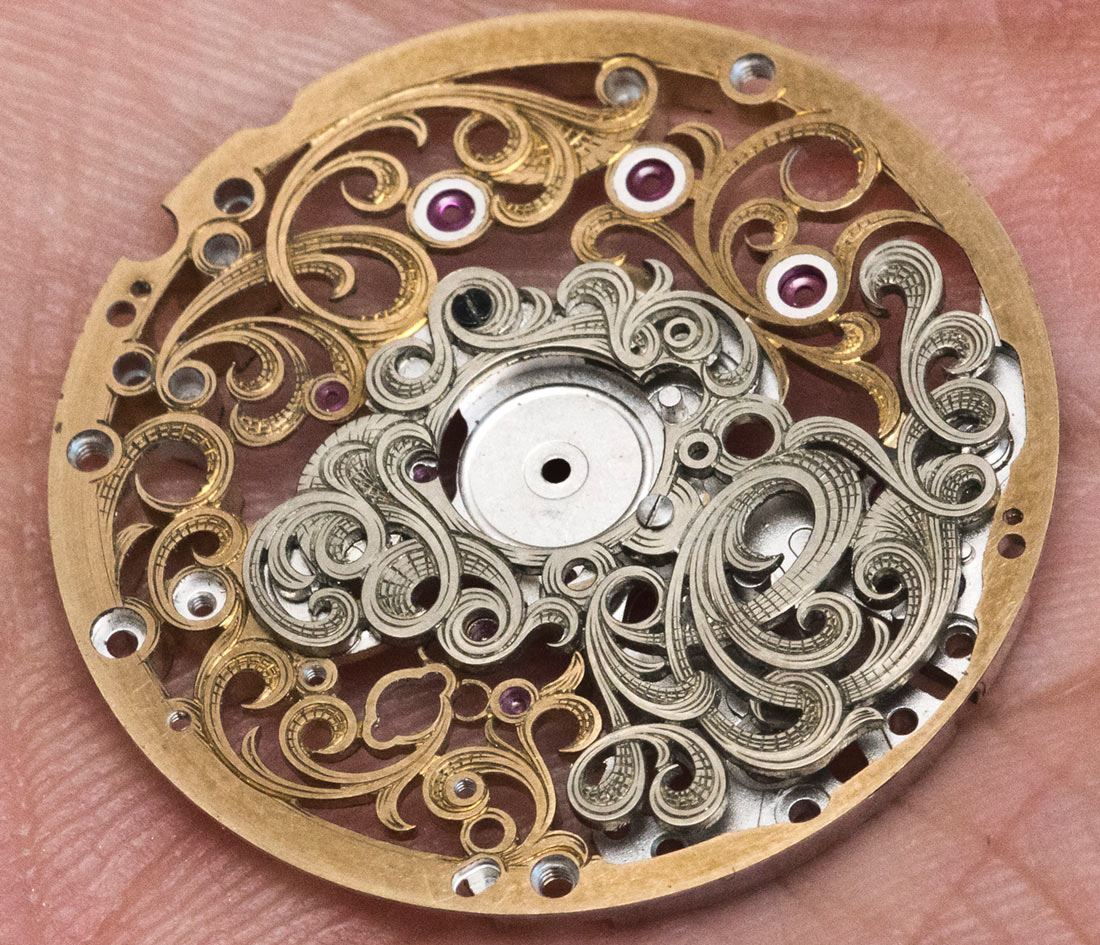 It’s almost impossible to offer an opinion on a piece like this. These orders with Molnar Fabry are so personal and specialized that it really only matters if the customer ordering the piece likes it. That said, I think it’s remarkable that the Slovakian duo was able to successfully incorporate a modern Omega Co-Axial movement into a piece this specialized and customized — to the extent of modifying the movement, itself. By removing the date wheel and mechanism, it created the need to literally craft a new layer for the movement that rests on the main plate to hold everything together. From an armchair watch journalist’s perspective, that’s bananas. 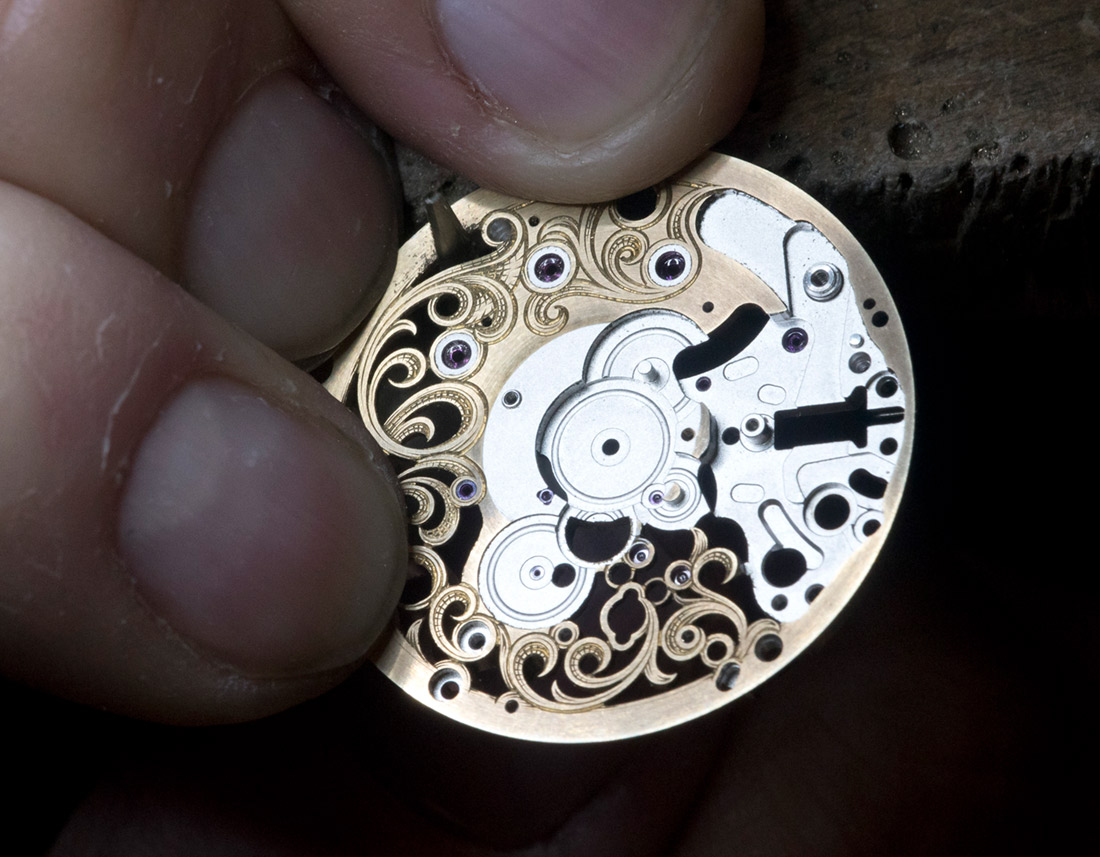 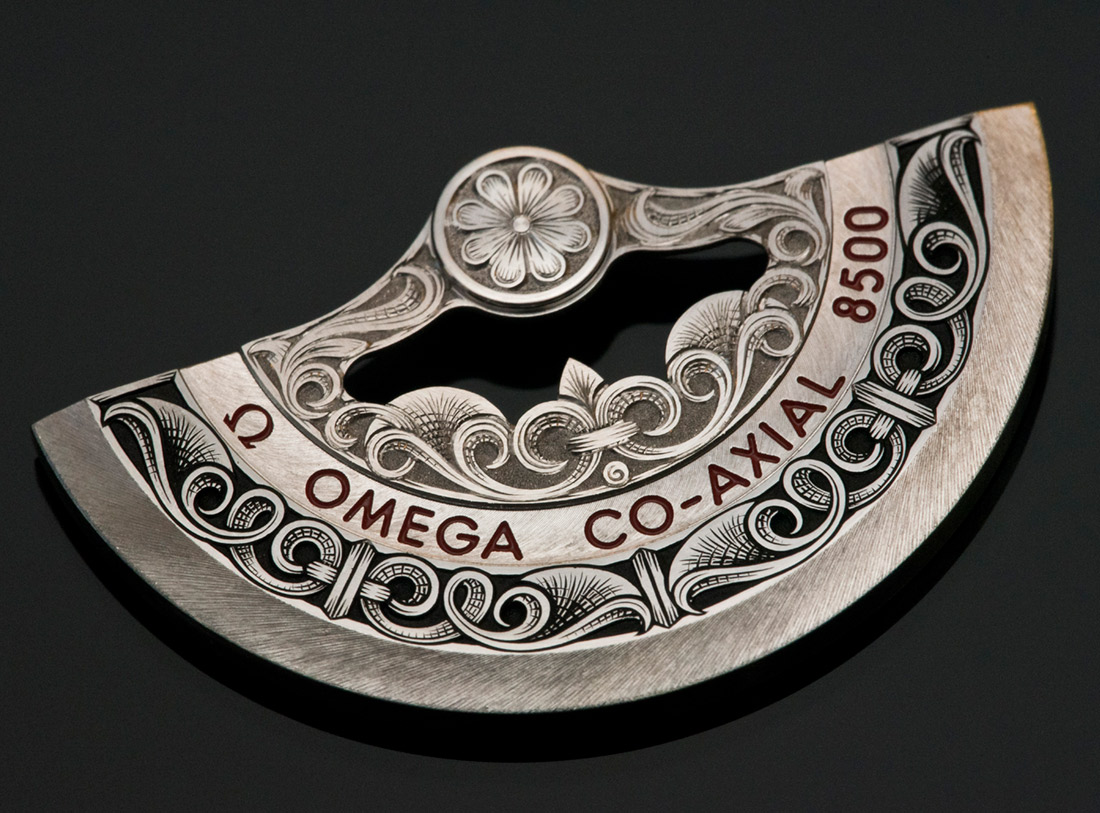 Molnar Fabry is based in Slovakia, so it’s safe to assume that a good deal of their business is done by correspondence. It states on the website that the ordering process starts with the watchmakers getting an understanding of your vision of the piece — it seems like this would be very collaborative. It’s a pretty unusual way to purchase a watch, but the result is truly something unique to you. Obviously, with this piece being a bespoke one-of-a-kind creation, it is not available to the public at large; however, you can start the process through the Molnar Fabry website. It states that the manufacturing process can vary between three and twelve months after the payment of a 50% deposit. There’s no official price for the Corculum, but Molnar Fabry states that a similar piece would be in the ballpark of 15,000 Euros. For additional information, and to start working on your future order, check out molnarfabry.com