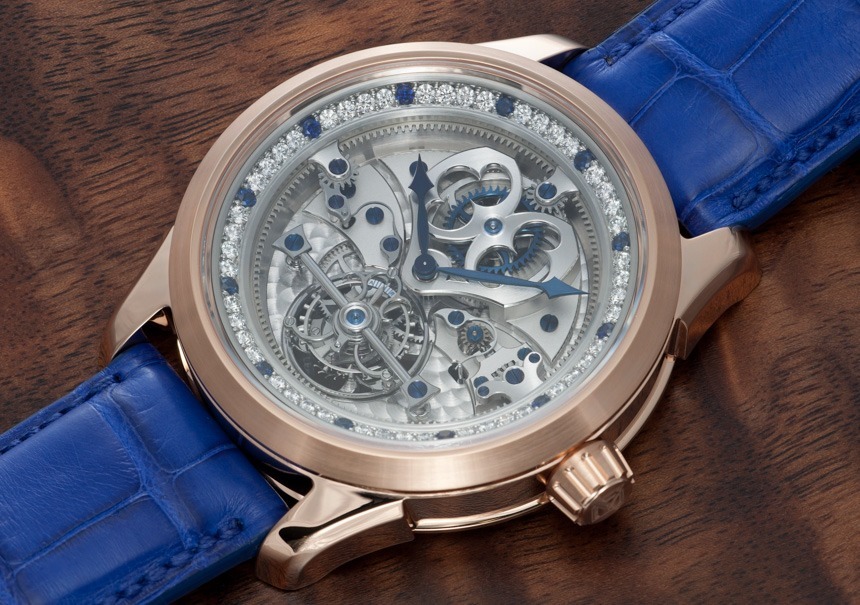 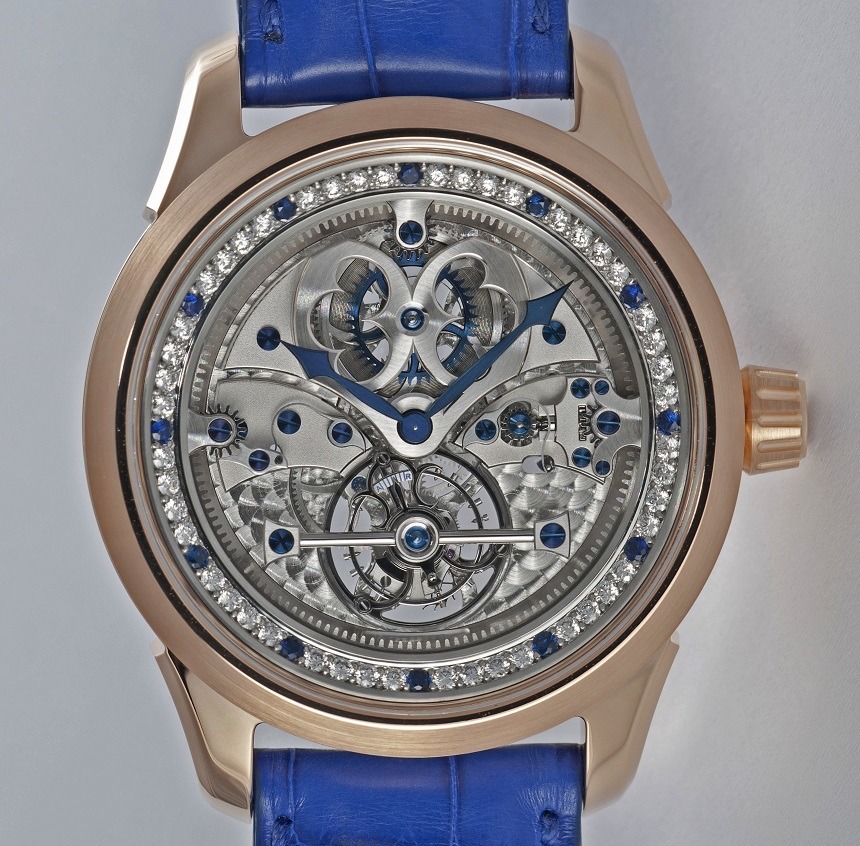 With the increase in mass-produced luxury watches, truly limited runs (let alone unique pieces!) have never been a more attractive emotional and financial investment. Despite the global recession, the luxury watch industry seems to have not only escape unscathed, but rather has performed extremely well over the course of the last two decades. If major luxury brands were not careful, they soon found themselves in a position where their output was upped significantly to respond to the high demand – while independent watchmakers doing masterful work have emerged to cater to those looking for something new and extremely limited in availability. The young and extremely talented Slovakian duo of Michal Molnár and Igor Fábry are two fitting examples, and what you see here is one of their latest creations, the Molnar Fabry Tourbillon Art Nouveau. 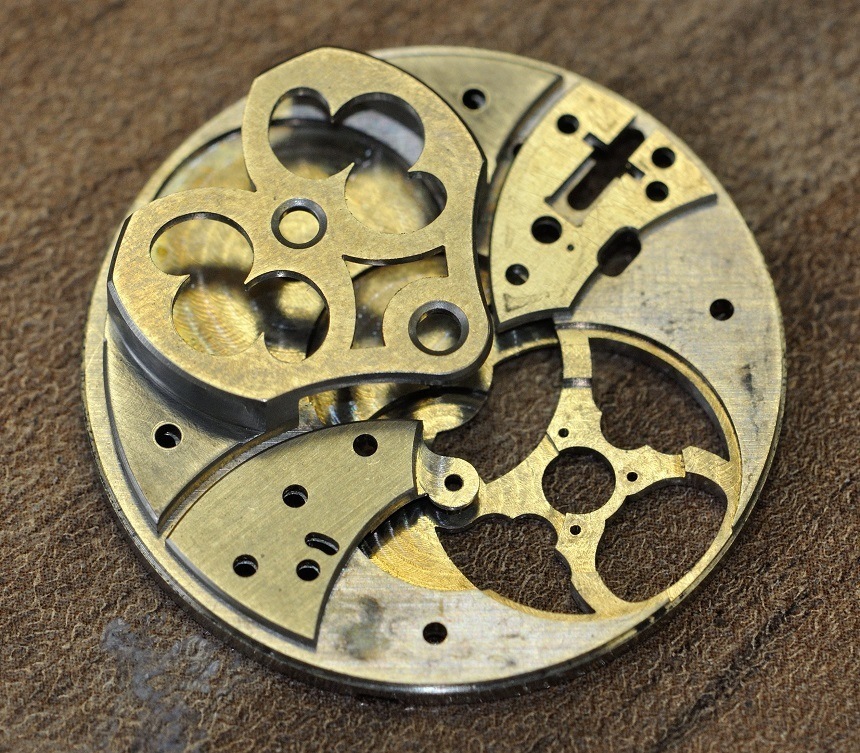 A little over a year ago, we visited their workshop in Banská Bystrica, Slovakia, where the duo – who both learned engraving and skeletonization by themselves as well as through a formal training, and have taught themselves most of the ins and outs of watch assembly – works in a small, but amply equipped “atelier.” What Molnar Fabry does is they take base movements – anything from an ETA 6497 or 2824 to something much, much more complex – they take it apart and, by working closely with the customer, create designs that are always one of a kind, through skeletonizing and engraving movement components, crafting unique hands, dials, and cases. The results are always special and, as you will find if you check the workshop visit article we linked to above, they are so unique, even a trained eye can hardly tell what the base movement is. 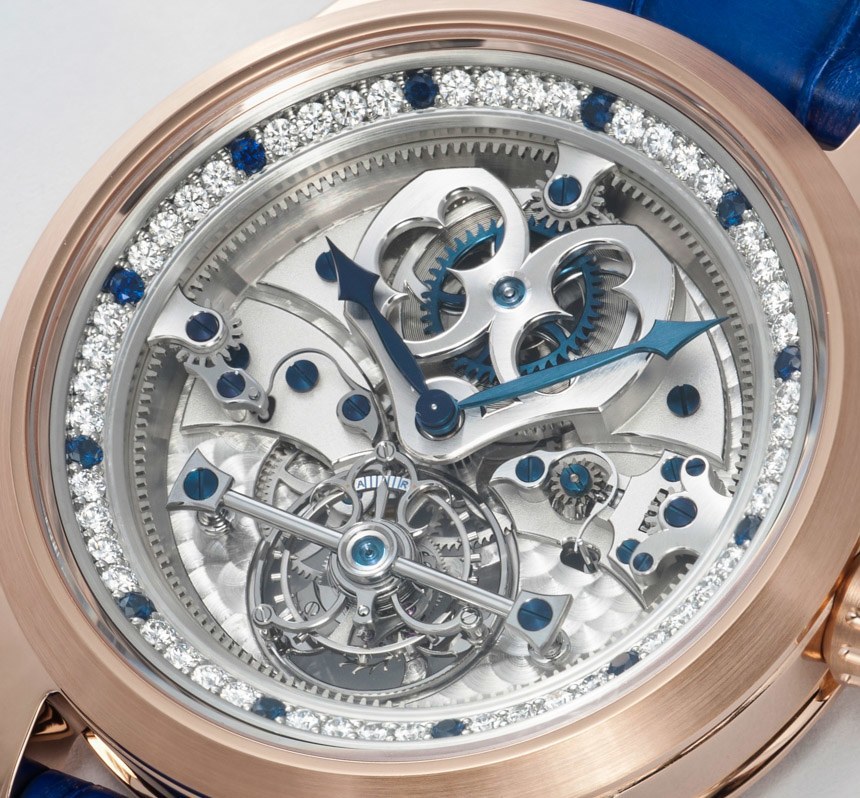 Beyond modifying base ETA movements, Molnar Fabry has been offering something for those looking for a bit more emphasis on horological pedigree. The two have teamed up with none other than Christophe Claret, who has supplied them a handful of his hand-wound tourbillon movements, only to be disassembled and customized by this talented pair of artisans, plying their trade from a humble, patient workshop. Needless to say, Molnar Fabry produces just a few pieces a year. 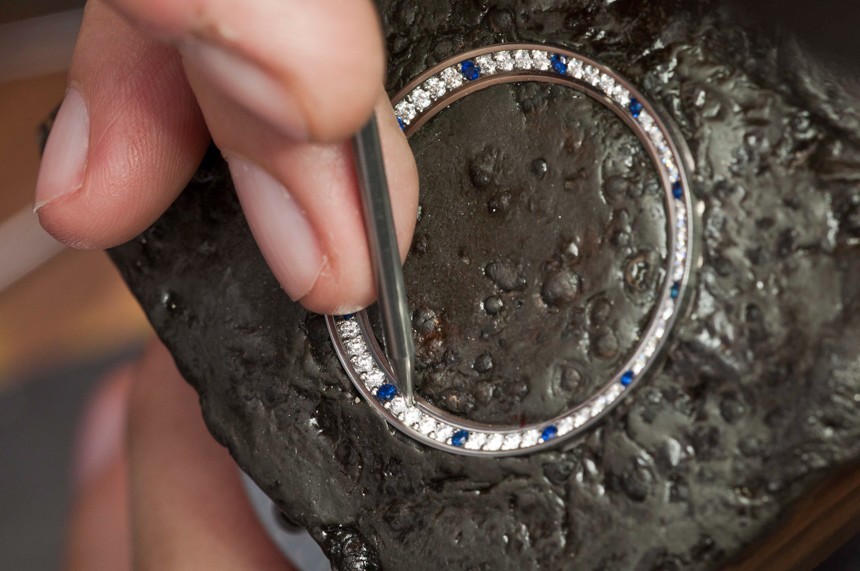 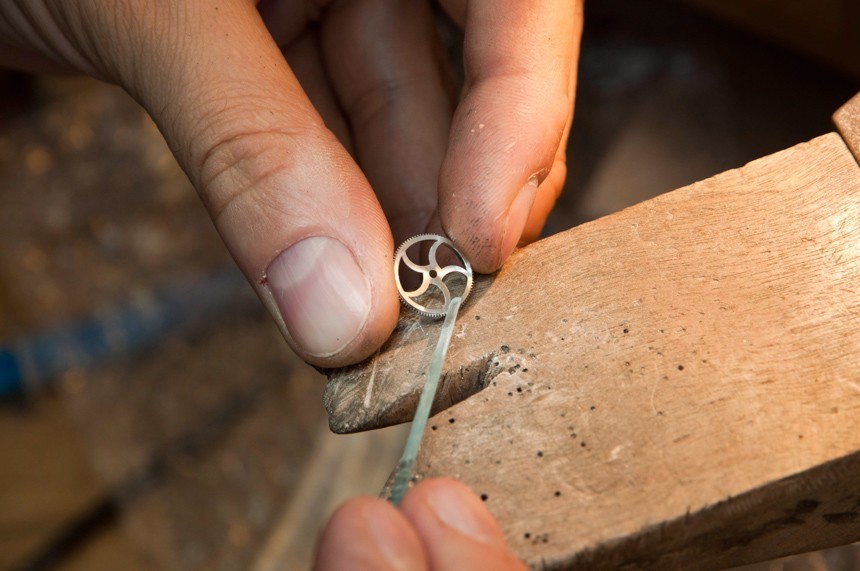 The late George Daniels was renowned the world over for his excellence in the separate trades he deemed necessary to make a watch from start to finish with one pair of hands. The Daniels Method, as it came to be known, is kind of like the holy grail of horologists – a skill set one can realistically only dream of. Not even Daniels would have claimed he was the Master of Time, however close he came. Laudable as the quest for total autonomy might be, there is a lot to be said for drafting in specialists where only specialists will do. The Daniels Method is a really cool, semi-impossible challenge, but even if one person was able to achieve the unthinkable and master every necessary skill to create a watch from start to finish, their output would never be as good as a collaboration of the best in each respective field. 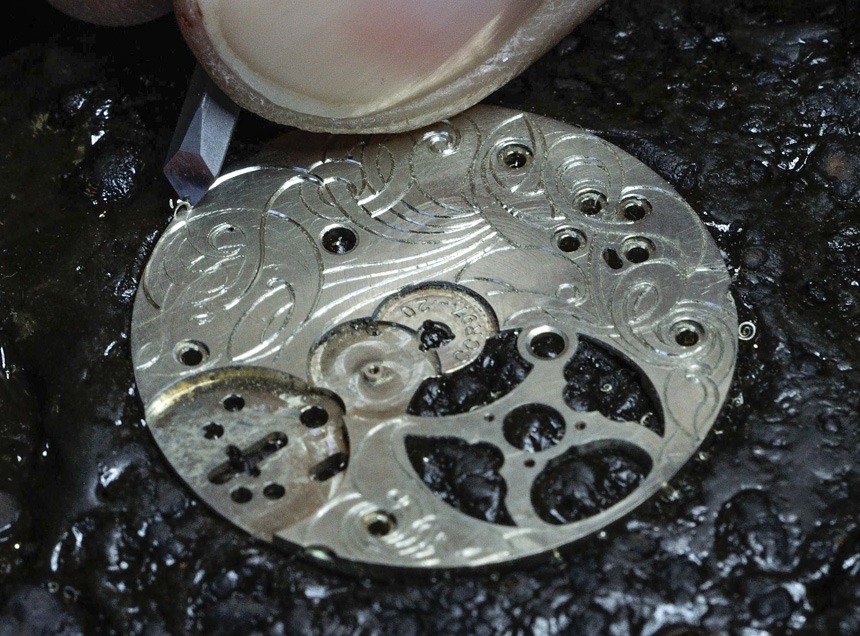 For that reason, exceptionalness should be celebrated when it appears on the wrist. In the case of the Molnar Fabry Tourbillon Art Nouveau, we see the work of two young, passionate, creative men leaping from the sensibly-styled watch case. Although the total focus has to be on the movement, I should mention that I really like the cases these guys are using. They are really simple, almost pilot-like in their dimensions, but made a little more luxurious by the “applied” and chamfered lugs. 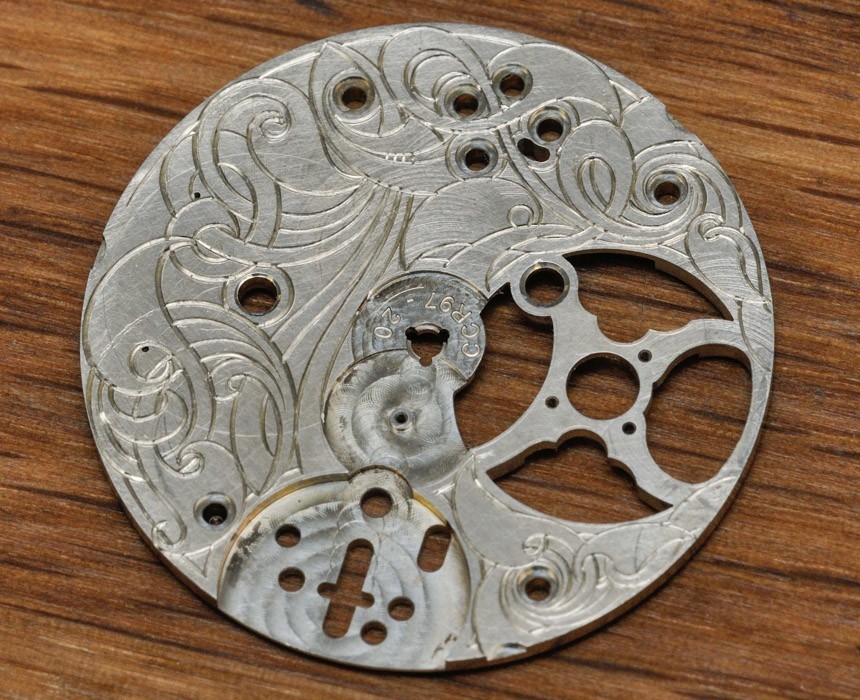 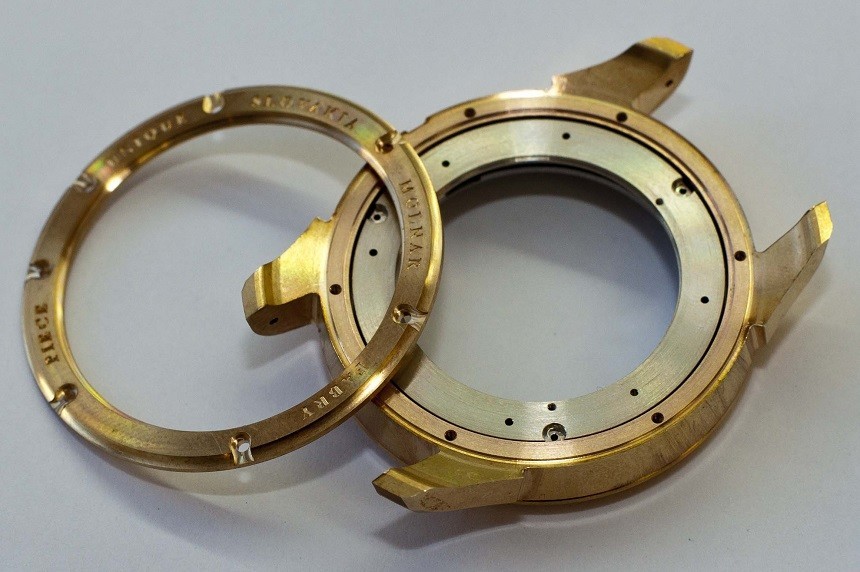 Also, the sobriety of the case shape does exactly what it needs to in terms of presentation: it frames the masterpiece. It needs to be big to house the Christophe Claret movement, and thus measures 44mm. It is made of 18ct rose gold and the case back is hand-engraved, which is a nice way to add a bit of stylistic continuity to the case/calibre relationship. 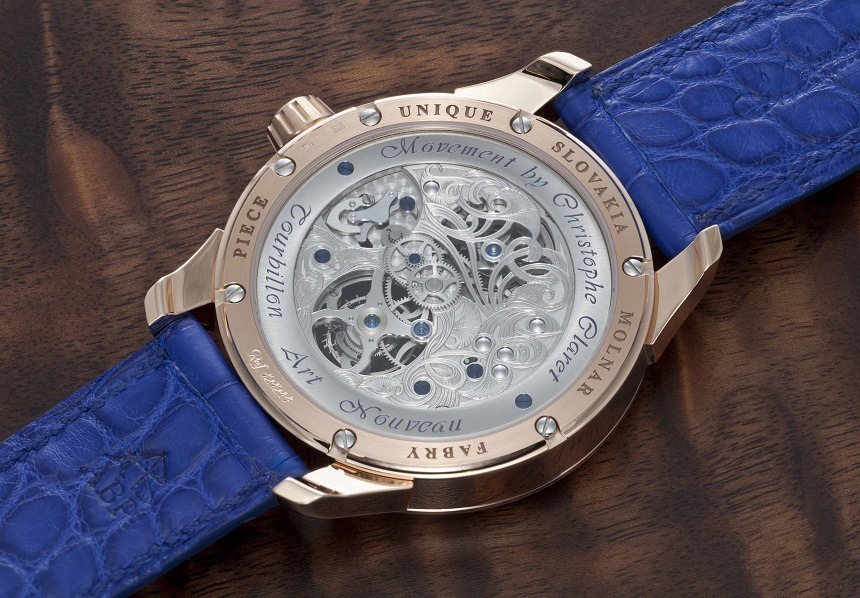 Before we get to the pièce de résistance, it’s worth pointing out the strap. The Molnar Fabry Tourbillon Art Nouveau is a unique piece, and if you want a watch like it, you’ll need to commission the boys at Molnar Fabry to make it for you. Remember, during the collaborative design process that you are not bound to blue alligator for the strap. In the case of the Molnar Fabry Tourbillon Art Nouveau, a blue alligator leather strap that is 22mm between the lugs and tapers to 20mm at the rose gold deployment buckle keeps your time-treasure on your wrist. This coordinates beautifully with the blue jewels of the movement (awesome), and the blue sapphires (0.25ct) set around the chapter ring (or should that be chapter bling?). While blue alligator does not coordinate with is everyone’s taste, for some, this will be an ocular feast. 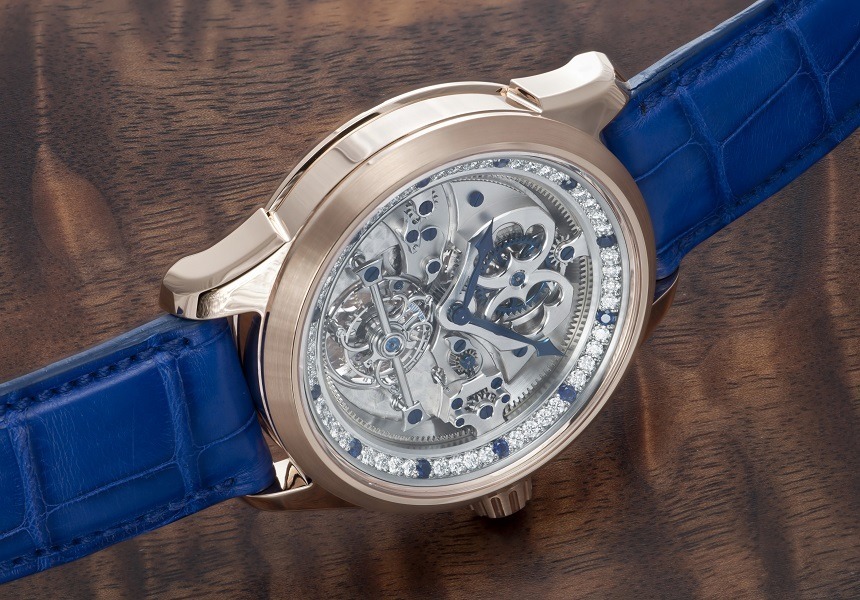 Anyway, it doesn’t really matter about the strap. I would gladly affix this watch to my wrist with beef jerky, sticky tape, or a badly braided length of my own hair, because the reward would be worth it. Getting to look at the level of craftsmanship on show here is a real treat. A Christophe Claret movement is never to be sniffed at, but the customized CCR97 with 110-hour power reserve, one minute tourbillon (running at 21,600 vph), and 19 specially-sourced blue jewels is a sight to behold. Surrounded by white diamonds (1ct), this calibre looks every bit the superstar. It is, however, the skeletonization of the plates that really set this piece apart from its contemporaries. 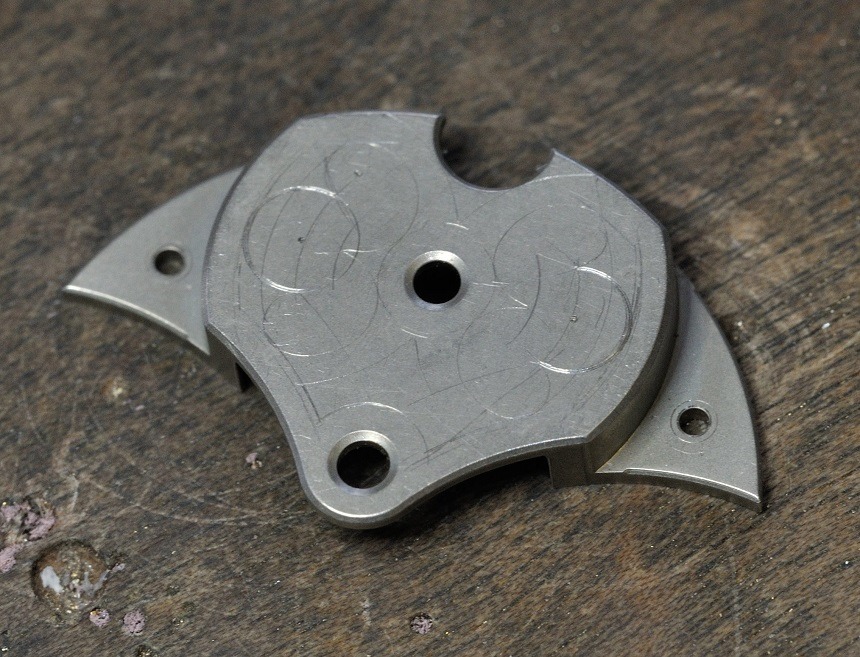 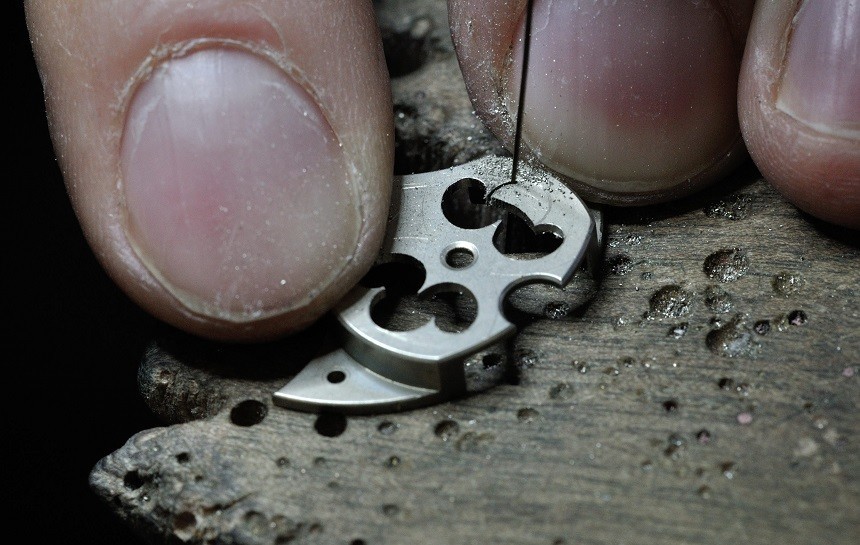 I’m known as a bit of a stickler for authenticity. In theory, the fact that Molnar Fabry are taking someone else’s movement and putting their stamp on it should be as uncomfortable for me as Bamford customising a Rolex dial to feature Popeye as the time-teller (although maybe that’s a bad example, because that customisation is about as cool as they come). But in the case of the Molnar Fabry Tourbillon Art Nouveau it doesn’t bother me at all, and I think that’s because of the honesty of this collaboration. 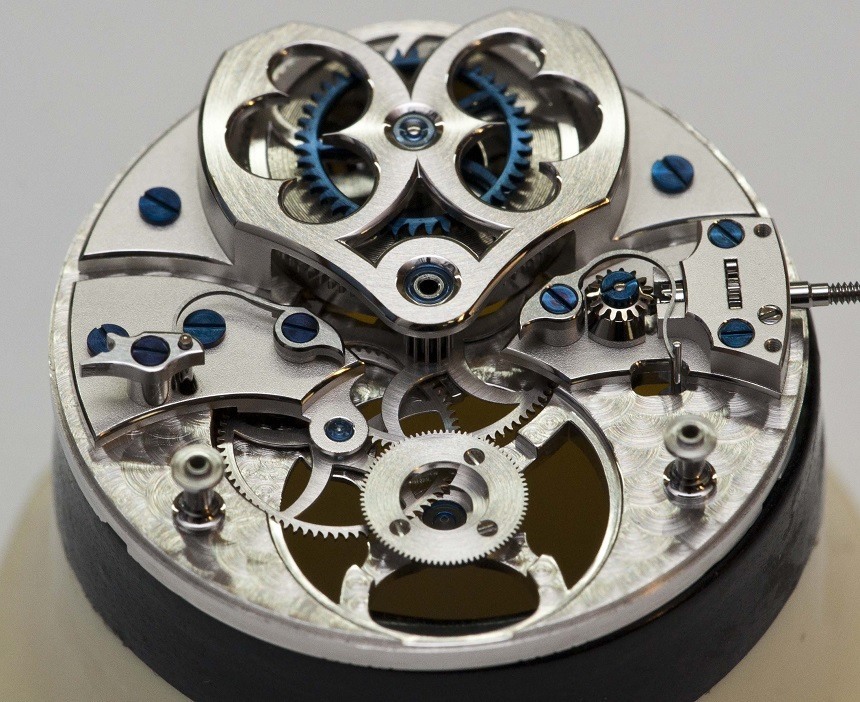 Molnar Fabry as a company is not a “watchmaker” in the traditional sense of the word. The boys in charge have taken pains to educate themselves in the field of horology and have clearly mastered watch assembly (and a bit of component design too – see the custom balance wheel on some of their pieces), and you could argue that they themselves are plenty skilled enough to call themselves watchmakers. But that’s not their selling point. They are unabashed artisans from another field. Horology should be honored that they have given their talents to it. 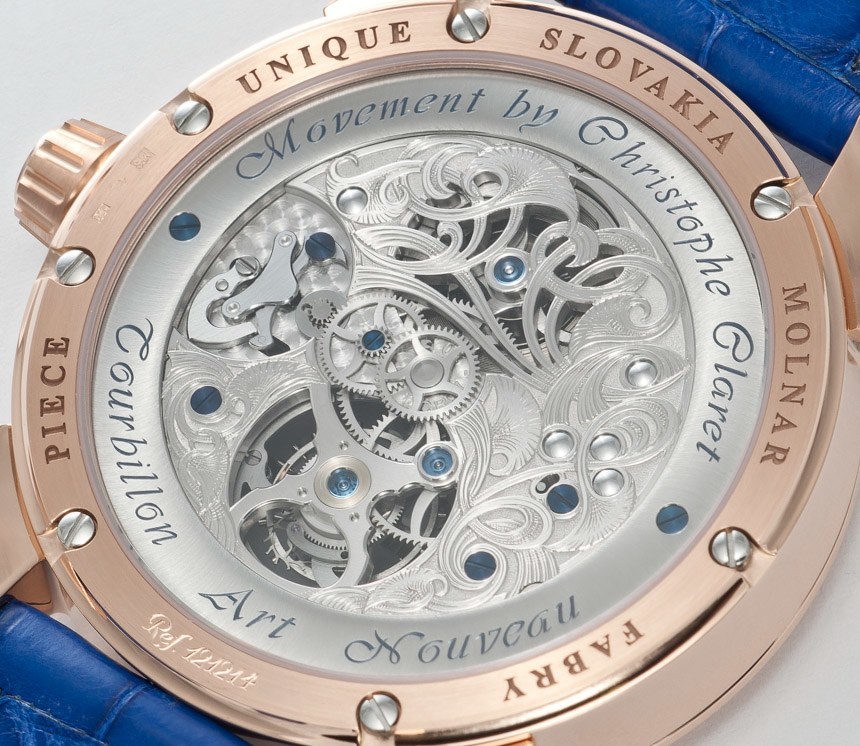 So fawning aside, here are some of my top takeaways from the Molnar Fabry Tourbillon Art Nouveau movement up close: The bridges are so well skeletonized, they look like they’ve been cut with a CNC or a laser, but they have been cut by hand. I can envisage the process one would have to go through to finish one piece of this movement to that standard – one, asymmetrical piece. I could just about imagine bevelling a cock to that standard, if you gave me six months to do it, but this entire watch was created over a period of three months. It may not sound super fast, but it’s certainly a lot of work to cram into that time frame. 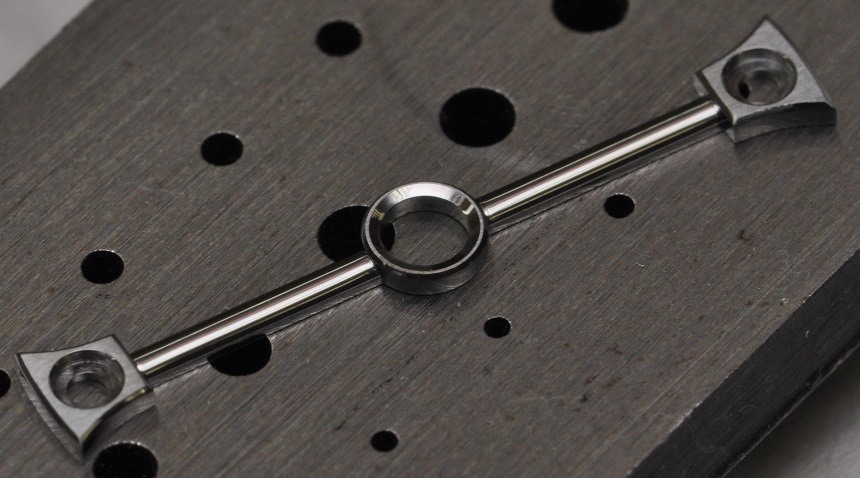 Achieving the balance, the symmetry, the consistency seen in, for example, the tourbillon cage… it’s simply staggering. Now, you may find the end product a little too meretricious for your tastes, but just because you wouldn’t strap a Fabergé Egg to your wrist, doesn’t mean you can’t appreciate the fine level of craftsmanship that went into its creation. The Molnar Fabry Tourbillon Art Nouveau also features a high-polished tourbillon bridge, which acts as a lovely counterpoint to the softly perlaged plates surrounding it.

But it is the back of the watch where the real skill of Michal Molnár and Igor Fábry is apparent. Wonderfully executed “bank note” engraving enlivens the back. The movement ring is also hand-engraved with the watch name and the name of Christophe Claret. 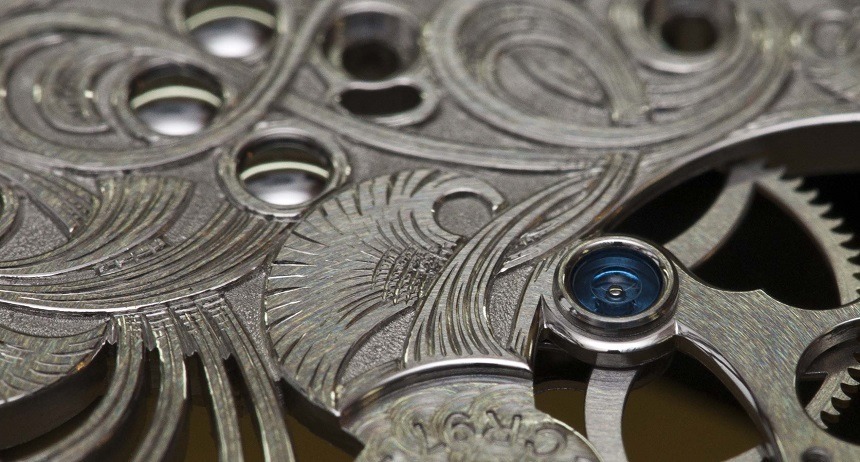 The blued steel hands are also hand made and lead me to another of my favourite things about the Molnar Fabry Tourbillon Art Nouveau – the colour scheme. Okay, so red jewels are nice, but sometimes they really jar with the overall appearance of a watch. Sometimes, I wish that more brands experimented with the colour of jewels, which can be affected by changing the additives put into the corundum during the creation process. Blue jewels, sapphires, blued steel, and that sexy blue alligator strap all marry well with the rhodium of the movement and the rose gold of the case. Only three colours appear on this watch. With the blue jewels, Molnar Fabry could have dropped the colour count to two if they’d stuck with the white gold case that housed their previous tourbillon, which was created in an Art Deco style. Much as I love the cleanliness of a bicolour scheme, the rose gold adds a dash of class and luxury I really do appreciate.

The prices for all watches from Molnar Fabry are dependent on the piece in question. The Molnar Fabry Tourbillon Art Nouveau is a unique piece, and so prices are always quoted on an individual basis – what we do know is that the starting price for one of their creations featuring custom engraving and skeletonizing, and a Christophe Claret tourbillon base movement, is €120,000 or around $135,000. Their non-tourbillon pieces start at around $13,000 and go from there, depending on complexity and materials used. In an era of mass-production and generic styling, Molnar Fabry offer a genuine alternative to the norm. And long may their craft and creativity persist. molnarfabry.com