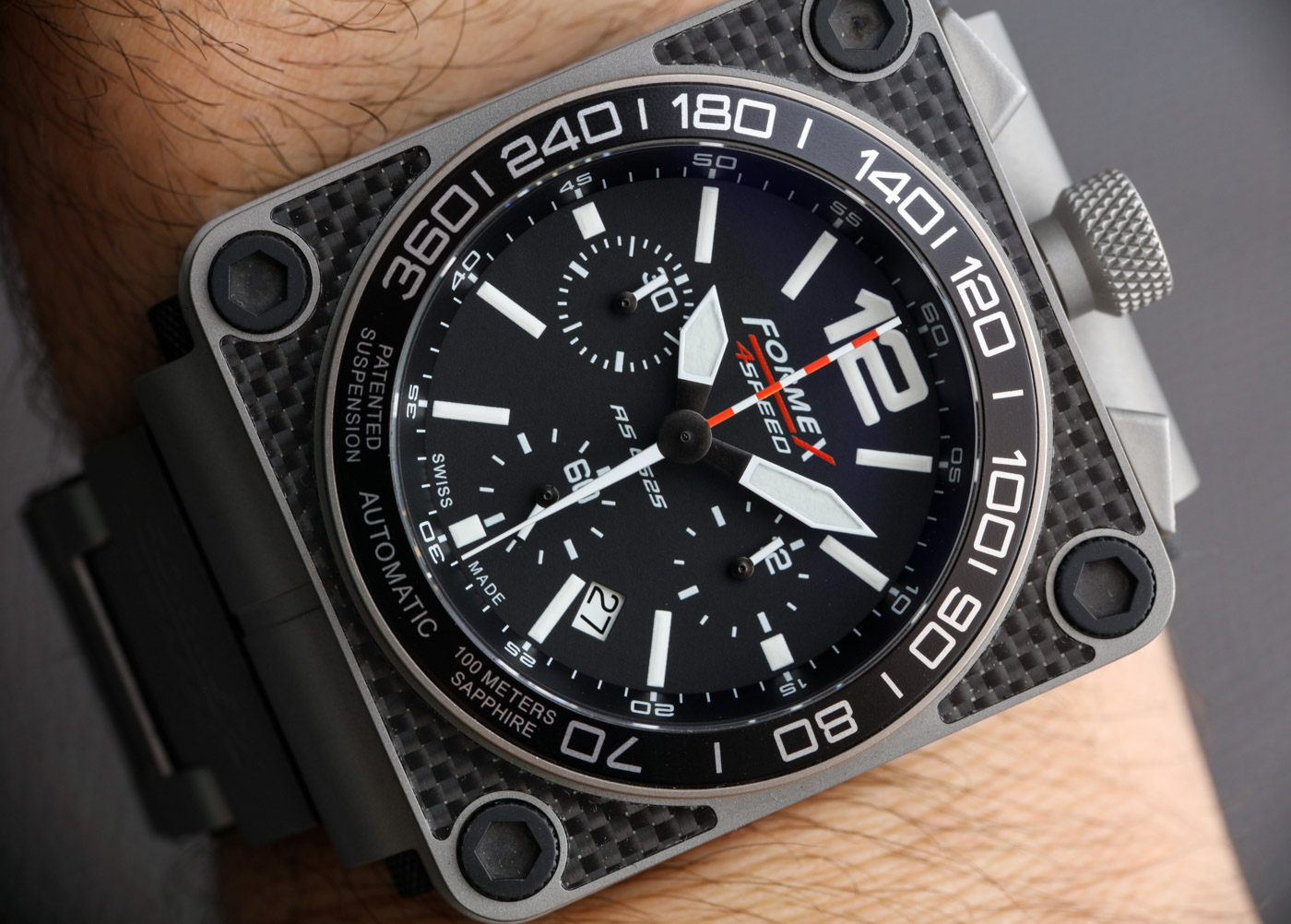 Hands-On • No Longer Made 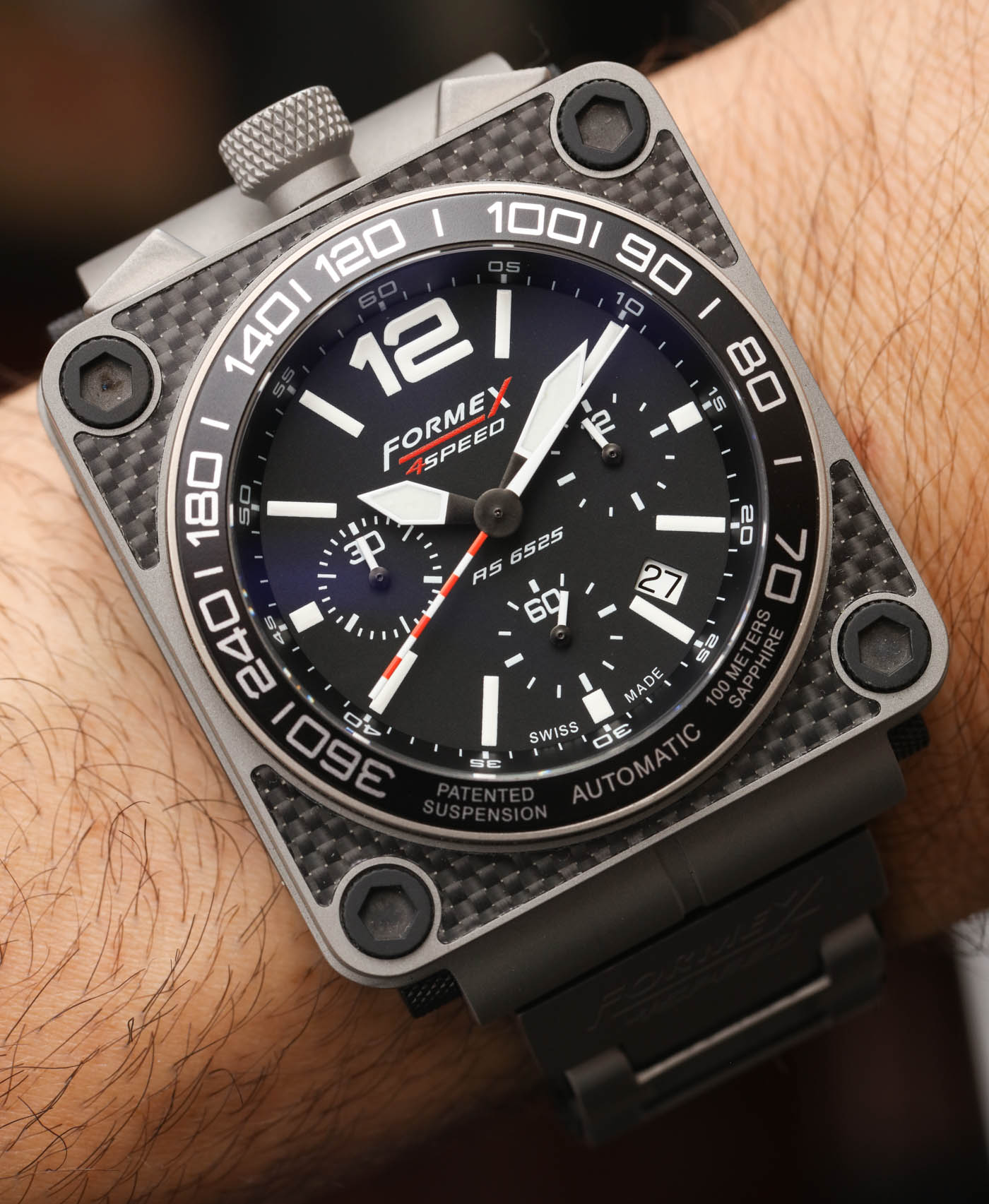 Formex as a watchmaker exists today in a different form from the original brand as it was several years ago. Such situations are increasingly common today as entrepreneurs interested in making watches typically have more success using established names, as opposed to starting new ones. The Formex of today is a sort of blend in the models because, while the name isn’t new, the products the brand produces today are. I’m a pretty enthusiastic fan of today’s Formex, but what got me interested in the brand was the its original products. Today I go hands-on with one of those items, the Formex 4Speed RS 6525 (reference 65251.8024).

This is a pretty wild, yet still cohesive wristwatch design that I don’t think has much of a chance of being produced again in today’s market. When Formex was designing and producing its 4Speed watches, there was a big push in the watch industry for ever more distinctive and original designs. Formex, as a company, had a very similar design philosophy to Richard Mille (though each company executed its vision differently), and that was to have wristwatches directly inspired by the world of automotive racing. 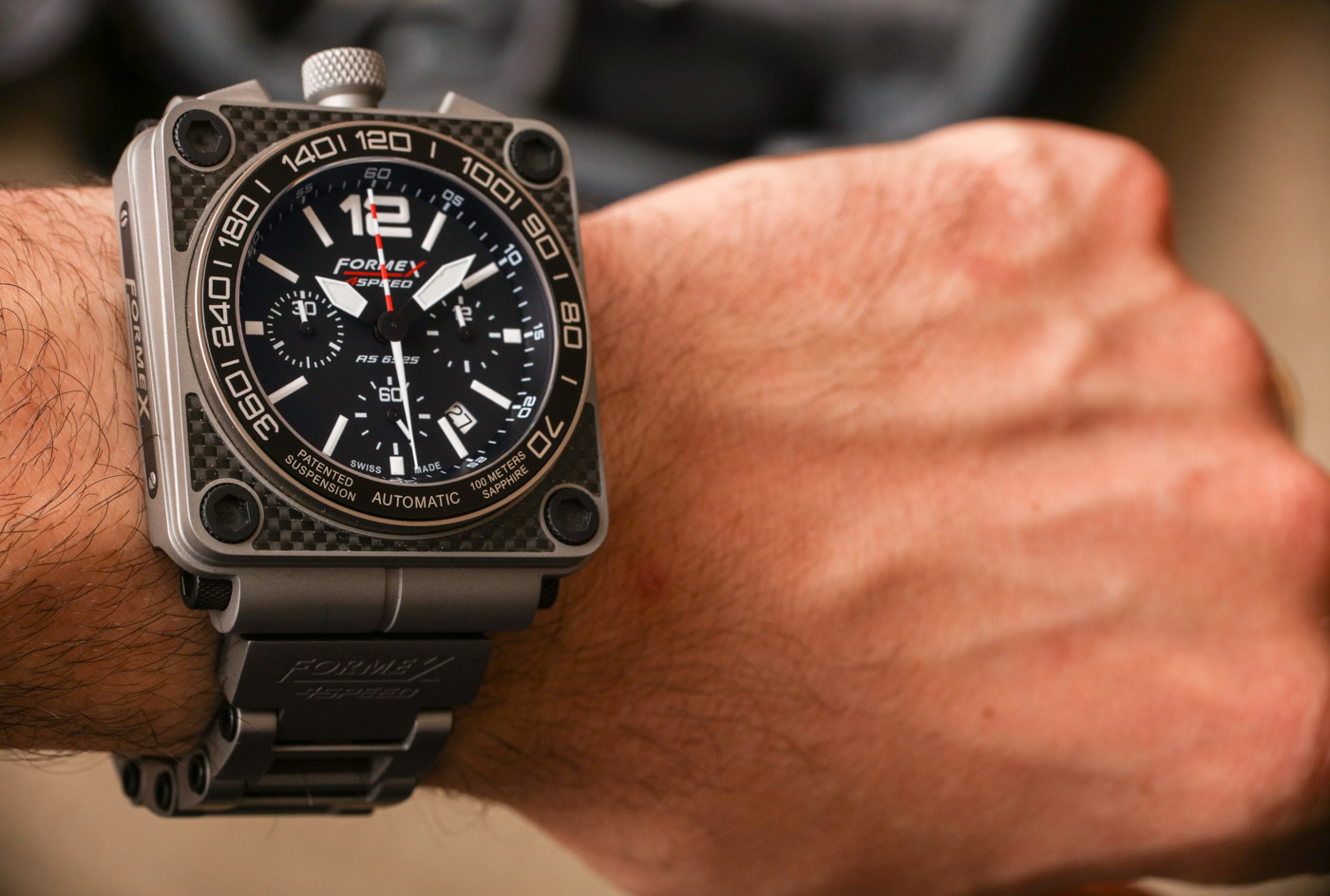 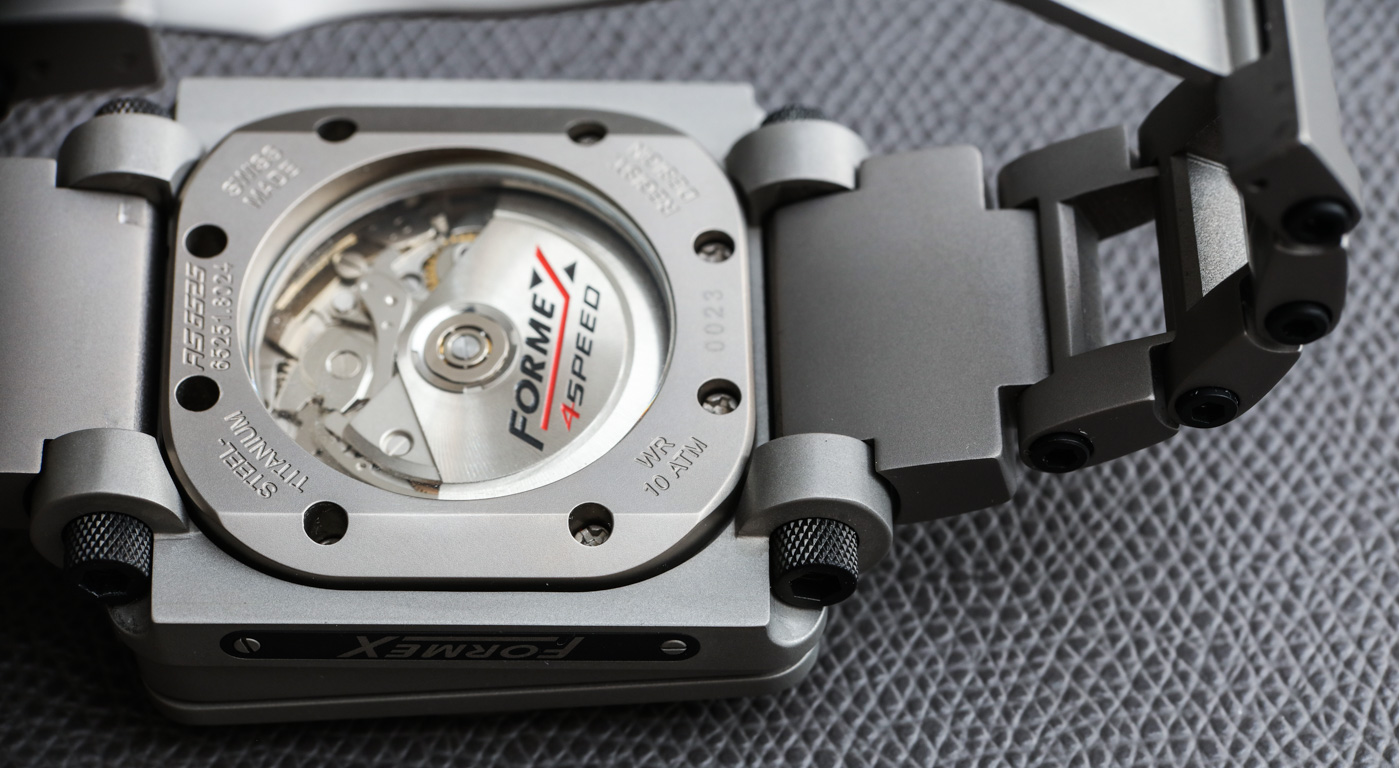 Such inspiration allowed Formex to develop its patented case suspension system, which is a key feature still found in Formex watches today. The 4Speed RS collection certainly has this feature built in. The idea is to allow the watch case to be less affected by ongoing environmental vibrations that move through your wrist, which could negatively effect the timing performance of the mechanical movement’s regulation system. It is a simple but effective feature and well-suited to the spirit of making a watch for actual race car drivers to wear. The case suspension system is also pleasing to play with because you can manually push the case up and down to see how the spring-loaded case shocks work. The Formex 4Speed RS 6525 didn’t just stop there, though, as this has a ton of interesting functional and decorative features which, for me, make it a wonderful example of instrumental-timepiece design circa 15-20 years ago.

A good way to appreciate the uniqueness of what Formex was doing at the time is to look at the 4Speed bracelet. Like the rest of the watch, it is in a bead-blasted finish of darker gray titanium (which matches the case, of course). The bracelet was designed to be light but very durable — and it looks the part. The titanium construction and cutout links make for an interesting, functional look, while the clearly oversized and black-colored hexagonal screws in the links, lugs, and on the bezel give the watch a sense of serious strength. Finally, the bracelet has a fold-over deployant clasp with an actual clasp lock switch. This isn’t entirely unique, but it is rare, and Formex did it nicely. Formex included a series of racing-style straps with the 4Speed RS 6525 watch, but with a bracelet this distinctive, it is hard to pass it up. 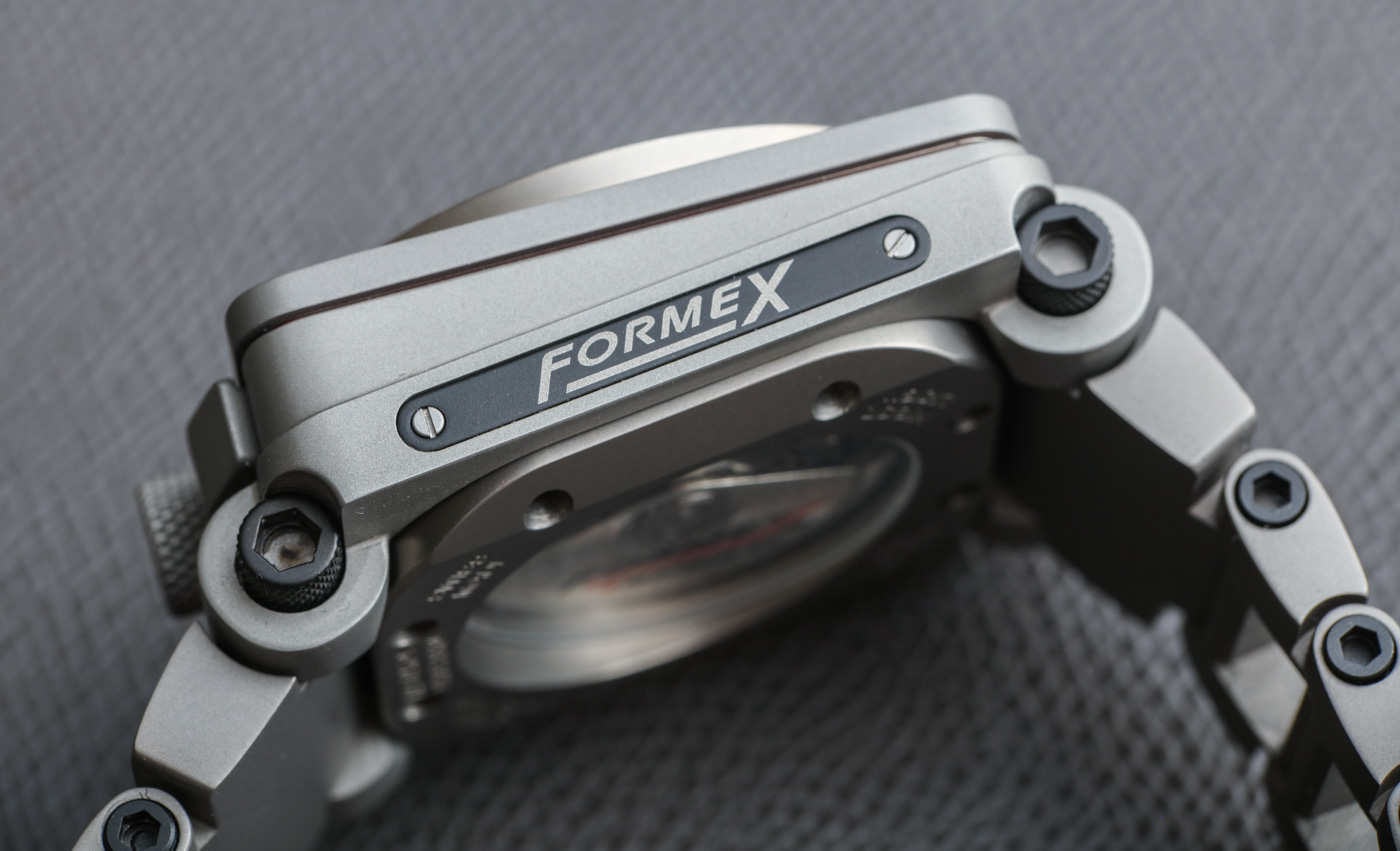 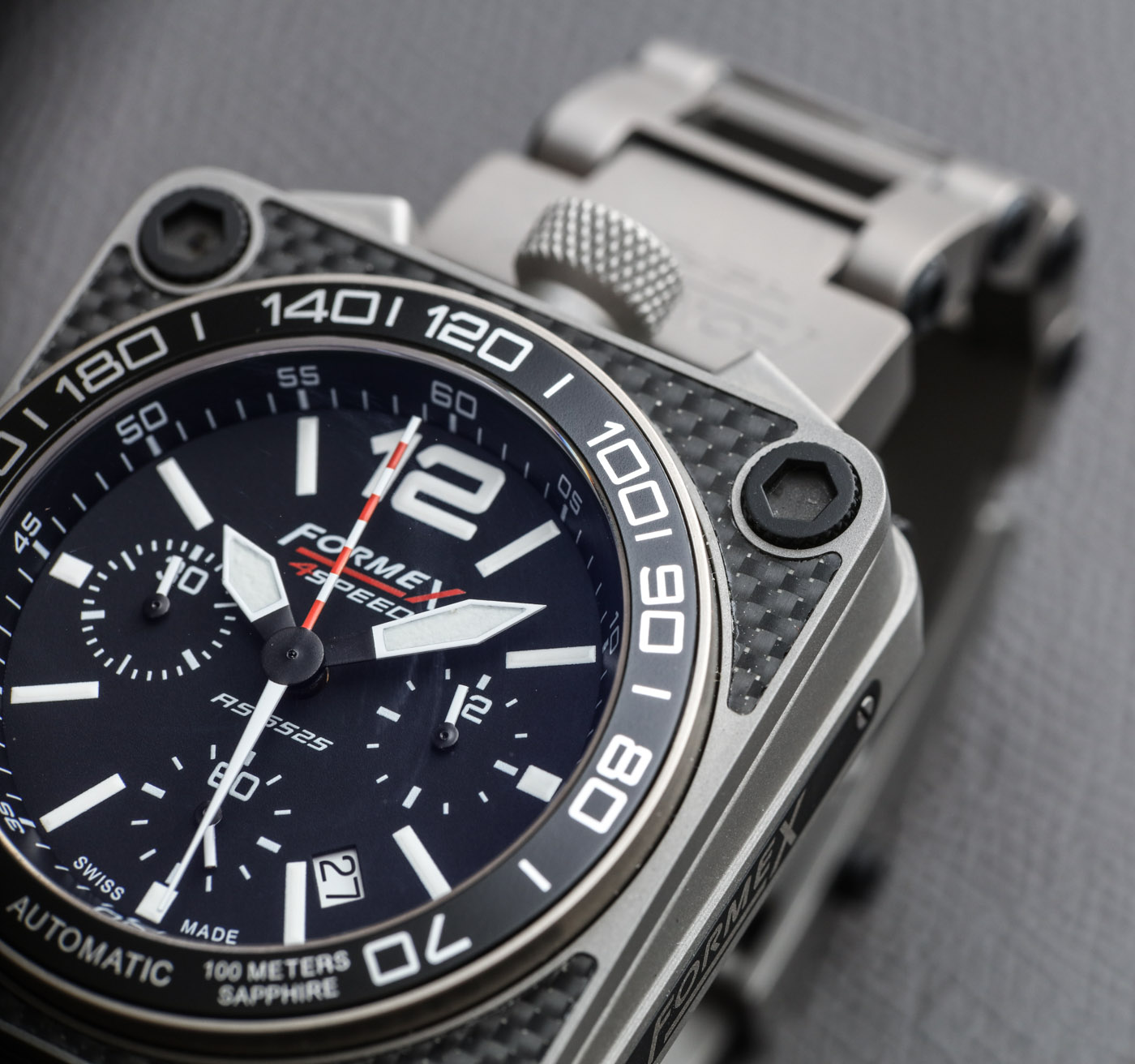 The square 4Speed case was complemented by round versions. I believe, at the time, Formex was inspired by the Bell & Ross BR01, which, when it came out around 2004 was super-popular and made the square case with four bezel screws and instrument-style dial popular. I don’t actually recall the year Formex released the 4Speed RS 6525, but I believe it was after the Bell & Ross BR01 Instrument collection. Formex didn’t copy the watch, per se, but used a lot of the design codes for its own use — to a nice effect, in my opinion.

I believe the Bell & Ross inspiration allowed for the dial to be a bit more aviator-style than racing-style. That means, at heart, the dial is a very effective mixture of entirely non-reflective features with high white- to-black contrast ratio to make it very legible. As such, under the AR-coated sapphire crystal, the dial of the 4Speed RS 6525 is extremely easy to read as being almost entirely “all business.” The only decorative feature I might be able to point to is the double-sided seconds hand. Even then, I think it was designed to allow both sides of the hand (since they are different colors) to be used for different reasons. Around the dial is a sloped flange ring with minute markers, and around the entire face is a tachymeter scale printed in the round bezel insert. 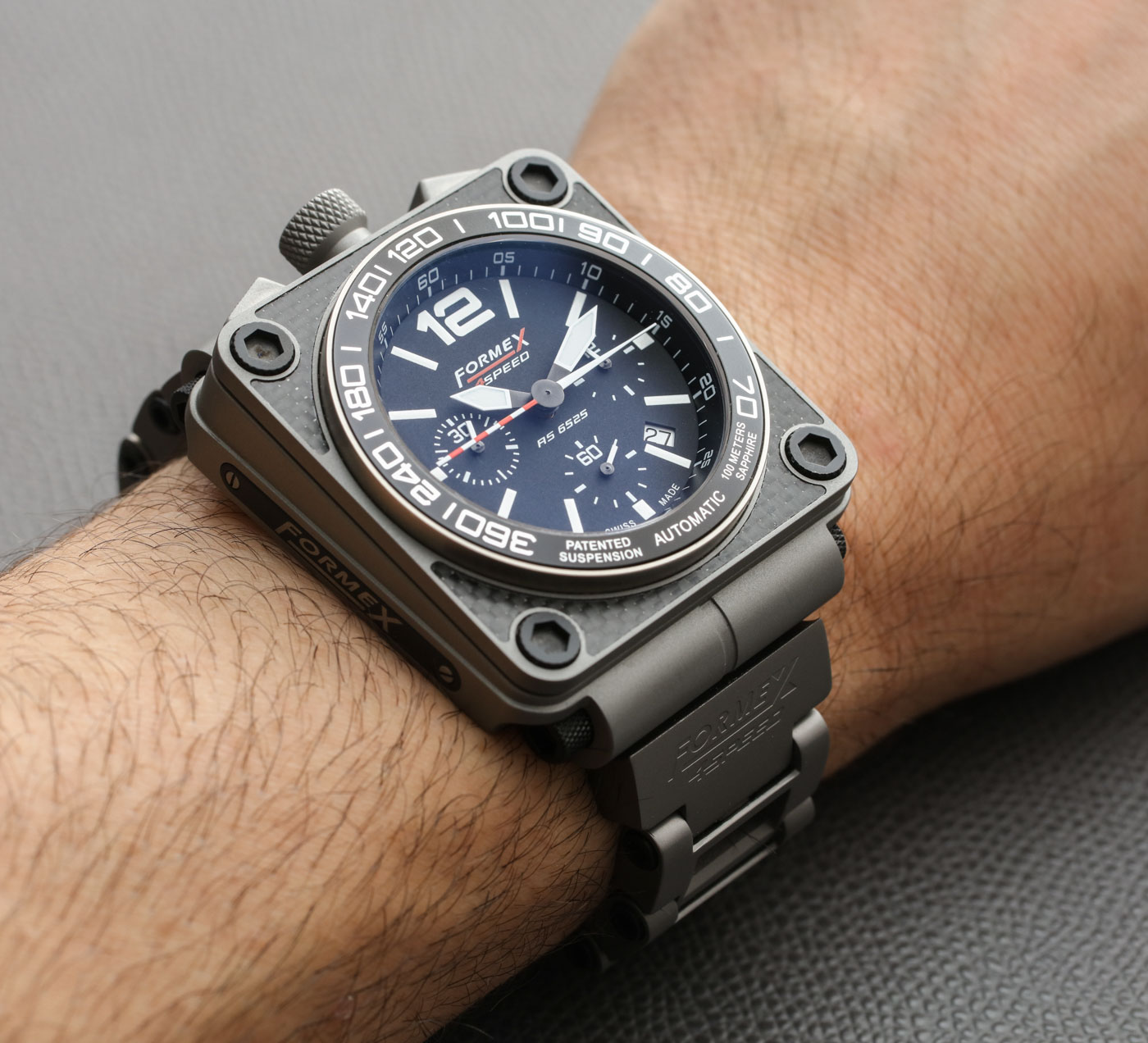 Giving this 4Speed RS 6525 watch even more personality is the tiled, bullhead-style square case. Produced in titanium with some steel parts, the 44mm square case (water resistant to 100 meters) is an interesting piece of engineering. In addition to the case suspension, the case also has articulating lugs to help it fit on even smaller wrists, as well as a tilt to it so that it can be a bit more easily seen when on the wrist while your hands are on a steering wheel. The case also has the crown and pushers placed on the top of the case, as opposed to the side, making it a bullhead-style chronograph. The sides of the case have very high-quality Formex branding plaques, and the top of the case around the bezel has authentic carbon fiber inlay. (At the time, carbon fiber was an extremely popular material for luxury watches and only became less interesting when materials such as ceramic started to become more popular.)

Though the caseback’s sapphire crystal window, you can see the Swiss ETA Valjoux 7750 automatic chronograph movement that powers this Formex watch. It is a stock 7750 with a bespoke Formex 4Speed automatic rotor plaque on it. The stock 7750 was able to offer this particular chronograph subdial layout because it was tilted on its side for the crown and pushers to be at the top of the case. The date is placed in a window between 4 and 5 o’clock on the dial. 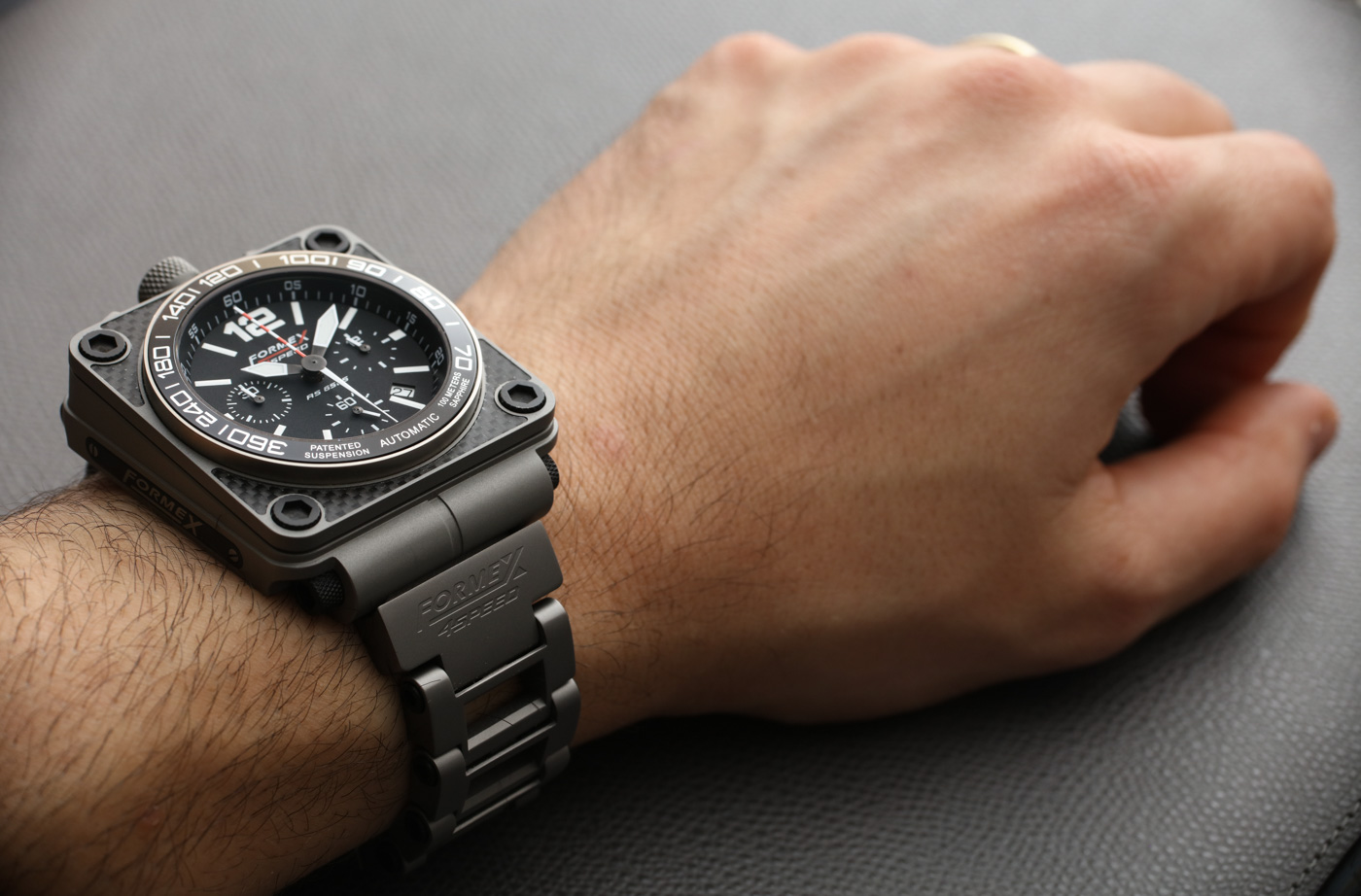 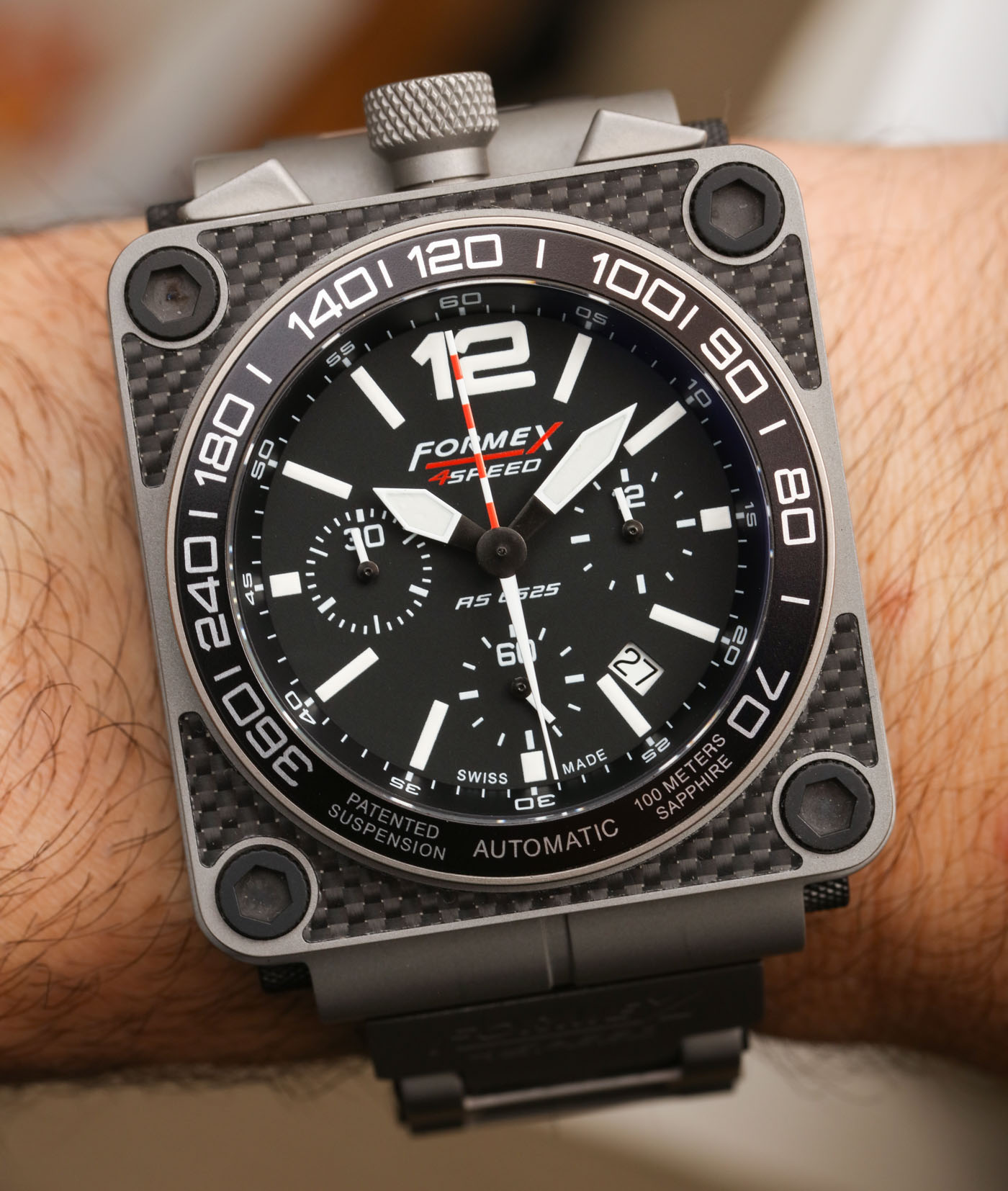 With models such as the dressy Essence being so popular today, Formex has a different set of fans in 2019 than I believe it did back when the brand was operated by its former ownership. I don’t actually think Formex was appreciated enough for what it was, and that is likely due only to a lack of effective marketing and a very crowded market. The older Formex watches I’ve seen are really cool and probably worth checking out as a complement to, but not in place of, today’s Formex models since the brand is really not the same today. What has remained is a fun sporty spirit, the case suspension system, and focus on value and performance above all else. I still do, however, really like wearing my now-“vintage” Formex 4Speed RS 6525 reference 65251.8024. The original retail price was $3,090 USD. Learn more about today’s Formex via their website here.