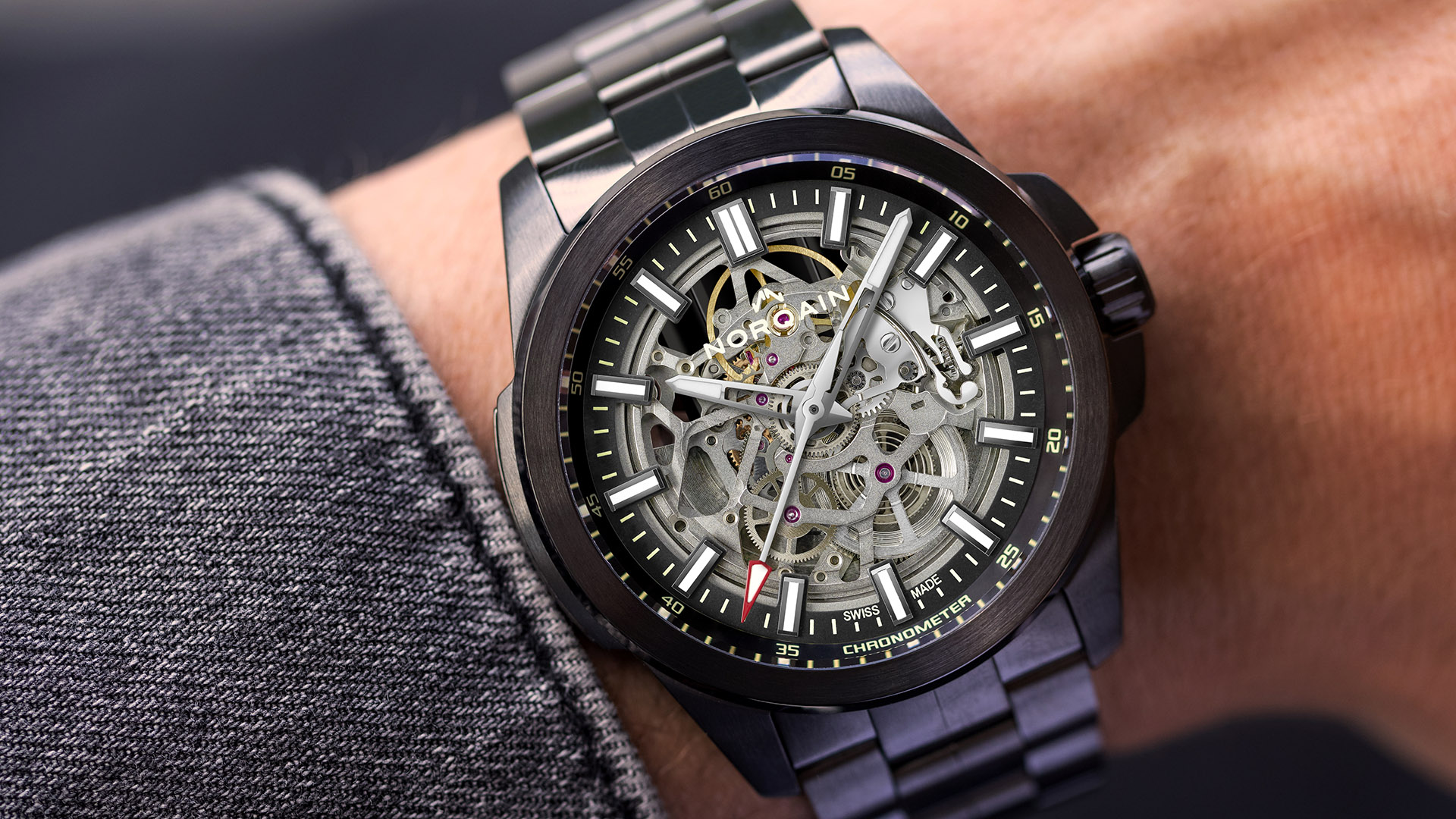 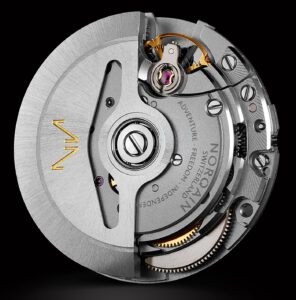 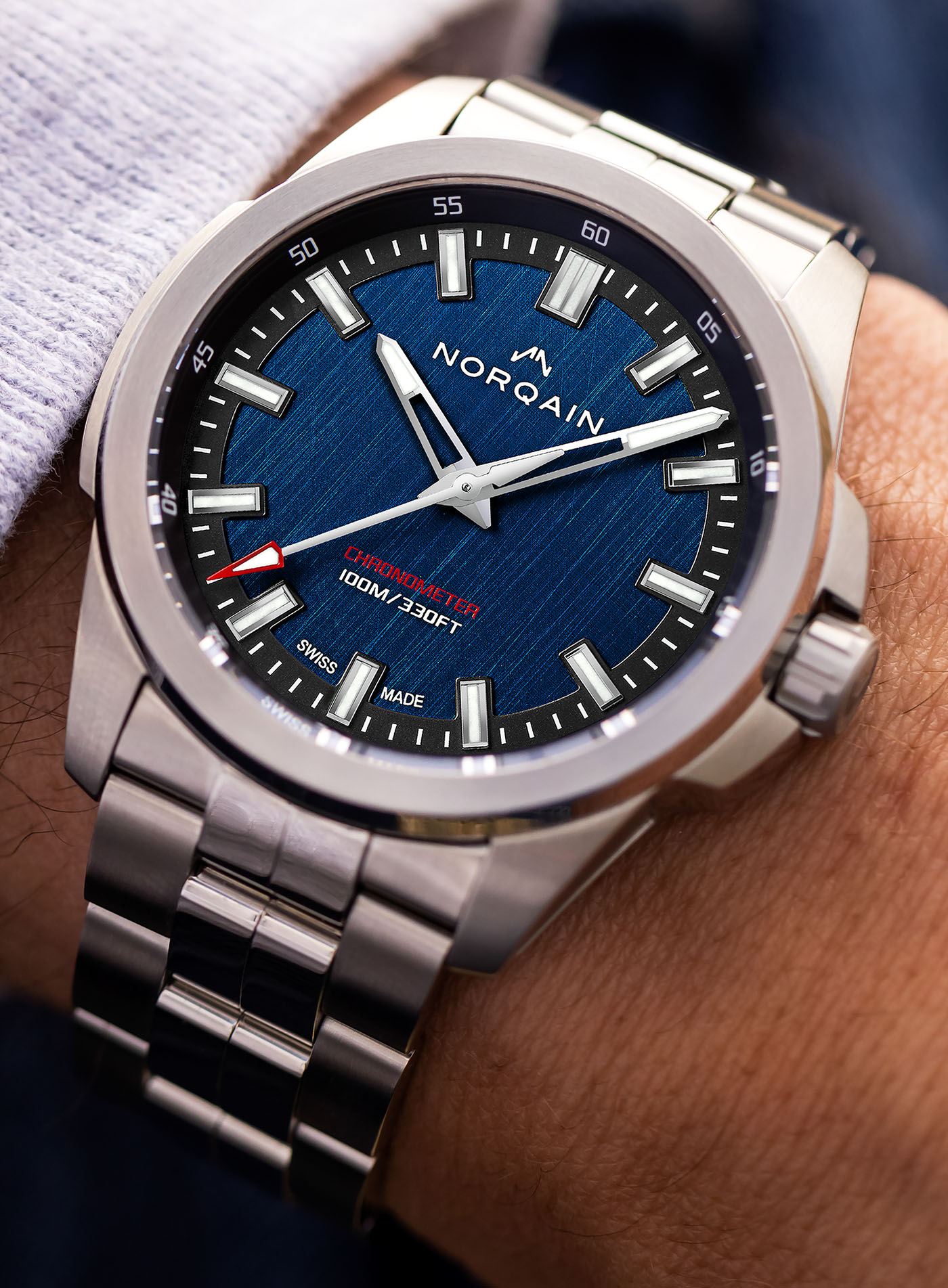 Few young watch brands have garnered a following as quickly or as aggressively as independent Swiss brand NORQAIN. Since its launch in 2018, the company has built a sterling reputation in the enthusiast community, and has built a close manufacturing partnership with Tudor-aligned movement maker Kenissi to develop exclusive calibers for its watches. 2020’s limited edition Independence 20 line served as a launching platform for these “manufacture” Kenissi movements and proved to be one of the brand’s most successful models to date, selling out the entire production run in a matter of days. For 2021 NORQAIN expands the sporty Independence line with two new models, both featuring unique finishing and chronometer grade movements, but sporting wildly different executions. The new limited edition NORQAIN Independence 21 and the limited edition NORQAIN Independence 21 DLC Skeleton both serve to highlight the impressive quality and versatility of the brand’s modern sporting aesthetic, while showcasing movement work that punches far above its weight. 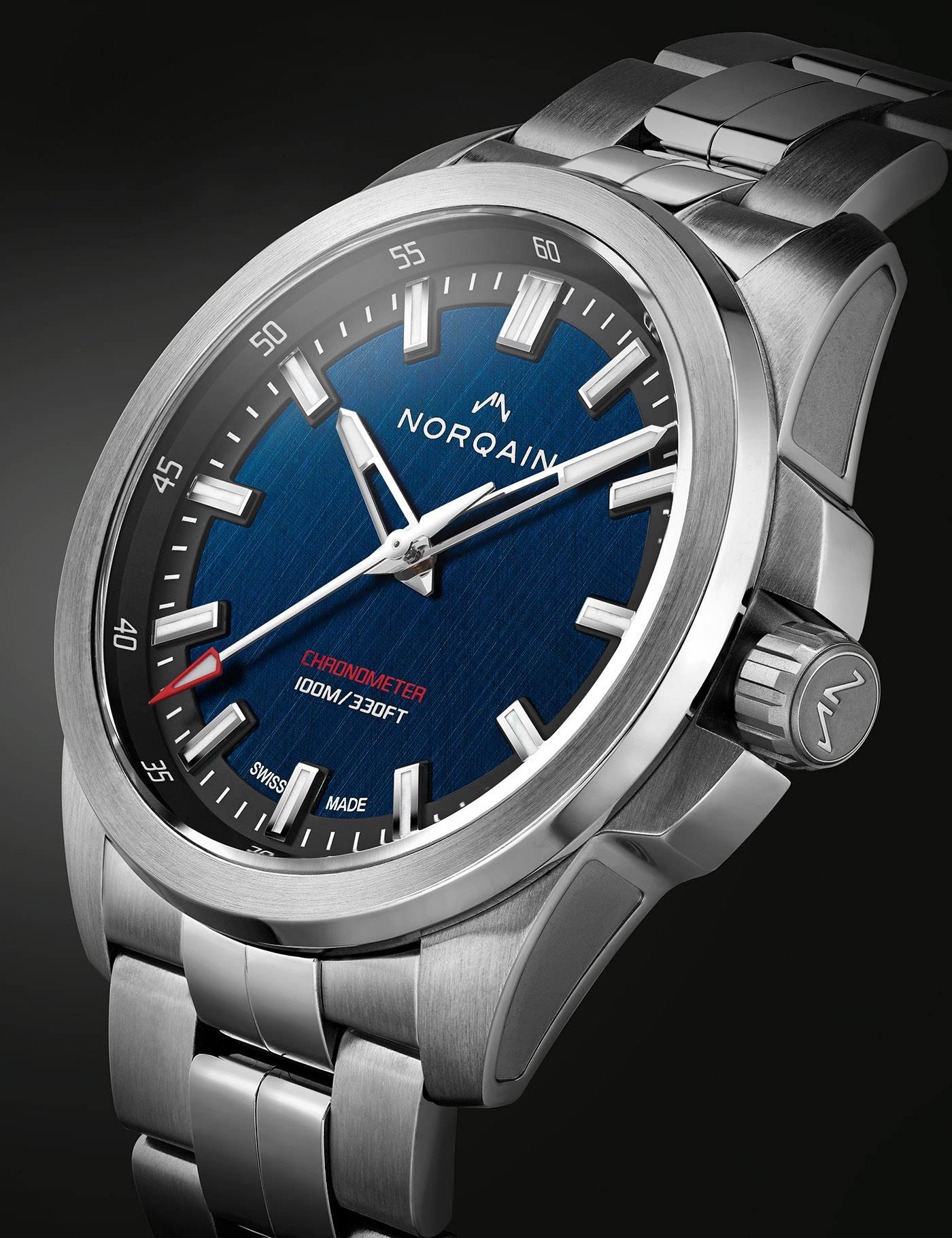 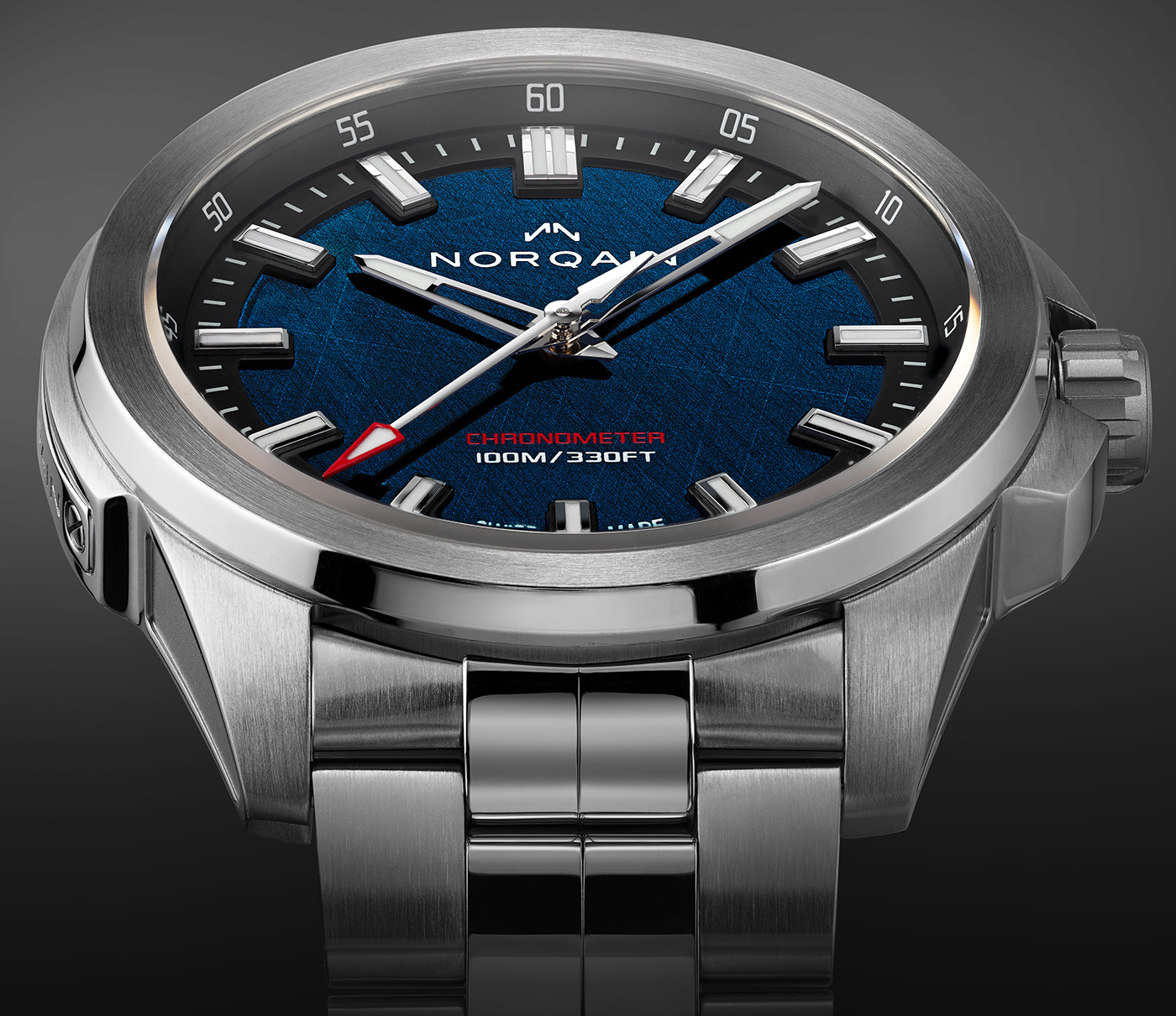 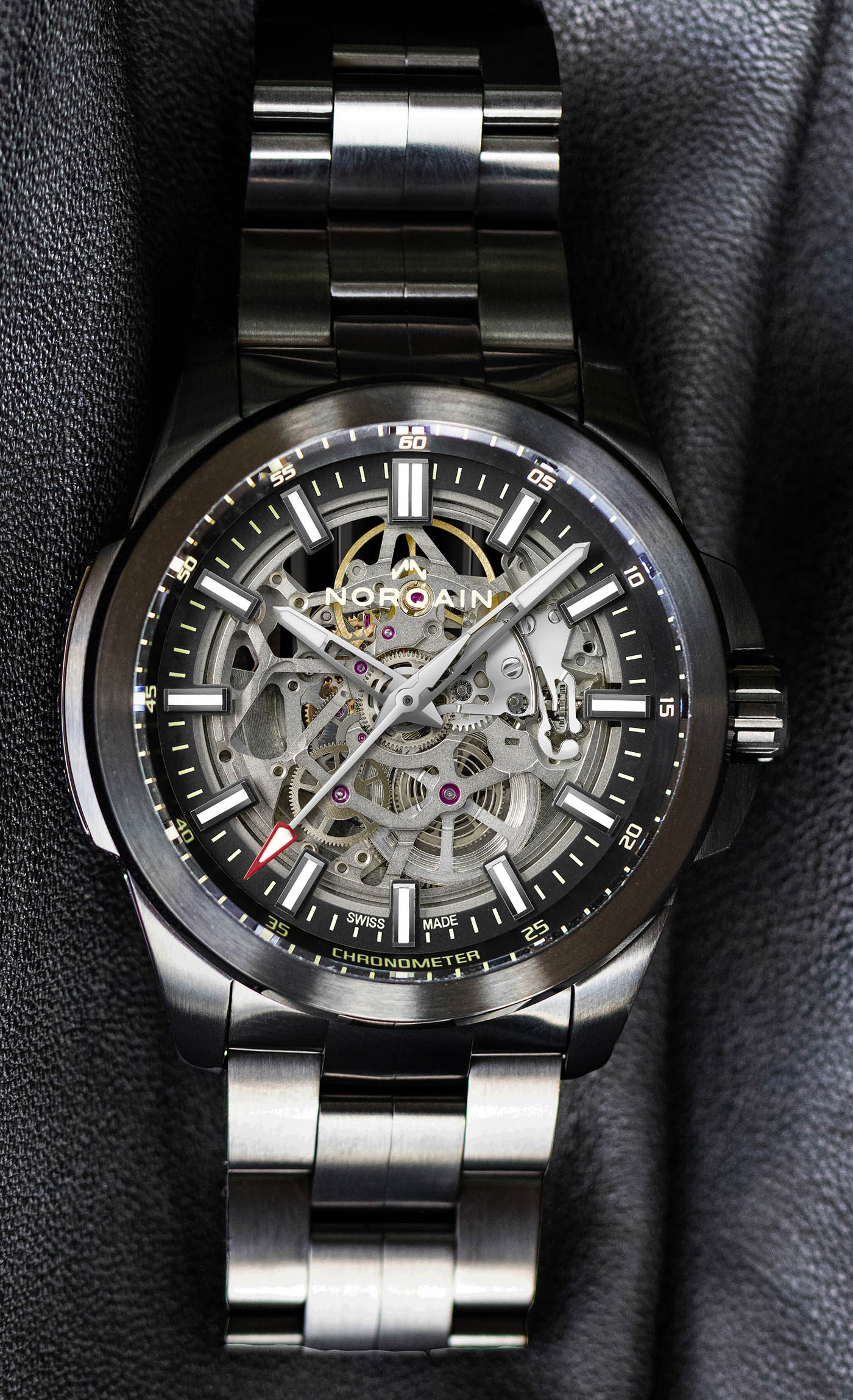 For the full skeleton dial of the NORQAIN Independence 21 DLC Skeleton, however, the brand takes a far more radical approach. As with many full skeleton designs, the intricate web of movement bridges can create legibility issues in initial images, but NORQAIN is determined to solve another great skeleton watch drawback with this design. Due to narrow bridges and aesthetics-first construction principles, many full skeleton movements suffer from poor shock resistance when compared to traditional movements. NORQAIN takes an architectural approach to skeletonization here, ensuring each point of support is secured by at least two skeleton arms. The brand claims that the result, despite still being airy and complex, offers far more robust shock resistance. NORQAIN finishes off this complex skeleton design with ruthenium-plated bridges for an added layer of flash. For the NORQAIN Independence 21, the brand uses the manufacture NN20/1 automatic movement developed and manufactured in partnership with Kenissi. The NN20/1 shares several similarities with the Kenissi-built Tudor MT5621 movement, including a hefty 70 hour power reserve at a 28,800 bph beat rate and a near-identical balance bridge. The NN20/1 also receives COSC chronometer certification for accuracy. Finishing is rather minimal, with a brushed rotor signed with NORQAIN’s double-N logo. 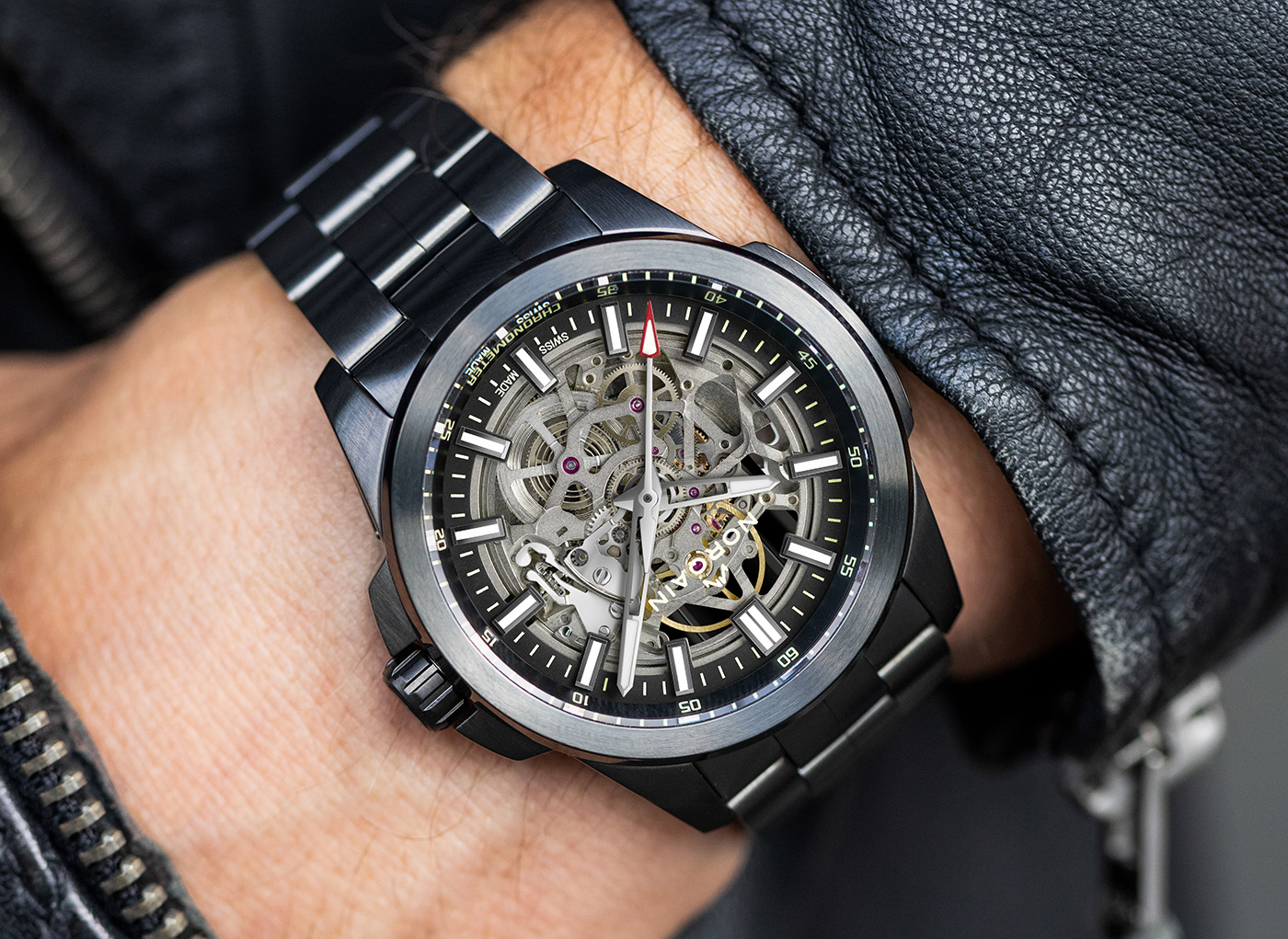