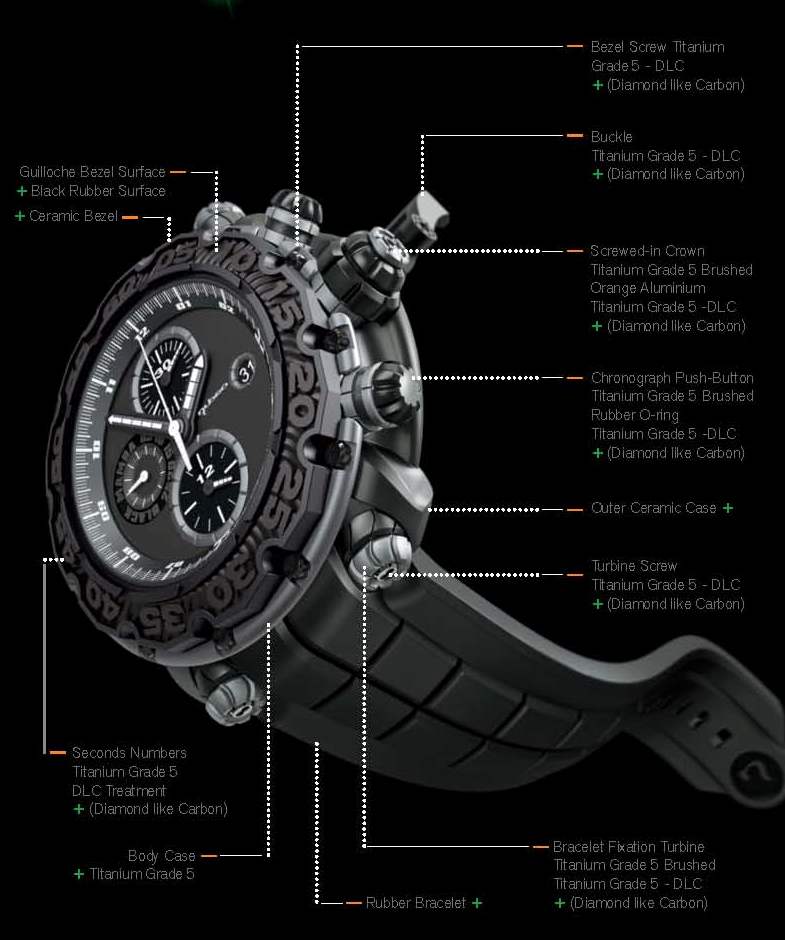 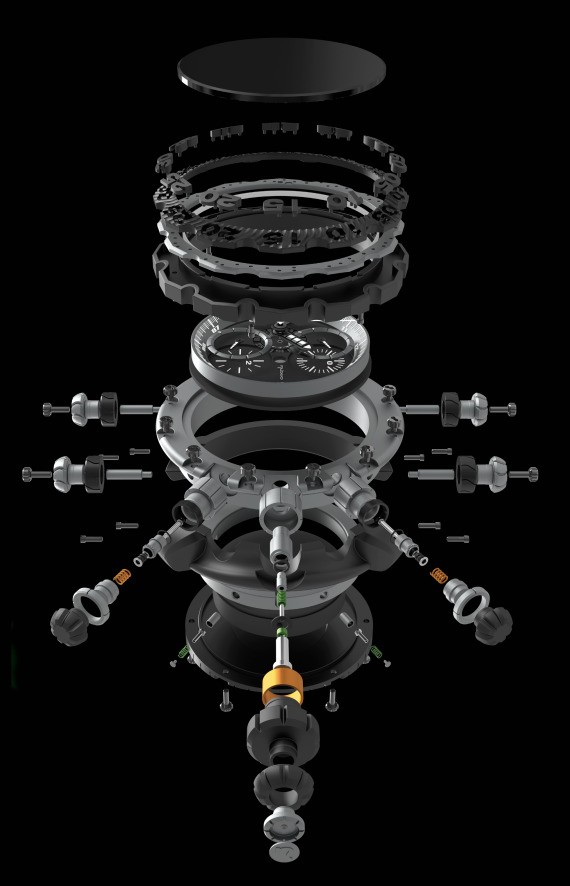 A typically complex watch case consists of about 5-10 parts. Sometimes you’ll run into something with more than that, but it is rare. A watch case can’t be too complex because it needs to hold up for longer periods of time and retain structural integrity, while at the same time ensuring water and dust resistance. So you can imagine that the pieces need to all fit together particularly well. Tolerances in manufacturing must be minute so that the many pieces fit together just right. Well, the Nubeo Black Mamba has 131 case components making it the most complex watch case every made. Plus, it still enjoys water resistance of up to 100 meters. Nice job. 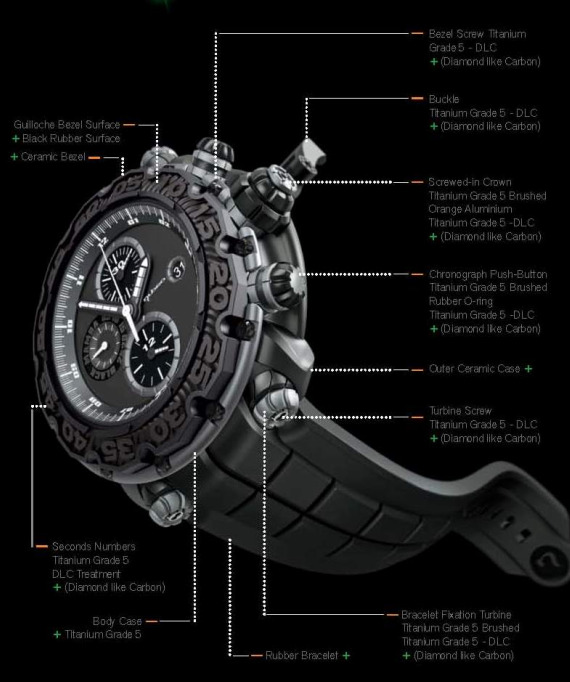 Let’s explore a bit of the complex construction. Words on this will bore, but the images will impress. The case is made of mostly ceramic and titanium with bits of rubber and other materials. Some versions of this limited edition watch will feature various types of sapphire gems. The not so basic, “basic” model is show with the numeral applied bezel made of mostly titanium, ceramic, and some rubber. 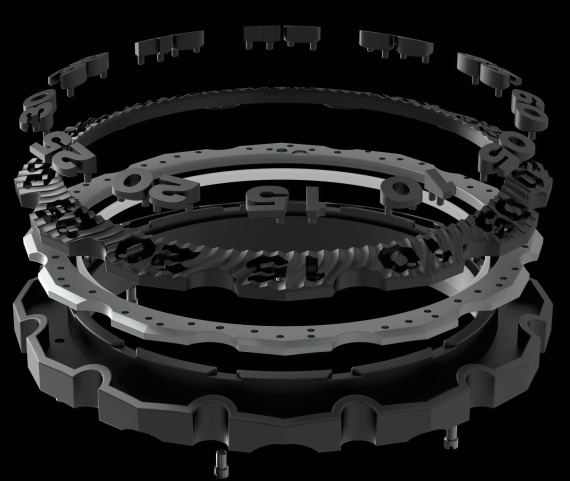 The case itself is 48mm wide total and will incorporate two major elements; an inner titanium case, and an outer ceramic case (which is more organically shaped and is made to fit well on the wrist). Some of these organic shapes are due to Nubeo’s underwater creature theme. To help conform the land-based snake’s (the Black Mamba) status to the ocean environment, Nubeo indicated “snakefish mutation” on the bottom of the watch case. I think “sea snake mutation” would have made more sense (as there are such animals), but the watch is cool enough that they can take such artistic liberties. Side note: the sea snake is one of the most deadly snakes in terms of venom on the planet.

Nubeo’s approach on the Black Mamba’s construction is totally different than other watches that often attempt to compliment the wrist through simplicity. This is a “cyborg creating” watch in the sense that it imbues the human wearing it with a feeling of technological enhancement. Yes, the watch is still an automatic mechanical watch at heart (Valjoux 7750), but it certainly gives off an extra-futuristic vibe. Nubeo is proud of the fact that the Black Mamba watch was closely developed with pro basket ball player Kobe Byrant (whose on-court nick name is Black Mamba). Future developments will shed light as to what types of influences he had on the watch design, which are apparently significant. I look forward to hearing about it.

Going back to the construction of the watch – you’ll be impressed at the intentional over-engineering of the case, pushers, bezel, and even screws. In addition to the basic titanium screws used all over the case, the Black Mamba uses highly detailed “turbine” screws in to hold down the rubber strap. Two forms of grade 5 titanium are applied on the case, one of them being with a DLC (diamond like carbon) coating. This specially hard coating not only makes the watch more durable but adds various scratch free surfaces that will not lose their polish. 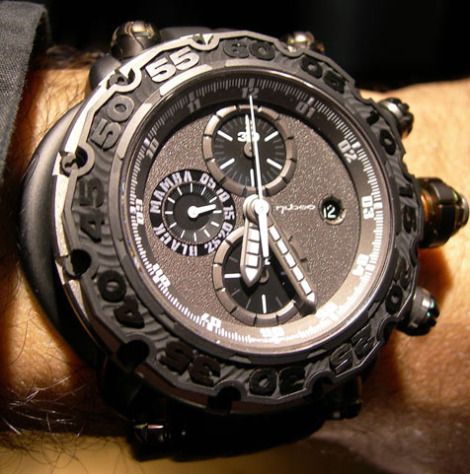 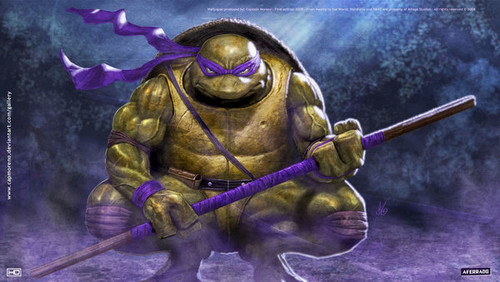 Hands on the interesting though legible dial are segmented like snake scales – this continues the reptilian theme. Speaking of which, this watch reminds me of another reptile aside from the snake, the turtle. Though not just any turtle. This would be a kick-ass watch for a Ninja Turtle, would you not agree? And of all the Teenage Mutant Ninja Turtles I would say that Donatello, the most clever and cultured would adorn this fine timepiece. Prices start at about $22,000 for this limited edition watch of 810 pieces, with other limited editions (or fewer pieces)  featuring healthy amounts of sapphire jewels going for more.

Nod to Relojes Especiales for the photograph of the Black Mamba above.