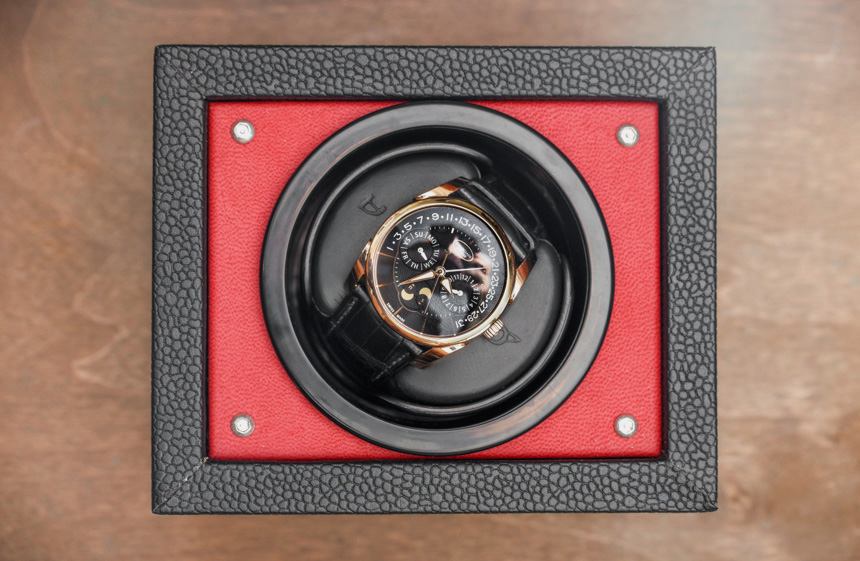 I’ve always been a little hesitant about watch winders, mostly due to the cost and reliability questions involved with them. However, I’ve been using the Orbita Piccolo single watch winder for almost four months now, and I have to say that I am thrilled with it for a number of reasons. The quality of build, the manageable size, and how quiet it is are successes of the product and its design. However, as someone who is frequently switching out watches that I personally own as well as watches that I am reviewing, I often end up feeling a little ADD with options.

Having a single watch winder has been great because I often have two watches in rotation at one time: a personal watch and one I’m reviewing. The single watch winder has been ideal for making sure I have two fully wound watches at any given time between the one I’m wearing and the one that’s housed in the winder. It’s a handsome accessory that’s proven to be a really useful addition to my everyday life, but it doesn’t come cheap. 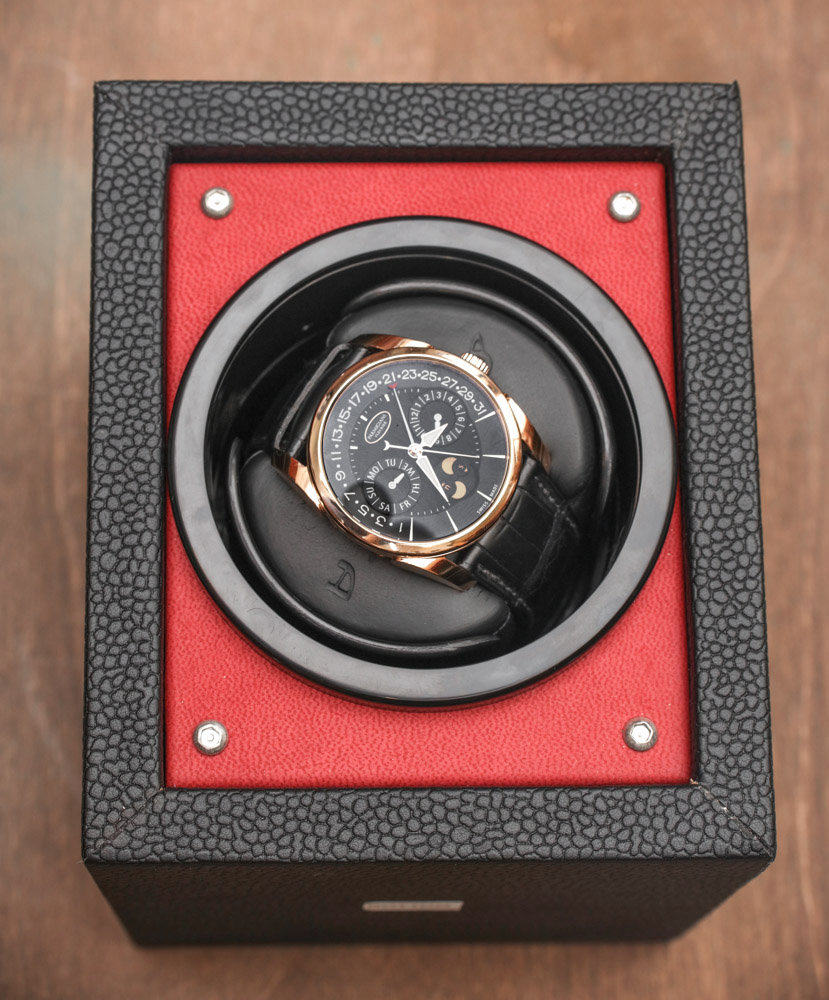 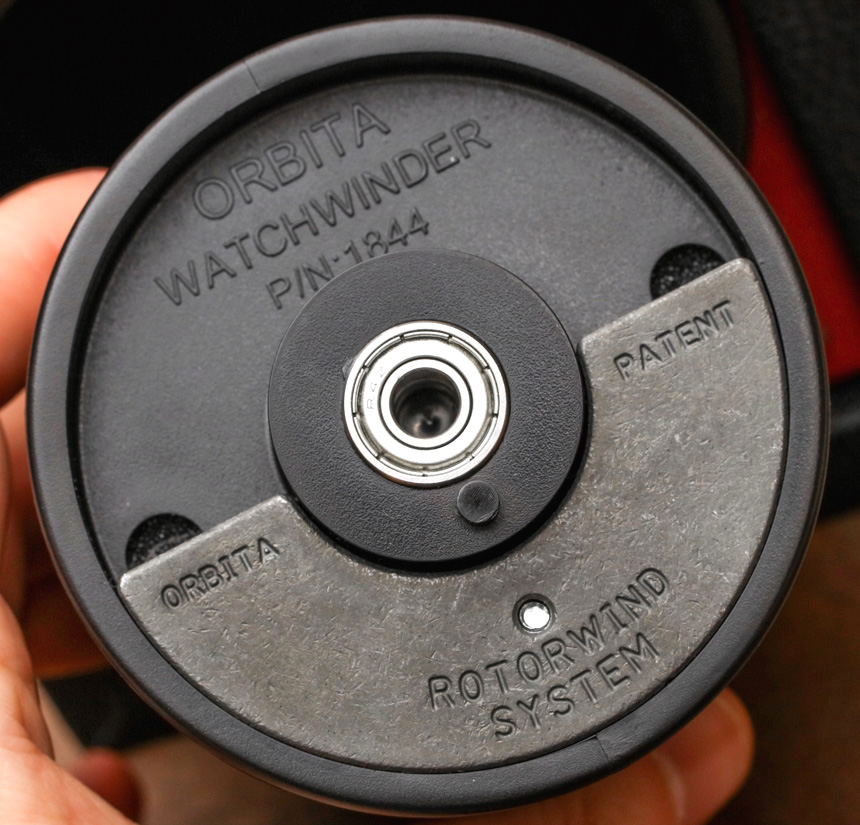 Orbita uses a patented technology they refer to as “Rotorwind” which has the watch swing back and forth rather than rotate. Orbita says that this mimics the motion of a wrist, but the real benefit is that the oscillations that are triggered by the movement of the motor require a small amount of power and physics does the rest. Powered by two D-Cell lithium ion batteries, the Orbita Piccolo can run on one set for up to five years. I’ve heard of watch winders that don’t last a fraction of that time, so it’s a real plus.

Also, something I want to mention about the Rotorwind system is that it keeps the watch winder really quiet, with only the slightest sound heard when it activates every 10 minutes or so. I have to be in a quiet room sitting right next to it to even notice the sound. 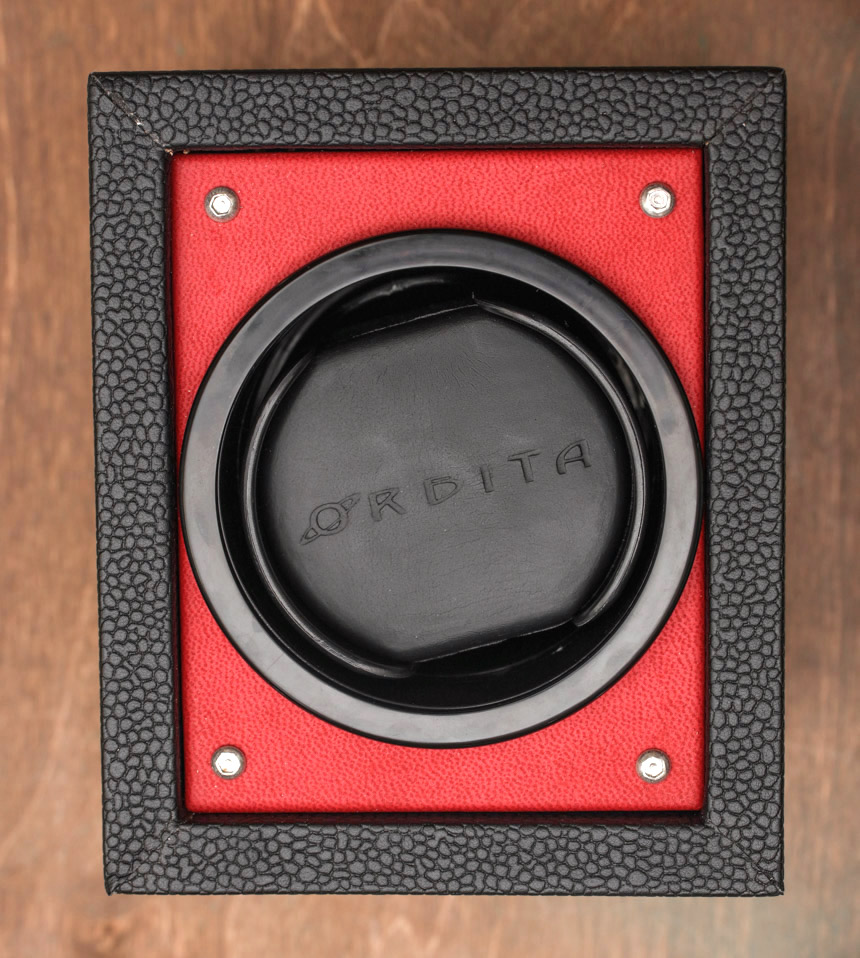 The Orbita Piccolo single watch winder measures 6″H x 4 3/4″W x 6″L and comes with a display bezel (which I don’t really use) that adds another inch to the length. The top, bottom, and sides are done in a black leatherette, and the model I have has a red face panel. Speaking from my personal experience, the winder has moved apartments with me and gets handled pretty regularly without any visible signs of wear or tear. The leatherette is actually really resistant to scratches which, combined with the five-year (advertised) battery life gives me confidence that I’ll be using it for years. 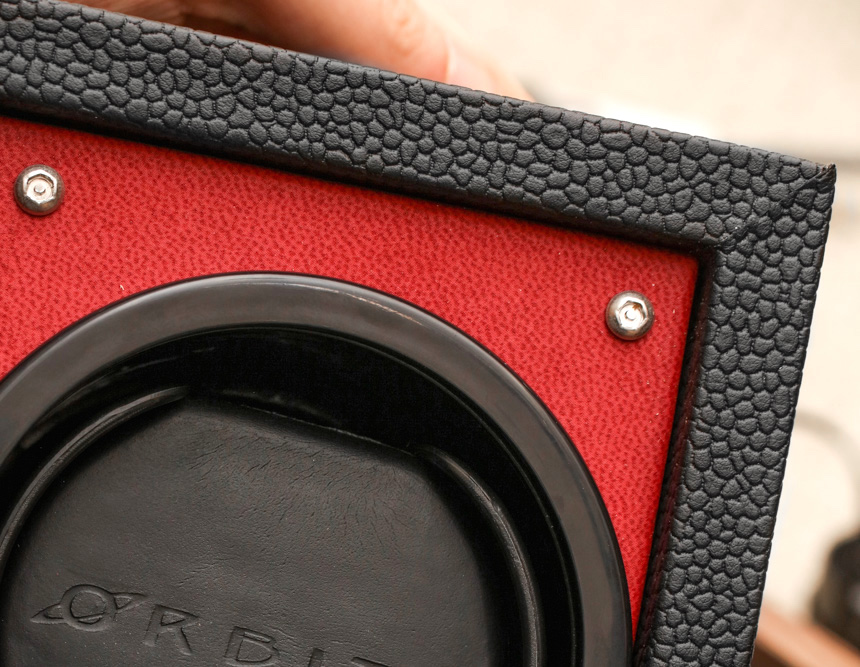 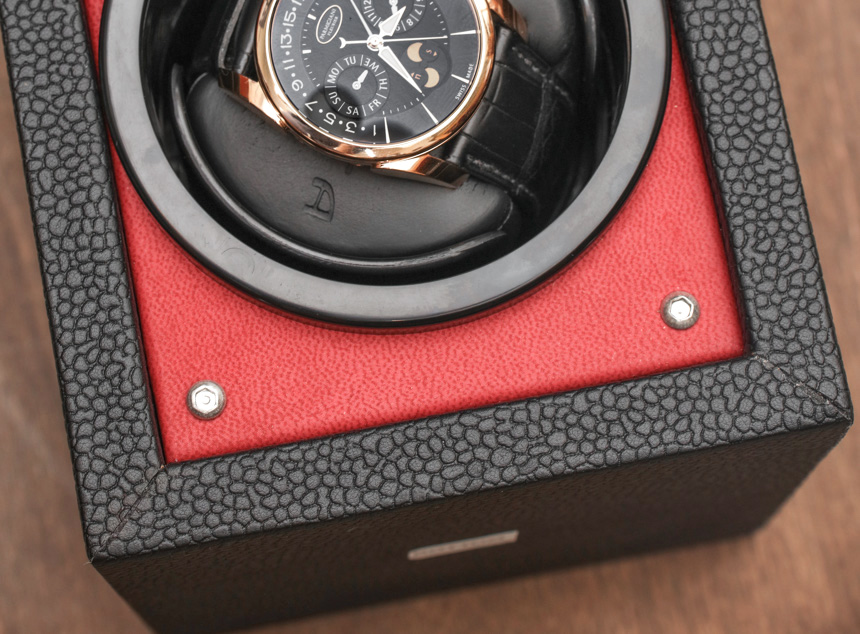 The Orbita Piccolo weighs just about three pounds, which is substantial enough to make me feel like I’m handling a durable and solidly built watch winder, but not one that is excessively heavy. It’s perfect for a shelf or a desk, but you’ll want to make sure the back is facing a wall or something else because the battery access is through the back, and it’s not the most attractive angle for viewing. It’s also worth mentioning at this point that the winder can easily fit into many, if not most, safes. 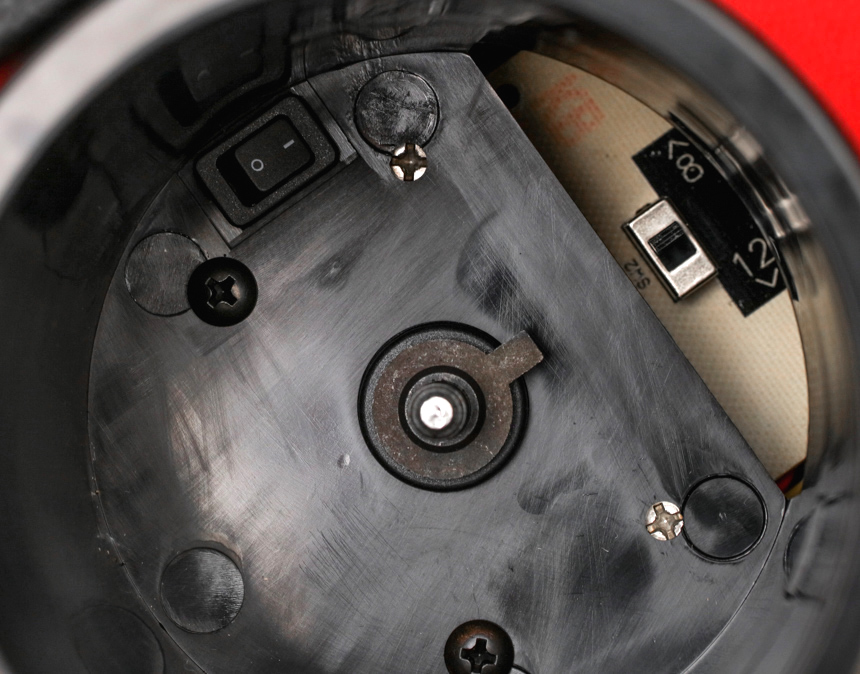 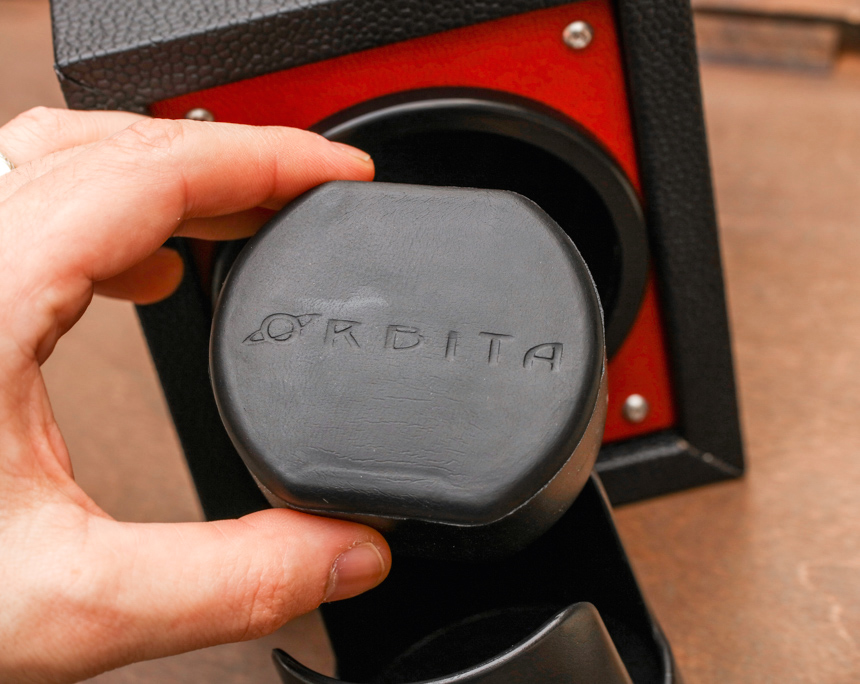 Design-wise, I was first a little annoyed by the fact that the on/off switch is accessed when you take off the “bezel” and pull out the mount. All the way in the back is a not-easy-to-access switch that turns the winder off and on. I wasn’t crazy about this at first, but when I consider the fact that the battery life is so long, it makes sense to have the switch somewhere that doesn’t take away from the aesthetics of the winder or have it be somewhere I can accidentally turn the winder off. 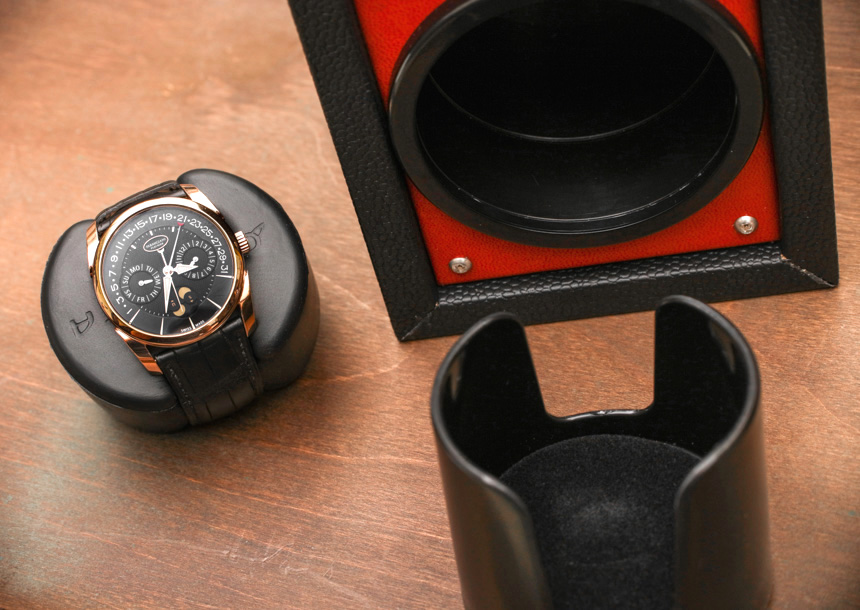 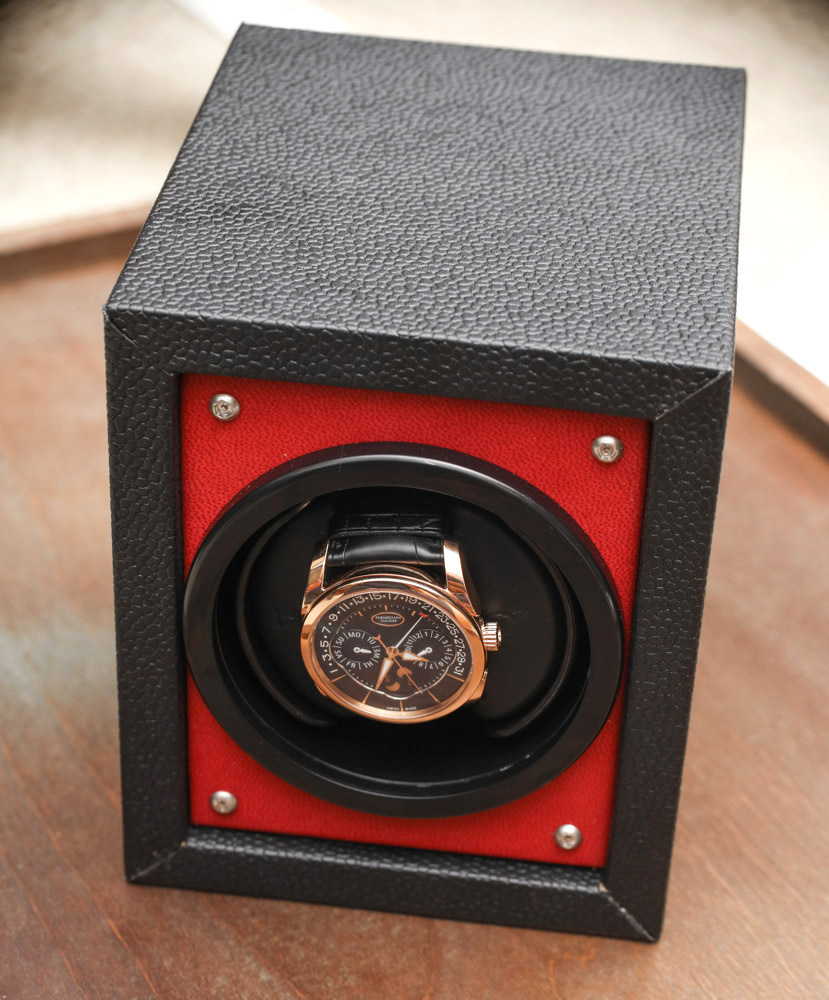 I am a big fan of Orbita, and their Rotorwind system is absolutely one of the most useful and impressive general watch winder mechanisms if you’re not looking for a programmable system (which Orbita does offer as well). They offer the front leather panel in red, green, and black but are expecting to add more to the collection. Orbita also invites interested buyers to send a sample of a custom leather or material which they can use for a unique piece (if the material is deemed suitable). For many people, the cost of a watch winder is something they’d rather use towards the purchase of a watch, and that’s absolutely reasonable. However, if you’re looking for a high-quality, reliable, and attractive watch winder then I highly recommend taking a look at the Orbita Piccolo, which is priced at $395. orbita.com