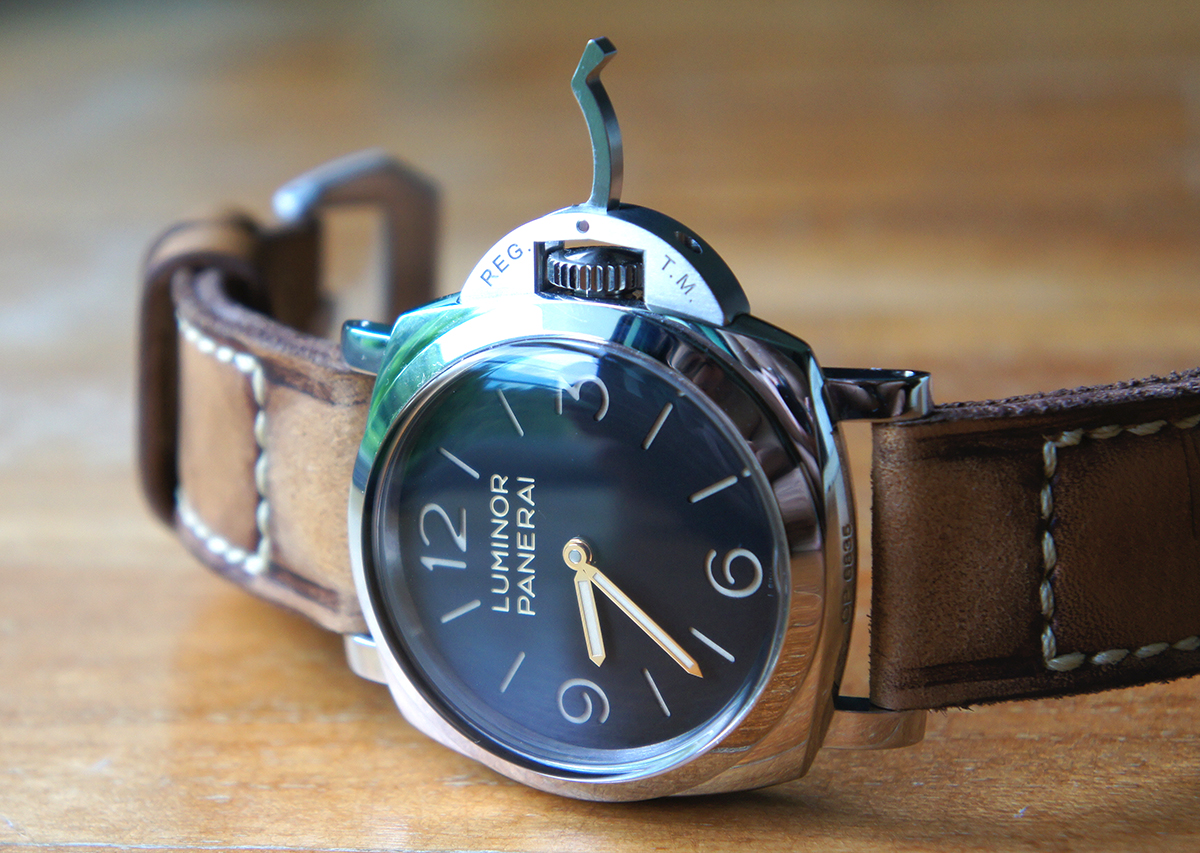 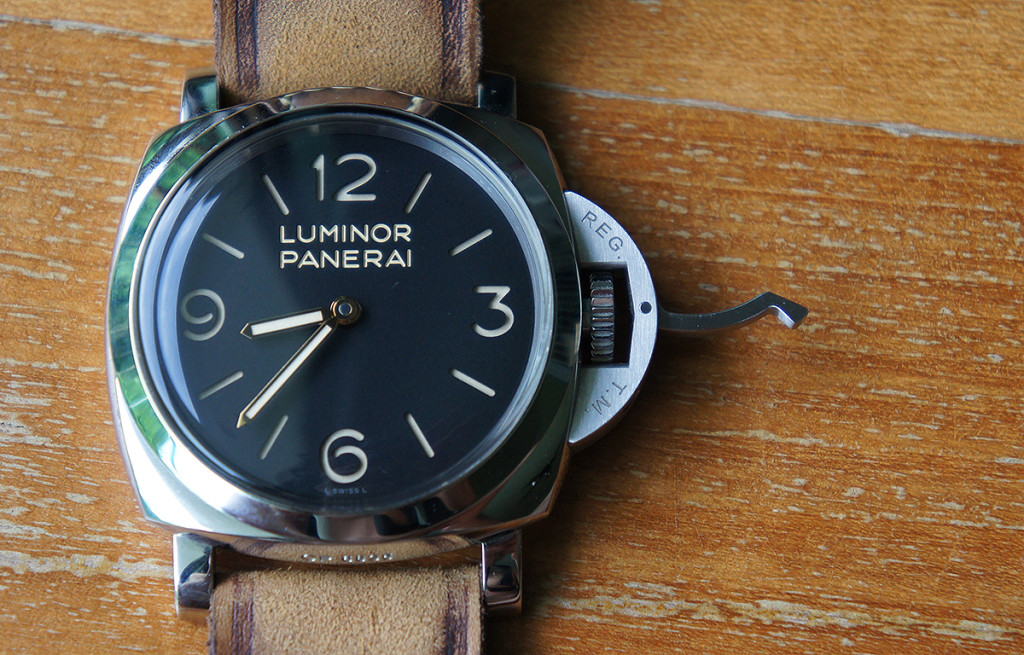 The Panerai Luminor 1950 3 Days, or more affectionately known amongst Paneristis simply as the PAM 372 (PAM372), was first seen at SIHH 2011. It has since gone on to become one of the most popular Panerai models. Why? Probably because it combines so much of why people enjoy the brand including a minimalist military style and iconic case. Before I go on to talk about the watch, it is necessary to understand the circumstances under which this watch was conceived and its significance to Panerai’s history.

Since the Fiddy, Paneristis have been clamoring for a “base” Fiddy. Base in Panerai speak refers to a watch with just the hour and minute hands and nothing else. In addition, the watch should be a regular production piece (not limited) so that everyone can have a chance of owning one at a slightly less insane price. Panerai listened, and in 2011 answered Paneristis’ prayers with the PAM 372 – a two hand 1950-style model that was not a limited edition.

As a result, the PAM 372 is one of the most eagerly anticipated Panerai watches in recent times. It was so hard to get your hands on one that I only managed to get mine – this watch you see here in the review – earlier this year. Obviously, I like the watch and now I will attempt to explain why. 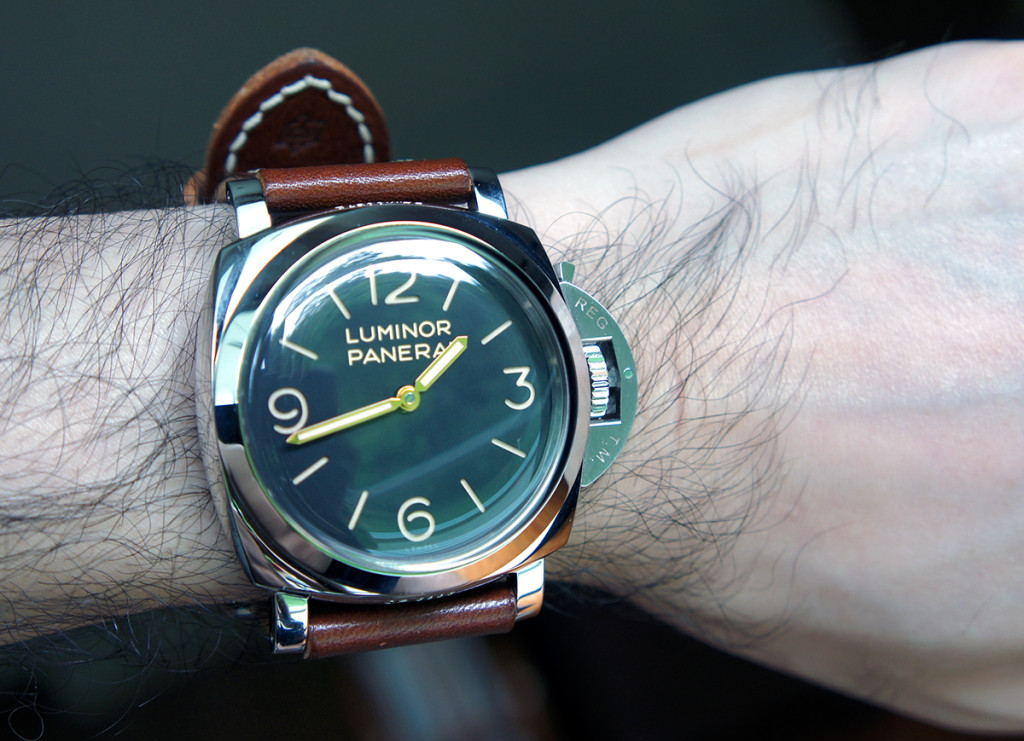 Like the Fiddy, the PAM 372 also has a 47mm 1950-style stainless steel case, but with subtle differences. For one, the case is entirely polished stainless steel instead of brushed. However, the trademark “device protecting the crown” retains its brushed finishing. Additionally, the case also has a slightly different shape. It’s less chunky and has a cushion-shape profile that is more similar to the Radiomir watches. It also has slimmer lugs. 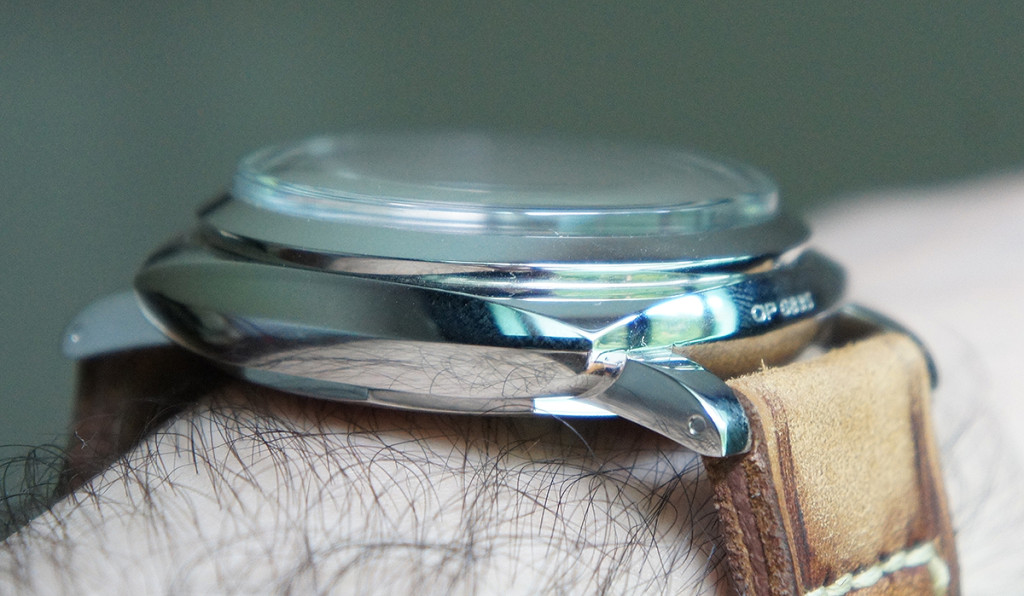 These subtle changes to the case has had a profound effect on the way the PAM 372 looks and wears. Overall, it looks less bulky, and despite its massive size, I found that it fits better than the smaller 44mm Luminor 1950 watches. It’s less top heavy, and sits closer and more snugly to the wrist. I have smaller 6.5-inch wrists and I found the PAM 372 to be comfortable enough to wear the entire day. That said, the PAM 372 is by no means a small watch at 47mm wide.

Speaking of size, the PAM 372 utilizes the in-house P.3000 movement, a hand-winding calibre that measures a whopping 16½ lignes – roughly 37mm. The watch has a sapphire caseback that reveals the movement in its entirety. However, it’s simply finished and two large brush-finished bridges cover much of it, hence there’s really nothing much to look at it. 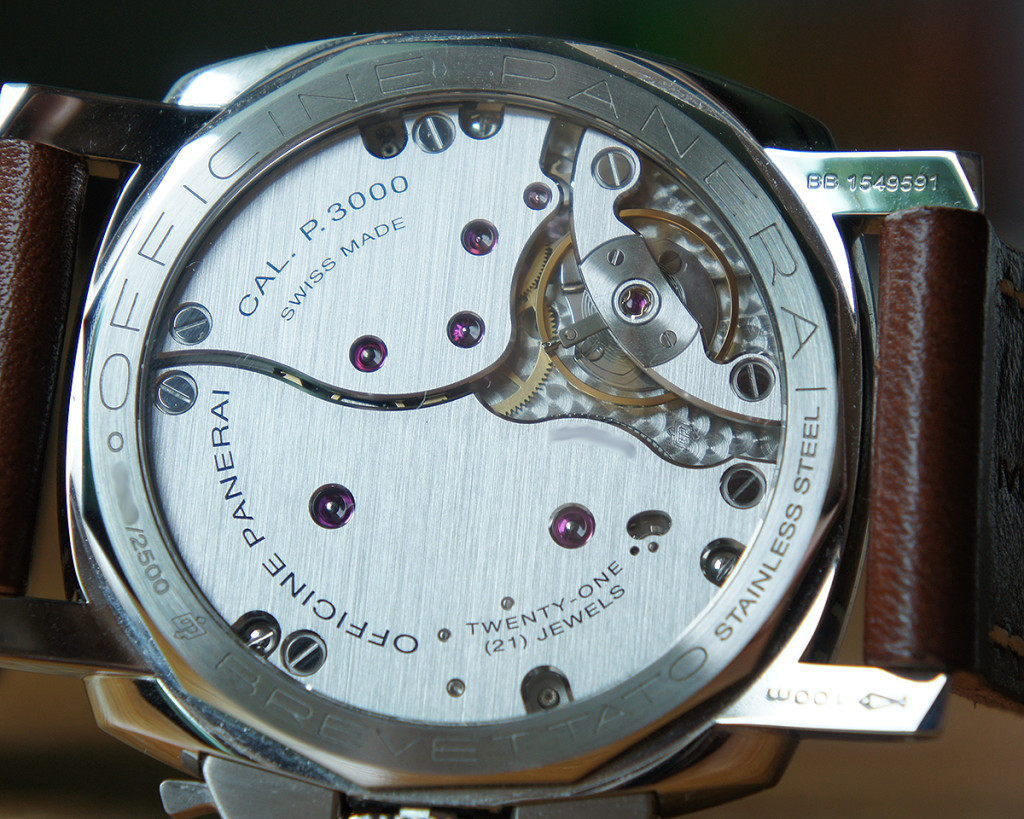 Beating at 21,600 vph, the P.3000 uses two mainspring barrels connected in series to give it a power reserve of 72 hours or 3 days – hence the name. The PAM 372 winds really smoothly, as if the crown itself was bathed in rich butter. There’s no clicking sound, just a slight resistance that builds and builds until the movement is fully wound. However, to generate enough power for 3 days, it does take many turns before the watch is fully wound. This should not be a problem because winding is one of the joys of a manual movement and I found it fun to wind the PAM 372.

The P.3000 is a basic time-only movement, but it does have a helpful feature up its sleeves. Pull the crown into the second position, and it lets you advance only the hours. This is useful if you find yourself traveling across timezones. This is actually a relatively rare complication. That said, the movement was never one of the PAM 372’s strong selling points as there are more advanced in-house Panerai movements out there. The P.3000 is about as basic as it gets… more »