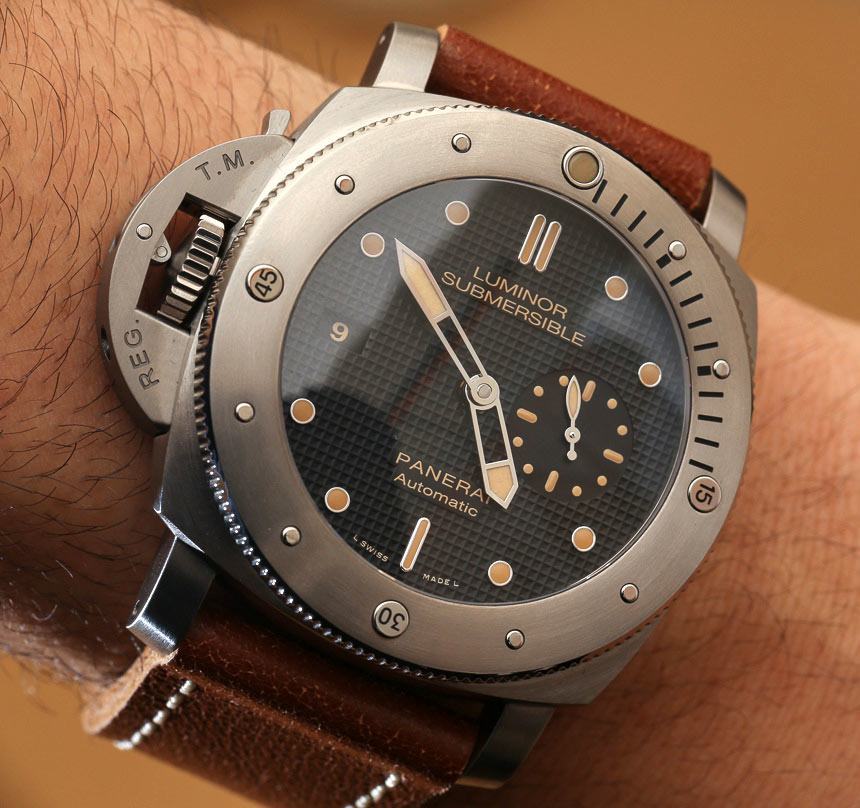 For 2014, Panerai quietly released a trio of watches with a sort of aged “vintage look” and lefty-style crown orientation. The Panerai Luminor Submersible Left-Handed Titanio PAM569 (PAM00569) watch was among them, and it is a hell of a watch for Panerai lovers. In essence, the PAM569 is a mash-up of other Panerai design elements we’ve seen in the past, but this particular arrangement is pretty appealing. So let’s take a look at this new Luminor Submersible model. 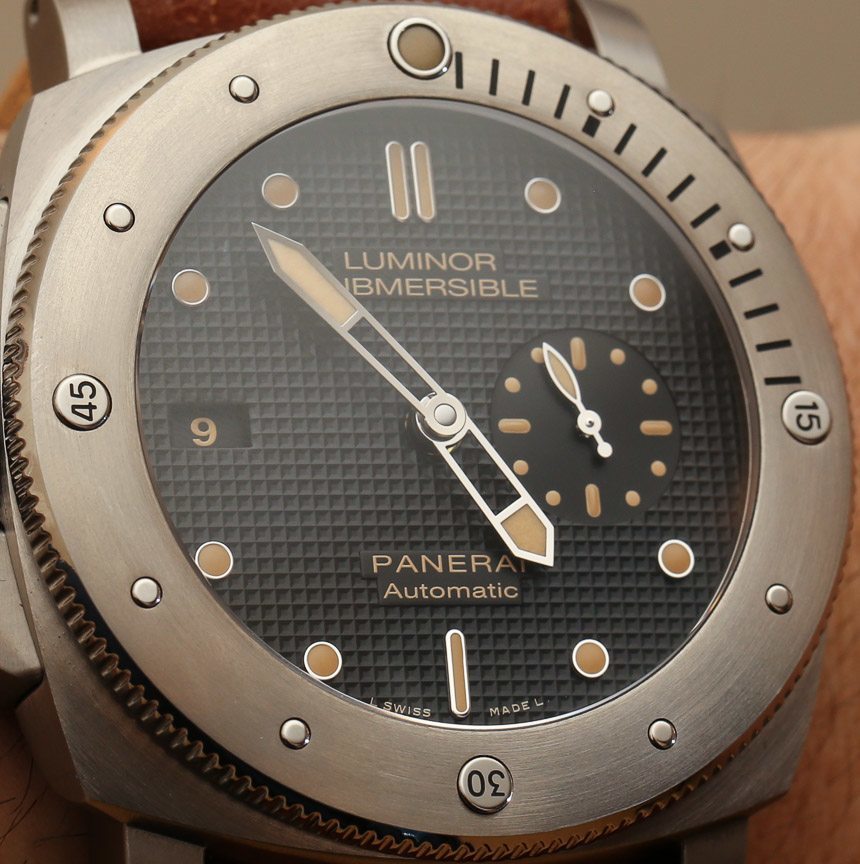 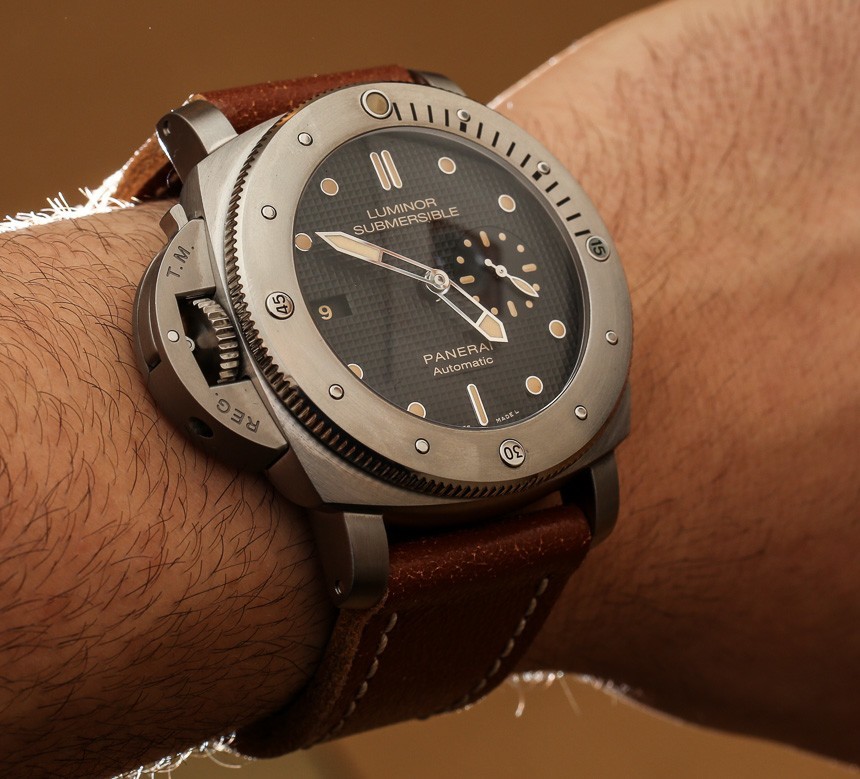 So as a dive watch fan, I am drawn to watches like the PAM569 given its underwater looks and clean, legible dial. To better understand the PAM569, it is important to look at watches such as the Panerai Luminor Submersible 1950 3 Days Automatic Titanio PAM305 and the original Luminor Submersible PAM025. The PAM569 borrows the dial texture from the latter, and the overall design of the former. What makes the PAM569 different than the PAM305 is the left-handed orientation of the crown as well as the coloring of the luminant (and dial texture).

It seems like a minor thing, but it really switches up the dial personality a lot. The aged color of the lume is also attractive and helps give the Panerai Luminor Submersible Left-Handed Titanio PAM569 a more mellow personality compared to the more traditional black dial with green lume of most other Panerai watches. 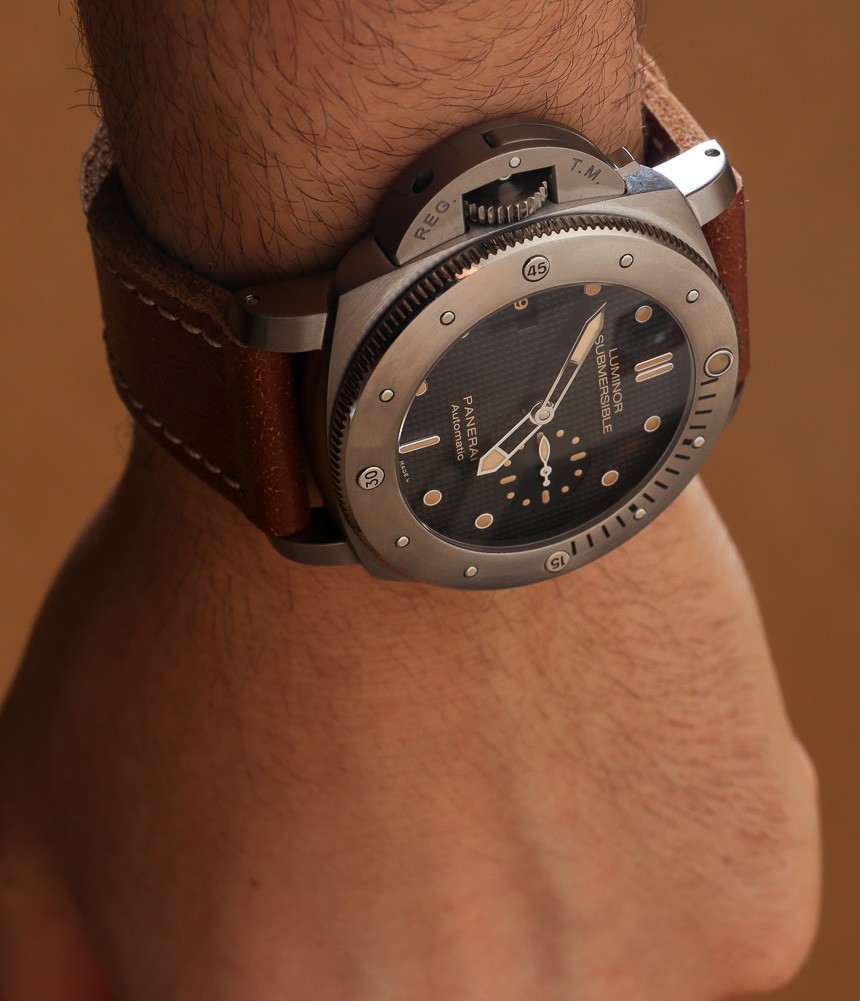 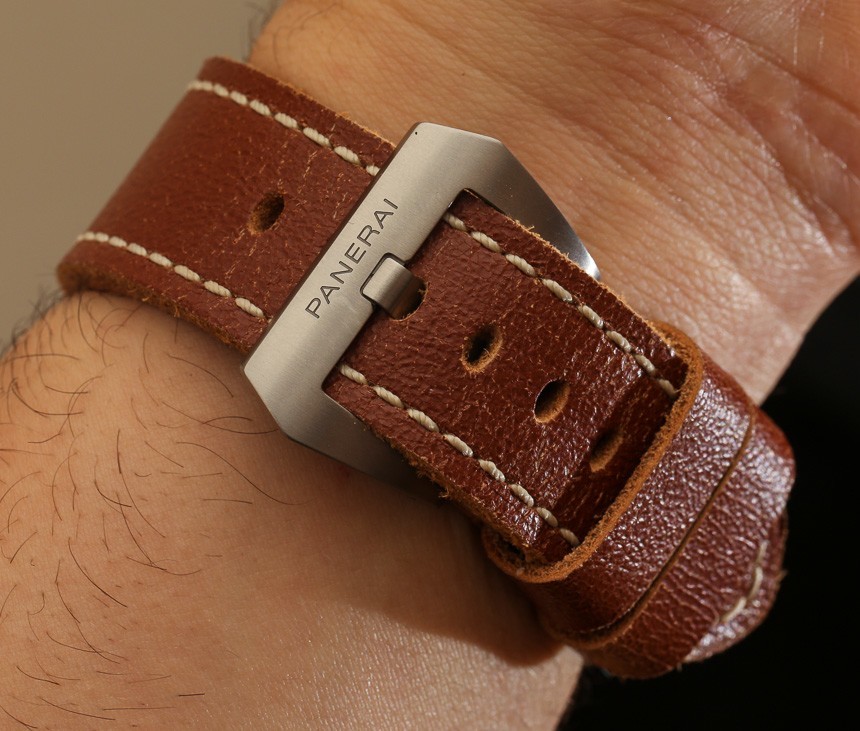 One of the best things about having a left-handed orientation of the crown on a Panerai watch is that it often makes wearing them much more comfortable. At 47mm wide the Panerai Luminor Submersible Left-Handed Titanio is a large watch, only made more so by Panerai’s iconic crown guard. When placed on the right side of the case (as normal), this element can easily jut into your wrist. Assuming you are wearing the Panerai Luminor Submersible Left-Handed Titanio on your left hand, the crown is not placed on the same side of the case as your wrist, so wearing it becomes a lot more comfortable.

Panerai is among the few companies that makes a timepiece which can be too large for your wrist but nevertheless still cool-looking. The PAM569 is perhaps too large for my wrist – as evidenced by the lugs that stick out further than where my wrist ends – but it still feels good and appears fashionable. Of course, this is aided by the fact that Panerai produced the PAM569 in titanium (same as the PAM305). The slightly darker color of the light-weight metal fits nicely with the vintage theme and aged-style leather strap. 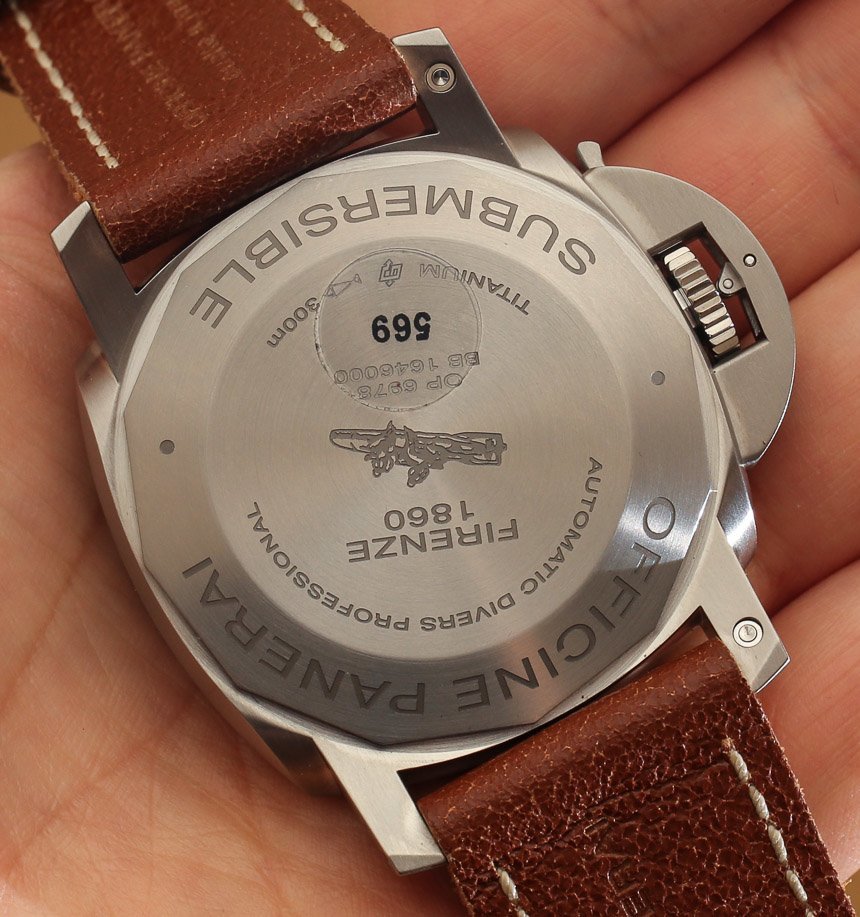