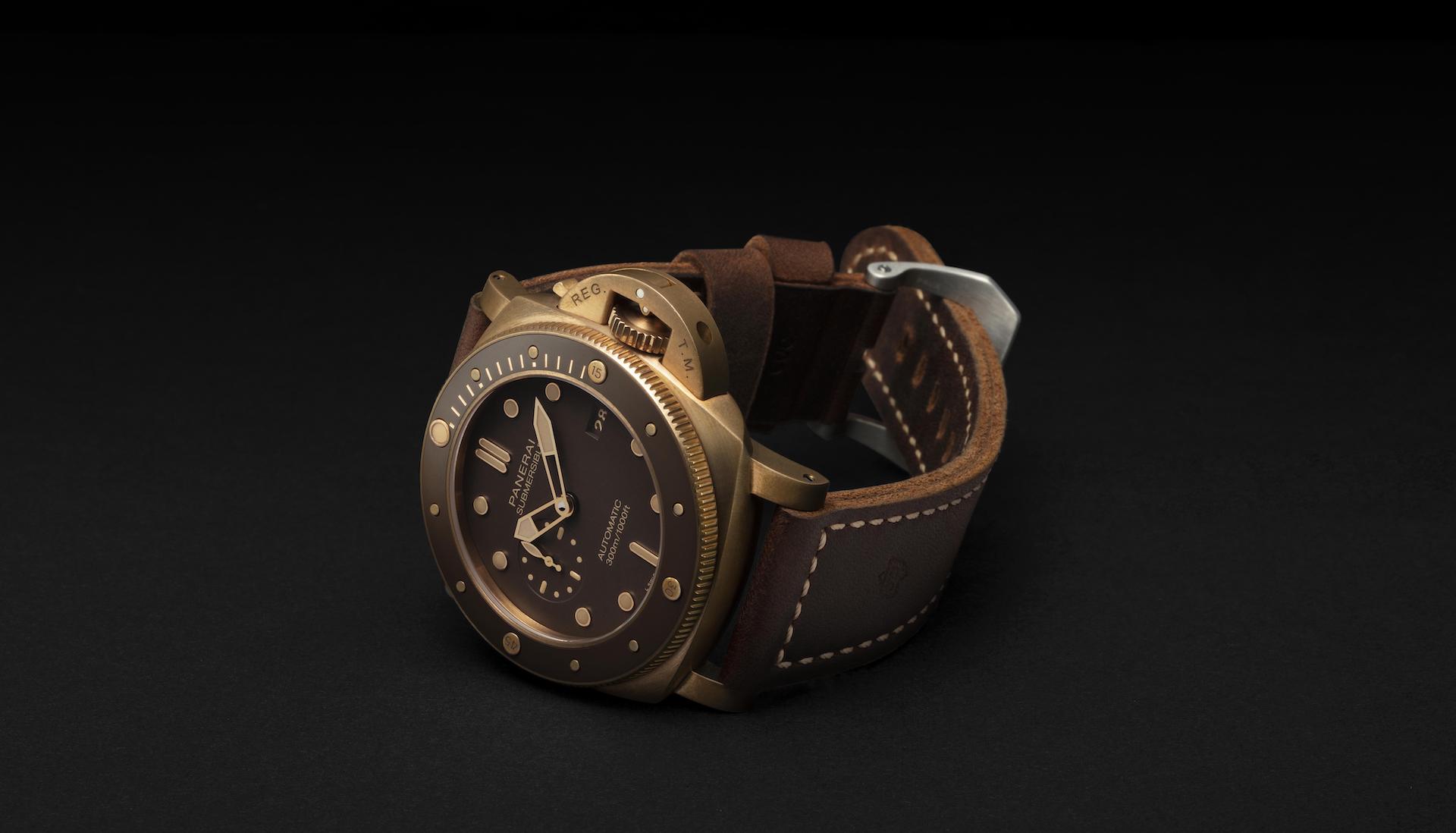 It was 2011 when Panerai first introduced its first bronze-cased (aka Bronzo) watch, which has since become some of the most desirable watches made by the brand. These bronze watches are sporadically introduced by Panerai, which released the Luminor Submersible 1950 3 Days PAM 671 two years ago (and its predecessor six years before that). Now Panerai has released the Submersible Bronzo PAM 968, which is the first Bronzo to feature a ceramic bezel.

While most of these will have been spoken for quite quickly, I do know that five pieces per quarter this year will be released and sold on a first come first serve basis (that means right now) on their site here. 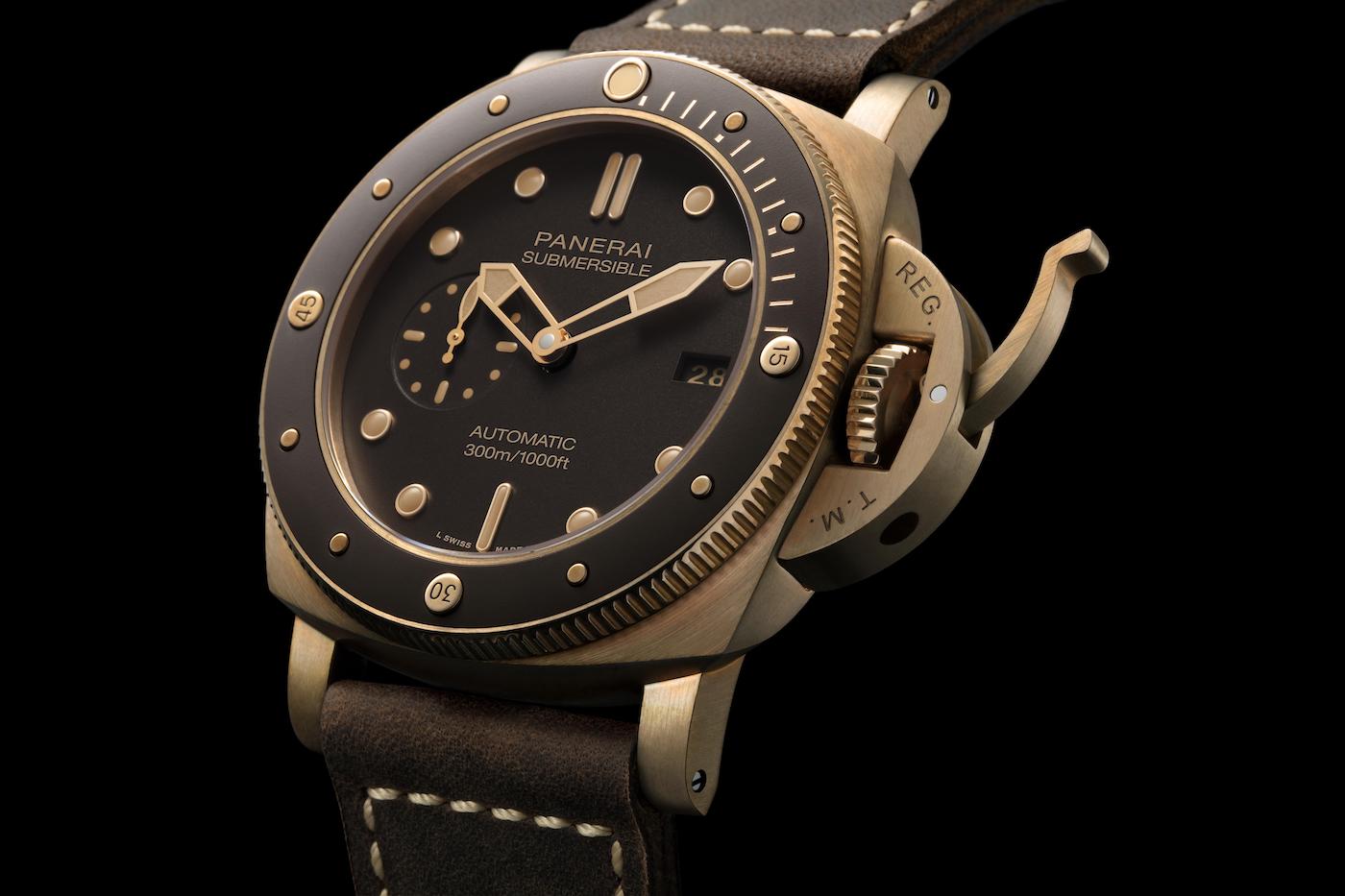 Housed in the familiar 47mm case, the PAM 968 features a micro-sandblasted brown ceramic bezel that matches the brown dial pretty well (at least in photos). It’s a pleasantly brooding and masculine combination in tandem with the bronze case, and a significant enough departure from the blue dial Bronzo PAM 671. In addition to the brown leather strap you can see in the press shots, Panerai is also pairing the PAM 968 with a military-green rubber strap. I believe this is the same strap that you’ll find on the Submersible Marina Militaire Carbotech 47mm PAM 961 that came out earlier this year.

On the dial, you’ll notice the “aged” SuperLumiNova that Panerai has done so well in the past. This beige-toned lume effortlessly matches the brown dial, a task that was a little more awkward when considering the previous blue-dialed model. 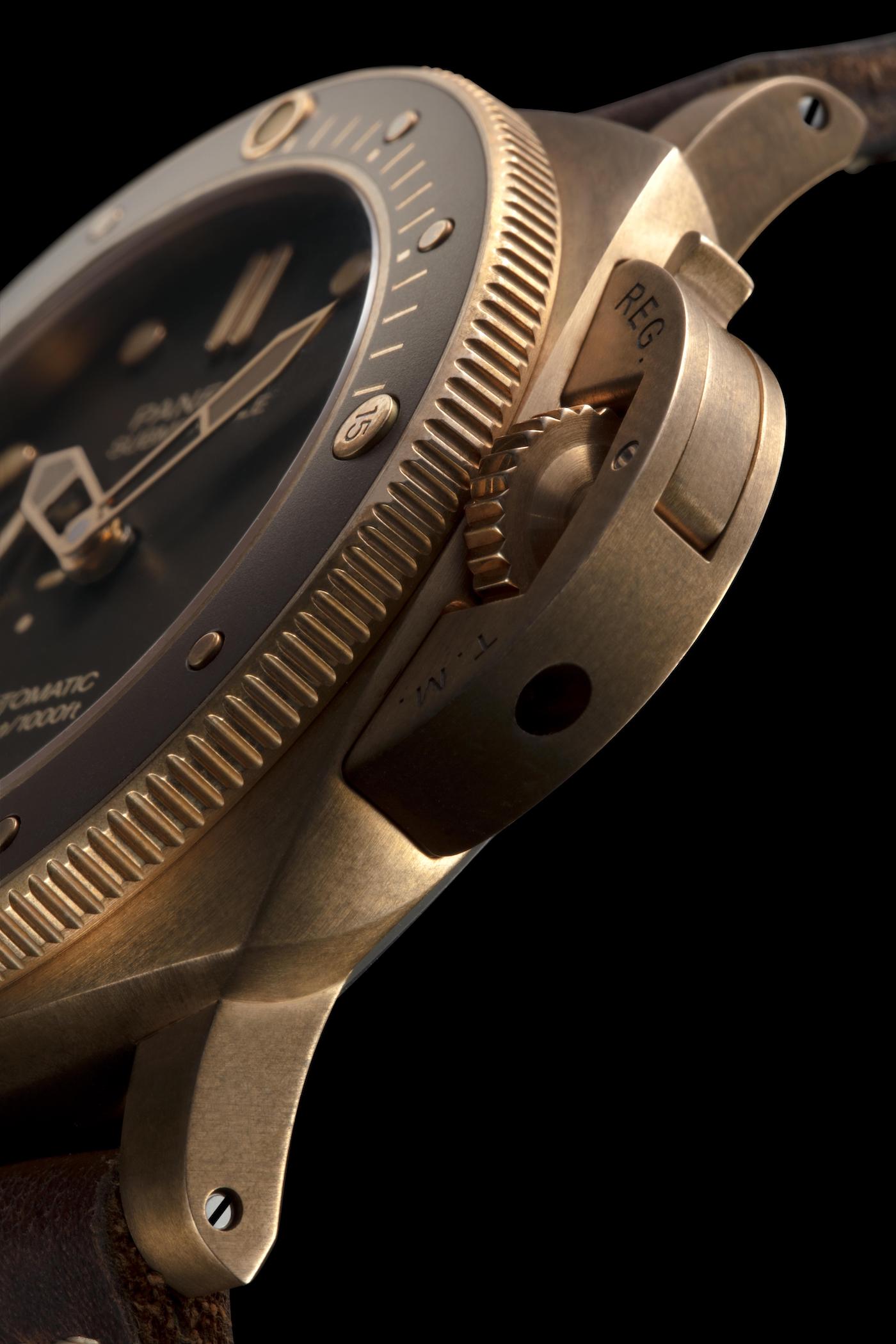 The Panerai Submersible Bronzo PAM 968 is going to be limited to a few hundred pieces, with a price of $16,500 USD. The watch is only going to be available in Panerai boutiques, in the Panerai WeChat Boutique, and available to special Mr. Porter clients. Again, five pieces are available here at the Panerai website, the first batch of five pieces released on a first come, first served basis per quarter in 2019.