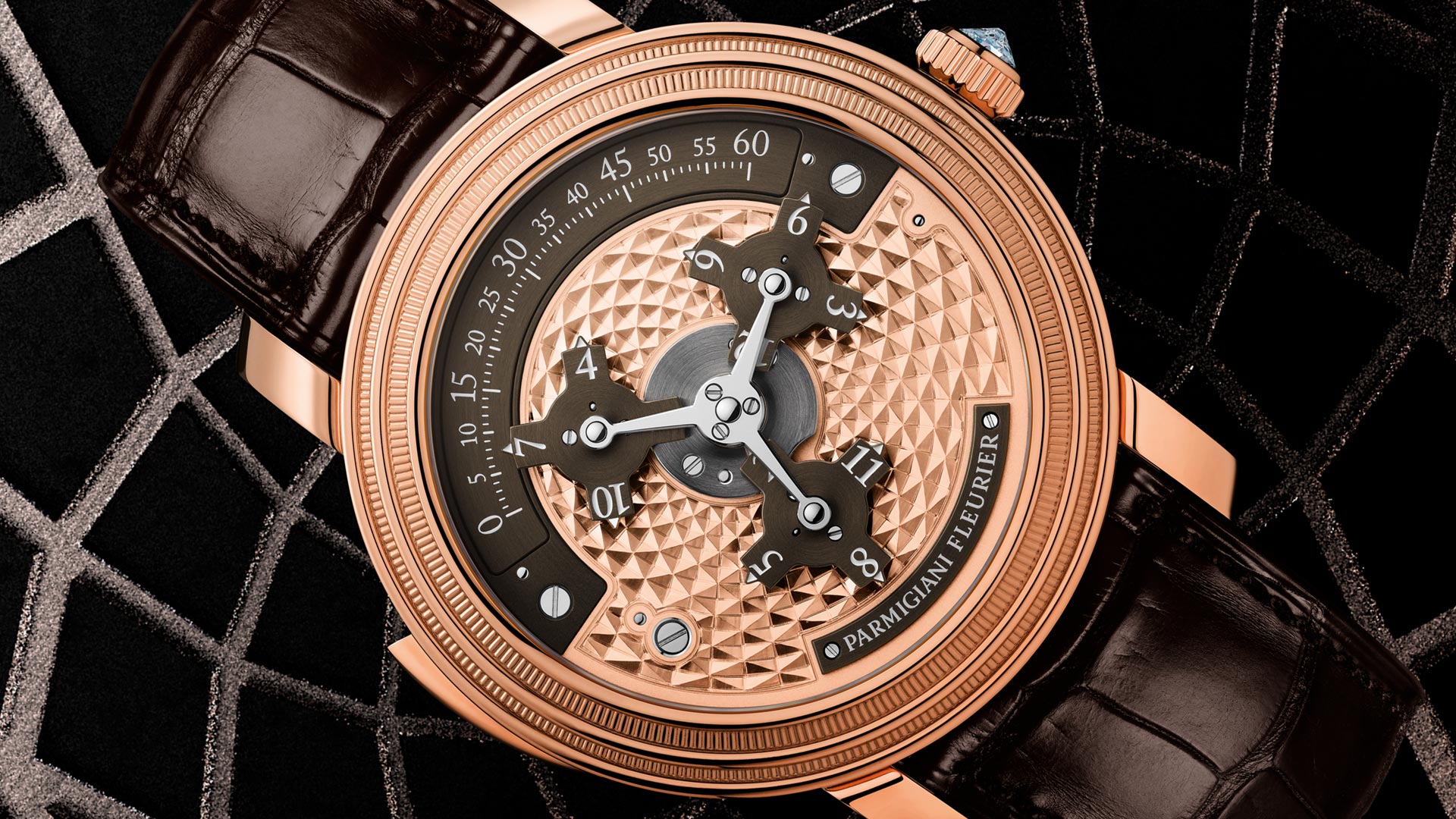 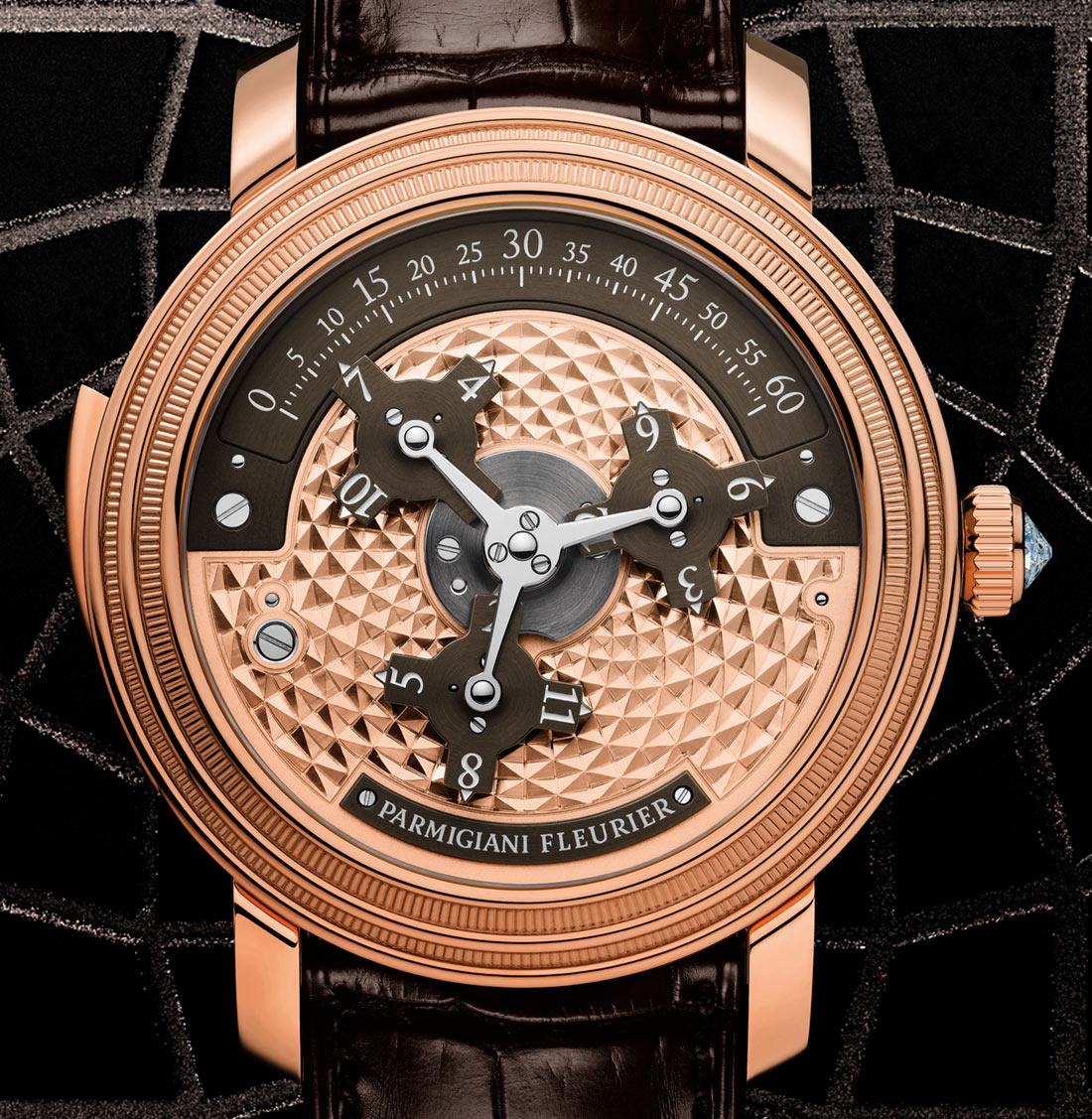 It is well documented that Swiss watch brand Parmigiani was founded by antique watch restorer and brand namesake Michel Parmigiani with the financial backing of the Sandoz Family Foundation. The foundation’s activities are varied, but among them is a collection of “horological works of art” which influence Parmigiani’s creations and sometimes inspire tributes. Featuring a “sector time display” and minute repeater, the new Parmigiani Toric Capitole Rose Gold Brown is one such example, based on an early 19th century pocket watch restored in the Parmigiani workshops and reinterpreted as a modern wristwatch. 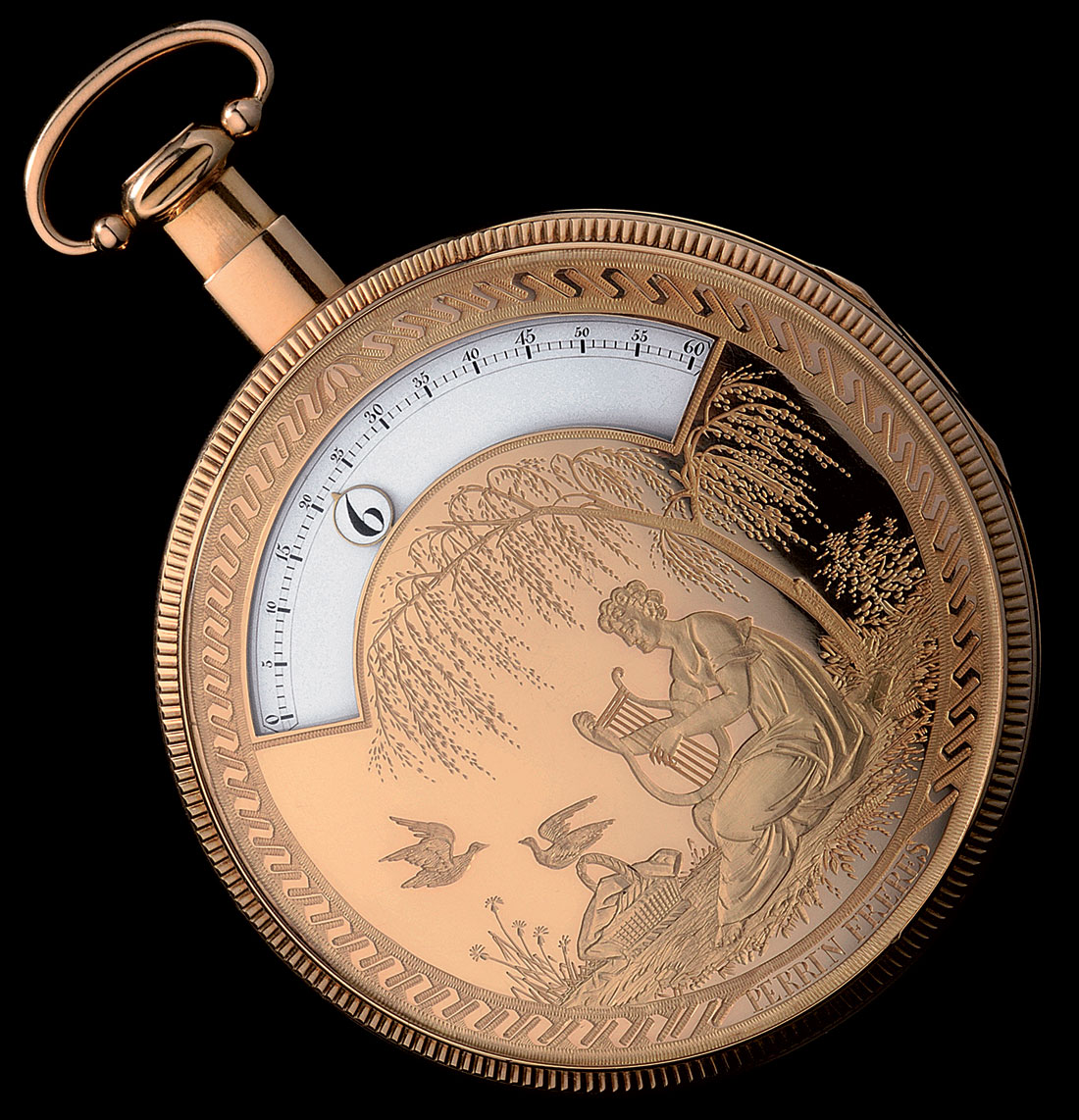 The Parmigiani Toric Capitole was first introduced in 2011 followed by another version in 2015 (pictured below). The new Parmigiani Toric Capitole for 2018, however, has a new look that breaks from the previous versions’ consistency. Most notable is that the “planetary gears” are now exposed on the dial rather than discretely tucked under a decorated cover, leading to a distinctly more avant-garde and technical look. Also called “wandering hours,” this particular complication merely displays hours and minutes – in a way that is far more complicated than necessary but undeniably very cool. Setting the time is when you will be able to most appreciate the dynamic movement of this system. 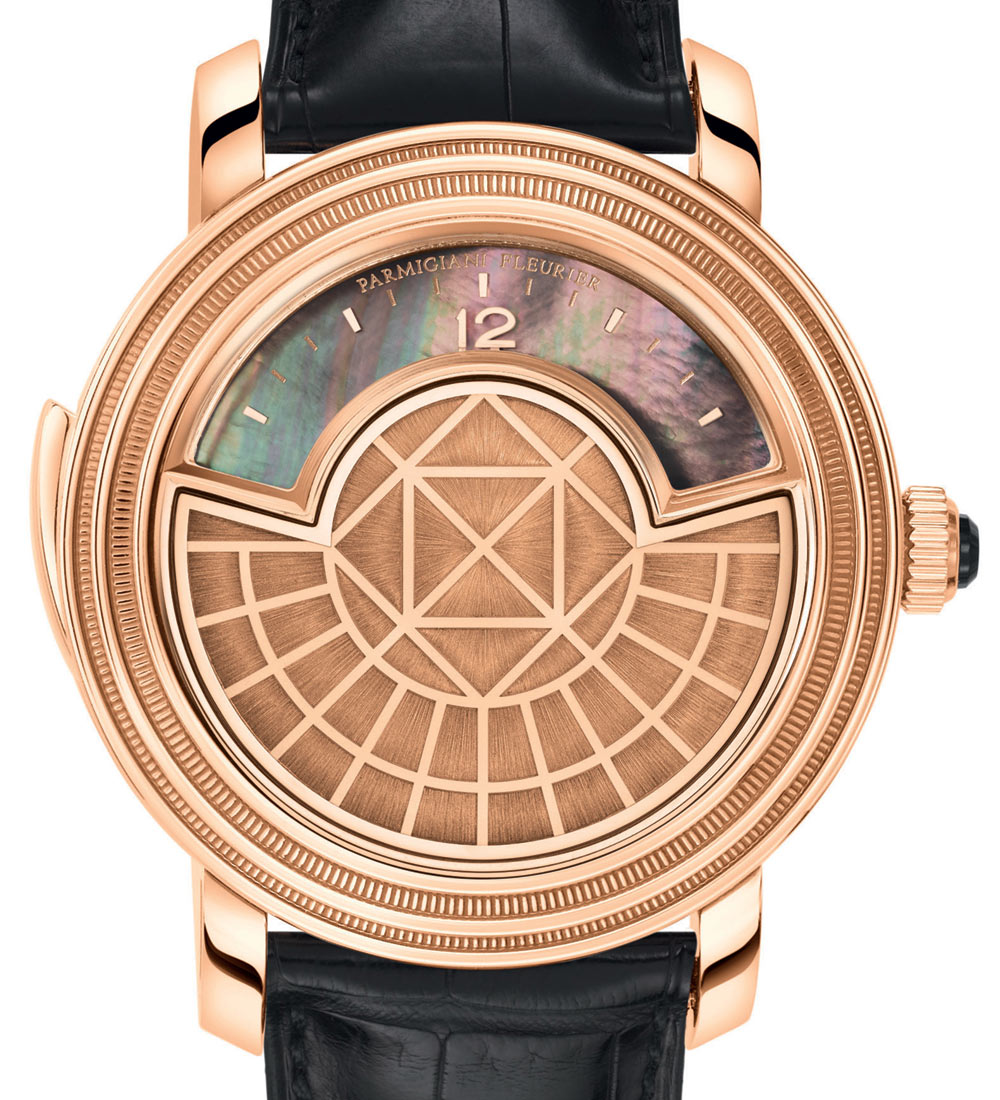 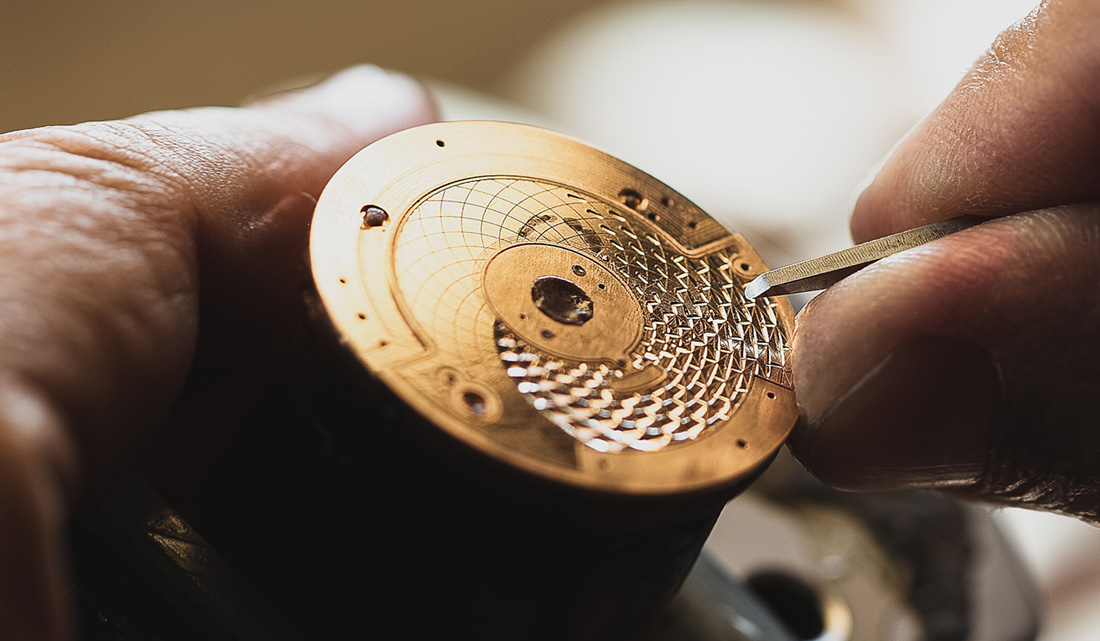 The way it is implemented for the Parmigiani Toric Capitole also makes it pretty obvious right away what is going on. If you can’t tell from the pictures, the current hour itself travels along a track indicating the current minute. Each gear has a disc with four numbers which rotate into position. It is clear what is happening on the dial, and it looks complicated enough, but driving it all is a module with a complex system of cams that is out of view. This complication has, of course, been used for centuries and continues to be, if rarely. Perhaps the modern brand most known for it is Urwerk with their “satellite” hours (there are a number of names for this complication, it seems). 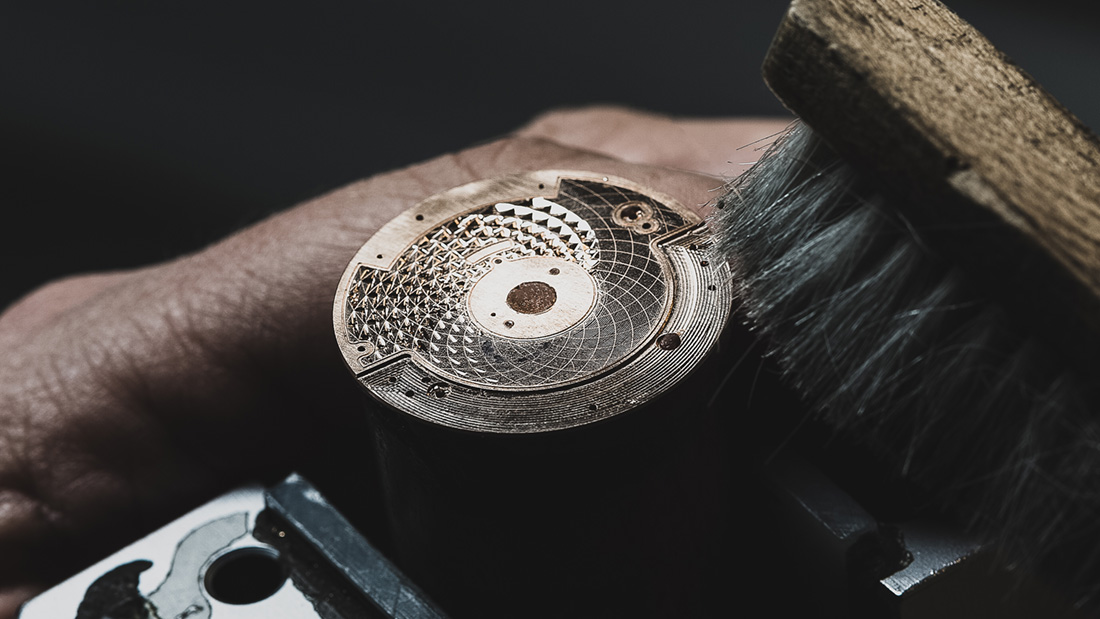 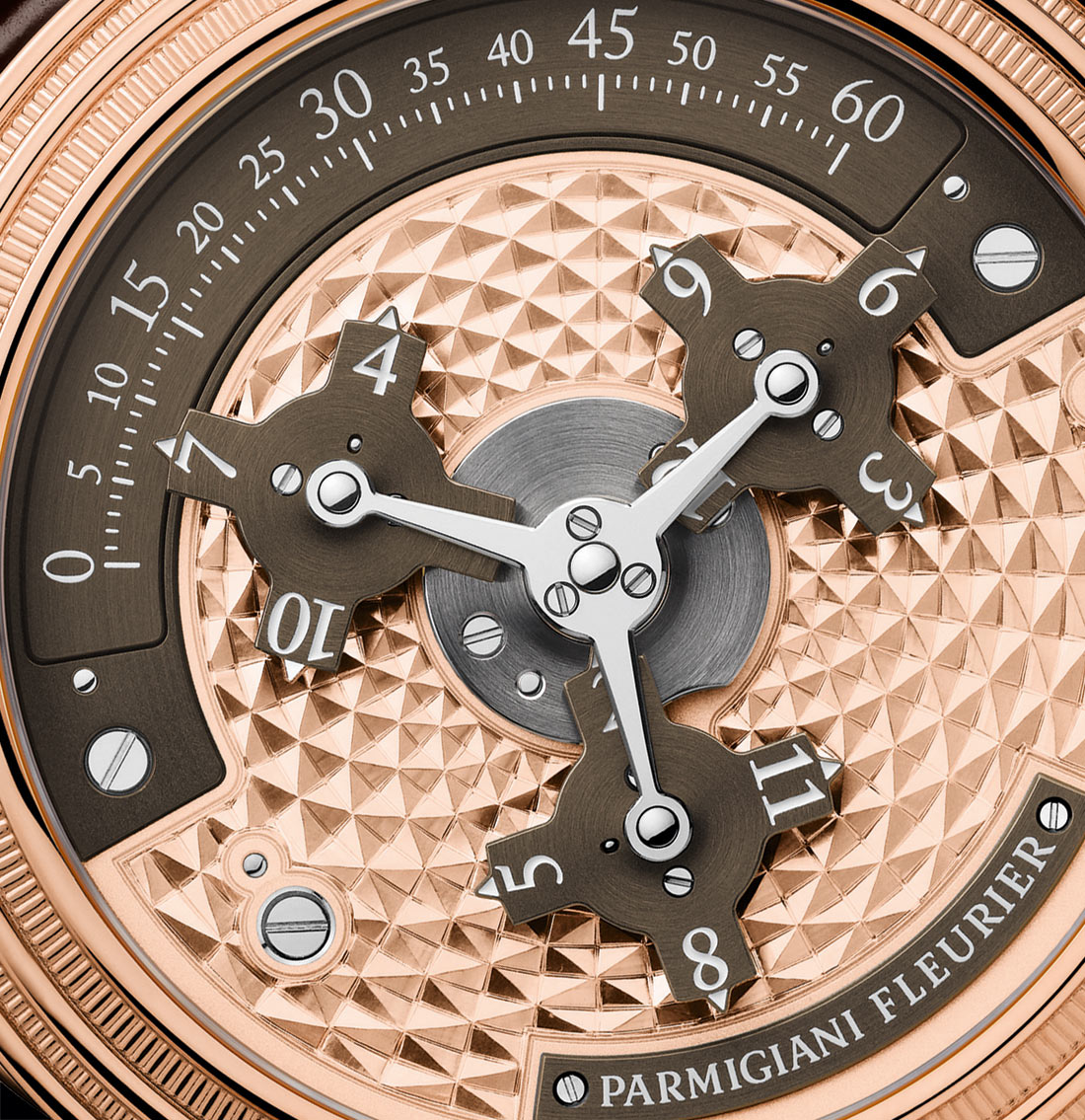 Adding significantly to the movement’s overall complication is the minute repeater, activated by a slider on the lefthand side of the case. Its “cathedral gongs” are visible encircling the movement through a sapphire crystal case back, where you can also watch the hammers strike them. “Cathedral” means there are two sets of gongs as opposed to one, with a purpose of superior acoustic quality. It is probably fair to call the manually wound Parmigiani PF321 movement “in-house,” as the Sandoz watchmaking resources are extensive and include the movement maker Vaucher – as well as dial and case makers, and just about everything needed for fully vertically integrated watch production, as we discussed in more detail here. The movement is decorated to haute horology standards and beats at 2.5Hz with a power reserve of 40 hours. 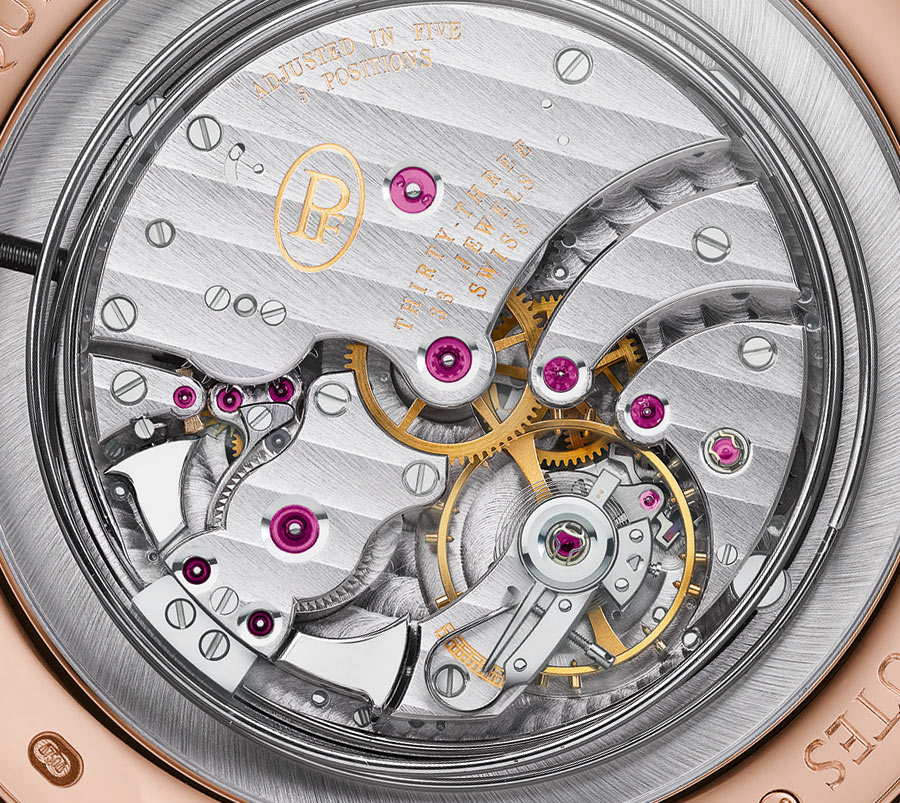 A sizable case is perhaps unsurprising for all that is going on mechanically and fitting for its pocket watch influence. In 18k rose gold, the Parmigiani Toric Capitole measures 45mm wide and 12.1mm thick with a water resistance of 30m. This dial pattern might at first look like the type of guilloche achieved by engine turning, but this is all hand-engraving – and the brand has provided some pictures to prove it. The brand’s explanation of the Parmigiani Toric Capitole’s influences seems slightly thematically mixed, as in addition to the above mentioned historical pocket watch, the dial pattern is said to reflect that of the floor tiles found in the ancient Roman building, the Capitolium – this is also where its name comes from, of course. 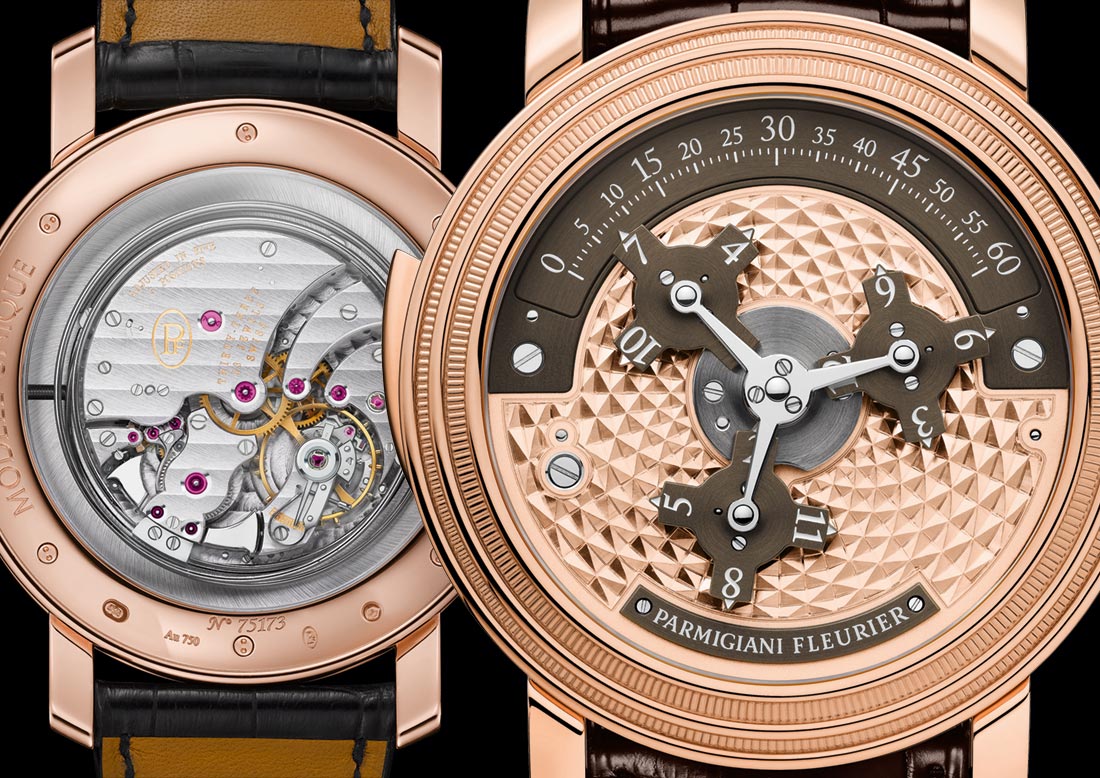 It doesn’t bother me at all that the various “inspirations” behind the Parmigiani Toric Capitole aren’t so cohesive (unless I’m missing something) because it is easy to appreciate the watch without even knowing about them. Wandering hours are one of my favorite complications, the pocket watch background is interesting, and the final product is unique. Only one example of the Parmigiani Toric Capitole Rose Gold Brown for 2018 is being produced and it has a price of $390,000. Learn more at parmigiani.com