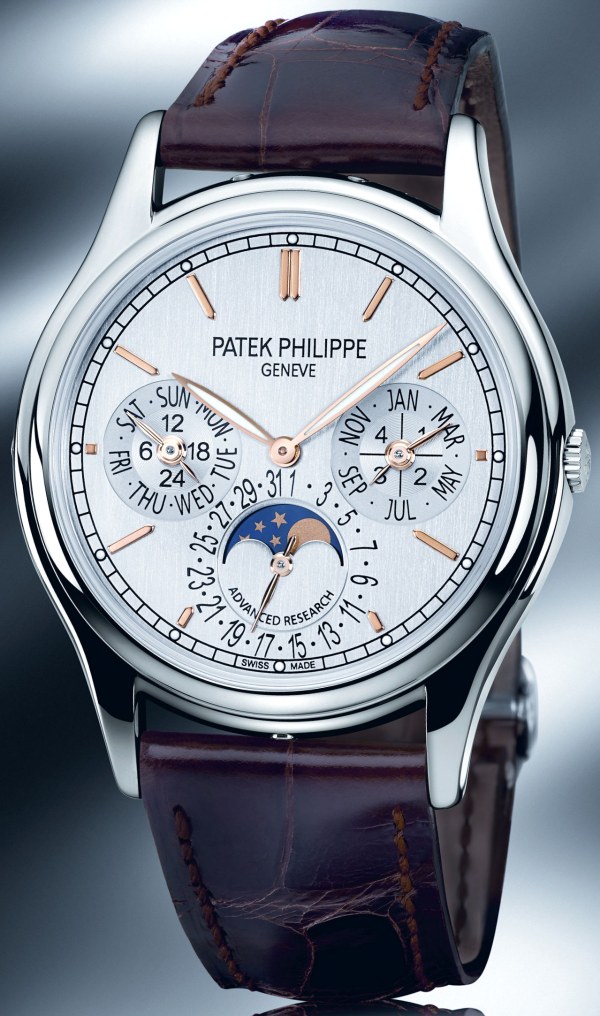 Silicon for the win! The material that has had watch brands debating and experimenting is here to stay and Patek Philippe is making sure of that. News from the big guys in Switzerland says that they intend for all Patek Philippe watches in the future to have Silinvar (their type of silicon) parts. A new limited edition watch called the ref. 5550P uses the brand’s newest Silinvar component called the GyromaxSi balance wheel. This balance wheel has a new shape that looks less like a wheel and more like an hour glass with inlaid gold added for weight. The ref. 5550P encapsulates the brand’s total efforts in Silinvar research to date and has three areas of the movement done in Silinvar. Now, get ready to remember some vocabulary. 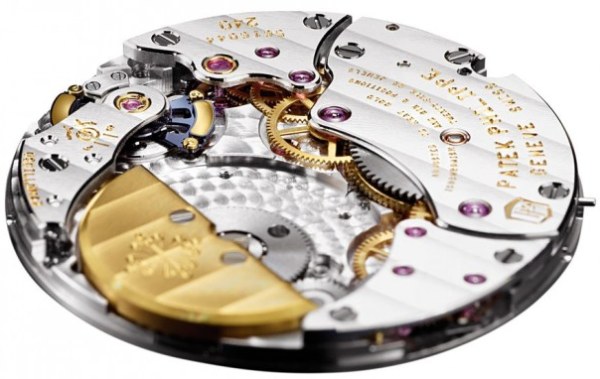 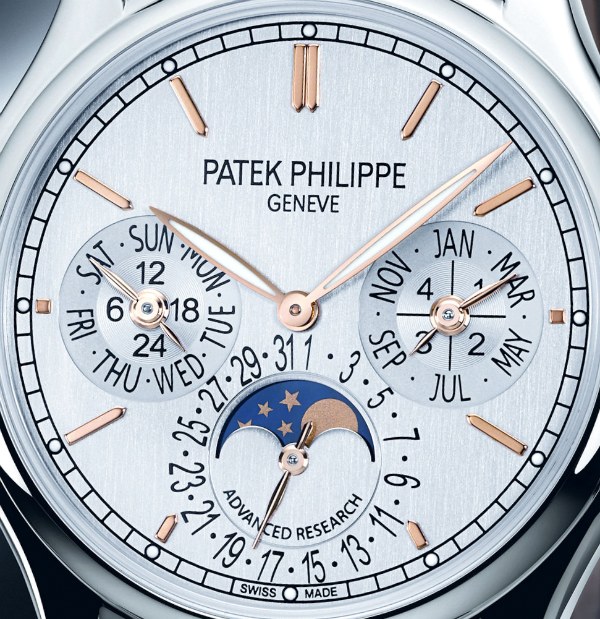 The three areas of the watch done in Silinvar are the GryomaxSi balance wheel, the Pulsomax escapement (two parts which includes the escapement wheel and anchor in Silinvar), and the Spiromax balance spring. Patek Philippe first began using silicon parts a few years ago with the Spiromax balance spring. Today, their “Advanced Research” department continues to experiment with and develop more parts using Silinvar.

The trio of new components involved in the energy transfer of the watch are together called “Oscillomax.” The term is engraved on the balance cock of the Patek Philippe caliber 240 Q Si movement inside of the ref. 5550P watch. So, from now on, when a Patek Philippe watch has the Oscillomax label applied to it you will know that it has a GryomaxSi balance, a Pulsomax escapement, and a Spiromax hair spring. Got all that? 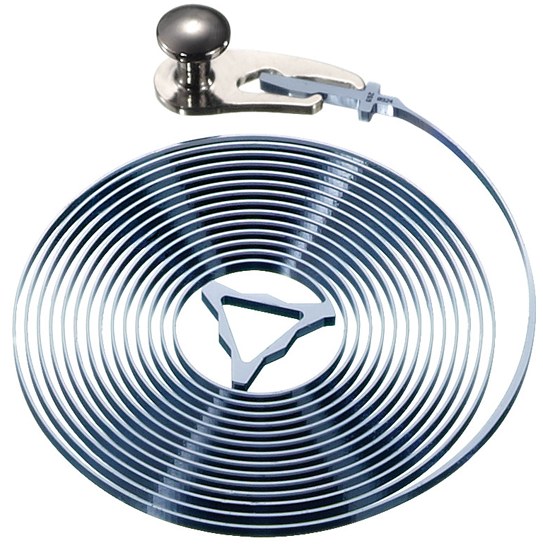 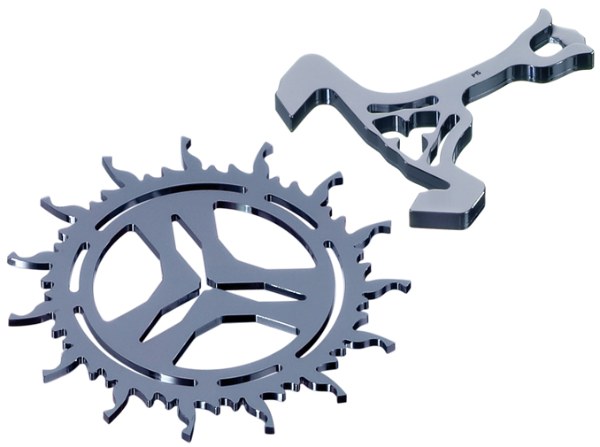 Why all this effort and desire to use Silinvar? You must know that Patek Philippe really isn’t the type of brand to do this “just to be different.” No, the reason has to do with improving the accuracy, reliability, lifespan, and efficiency of Patek Phillipe watches. Silinvar parts are smoother and thus have less air resistance (a big issue in the balance wheel) and are also relatively frictionless. This means that watch movements will not only last longer but more accurate, too. They will also make better use of their power reserve and last longer – in other words, they will be more efficient. Case in point: The caliber 240 Q Si is based on the existing ultra-thin perpetual calendar caliber 240 Q automatic movement. The Si version has a power reserve of 70 hours – much more than the original’s 48 hours. This is done simply by adding the silicon parts.

While I don’t have the numbers that indicate increases in rate results of reliability, Patek Philippe would not be pumping millions into this if there was not significant improvements or at least the promise of significant improvements. Reports seem to indicate that the brand is very happy with the results of their watches that contain Silinvar components. Like I said, the brand is interested in putting Oscillomax into all new watches soon and, at the very least, they are going to place Spiromax hair springs into as many of their calibers as possible. 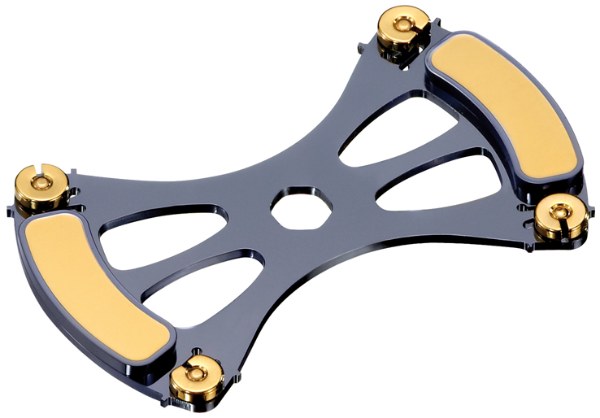 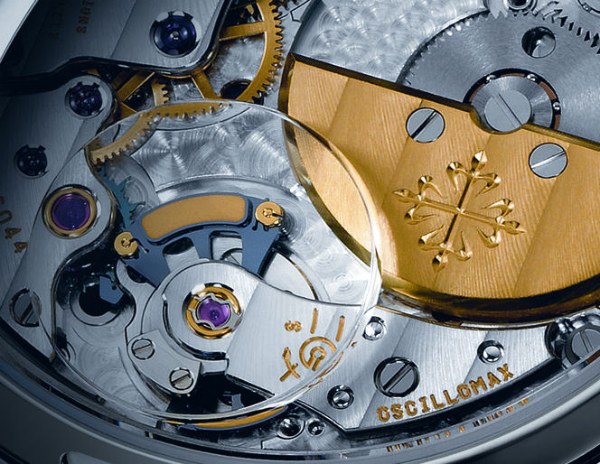 The ref. 5550P Advanced Research ultra-thin perpetual calendar watch is probably already sold out. However, it will be made as a limited edition of 300 pieces in a platinum case that is 37.2mm wide and just under 9mm thick. It is identical to the ref. 5140 watch save for the movement. How cool is it to have a Patek Philippe with “Advanced Research” on the dial? These are most certainly going to be serious collectors items in years to come! The caseback has a sapphire display window and looks to have a magnified section over the GryomaxSi balance for you to see it better. While this is is the most visible Silinvar component, you can see parts of the Pulsomax escapement as well.

Patek Philippe’s dedication to such research and “advancing” traditional watch making is truly a very good thing. They could just as easily sit around and do the same thing they have done for years, citing the importance and adhering to tradition. The use of silicon parts has been controversial because brands often worry about the ability to make parts long into the future, not to mention the effect it would have on how things are currently done. At present, the promises of using this material have been quickly outweighing earlier fears. With help from the major brands, we can be sure that enough knowledge and skill will be developed in using silicon for parts that, in decades to come, parts and techniques will still be available to service these watches. The future fear is simple: What if a newer material comes out that is even better than silicon? That time has yet to come and, for the foreseeable future, the most accurate and reliable mechanical movements of the future will have a lot of silicon in them. You can thank Patek Philippe for doing their part to make that happen en masse.