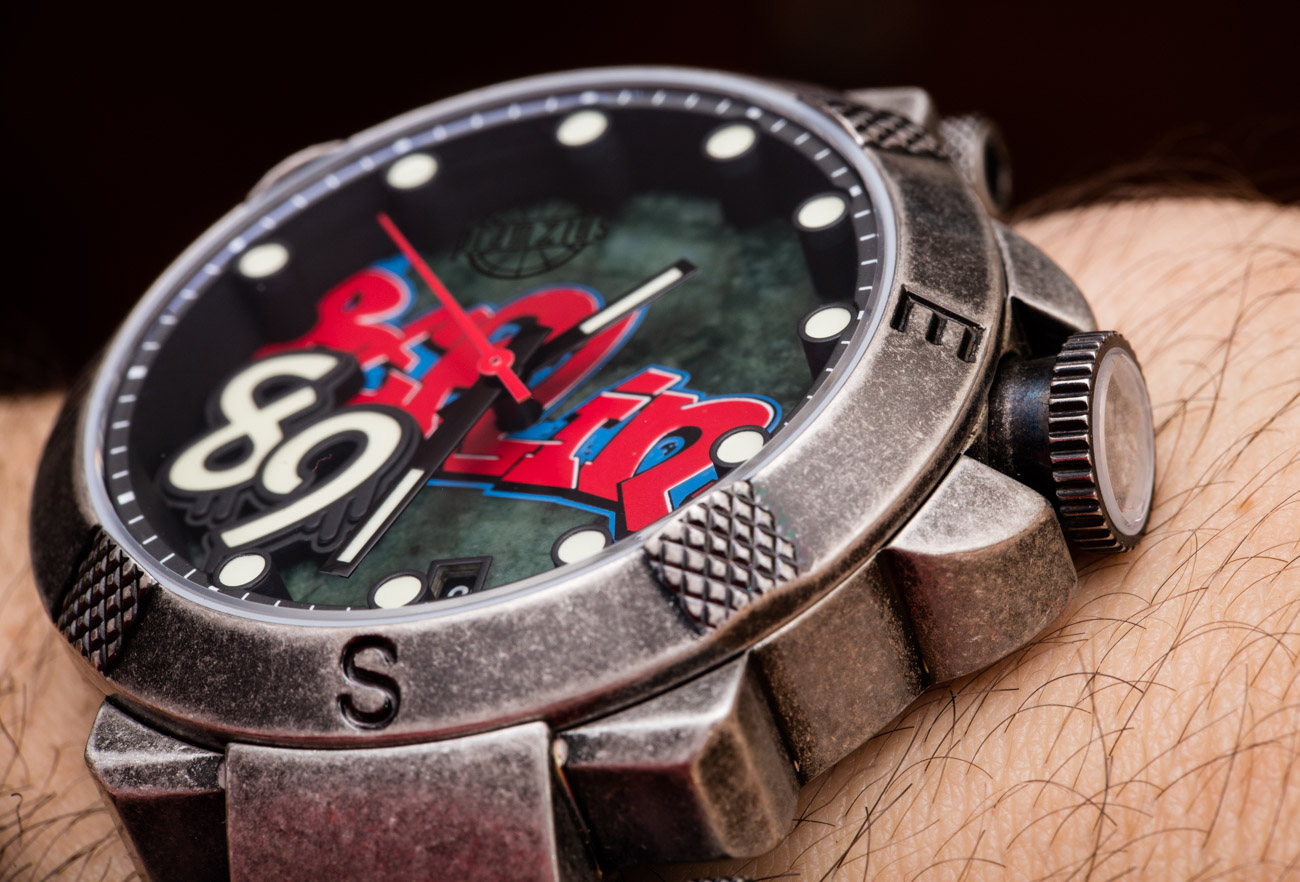 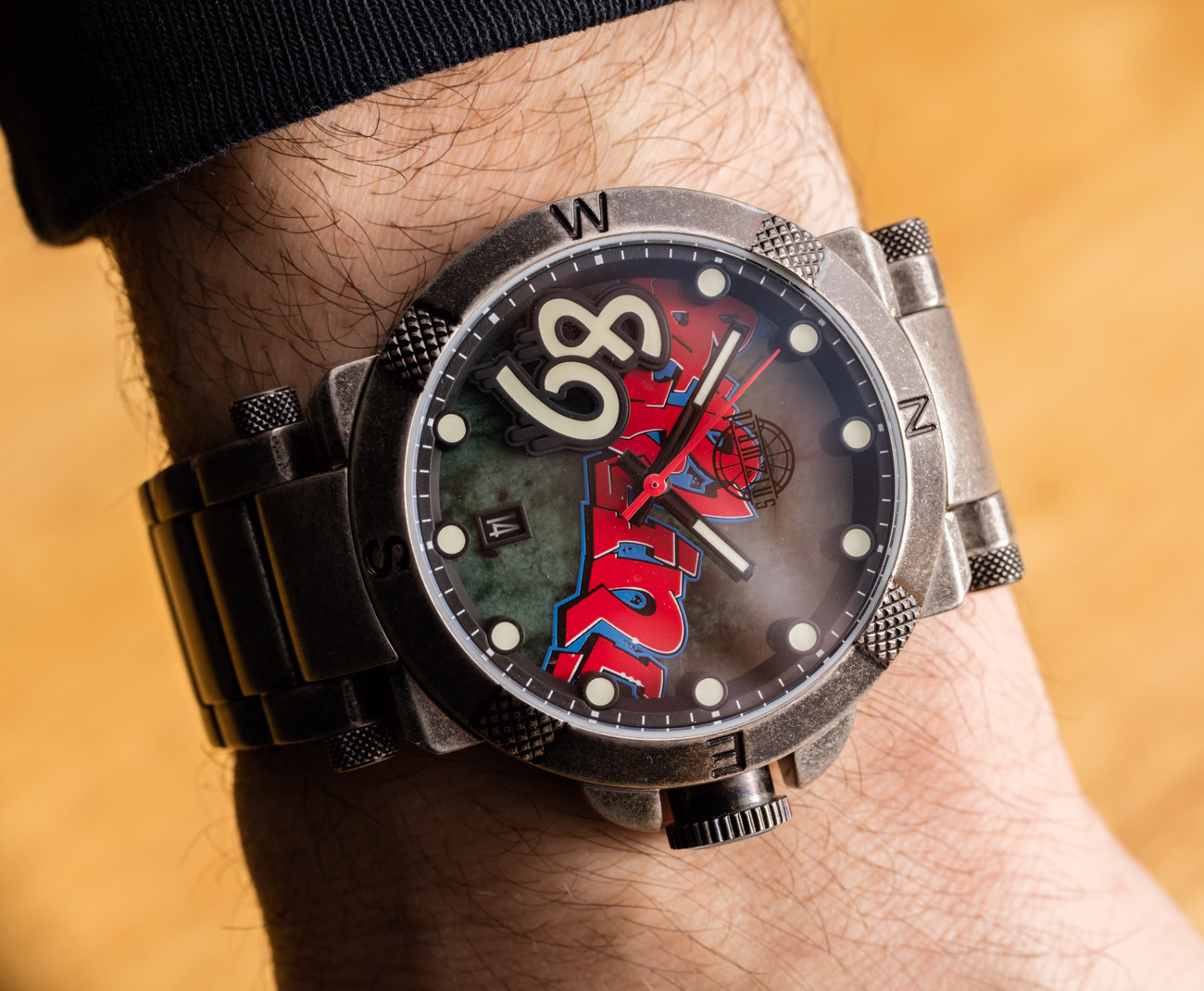 Berlin and greater Germany recently celebrated the 30th anniversary of the fall of the Berlin wall. In 1989, the reunification of East and West Germany — memorialized by the destruction of a wall that separated East and West Berlin — was also a precursor to the demise of the Soviet Union and the Cold War between Western powers and those in the Soviet Union’s Iron Curtain. One of the most interesting timepieces to celebrate this piece of history is this Berlin Wall Signature limited-edition set of watches from Pramzius. Named after an obscure mythological god known by people in Baltic region of Europe, Pramzius as a watch brand is brought to you by the same people who operate the longstanding online watch retailer R2Awatches.com.

aBlogtoWatch first debuted the Pramzius Berlin Wall Signature Edition watches in early 2018 when they were part of a Kickstarter crowdfunding campaign. The limited edition of 1,989 watches came with two dial styles (one with or without the more bold graffiti-style “Berlin” statement) and with two case sizes (42 and 48mm-wide). The Berlin Wall Signature Edition watches are also available on a strap or this matching “aged-style” steel metal bracelet. Now after the watches have been produced and released, I offer a hands-on look at this pretty cool, but certainly not for everyone, timepiece.

On my wrist is the 42mm-wide version of the Berlin Wall watch with the “colored dial.” The particular “Berlin” graphic was inspired by actual graffiti from the watch (and that was used with permission by Pramzius). The face itself is bluish actual marble stone, and the dial is a decently legible mixture of applied hour markers with graffiti style 8 and 9 o’clock hour indicators that have been juxtaposed in order to create the “89” number as indicative of the year 1989, when the Berlin Wall came down. Given the art on the dial, I actually think it is pretty legible, overall, and the luminant on the hands and hour markers makes for impressive darkness visibility. 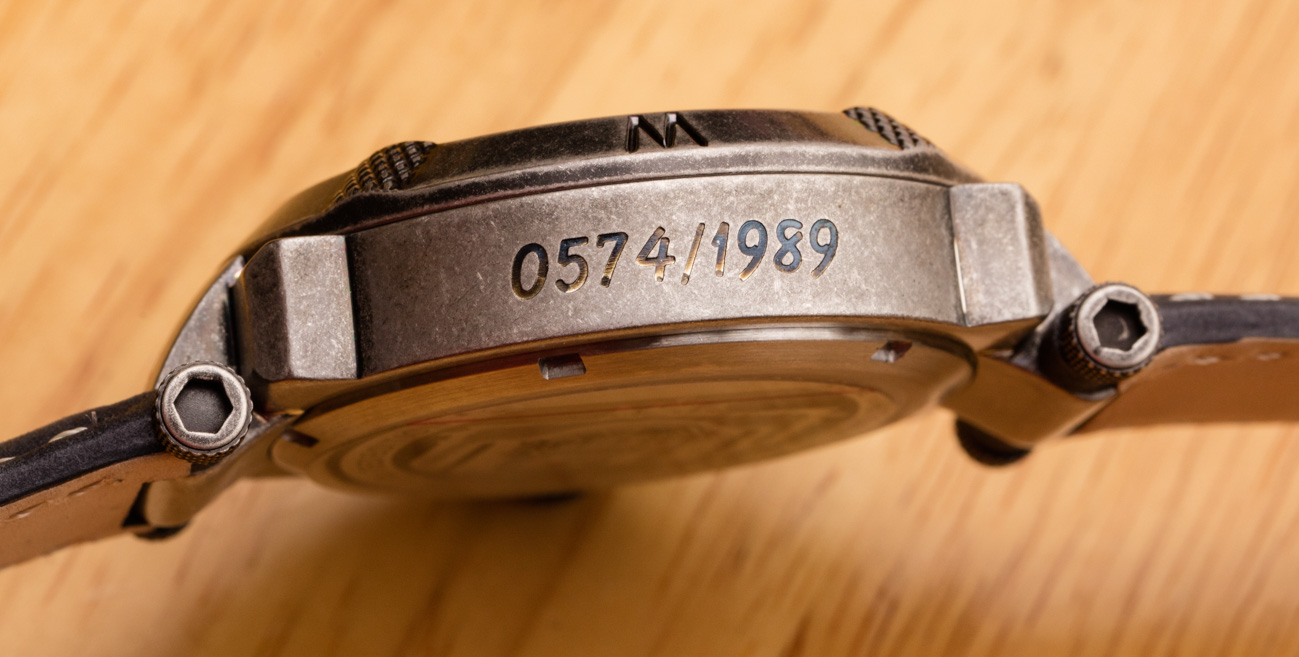 If you’ve been to Berlin — especially in first two decades after the fall of the wall, you’ll immediately appreciate how the “aged, industrial” look of the watch case and bracelet fit in with the vibe of the city. While at times the case feels a bit like a hodgepodge of design elements, it results in a masculine and comfortable aesthetic that is satisfying given the current popularity of “aged-style” (otherwise brand new) timepieces. To achieve this aged effect, the 100 meters water resistant (with sapphire crystal over the dial) steel case and bracelet is given a coating for the visual effect. 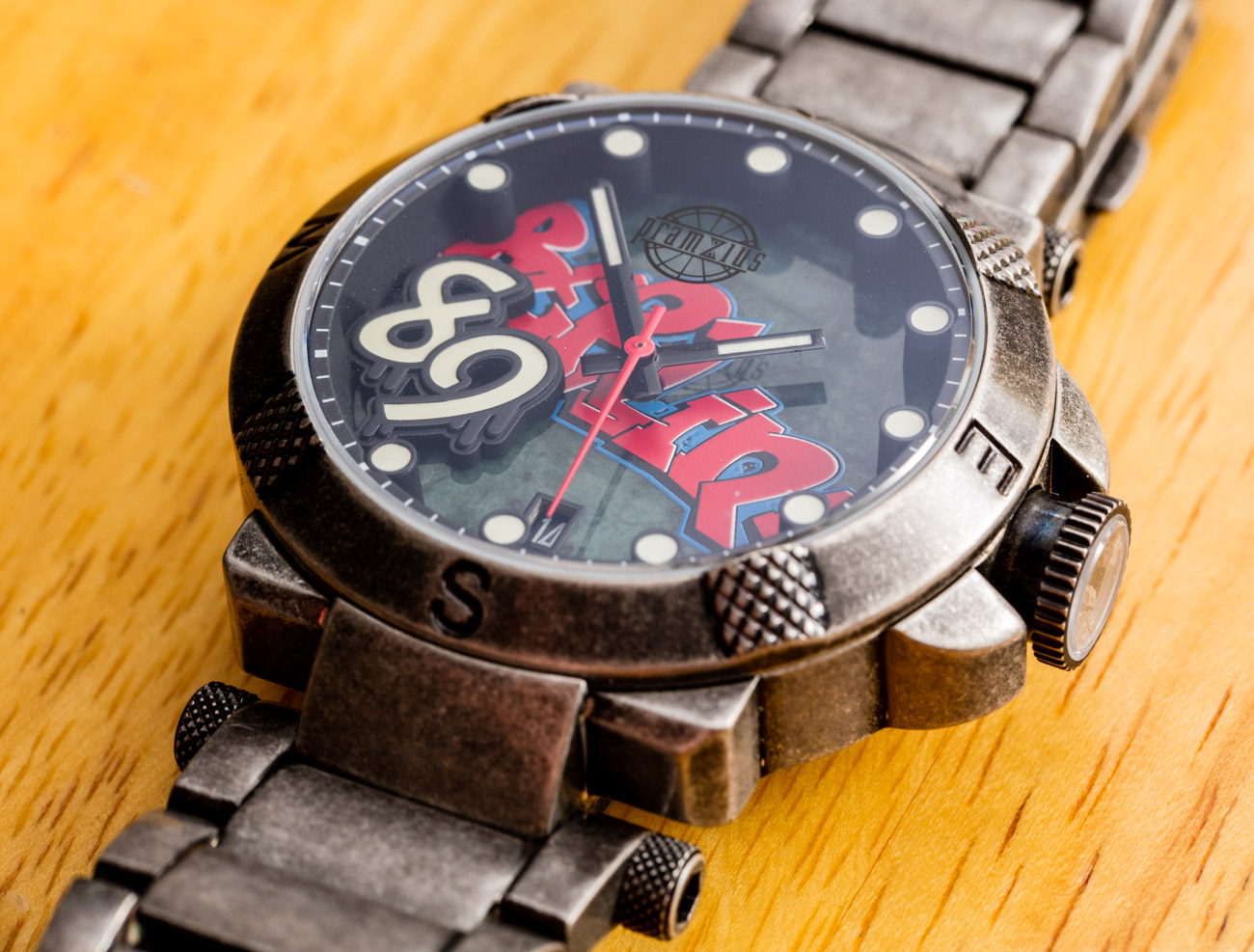 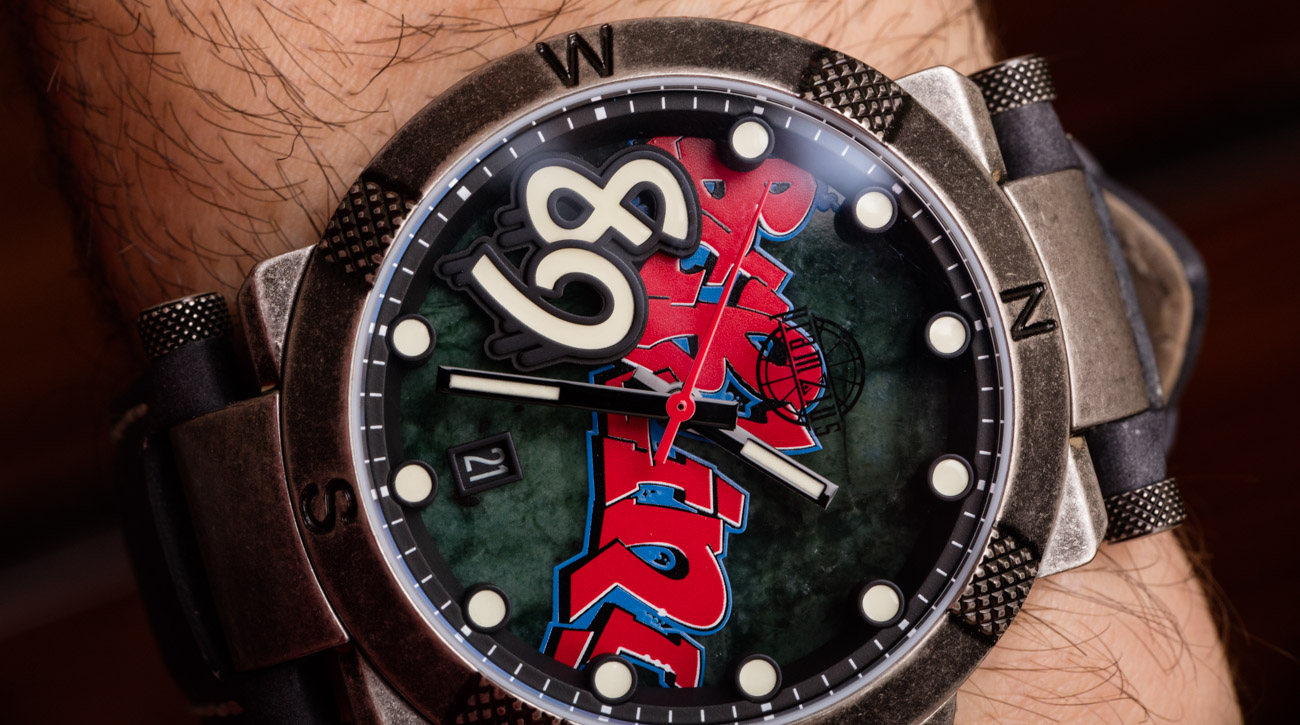 On the rear of the case is an etching of the Brandenburg Gate — an important and historic landmark in Berlin and the place where United States President Ronald Reagan famously orated “Mr. Gorbachev, tear down this wall.” Another fun detail that is sure to help with social conversation is the crown of the watch. Inside is a small capsule that contains rocks that came from the actual Berlin Wall itself. Pramzius very much wanted to have an actual part of the Berlin Wall in the watch, and this was a clever way to do it. 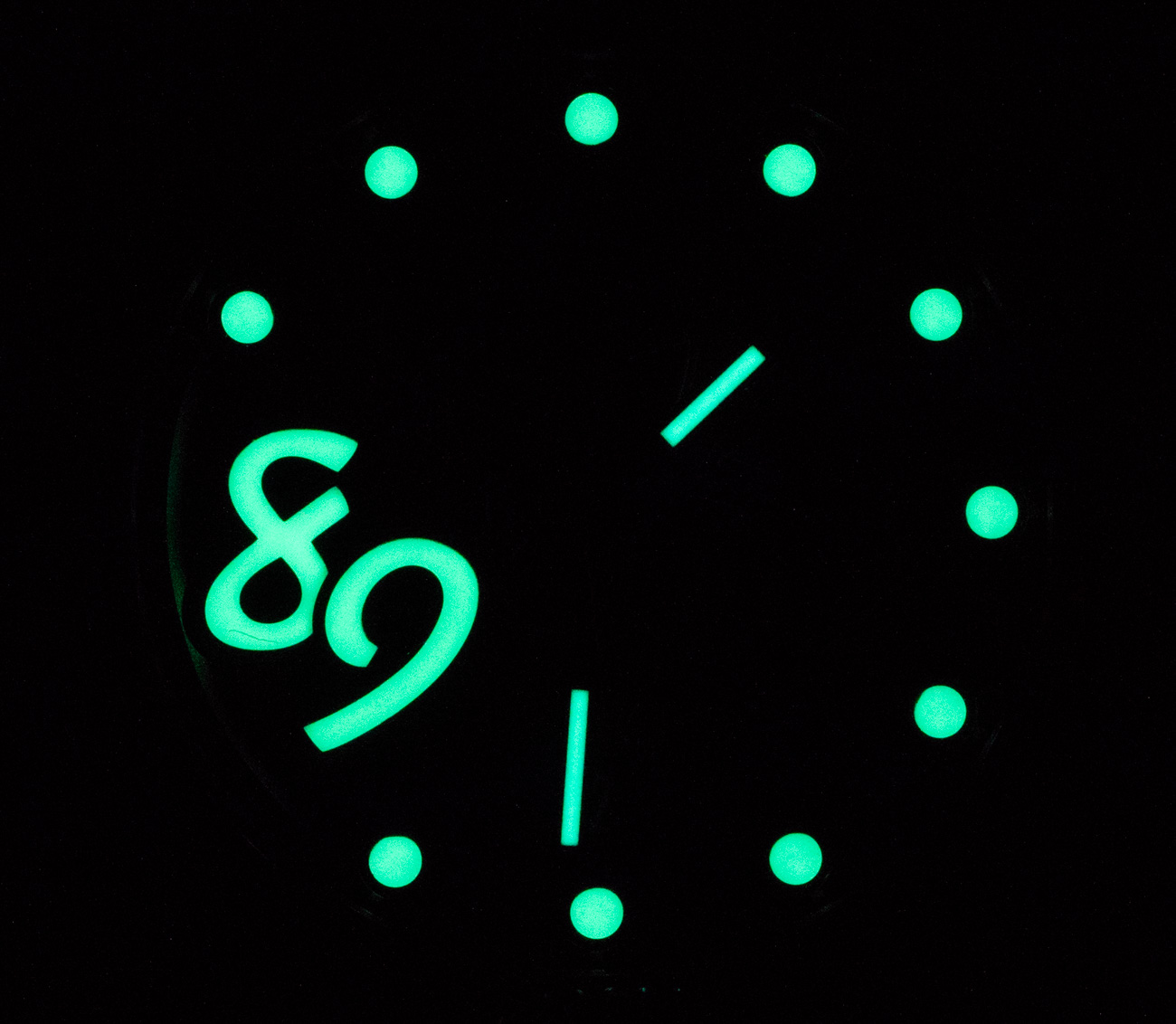 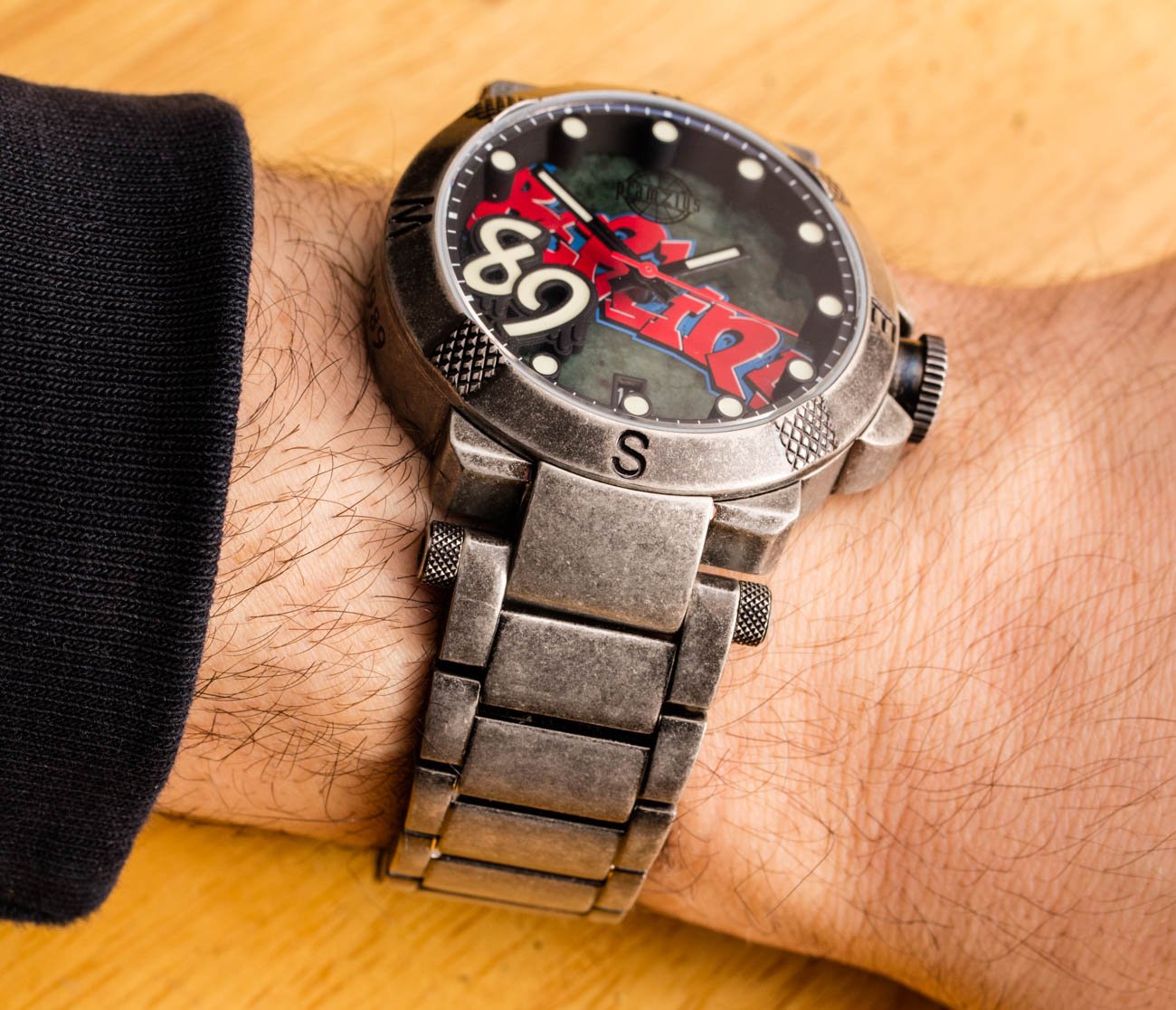 Inside the watch is a Japanese Seiko Instrument NH35 automatic mechanical movement. Yes, it would have been nice for the watch to come with a Swiss movement, but at this price point and with all the details in the watch, I am not complaining. In fact, my major takeaway feeling is that Pramzius really went above and beyond in making not only a satisfying historical-themed watch, but also in making a fashion statement well beyond the history the watch is trying to tell. With all the timepiece details meant to satisfy wristwatch enthusiasts, the Pramzius Berlin Wall Signature Edition watches actually better than one might expect, compared to other watches of this ilk in their final execution.

One again, Pramzius produces four versions of the Berlin Wall Signature Edition watch depending on the case size and dial design. Each of the watches is available on either a strap or a matching metal bracelet priced at $649 USD and $699 USD, respectively. Learn more at the Pramzius website here.