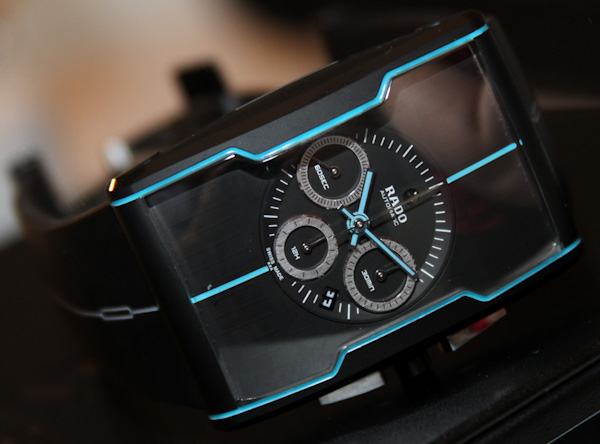 While it does not surprise me much, I can’t say that I would have guessed Rado would bring out a watch with the aesthetic of Tron. In a way I get it. Rado had a nice time in the 1980s when it started to popularize ceramic cased watches, and Tron came out in the 1980s. Both were futuristic in their own avant garde manner. The Rado R-One (R-1) isn’t per se a “Tron watch” as there is no official connection, but you’d be amiss to find the R-One’s design not wholly inspired by the movie franchise.

It is a limited edition for 2012 and it is quite expensive. Rado, like other large group owned brands, deserves some fun in design without having to focus on purely marketable timepieces. There is no mainstream appeal to the R-One, which is one reason why Rado will only produce 300 pieces. It does however offer a cool factor and you may want to look closely at Rado again. 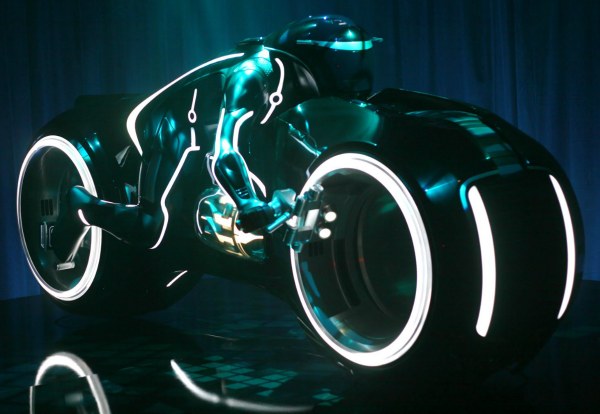 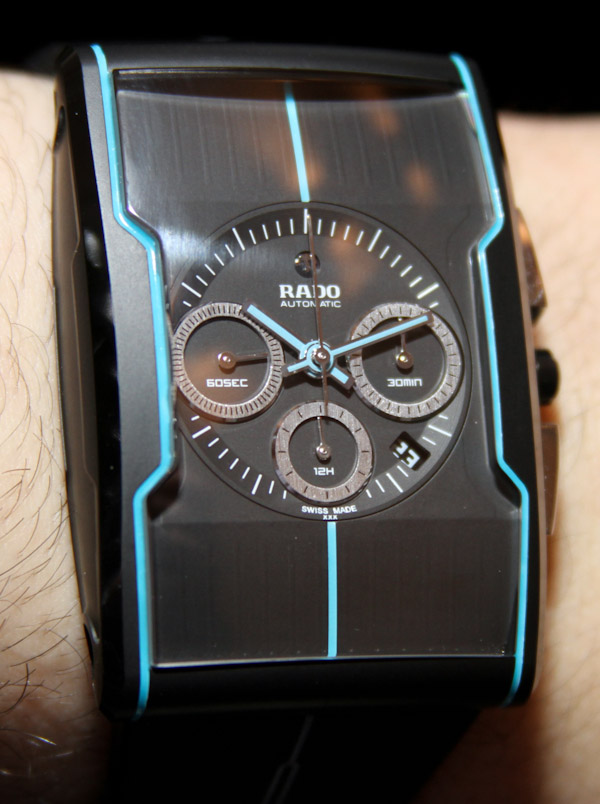 Rado at Baselworld 2012 had one of the biggest new collections around – especially with their massive new collection of HyperChrome watches (that I debuted here). What Rado also needed was something interesting to get media involved, and something Rado retailers could have in their showcase that would attract people. Come for the R-One, leave with the HyperChrome (or something else). Rado is pushing to be big again, especially in the Western world where the brand hasn’t quite been able to keep up with popular trends. Though with Swatch muscle and ceramic DNA, they are actually in a good position to engage consumers looking to spend between $1,000 – $4,000 on a Swiss watch with a neat look.

Rather than go ultra complicated with something like a Rado tourbillon, they instead wanted to bank in on the pop-culture inspired futuristic look that has been popular as of late. The R-One does have that hallmark – enough though it is a decidedly strange watch. No designer would ever make something like this as a mainstream piece – it is art. 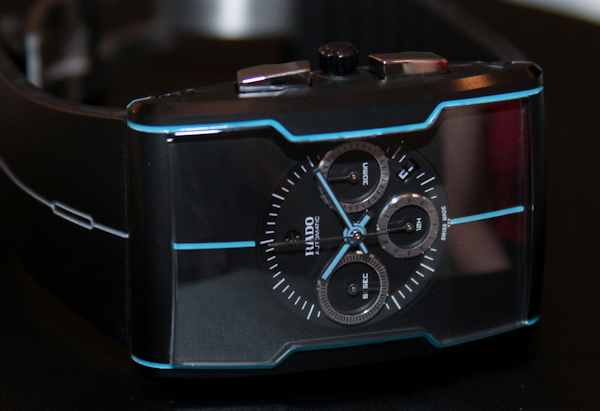 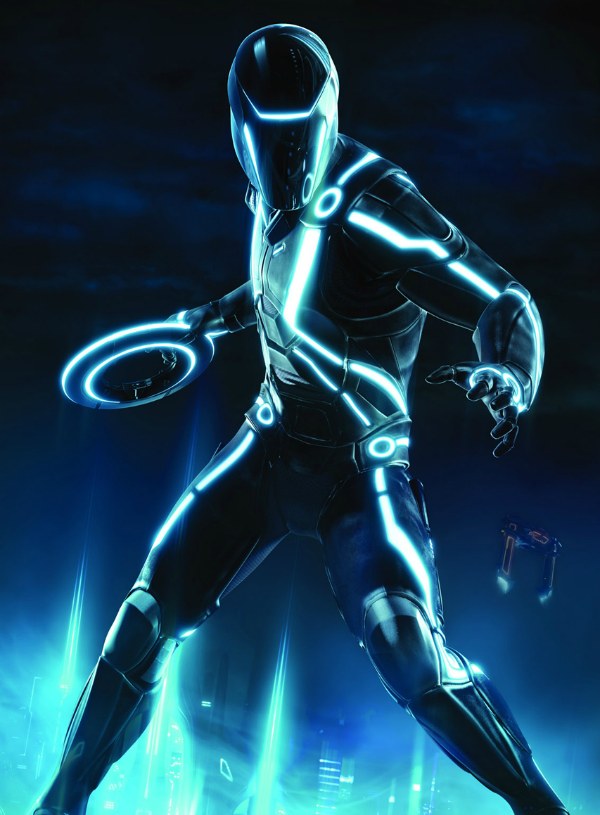 The case design is pretty cool for this watch. Like a curved rectangle, it is in ceramic and titanium being 48.5mm tall by 34.5mm wide. A notable feature is how the straps are attached. There is a sort of retainer tube (that you can see right through), on the side of the case that holds the strap in place. I think it is probably clear that only Rado will be able to change the strap for you. The angular look of the case is still nicely curved where it counts. There is a fine mixtures of angles and organic curves on the case.

For the dial, Rado chose a unique route. The watch face itself is petite at best, residing in the center of the dial with lots of empty space above and below it. While it is smaller in comparison to the rest of the dial, the watch face is legible and well done in Rado fashion. Note that the little Rado anchor logo actually moves around like a small rotor. Inside the watch is a rarely used movement which is the Swiss ETA 2094 automatic chronograph. Think of it as a smaller version of the 2894 chronograph. You can see the movement through the caseback window with a custom Rado automatic rotor. 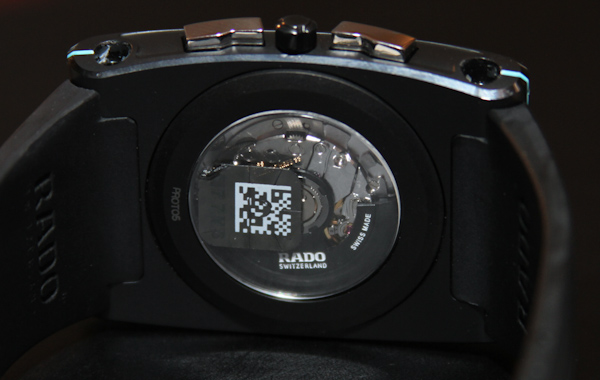 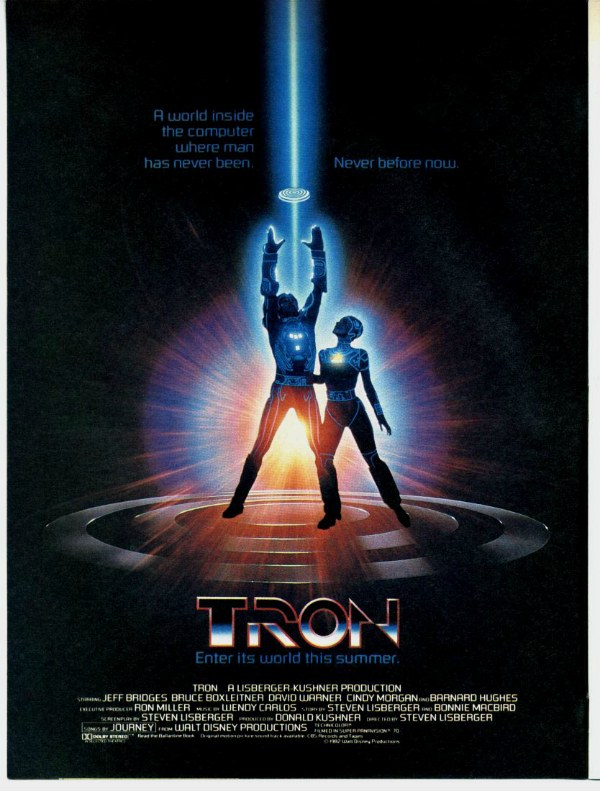 The dial, like the case is black ceramic. Rado mixes glossy polished and matte ceramic throughout the case design. There isn’t too much contrast but it helps the design from feeling too flat. The “Tron-esque” aspect of the watch are strips of glowing blue piping. They do glow in the dark and are matched to the colors of the hour and minute hands. The blue lume strips run on the sides and middle of the case. With a slightly different color of blue – the decorative line from the center of the watch continues on the rubber strap. 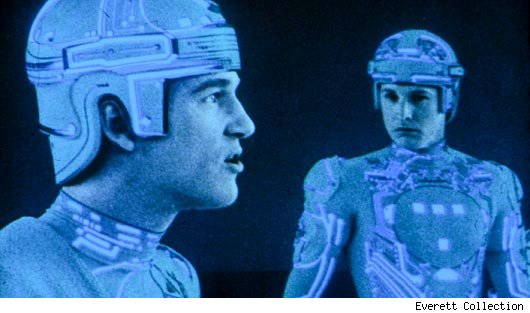 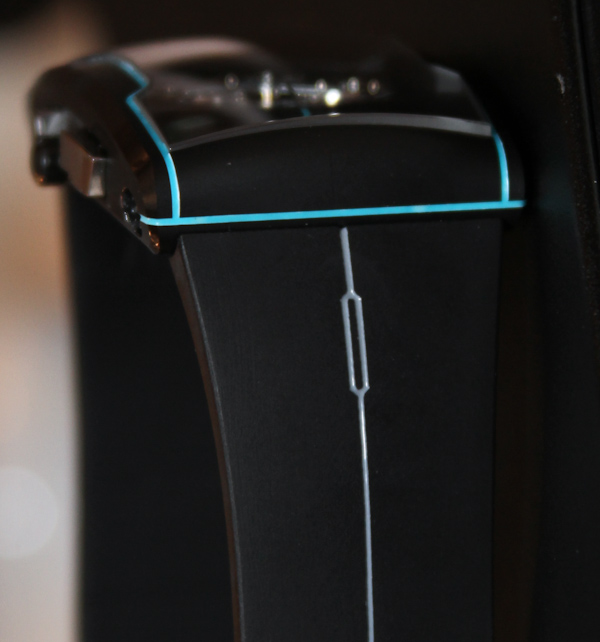 Over the dial is a sapphire crystal, and you’ll notice that is has a unique shape with an indented center section. This piece along with the uniquely cut ceramic case are more than likely to be the most expensive parts of the R-One watch. With the unique look and limited production, Rado is rather ambitious with the price. Each of the 300 pieces is priced at $15,000.