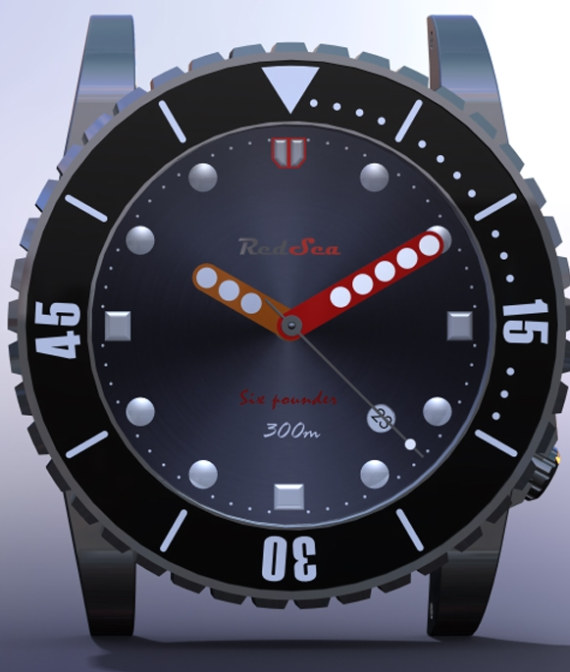 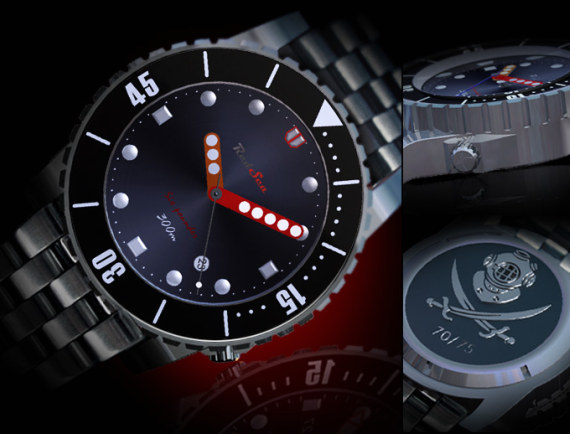 Welcome to new dive watch brand RedSea. Another Fan-diver brand. Meaning a couple of people who love watches – dive watches – decided they wanted a diver in “their image.” So Red Sea was born, and if your tastes are similar to theirs, have they got a watch for you. There are two models, but they are basically the same watch with two dials. The Six Pounder is easily the most avant garde of the two. With its BRM watch style hands – you have an interesting use of borrowed aesthetic for a dive watch. The rear of the watches have a pirate style skull and crossed swords engraving that pretty much makes everything it is applied to a bit more bad ass. Do modern pirates have flags anymore? I wonder. I don’t think they have ships they are super proud of anymore…

The real Red sea is one of the best places in the world for diving. The high salt, very clear water is home to a ton of tropical fish. Right underneath Israel, the warm waters are a hot spot for nature lovers who dive into the waters to see the beautiful fish and invertebrate creatures.. So it makes total sense to have a dive watch brand named after the body of water. Though, I don’t think there are many pirates in that sea. The names of the watches – those are from nick-names that pirates use for cannons (apparently). 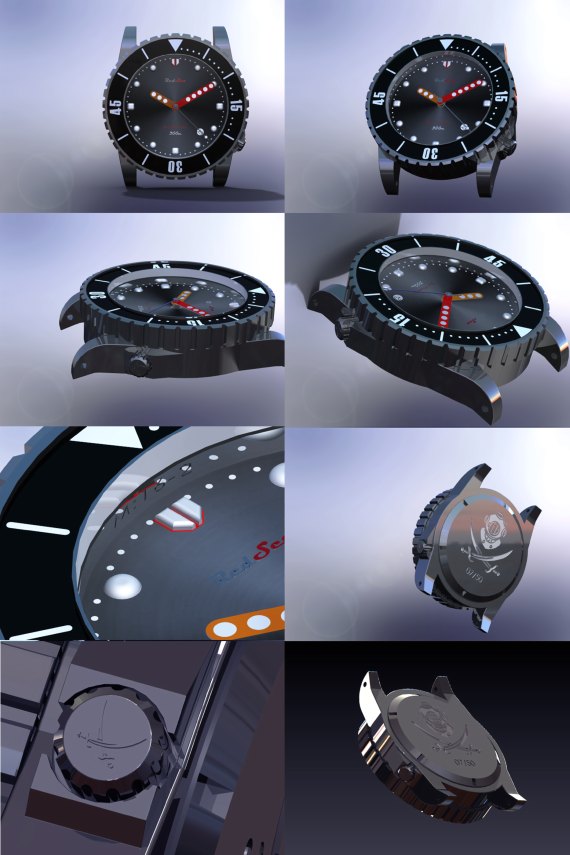 Both watches are in 44mm wide steel cases that are also available in a black PVD version. Proportions are all large and chunky for lovers of big and bulky watches (myself included). An important note is that the lume is done by LUM-TEC. Who makes a great alternative to the very expensive SuperLumiNova. Inside the watches are Japanese Miyota 9015 automatic movements that usually perform admirably. Looks aren’t band, and I especially like the design of the rotating diver’s bezel. The hour markers are thick with lume, but not too large. A lot like older Rolex Submariners. The orange and red hands should be easy to read as well. The case is water resistant to 300 meters and the crystal is AR coated sapphire. 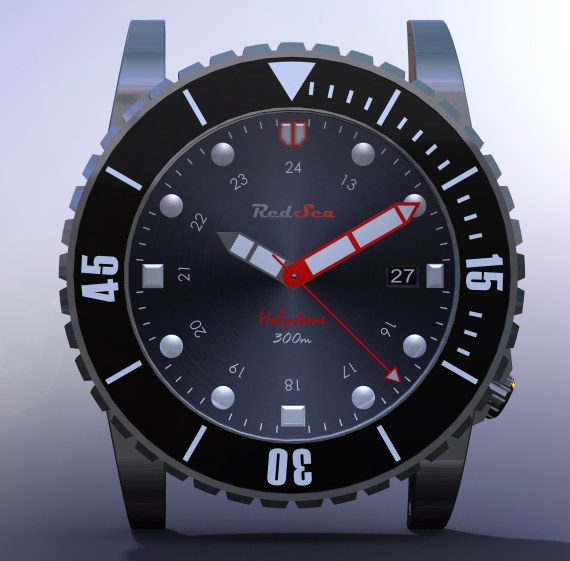 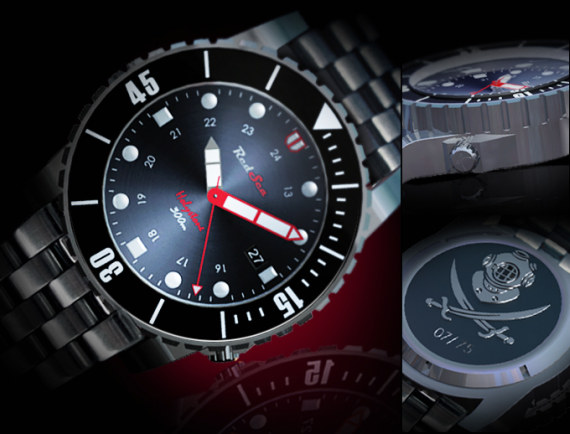 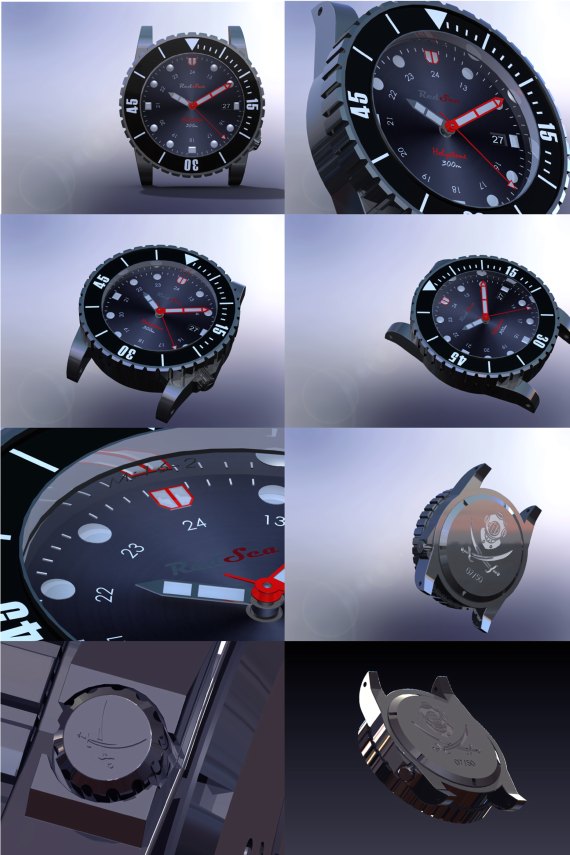 If you get a RedSea watch, they include three straps. The metal bracelet, a rubber strap, and a NATO style strap. Hopefully there will be a changing tool included as well. Price for the watches is $665 in steel, and $695 in PVD steel. Though right now during the pre-order phase, the watches are $100 less, at $565 and $596 respectively for steel and PVD. Just to remove any confusion – both the Six Pounder and Holystone watches have the same price.

Inspired by the pirates’ name for cannons, the Six Pounder features rugged construction and unique styling. The hands replicate a cannon with lumed cannon balls. The sweeping Miyota 9015 movement second hand illuminates at the tip — looking like a burning cannon wick as it moves around the dial.