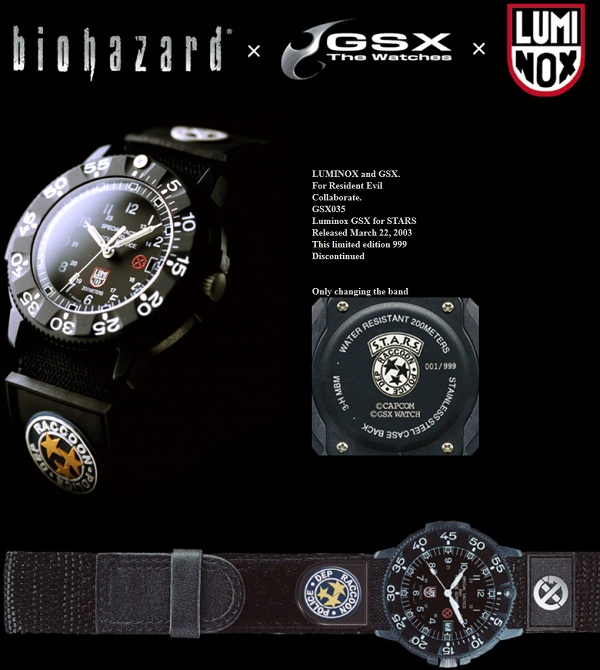 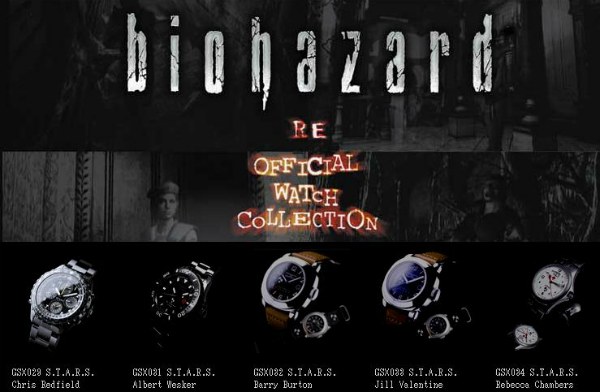 Once again proof that Japan gets much cooler stuff than we do here in the West. I still wonder why that is, and the best reason I can come up with is that collector types in Japan are willing to spend more in items such as these Resident Evil themed timepieces. In the 1990s Capcom (a video game developer) first released their landmark series of video games called Resident Evil, though in Japan it was called Biohazard (and sometimes Resident Evil: Biohazard). 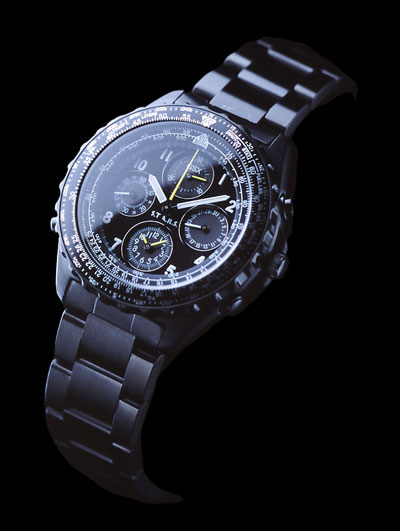 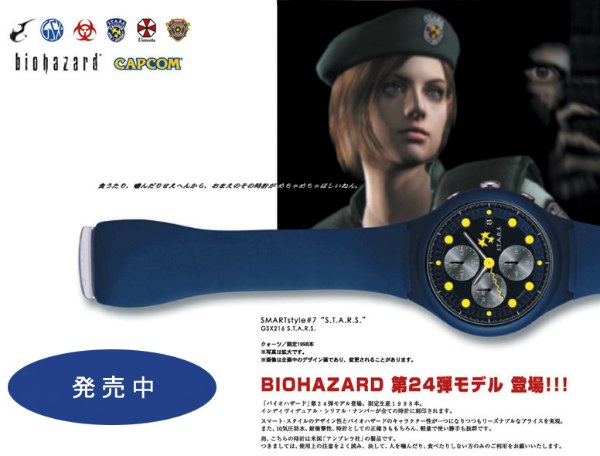 I played the first Resident Evil game on the first Playstation when I was a teenager. Since then I tried to play as many of the major games as possible. These innovative survival horror games put you in a dark world with a very elaborate set of stories… and zombies. You mostly played as a character who was part of a SWAT team style organization called STARS. You went into investigate issues that often related to apocalyptic outbreaks, zombies, and just general weird stuff going on. The first game was set in a mansion, while subsequent games put you in cities, on islands, and in complex underground lairs. Combat and resource collecting was always a big part of the games. You only had a limited amount of ammo, so you needed to use it carefully when killing all the things that tried to kill you. Tools and strong weapons were a really big part of the game series’ appeal. 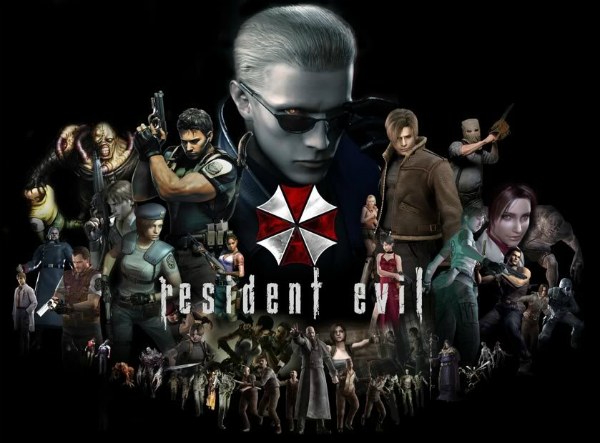 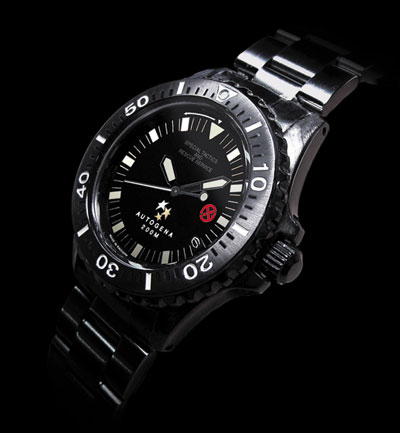 In Japan it is really common to release collectibles to go with popular game and entertainment franchises. It is no different for Resident Evil. What I recently learned however is that in addition to some regular craptastic watches released for games, Capcom partnered with a Japanese watch maker called GSX to make a range of very cool limited edition (Japan only) watches for the Resident Evil series. 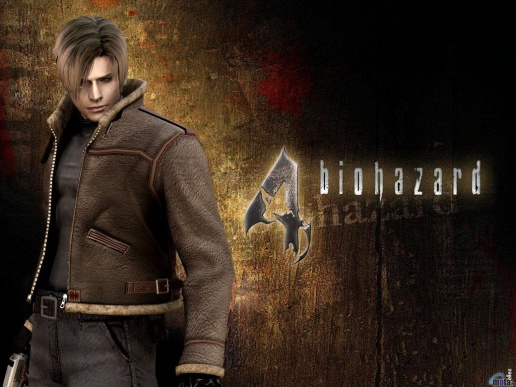 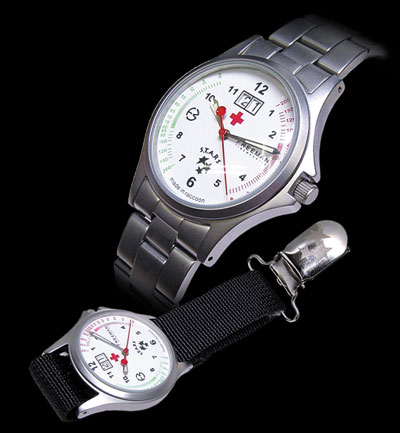 Most of these watches were released between about 1999 and 2003 – but not at the same time. Made by GSX, the pieces were known to be pretty high-quality and attempted to capture the intense militaristic feel of the games. As such, these are all styled on professional or military watches – and so do pretty well. Many of them are done in honor of specific characters in the game. So the idea was that if you wanted to dress up as that character (which is rather common in cos play loving Japan), you’d have the right watch. You could also pretend to be walking around stalking zombies when talking on the streets. 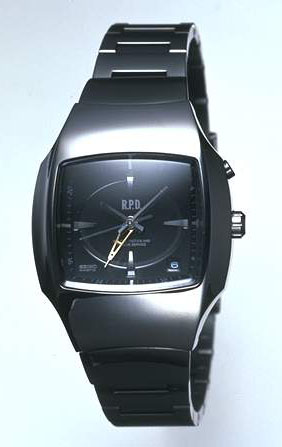 So for example the model GSX031 Autogena Deeper watch is made in honor of the character Albert Wesker, while the multi-function GSX029 STARS Fleiger Chronograph is made for Chris Redfield. You can get more information from GSX on the watches here. Overall these are among the best watches made for a video game series I’ve ever seen. 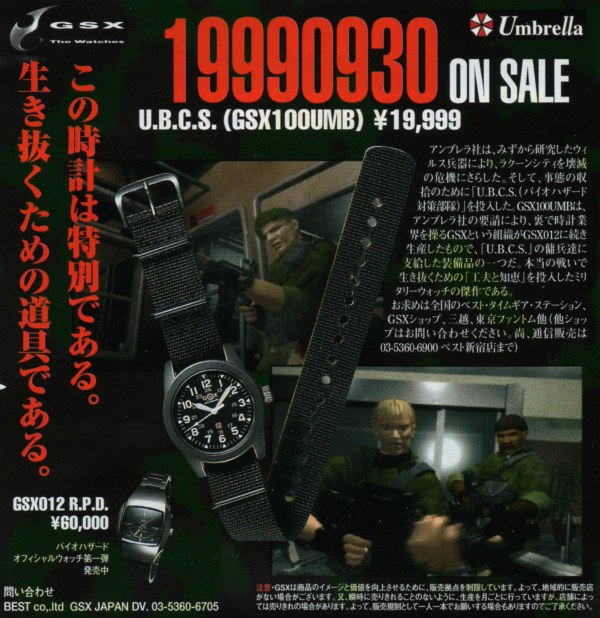 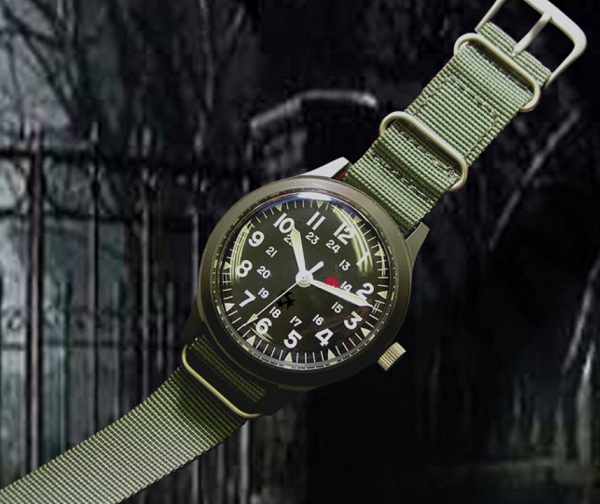 GSX is the brand and all the pieces are officially licensed from Capcom. The watches comes in different forms and some are more fancy than others. The collection features both Japanese quartz and mechanical movements. Some of the earlier watches were more of what you’d expect from such a partnership – meaning really basic watches with Resident Evil logos or imagery on them. The best pieces however are ones that look like you’d actually find them in the game. These watches have STARS logos on them as well as other Resident Evil imagery.

One of the most interesting pieces is a triple collaboration between GSX, Capcom, and Luminox. This took one of Luminox’s popular Navy SEALs watches and added the STARS logo to the dial, caseback, and strap – among other details. This is really one of the coolest pieces and I would love to get my hands on one. 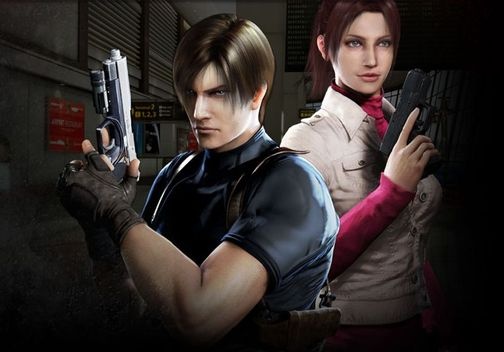 Like I said, all of these Resident Evil GSX watches were limited edition models. The sets seem to all be 999 pieces or under. What I like is that any of these are suitable daily wear pieces. You don’t look like walking nerd advertisement. This is certainly not the Resident Evil equivalent of walking around with a Han Solo t-shirt. The geek in you will love it, and most people seeing it won’t know what it is aside from a military looking timepieces – and that for me is the coolest part. 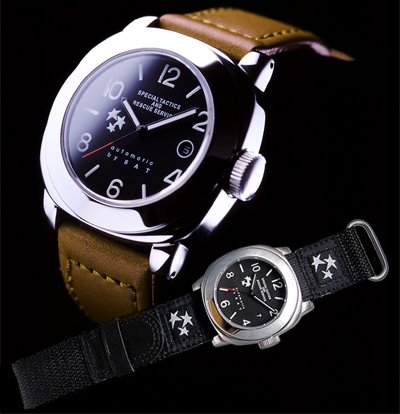 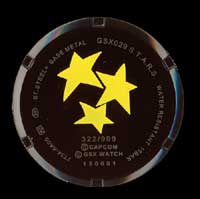 I believe that some of these watches are still available online, on eBay, etc… Though you have to remember that most were stopped being made about 10 years ago. The next time I am in Japan I am going to spend a bit more time time in video game and toy stores to find more still like this. Prices on these watches ranged from about $100 to almost $1,000. For more details you can see this guy’s page here where he has the entire collection and photographed them all.