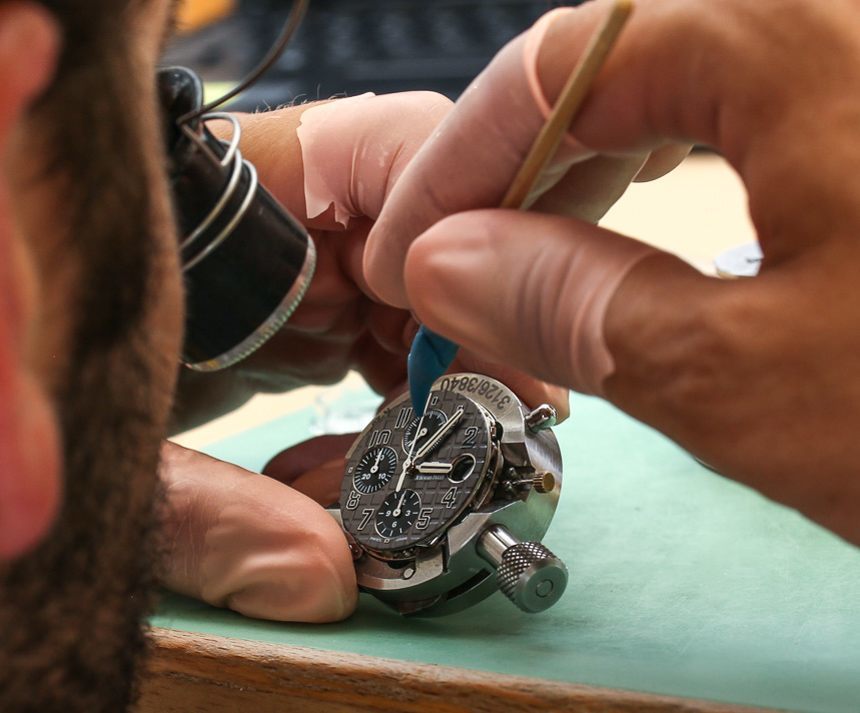 It has been about four years since I last toured the halls of Audemars Piguet. The historic Swiss watch maker still makes movements in the same building that Mr. Audemars and Mr. Piguet did in the 19th century – though the company has expanded its footprint a bit since that time. Even now in 2014, plans for yet another addition to the Audemars Piguet presence in the sleepy mountain town of Le Brassus are being implemented. In several years an updated museum (with an exciting design that was recently unveiled) will open in a new and exciting space showcasing the brand’s true right to call themselves a high-end watch maker. Even most Audemars Piguet fans don’t know much about the company’s history until the 1970s, when the now iconic Royal Oak was first debuted. If they are smart, a focus of Audemars Piguet moving forward will be to both leverage their successful designs with their rich heritage, as one of the most innovative Swiss watch makers still in operation today.

Not long after I last visited Audemars Piguet headquarters they experienced a terrible robbery, where thieves who were targeting watchmakers in the area broke in and left with priceless pieces of the brand’s history. Since then, the security has been dramatically ramped up, and one gets the impression Audemars Piguet will never fully recover from the violation in regard to their corporate culture even though their public stance is as proud and confident as ever. Some of the items stolen have been recovered, but some are still out there to re-acquire. Audemars Piguet and brands like it have for a long time considered security extremely important due to the value of the goods they house. The Swiss by nature are quiet about many of the details involved in how they secure their property but personally I have the feeling that over the last few years brands in general are thinking about how to be more safe. 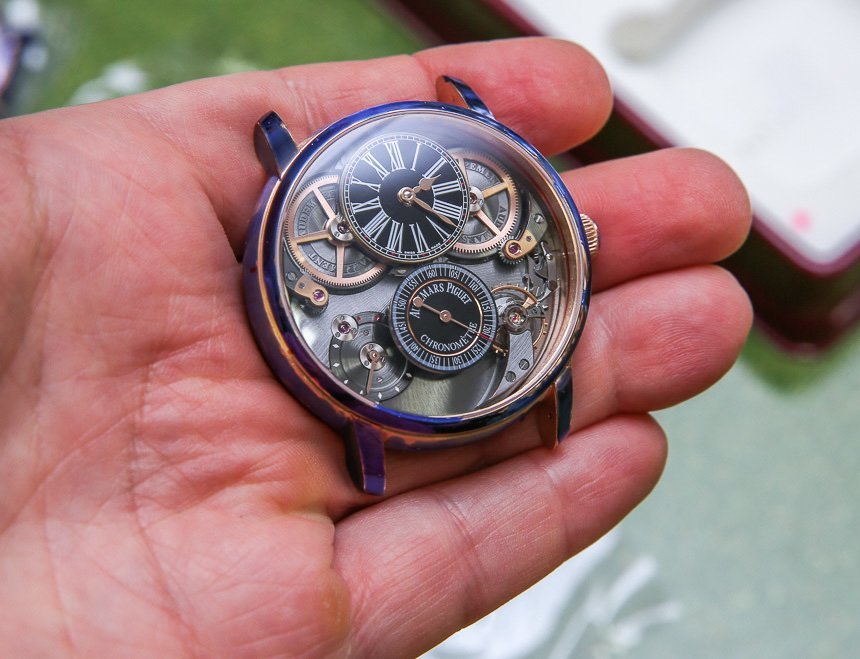 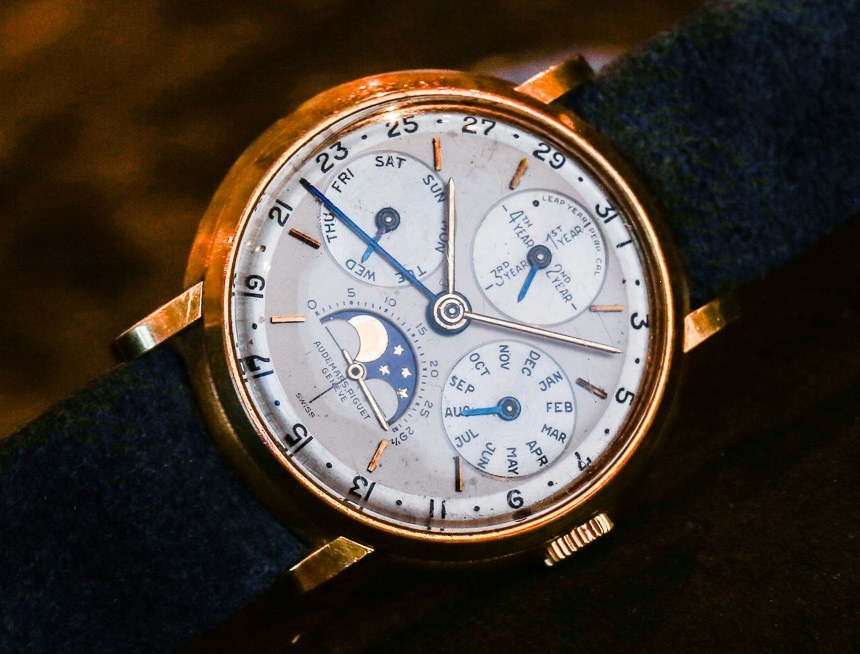 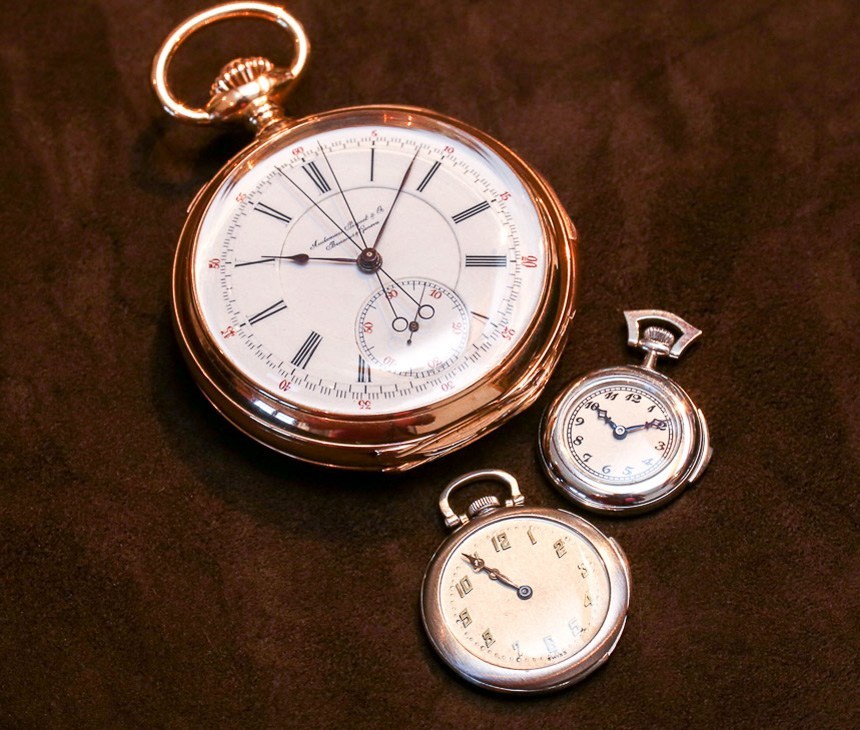 An interesting side effect of the robbery to my eyes seemed to be a boost in the brand’s motivation to acquire as many of their historic pieces as possible in auctions and from independent collectors. Though I am told that as a brand Audemars Piguet has always invested in securing items from their past and they do so now no more than they did in the past. Audemars Piguet spends considerable resources to buy back much of its history for their museum and archives. They are not alone in this practice, and to their benefit the company has impressively detailed records going back to almost the beginning of the company. Held with gloves, a book taken out of a safe is laid on a table before me and opened up to reveal hand-written transcriptions of a sale that took place in the 1800s. Like other line items written in a cursive text no longer used today, the ledger entry indicated the price, the customer, and the movement reference, among other details. This predates when Audemars Piguet began to use reference numbers for their cases as well as movements, a practice that did not occur until the 1950s.

Interestingly enough, Audemars Piguet still records the sale of each of its watches by hand in similar books today. Of course, they do this in addition to entering the information in computers, but the practice exists because “we don’t know if in 100 years the computer data we have now will be readable. This will be.” This experience helps illustrate a side of the company that few people know about. Audemars Piguet is among the many 100-year-old-plus companies that are fully invested in being around more than 100 years from now. 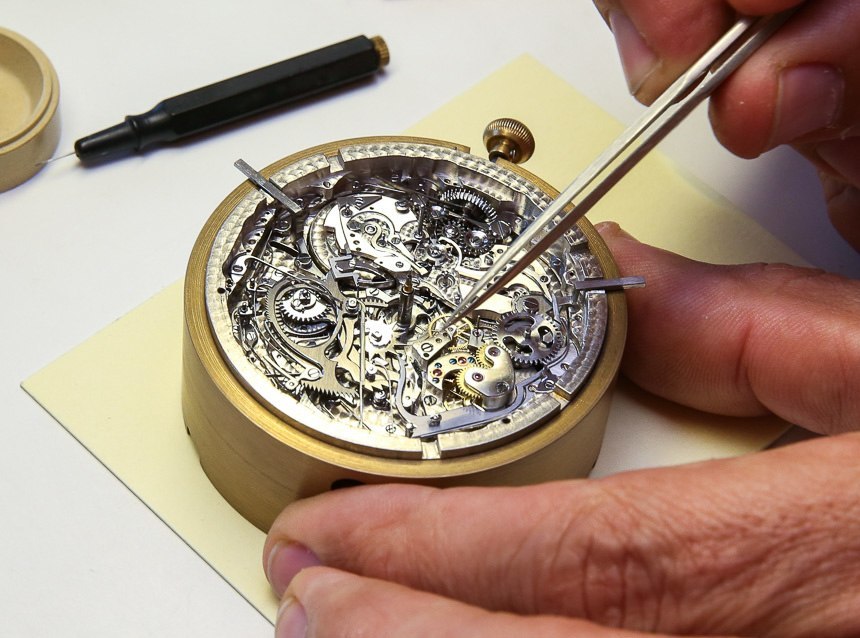 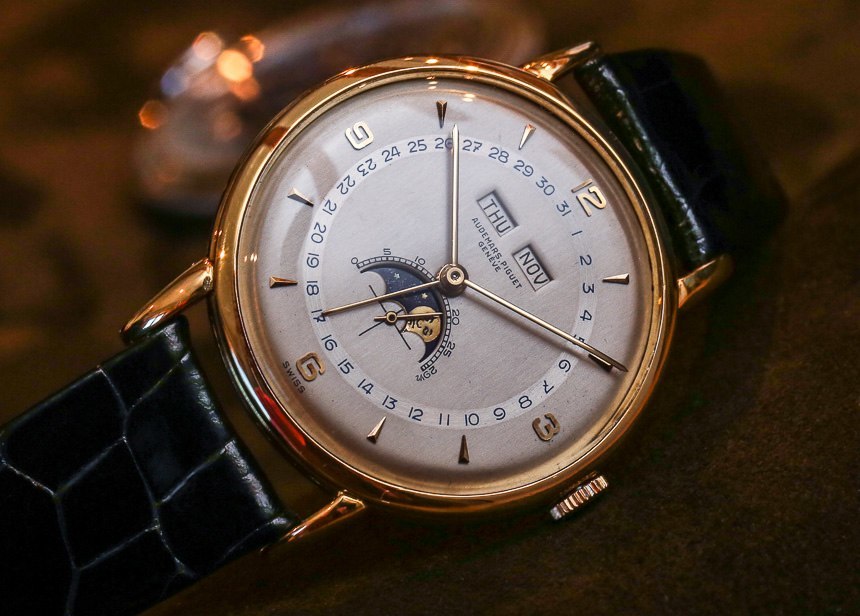 Standing in the famed Audemars Piguet archive department, I am amazed to hear what a vintage pocket watch minute repeater sounds like. I’ve heard a few before, but in this quiet room the over 100-year-old grand complication chimes deeply and clearly. The advent of the wrist watch heralded an unprecedented era of mechanical miniaturization which paved the path for all the wrist watches we love today. Though something gets lost when moving from a pocket watch to something smaller and more compact. Pocket watches, for all intents and purposes, are poor replacements for wrist watches given modern considerations of practicality. They are comparatively very delicate and aren’t convenient to carry. Nevertheless, looking at some of the pocket watches Audemars Piguet produced with Philippe Dufour in the 1980s, I am reminded of how much artistry is contained in the larger palette of a pocket watch movement. On this particular visit I only saw one Dufour item produced with Audemars Piguet, but I recall seeing other ones in their museum in the past. It is clear why items such as these are so collectible, and why Audemars Piguet still produces a limited number of modern pocket watches for a niche audience who can greatly appreciate them. 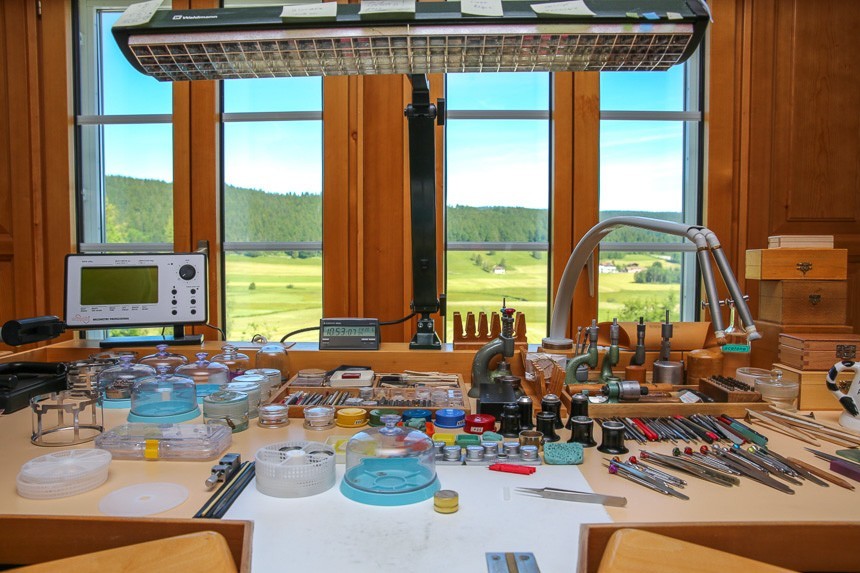 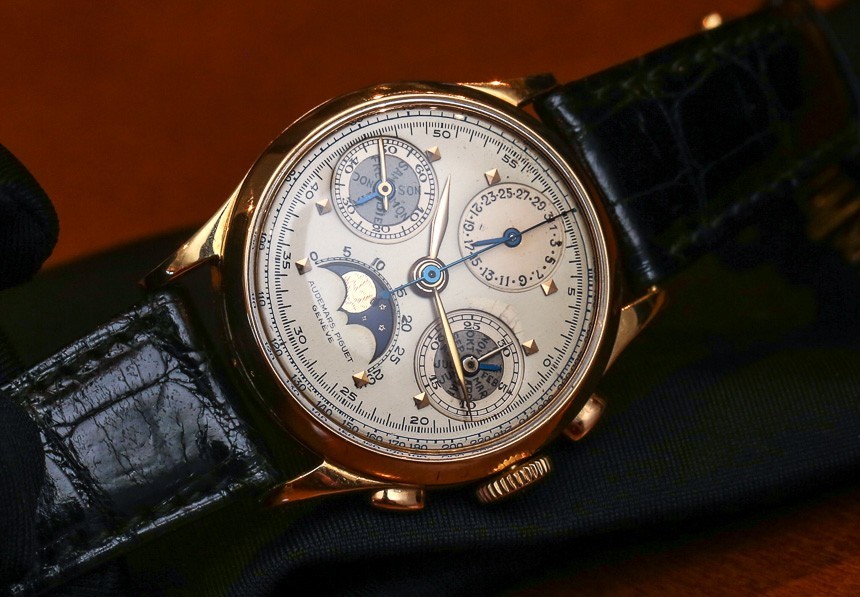 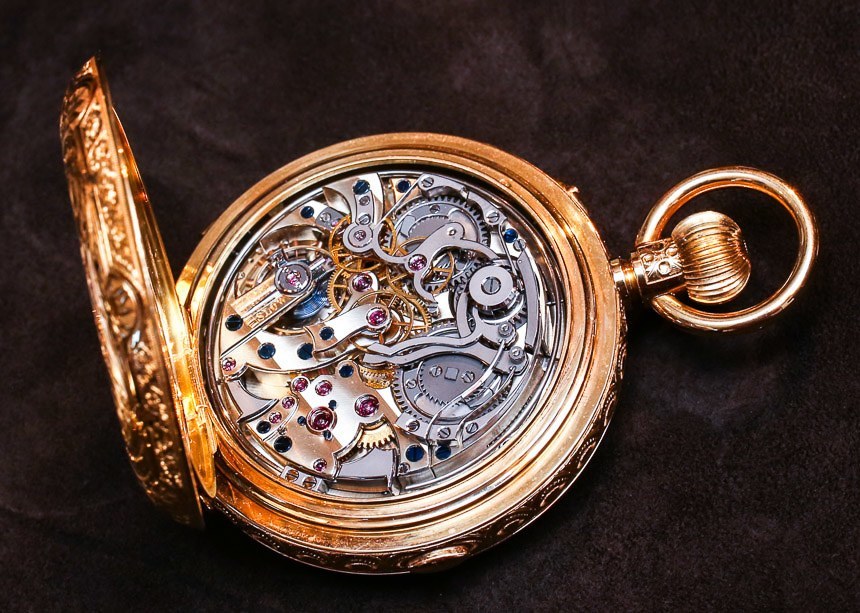 Audemars Piguet grand complication pocket watches predate the time when Patek Philippe produced its famed Super Complication pocket watch, and one could easily see how Patek Philippe might have built upon what the people in Le Brassus developed. Audemars Piguet has a long history experimenting with a range of complex astronomical complications as well as chiming devices. The brand is eager to discuss its past achievements – many of which are becoming a larger part of the corporate culture, as the contents of their archives are being given more focus by their executive department.

One of the things most people don’t know is that historically, all of the pocket watches and many of the wrist watches that Audemars Pigeut produced were totally one-of-a-kind. That isn’t completely unheard of for complicated mechanisms, because there was simply no way to mass produce them. In fact, one of the major reasons there are so many more complicated watches in the last 20 years compared to the 20 years before, is less about the quartz crisis and more about the fact that the technology did not exist to mass produce the tiny parts needed to go in the movements. 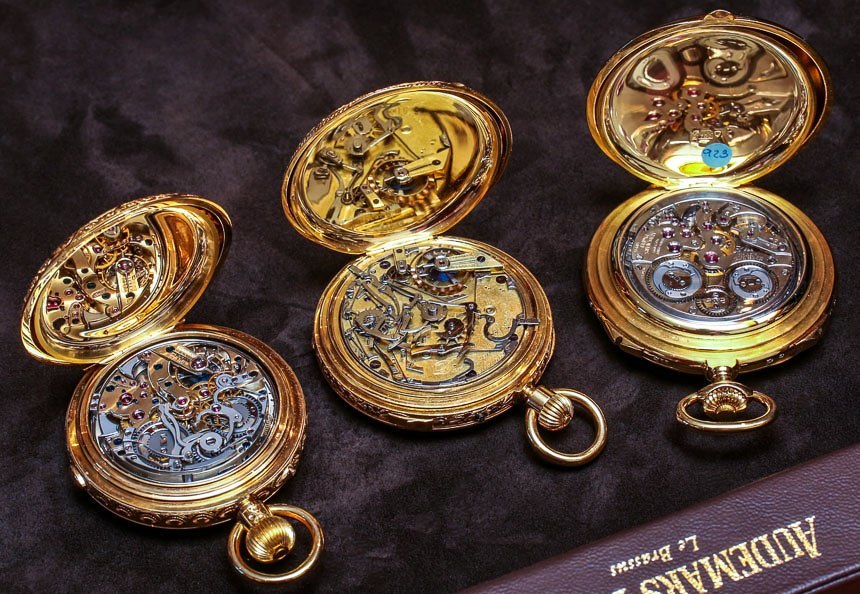 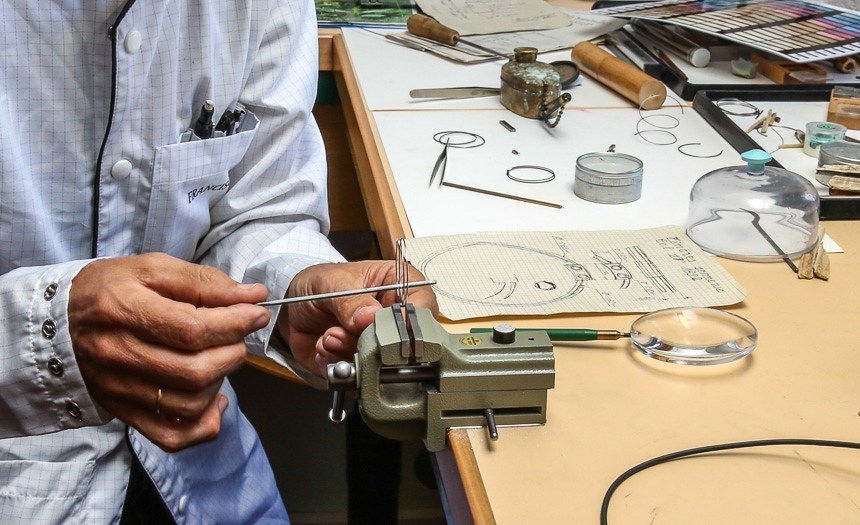 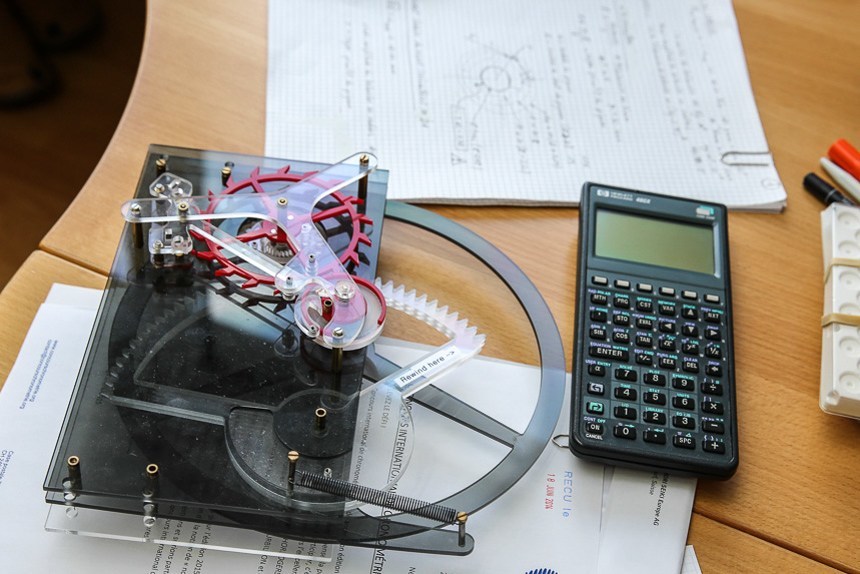 Technology such as CNC cutting and laser erosion have allowed manufactures such as Audemars Piguet to produce in larger quantities items that would take sometimes years to produce. Not that a grand complication watch can be mass produced, but the parts needed to make the movements no longer need to be made one at a time by hand. Having said that, there is still a huge amount of manual labor involved in making a watch that combines functions such as a perpetual calendar, minute repeater, and chronograph in one movement.

Often 70% or more of the effort in the most high-end watches is the finishing and decoration. Parts straight out of a machine are hand inspected, polished, decorated, cleaned, and sometimes adjusted. Minute repeaters, for example, each require a delicate amount of individual adjustments to sound proper. Today, among the most lauded Audemars Piguet watches are their Grand Complication and Equation Of Time models that can be found in a variety of cases and styles slowly released each year. These rather directly combine Audemars Piguet’s rich history with the current tastes of consumers interested in models such as the Royal Oak. 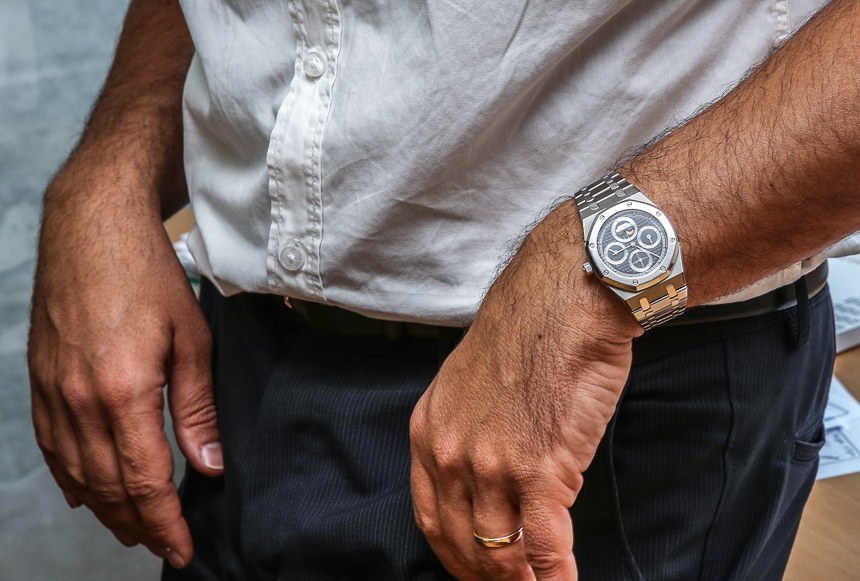 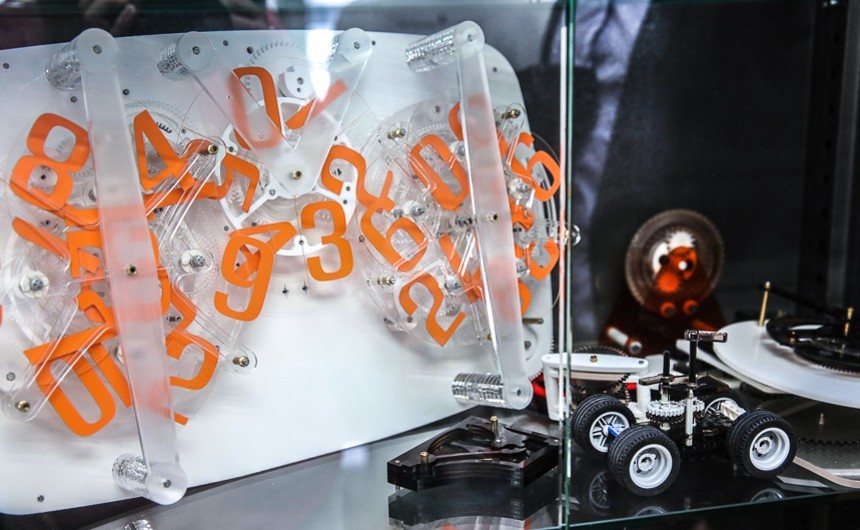 As we have discussed before, Audemars Piguet owns a large stake in the company Renaud and Papi. Giulio Papi is the genius engineer behind the movement development and assembly firm located in Le Locle, Switzerland. Renaud and Papi (often known as APRP) is where many of the most novel Audemars Piguet watches and movements are designed and assembled. These aren’t necessarily their most complicated watches, but rather their newest and more interesting ones. Fans of the 6Hz Audemars Piguet Escapement found in some of their higher-end models can see them being assembled here.

According to the CEO of Audemars Piguet Francois Bennahmias, he would love to see the AP Escapement in each of the brand’s watches – and according to him, work is being done to move things in that direction. Both he and Mr. Papi explain that they fully realize what today’s high-end watch customer wants. It used to be just accuracy, and then it moved to complexity and novelty. Now they admit that customers demand the holy trinity of haute horology which is accuracy, complexity, and maximum reliability. According to Bennahmias, he wants to aim for a time when Audemars Piguet can offer a 20-year warranty on their watches. They aren’t there yet, but things are moving in the right direction. 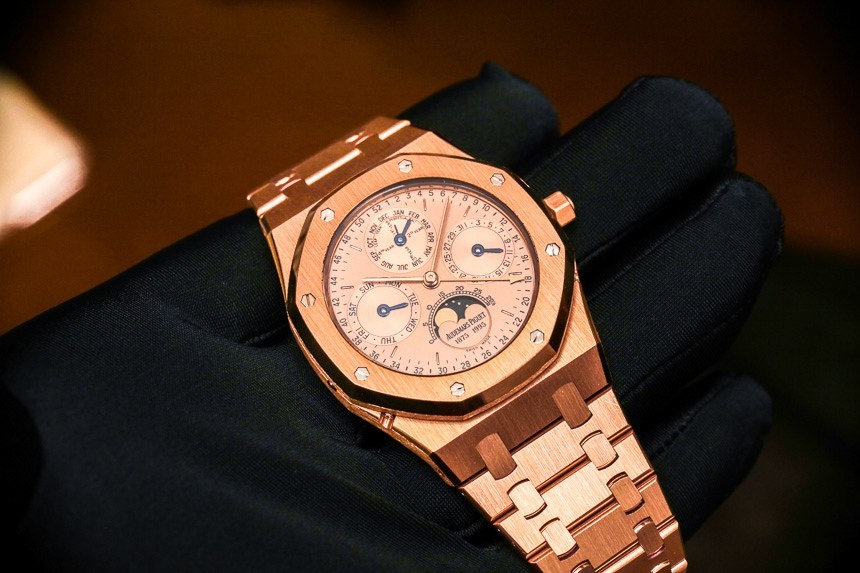