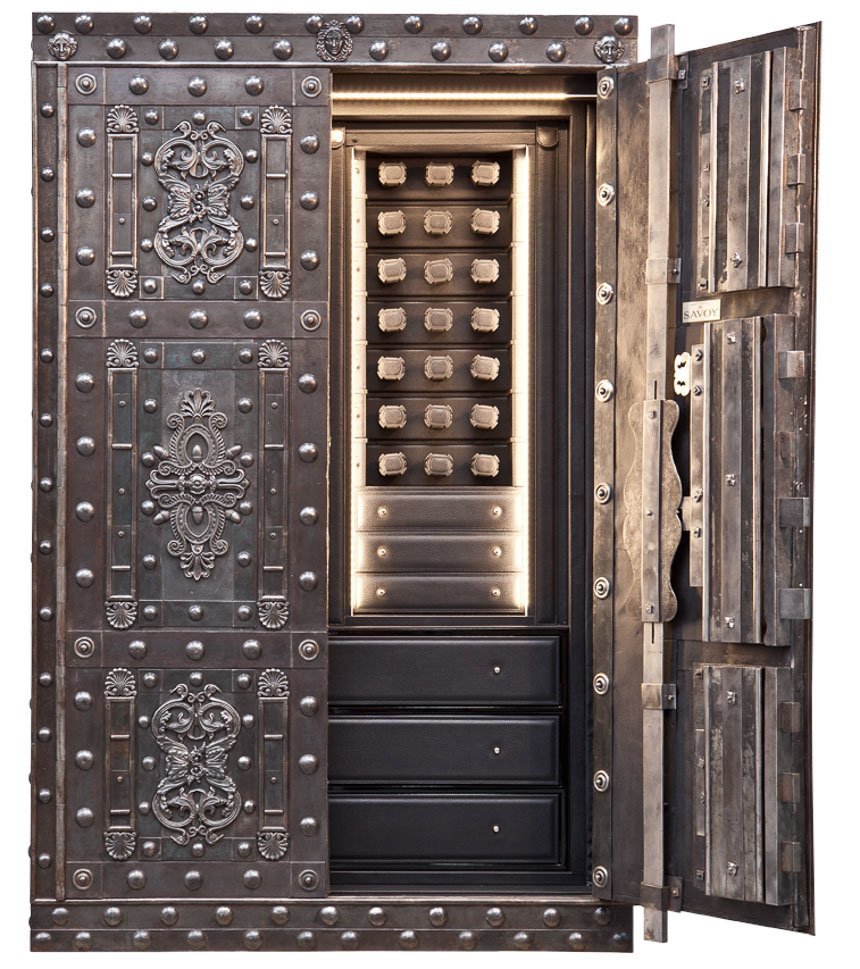 Savoy Safes and Scatola del Tempo teamed up once again for the production of the Savoy Safe No. 3, a highly ornate modern watch safe that uses a circa 1800 vintage safe as an exterior. This is the ultimate way for antique lovers to combine an amazing historic safe with a watch winder, to keep their high-end timepieces wound and secure. It will go perfectly in their Spanish-style villa or secret underground lair. The question aficionados need to ask themselves is, at what point their timepiece collection merits a $825,000 house.

According to Savoy Safes, the safe that this Savoy Safe No. 3 watch winder is based on was originally built around the year 1800, in the Piedmont region of northern Italy, in Sardinia. Safes like this were produced for a very wealthy people and governments who needed a secure location to store documents and other valuables, exactly as safes are used today. The safe is very similar to modern ones in that it is a large metal cabinet. This one uses a series of keys to keep it secure, and requires a special technique in order to open it, thus ensuring that, even someone who acquired all the keys, would still need to know the special “code” required to access its contents. 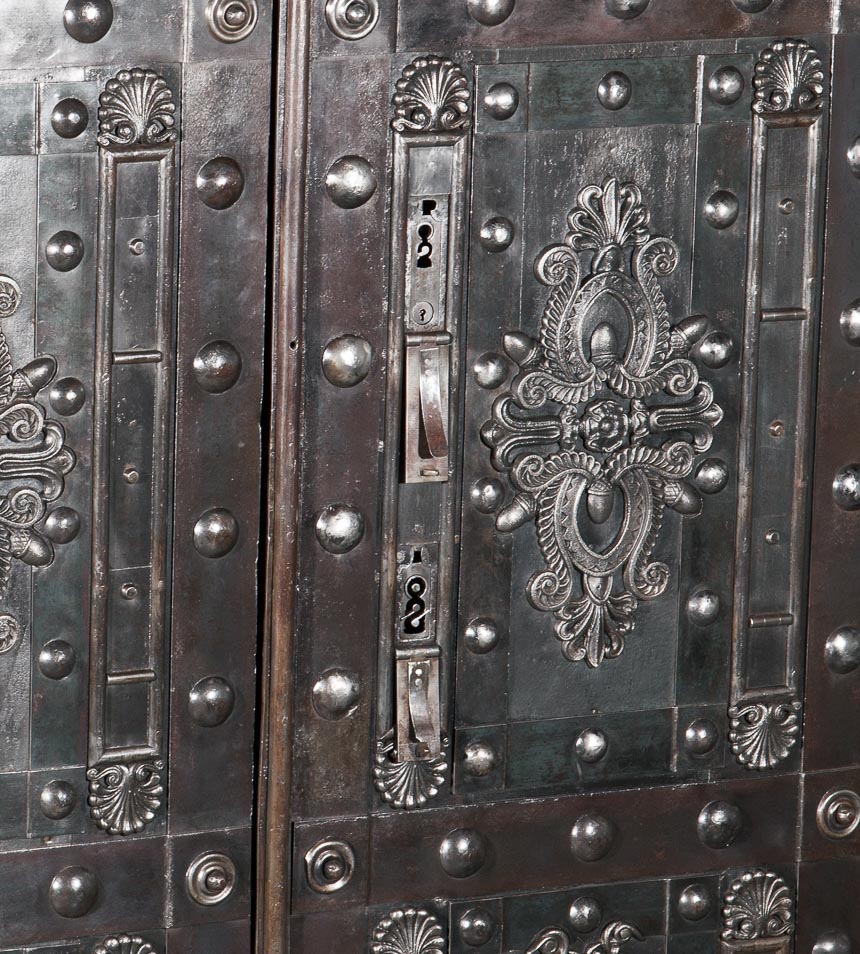 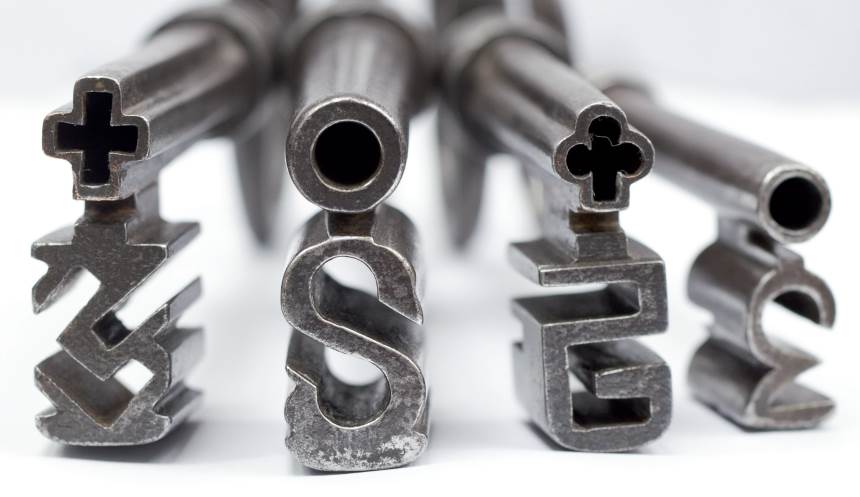 According to the company, the Savoy Safe No. 3 weighs about 500 kilograms and was likely specially commissioned for the government of the Subalpine Republic, which was set up after Napoleon’s invasion of the region. It is suspected that the safe was originally used to store currency. Apparently, the region introduced a new form of currency based on the metric system (for the first time in that area) that was meant to replace the French Franc, which was previously used.

Savoy has restored and enhanced the original safe by refitting the interior with cabinetry and watch winders, in partnership with Scatola del Tempo. The “lifestyle watch safe” segment is growing increasingly competitive, and companies need to find innovative and emotionally charged ways of getting collectors interested in places to store their timepieces. This is an important point because even though watch winders and watch safes are useful, consumers aren’t nearly as interested in them as they are the watches themselves. It, therefore, requires a lot of effort and creativity to produce high-end watch safes that collectors feel compelled to take interest in. 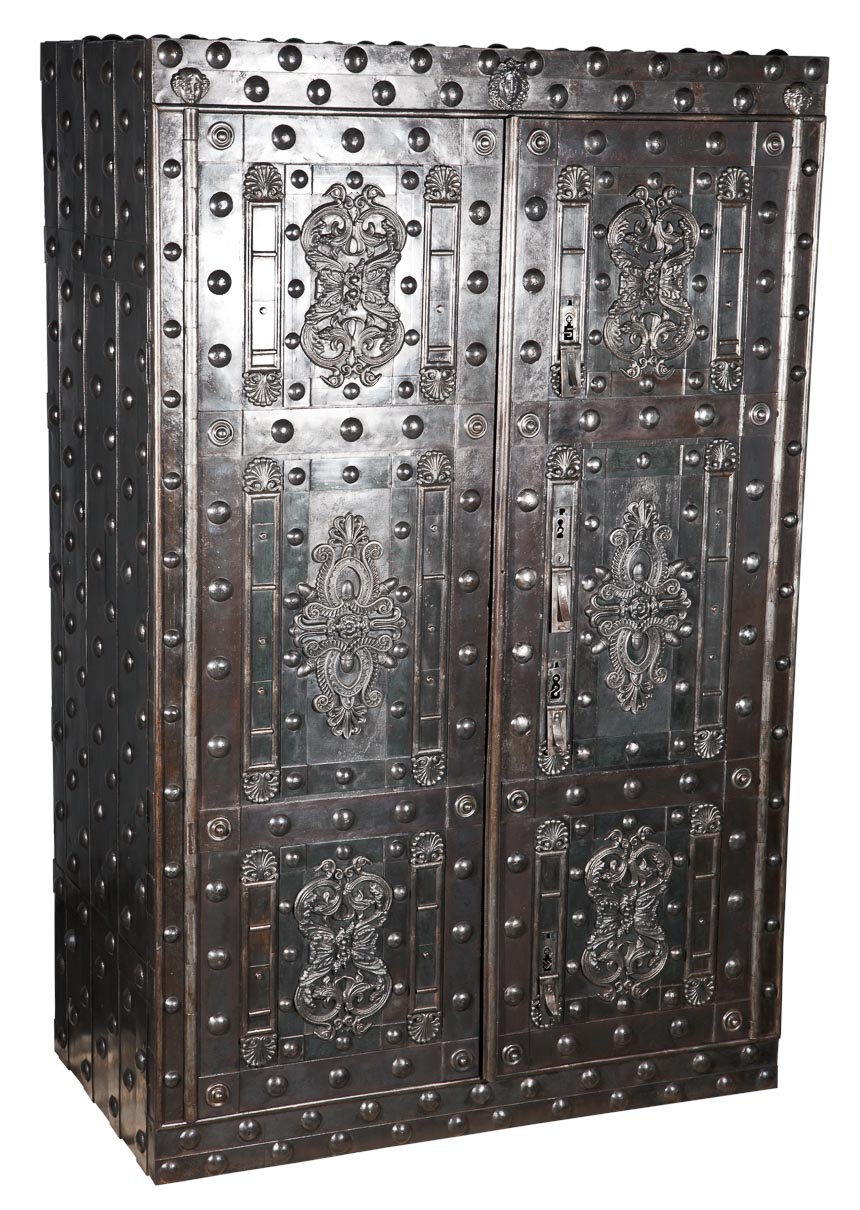 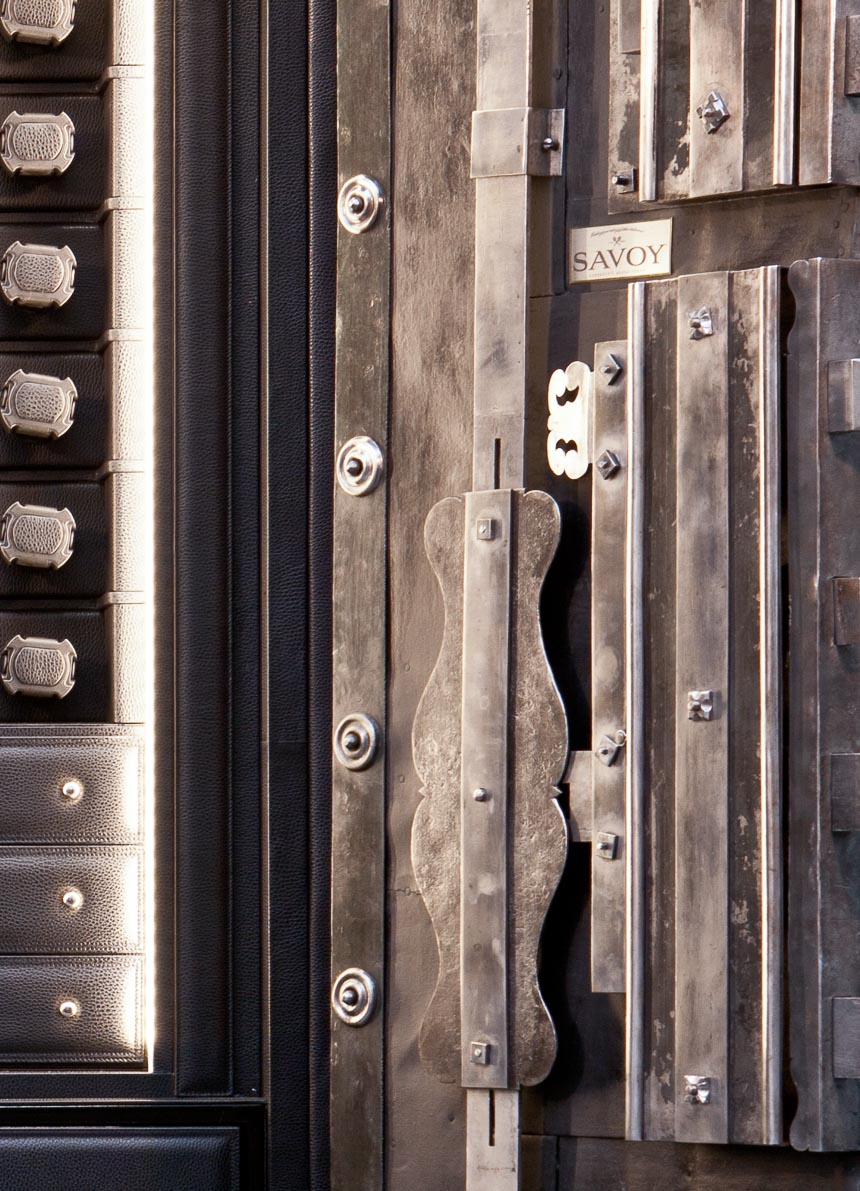 While the Savoy Safe No. 3 might not be as practical or high-tech as other contemporary watch safes, it has a lot of character, and looks far more interesting. The design of the safe makes it look like a giant antique treasure chest (which, I suppose, it actually is), meaning that, as an item of furniture, it could be highly desirable for the right people. I personally happen to think it looks really cool. According to Savoy, they retained a major element of the original’s safe’s design, which was the unique system devised to open it, using five different keys.

The Savoy Safe No. 3 is said to have two working key lock doors, that use three separate hook systems to release them. There are also four secret hidden releases, and a total of five different keys necessary to open the safe. Savoy claims that safes of this style were engineering marvels at the time they were produced, which was around the same time that wrist watches themselves were hitting their modern technological stride, just a bit north in Switzerland, and also in other countries such as England and France. I am not sure if Savoy recreated the original operating of the safe exclusively, or if there are more modern bypasses and means of opening it up. 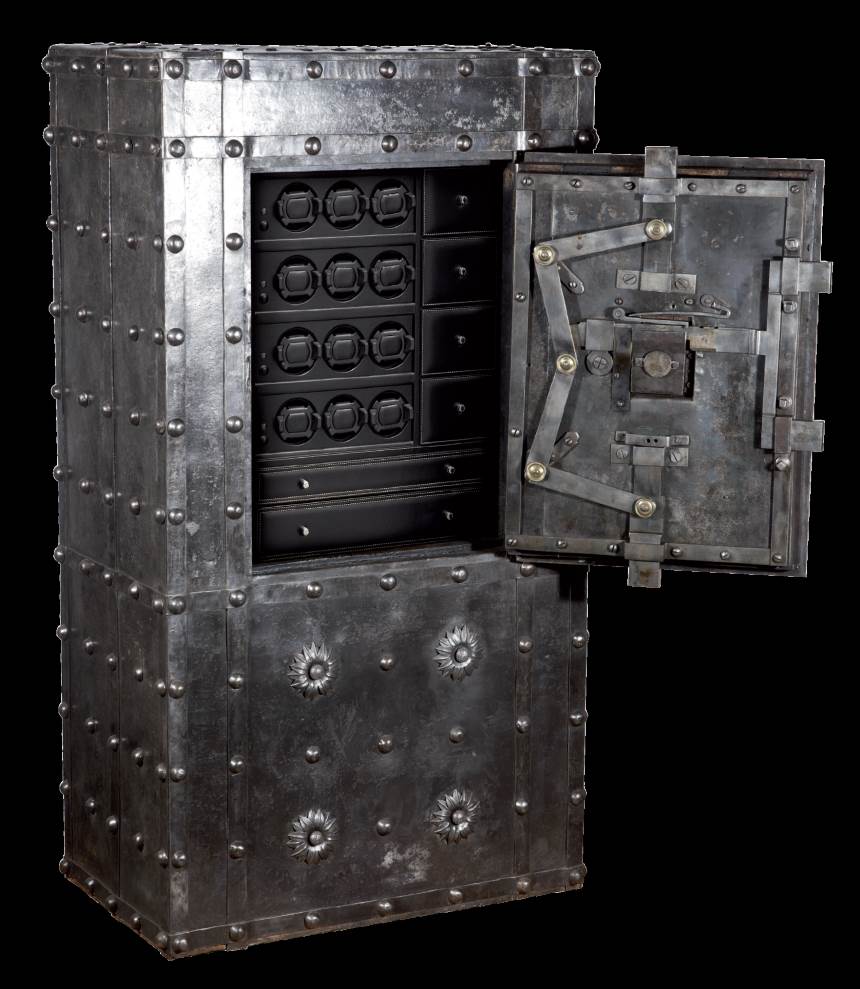 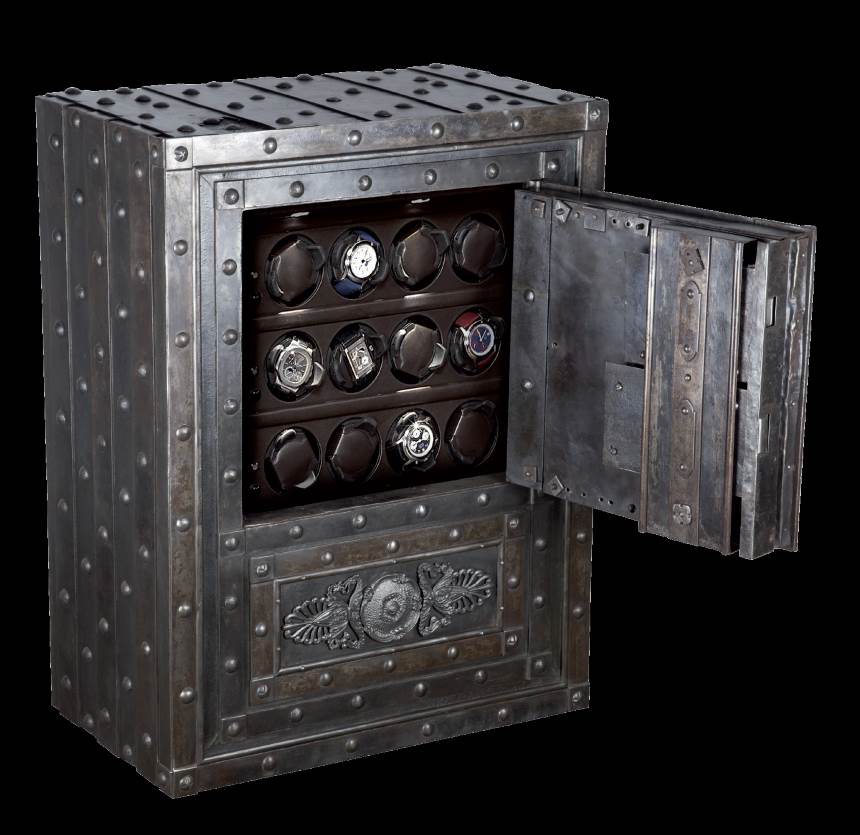 Above, you’ll see examples of other, smaller Savoy watch winder safes that use similar historic safes acquired and restored by the company. Each of them also uses Scatola del Tempo interiors and watch winders. The Savoy Safe No. 3 is totally custom made in Italy by Scatola del Tempo, and includes 42 automatic watch winders that are fully programmable. It further offers six smaller drawers and three larger ones, designed to hold additional watches and other valuables.

The interiors of these watch winder safes are frequently similar, despite coming from different companies. What most of them tend to offer are customizable colors and materials. Given the high cost of these items, consumers often request very specific designs to go with their lifestyles, tastes, or the particular rooms that the safes are intended to go in. Savoy Safes are also customizable to store other items in addition to watches. They indicate that, in addition to watches, their customers frequently like to store antique guns, collectable coins and other currency, as well as “precious whiskeys” and other valuable spirits. The experience of opening and storing items in these safes isn’t just about keeping them secure, but also about the experience of accessing and enjoying them. 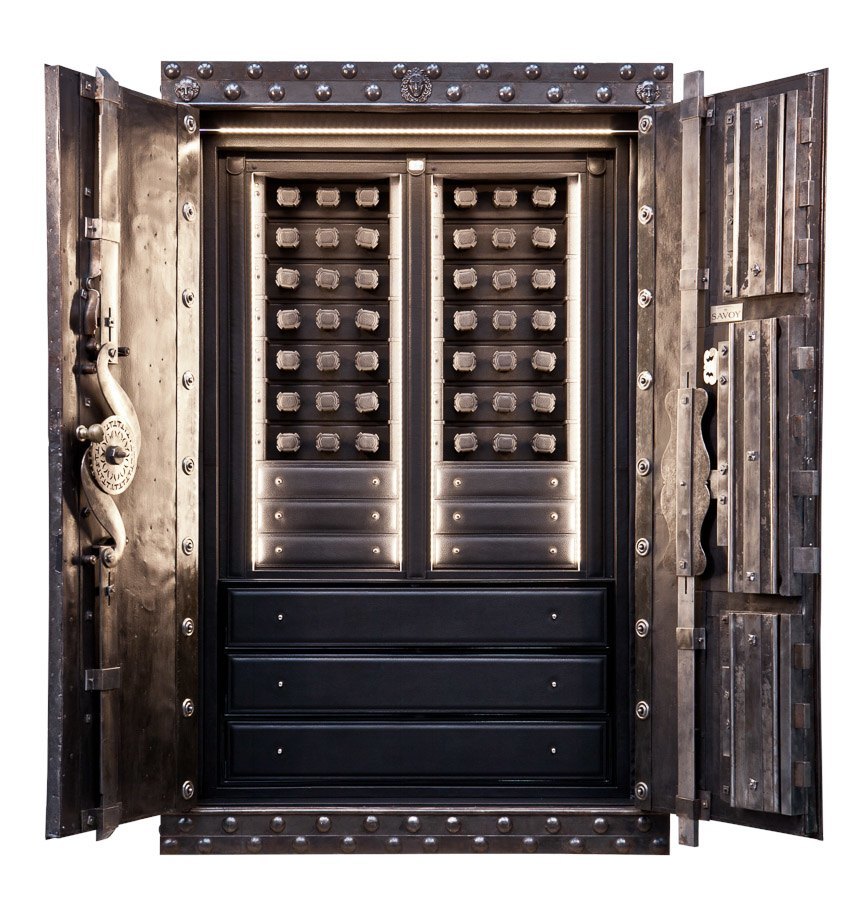 Given the antique nature of the original Italian safe, the Savoy Safe No. 3 is likely a one-of-a-kind item, and others like it are built to order. Companies like Savoy don’t really keep stock of items like this, given the extreme time and expense required to produce them. Hardcore collectors around the world approach companies like Savoy in order to produce custom or bespoke items… to store and help enjoy their other custom and bespoke items. They often need to work with specialists such as Scatola del Tempo, who have a deeper understanding of how to integrate watch winders and other specialty electronics in these luxury safes.