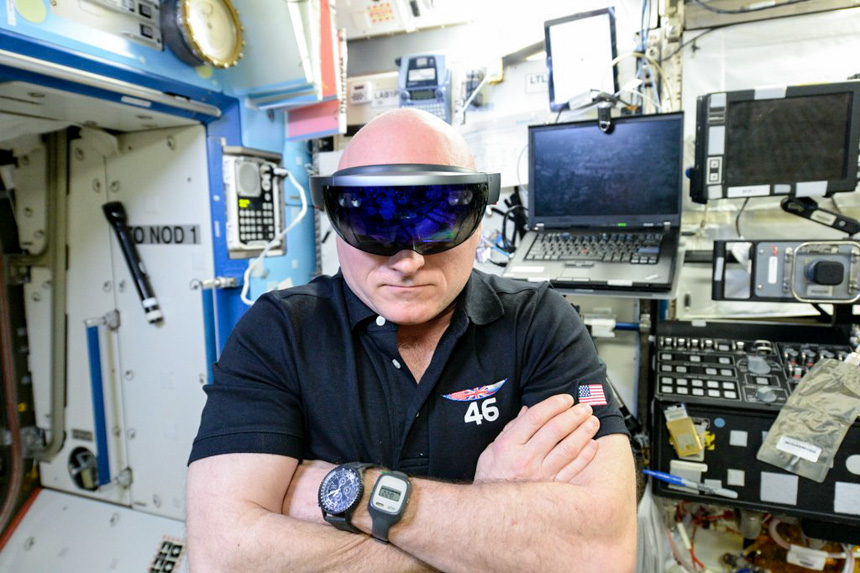 It’s no joke that on April 1st, 2016, Scott Kelly officially retired as a NASA astronaut. He joins identical twin brother Mark Kelly in spaceman retirement as well as in becoming an official Breitling brand ambassador (which I believe is news we are debuting here on aBlogtoWatch first) – two of the many milestones the Kelly brothers have to their names. Scott Kelly recently made international headlines when he returned to earth from the International Space Station after spending a record 342 days aboard the ISS – longer than anyone before him. That is practically a year away from earth’s gravity and, of course, the comforts of home. 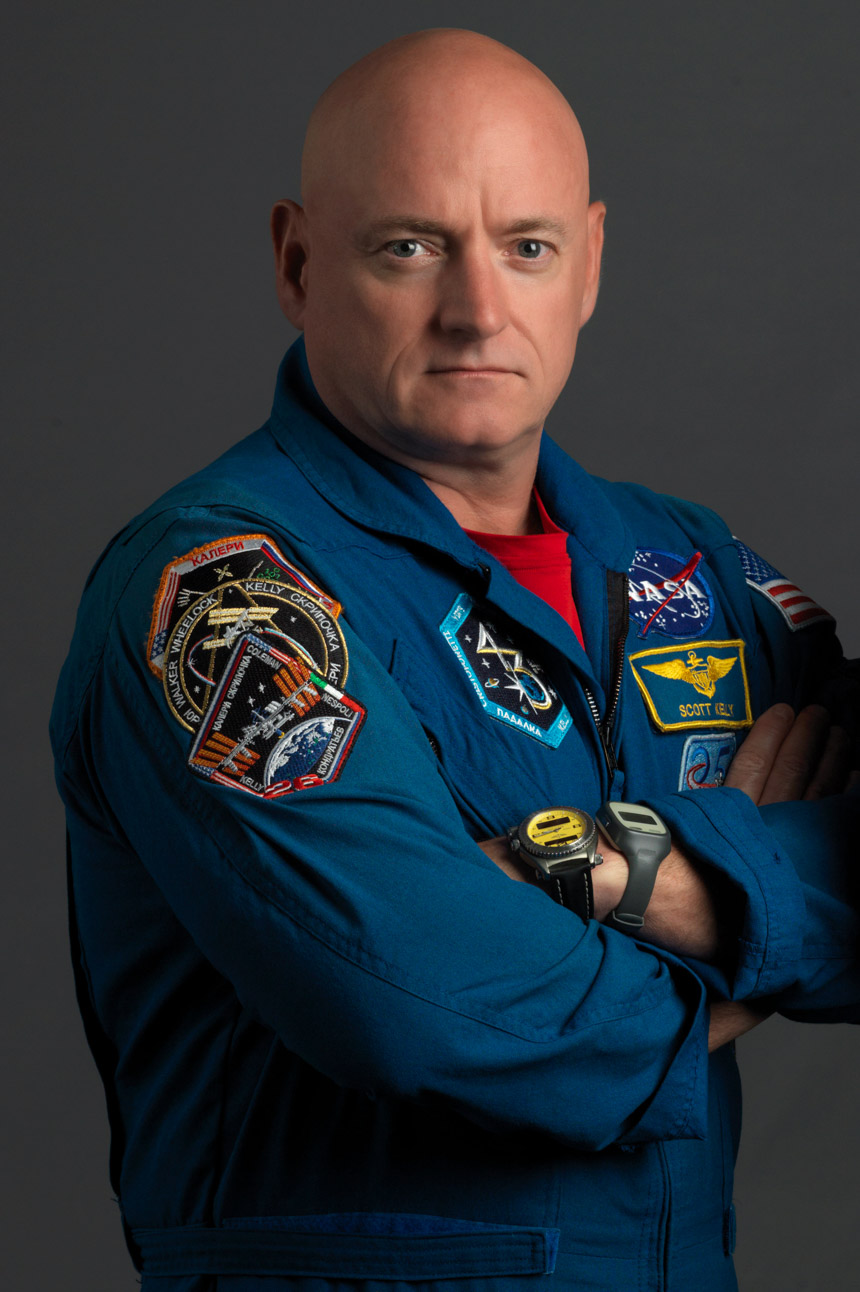 Aboard the space station in orbit with Scott were a few of his most prized possessions – his timepieces. Scott and brother Mark are outspoken in their love of watches, and as former military pilots, their allegiance to a watch brand like Breitling makes sense. Breilting has done excellent work promoting themselves as the ultimate pilot lifestyle accessory in many circles, and both Mark and Scott Kelly were Breitling customers prior to their official relationship with the brand. You may recall back in 2012 when I spoke to Mark Kelly here about how watches are necessary tools in his profession as a pilot. 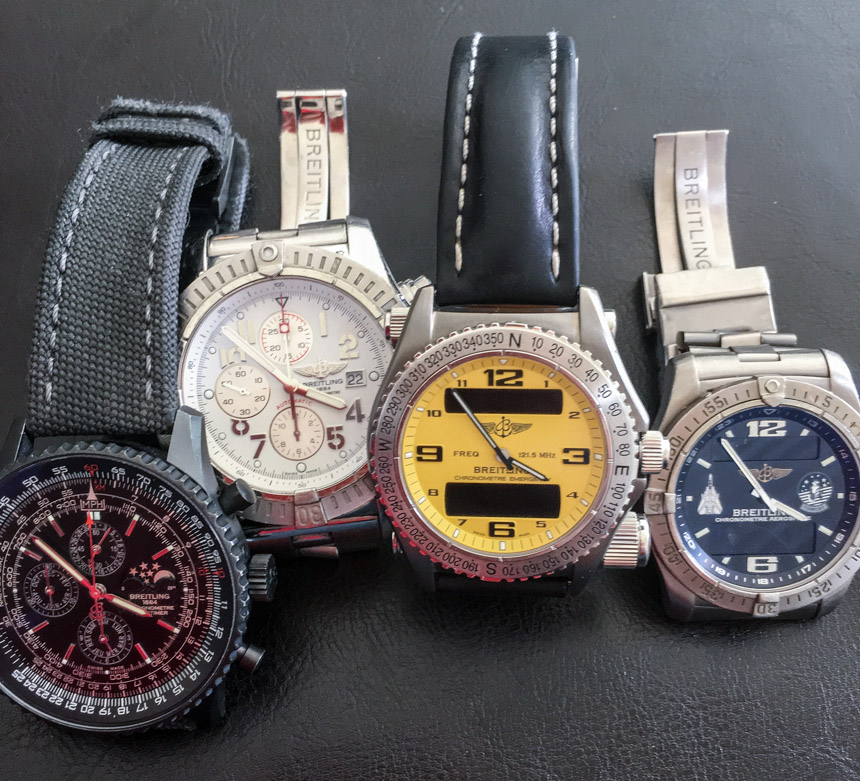 I had the good fortune to speak with Scott Kelly on the very last day of his active duty working for the US Government. He will remain an active part of the space program as a consultant, but his time as an astronaut is over as he warmly hands over this duty to the next generation of capable men and women who will build on the work that he has done. When asked what technologies will make space life more comfortable in the future, he quickly points to “artificial gravity.” While floating around in zero gravity surely has its fun moments, few people consider the mental, physical, and practical problems associated with a zero-gravity environment. Just consider anything related to liquid, from using the restroom to bathing and eating. Each of these seemingly ordinary tasks becomes a potential ordeal when done without the assistance of the gravitational pull we are all so accustomed to.

Artificial gravity-equipped space stations will take a bit longer to develop, as size, weight, and cost are huge issues for governments, engineers, and scientists to overcome. Until then, people with special experiences like Scott Kelly will continue to share with us stories in weightless environments, like the time he had to repair a watch bracelet in space. 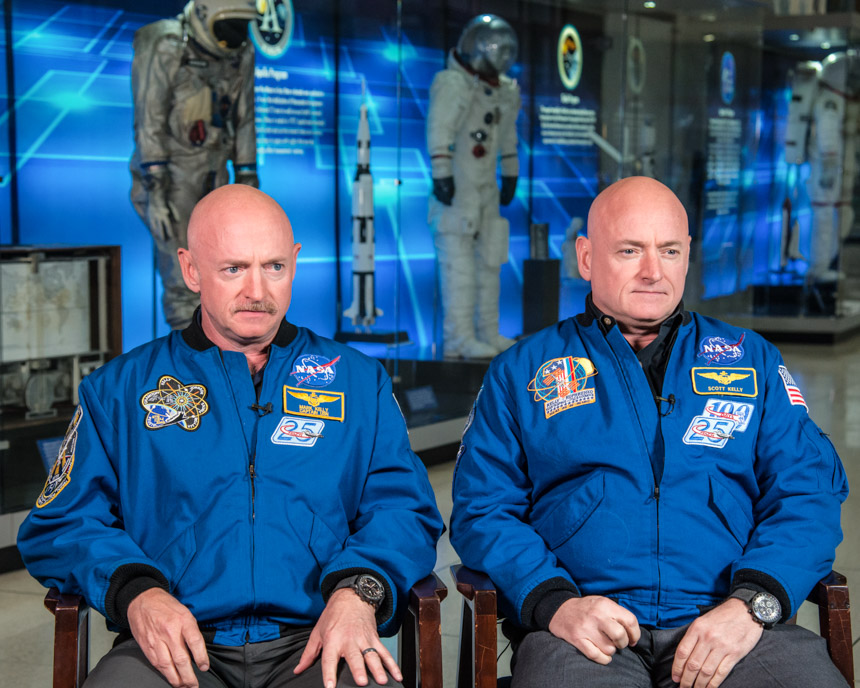 Scott shared a story about how he and Russian cosmonaut Sergey Volkov needed to perform what they believe is the first watch strap repair in space. Sergey’s Breitling must have gotten caught on one of the countless “traps” in the space station, and it pulled hard enough to dislodge the spring bar from the bracelet. The bar disappeared into the space station never to be seen again. The incident actually prompted Breitling to send a repair kit into space, but it still left Scott and Sergey needing to repair the watch there and then. With a small tray, such repairs are typically simple, but imagine doing it in zero gravity with all the parts floating around. 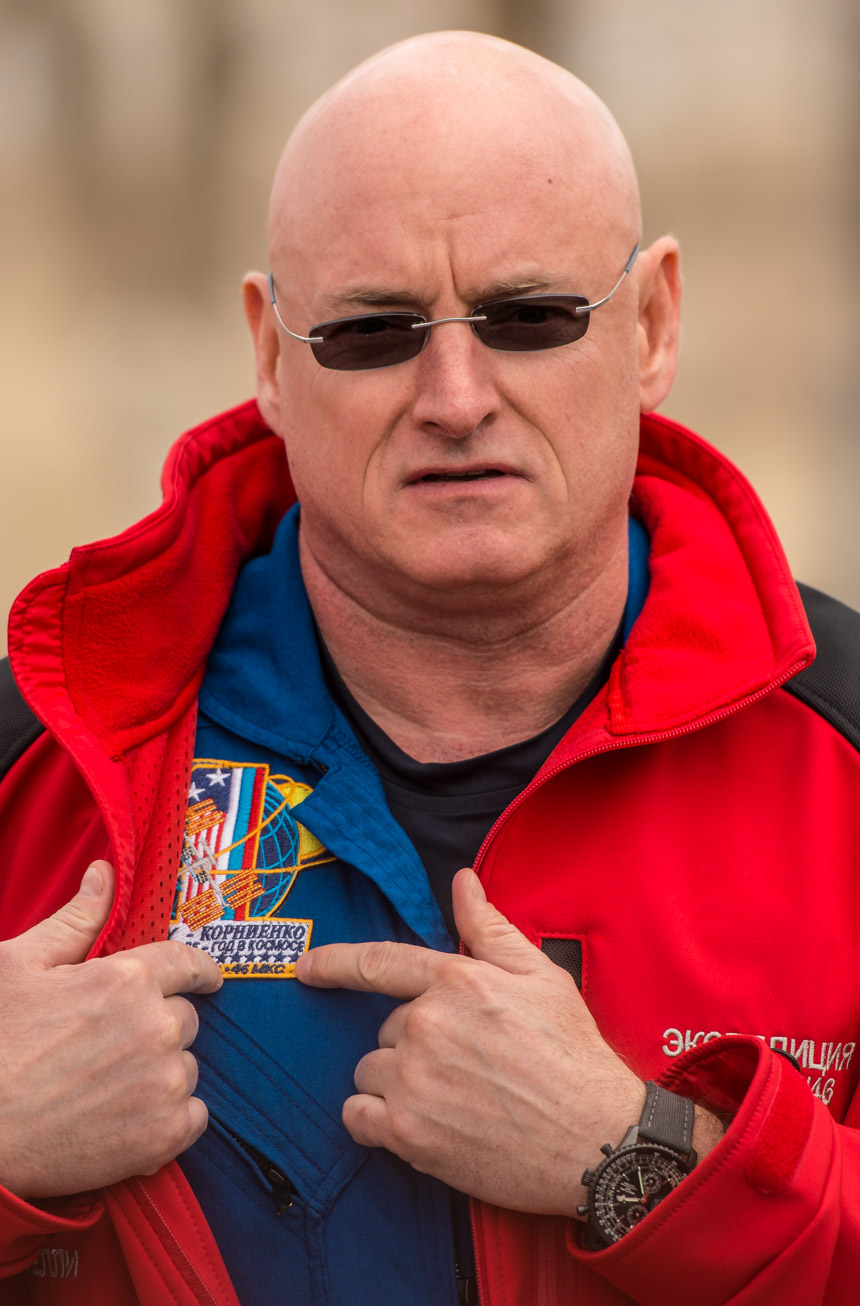 A clever technique used by astronauts when working with small parts in space is to use a strip of duct tape as a means of temporarily holding individual pieces. Thus, a spring bar can be attached to the strip of tape to prevent it from floating around. Scott admitted that it was a two man job to repair the bracelet, but the accomplished engineers succeeded in fixing Volkov’s Breitling. In fact, much of the time spent aboard the space station involves repairs and manipulations of machines and other devices. There is little downtime aboard the space station, even after being up there for the better part of a year. 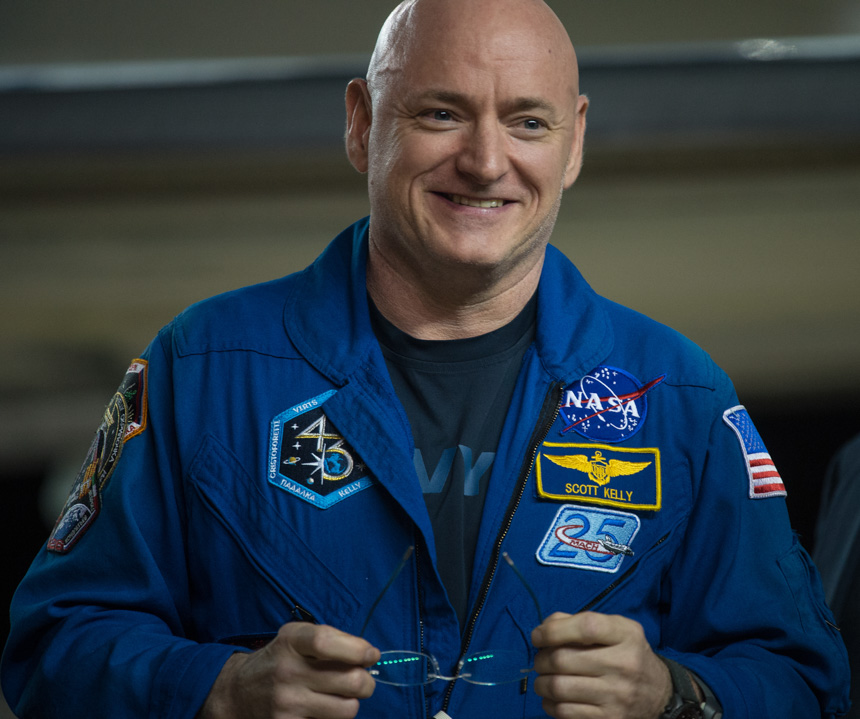 Scott Kelly immediately announces that an accurate watch is easily the most essential piece of gear that an astronaut requires on a daily basis. When asked what features he and other astronauts use the most, he quickly mentions that in addition to knowing the time in various time zones, the most regularly used functions are the stopwatch (chronograph) and alarms. Kelly loves the idea of the Breitling Exospace B55 Connected because of its ability to make programming the various features of the watch easy and more useful. Kelly also likes the vibrating alert because he points to the fact that the space station is very noisy, and that even loud audio alarms can be difficult to hear.

#Cygnus before we let her go as we flew above #Bolivia this morning. #YearInSpace pic.twitter.com/K9qXgaVlYd

Scott Kelly had at least a couple watches with him in space that included his Breitling Emergency as well as a 1,000-piece limited edition black Navitimer 1461 chronograph moonphase that was a gift from his brother Mark. I found it interesting that Scott enjoyed wearing both mechanical and quartz watches, each for different reasons. Scott also wears a sort of activity tracker watch on his wrist during the entire mission which was part of a sleep-tracking study. Scott decided to wear both his activity tracker and Breitling watch on the same wrist – setting a new style trend, perhaps?

Kelly also shared an interesting story about how the Russian space program’s team didn’t allow him to wear his Breitling Emergency during a part of the mission as they feared what might happen if the distress beacon were accidentally activated. If so, the signal might “theoretically” hamper the performance of on-board radio equipment. Scott seemed to feel the decision was arbitrary, and it reminded me of the feeling I used to have when airplane staff would tell you to stop using your mobile phone during takeoff and landing. It goes to show that, airline passenger or astronaut, there are sometimes silly rules to follow based on absolute conservative respect for the fallibility of technology and the value of safety.

#Thanks for following our #YearInSpace The journey isn’t over. Follow me as I rediscover #Earth! See you down below! pic.twitter.com/7byNy6fMG4

With almost a year in space, I asked Scott Kelly about the few pieces of gear that were totally essential to him. Things that he needed on an almost daily basis that he would recommend for anyone entering space to bring with them. His answers were interesting, and fortunately, all items easy for anyone to acquire. The most important thing, in Kelly’s opinion, for any astronaut or space traveler to have is a good watch. Given the importance of time and timing things – this is not surprising, but of course, it’s good to hear as a watch lover. Next is a good folding multi-tool such as a Leatherman. Good thing I have a few of those.

Next comes light. Scott informed me of how useful a small yet powerful flashlight that you can grip with your teeth in your mouth is. That makes sense. Related to that is a headlamp, which simply is a flashlight that you wear like a headband. Of course he didn’t say it, but I’ll just throw in there how useful I am sure duct tape is. So if you are planning on being in space, what you need is to be on time, have a good tool in your pocket, and be able to see where you are going. Apparently, many parts of the space stations are dark or not well-lit enough. 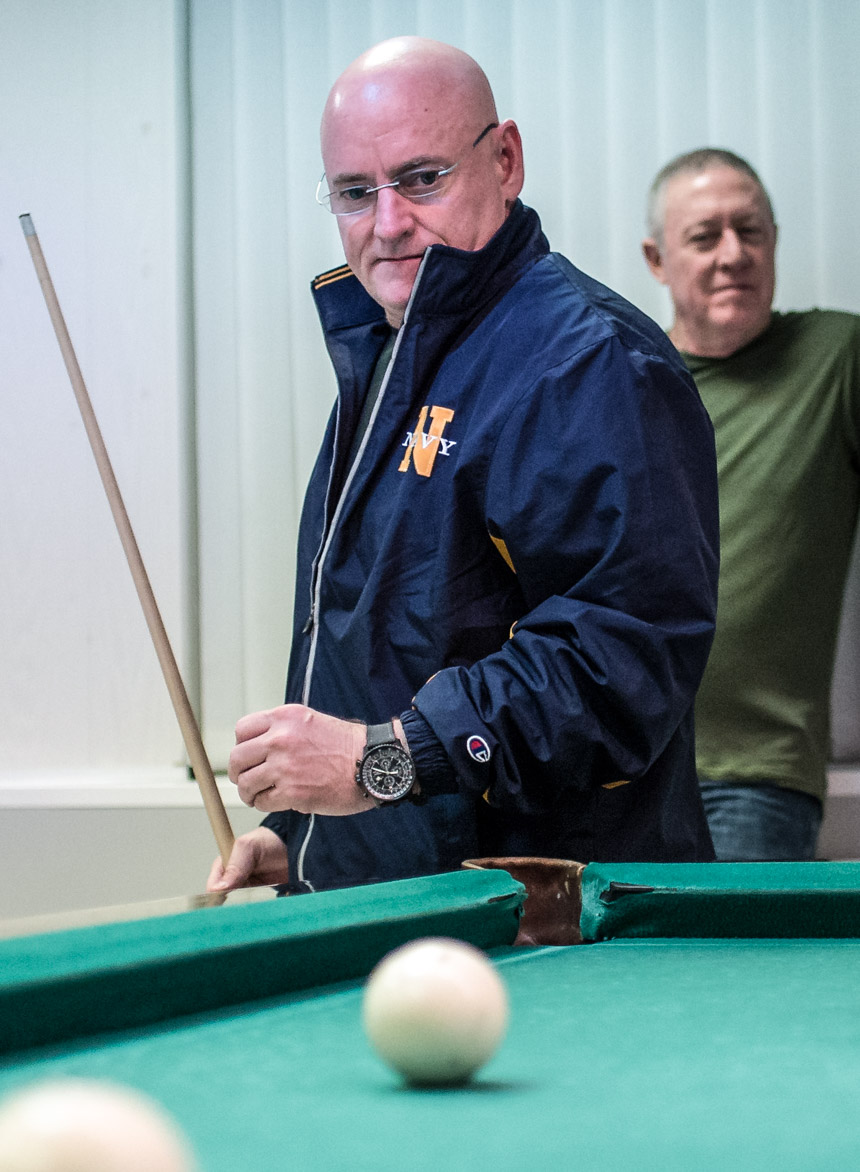 Scott Kelly currently owns four Breitling watches, but that will likely soon change as his relationship with Breitling expands. He and his twin brother Mark are the first duo of astronaut brothers, and now they also become the first duo or brother Breitling brand ambassadors. Only a few brands such as Omega and Breitling are lucky enough to have astronauts, true heroes of science and adventure, as enthusiast brand partners. Thanks to Scott for taking the time to chat with me, and I am sure that I’ll run into him again soon in his new life as a watch brand personality. breitling.com