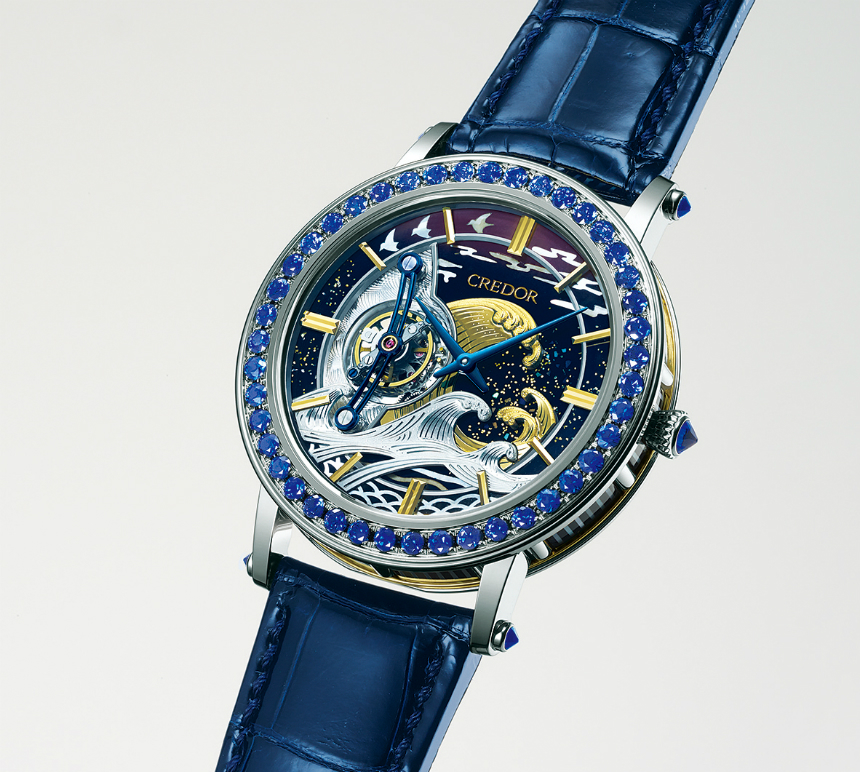 At Baselworld 2016, Seiko‘s very high-end arm Credor released a limited edition piece that features the very first tourbillon movement by Seiko. At first, I was a little surprised, but the fact is that tourbillons are actually hard to find in Japan, and the collectors there are generally pretty tepid on the tourbillon. With a new Caliber 6830 movement based on their Caliber 68, the Credor Fugaku Tourbillon Limited Edition watch is made by three of Seiko’s Master Craftsmen. 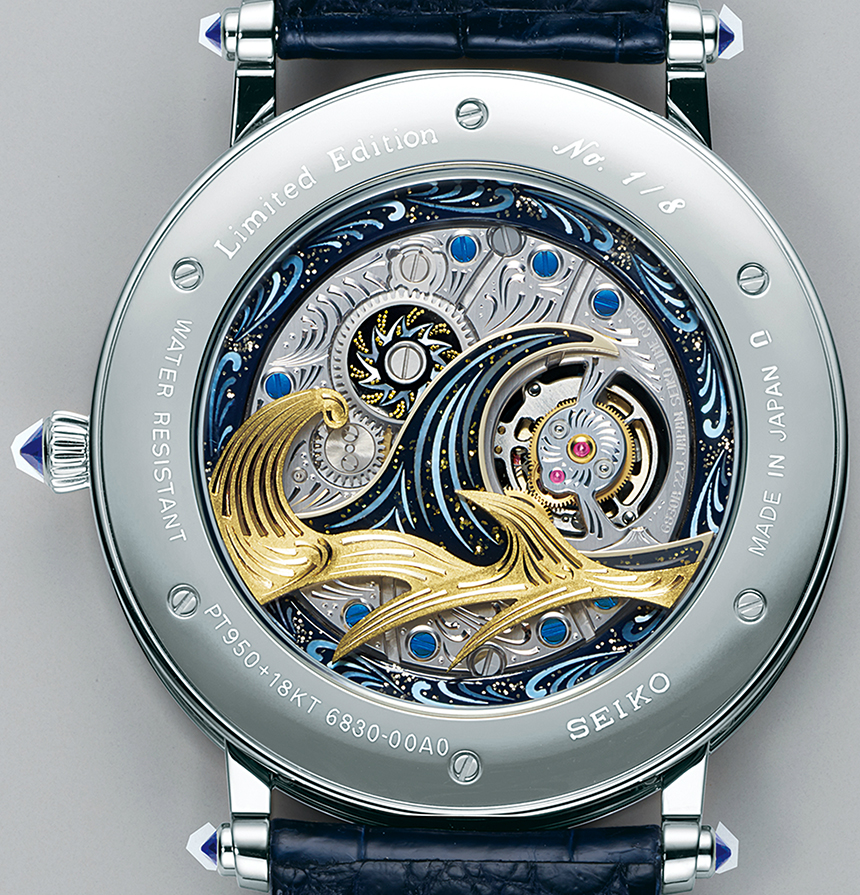 The Caliber 6830 is based on the Caliber 68, which is Seiko’s ultra-thin movement collection. It is a manually wound movement assembled by Satoshi Hiraga, whose resume includes being the head engineer for Seiko’s 9S or Hi-Beat movement. The movement itself is 3.98mm thick and 25.6mm wide, and Seiko claims that it is the world’s smallest tourbillon “by volume.” That’s a statistic I’m not particularly interested in, but not pronouncing the “most” or “-est” is apparently PR-malpractice. What is interesting, however, is that they used a pallet-fork design and integrated wheel and bridge to keep the volume down. The movement operates at 21,600vph and has a power reserve of 37 hours. Seiko claims an accuracy of -10/+15 seconds per day. 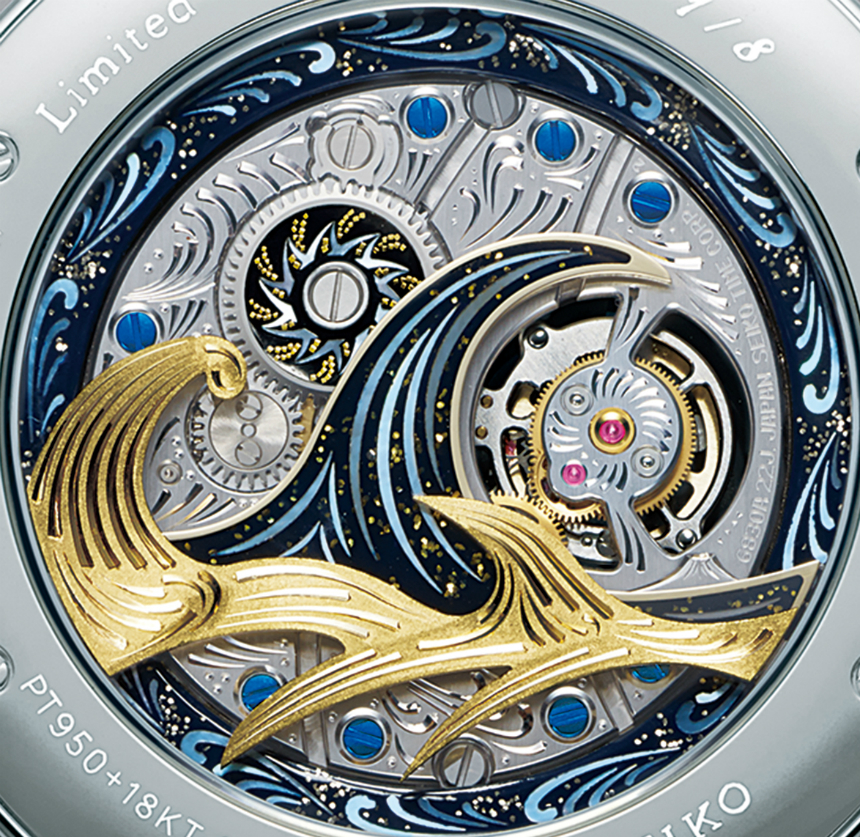 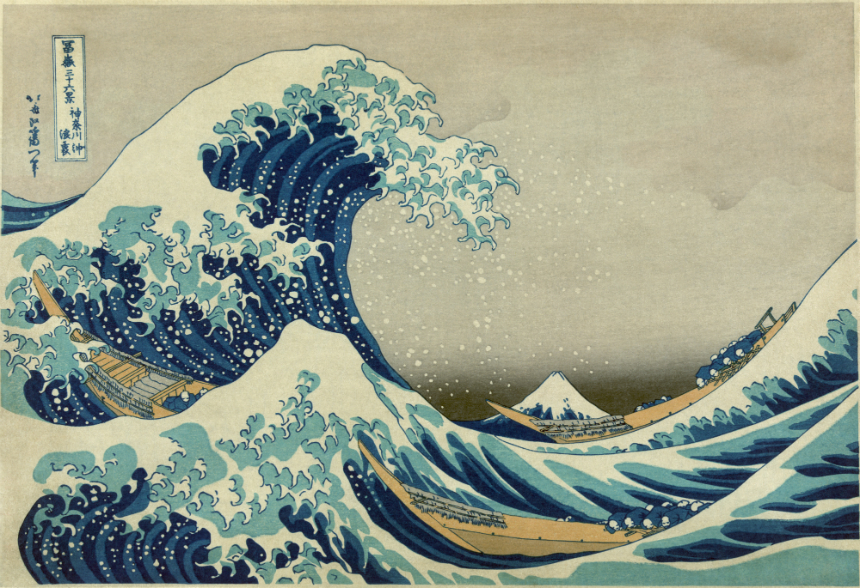 Hokusai’s series of woodblock prints “Thirty-six Views of Mount Fuji,” particularly “The Great Wave off Kanagawa” inspired the Seiko Credor Fugaku Tourbillon Limited Edition watch. This is most obviously reflected the dial design as well as the fact that fugaku is another word for Mt. Fuji in Japan. Kiyoshi Terui worked as the engraver, and the wave is done in yellow and white gold and ranges from 1.6mm at its thickest to 0.5mm at its thinnest. On the case back is the same wave, and you can also see Mt. Fuji engraved on the balance wheel bridge. The surfaces are then all lacquered by Isshu Tamura, a world-renowned Kaga lacquer artist. 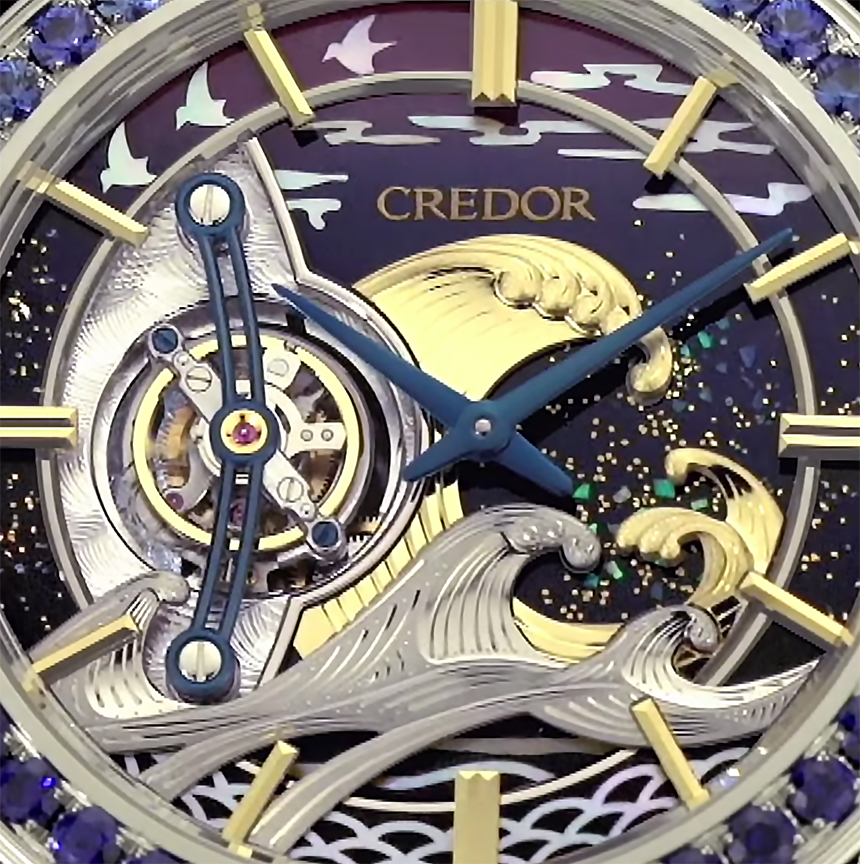 Finally, Nobuhiro Kosugi, the first watch designer to be recognized as a Master Craftsman, assembles the case. The case is 43.1mm wide and 8.8mm thick, made of platinum 950, 18k white gold, 18k yellow gold, and 48 sapphires. The dial is made with 18k white gold, 18k yellow gold, urushi lacquer, mother of pearl, and yakogai (which is the shell of the giant sea-snail). Certainly not a swimming piece, but the Seiko Credor Fugaku Tourbillon Limited Edition case is water resistant to 30m. On the crocodile strap you’ll find a Platinum 950 three-fold clasp with a push button release.

Now, after 135 years, Seiko presents the Seiko Credor Fugaku Tourbillon Limited Edition watch with Hokusai-inspired engravings. I don’t think it’s a coincidence that Hokusai was the chosen artist, as his work is almost a ubiquitous example of Japanese art outside Japan. Seiko is analogous to Hokusai in this regard when it comes to watchmaking. 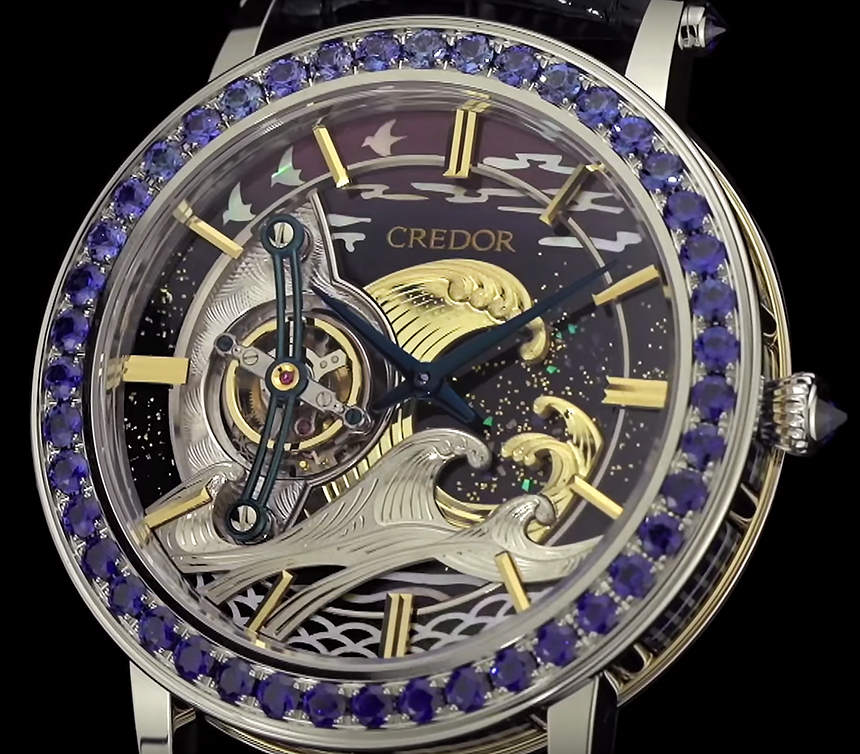 It is interesting that Seiko chose a complication that is not popular at home, but is hugely popular globally in places like the Middle East, Russia, China, and the United States. In complementing Credor, which may be an unfamiliar name to many, with the most recognizable Japanese artwork, Seiko is laying claim to a history of time-honored Japanese traditions while introducing a complication altogether new to them. Price for one of the eight Seiko Credor Fugauku Tourbillon Limited Edition watches is ¥50,000,000 which comes out to just about $450,000. seikowatches.com