I would have loved to be an automotive journalist in the early 1990s. One of the most momentous occasions of the decade was the release of the Lexus LS400, as well as the overall Lexus brand lowering into our lives like a gleaming vessel from mother-ship Toyota. The LS400 was the car that journalists said should make the Europeans fear the Japanese. It was more than just something for them to take notice , it was a justifiable alternative to European luxury cars, and a much better value.

Anyone in the US knows the power of the Lexus brand these days. Shift your attention to me sitting here in a hotel room in northern Japan. I am in the midst of my invitational pilgrimage to Seiko, as I begin what will be a great many articles over the rest of my watch reporting career. I sit here with having a profoundly new perception of Seiko, a more accurate vision of the entire manufacture. If there is one thing that Seiko hasn’t been able to achieve yet is mass communication of how good they are. I say it here now, European watch companies, fear the Japanese. 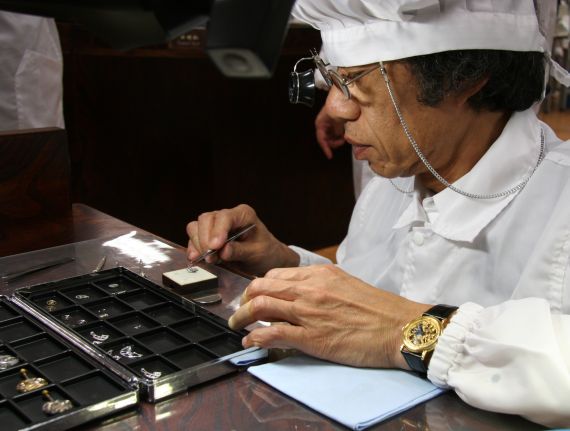 They probably already are aware of this sentiment, and are happy the world doesn’t yet know the allure of these luxury Japanese watches. So I say these worlds almost symbolically, and to begin an impression I wish to impart upon you, that Seiko is not only a justifiable “watch manufacture,” but makes watches you certainly will want (at very good prices). Not only that, but there is no limit to Seiko. Their movement designers and engineers are very capable, and I trust that if they want to build something, they can do it. So keep your sights on what they are doing. 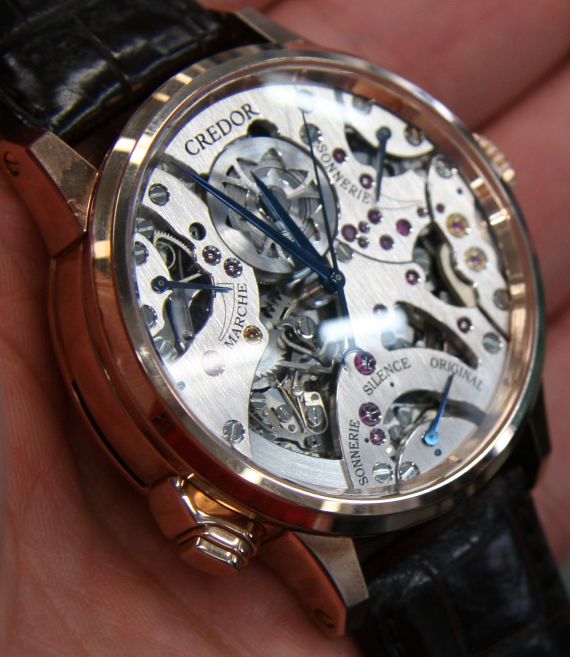 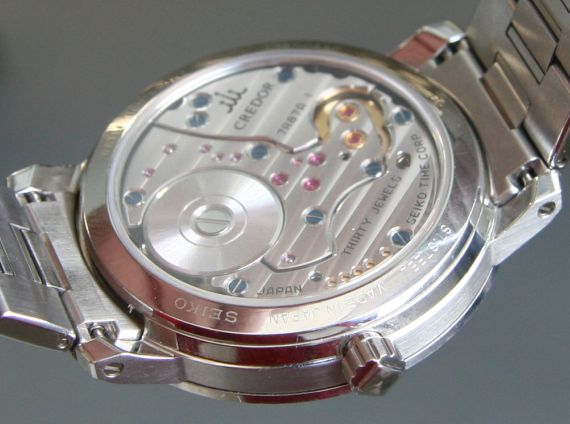 This is not even a list of their accomplishments and technologies, as this would be a very long list not suitable to this discussion. Seiko is part of a group of companies that includes Epson. There are actually a few companies that make up what the world knows as “Seiko” – and while the relationship is complex (maybe even by Japanese standards), I mention this to explain why some watches or Seiko products may have slightly different nomenclature. In America, Epson is a printer and scanner company (along with related items), but they are the proud part of the various Seiko watch facilities. Seiko right now has no real Japanese competitors. The closest one would be Citizen, but they don’t follow the same dedication to mechanical watches or watch movement technologies. For all the fine timepieces (and even luxury ones) that Citizen makes, Seiko is a different creature altogether. 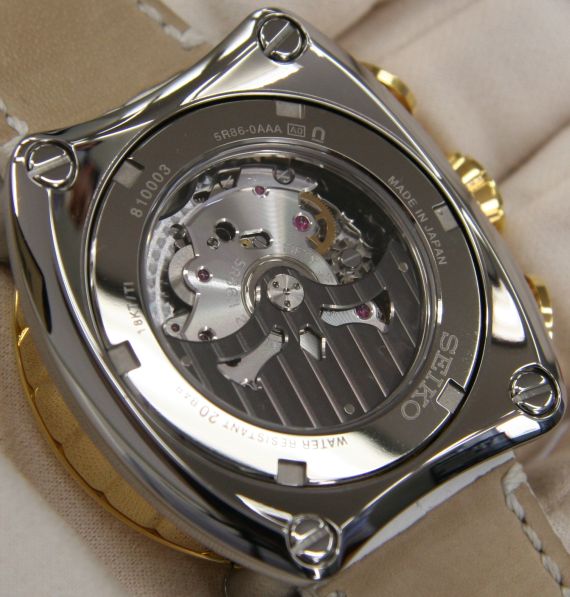 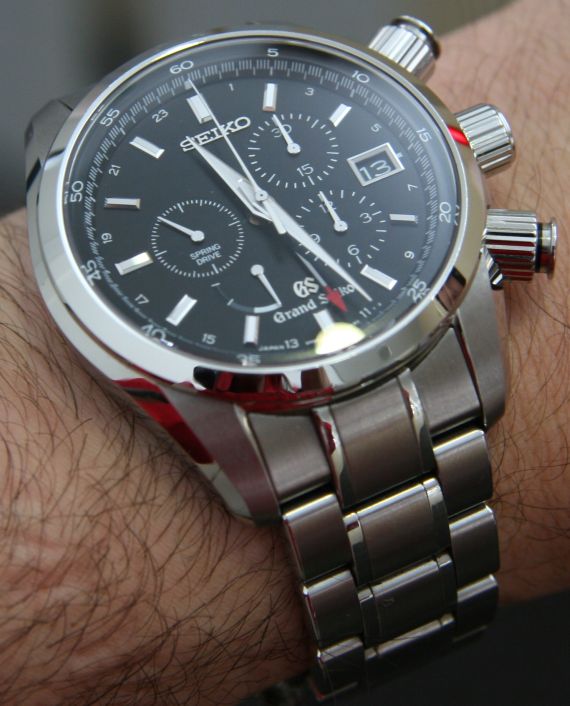 In the last few years the Seiko Spring Drive movements have been holding my attention and passion. I’ve finally been able to handle them and can report that they are even more desirable than I had previously thought. Such a total enthusiastic display will be for another article though. Instead, the point of this article is to further testify that Seiko is a luxury watch brand. Let me clarify. Seiko does have a large number (100 plus at any given time) of mainstream watches. These all have Seiko Japanese made movements, and are of the most popular watches in the world. This however is not the total face of Seiko. In Japan, Seiko has a number of other brands. The most notable being Grand Seiko, which are a line of successful luxury Japanese watches. Impressive on the outside, and very much so on the inside. Then you have the high luxury Credor brand as well as others such as Phoenix, and Galante. These are not sold much out of Japan, and are very hard to get if you are not in Japan. This is a shame, because many of these watches are incredible.

What is so incredible is how much they meet or beat European luxury watch standards. I am not suggesting that Seiko watches are better than Swiss or German watches in all ways, but rather that they are really one of the crowd. Going to the various high-end Seiko watch manufactures here in Japan, I am totally reminded of Europe. Of course these watch making plants have their own Japanese character, any watch maker from Europe would feel at home here, maybe even more comfortable. 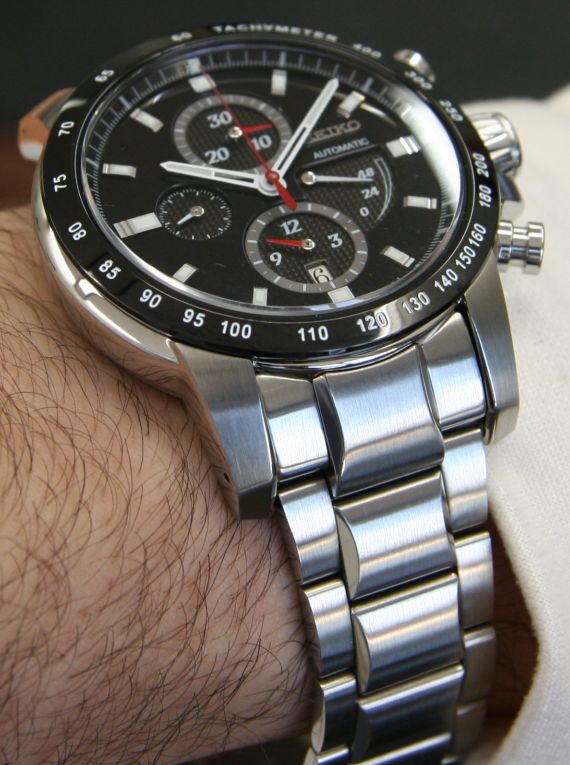 Which leads me to clarify again, Seiko is a true watch manufacture. They make all of their own movements, dials, bracelets, and cases. They even make such hard to make parts such as hairsprings and mainsprings. Which are coincidentally considered the most difficult of watch movement parts to make. Everyone is done by Seiko, and this allows them to produce many impressive watches. So what does this mean to you? Well, it means that those “hand assembled” watches with “manufacture movements” from European watch companies that are tens of thousands of dollar if not more, have a competitor at Seiko. Most of their “Grand Seiko” and related high end lines are just as nicely made, in-house, and cost on a few thousand. Not just that, but Seiko watches are extremely reliable and durable, and very accurate.

Seiko has a few hand engraved watches as well. Seiko has a few in-house engraving masters that have developed techniques that beat those of the Europeans. Only difference is that some of the designs are pretty traditional Japanese. So now Seiko needs to take those skills, and apply some more globally appealing designs. The techniques that Seiko uses require engraving tools made by Seiko that are more precise, cut better, and result in a much better polish and clean look to the polishing. It is quite remarkable. A beautiful gold Seiko watch all hand engraved with a manufacture movement will run about $20,000 as I understand. You’ll never find a similar Swiss watch at this price.

Seiko isn’t trying to beat the Europeans at their own game, Seiko rather wants to be noticed as being included in the game. They have a sufficient level of technical innovation, artistic beauty, manufacturing prowess, skilled watch makers, and customer credibility to be considered on the same playing field with the luxury Swiss and German brands (less as “the Japanese alternative”).

Next for Seiko is working to share with people outside Japan what they have been doing for decades. While it may be late, Seiko has finally decided to share themselves with the world. You’ll be hearing more impressive things about Seiko, and more importantly, you’ll have access to some of these fantastic timepieces that mostly only Japan has been able up until now. The first step is the new Ananta line of luxury Seiko watches that will beat your expectations.