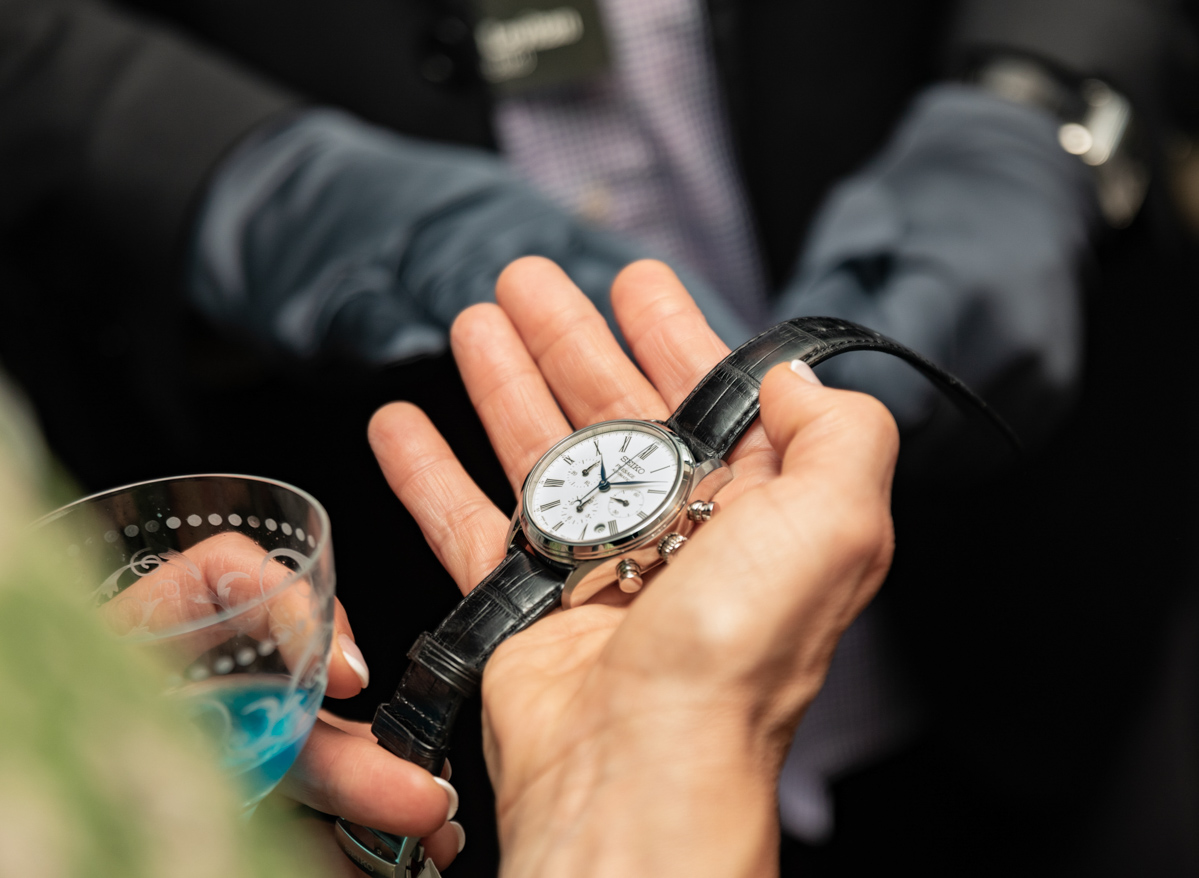 Seiko Moves Upmarket And Doubles Down On American Watch Buyers

Smiling American wrist watch retailers disembark a dinner cruise arranged for important guests of Seiko in Manhattan on a warm June night. Strong success has marked the recent efforts of the traditional Japanese watch maker on American shores – namely in regard to a series of its higher-end timepiece lines that include the luxury-positioned Grand Seiko brands the Presage and Prospex collections within the Seiko brand. Seiko is no stranger to American consumer popularity but what accounts for the company’s ability to so quickly move upmarket both in its actual average product quality as well as in its average price points?

I’m guilty of being among the Seiko consumers who felt that the “Seiko I knew” was getting away from me over the last few years as the brand strategy quietly started to shift. For a while my relationship with Seiko as a consumer got confused – I didn’t feel that I knew what the brand wanted to be for consumers like me who got started on basic Seiko timepieces to kickstart being a watch collector. Seiko’s strategy seemed to be a moving target and I was trying to follow a direction whose path I didn’t always understand. That confusion is coming to an end as I finally believe to understand what Seiko and its group of brands and divisions are trying to do. In short, it is a good thing for people who loves watches. 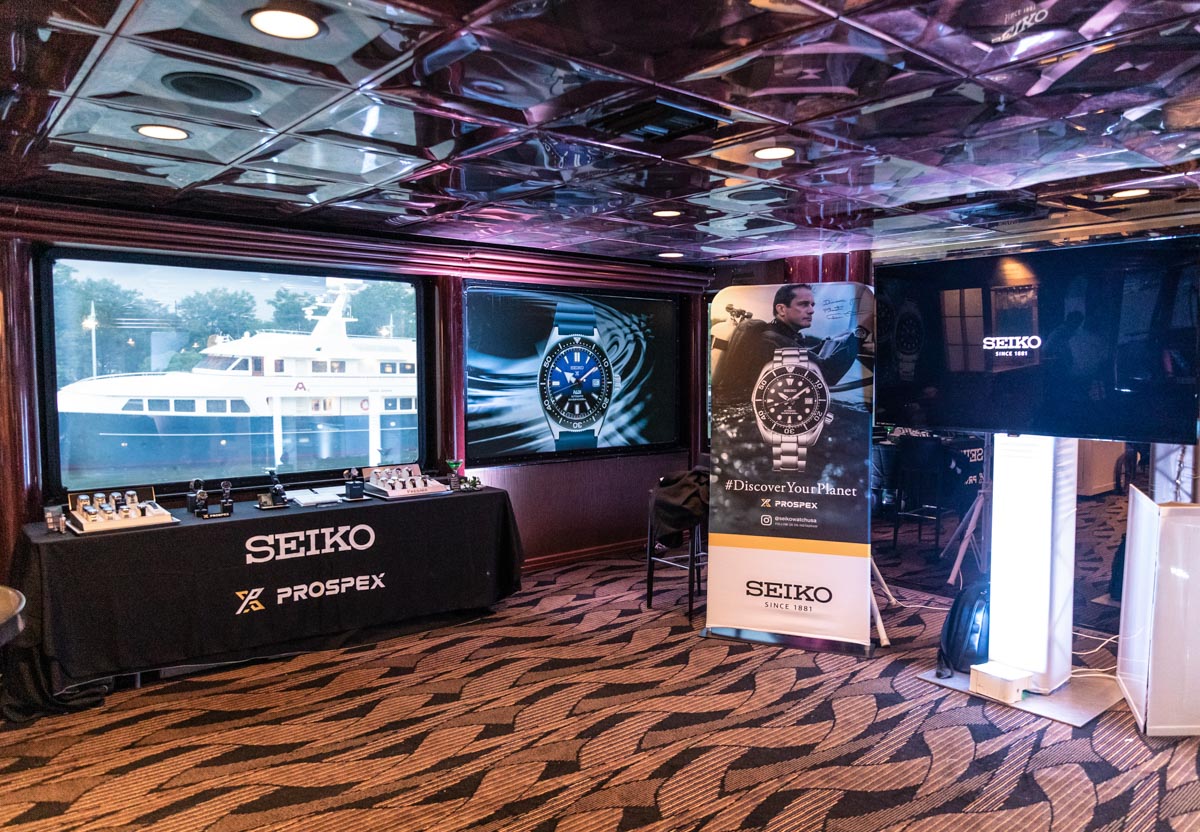 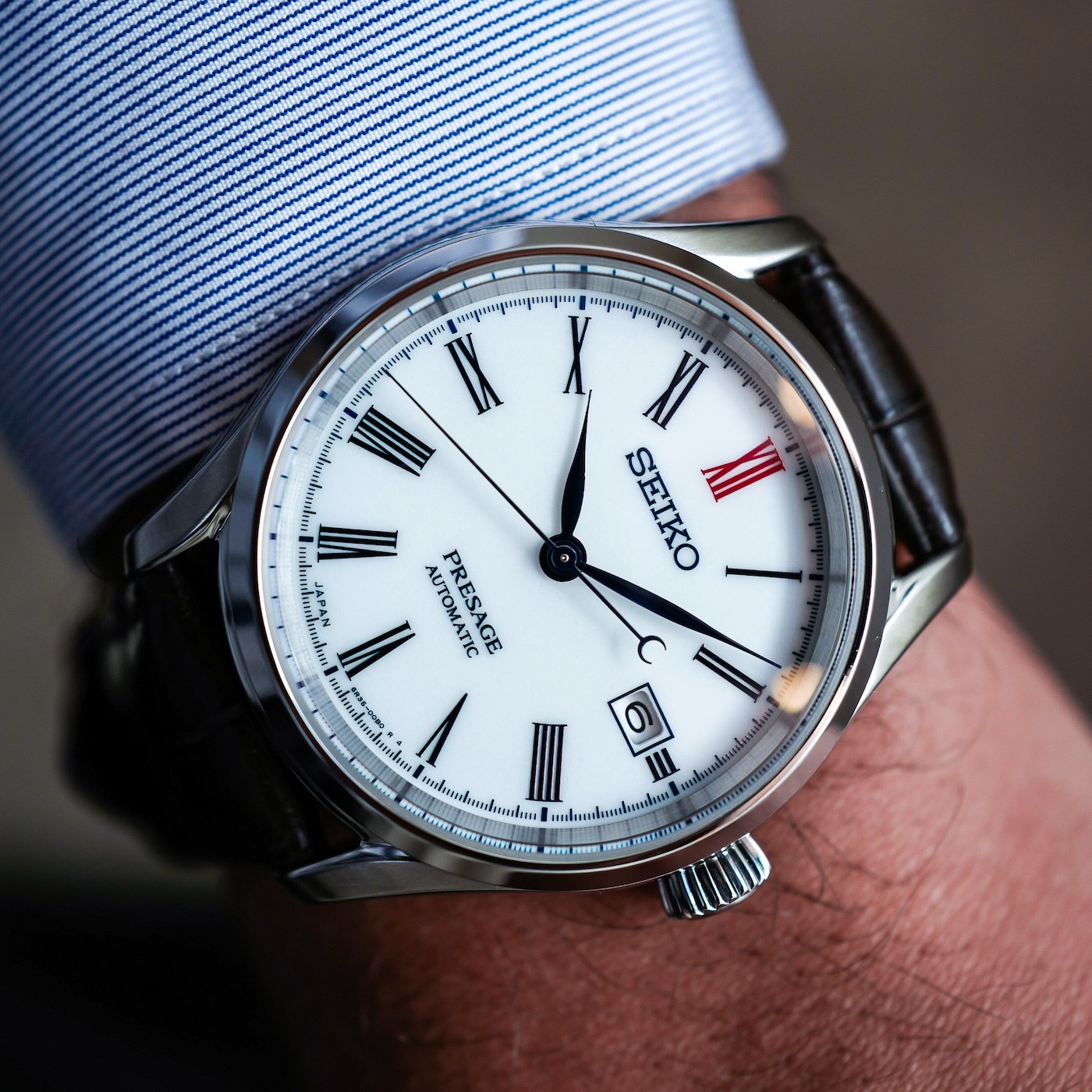 Grand Seiko’s sharp upmarket rise and global presence has been the most radical investment at Seiko in recent years. Initial hesitation about Japan’s most prestigious timepieces doing well on the global market has been washed away by evidence of incredible consumer buy-out in markets such as the United States and otherwise. Grand Seiko has seemed to consistently perform well in any market I query watch sales people where the brand is sold. Retailers who do not carry Grand Seiko eagerly want to carry the brand – with many telling me they would be happy to drop other brands in order receive the privilege. You simply don’t hear stories like that about too many other brands these days. In a depressed economy for luxury watches, Seiko is getting to grow. That is amazing and good news for those wondering what the next 5-10 years in the luxury watch industry might look like.

Core to Seiko’s strategy seems to be tapping into existing niches they believe will be more evergreen. They are trying to take firm price-point positions in the luxury and lifestyle watch market – that replaces their old mainstay which is a mass consumer product purchased almost strictly for its utilitarian value. I have yet to interview Seiko officials about this, but I think there is a deeper story about Seiko as a company evolving from a company producing consumer tools (the wrist watch of yesterday), to now reaching the enthusiasts and collectors whose enthusiastic response must be encouraging. 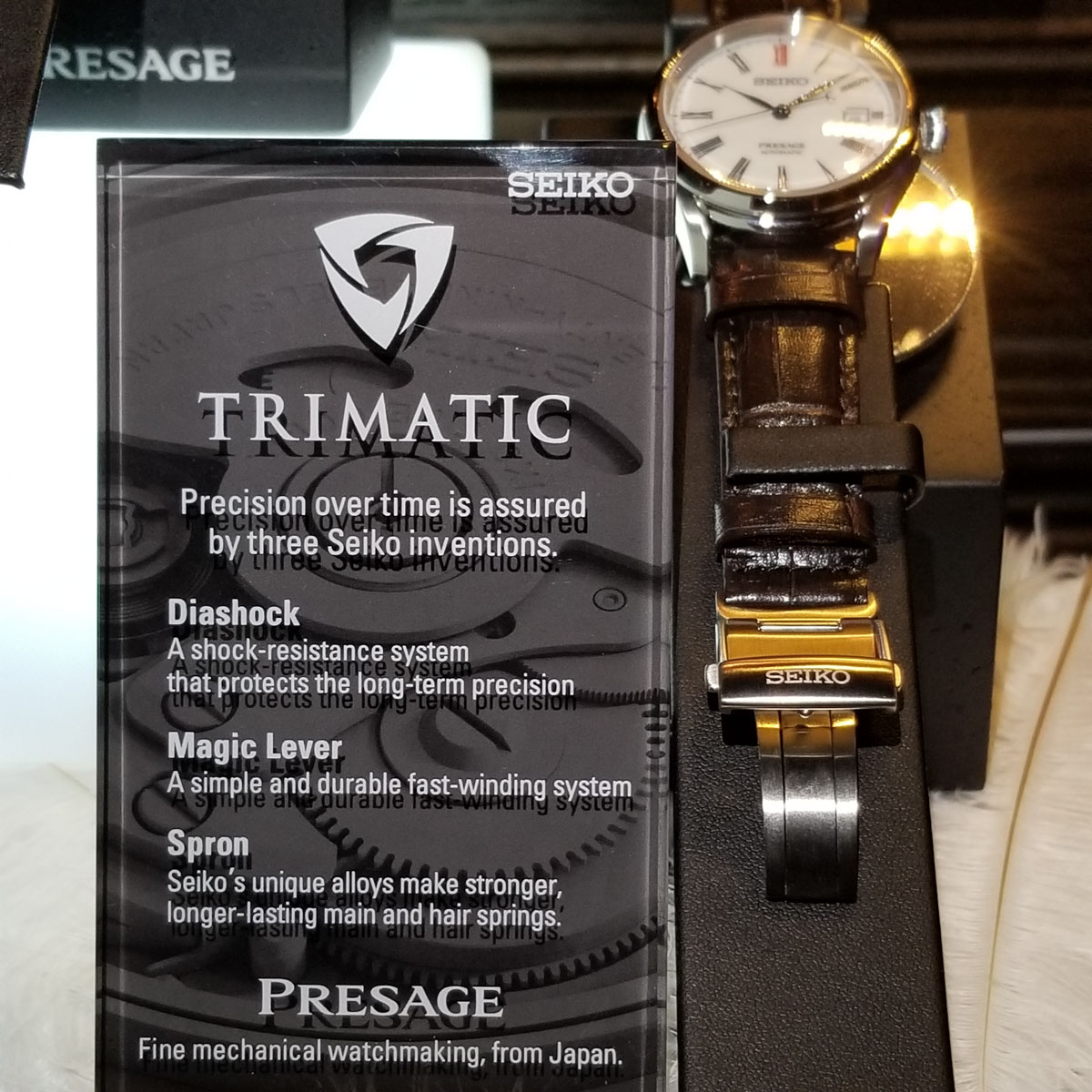 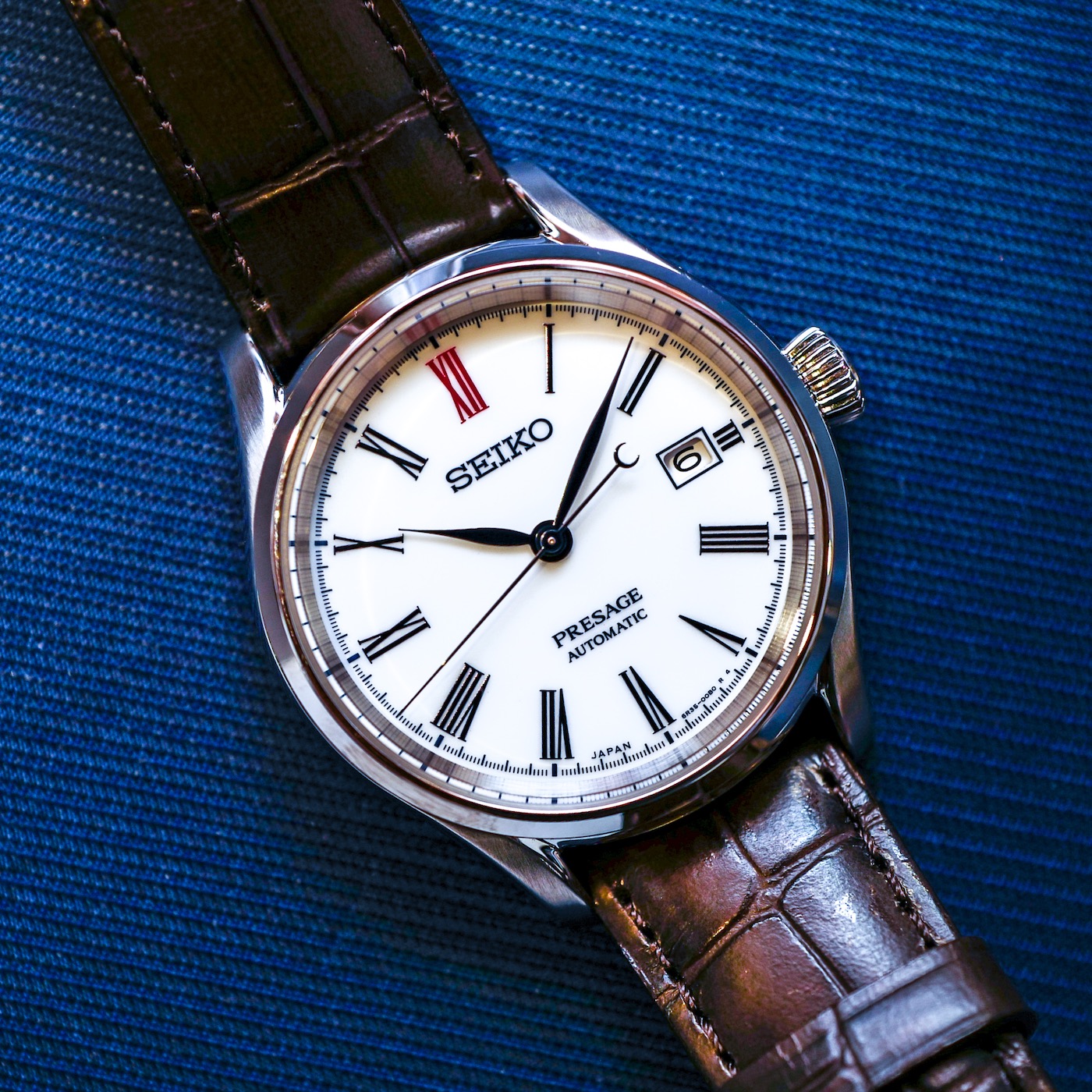 Let me be clear that Seiko and its group of companies will continue to be “manufacturing-minded” first and foremost. With that said, Seiko benefits from a truly international perspective to running the company in different markets. Unlike many European watch brands that staff their subsidiary offices with people from headquarters (mostly French and Swiss nationals), Seiko and its Japanese brand colleagues in the United States mainly staff their US offices with people who understand the American market, ie Americans. Americans and also other nationalities whom Seiko has cherry-picked from other parts of the watch industry to run their company in American today. The strategy seems to be working in many ways as well as it did in the 1980s and 1990s.

I wasn’t in the watch industry in the 1980s but imagine that watch retailer enthusiasm for Seiko then was thematically similar to how it sounds from Seiko’s top retailers today – only differing on the topics they were excited about. You see Seiko is actually taking a plan from their own playbook but applying it differently than was done in the 1970s and 1980s. A big part of the Japanese watch value proposition was “we can do it as well as the Europeans but for less money.” In a cost-conscious market today – just as it was in the 1980s for many consumers – Seiko is presenting itself as the luxury watch brand that offers what you demand in a luxury timepiece but at prices below what many of the established European offer. What modifies the story today is that Seiko is actually doing a better job of creating a sense of demand for its products than many of the European brands it has traditionally observed are doing. To consider the implications of this fact is almost shocking for a company like Seiko. No longer is it just producing a product in a market where there is established demand (for timepieces), in today’s work of 2019 and moving forward, Seiko has to be one of the main players in creating demand for timepieces to begin with. 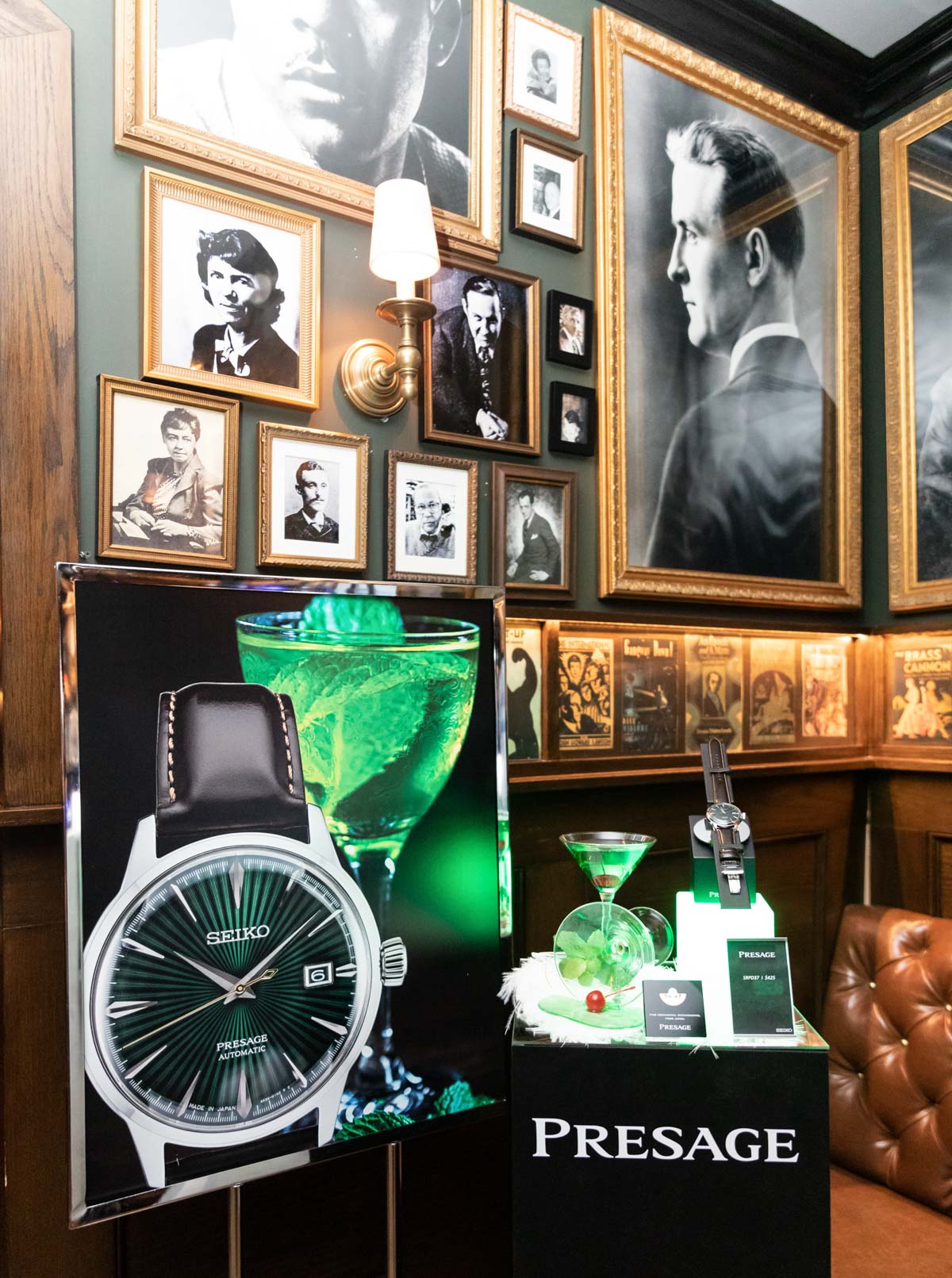 Like many good products, Seiko’s popularity with watch retailers today really began with consumers. Galvanized by a strong enthusiast and collector base, the Seiko of today is banking on the fact that it can keep a good relationship with the people who are interested in getting a great watch, and not just any time-teller to put on their wrist. To help explain this point simply look to the fact that Seiko is shedding much of their lower-end watch production, along with the stores that sell them. Seiko has removed over 1,000 points of sale in the United States alone. It wants to move away from the recent past where Seiko (and other Japanese watches) were routinely hawked on the promise of discounts at big department store retailers. Seiko will instead focus on a higher price point, but will also include much more value and effort in its average watch than the Seiko timepieces owned by many existing customers. Where is this value? It comes in the form of the quality of cases, the quality of case polishing, the crystal material, the movement quality, the dial and hands quality, and of course the bracelet quality. Look over many of the latest Seiko timepieces with a trained eye and you’ll see a very real trickle-down of the company’s most exclusive finishing techniques and technologies flowing down into what we once considered much more pedestrian products. 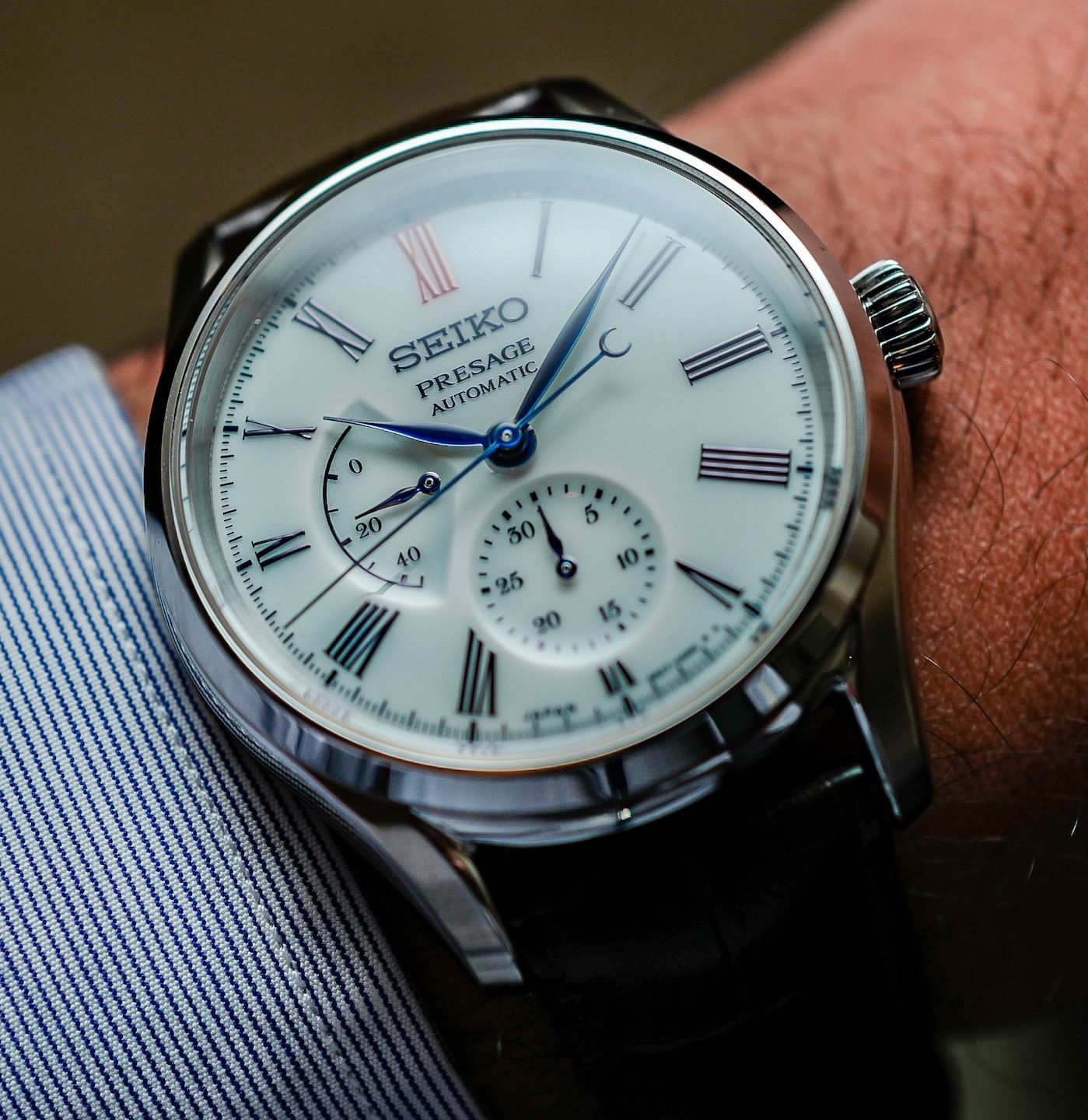 As the Grand Seiko brand’s average price point moves up, Seiko as a brand is there to fill in where Grand Seiko once existed. From a pure numerical standpoint, this is really Seiko making a strategic decision to “own” the category in a few specific price points – namely those price points often neglected by the Swiss. Grand Seiko was once Seiko’s strategy here, but Grand Seiko has since moved on to compete more directly with the Swiss on a head-on basis by moving up its average price point. Members of the Seiko Presage (more formal and dressy) and Seiko Prospex (sporty and casual) now inhabit the under $3,000-4,000 price points that once had a fair number of Grand Seiko options. 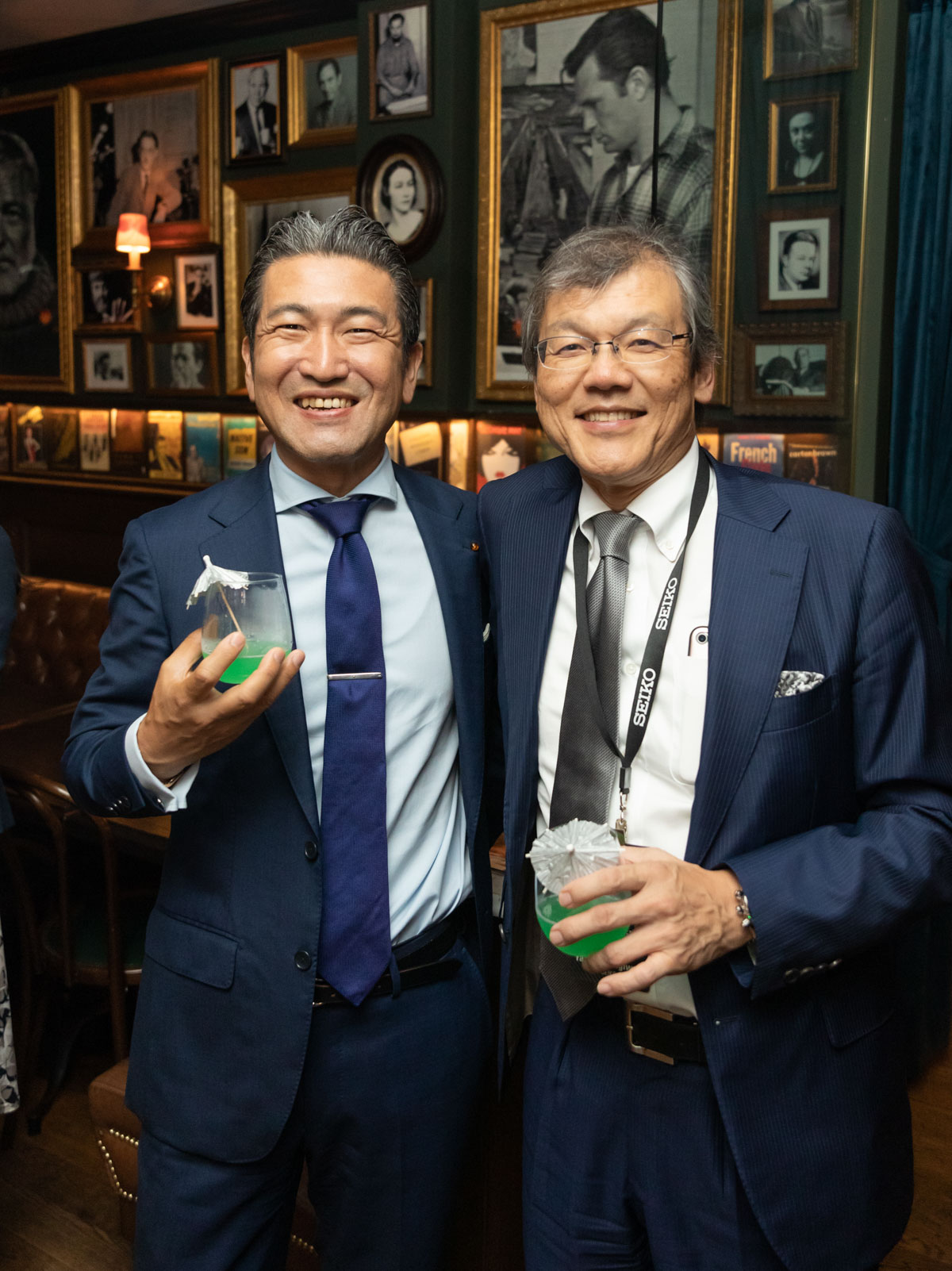 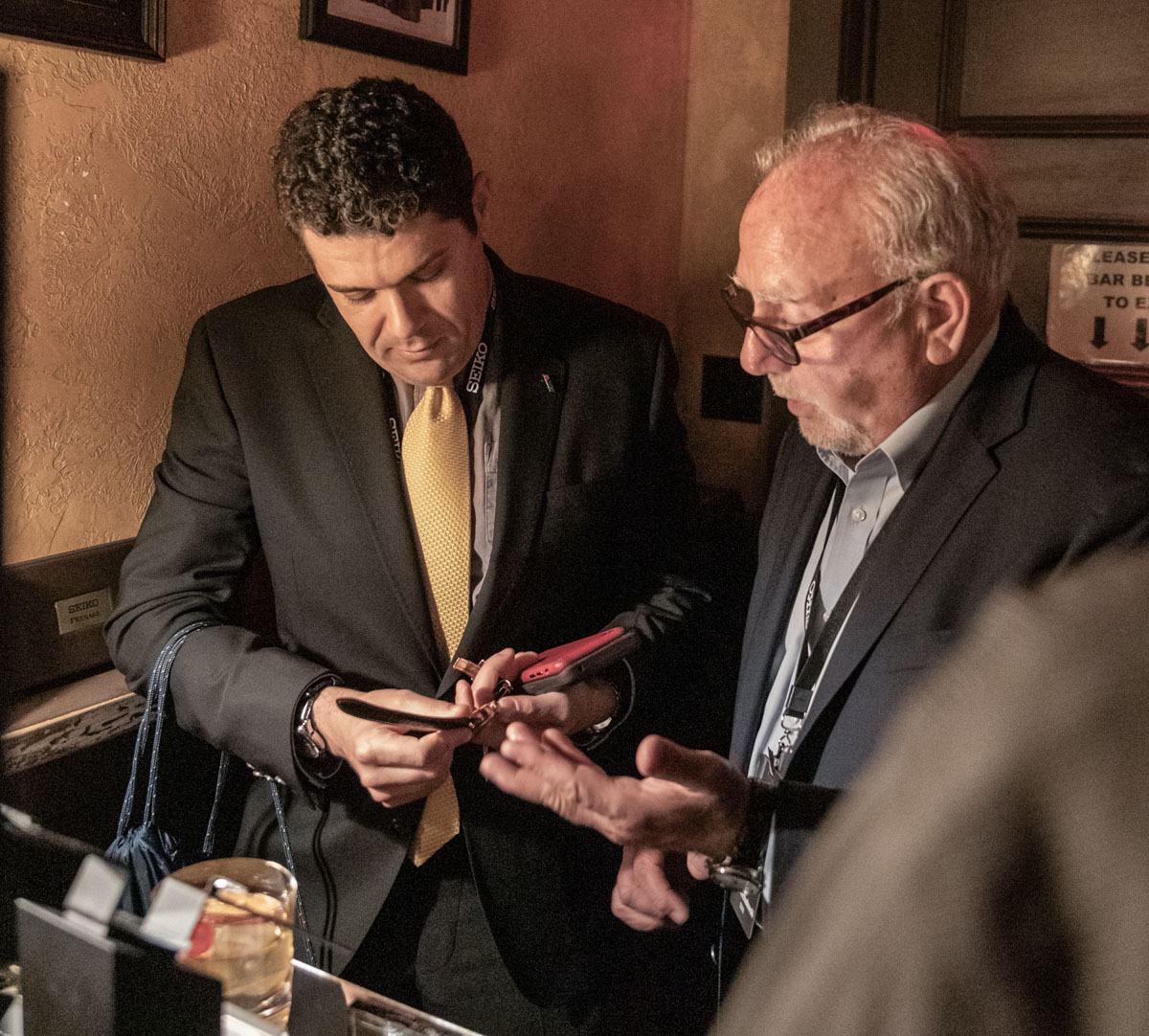 That means your average Prospex and Presage watch today is a superior product than your average Prospex and Presage watch of yesterday. A larger range of better mechanical (and Spring Drive) movements are available, as are upgrades across the line in the new watches Seiko has been releasing. Right now Seiko easily has some of the strongest product value propositions in the $500 – $2,000 price point and its retailers and fans are keenly aware of it.

As a watch expert what truly impresses me is the consistently high level of authentic esteem Seiko and Grand Seiko dealers have for the Japanese brand. Retailers are excited both about the product and about the service from the brand. This is in marked contrast from a sense of justified distrust and frustration they feel when dealing with many of the traditional European brands. If anything, Seiko is able to bank on the fact that good watch retailers in the United States have an increasingly fractured relationship with a good number of the traditional European luxury watch brands, leaving the market open for a strong Seiko to grow and succeed. 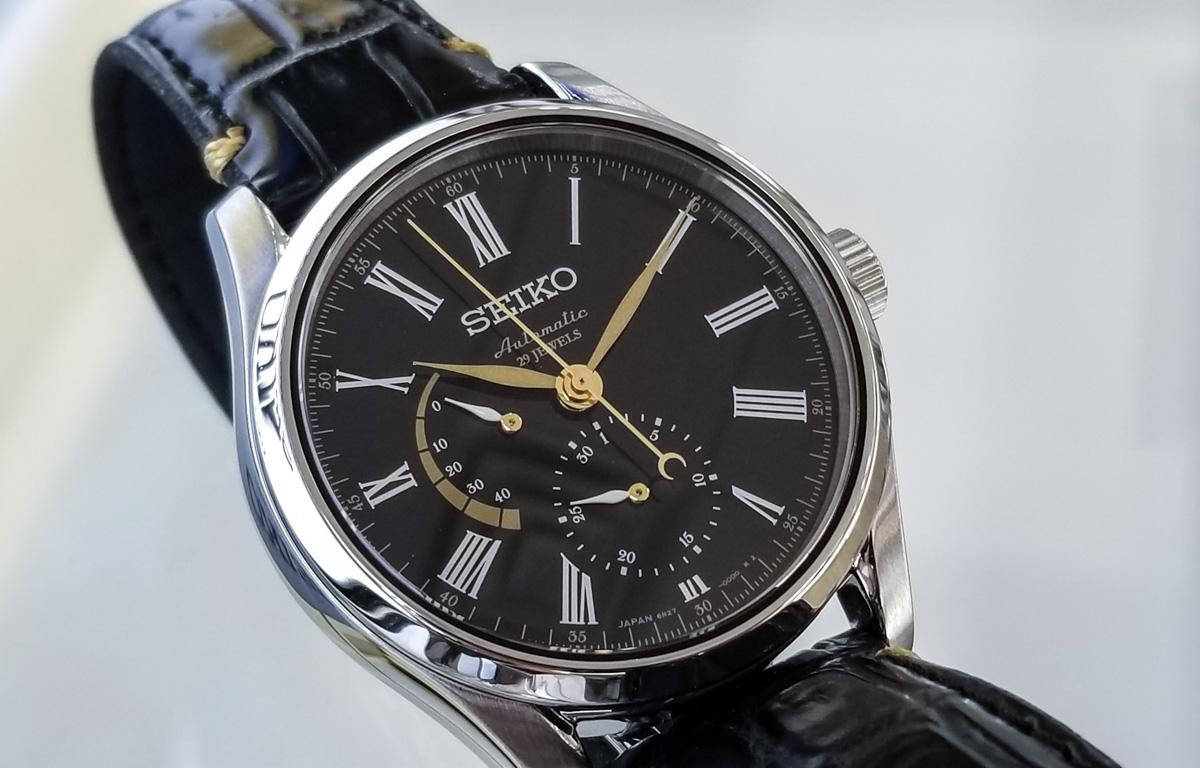 The emboldened Seiko of today is keenly aware of the fragility of the global luxury watch market and yet there is confidence in the enduring value of what Seiko and its colleagues have been making for years. There is more than enough history in Japanese watchmaking to know that the traditional watch (in its many forms) has weathered a variety of storms over the course of its history. What tends to remain after such storms are the most strongly positioned brands that offer the most enduring value propositions to consumers. Where Seiko is discovering new parts of itself are in the worlds of marketing. By listening carefully to its strong management team in the United States (which is the global leader in creating wrist watch demand ), Seiko is also set to become a highly effective marketing machine backed up by the quality of their products.

As a wrist watch lover who has always had a soft spot for Seiko, the Japanese watch maker now has a firm grip on my attention once again. Seiko will continue to solidify its position in the watch industry over the next few years as the brand to beat in certain very important price points. These $500 – $3,000 (mainly) price points are where I see enormous consumer interest and I think that Seiko is wise to again seek leadership in this arena. Their results already speak for themselves. 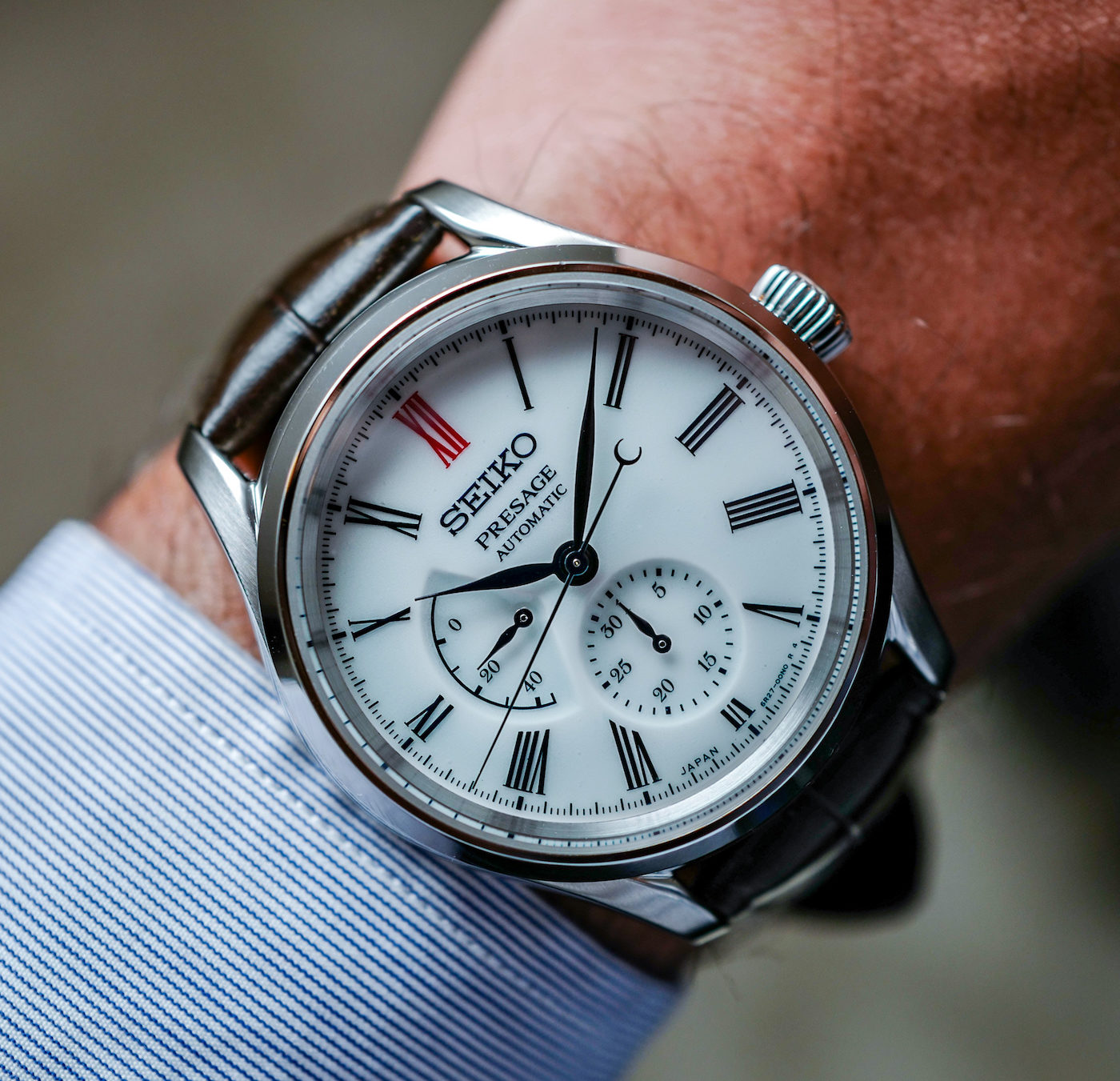 What can other companies learn from Seiko? For one thing, Seiko has faithfully answered the question of “what are we good at and who is interested in buying it?” Second, Seiko has answered the question of “where do we want to put our effort and how will we build our base?” By asking and answering these questions we find Seiko in a focused and seemingly confident position. All that they need to keep doing is asking themselves what branding relationship they want the North American consumer to have with Seiko, and then to build ways of further growing that relationship.  See more at the Seiko USA website here.