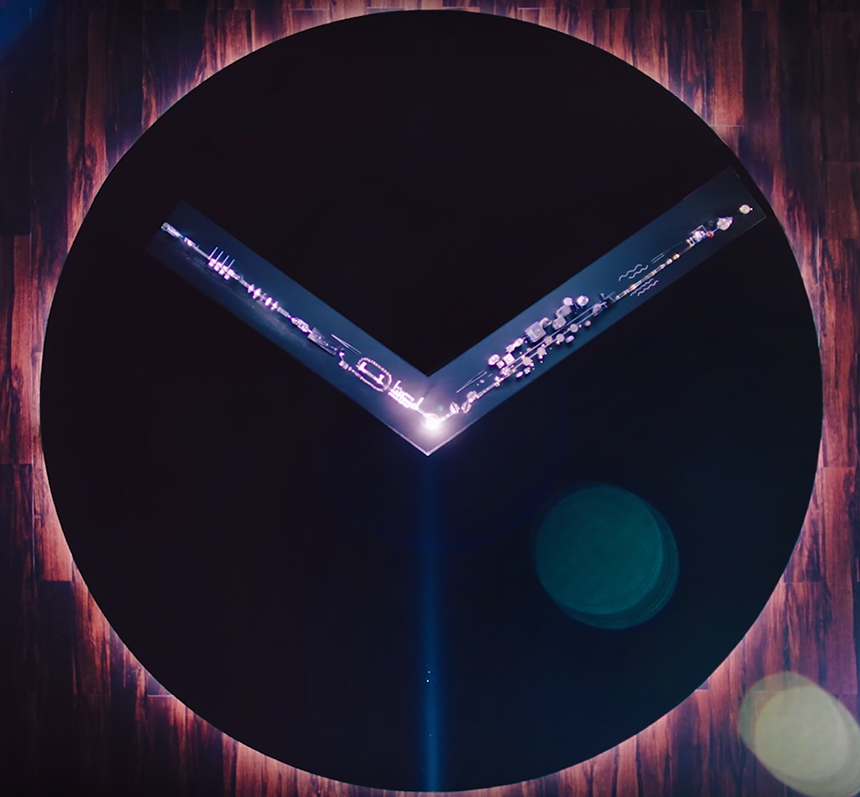 Seiko takes the Rube Goldberg machine to the next level in this “Art of Time” video celebrating micro-mechanical over-engineering, and it is worth a look. You know a Rube Goldberg machine as an overly complicated system of pulleys, dominoes, rolling balls, and toppling cups that usually performs some mundane task in the end, like getting you a soda. So what do you get when Seiko’s micro-engineers reinterpret this concept? A playful work of kinetic art that is the subject of the video you see below.

The apparatus incorporates watch parts, watchmaker tools, tiny figurines, and some industrial-looking or cityscape-like structures that move along in an extended chain reaction, with the performance culminating in the glass cover being lifted from a Seiko balance wheel to be placed into a movement by a watchmaker. More than the contraption itself, the video (including the music) is presented as the real end product, and its concept is based around Seiko Holdings Corporation Group’s slogan: “Seiko. Moving ahead. Touching hearts.” Seiko even has a dedicated “Art of Time” project site about it here. The project spanned one year, and further below you can see the making-of video that shows the process of production through the final successful take, shot over a 70-hour period. Don’t miss the “credits” at the end of the video which lists the watch parts as the “cast.”

A common Rube Goldberg machine’s natural habitat seems to be the garage, and they usually appear improvised from common materials like empty paint buckets and tennis balls, say. Of course, not at Seiko, though. To begin with, this is a sculpture made of and decorated with watch parts – 1,200 of them, to be exact. For example, the red spheres that roll along rails and drop into baskets, etc., are synthetic rubies, as used in watch movements (on a larger scale here, of course). See what other familiar watch parts you can spot and identify. 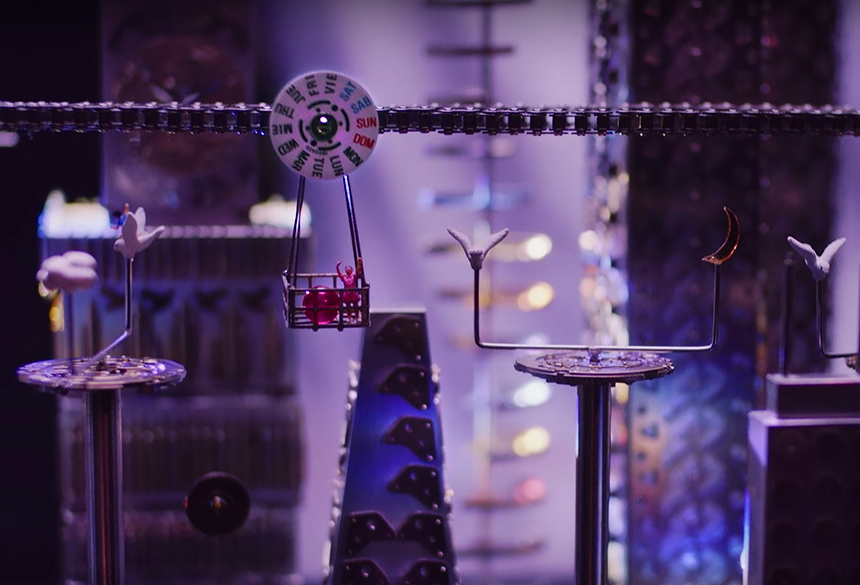 It seems there is a commentary on the modern world of mechanical watches you can read into it, but Seiko thankfully leaves interpretation to the viewer – as any good art should do. A Rube Goldberg machine is whimsical by nature, like mechanical watches in some ways, with a tenuous functional excuse for the existence of what is essentially a cool toy. Watch lovers readily acknowledge that there are simpler (and more accurate, and cheaper) ways of measuring and indicating the time. But we delight in over-engineering. Seiko’s “Art of Time” project is about the pleasure we take from observing precise, elegant mechanics in action, while teasingly reminding us that it is a pursuit of sheer frivolity. I imagine that once the basic idea of building a watchmaker’s Rube Goldberg machine was conceived, Seiko was happy to discover that the metaphors kind of write themselves.

At certain points in the process, watchmakers’ hands intervene to help it along. That is not likely because Seiko simply couldn’t make it work otherwise. First, it effectively demonstrates the scale of the thing. It also, however, seems to imply not only the human element in this type of engineering, but to assert that “we choose to keep the human touch involved.” It is all understated and tasteful in a very Japanese way.

But wait, there’s some more delightful Japanesiness for you! According to Seiko, the music is central to the project’s concept (they even call it a “music video”), and the song lyrics are apparently based on submissions from Seiko employees, inspired by the corporate slogan. The song is performed by 29-year-old (to clarify, since her singing voice sounds like that of a child) Etsuko Yakushimaru, and… the music is composed by Seiko Holdings Corporation CEO Shinji Hattori! If this all doesn’t put a smile on your face then I don’t know what will.

Despite a lighthearted approach, there is a lot going on here. It is dense art with many small details and thoughtful touches that one could easily miss just watching the three-minute-long video the first time. Let us know in the comments if this kind of article interests you as a watch lover. Also, do you take a message away from Seiko’s video, or do you find it is just cool to look at (or not, perhaps)? seiko.co.jp