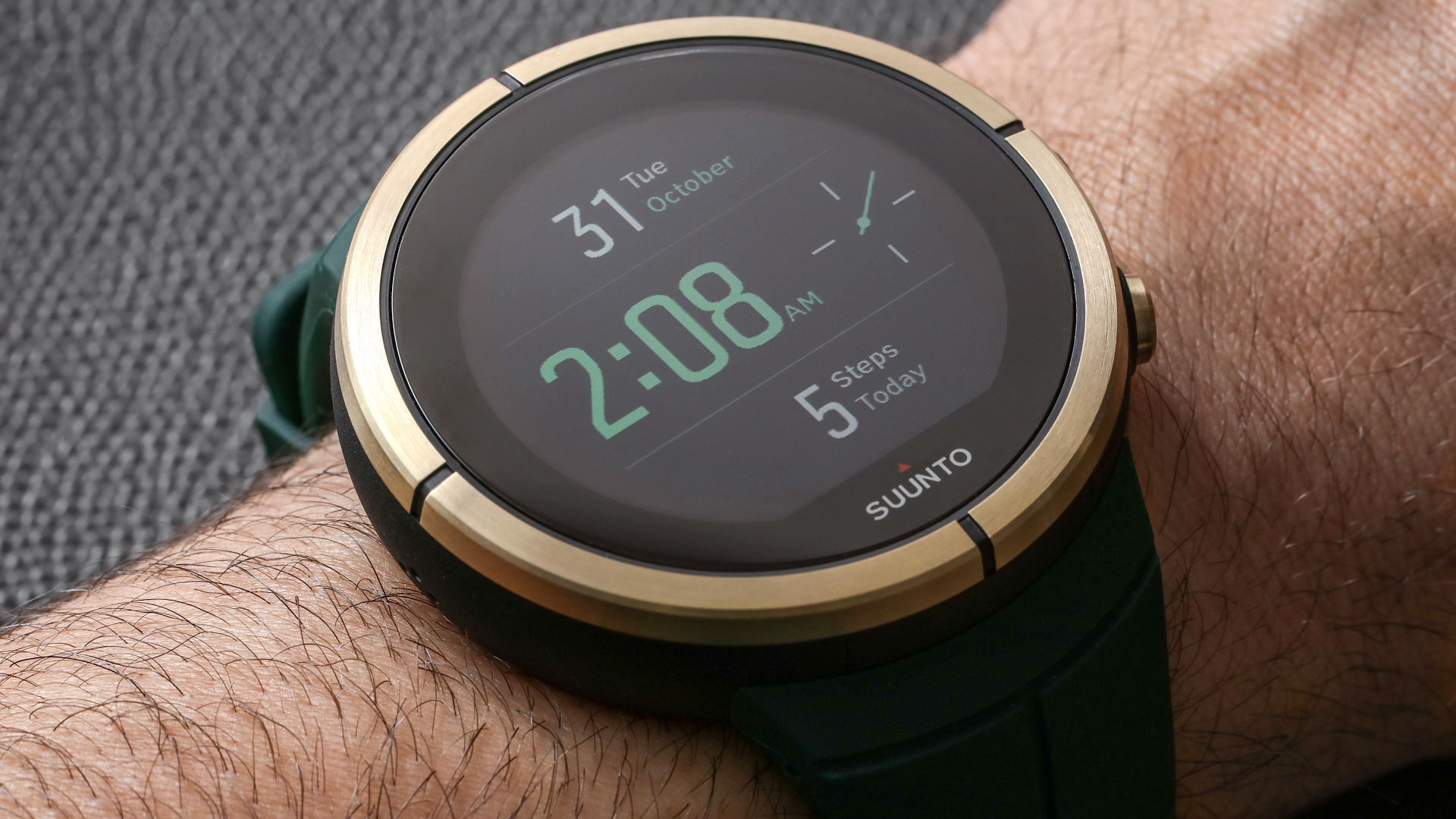 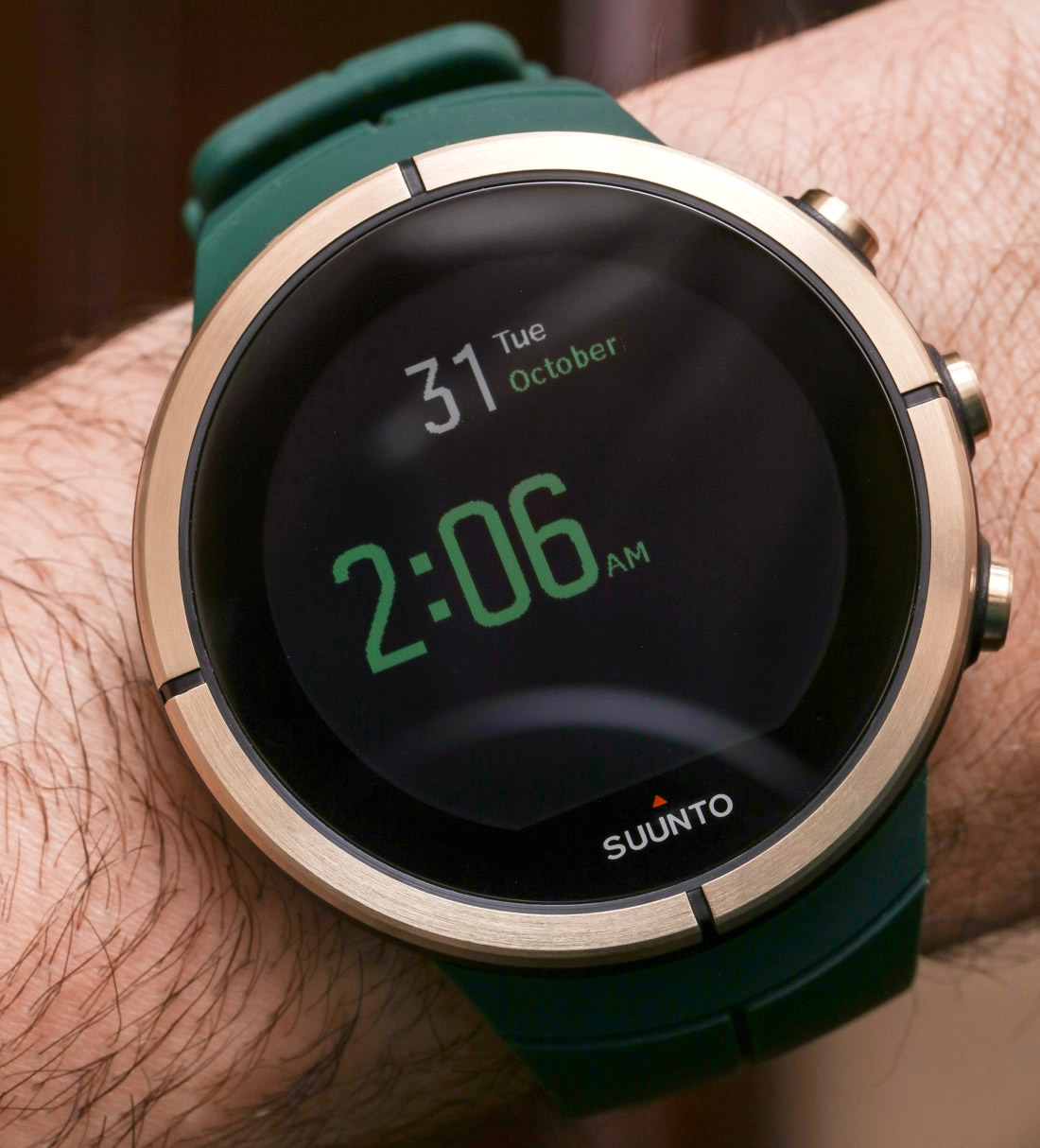 Not everyone really cares about measuring their heart rate – such as adventurers. These types want to know where they are going, how long they have been there, facts about their journey, and how to get home. The Spartan Ultra is good at all of that stuff. Seriously, if you are the type of active person who simply doesn’t need to push your own performance via monitoring your heart-rate, then you won’t miss this functionality. A lot of people want to focus on having fun and relaxing outdoors or while exercising. For them it isn’t about pushing further. I would go so far as to say that some people who otherwise want smartwatches resent the fact that pushing your own performance to the next level is a key feature of many of these devices. Sometimes tracking your hike isn’t about upping your speed or bragging to your social media friends, but is really about making sure you find your way back. Suunto clearly understands this activity dichotomy and makes it clear that the Spartan Ultra is for people that wish to adventure or train (or both at the same time).

In addition to the GPS module inside of the Spartan Ultra, Suunto includes a compass, and barometric pressure sensor inside of the case. Overall sensor performance appears to be excellent, which is not something I can say for many smartwatches I’ve worn. Suunto is always on their game here. 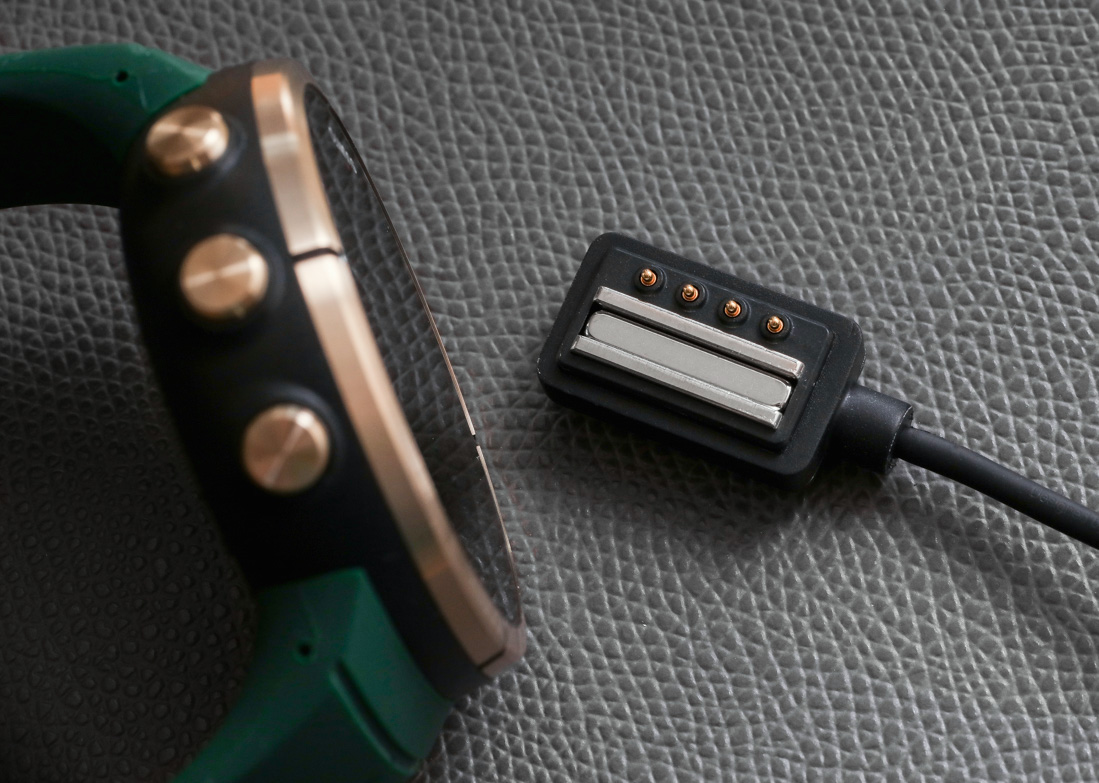 I do however have to take issue with Suunto’s choice of battery charging system – even though I’ve seen worse. Unfortunately, the Spartan Ultra was designed to have a magnetic charger which attaches to the back of the case. I much prefer clip-style charges which ensure the watch and charger do not get accidentally separated. I will however say that in the scheme of magnetic chargers, the magnet Suunto used is rather powerful. Though not powerful enough that I would feel comfortable attaching the watch to an external battery, throwing it in a bag, and then walking around while waiting for it to charge. More so, because the Spartan Ultra is not an all-purpose lifestyle watch, many owners will likely have a dress or office watch that could very well be mechanical. The reason I mention this is because mechanical watches and magnets typically do not mix well. So a Suunto Spartan Ultra owner with a charging cable and mechanical watch in the same bag could be putting their mechanical watch in danger of being magnetized (which requires service). 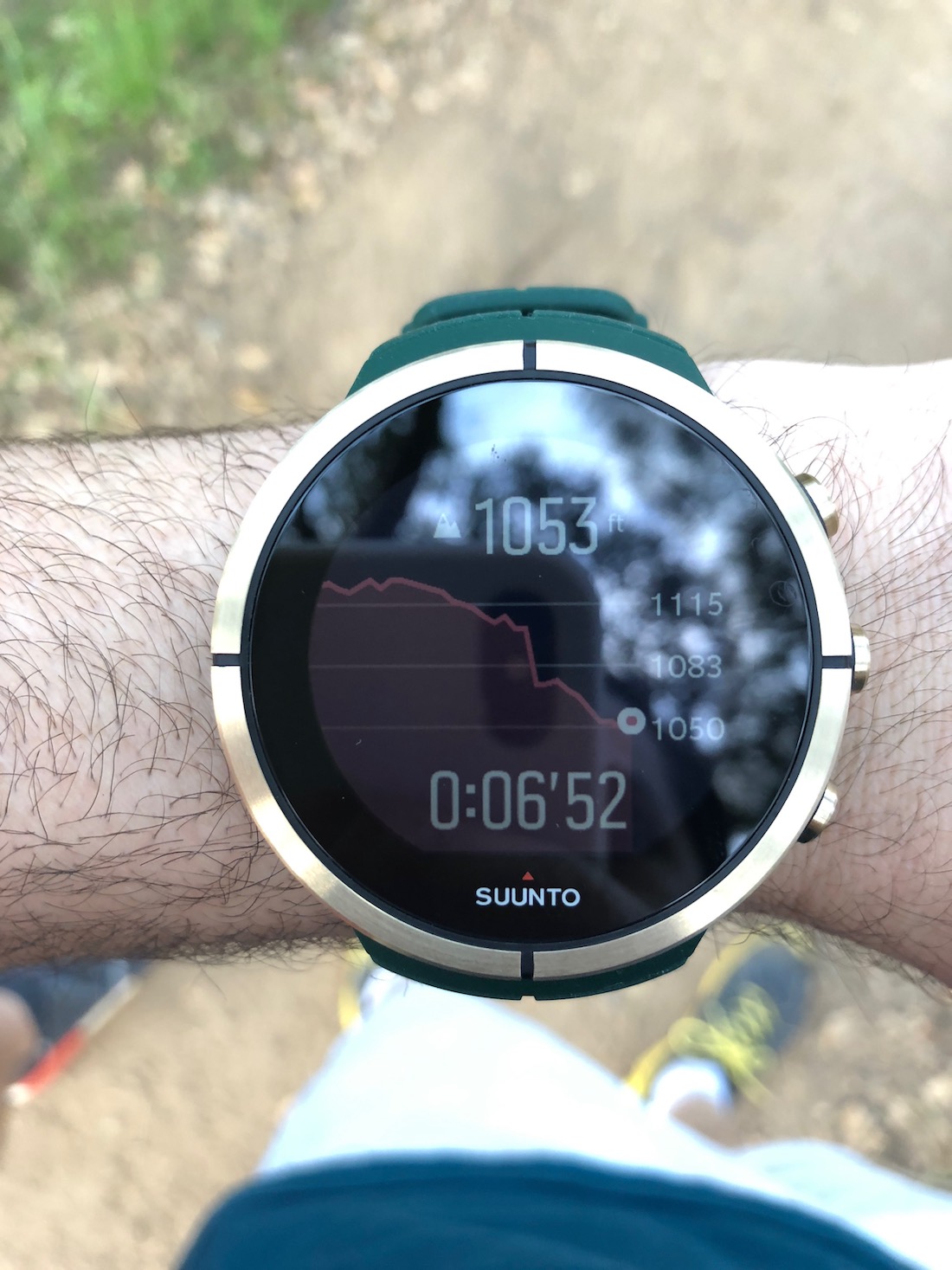 Performance During a Two-Hour Hike & Software

After realizing how robust the GPS tracking system in the Suunto Spartan Ultra is, I felt a bit bad for taking it on a very civilized hiking trail that I was familiar with. This watch includes a very accurate and seemingly reliable system for using its GPS sensor to track your journey, save precise way points, and help you find your way back. Though you can’t strictly us the Spartan Ultra as a mapping watch since it doesn’t have map data included. On this hike in the Hollywood Hills near where I live in Los Angeles, I would be able to specifically measure not only the GPS tracking, but also the Suunto Spartan Ultra’s ability for tracking elevation as well as descent. 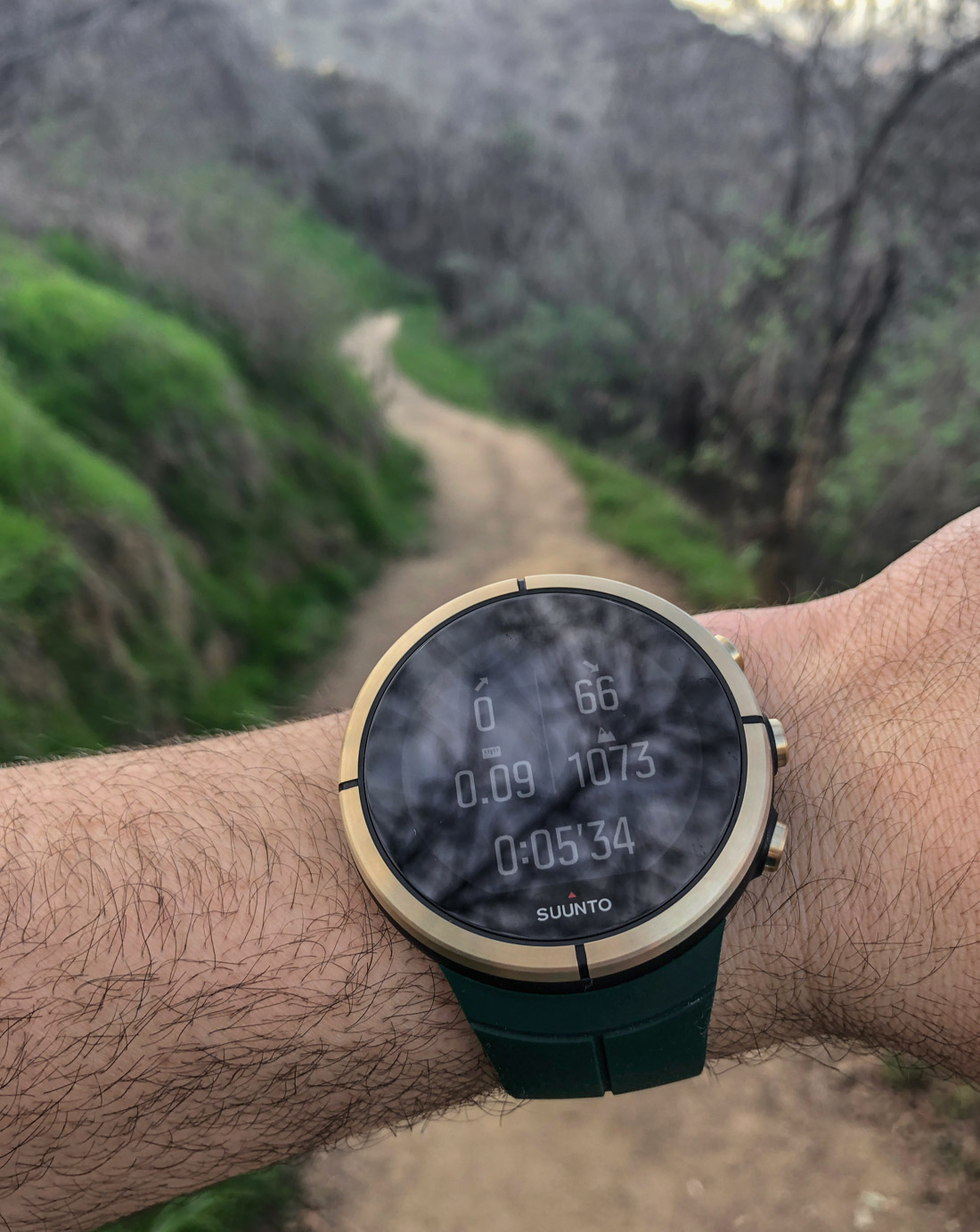 What really irritates me is that I need to learn the new habit of telling my fitness smartwatch when I begin and finish a workout. On numerous occasions (including this hike) I find myself 5-10 minutes into it before realizing that I’ve forgotten to put the watch into tracking mode, and give it a hint as to what I am doing. Unfortunately, I sympathize with smartwatch makers that there aren’t any better solutions to this issue because they simply aren’t smart enough yet to know our intentions. I do propose a few future solutions, however. One is that using GPS functionality, the watch will begin to learn common places where you begin working out. For example, if you wear a fitness smartwatch to the gym, perhaps the watch can learn that when your body enters that particular location, there is a good chance you are going to start tracking exercising. With this information perhaps it can get your attention five minutes after you park and ask you whether or not you want to enter exercise mode. Something similar could happen once you enter a trailhead you frequent. 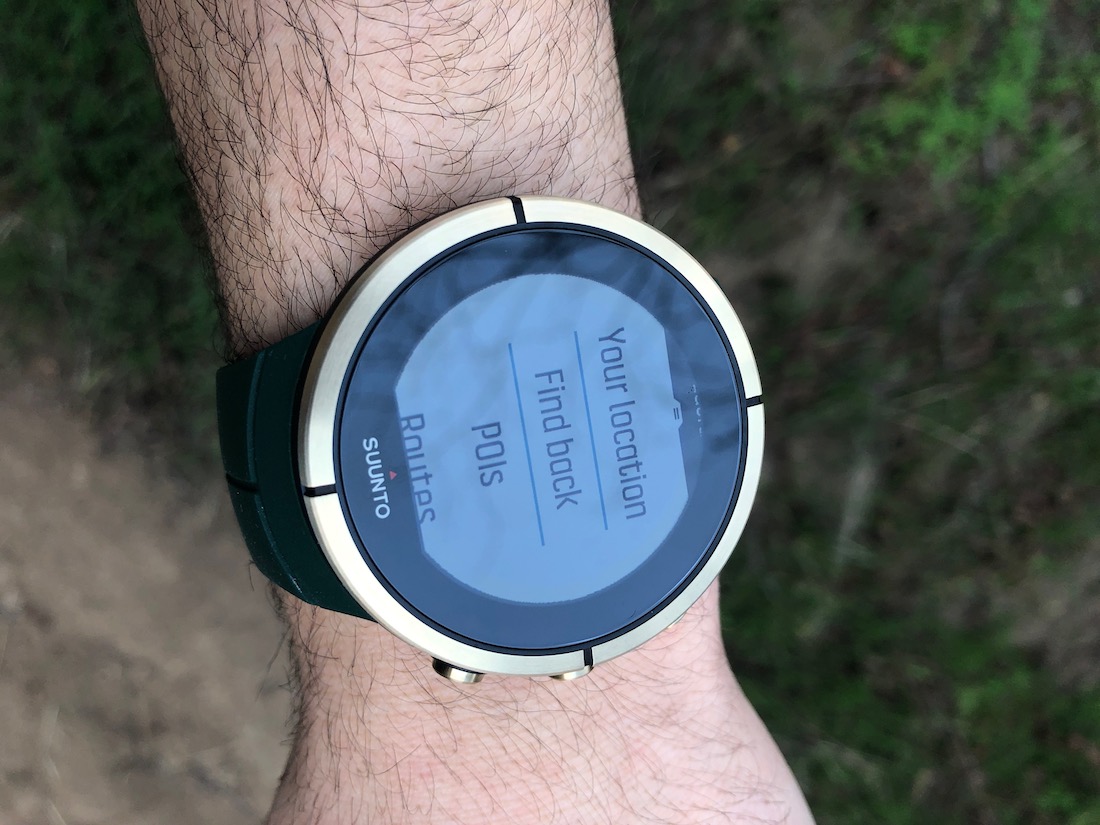 So after activating “hiking” mode while I already started to climb, the Suunto Spartan Ultra began to track the time and presumably the activity of my hike. I immediately noticed that none of the default screens indicated the time. In order to see the time I learned I could tap the screen. I just didn’t understand why Suunto’s software developers didn’t feel that most people would want to know the current time during a workout or adventure. I get the whole “need to escape” and all, but most of us still can’t afford to escape knowing what time it is for hours on end.

I really appreciated how comfortable the Spartan Ultra watch was once I started to sweat. It feels like it weighs nothing and the chunky strap keeps it snug on the wrist. If you’ve ever been uncomfortable while wearing a watch when doing something active, you’ll know exactly why I mention this. The default screen showed me data that I could tell was meant for hikers, including information about my ascent and descent. Though it would have been nice to know things like sundown times and local weather conditions. Very prominent on the screen was my workout time, which I felt didn’t need to be so emphasized since most people I know who hike don’t do it as a timed activity. 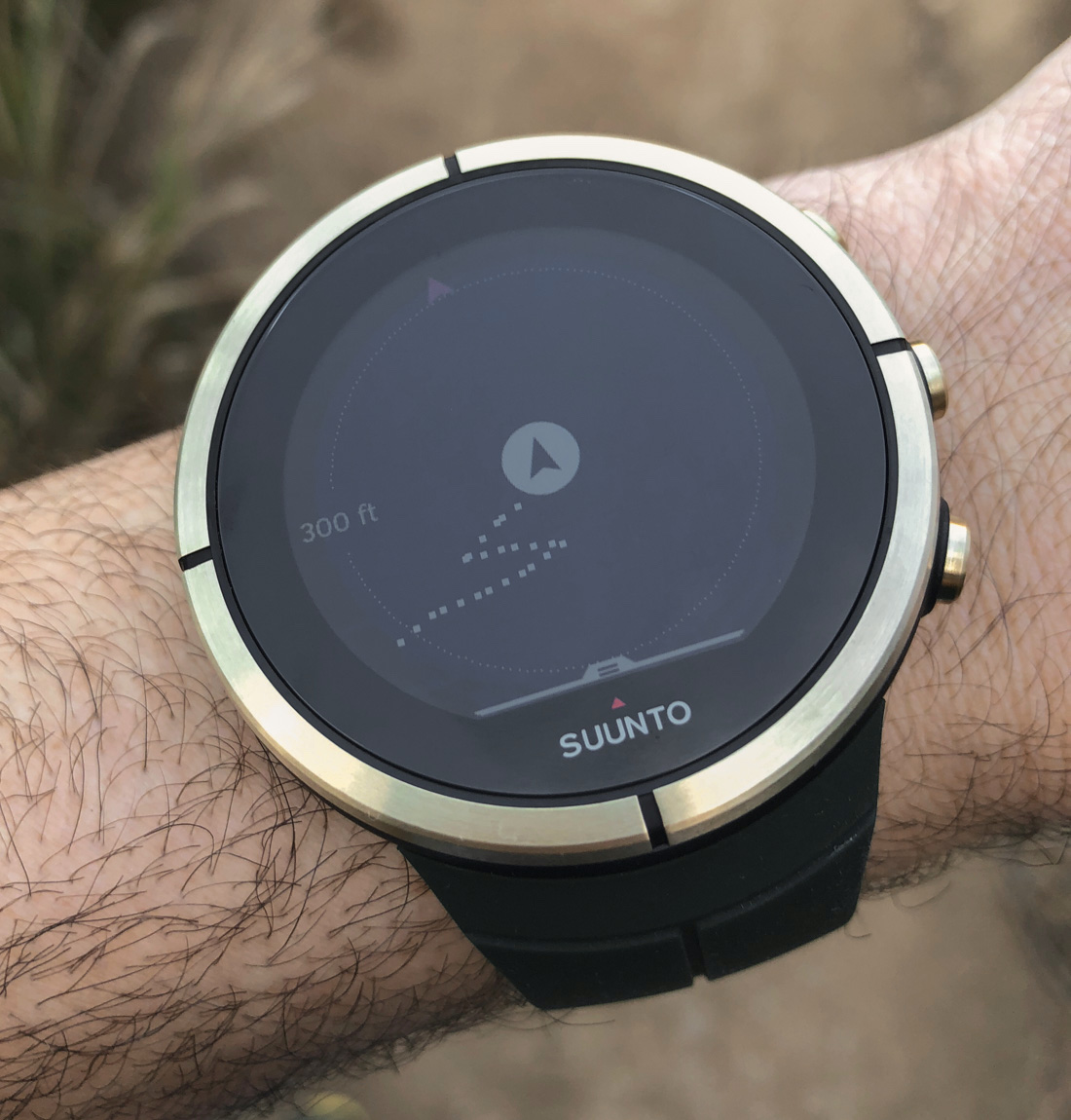 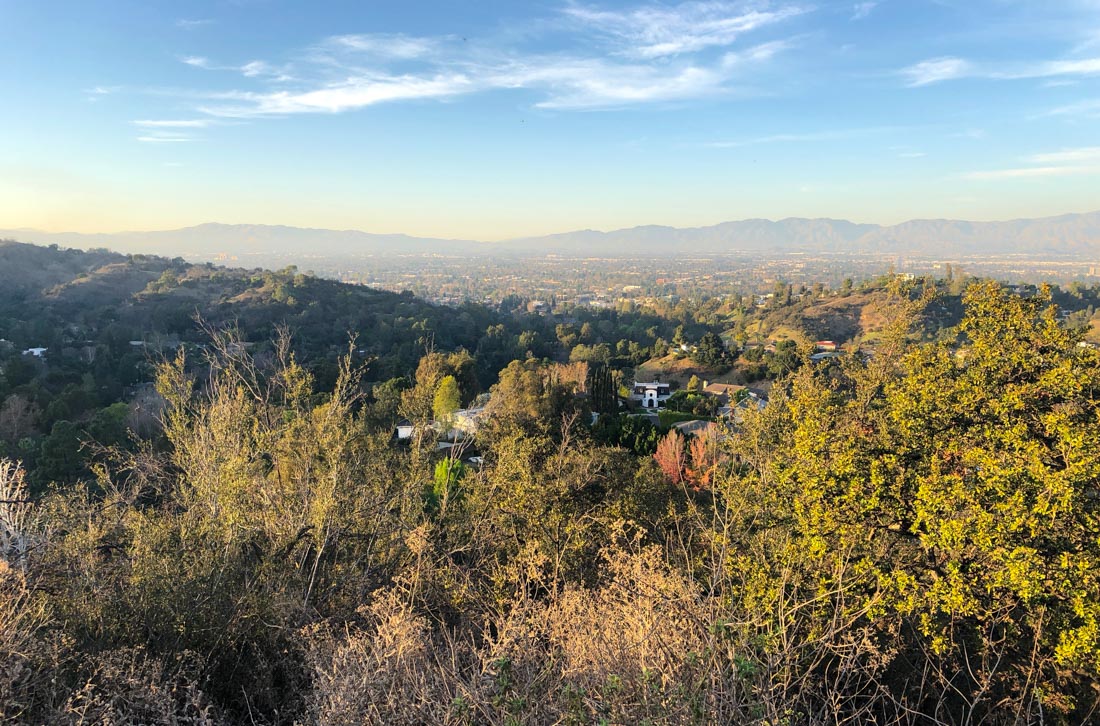 Moving from the default information screen I could also view a graph of my track walking up and down in altitude, as well as another navigational screen with a breadcrumb trail of my path. I found the navigation screen to be the most interesting because I could save way points, view the trail I made, and also use a “wayback” tool. Though I have to admit I found this latter tool difficult to use and probably need a bit more experience seeing how to make it work best. If I was going to find my way back to where I started, the Spartan Ultra’s software has two levels of zoom and a pretty easy way to help you retrace your steps. I’ve not had to use this in any emergency situation, but it does appear as though if you get lost, this tool could very easily allow you to retrace your steps and get back to your starting position (eventually).

As I used the Spartan Ultra more I could tell that its primary value was for well-seasoned outdoors experts who were used to learning how to use new gear, and then making the most of it. The Spartan Ultra isn’t unapproachable for beginners, but is probably best handled by someone who understands how to use GPS devices and fancy fitness tracking devices. That is probably one of the reasons that Suunto is able sell them at close to $1,000 – because buyers are specifically seeking a very precise tracking tool for their exercise needs and are willing to pay a premium for a very refined (albeit purpose-built) device.