Federal Councillor and Head of the Federal Department of Economic Affairs of Switzerland with the Chinese Minister of Commerce. Image Credit: AFP

Several days ago something of great importance to the global luxury watch industry happened in Beijing. On July 6th, 2013 Switzerland and China signed a bilateral free-trade agreement. A historic move, it is the first agreement of its type between China and a European country, and the deal was motivated on the Swiss side by the interests of the watch industry. While potentially good for the Swiss watch industry, the move will likely have devastating effects on the global watch retail market over the next few years.

China is the single largest importer of Swiss goods next to the European Union and the United States of America. Estimates put the trade value of bilateral trade between Switzerland and China at over $26 billion. About 32% of that is Swiss watches. Chinese consumers have a great fondness for European luxury goods, including, to a large degree, watches. China is estimated to be the world’s most important market for Swiss watches. Second is the United States. However, prior to the agreement, it was very expensive for Chinese consumers to purchase foreign watches in China due to import tariffs and other taxes. This helped fuel a huge “shopping tourism” culture whereby Chinese tourists would travel to places such as the United States, Europe, and other places where luxury goods such as watches could be purchased at prices far lower than they could find on mainland China.

Before this agreement, China levied heavy taxes on both watches and what they considered to be luxury watches. My understanding is that watches imported into China had an 11% tax, and “luxury” watches valued at over 1,500 Swiss Francs were taxed at 20%. The free-trade agreement terms will not completely reduce duties on all goods that move from China to Switzerland and vice-versa, but the idea is to dramatically reduce duties in order to encourage trade between the nations. The terms of the new agreement are said to reduce watch-related taxes in China by about 60% over a 10 year period. The net effect is that Swiss watches inside of China will begin to become less and less expensive, not only encouraging domestic consumption of Swiss watches inside of China, but also offering less reasons for Chinese tourists to travel outside of China to purchase timepieces.

China has been a strong growth market for Swiss watches, with some high-end brands reportedly relying almost solely on Asia for their income. Though, slowed growth, high levels of inventory, and regulations against government luxury spending (which I discussed here on Forbes) in China have stifled the luxury watch retail market. Switzerland hopes that the free-trade agreement will help bring back some of the steam in the Chinese consumption engine.

What you are seeing is a country’s government working to help just a handful of companies. It is actually a very Chinese move by Switzerland from a political perspective. It is also a sign of just how powerful large conglomerates such as the Swatch Group are when it comes to how the entire country operates. Though other industries such as machine makers, medical, and other technology producers in Switzerland will benefit from the agreement. 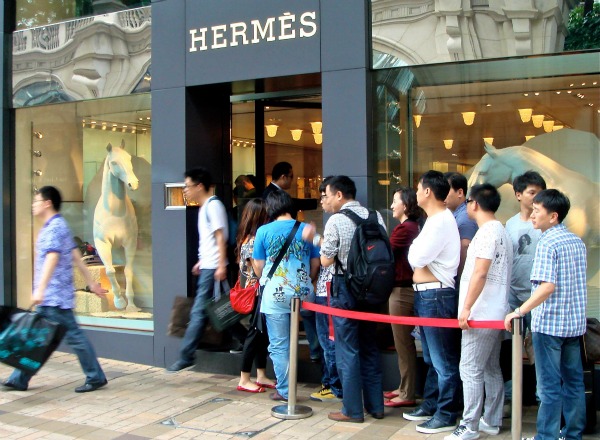 China will of course have new unfettered access to Switzerland, which like some other European countries is traditionally protectionist in terms of advancing the interests of local manufacturers. Not only will local Swiss companies have increased competition of now less expensive Chinese products, but with pressure to sell more in China, Swiss companies will have to be increasingly protective of their intellectual property. China for example will have no duties places on shoes and textiles they export to Switzerland.

Going back to the watch industry, I predict that a huge net effect of lower-priced Swiss watches in China will be a vast reduction in business of watch retailers all over the world that rely to a large degree on Chinese tourists. This also includes many watch retailers within Switzerland that are said to solely survive on the purchasing power of Chinese tourists who actually embark on organized “watch buying vacations” to Switzerland. Chinese tourism is said to revolve around shopping much more heavily than the habits of tourists from other nations. If luxury goods become more affordable in China, less people will travel outside of the country in order to purchase those and other items.

The effect of less Chinese people traveling will have a huge global impact, especially in places such as the United States and Europe whose luxury shopping centers are said to heavily serve the needs of Chinese tourists. Often much more so than those of other tourists and local consumers. Available information claims that Chinese tourists spent about $102 billion dollars last year alone. The decision to enter into a free-trade agreement with China was likely a difficult decision for Switzerland, which is known to require a great deal of political consensus when passing such measures. The watch industry is clearly fearful of what will happen if exports to China continue to fall. It also means that other developing markets such as India, Brazil, and Malaysia aren’t quite ready yet to take over as the new growth markets ripe for luxury consumption.

What do you think about Switzerland’s choice to enter in a free-trade agreement with China? Was this decision motivated by the interests of a few watch industry stakeholders or will this benefit the country overall? How will this effect Chinese luxury consumption and tourism? And how will this affect US and European watch retailers who rely on tourist purchases?