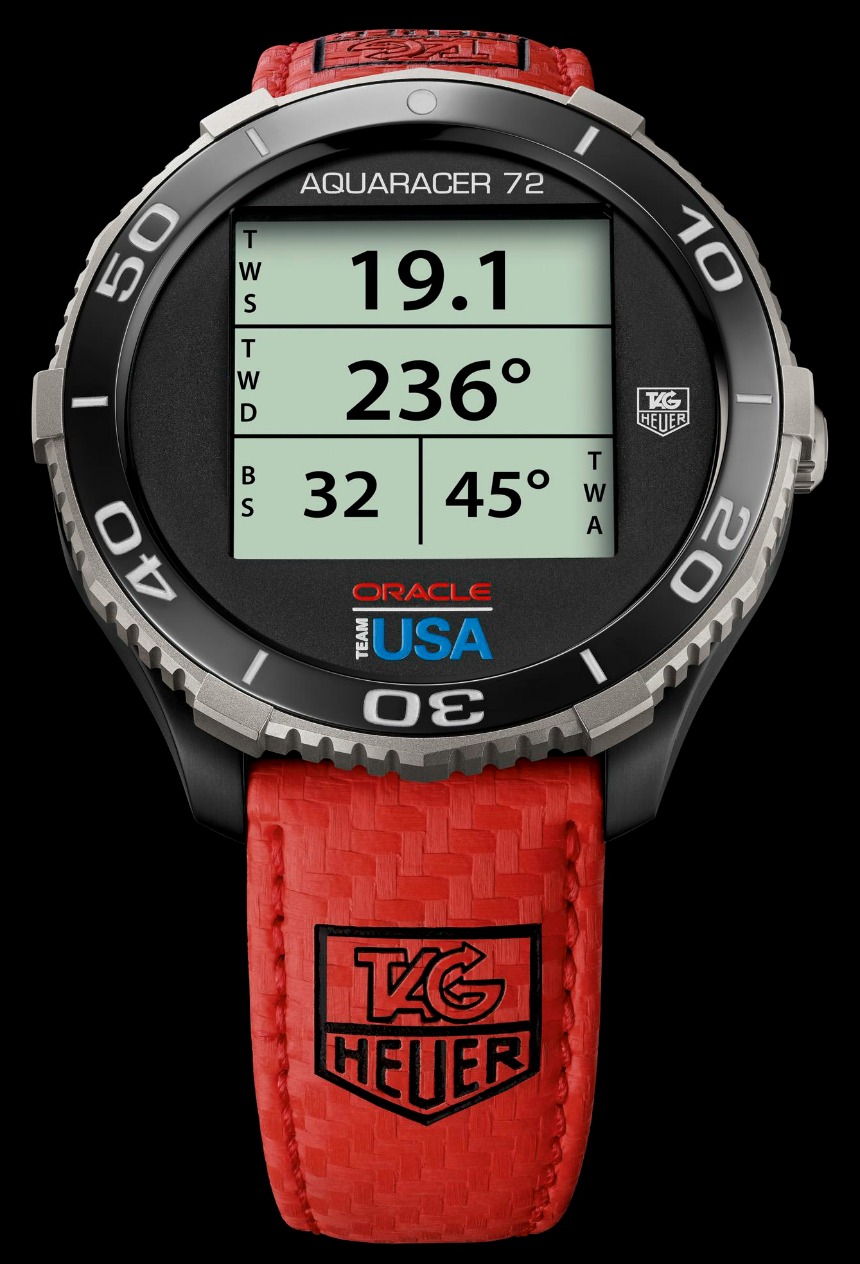 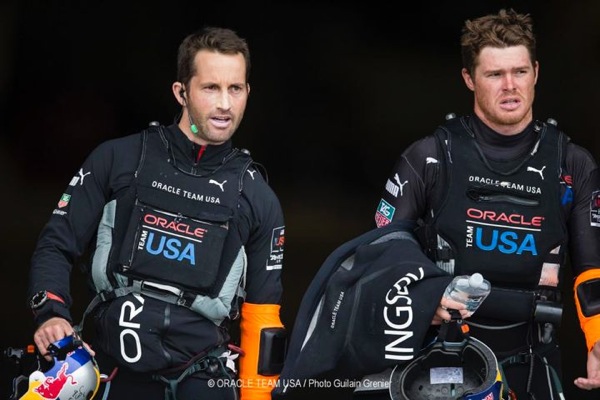 Serious gear, in other words, and seriously cool stuff to boot. 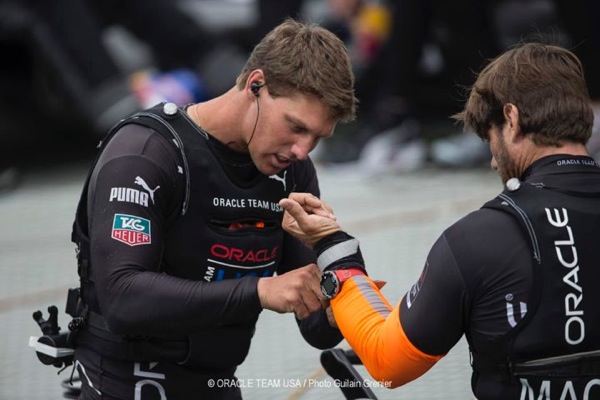 For the smartwatch, TAG Heuer came up with a 51mm titanium case, sapphire crystal, and bezel with a ceramic insert (I don’t think the bezel rotates, and if it does I am not sure what purpose that would serve on this piece). The watch strap has a hydrophobic coating, TAG branding, and composite material that I hope they resell elsewhere. At 108 grams, the Aquaracer 52 is splash resistant and shock resistant up to 5,000Gs. The watch is actually an Android device, presumably due to the open and configurable nature of the operating system. So again we have another Android powered smartwatch.

If, like me, you’ve written Android code, you’ll intuit that this is a recipe for short battery life, especially since they used WiFi Direct for the lowest possible latency. Since they’re only out on the water a few hours, it works here, but anything consumer-oriented would have to change the design. 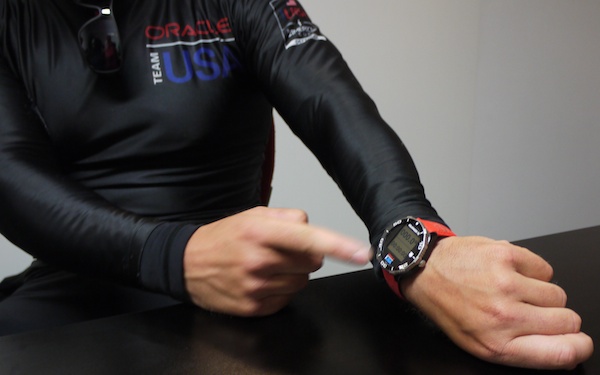 Gilberto Nobili and the Aquaracer 72 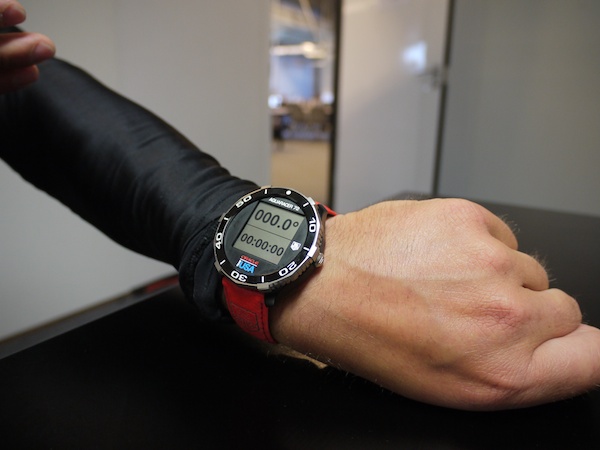 Gilberto Nobili and the Aquaracer 72Each

Each crew member gets a custom software build, setup for the data fields they need. 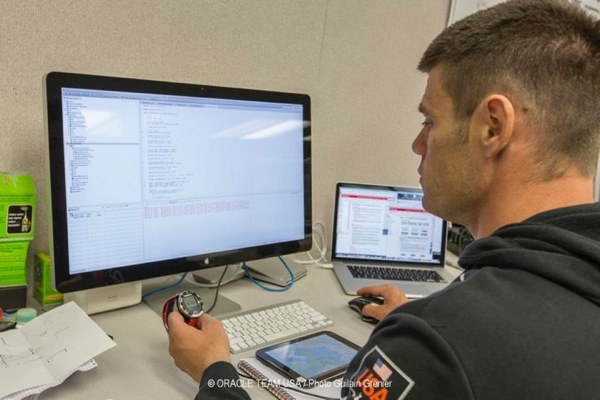 Coding for the Aquaracer 72

This is the first time I’ve seen a smartwatch that was essential. It’s hard to imagine a better way of getting each sailor those numbers they need, on a pitching deck with rigging, water and gear everywhere. It has that rare air of a watch created to solve a problem, and that makes it awesome indeed.

In discussions with TAG Heuer, they revealed that they are exploring whether it’d make sense to create a consumer version for competitive sailors or perhaps other spinoffs. I hope so, it’s encouraging to see this leap forward in usefulness and style. 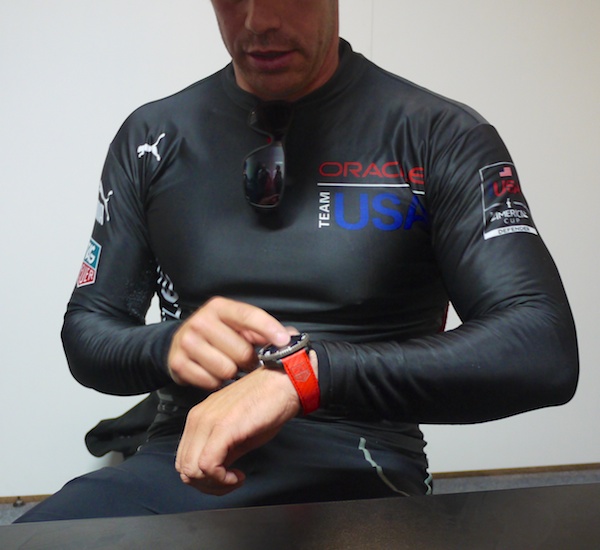 Gilberto Nobili and the Aquaracer 72

Mechanical watches are here to stay, but in the Aquaracer 72 smartwatch I also see a glimpse of the future, and I like what I see. TAG Heuer again proves that they are taking an active and useful role when it comes to improving the world’s most sophisticated sporting activities. With an equal focus on tradition with mechanical watches we love, and high-tech watches with a modern design that we crave, brands like TAG Heuer are helping to keep us passionate about watches for a long time to come. As we mentioned, the Aquaracer 72 is not going to be available for commercial purchase and only 50 have been produced. We will see what comes next in this department. tagheuer.com