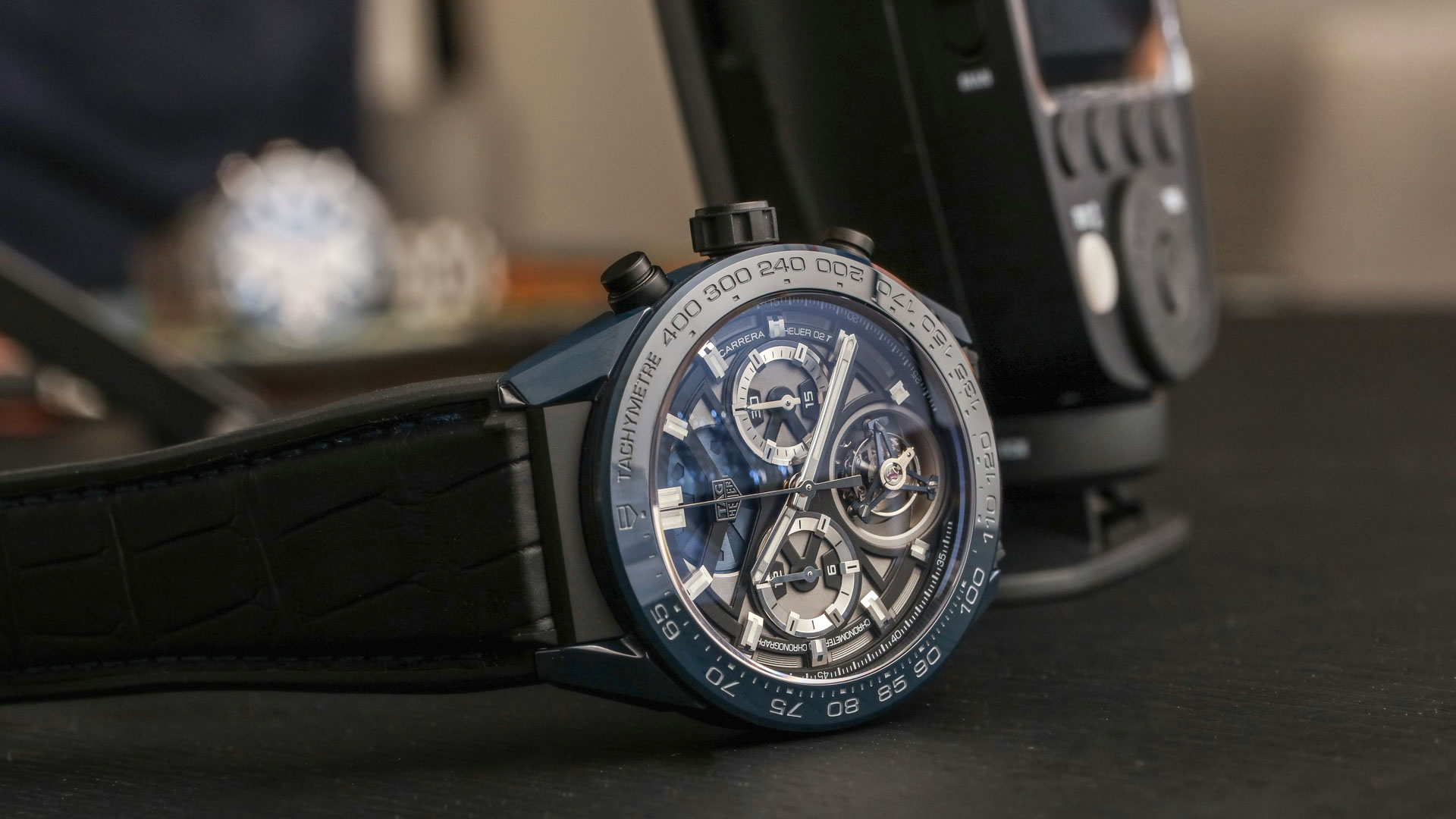 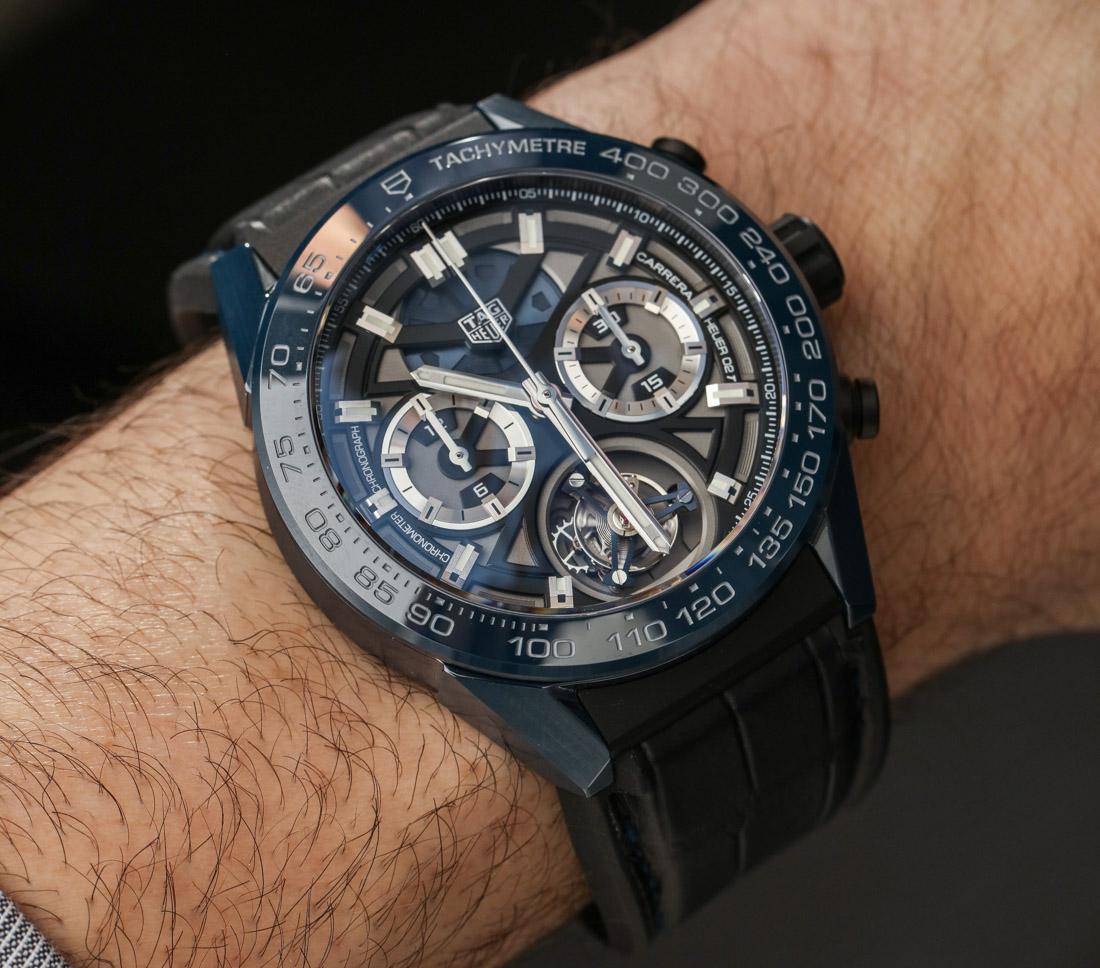 Swiss watchmaker TAG Heuer has been redefining its signature look in recent years. The company’s CEO Jean-Claude Biver has an illustrious history of resurrecting and modernizing old watchmakers, starting with Blancpain, then Omega, and most recently Hublot. The bulky, avant-garde looks of Hublot are certainly starting to filter down to TAG Heuer under his leadership, especially in the Carrera collection which is celebrating its 55th anniversary this year. The brand’s latest pinnacle creation, the TAG Heuer Carrera ‘Tête de Vipère’ Chronograph Tourbillon Chronometer exemplifies this new style, and features a rare “Viper’s Head” chronometer certification from the Besançon Observatory in eastern France. 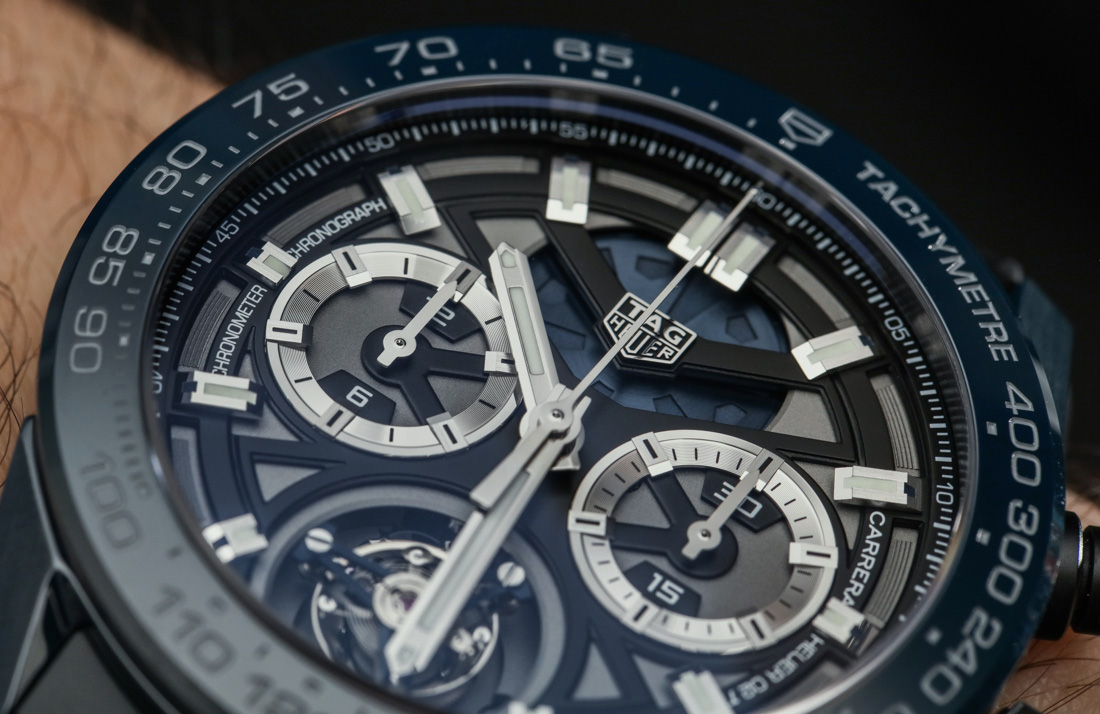 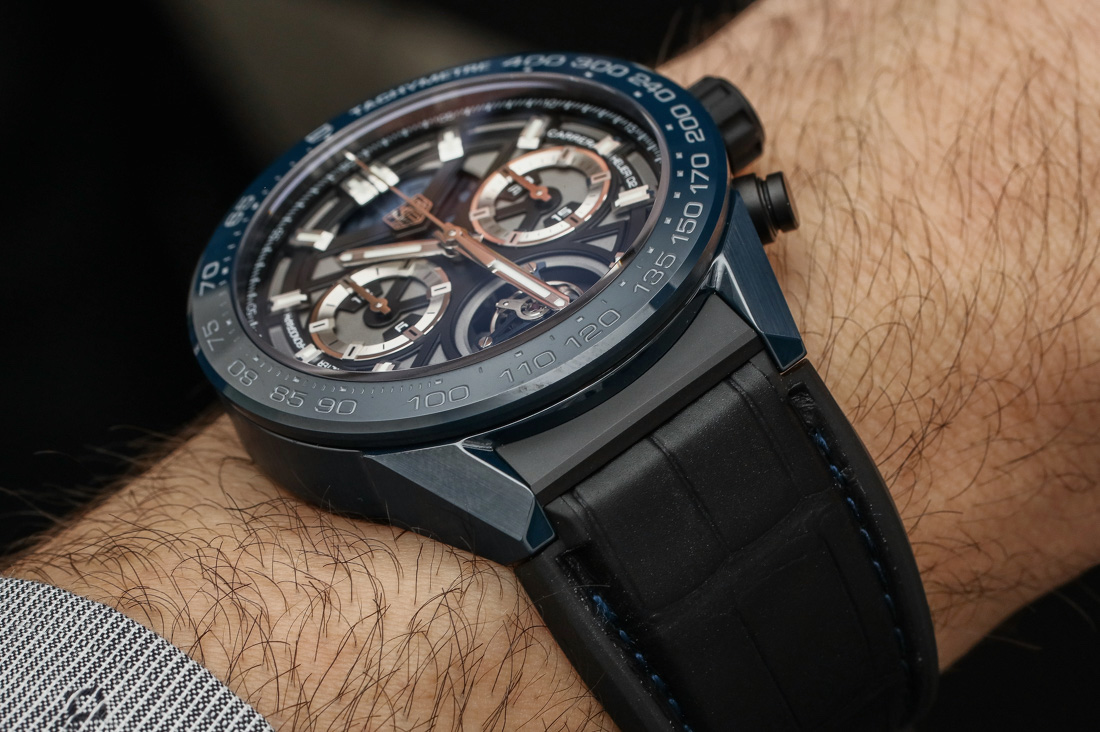 When we think of chronometer certification, the first and most obvious institution that comes to mind is the Contrôle Officiel Suisse des Chronomètres (COSC) in Switzerland. But chronometer testing isn’t limited to COSC; other institutions such as the King’s Observatory (formerly known as the Kew Observatory) in London and the Glashütte Observatory in Germany can also issue chronometer certificates for watch movements that pass a series of accuracy tests. The Besançon Observatory in France is perhaps the most exclusive and least commonplace of the chronometer testing bodies, due in large part to the scarcity of watches which have been stamped with the “Tête de Vipère” or Viper’s Head, the emblem of the city of Besançon. According to TAG Heuer, only 500 watches have received this certification since 2006. 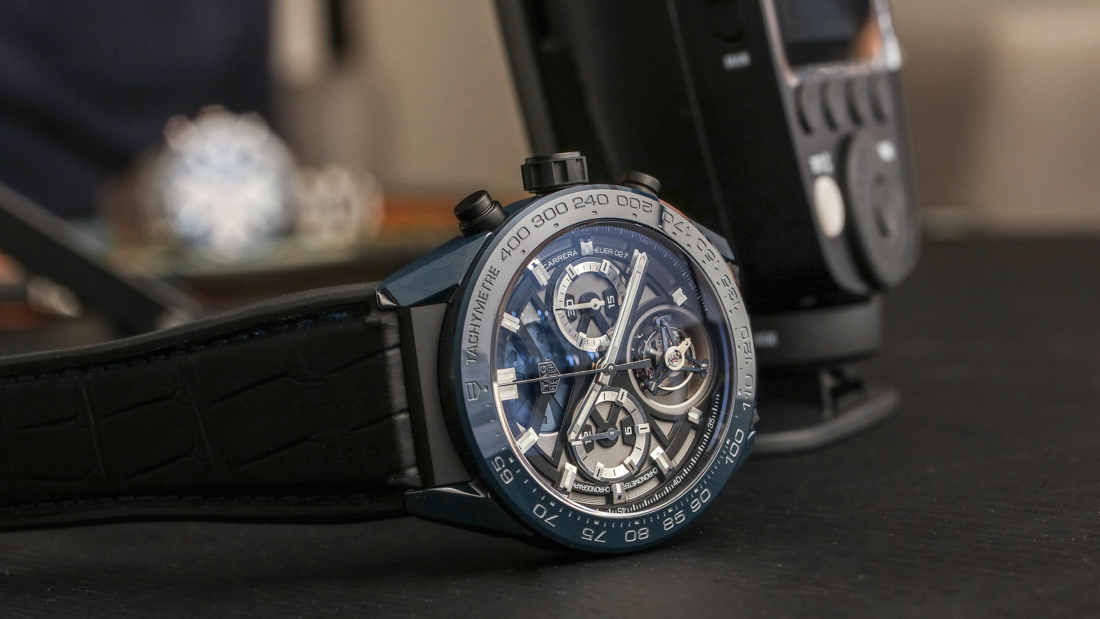 Rarity aside, the “Tête de Vipère” certification is otherwise very similar to COSC chronometer testing; watches are tested for 16 days, in 5 positions and at 3 different temperatures, and must achieve an average daily rate between -4 and +6 seconds to qualify as a chronometer. Unlike COSC, the Besançon Observatory tests the cased-up watch rather than an uncased movement, to provide a truer indication of wrist performance. The decision to have the TAG Heuer Carrera ‘Tête de Vipère’ Chronograph Tourbillon Chronometer certified by the Besançon Observatory is likely no more than an attempt to increase perceived exclusivity, but the stamped Viper’s Head emblem on the movement’s bridge is nonetheless a cool element to this timepiece with an interesting story attached. This might even be a nod to the French culture of La Chaux-de-Fonds, where TAG Heuer is based; the third largest city in Switzerland located completely within the Romandie, the French-speaking part of the country. 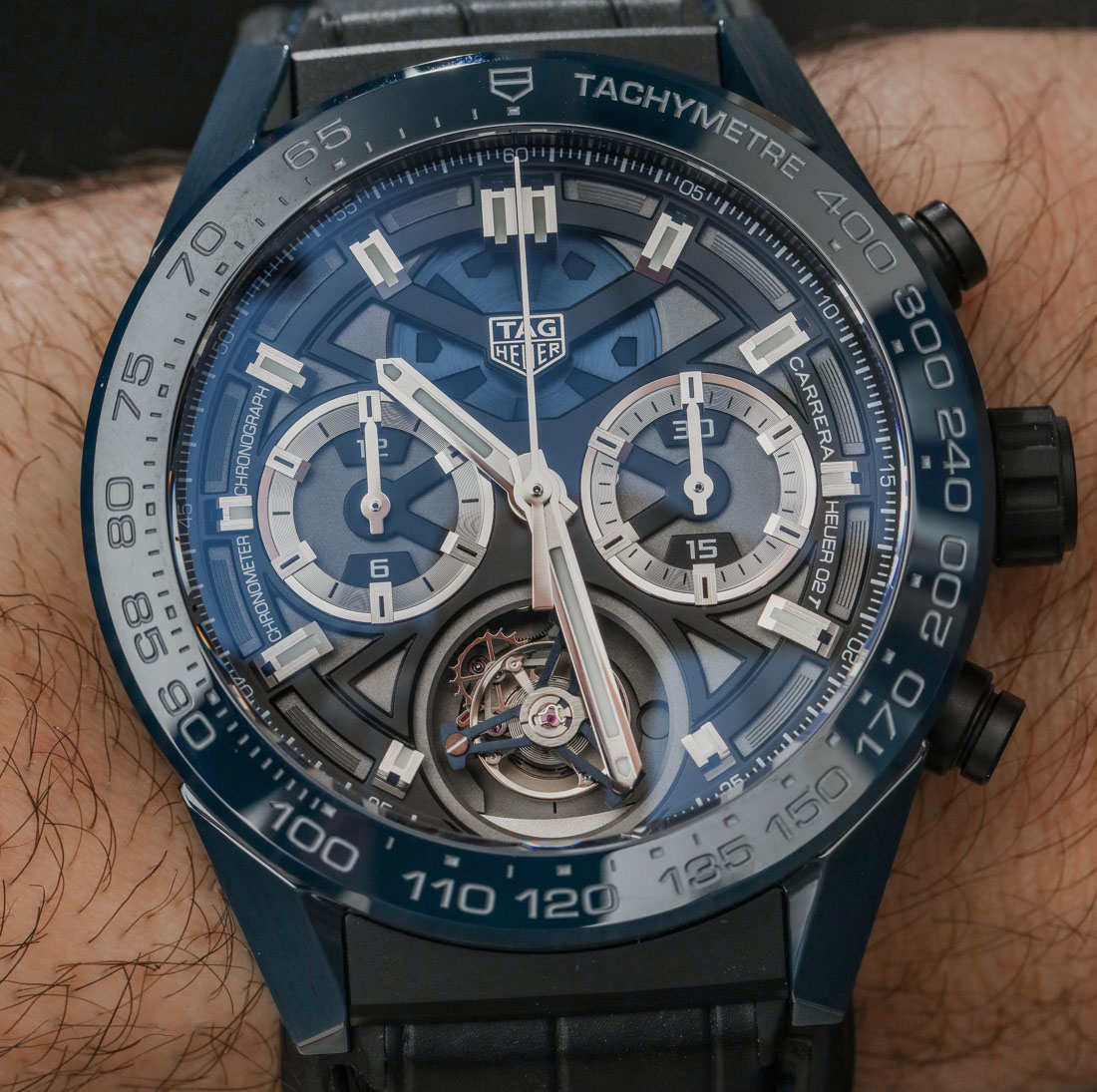 The TAG Heuer Carrera ‘Tête de Vipère’ Chronograph Tourbillon Chronometer is a large watch at 45mm, in keeping with the brand’s recent trend towards big, wrist-engulfing men’s watches. The case and bezel are made of blue ceramic, which offers superior scratch resistance to steel but is also brittle and prone to shattering if struck hard enough. The caseback, pushers, and crown are all made of stainless steel that has been PVD-coated black, to match the included matte black alligator strap which features a black rubber lining and blue contrast stitching. Water resistance is rated at a very respectable 100m, which makes this a watch that you could wear while swimming (not a claim many Swiss tourbillons can make). 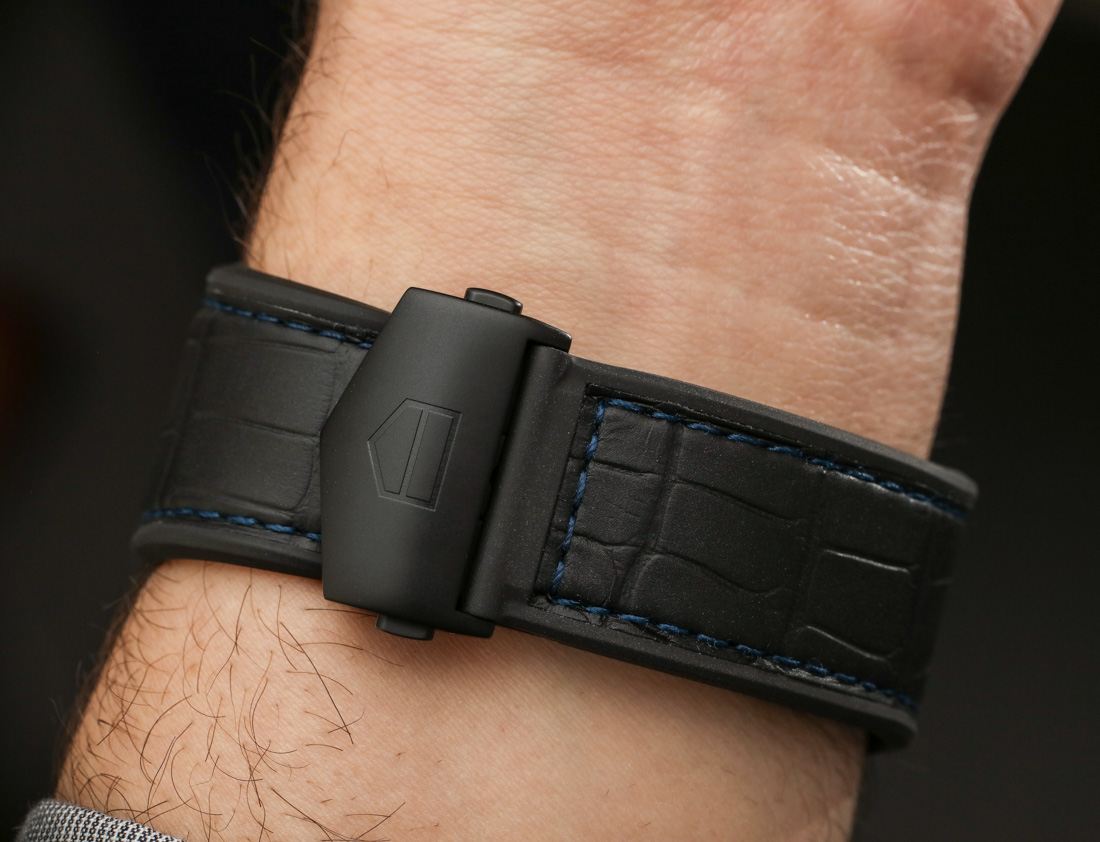 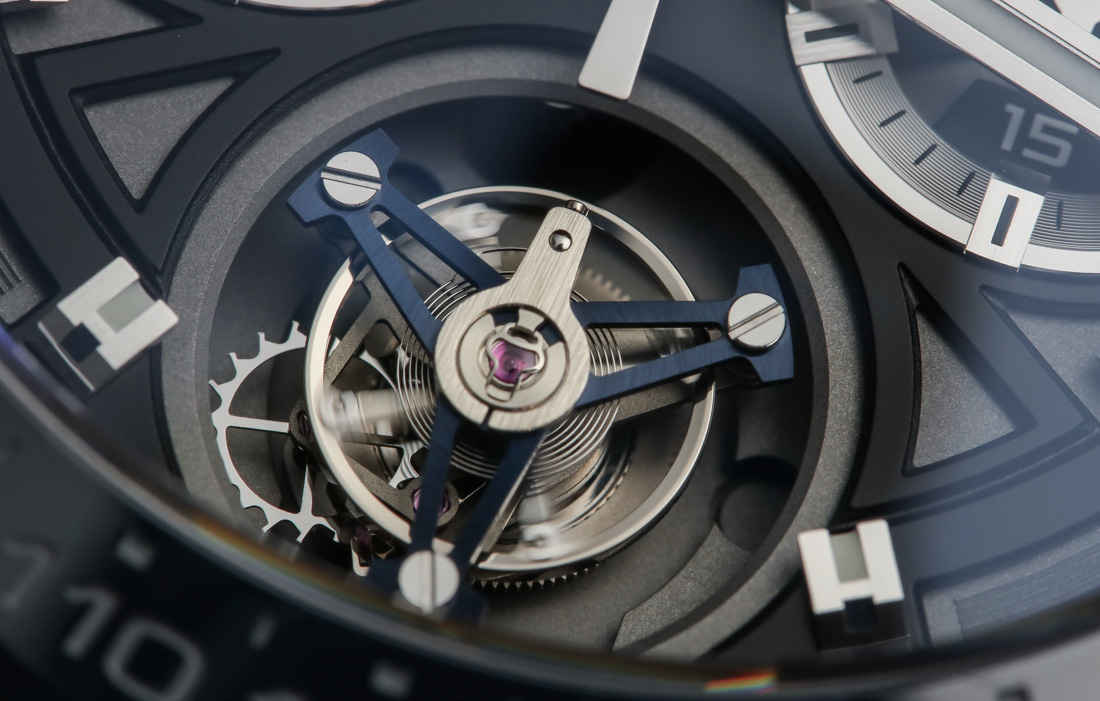 The skeletonized dial of the TAG Heuer Carrera ‘Tête de Vipère’ Chronograph Tourbillon Chronometer shows off a very geometric and balanced set of bridges, all black PVD-treated to keep the color scheme uniform. At pride of place near 6 o’clock is the exposed tourbillon, secured with blue bridges to increase visibility and draw the eye to this watch’s main feature. At 3 and 9 o’clock are the rhodium-plated chronograph counters, measuring elapsed minutes and hours respectively. The dial’s indexes and hands are likewise rhodium-plated and filled with Super-LumiNova to increase nighttime legibility. A domed and anti-reflective coated sapphire crystal covers the watch face – personally I would have preferred a flat crystal here to make this watch wear a bit smaller and fit easier under a shirt cuff. 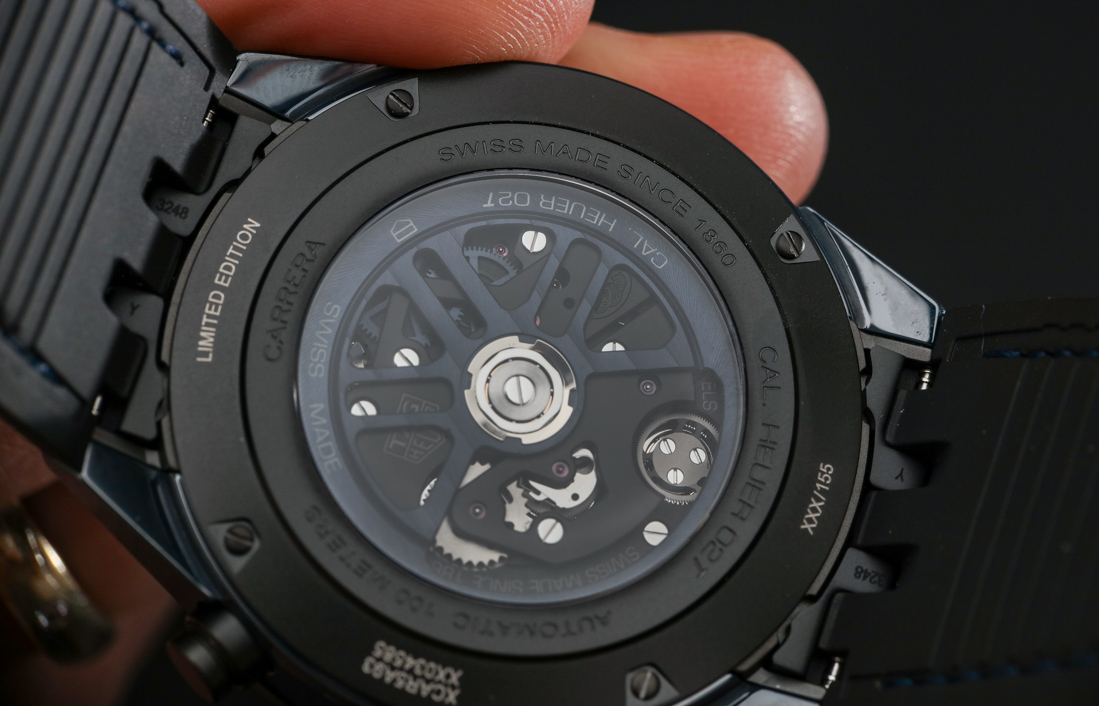 Powering the TAG Heuer Carrera ‘Tête de Vipère’ Chronograph Tourbillon Chronometer is the in-house Heuer-02T calibre, which to date is still the most affordable Swiss-made tourbillon chronograph caliber on the market (if “affordable” can in any way be used around the 15,000 CHF mark). This movement oscillates at 28,800vph (4Hz), offers a power reserve in excess of 65 hours from a single barrel, and was first released by the brand in 2016 with the TAG Heuer Carrera Heuer-02T (which we reviewed here). The sapphire caseback affords a good view of this movement, which looks modern and industrial thanks to its black-treated bridges and base plate, along with a skeletonized blue oscillating weight for the rotor. 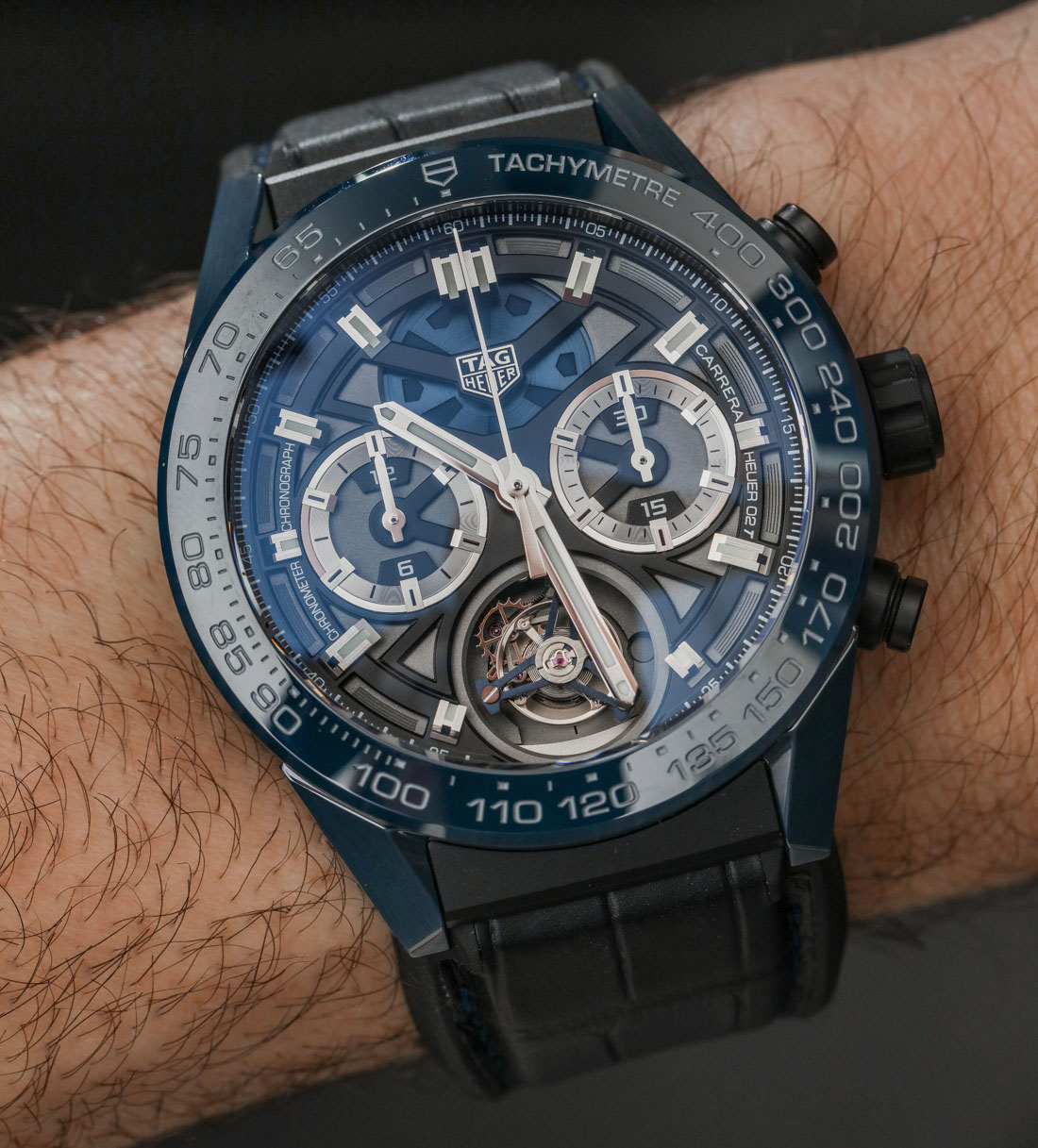