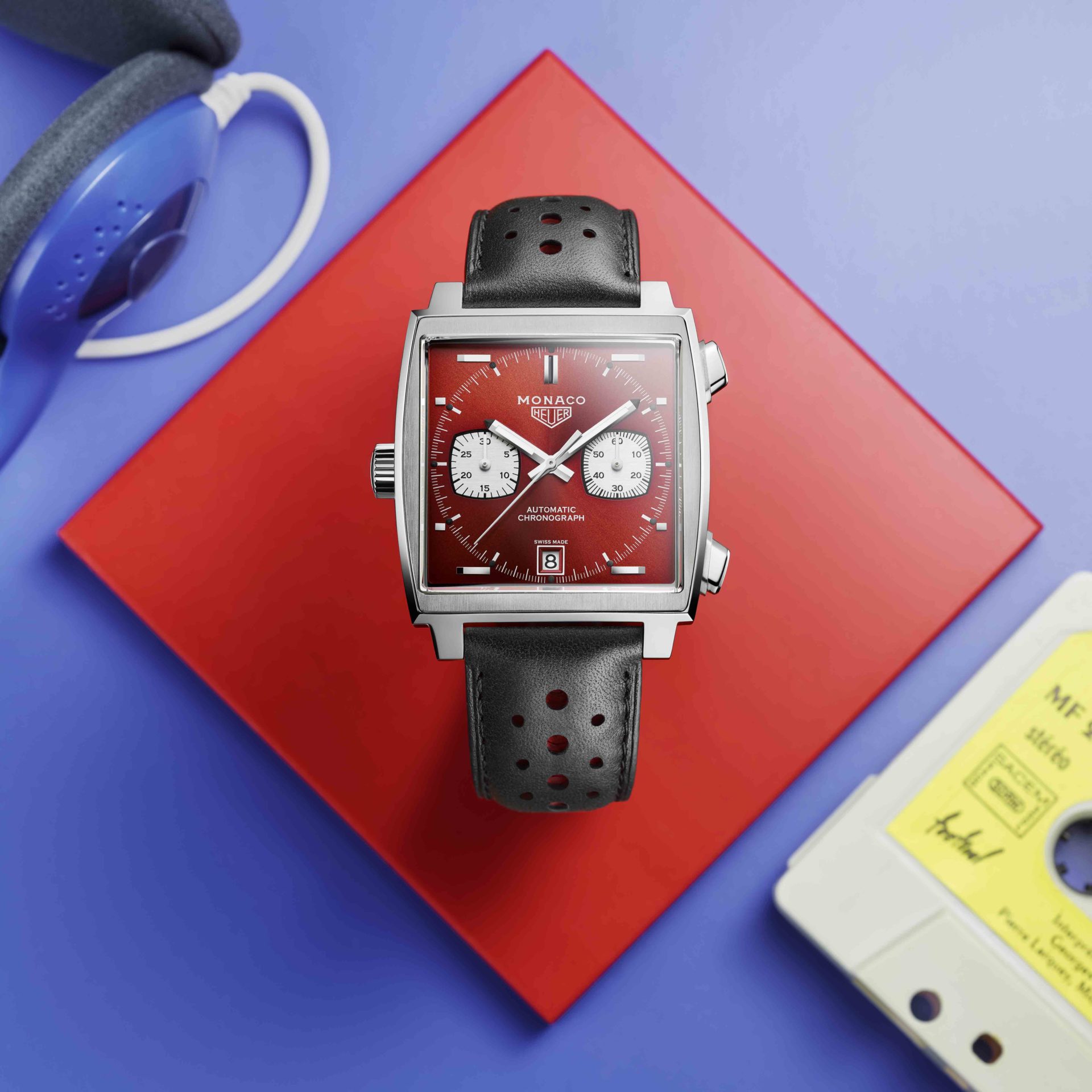 As part of the TAG Heuer Monaco 50th anniversary, the brand is rolling out a series of five limited edition pieces commemorating the iconic square-cased watch. The first limited edition was done in the spirit of the decade spanning between 1969-1979, and now we’ve gotten the second piece which is inspired by the decade between 1979-1989. Here we have the TAG Heuer Monaco 1979-1989 Limited Edition ref. CAW211W.FC6467 watch, and while I didn’t expect to see a bright red Monaco watch, it looks pretty cool in its ruby majesty. Like each of the five lines TAG Heuer is releasing, this one is also going to be done in a limited edition run of 169 pieces. This model is specifically associated with the 24 hours of Les Mans race and the now-ubiquitous 1971 film Le Mans with Steve McQueen. 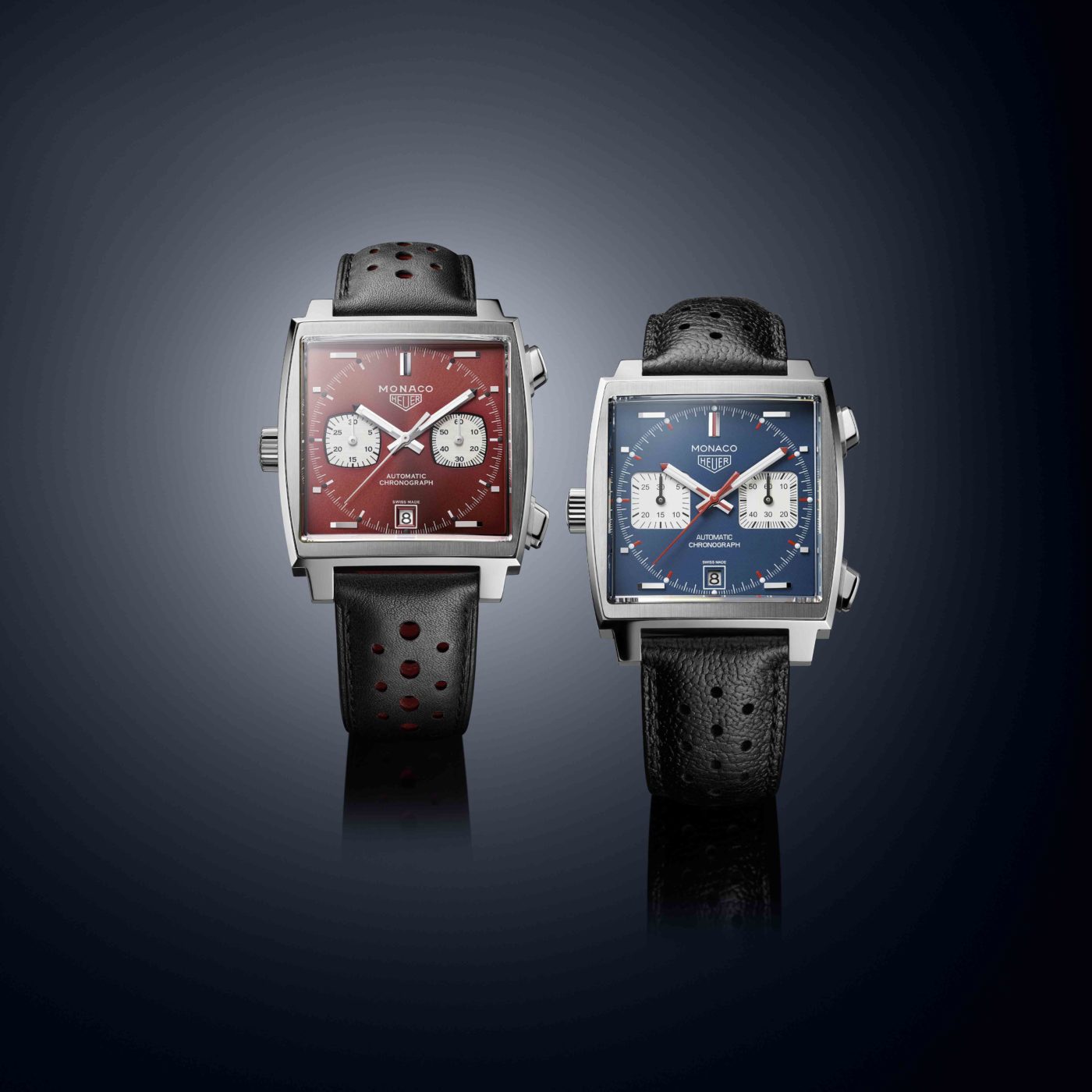 It’s not just the red dial that sets this version apart, though. The rhodium-plated chronograph sub-dials have curved edges and not the more traditional square edges seen on other Monaco watches.

Just as with the standard TAG Heuer Monaco, the watch is housed in a 39mm wide stainless steel case and runs on the Calibre 11 movement. The dial, however, is done in red with sunray pattern finishing which looks almost like a ruby-red. According to TAG Heuer, this red is intended to invoke the “speed and style” part of the Monaco’s history. I can’t argue with that. 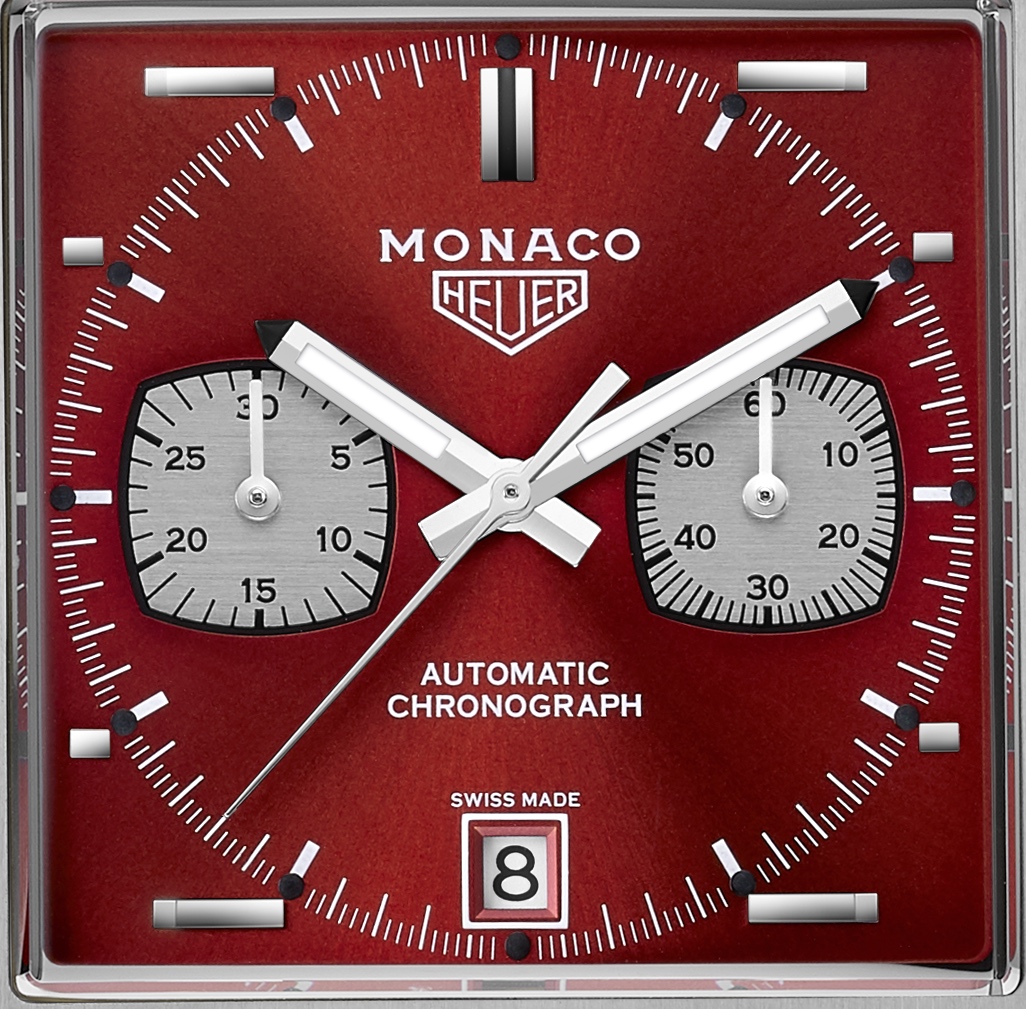 On the steel case back, is the Monaco logo and the designation of whatever number out of 169 this edition is. The back of the calfskin strap is also done in red for this version. Finally, you know TAG Heuer is going to have some special packaging for this watch. This 1979-1989 edition comes in a dark blue box with the Heuer logo and horizontal checker-pattern stripe, while the interior is done in the same red color you see on the dial.