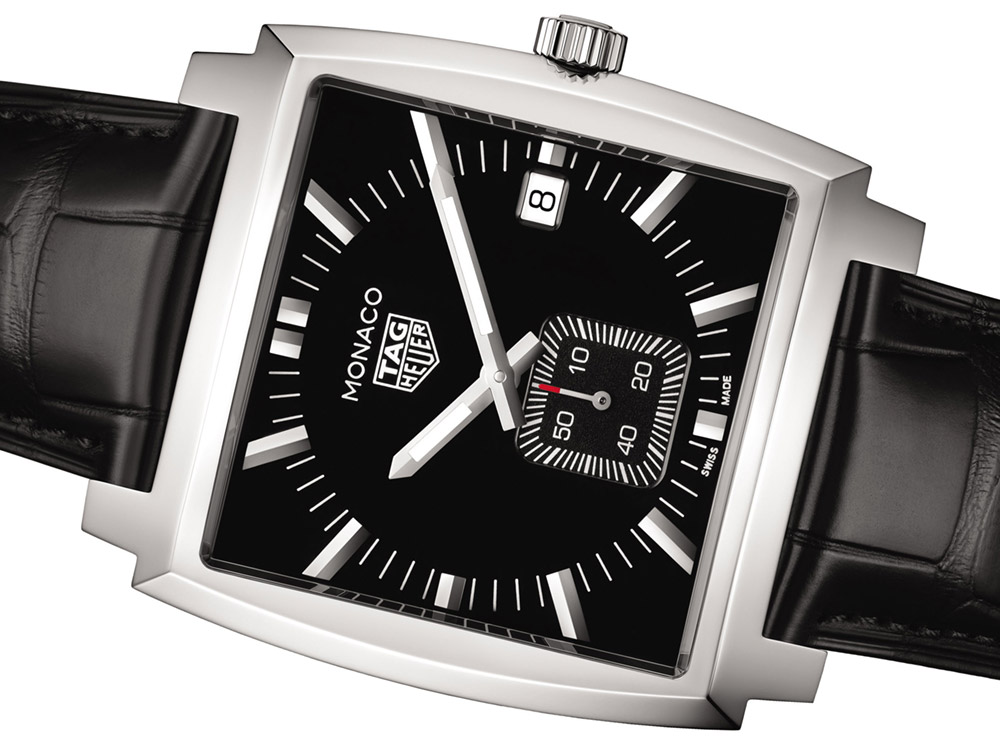 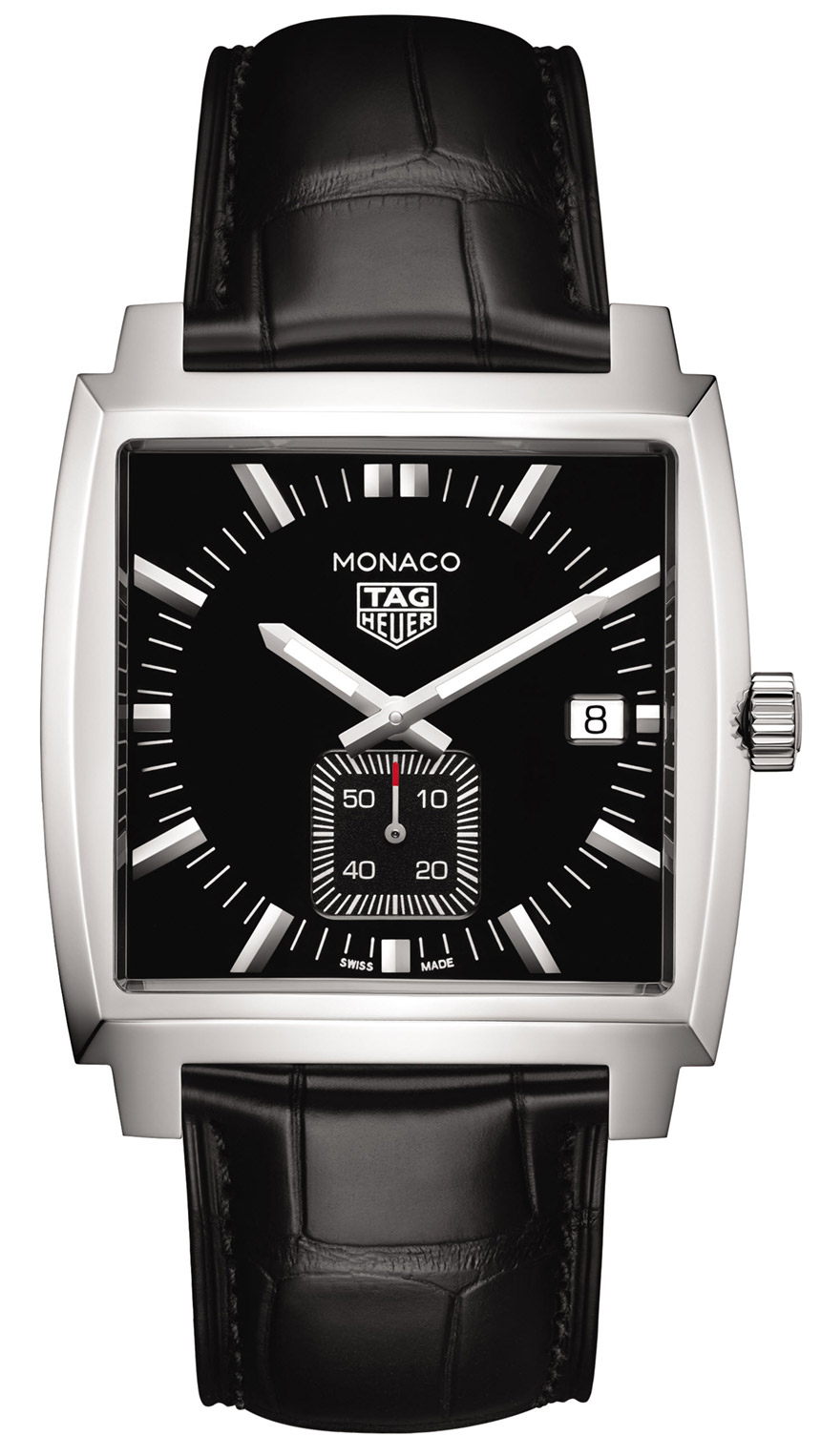 It’s hard to argue that the TAG Heuer Monaco collection isn’t at the top of the list of most recognizable watches. The seemingly endless amount of re-issues and anniversary editions can be dizzying, but has made the watch a staple even outside of the mainstream. Even if you aren’t a watch enthusiast, it would be intriguing to own a watch that Steve McQueen or Walter White wore. Unfortunately for many, that almost-$6,000 price tag was enough to make their eyes roll back into their heads – which is where TAG Heuer’s recent release will fit in. The TAG Heuer Monaco Quartz will start at $1,700 and can scratch the itch of owning a full-fledged Monaco without dipping into your child’s college-fund.

The TAG Heuer Monaco Quartz has launched in three different flavors – a brown dial with brown leather strap (inspired by the Kingsman: The Golden Circle film), a mother of pearl dial with a white strap, and the traditional black dial on a black leather strap. The polished stainless steel case measures in at 37mm, which is a bit smaller than the original Monaco 1133 which measured in at 40mm, but it’s not the first time we’ve seen this size in the Monaco collection. It’s also a well-known fact that square watches wear a bit bigger than round ones, and this, to me anyway, makes the watch more dressy. The dial itself takes some direct cues from the Monaco 2110 with the exception of the red-tipped seconds hand – a great addition, in my opinion. There is a small seconds indicator at 6 o’clock and a date window at 3 o’clock. “Monaco” and the TAG Heuer logo are printed under the 12 o’clock index.

One thing I’ve always loved about the Monaco design is its seamless and clean utilization of circles and squares together. Pulling off a uniform look with a square case is tricky, and the Monaco is a great example of doing that right. While I’m typically critical of the needless cutting of applied indices, the TAG Heuer Monaco Quartz has a fluid inclusion of them that doesn’t seem to break up the dial, or feel lazy. 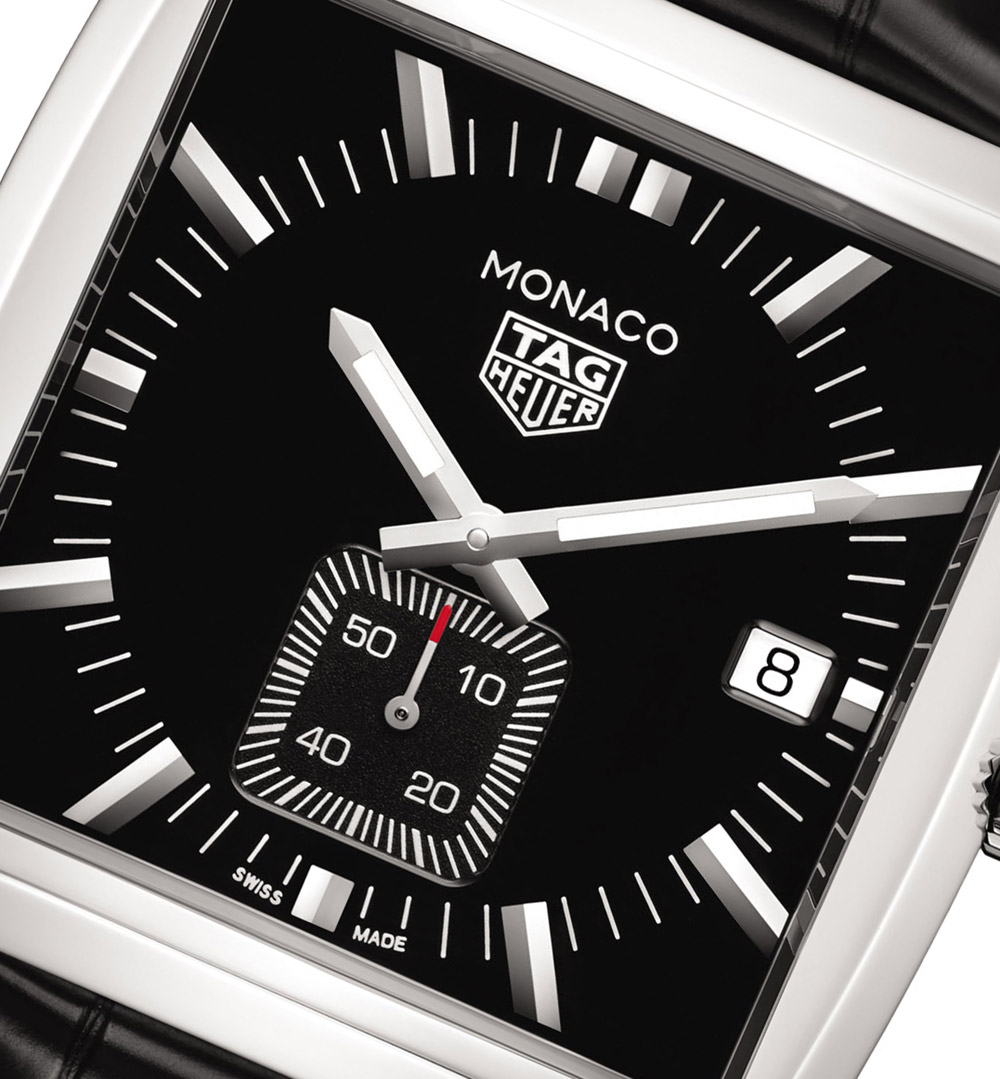 There is going to be some outcry from fans of the brand, and enthusiasts in general over the TAG Heuer Monaco Quartz. One, $1,700 is a bit steep for a quartz model, but it’s in line (almost dead center, honestly) with TAG Heuer’s Formula 1 collections, but a much more desirable style for many people. Two (and I’ve already had this discussion with some collectors this weekend), there’s the apparent “bastardization” of the Monaco collection by adding a quartz movement to it. However, let’s not forget that this isn’t the first time a Monaco has had a quartz movement, nor is it the most expensive model that’s included one. This brings the cost of entry for the Monaco collection down significantly and that makes it obtainable to a wider audience – something I don’t think TAG Heuer will have a hard time capitalizing on.