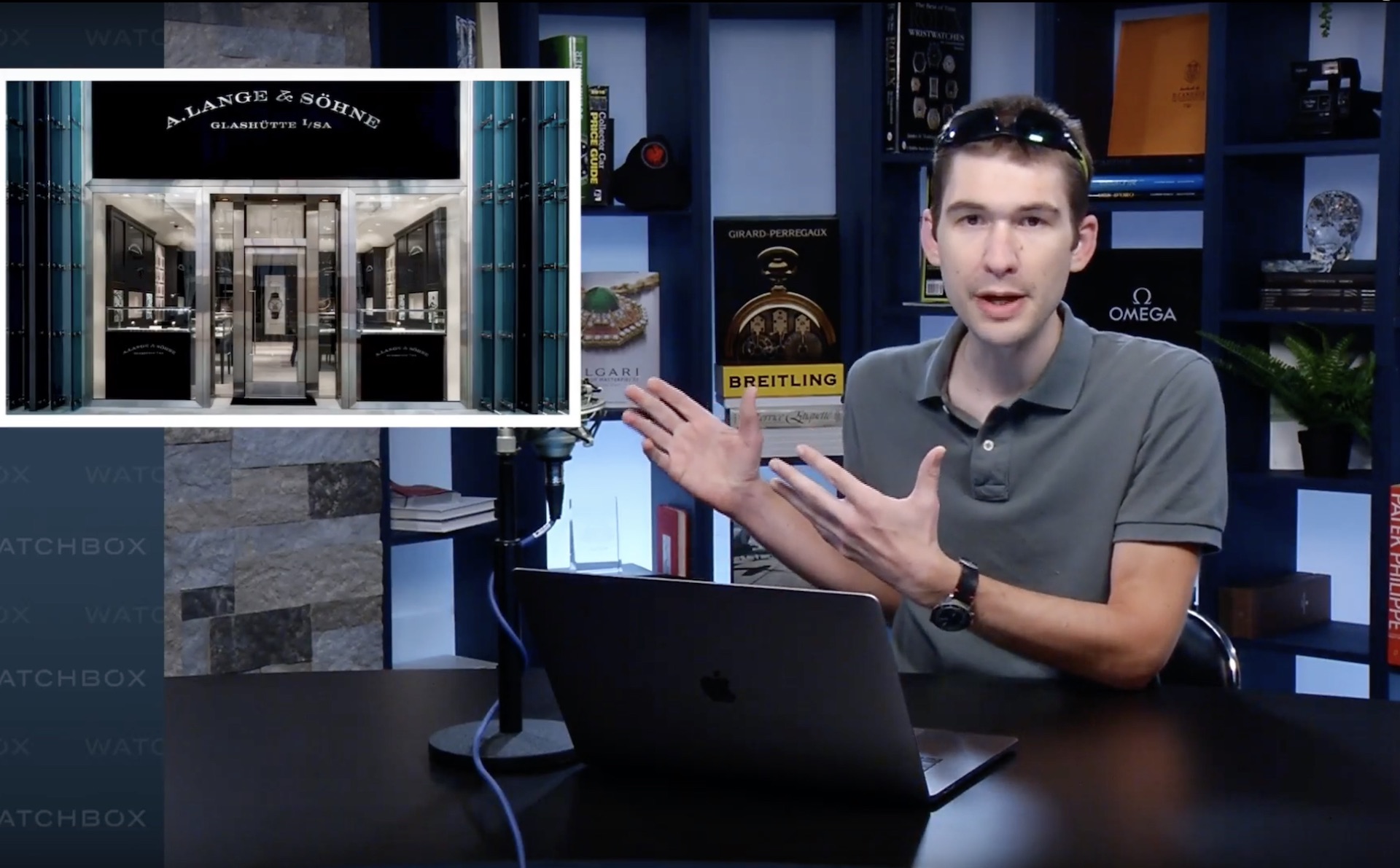 Tim Mosso Of WatchBox Interview: Watch Collecting And The Digital Community Of Enthusiasts

Allow me to thank my friend Tim Mosso for letting me interview him for what could be the first of several articles on aBlogtoWatch. I first met Tim when he was the savant watch-knowledge guru at WatchUWatch. The company was acquired by Govberg Jewelers, which later re-positioned to WatchBox. Tim is best known for his regular watch presentations and discussion videos on YouTube, along with his disarmingly casual with fellow timepiece enthusiasts. Tim and I see eye to eye on more things than not when it comes to watches, yet he certainly has his own perspectives on collecting, buying, selling, and mere horological appreciation.

Here are some questions we discussed about pre-owned watches, retail in the digital age, and collecting, along with his thoughtful responses:

Ariel Adams (AA): Tim, you have personally handled more good-quality pre-owned watches than most people in the world. You’ve seen great watches and good values at all price levels. You’ve experienced the large number of great options available out there.

Does it surprise you at all knowing that some people not only flock around a few highlighted popular watches, but that they also may spend above retail on them?

Tim Mosso (TM): I’m not surprised by this. Though many within the hobby hate to admit it, there remains an enormous fashion and group-identity element that drives sales of “hot” models as common as  Rolex and as rare as F.P. Journe Chronometre Bleu. Obviously, mainstream fashion pushes otherwise disinclined watch buyers to make one-off purchases of various Rolex models — this drives volume — but there are many serial collectors who succumb to essentially the same allure of a watch that’s popular, confers status, and strokes the ego.

And this isn’t to discredit or slate any of those collectors; the same guy who pays $70,000 for a used Nautilus 5711/1A might be the same person who takes a chance and buys a Ulysse Nardin Freak Vision new at MSRP. He might prioritize fashion and then take a chance on a left-field purchase. But if the “core” of the watch hobby were as purist about innovation and finish or as immune to fashion trends as it claims to be, Ulysse Nardin would be as big as TAG Heuer. 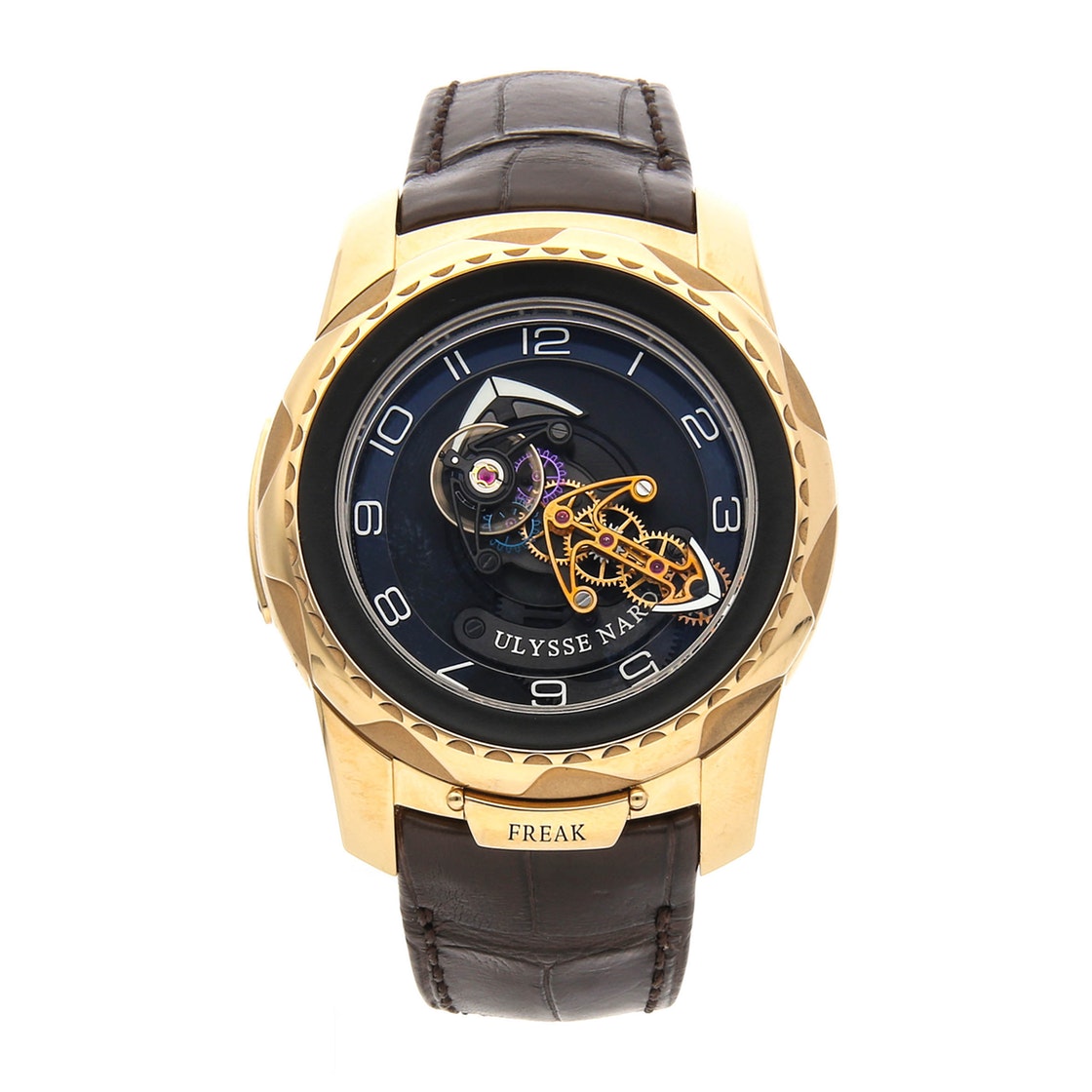 TM: “Pre-owned” is more effective. Online buyers are more sophisticated today than they were at the dawn of Internet used-watch trading in the early 2000s. Back then, specious terms like “New In Box,” “As New,” and “New” were applied to watches that were closeouts, gray market, trans-shipped, or a decade old with blank warranty cards. This was opaque to collectors at the time, but it is common knowledge today. The online watch buyer of 2019 knows to roll his eyes when a Chrono24 non-authorized vendor calls a demonstrably five year-old watch “new.”

Price is critical. In my experience, people tend to weed out the sellers that are small-time, too new for comfort, use “stock” photos, or operate out of a Russian naval base in Crimea. After the shopper becomes comfortable with a set of sellers, the core appeal of pre-owned — lower prices — becomes a bigger factor. If used watches generally sold for five to ten percent off of retail, there would be no reason to buy used watches over new ones with full warranty and immaculate condition.

But price is a huge factor in a market segment that often sells recent production watches for 20-50 percent off retail. Most used watches make 1995 Jaguars and 2005 VW Phaetons look like robust investments. At that point, the expectation is no longer for a “new” watch but a favorable balance on a sliding scale of condition and price. The best price that gets the buyer closest to “factory” condition generally wins the sale. 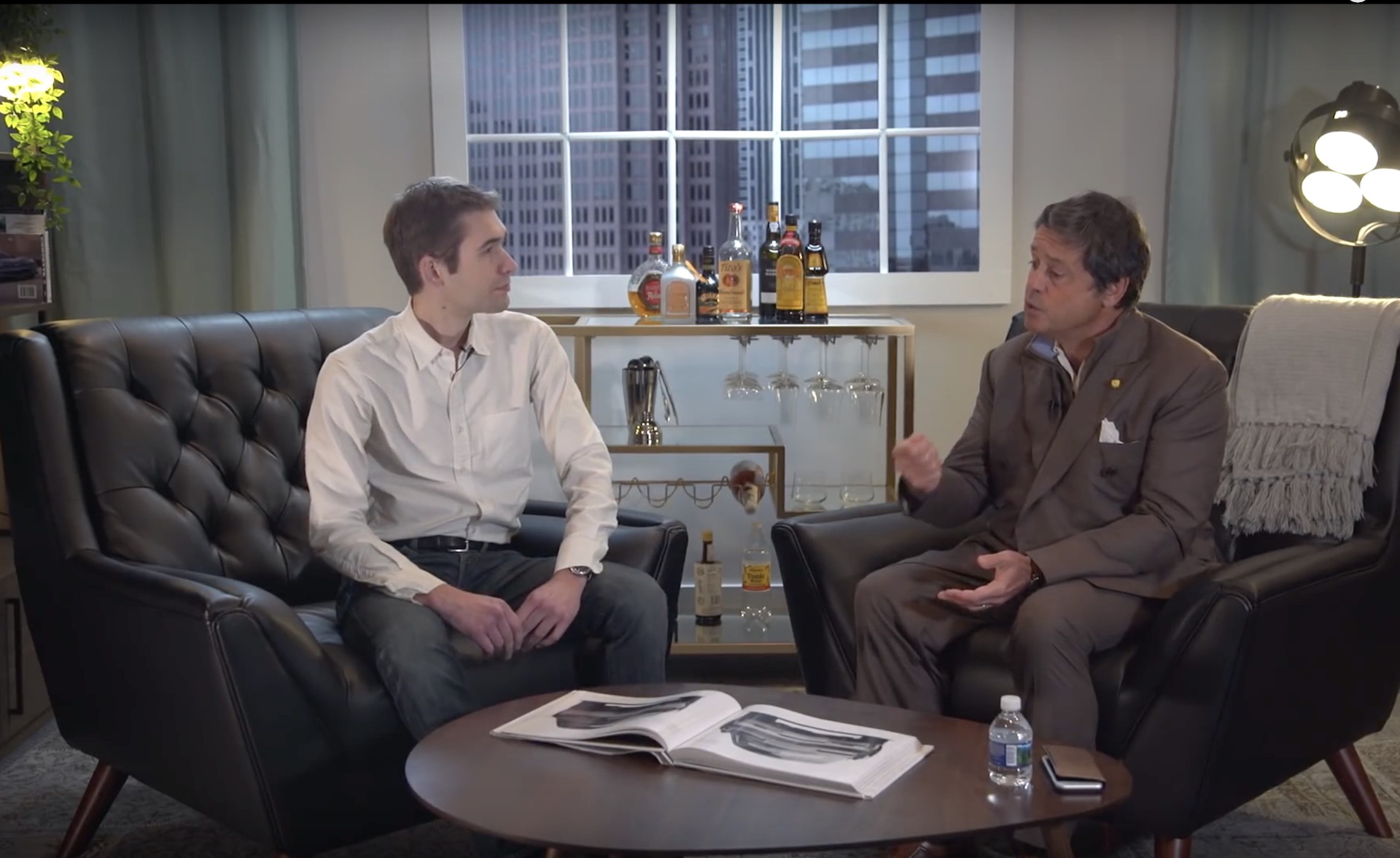 AA: Guys like you and me may take for granted that we know what to look for when scoping out a watch online, especially a pre-owned one. Do you think more novice buyers have some of that same confidence or is the Internet still very much “a caveat emptor marketplace” for watches and intimidating to many buyers?

TM: The real change in the space has been the arrival of large enterprises that focus on pre-owned watches as the core of their business model. These are akin to major non-authorized dealers in the auto space like CarMax; it sells what it buys and holds no franchise interests with manufacturers.

That framework describes my employer, Watchbox, but it applies equally to competitors like Crown & Caliber or Watchfinder. A buyer still needs to ask smart questions about condition, terms of sale, and after-sales support, but the answer to the basic question of whether a $100 million company is going to take your money and vanish is self-evident.

“Buy the seller” is an ancient bromide in this hobby, but there’s undeniable truth to it. A quick Google search will reveal good and bad reviews of any established seller. A seller with no reviews is a seller to avoid. A one-off seller offering a price “too good to be true” likely is a scam. Weird payment instructions to a suspect country or region should be a red flag. Unclear photos of an expensive product are disqualifying. A seller that won’t answer a phone and field questions is a non-starter. Finally, any seller that won’t allow a no-questions-asked return of a watch purchased online needs to be excluded from your consideration. 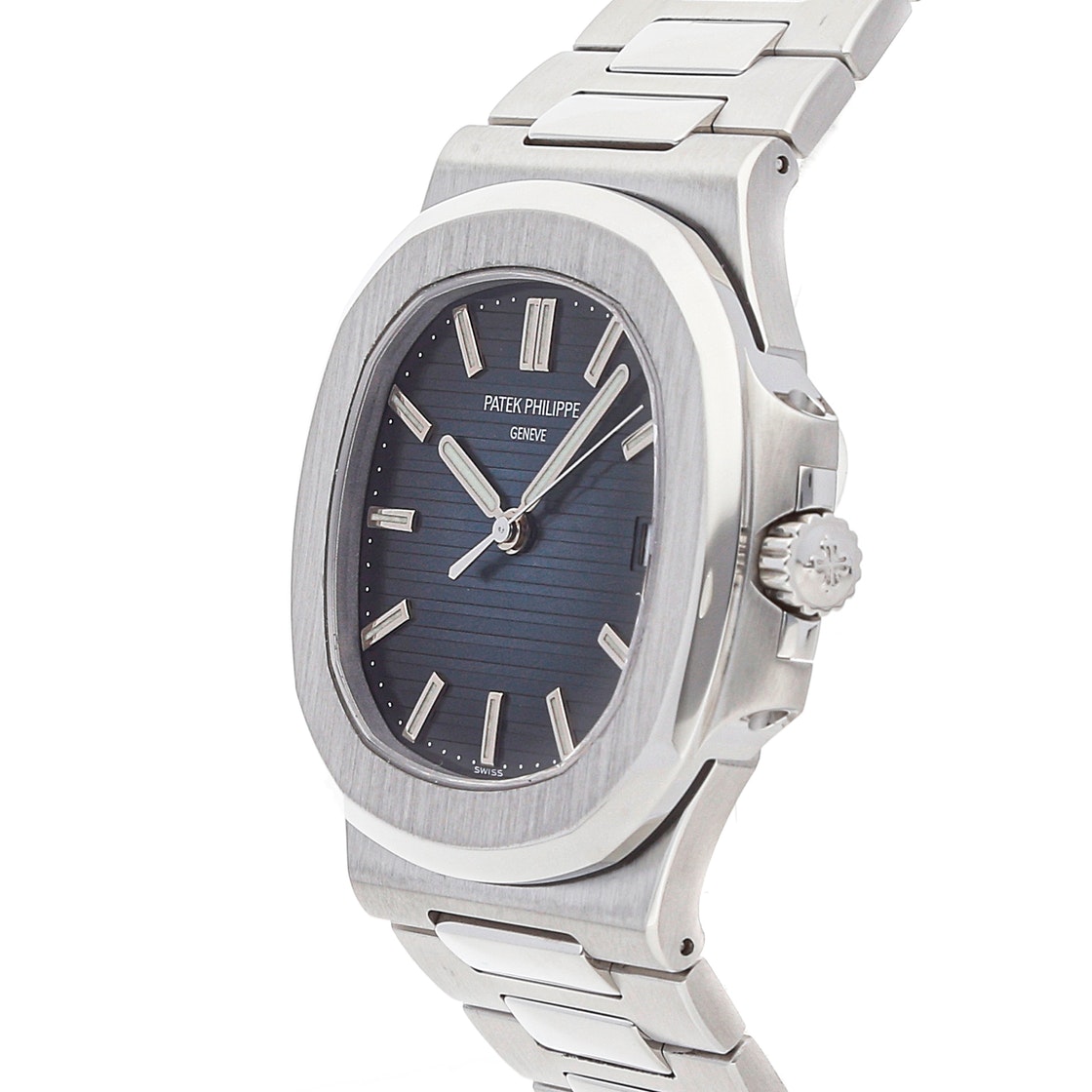 AA: Collectors get excited about watches that have a lot of stories to tell. The more compelling the story, the more people seem to want the watches. In your years telling people stories about timepieces, what are some of the common threads in the stories that collectors get the most excited about?

TM: Realistically, people seem to love when I describe technical specifications in depth or explain the actual people involved in the creation of a model. So much of the marketing pitches by the watch brands are shallow, purely emotional, and cliched, so collectors rely on me to discard that tripe and talk about the details of the watch itself. Concretely, what are you getting for your $20,000? I answer that question.

In many ways, I’ve been the “Motor Trend” road test editor to the “fashion editors” of mainstream watch advertising; I’m the guy who is expected to explain the deeper story, strengths, and weaknesses of the product. And we are talking about an exorbitantly priced product class; core details of the product need to be available. That analogy isn’t as odd as it may seem; I’ve found the crossover car-enthusiasm of the watch collector community to be uncanny.