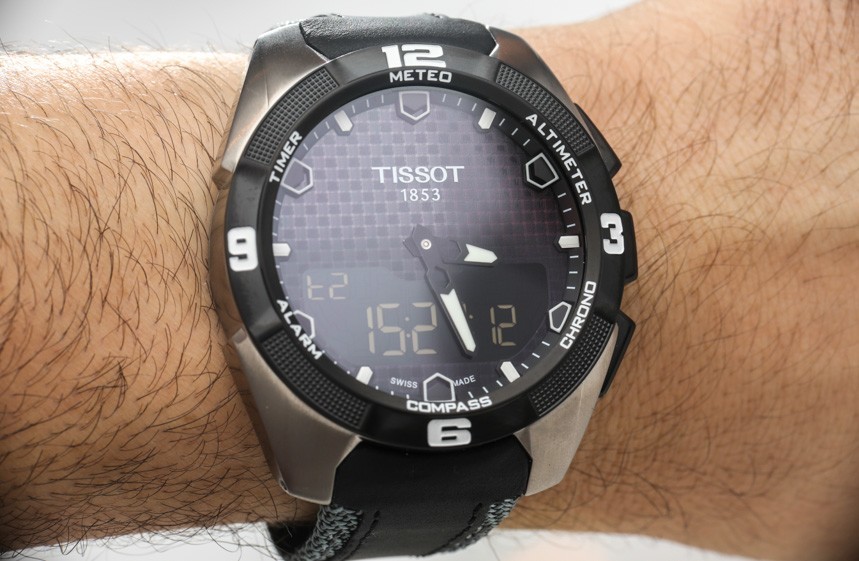 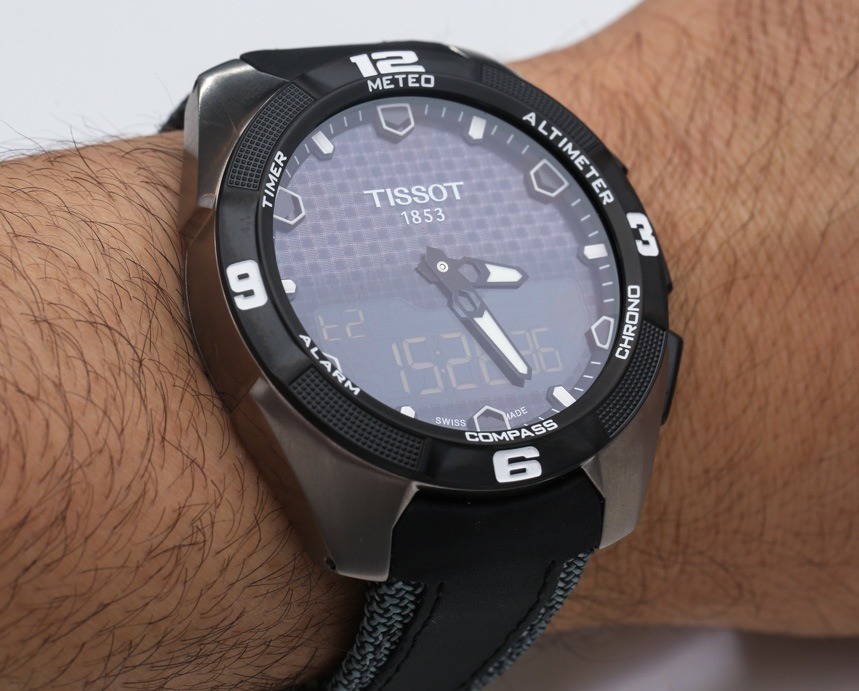 A great positive about the new T-Touch Expert Solar watch is the performance of the movement. Tissot’s new T-Touch movement uses the pushers on the side of the case as well as touching the sapphire crystal dial in various areas. It has always been this way, but the hands on the new model move much faster than before. The speed of the hands moving is vastly improved and so is the snappiness of switching between the many functions.

Speaking of functions, there are many of then. According to Tissot there are about 25 functions in the watch that include those from the outgoing T-Touch Expert as well as those from models that came later. To be honest I don’t know how each of the functions are used as the watch is designed to use just sections on the dial  (including the middle) to get to most of what you can do out of it. 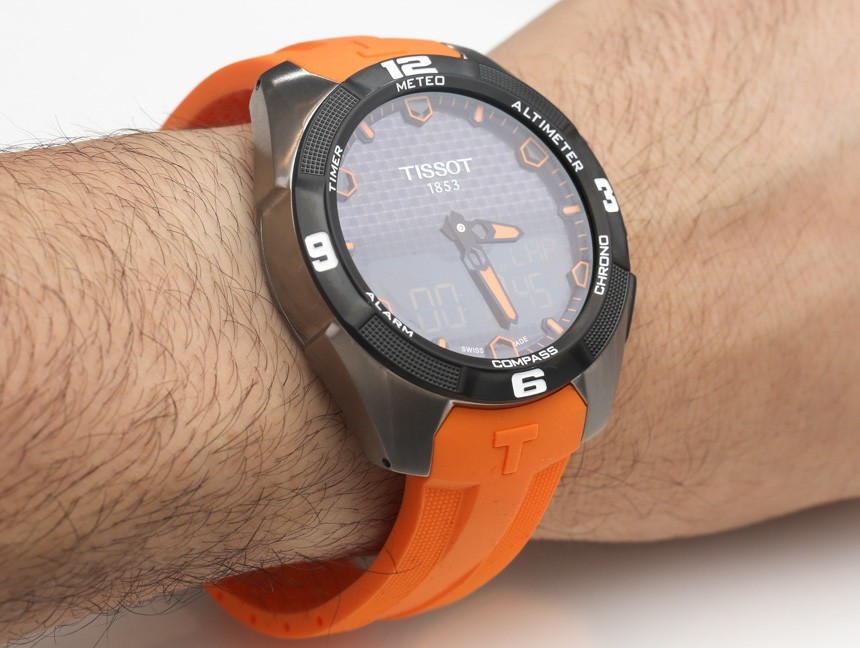 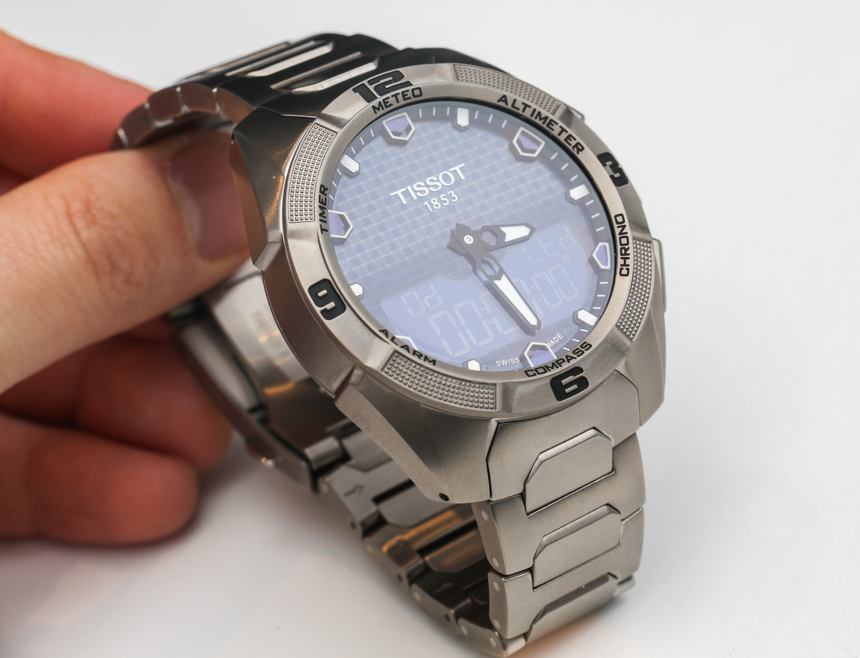 Of course, the triple sensor features are plain and easy to use which includes the compass, barometer, and altimeter. The watch has a smart navigational function, a chronograph, timer alarm, and more. In its own way, the T-Touch has been compared to smartwatches for a while because of its multifunctional nature–though it really exists in a world outside of that. It is more akin to a high-end quartz watch that takes full advantage of a clever user interface controlled by touch.

So if the hands are short… so is the waiting time for the watch to perform necessary tasks. Tissot has always made hands as big as they could for the movement to be able to move and perform its functions. Long hands are heavy hands, and given the nature of the timepiece that doesn’t bode well for the functionality. There is always the LCD display if reading the time in an analog format is not to your liking. The Screen has a view for the local or home time. There is actually a much smaller version of the Racing-Touch watch for 2014 with the same hands–and on that dial they are actually proportional. So it CAN happen.

Mixing the positive and negative, the Tissot T-Touch Expert Solar is still a really cool watch for sport instrument nerds such as myself. What Tissot did so well was making exploring and adjusting the T-Touch Expert Solar so pleasant. Compared to Japanese watches with similar features, the Tissot is much more fun to operate and use. It is arguably more attractive, as well. It is also good to see Tissot listen to its consumers who have been asking for solar power battery life generation for a long time. We look forward to reviewing one soon, and as you can see the T-Touch Solar comes in a range of strap colors and styles, as well as the titanium metal bracelet. Look out for many new versions of the T-Touch collection, coming in the seasons to come, I am sure. The T-Touch Expert Solar is priced at $1,150 – $1,250. tissotshop.com