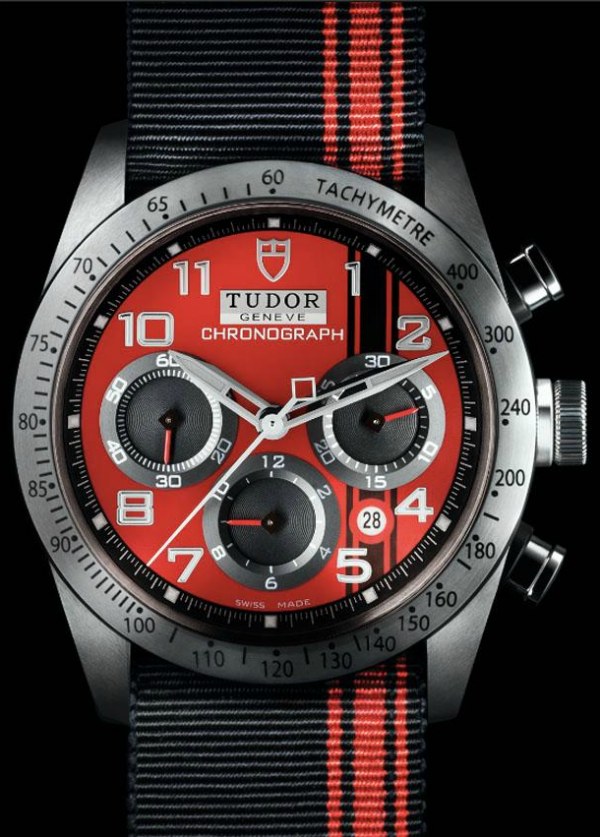 Tudor’s place is found. It will make the cheeky sport watches – that will sell well – that Rolex will never make. If Rolex is the staunch, unwavering meritocracy of tried and true design, then Tudor will be the ever-so-slightly rebellious younger brother that likes to have just a bit more fun – within the confines of “good taste” that is.

Tudor recently was announced as the “official timing partner’ of Ducati Motorcycles. I don’t know Ducati’s official timing partner will do, but you can sure they will make watches (that is for sure). Sounds a lot like a fancy marketing name. To begin this relationship Tudor has released the Fastrider watch. It is a sporty racing watch with a slightly retro feel and a healthy amount of personality. It also won’t be sold in the US (officially).

One thing the Fastrider watch lacks (at least on the dial) is any mention of Ducati. This is actually a good idea, as co-branding on watch dials is usually in poor taste. Save that for the caseback (if at all). With little design nods to motorcycles, the watch looks like a transformed Daytona made for a gear-head teenager. 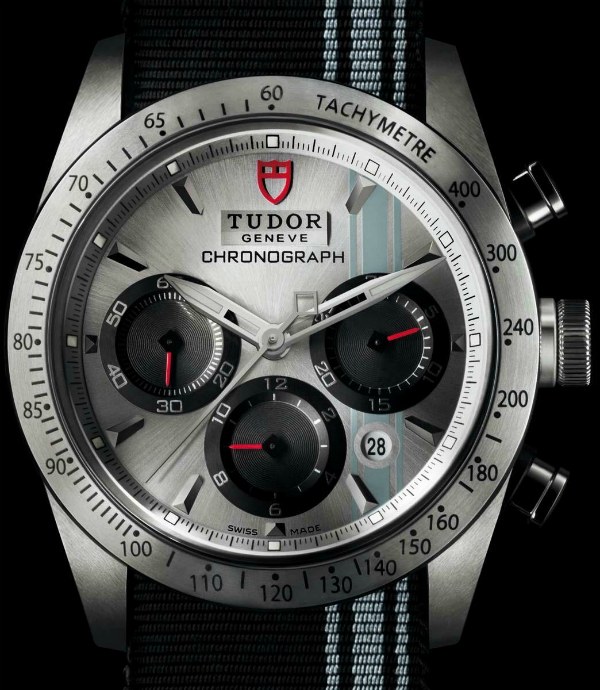 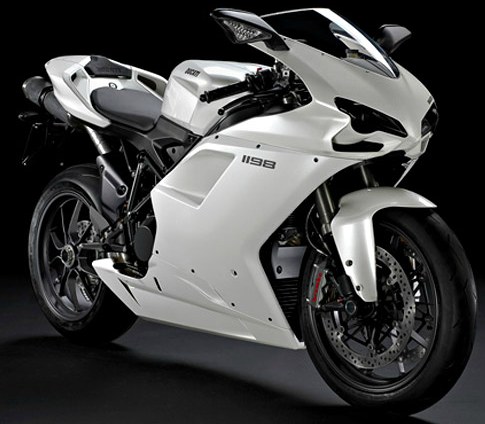 The 42mm wide steel case is thick and conservative – but in that way you want it to be. From the side the details are a bit more modern while still being tasteful. The steel on steel tachymeter bezel is a nice touch. Tudor is very proud of the fact that the chronograph pushers look like engine pistons, and that the large crown looks like a gas cap. That has been done before, but never in such a stately timepieces such as a Tudor. A nice little detail is that the pusher housing is in PVD black – that is hard to tell in the images, but it loos nice and goes along with the black flange ring. Speaking of the flange ring, isn’t that tastefully done angled ring with lume coated hour and minute indicators look like something right off the Paul Newman Daytona? You know it is. Well done Tudor, and overall a nice case.

One strange element is the item on the left side of the case at 9 o’clock. It again has some PVD black and is meant to look like a gas cap over a triangular ring that resembles the Ducati logo. This is the date adjuster, and I am not sure why it is there. Inside the watch is a Swiss ETA Valjoux 7753 movement that has been customized by Tudor. The movement comes with the ability to change the date with the crown. Not sure why they took that function out and instead gave it a pusher. If the pusher needs a stylus to adjust the date, then it is much less convenient – and if you can press it with your finger, then you run the risk of hitting the watch on something and accidentally changing the date. While it does look cool, this design element confuses me. 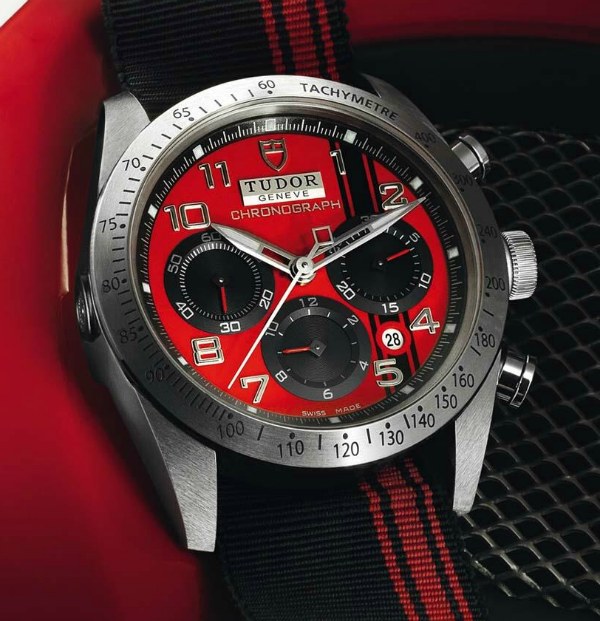 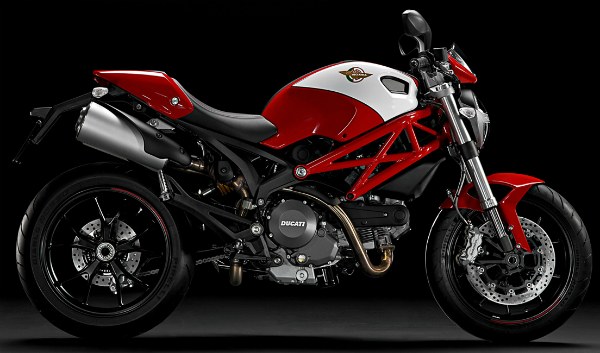 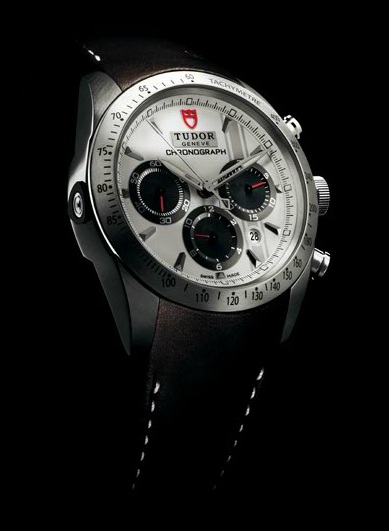 The Valjoux 7753 automatic is inherently a reworked 7750 that sits on its side offering a trip-compax layout. This can also be achieved with the ETA 2894, but since the 7753 is easier to rework, I assume Tudor chose it for good reason. Tudor will offer the Fastrider with three strap and three dial options. I am amazing at how different the personality of the watch is based on the color scheme and strap. In red and black on the NATO strap it is super sporty, but with the white dial and brown leather strap it is much more conservative and held back. This watch has a very versatile design.

Hands down the best design element on the dial are the chronograph subdials. They are recessed a bit, very legible, and sporty. They also create a nice contrast wit the rest of the dial. The asymmetrical racing stripes are cool as well, especially when mixed with the matching NATO strap. I like how the colors alternate on the strap and dial. Another good design element is the healthy mixture between items on the dial and empty space. The dial does not feel crowded or bare. The Arabic hour numerals are nice, but in my opinion they don’t make or break the dial. 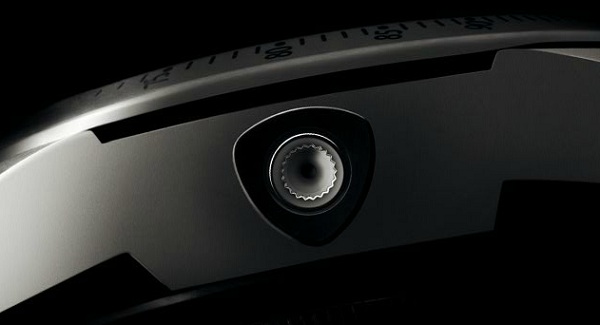 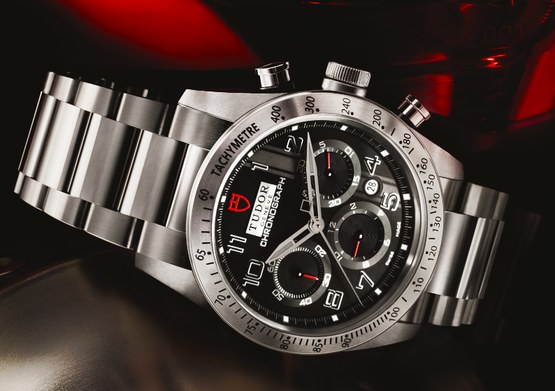 The Fastrider dial options are mostly black, red with black trim, and silver with black trim. All three are nice, but I think most passionate Ducati lovers will go for the red and black model. Straps include the nylon NATO strap with the racing stripes, a three-link metal bracelet, and a case fitted leather strap. I’d say overall the design of the watch no only fits with the Ducati aesthetic and persona, but could also equally have nothing officially to do with Ducati – a nice middle ground that I feel should be praised. Seriously, since Panerai’s failure with the Ferrari watches, the high-end watch world has learned so many lessons.

According to Tudor the Fastrider will be part of their permanent collection. So expect these pieces to evolve and be rather widely available (not the US). Prices aren’t too bad at between 3,300 and 3,500 Swiss Francs. Look for them soon.