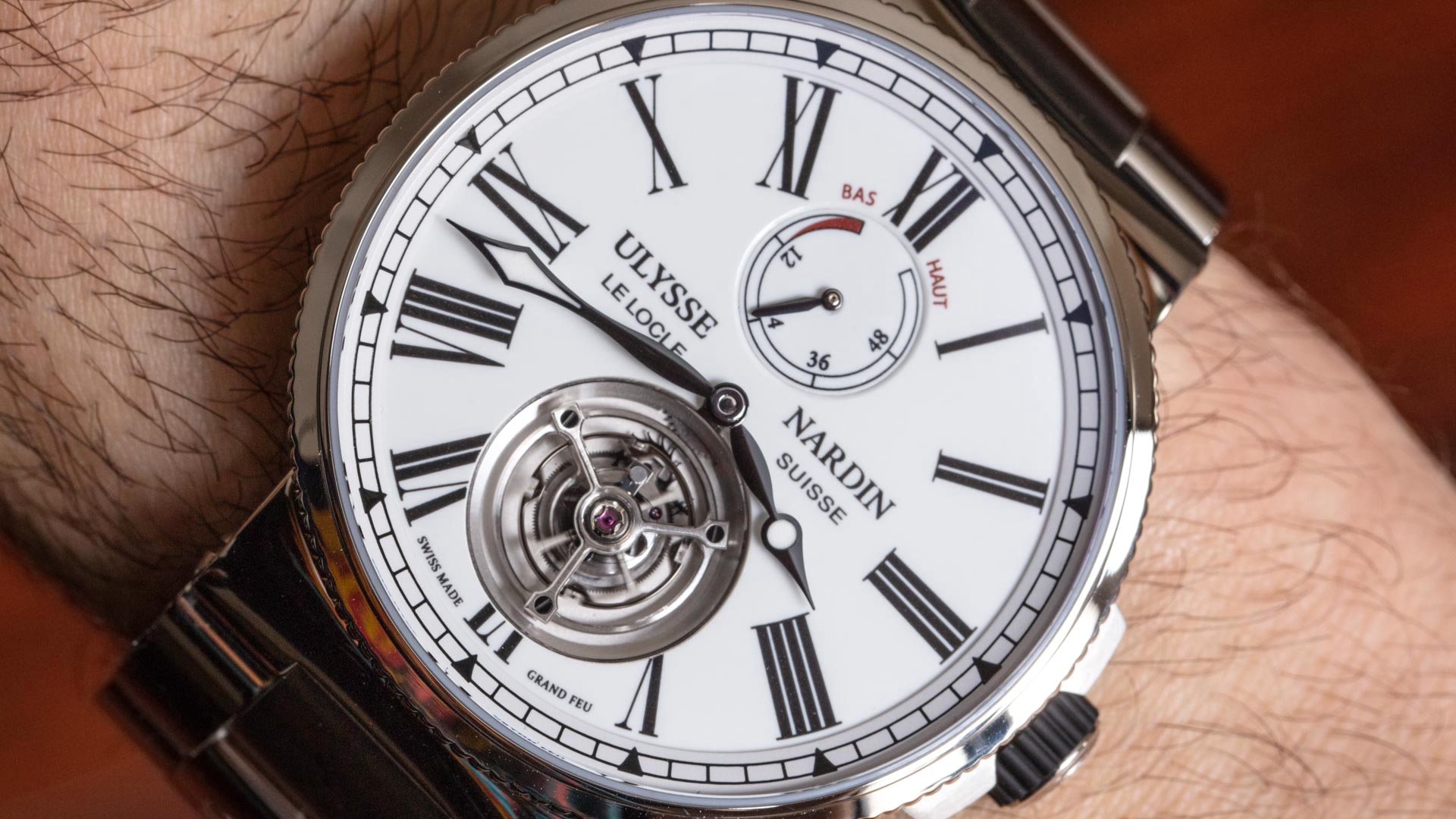 The Ulysse Nardin Marine Tourbillon is a sensible daily-wear watch that includes an affordable (relatively speaking) in-house-made tourbillon movement in the long-standing and successful Ulysse Nardin Marine watch collection. No one actually needs a tourbillon, but it feels good to wear one. The wristwatch tourbillon is a product category that requires little introduction to watch collectors and even those who only tangentially know about the luxury wristwatch market have heard that “tourbillons mean money.” In 2019, tourbillon still means “money,” but thanks to a lot of aggressive competition, a Swiss tourbillon no longer requires as much money. What was once a roughly $100,000 purchase ordeal is now available from serious brands like Ulysse Nardin for under $30,000. 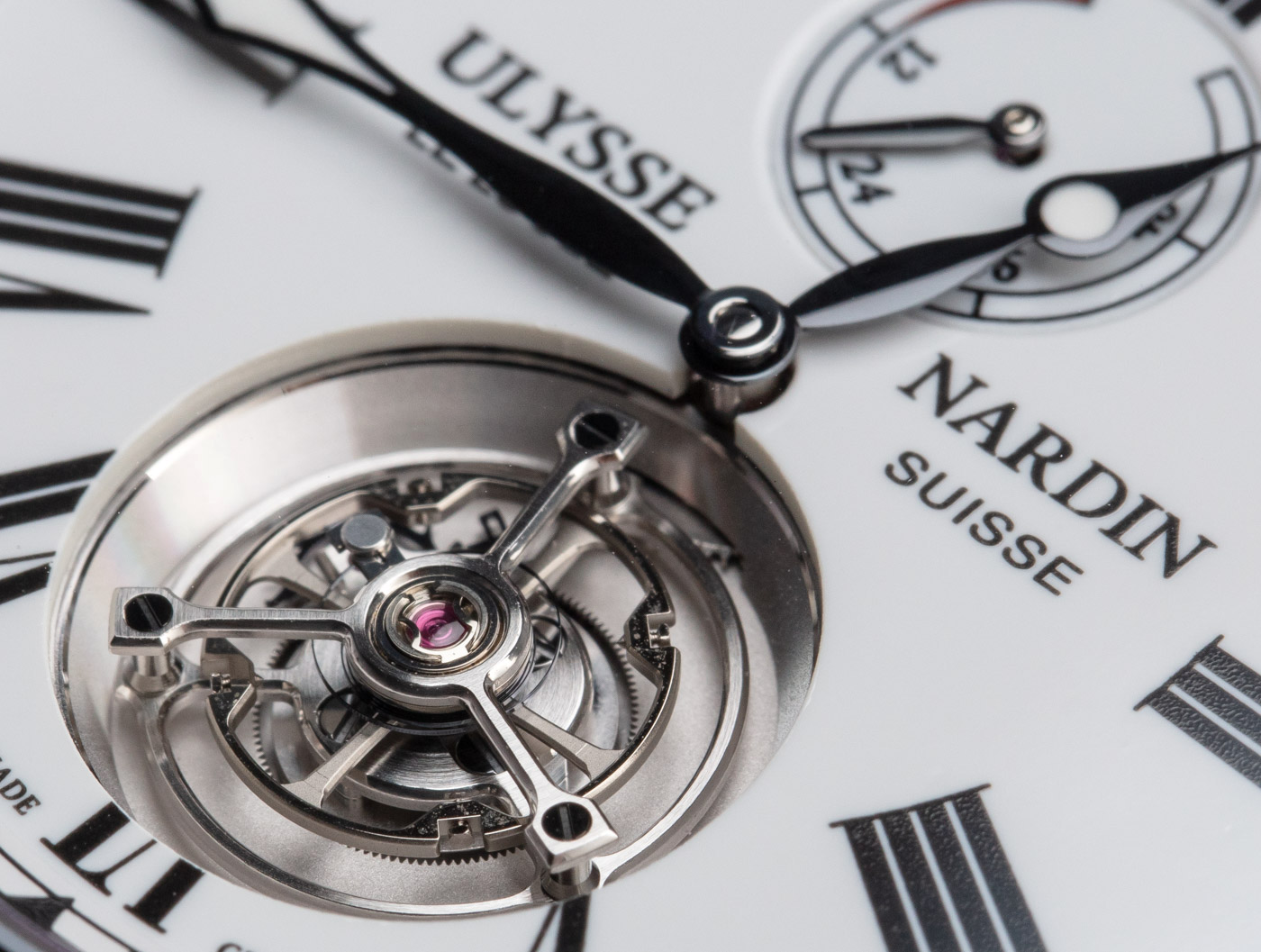 An extremely fair question is, “Well, what do you get if you pay a lot more for an even higher-end tourbillon?” Is there any reason to still spend over $100,000 on a tourbillon when some are available for less money? It really depends on what you are looking for. What you generally tend to get with more expensive tourbillons is more exclusivity (fewer made, harder to make, etc…) and more hand-finishing and craftsmanship. This is actually a good opportunity to bring up one of my few qualms about the Ulysse Nardin Marine Tourbillon and that is the fact that the movement place right under the tourbillon cage is not finished (at least not attractively so). Having that piece of metal under the tourbillon polished or other decorated by hand would be an example of what you can expect for more money. It does appear that Ulysse Nardin’s tourbillon cage itself has some hand-polishing, but, overall, with a much more expensive tourbillon, you should be able to find a lot more finishing. Compare this with something from Greubel Forsey, for example. 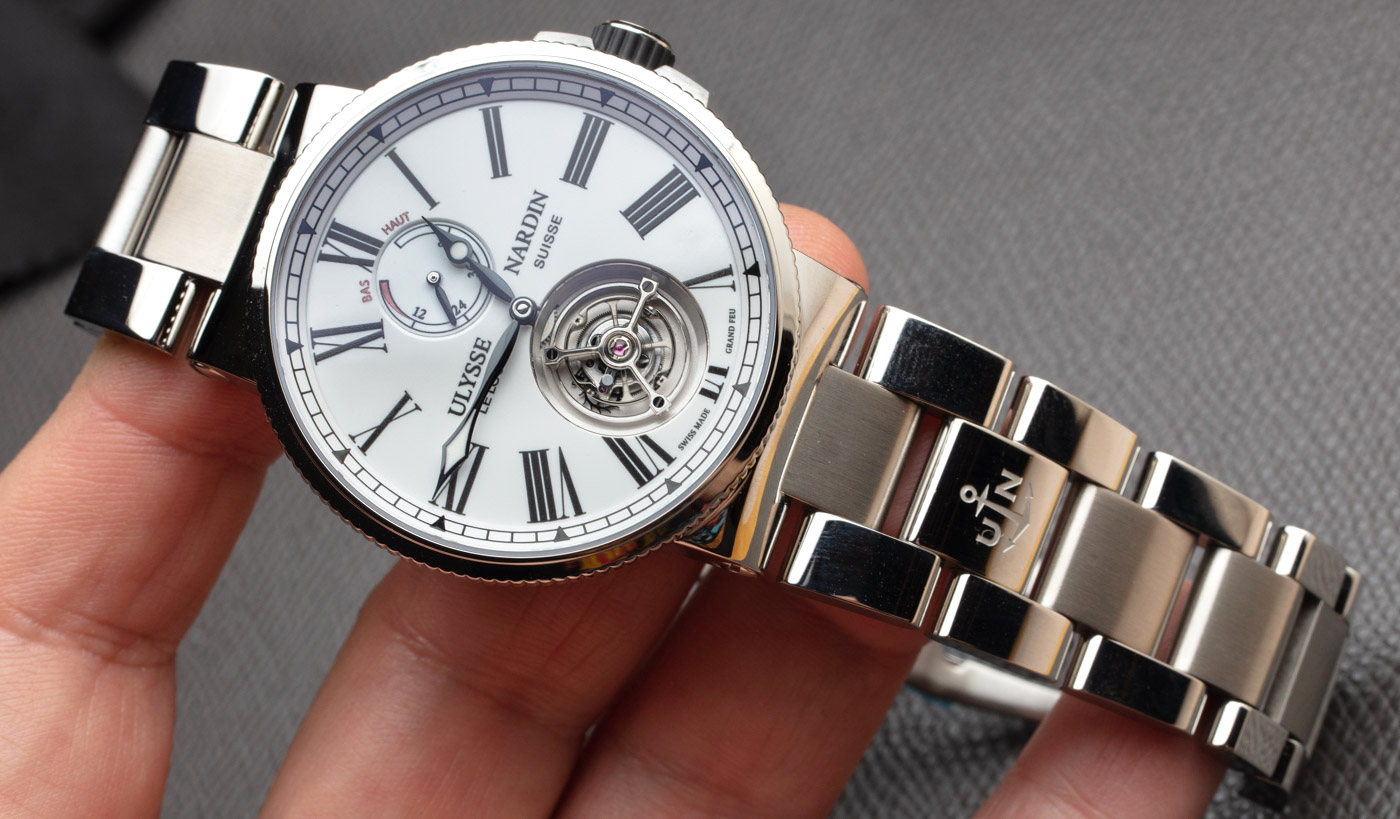 Does a lower-priced tourbillon mean a sacrifice in performance? No, actually. In fact TAG Heuer and Ulysse Nardin’s tourbillon movements are the ones I would trust way more than most tourbillon movements, and, in fact, some of these lower-priced Swiss tourbillons have excellent performance. I am more or less sure that you get Chronometer-level performance out of the Ulysse Nardin in-house-made caliber UN-128 automatic tourbillon movement, which lives inside the Marine Tourbillon. The movement uses a reliable silicon balance wheel and boasts over two days of power reserve, operating at 4Hz. At the least, having a tourbillon in this movement doesn’t ask the user to make any functional or performance sacrifices to wear one. For this reason, and because I believe this is a relatively accurate movement, I consider the Marine Tourbillon to be suitable for daily wear. 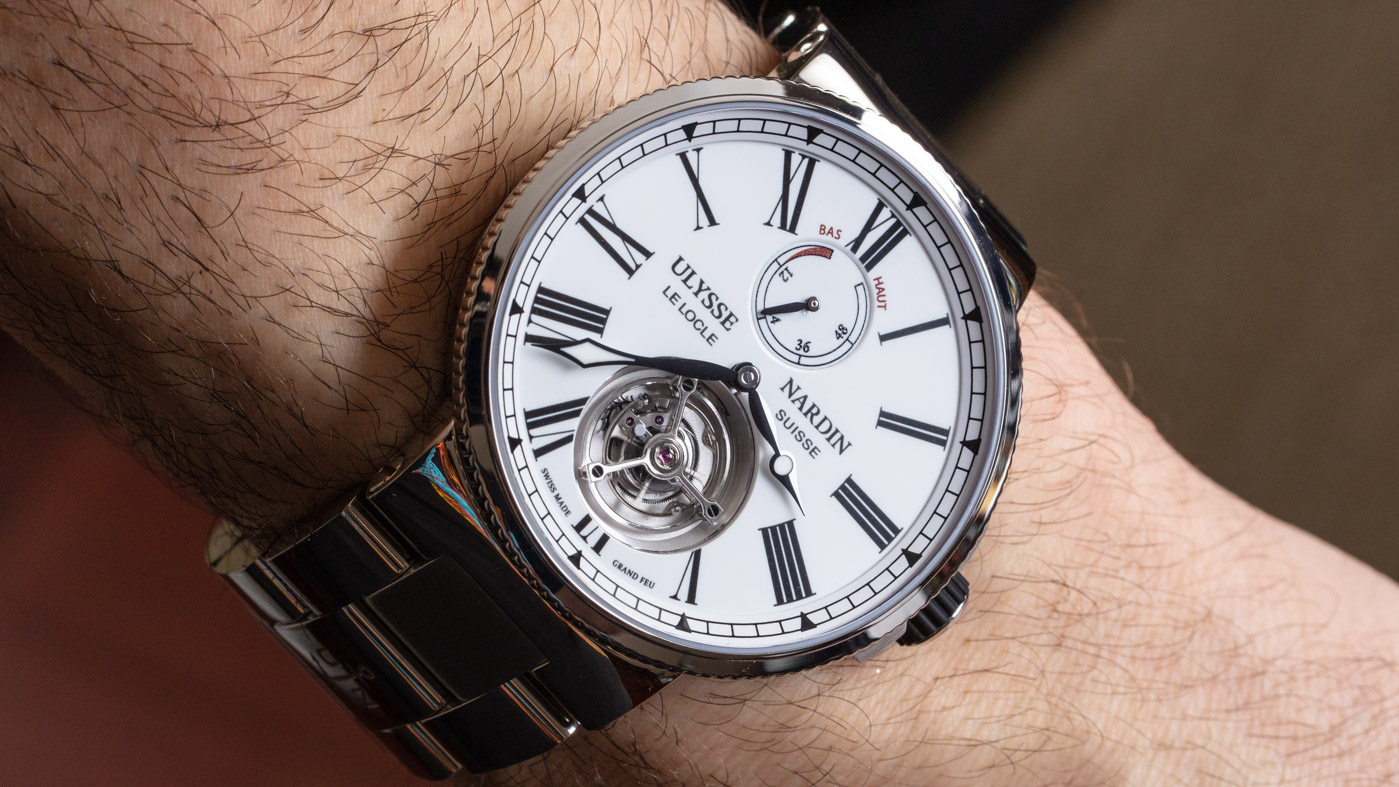 The 43mm-wide Marine-style case comes in steel and is a look that Ulysse Nardin has been perfecting for years. This particular Marine Chronometer-style dial layout is based on the ship clocks the brand used to create long ago. Such dials were typified by having a power-reserve indicator under 12 o’clock, as well as a subsidiary seconds display over 6 o’clock. Because the Marine Tourbillon has a flying (no top bridge) tourbillon window, it replaces the standard subsidiary seconds dial (and still manages to count the seconds because the tourbillon cage makes one full revolution every 60 seconds). 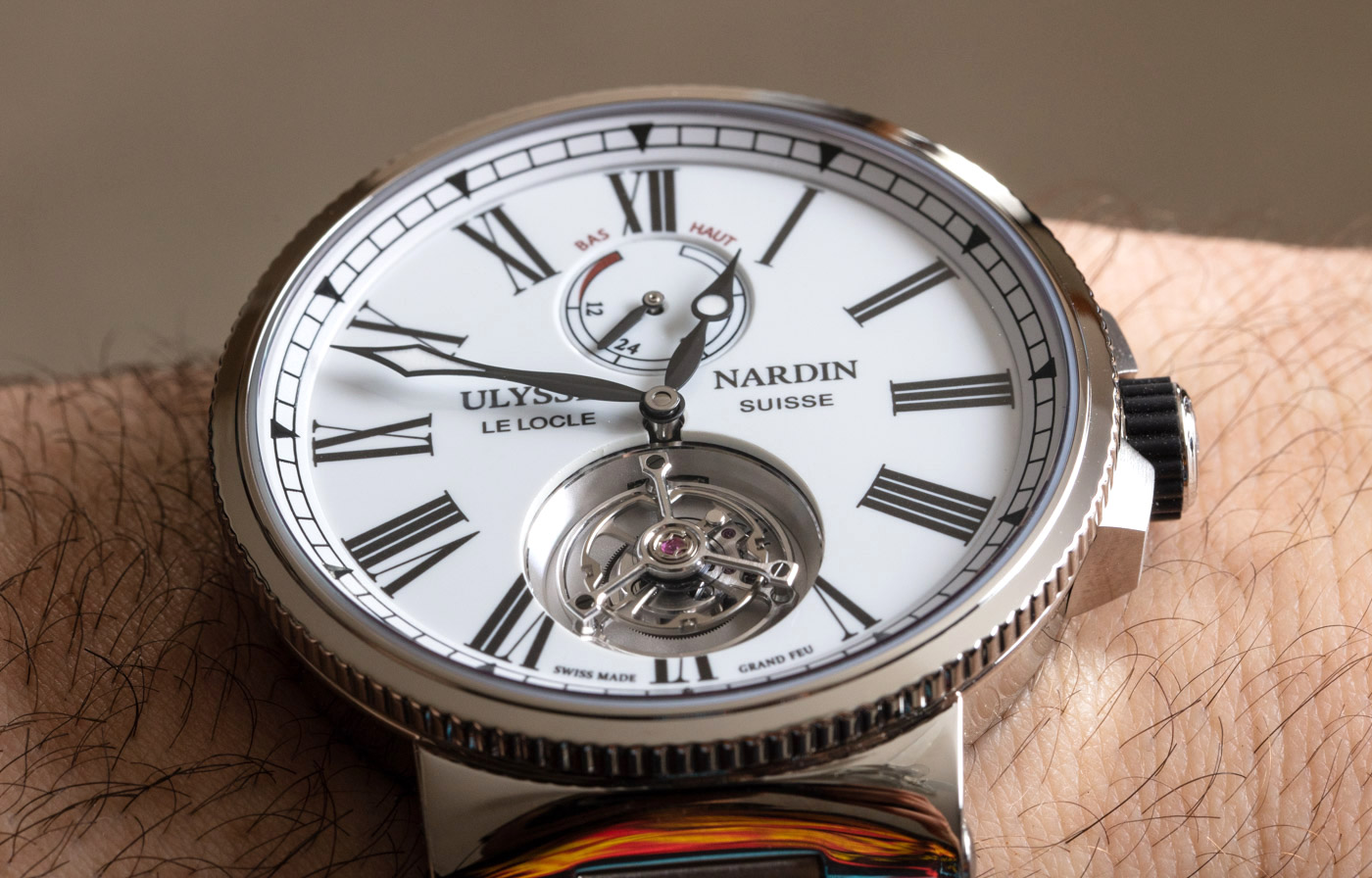 The dial is produced in white grand feu enamel — which is a great part of the value proposition in the watch. On it are printed black Roman numerals with matching black-colored hands. That Ulysse Nardin matches the hand color to the hour markers is slick, it and makes for a very masculine but classic look for the dial. The slight hint of red gives it a little sporty touch — even though this is, in style, a dressier watch. The dial is easy to see through the glare-free AR-coated flat sapphire crystal, though with the 43mm-wide,100-meter water resistant steel case, this could double for light sport watch duty, no problem. In a very real sense, this watch has a design intended for adventure. 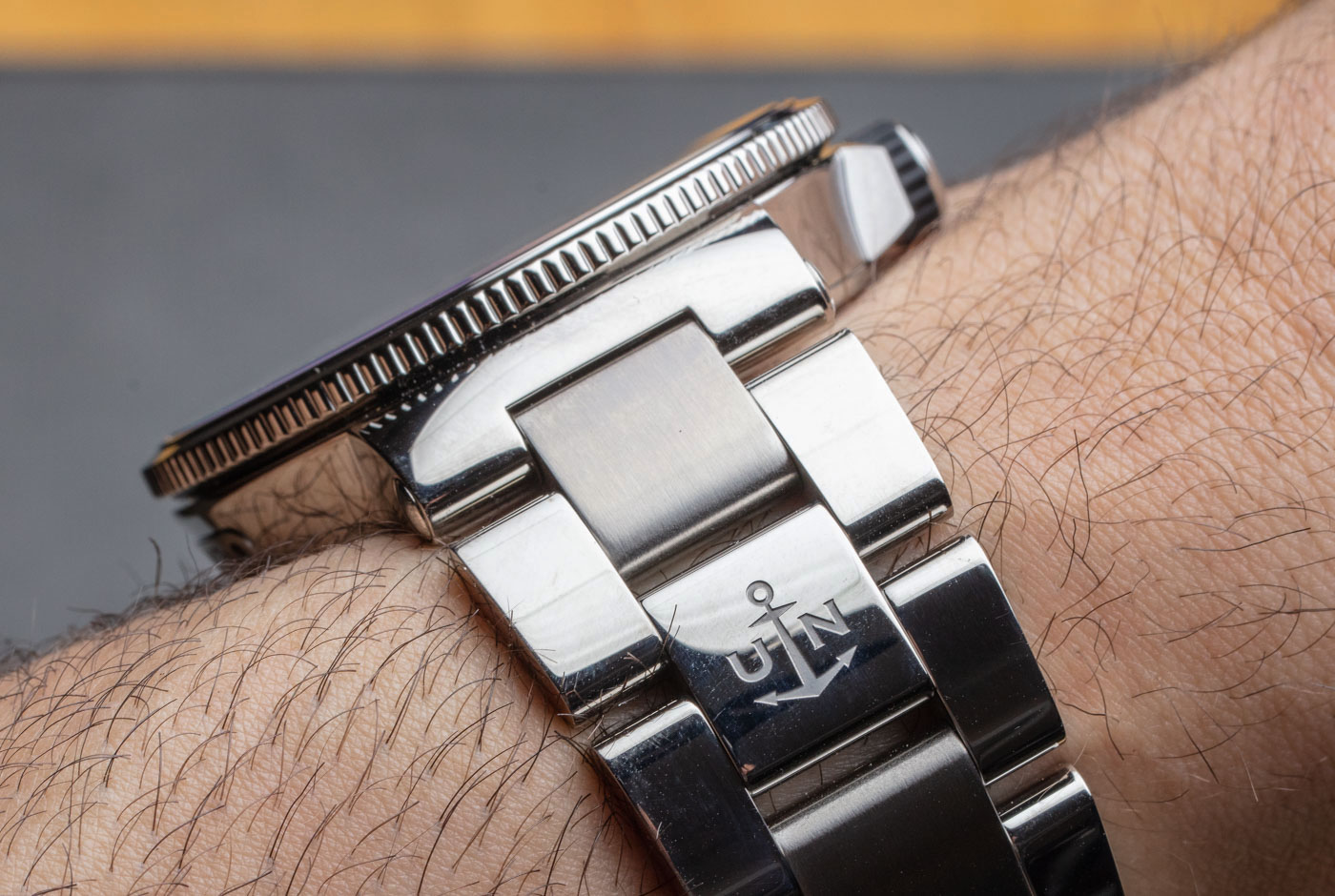 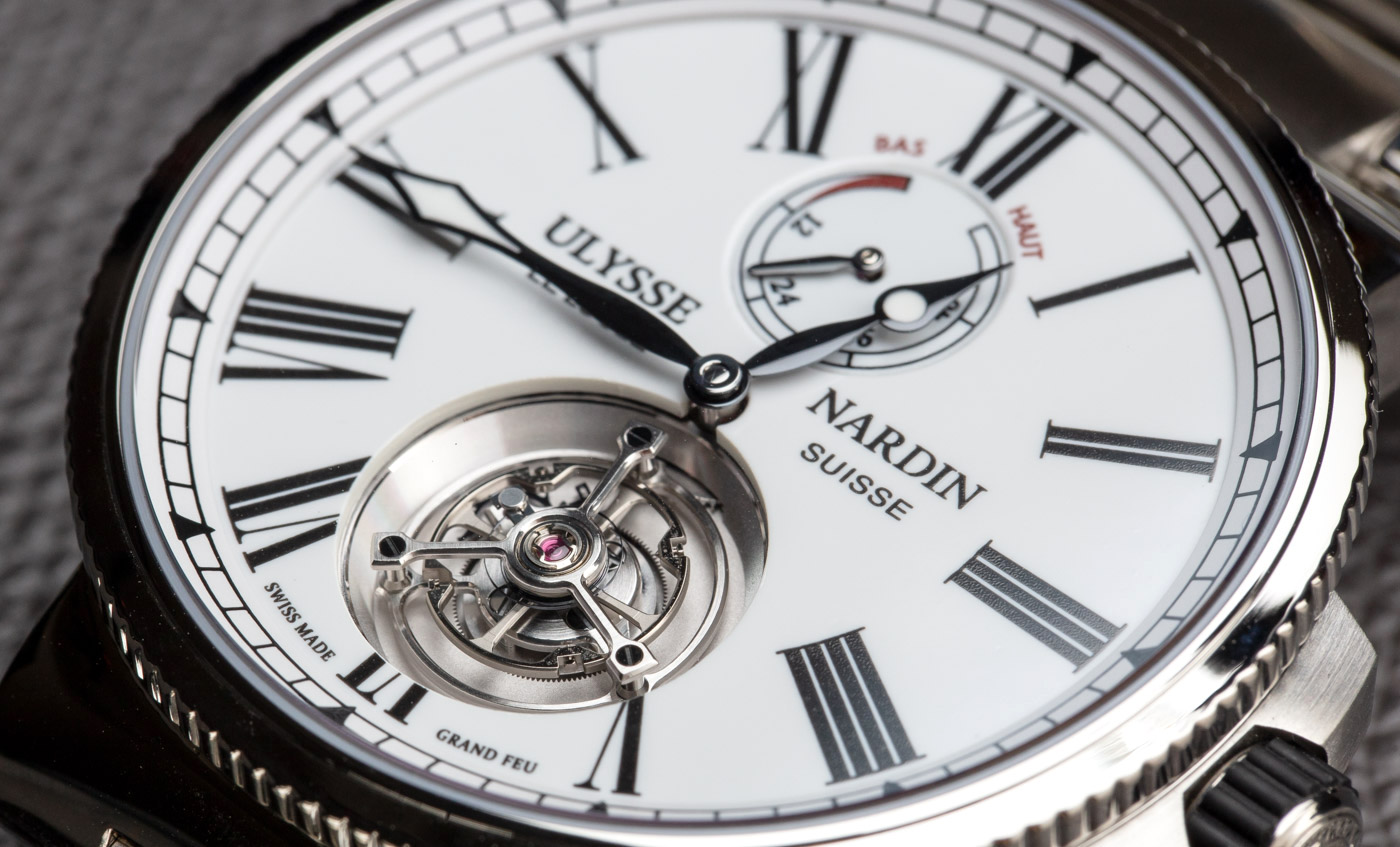 Thematically, the Marine Tourbillon has one foot in the world of haute horology and another in modern sport watches. Some might call it a show-off casual watch and others might call it a sports status item. Ulysse Nardin did an admirable job of making sure you know the watch has a tourbillon, without removing the handsome sensibility the Marine dial is known for. The core in-house-made automatic movement is reliable, being produced in other styles and, in this watch, being outfitted with a tourbillon. 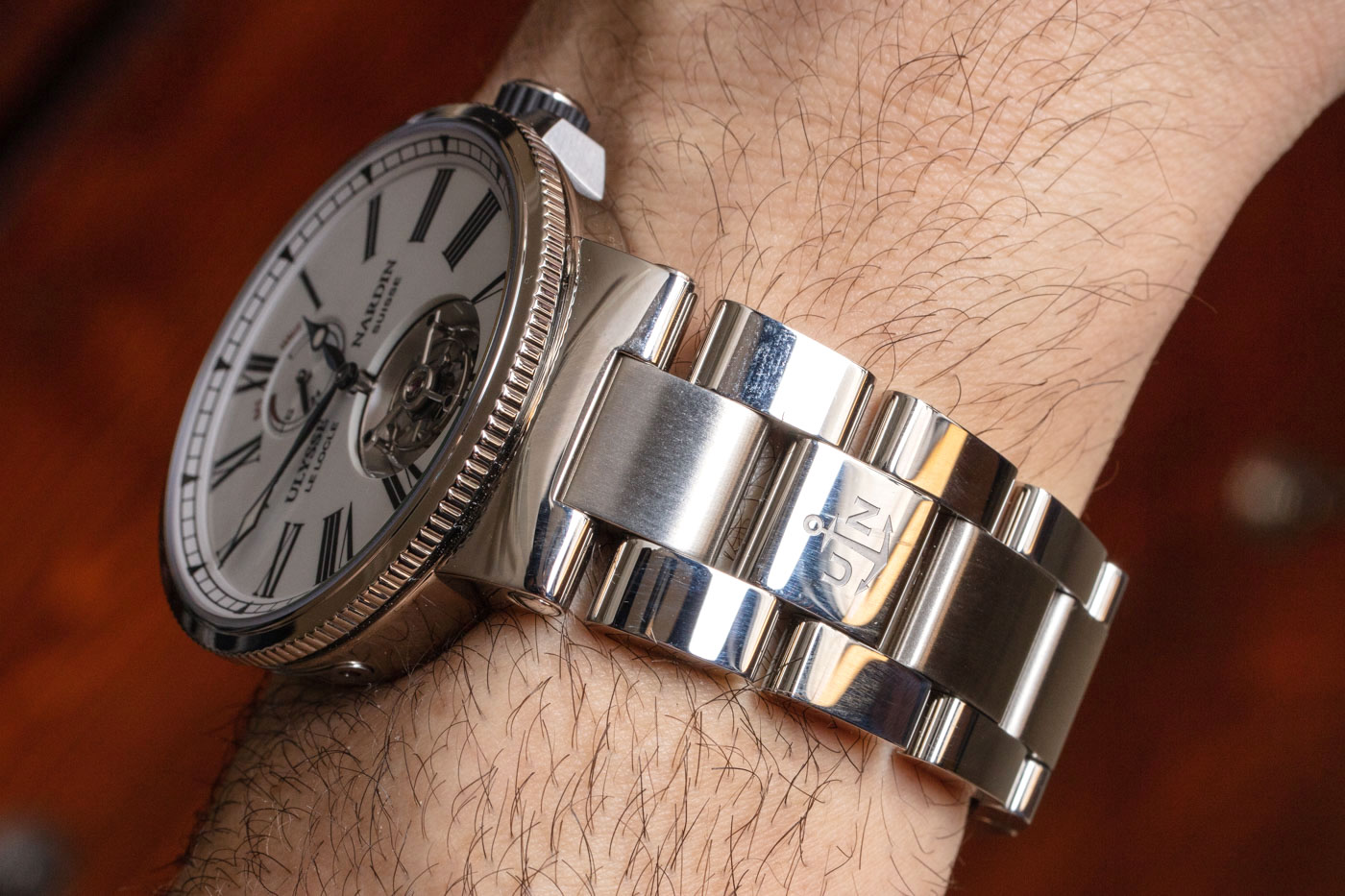 For someone equally interested in being under-the-radar and having a status watch, the Ulysse Nardin Marine Tourbillon certainly fits the bill for the right user. I could never say exactly who that user is, although I find myself going for this watch anytime I want a “conservative-plus” look. The watch is available on three strap choices, including the Marine Tourbillon ref. 1283-181-3/E0 on a rubber strap with titanium (not steel) buckle at $27,900 USD. Then there is the ref. 1283-181/E0 on a black alligator strap, which has a retail price of $28,000 USD. 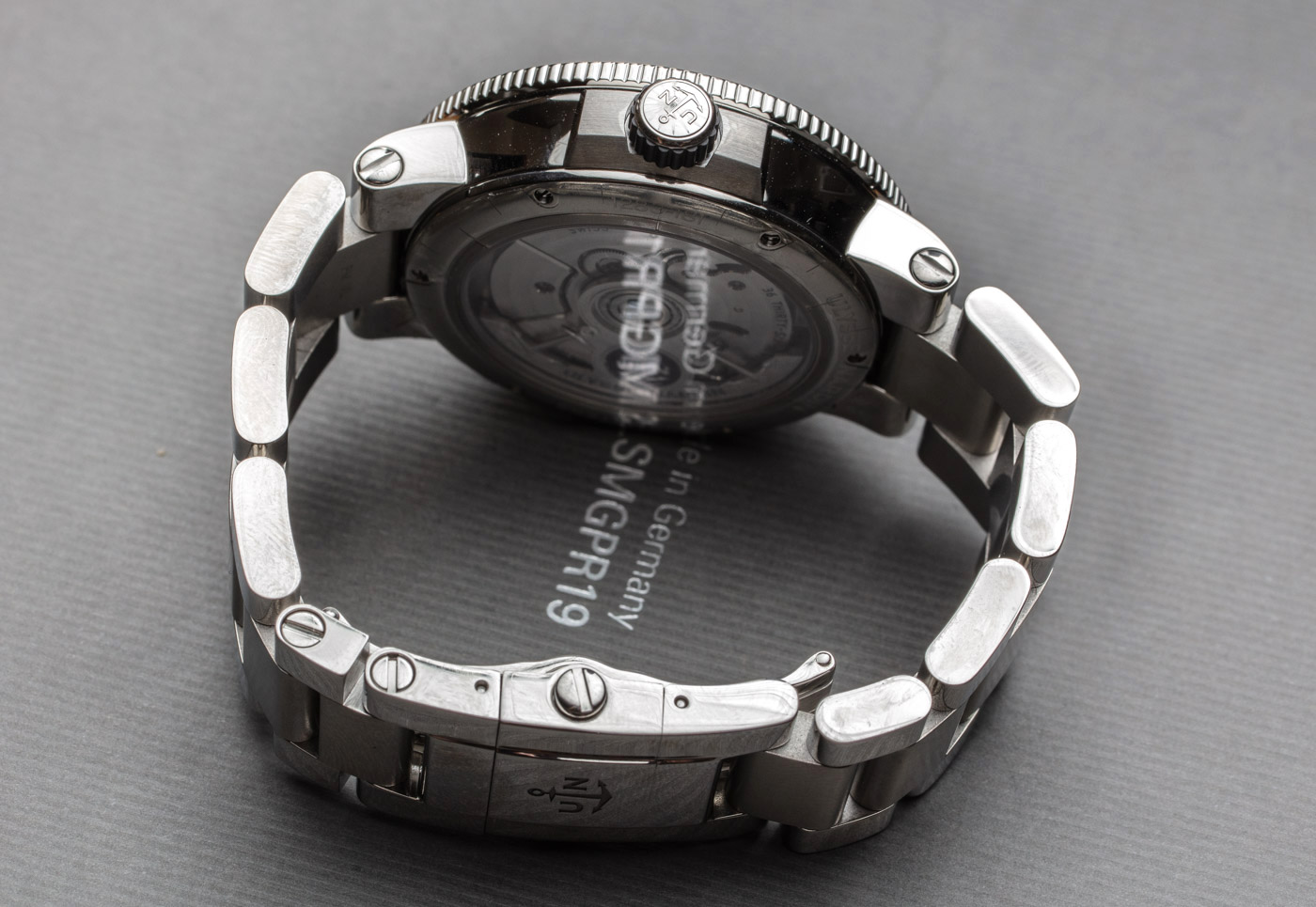 I prefer the bracelet — mostly because one is offered. The three-link steel bracelet is simple in design and high-quality in construction. It merges well with the shape of the case and offers a very comfortable wearing experience (though the strap options are nice, as well). Ulysse Nardin also offers the steel bracelet for a pretty reasonable price (just $700 more than the alligator strap version): ref. 1283-181-7M/E0 at a retail price of $28,700 USD. Learn more at the Ulysse Nardin website here.

Necessary Data
>Brand: Ulysse Nardin
>Model: Marine Tourbillon (ref. 1283-181-7M/E0 as tested)
>Price: $28,700 USD
>Size: 43mm-wide
>When reviewer would personally wear it: When wanting to not call too much attention to myself but at the same time to be noticed as successful.
>Friend we’d recommend it to first: Marine chronometer dial-style watch fans who feel they can splurge a bit and opt for the tourbillon versions of the Marine versus the mere automatic version.
>Best characteristic of watch: Pretty much everything is done quite well with overall good attention to detail and consistently harmonious design elements. Dial is legible, case and movement are well made, and the price is pretty reasonable.
>Worst characteristic of watch: Noticeable lack of finishing under the tourbillon cage seems like a missed opportunity.