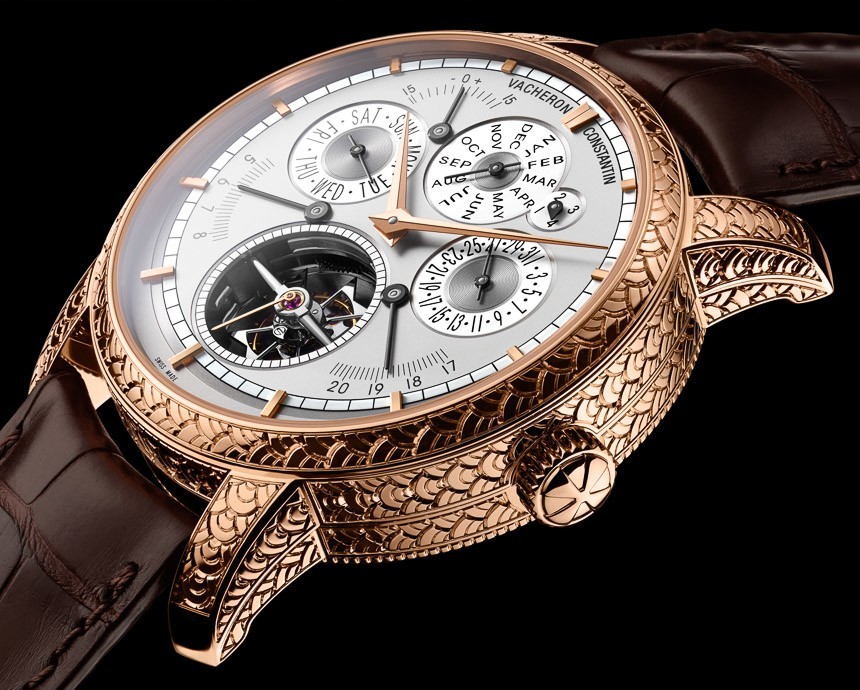 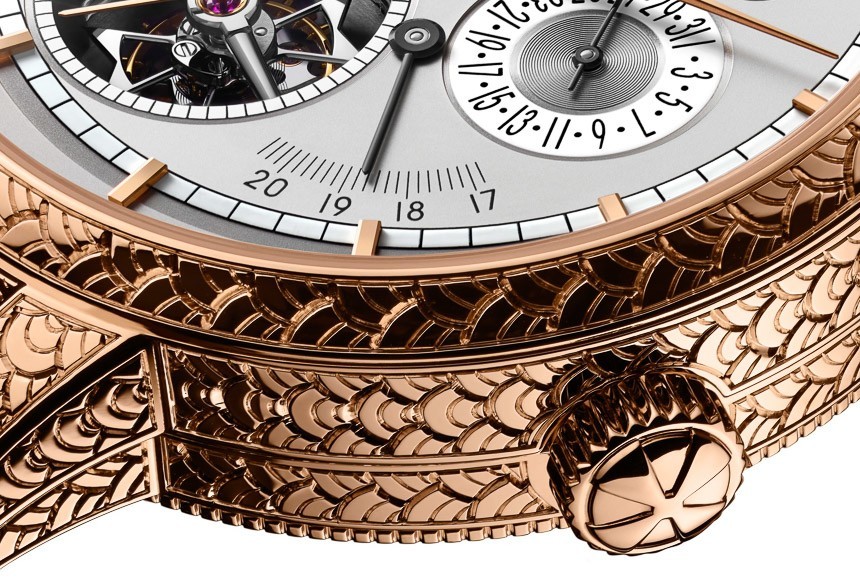 Additional information on the dial of the watch includes indicators for the sunrise and sunset times, as well as the equation of time. The former complications must be set to a particular place in the world such as someone’s home or birth city. This information taken along with the calendar offers a precise ongoing indicator of when the sun will rise and set. The equation of time complication (placed between 10 and 11 o’clock on the dial) offers the changing difference between civil time and solar time. Unless your dragon is somehow effected by the sun, unfortunately none of these functions will help you with dragon taming/riding/fighting.

While Vacheron Constantin has not released images of the rear of the Vacheron Constantin Traditionnelle Calibre 2253 L’Empreinte Du Dragon watch, it features a sapphire crystal caseback over the movement. The movement rear has one additional complication, and that is a power reserve indicator. This and other Vacheron Constantin movements bear the Seal of Geneva (Hallmark of Geneva, Poinçon de Genève), which is a special marker on movements that have been produced in the canton of Geneva in Switzerland, that have further passed various tests ensuring both quality and traditional decoration in a mechanical movement. 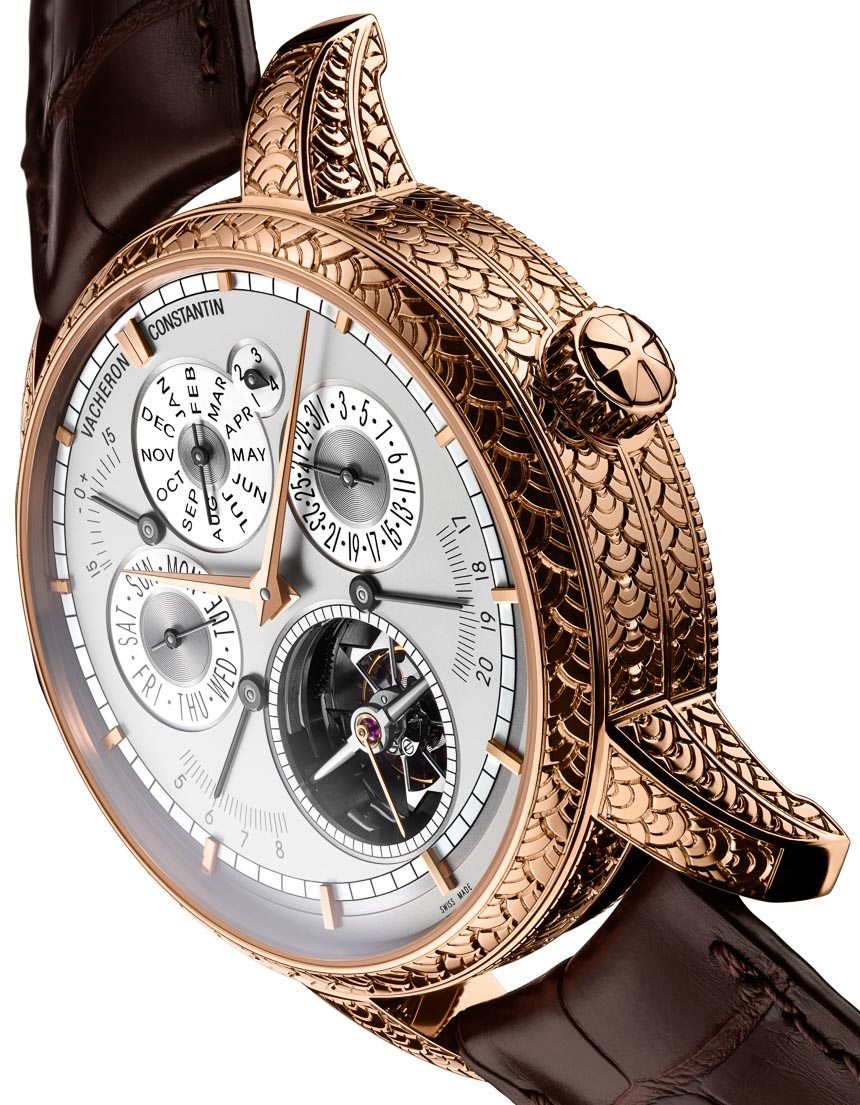 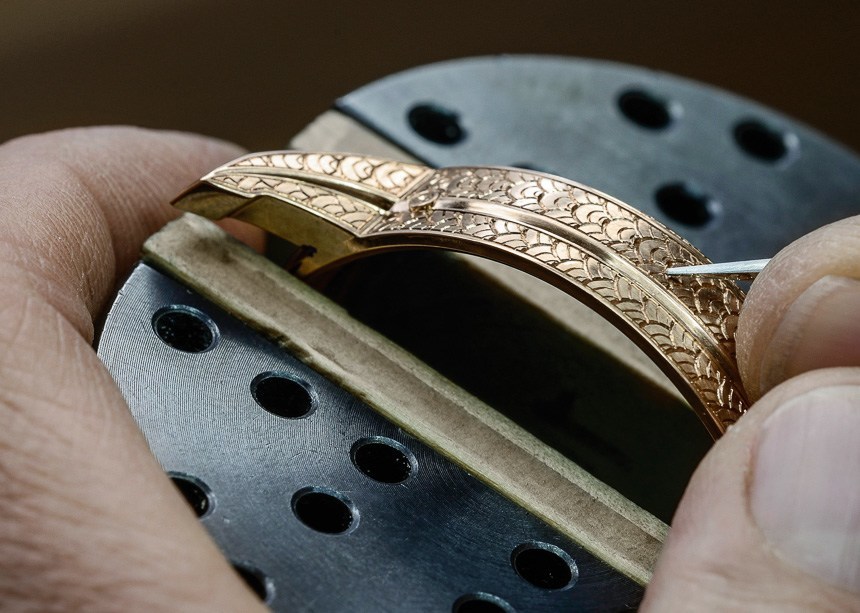 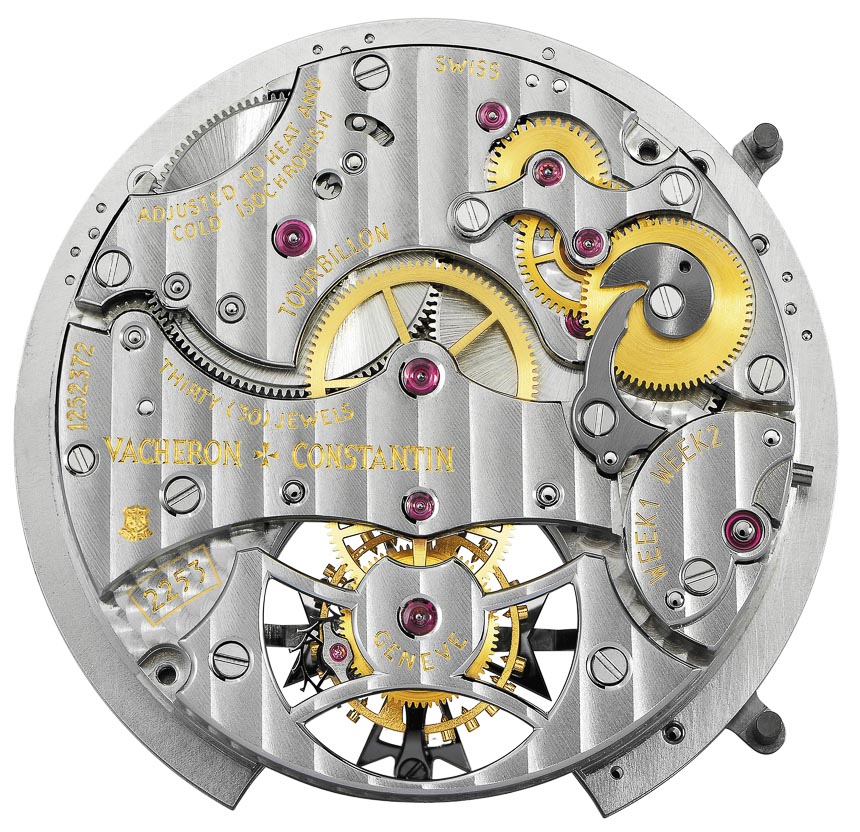 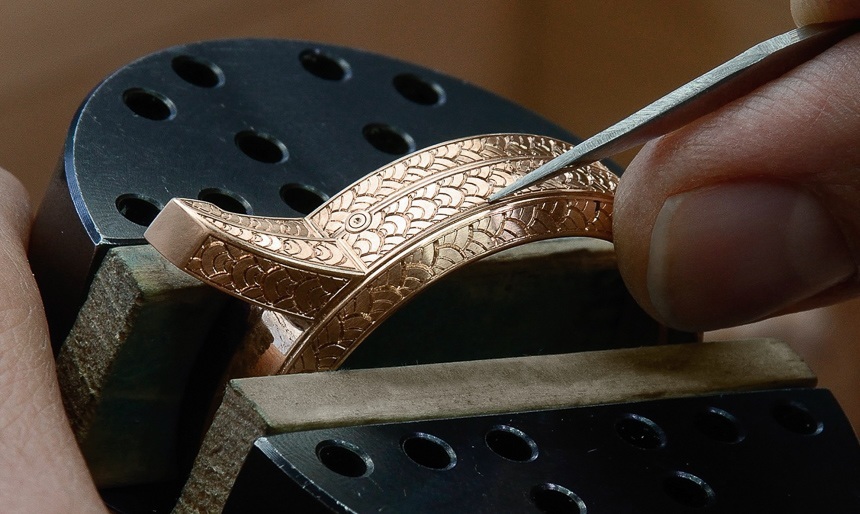 One of the things I love about complicated pieces such as this from Vacheron Constantin is how legible they are. The information on the dial is elegantly laid out, and despite all the hands, reading the time is simple and effective thanks to the gold dauphine-style hands. Vacheron Constantin produces other versions of this movement that maintain the 14 Day Tourbillon, but have varying complications which changes the look of the dial. In my opinion, watches like the Poinçon de Genève Traditionnelle Calibre 2253 L’Empreinte Du Dragon help define what the modern Vacheron Constantin as a brand is all about.

In terms of wearing size, the Poinçon de Genève Traditionnelle Calibre 2253 L’Empreinte Du Dragon is 44mm wide and 15.6mm thick in 18k pink gold. That is actually not entirely too large for a timepiece such as this, given the complexity of the movement. It is certainly cool enough to wear on a daily basis. Especially if you are a particularly successful and worldly sort of dragon handler. 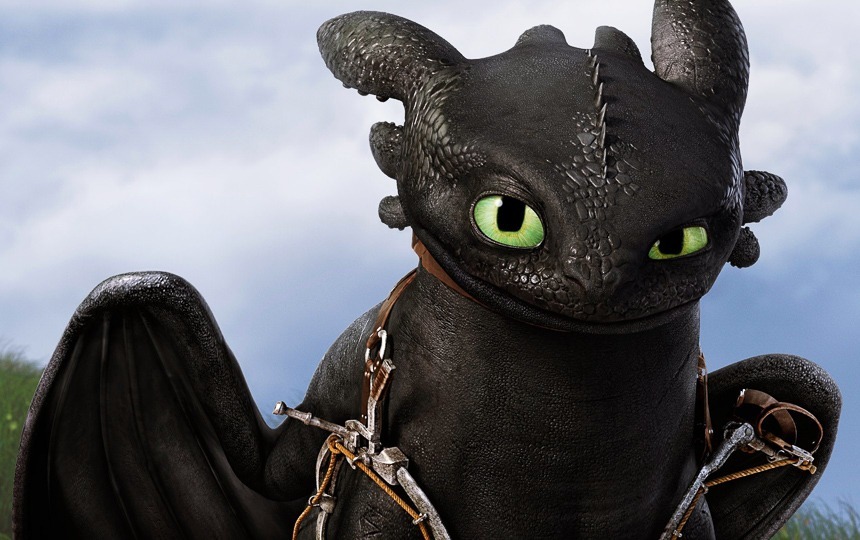 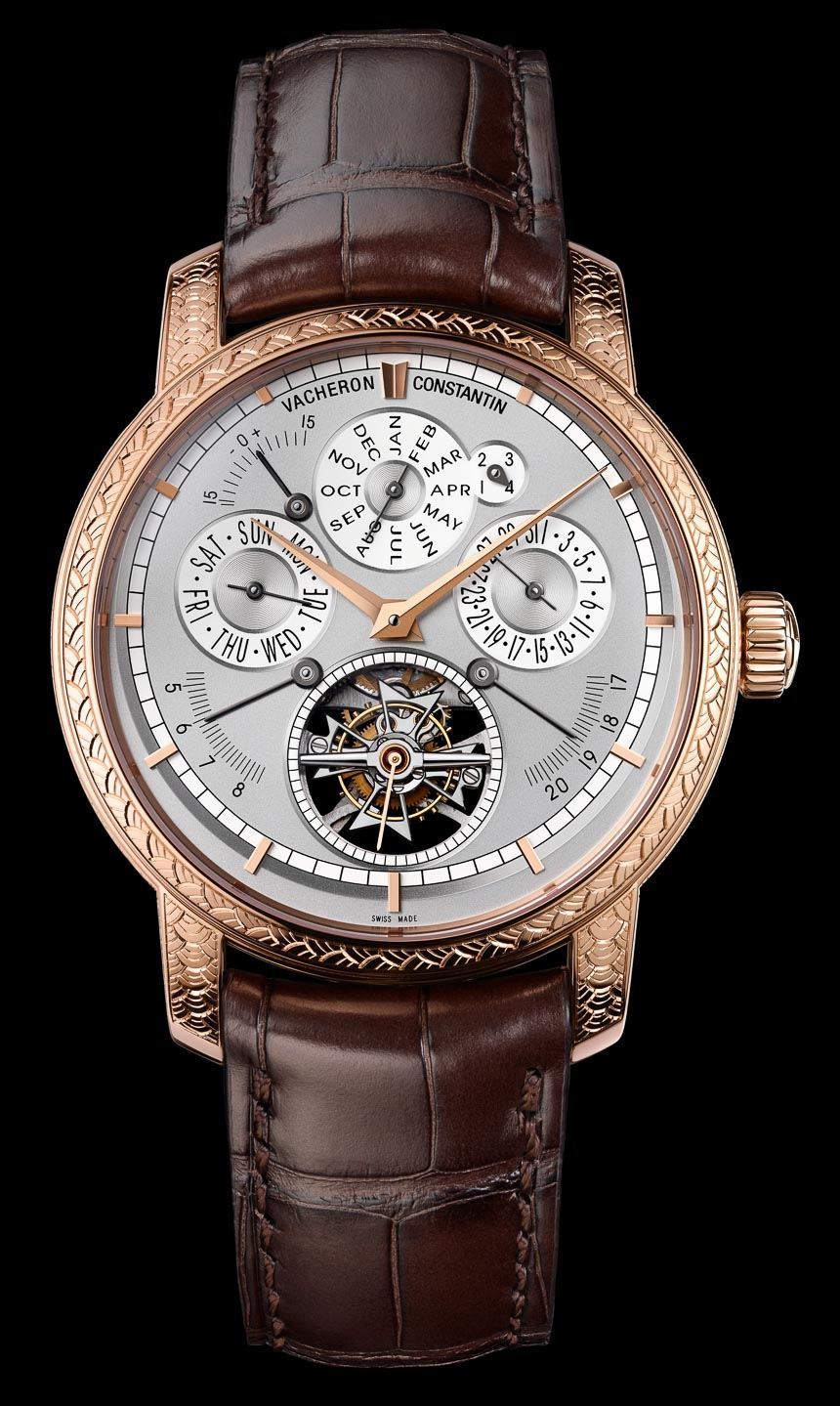 Another good thing about the dragon scales motif engraved in the case is that it doesn’t look silly. Then again, if you didn’t know the “Traditionnelle Calibre 2253 L’Empreinte Du Dragon” of the watch, you might think that they are fish scales or something else. Then again, since Vacheron Constantin is only producing one of these watches I don’t think the single owner will be particularly confused about the watch that they bought. It is also probably a good idea that only one person own a watch with the ability to summon a dragon guard at will. That is part of what you get for the purchase price (right?). By all means, start spreading that rumor as it would bring my great amusement. Vacheron Constantin isn’t offering a price for the piece unique Vacheron Constantin Traditionnelle Calibre 2253 L’Empreinte Du Dragon ref. 88172/001R-A104 watch, but given the price of other Patrimony Traditionnelle Calibre 2253 timepieces, it will be in the vicinity of $500,000. vacheron-constantin.com