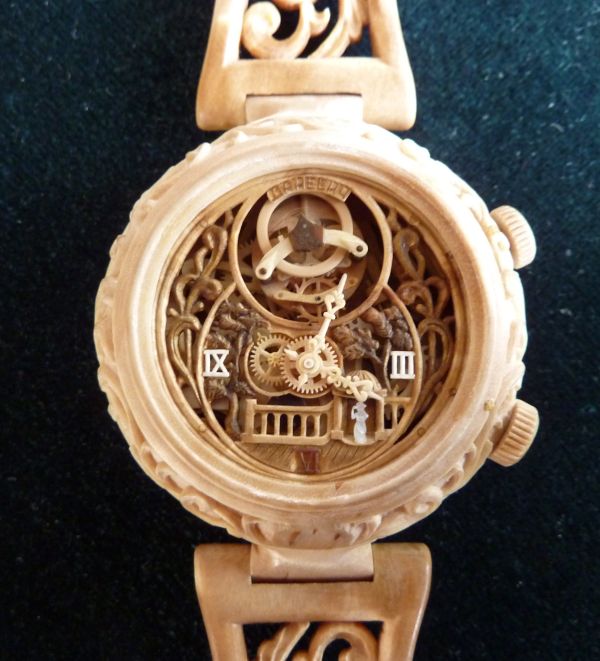 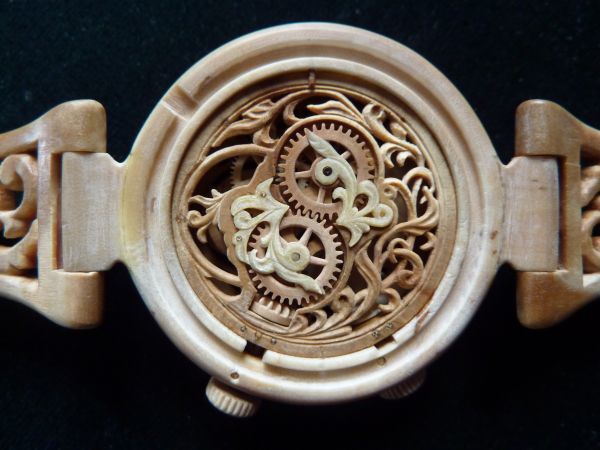 Ukrainian Valerii Danevych makes wood watches with actual wooden movements. “It’s a functional work of art.”  This is a phrase that can sometimes be thrown around with reckless abandon – especially when it comes to our beloved watches.  To be sure, mechanical watches – regardless of their vintage – are engineering marvels, given that they give us a miniature machine that tracks the passage of the day.  We’ve recently caught wind of some mechanical watch designs that are very worthy of being called works of art – and functional ones at that.

First things first – yes, these are truly made of wood.  But make no mistake – these are quite different from other wooden watches that have hit the market from companies like WeWood , Sprout , or assorted Kickstarter projects.  Those other makes feature wooden cases (and sometimes bracelets), but the movement working away inside is the very familiar (and very non-wooden) quartz-driven type.  For these watches from Valerii Danevych, every single piece (aside from the springs) in the watch is made from wood. 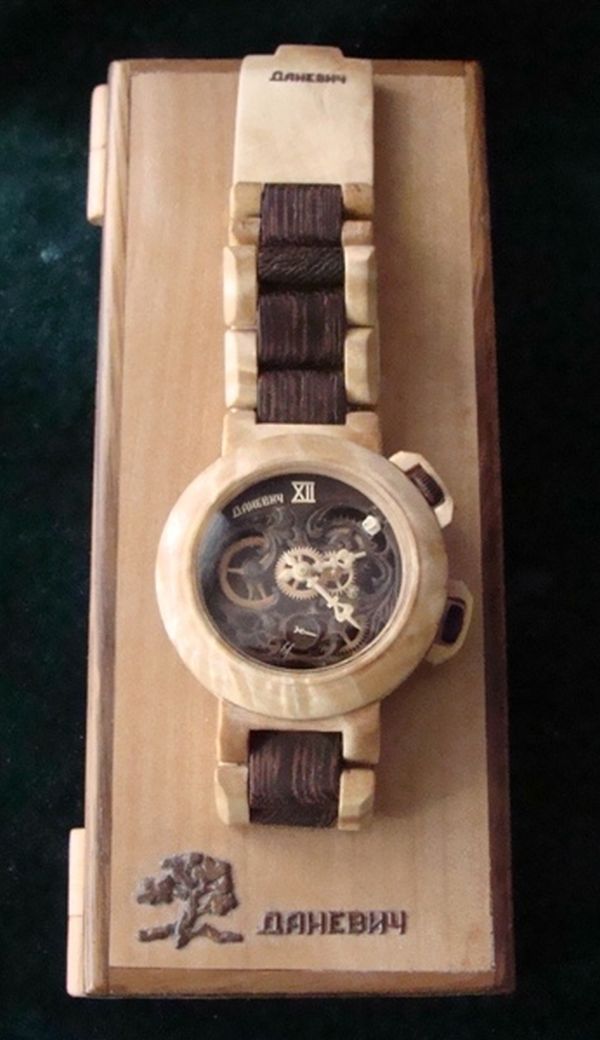 Perhaps we could prattle on about how eco-friendly these designs are, but that’s really not the focus of these pieces.  First and foremost, each component is a beautiful sculpture in its own right, assembled into a wearable masterwork.  And that’s another term (masterwork) I feel safe using, as Mr. Danevych was inducted into the Horological Academy of Independent Creators (AHCI) in 2012.  So, how did he get to the point of creating these? 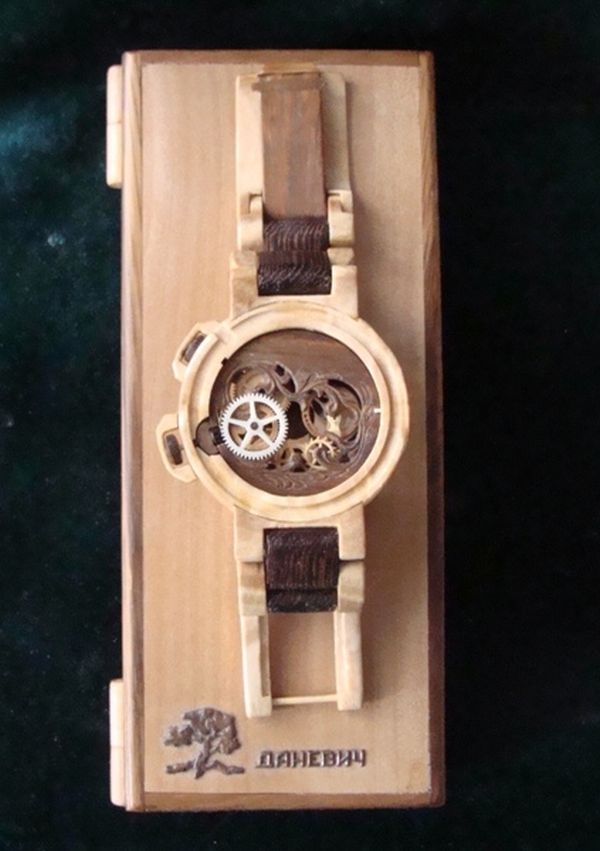 Born and raised in Kiev, Mr. Danevych was born into a family which, for generations, have been cabinetmakers. With that as his background, he was already creating miniaturized items, such as a 3cm guitar (which used hairs as strings) as a schoolboy.  This led to a career as a precision joiner. Doing “regular” construction and restoring items wasn’t as fulfilling as he might have hoped.  So, in 2005, he ran with the idea of creating clockworks using his woodworking skills – and without any education as a watchmaker under his belt.