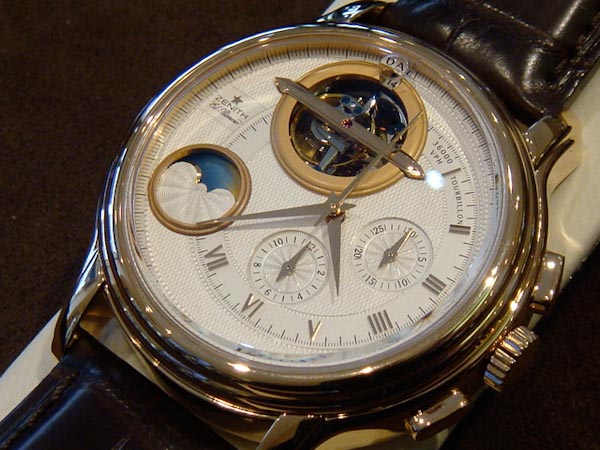 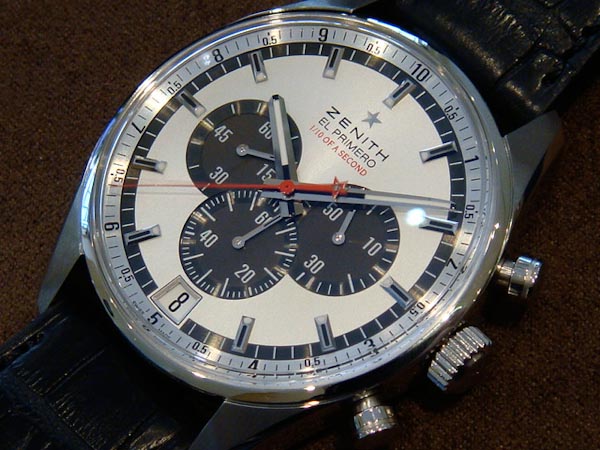 I had the pleasure of sitting down with Jean-Frederic Dufour, the CEO of Zenith, on his visit to Los Angeles to present the El Primero Striking Jean-Louis Etienne,” a special edition chronograph honoring the Arctic explorer of its name. The event took place at Westime in Beverly Hills, an influential watch boutique and one of Zenith’s authorized dealers.

A charming man spring-loaded with enthusiasm, Dufour loves to retell the story of the beginnings of Zenith when Georges Favre-Jacot at the age of 22 invented the modern manufacture with all the specialties under one roof. Dufour is proud of the fact that Zenith started as a true manufacture and still is to this day, making all their own parts, including hairsprings, and even residing at the same address since 1865. 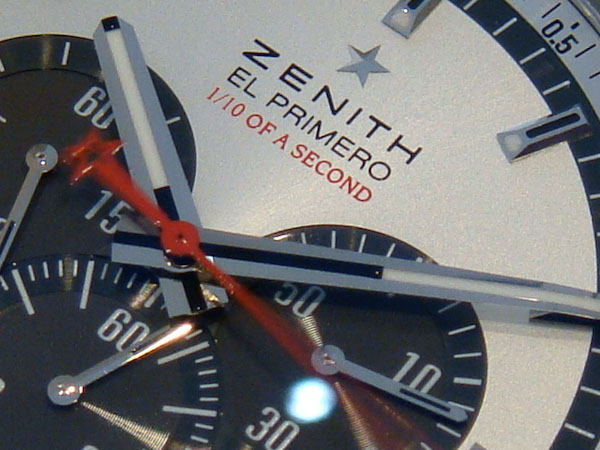 Dufour has only been overseeing the company a little over a year and his main objective has been to bring back the true brand identity of Zenith, which he defines as a pioneering spirit. As an outward expression of this pioneering spirit, Zenith makes alliances with those who capture this ethos, men such as Felix Baumgartner, who plans to break the sound barrier with his own body, and Jean-Louis Etienne.

The idea of a modern explorer has morphed since we have exploited the reaches of our planet. In the early 21st century, when the oceans have been plumbed, the poles of the earth reached and the moon traversed by several countries, there are few and far between those who embody the concept in a physical sense. 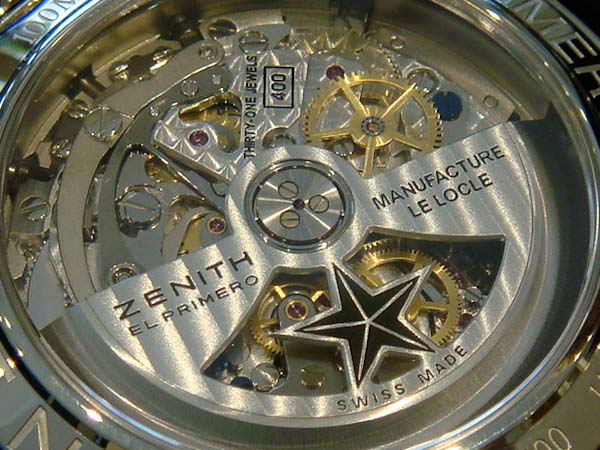 Dufour acknowledges that it’s difficult to find individuals today who represent a pioneering spirit in the typical way. Now it’s those who are developing the modern world rather than conquering it: scientists, artists, and philanthropists–anyone who exceeds the boundaries to show us a new landscape of perspective. Dufour said his wish list of people who would wear a Zenith include Bono and Steve Jobs. These two men inspire him because they make people dream and as Dufour said, “without dreams you don’t step ahead.”

Dufour brings an arsenal of experience to the table, having studied Economics at university followed by the gamut of positions at several watch brands: marketing at the Swatch Group, product development for Chopard, and sales with Ulysse Nardin. He refers to himself as a conductor in the orchestra of the Zenith watch company. 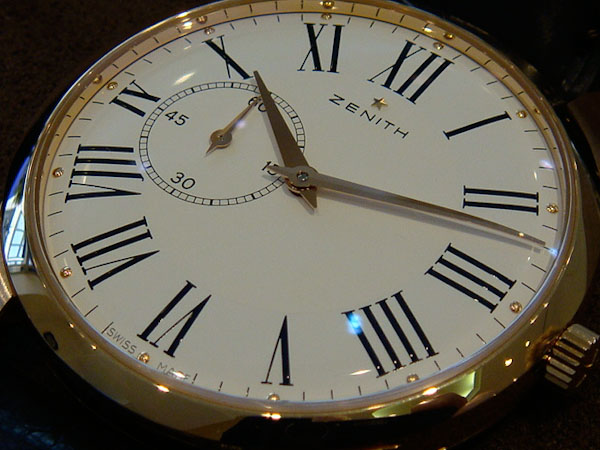 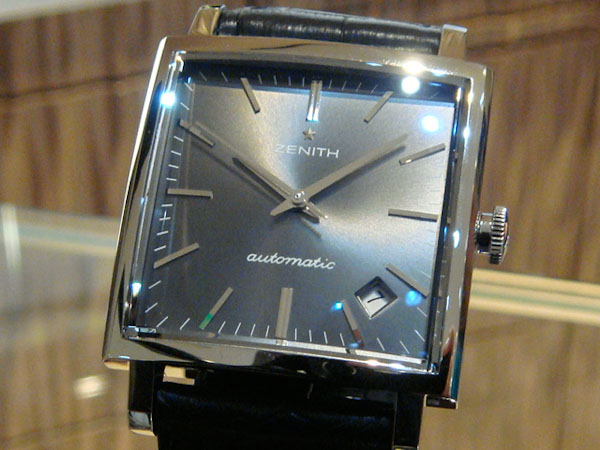 In his short tenure, Dufour has already started to steer the brand back to its core values, which he cites as to take risks and be curious, courageous and creative. He describes the Zenith collection as having two pillars: classic and iconic. Obviously, it’s the chronographs that fall into the iconic category, while the Christophe Colomb, with its fascinating gimbaled tourbillon represents the high horlogerie classic element.

In the development of the chronograph, Zenith has a special place in history. In 1969, they presented the first self-winding chronograph called the El Primero, a high-beat movement oscillating at 5hz (36,000 bph). When asked if Zenith will continue its research into the chronograph to bring us new developments, Dufour said, “Accuracy is our field,” and since it’s believed that the higher the frequency the more precise the movement, Dufour hinted that they are pushing for even higher bph’s. 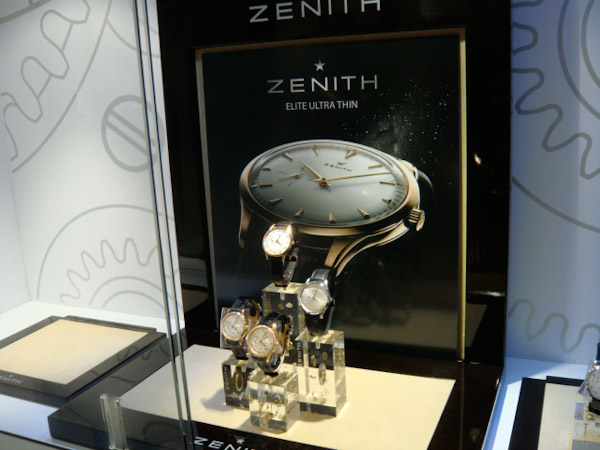 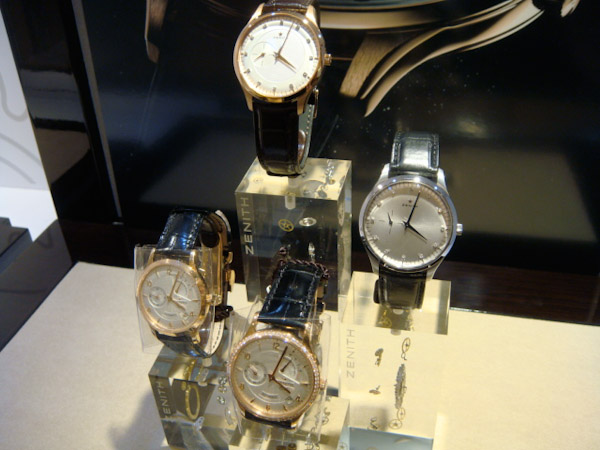 In the works is also another iteration of the El Primero. Since it’s been over 40 years since the calibre’s development, Dufour feels it’s high time the movement got a nudge into the 21st century to reflect the larger case sizes in fashion now. Don’t be surprised to see a new construction of the El Primero in future watch designs.

So what makes Dufour so uniquely qualified to take on the challenging job of repositioning Zenith? Jean-Claude Biver, who Dufour not only refers to as a mentor but also a friend, told Dufour at the beginning of his career that he had something different from others, something evident right away. He possessed a sensibility in the true sense of being able to feel the product.

With Dufour at the helm, Zenith seems poised to rise to a second glory and to fulfill Dufour’s wish of making the brand a landmark for chronographs and manufactured watches.