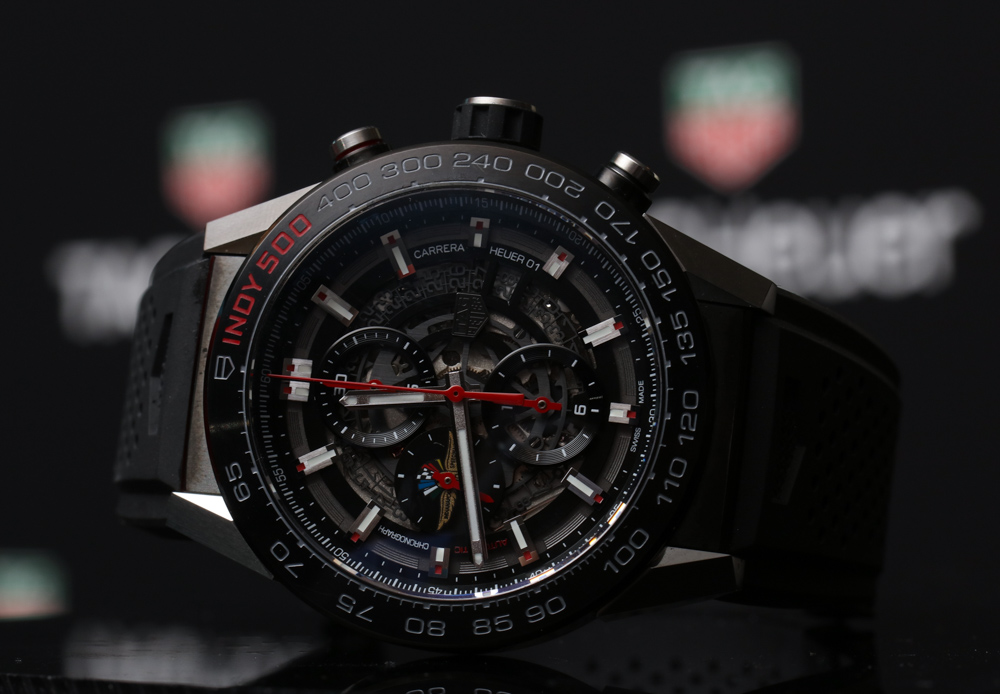 In May of 2016, aBlogtoWatch giveaway winner Todd M. joined me in traveling to Indianapolis to experience something truly American, the 100th running of the Indianapolis 500 with race event sponsor and watch maker TAG Heuer. We made a cool video about it which explores a new story concept we are working on that you can see below. The Indy 500 is the premier American racing event and similar in many ways to Formula One (of course, there are plenty of differences between the two race series as well). TAG Heuer has actually been involved in both racing worlds (among others) for decades and has been an important Indy 500 sponsor for some time.

Racing and TAG Heuer go together very well because, since the 1960s, the Heuer brand was utterly synonymous with cars and motorsports. Today, most of the brand’s major watch collections such as the Carrera, Monaco, Autavia, Monza, etc. are all based on the brand’s historical as well as contemporary relationship with all fast things on four wheels. In collaboration with TAG Heuer, I was pleased to offer an aBlogtoWatch audience member a chance to experience this important race experience in person, and at the same time get a new TAG Heuer watch to add to their collection. Feeling fortunate to be the chosen one out of a pool of more than 1,000 entrants, Todd flew with me to Indiana and we got to enjoy the busiest Indianapolis 500 running ever, with an estimated 500,000 guests. Whatever it cost TAG Heuer was worth it, as the dense population of fans came to the event casually dressed for the hot weather, but sporting their best sporty timepieces – including a lot of TAG Heuers. In addition to the winner’s Carrera Day Date watch that he won, included in this article are images of the limited edition of 100 pieces TAG Heuer Carrera Heuer 01 Indy 500 watch (that, as I understand, was already sold out by the time the race started). I believe that it was the first limited edition version of the still new TAG Heuer Carrera Heuer 01 watch collection (aBlogtoWatch review here). In addition to seeing the Indy 500 race and getting a new TAG Heuer watch, Todd was able to be there as we filmed a cool show concept called Chasing Time with our video partner SponsorRocket (special thanks to them and their team who we will continue to work with). If you like the video let us know and we can see about making more of them. Rather than talk about TAG Heuer at the Indy 500, I recommend you just watch this Chasing Time video about TAG Heuer and what its like to go with aBlogtoWatch to Indianapolis 500.

Thank you to everyone who enters the monthly aBlogtoWatch giveaways and also many thanks to our partner for this giveaway TAG Heuer.