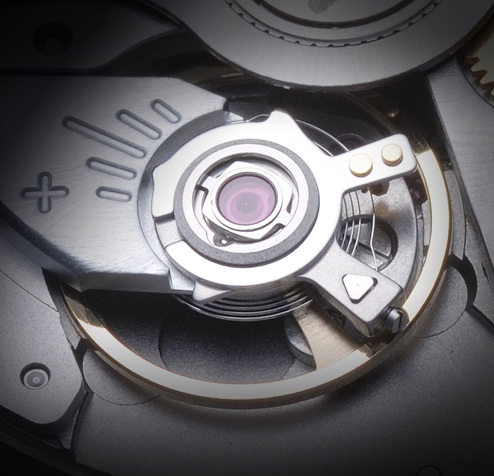 For about 10 years ETA has been threatening to stop supplying third-party (outside the Swatch Group) watch brands with movement kits. The horological drama has been high, with the Swiss government weighing in several times, and ETA seemingly going back and forth with what they are going to do. Before Nicolas Hayek died, the latest was that ETA would no longer be supplying (ebauches) movement kits to third party watch brands, but they could get assembled kits. There were rumors that he actually would be giving kits to select outside Swatch Groups brands that he hand picked. Then he died, and now it isn’t clear who will get ETA movements and how. Whatever the fact may be for the next few years, watch brands that used to rely on ETA movements have been looking elsewhere for alternatives. This is because completed movement kits from ETA would be much more expensive and much harder to get. One place many have looked to is Japan. While Japanese movements don’t have the name prestige that Swiss movement do, they are often very good, and high in the value department. I got news that Citizen owned Miyota has developed and released a new line of mechanical movements made to compete with some work-horse ETA movements such as the wildly popular 2824 automatic. The new collection from Miyota is the Calibre 9000 series, and comes in three flavors right now.

The first is the Calibre 9015, which is the closest competitor to the 2824. The same width as the 2824 (11.5 linges), this mechanical movement features automatic winding, hand winding, the date, and three-central hands. Power reserve is over 42 hours, and it beats at 28,800 bph. Nicely decorated, the movement is supposed to cost a lot less than the gold standard from Switzerland that it is competing with. The entire point of the movement is to serve is a viable alternative to the 2824 that is much cheaper but satisfies the consumer in the best possible manner. It is also quite slim at 3.9mm thick. Click here for a full technical description. Next is a very similar watch movement, but this one has an open view into the escapement. This is the Miyota Calibre 90S5. Aside from the open escapement (for when designers want to have a window to the “beating heart of the watch” on the dial), the 90S5 should be more or less identical to that 9015. You can see full technical description of it here.

Last is the Calibre 9100. This pieces offers a few complications, but is still mechanical. Complex Japanese movements like this are quite rare. The majority of mechanical Japanese movements out there have just the time and a day/date function. If you saw a movement like this in a Japanese watch, you’d likely assume it was a quartz movement. While the 9100 will be the lease used of the three here, it is the most interesting. Functionally it has the time, day, date, month, a synchronized 24 hour hands, and a top mounted power reserve indicator. Not sure whether it is an annual or monthly calendar (would dictate when the calendar needs to be adjusted). A Swiss movement like this would not be cheap, and Miyota will offer it for what are comparatively speaking – bargain prices. I don’t have a price list in front of me, but I know the savings over Swiss movements will be substantial. Click here for a full technical description of the 9100. While the prices for these movements will likely be impressive given their quality and function, they are still going to be hard to get. This I know. Another issue is accuracy. While there are some higher-end Japanese movement with amazing accuracy, most of those that compete with rank-and-file Swiss ones aren’t ultra impressive. But that really, really depends on what you compare them against. A 2824 can be regulated to be within COSC Chronometer accuracy (about 4-6 seconds a day accuracy), but Miyota lists the Calibre 9000 series has having between 10 – 30 seconds a day accuracy. While it is possible that my expectations are wrong, the range closer to 30 seconds a day rather worries me. Does that mean they can be upgraded or regulated for addition accuracy? Perhaps. I wonder where the weak link is. The balance spring? The mainspring? Not sure.

Watch brands out there will have a new set of weapons when wanting affordable “nice” mechanical watches. Everyone else out there should know what these new Miyota Calibre 9000 movements are all about when seeing them in watches. Look for them pretty soon.