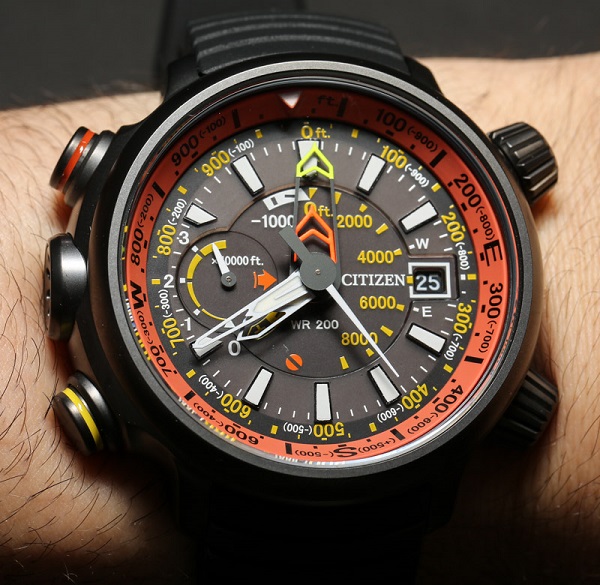 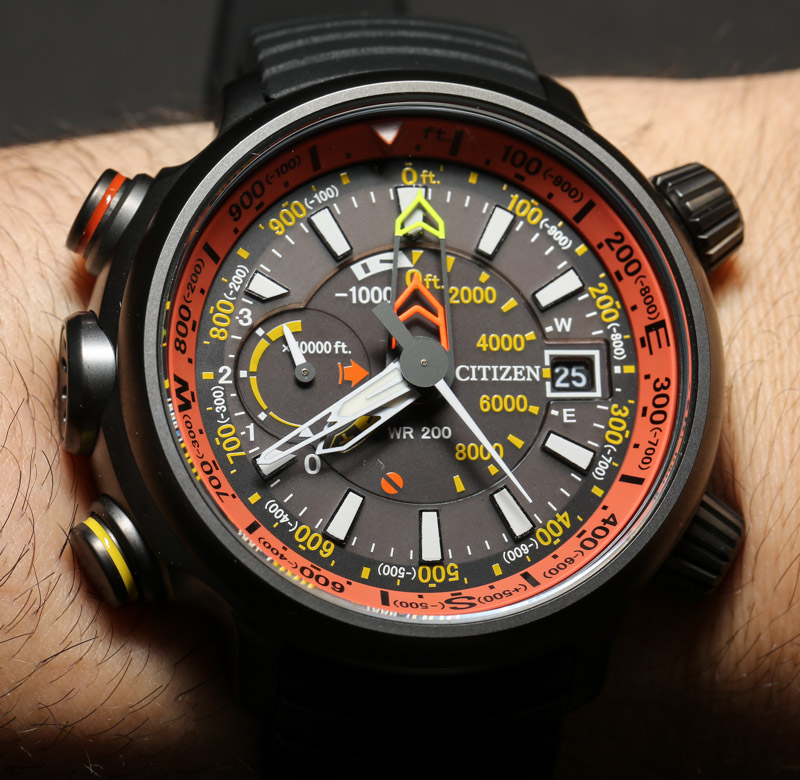 For 2013, Citizen watches remakes the famed Altichron that originally showed its face (no pun intended) in 1989. A mere comparison of the 2013 versus the 1989 model shows just how far Japanese watch brands (as well as the overall timepiece industry) has come. 24 years after its original debut, the new Altichron has some new tricks for sure, but looks much more visually stunning. The tool part of the watch has become amazingly much more showy. See a picture of the original Altichron below.

The new Citizen Promaster Eco-Drive Altichron is a totally analog digital sensor watch that includes a compass and altimeter. It of course tells you the time and the date as well (and a power reserve indicator for the charge remaining in the battery). This latter feature is handy and we appreciate the light-powered Eco-Drive watches that have them as after sitting around for a while it can be difficult to know how much life is left in the battery and if it is safe to take or if it needs to sunbathe for a while (to charge). 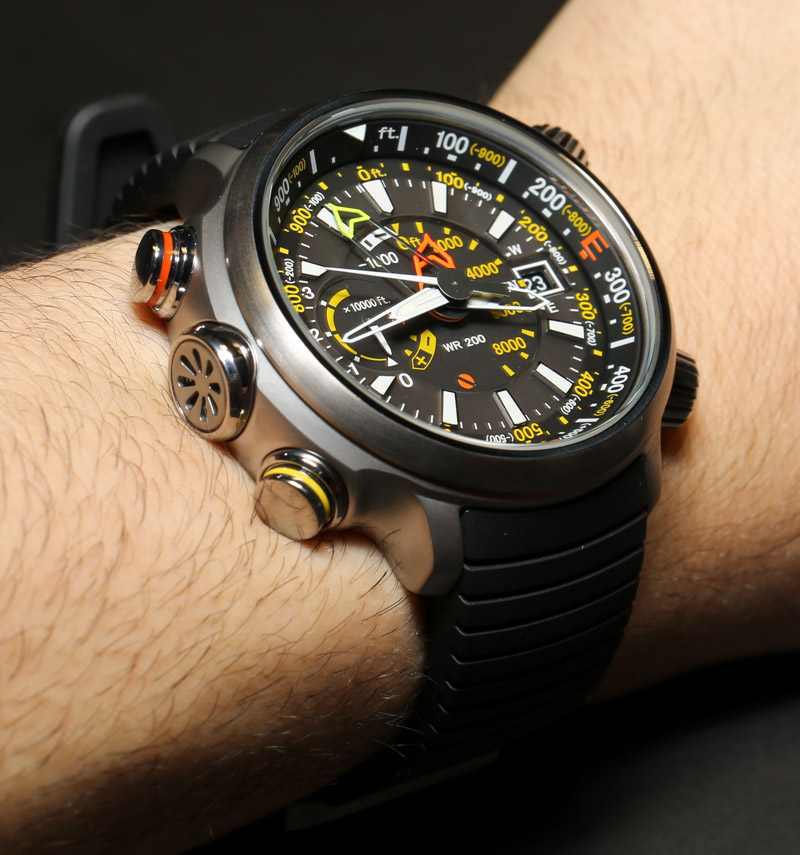 Size for the 2013 Altichron is way up from the original as the new model is a whopping 49.5mm wide. Having said that, all versions of the Altichron come in a titanium case and these are on par with Casio’s Pro Trek multi-sensor watches which are its natural competitors. Both Citizen and Casio have a fascination with removing the digital part of quartz watches and making them as analog as possible. Style-wise they always look better, but functionality always seems to suffer. A recent example can be seen in our review of the Casio G-Shock GW-A1000 watch.

In this case you can see a lack of features such as a weather-predicting barometer or thermometer. Perhaps those aren’t too useful on a watch, but when it comes to Japanese gadget watches, we tend to prefer all the functionality we can get. Hopefully less features means a more simple and enjoyable operating experience. Here the Altichron does not fare too badly. Pushers on the left of the case flank the sensor for the altitude and are color coded with the function you want to activate. Orange will tell you your altitude from minus 300 meters (1,000 feet) up to 10,000 meters (32,000 feet). I am not sure if you can use the function underwater, I doubt it. The watch is however water resistant to 200 meters. UPDATE: Citizen has noted that the Altichron is not intended as a diver and will not measure water pressure or depth. Note that there will be distinct versions of the Promaster Altichron that indicate distance in either meters or feet. The watch cannot display both – so choose wisely. 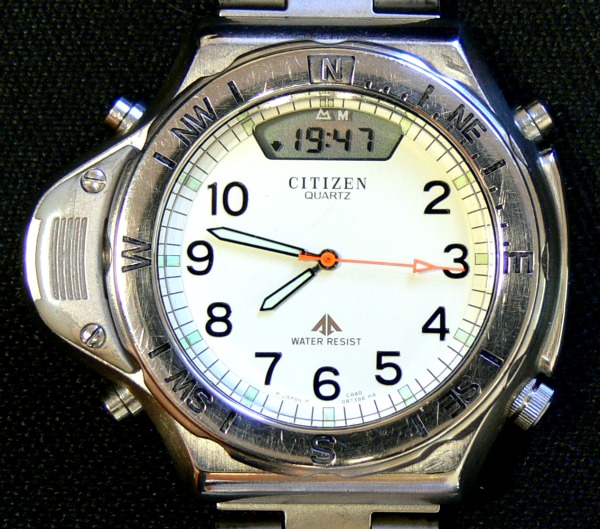