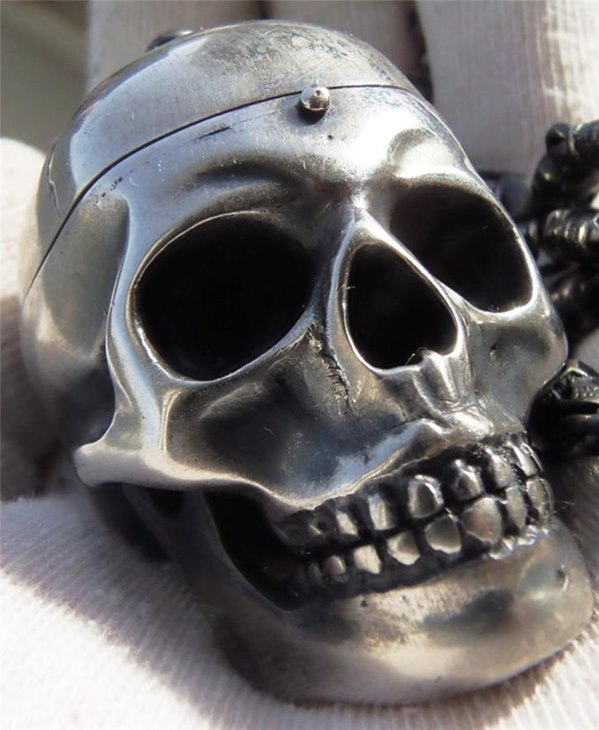 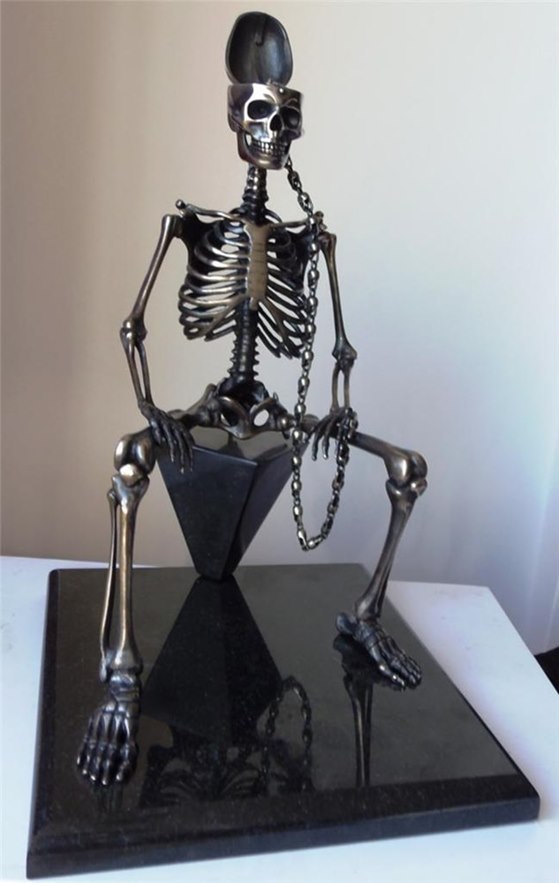 We found something very special on eBay that is an antique 18th century table sculpture and pocket watch. This unique creation appears to be a cast bronze figurine of the skeleton which sits atop a marble base. Apparently it was designed to sit on a desk, and the skeleton itself is sitting on an upside down pyramid. The skull detaches and opens up to reveal a pocket watch produced by a famed Swiss watch maker. 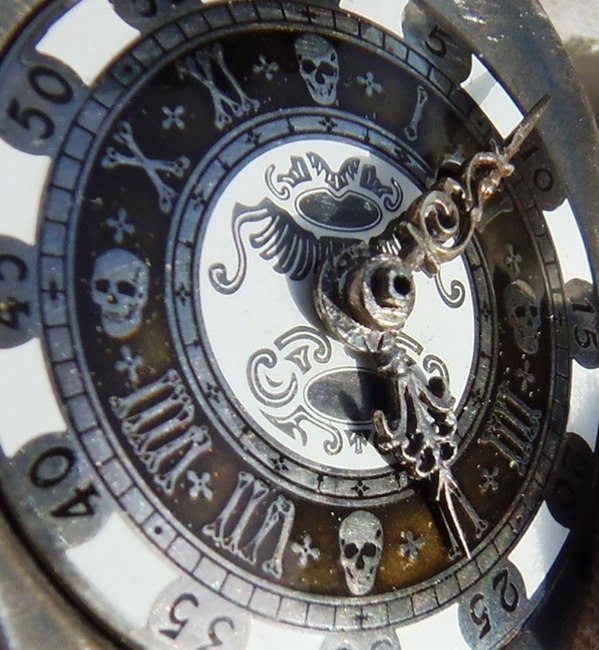 The movement itself was produced by Swiss clock and watchmaker Ferdinand Berthoud, who was born in Neuchatel in 1727. Having died in 1807, this movement was likely produced in the latter part of the 18th century. The pocket watch movement features a fusee & chain style transmission that was used for accuracy over time.

It is clear that Berthoud produced the movement, but it is unclear whether he was the one that placed it in this particular skull case and skeleton table clock. It was very customary at the time for movement makers to be wholly separate from those who would case the movements and sell the watches.