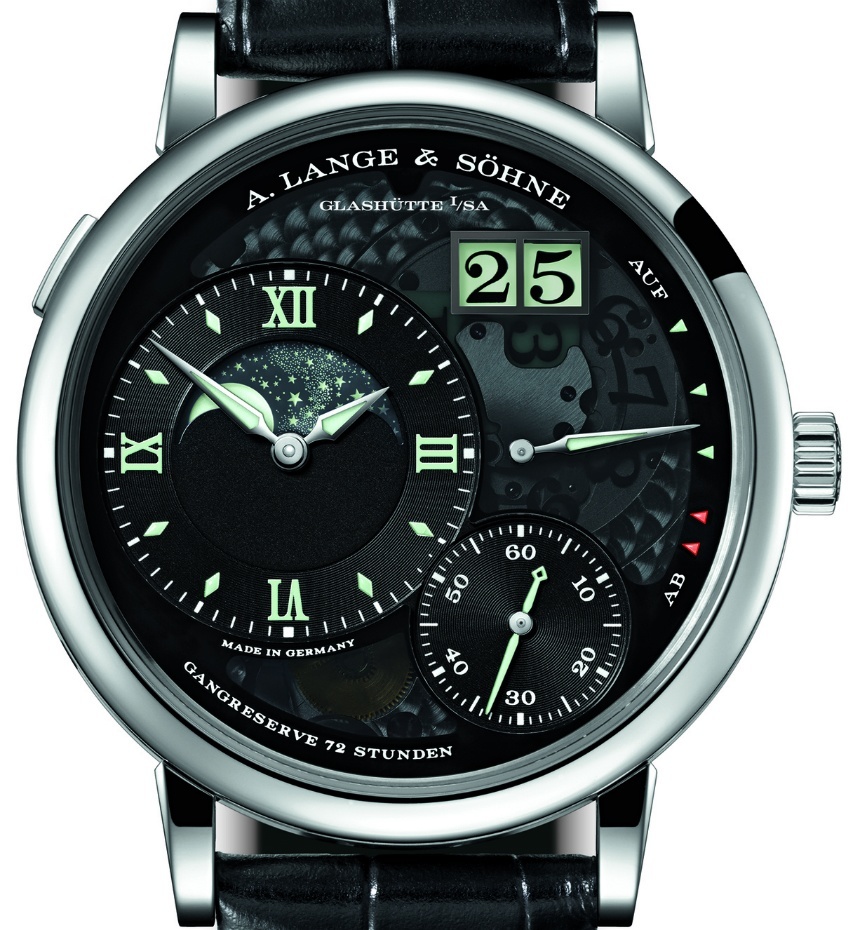 Having the opportunity to analyse new watches of this calibre is really quite something. A. Lange & Söhne have a long and rich history of watchmaking excellence that has been compounded over the past decade. With the SIHH 2016 release of the A. Lange & Söhne Grand Lange Moon Phase Lumen watch, the Glashütte-based manufacture has combined the show-stopping complications of two of their previous Grand Lange watches. 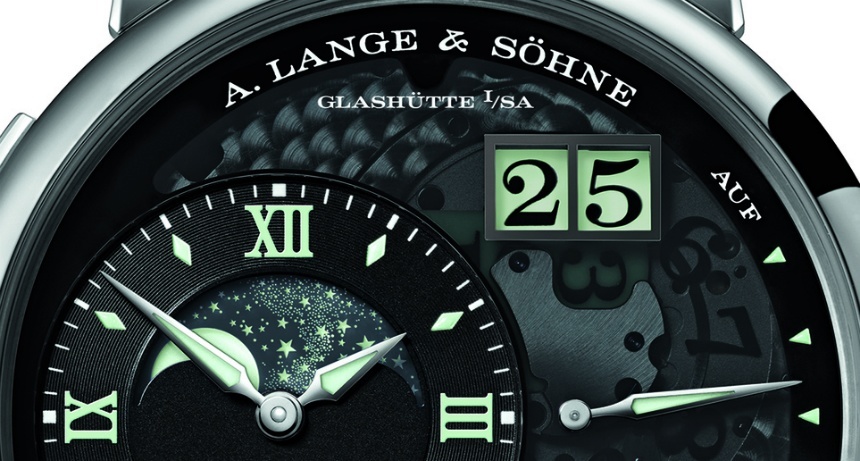 Seeing a new piece that literally integrates the selling points of previous models is quite unusual. You might wonder how the A. Lange & Söhne Grand Lange Moon Phase Lumen watch reflects on its forerunners, but given there will only be 200 pieces of this exceptional piece made available, it seems like there won’t be enough to go around in any case. 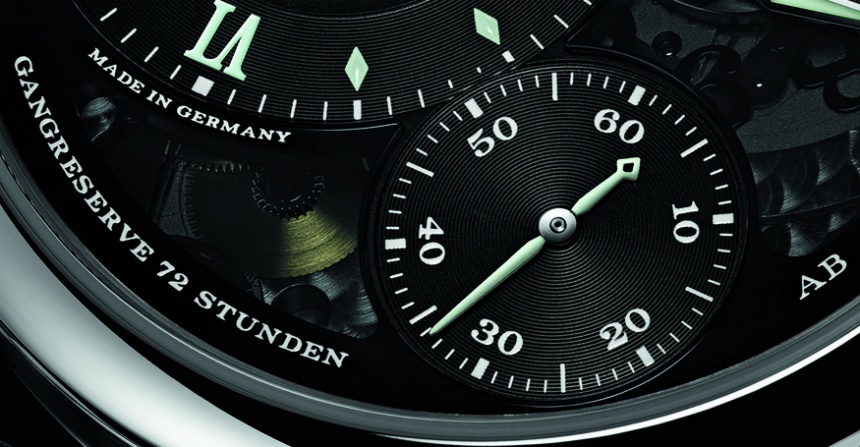 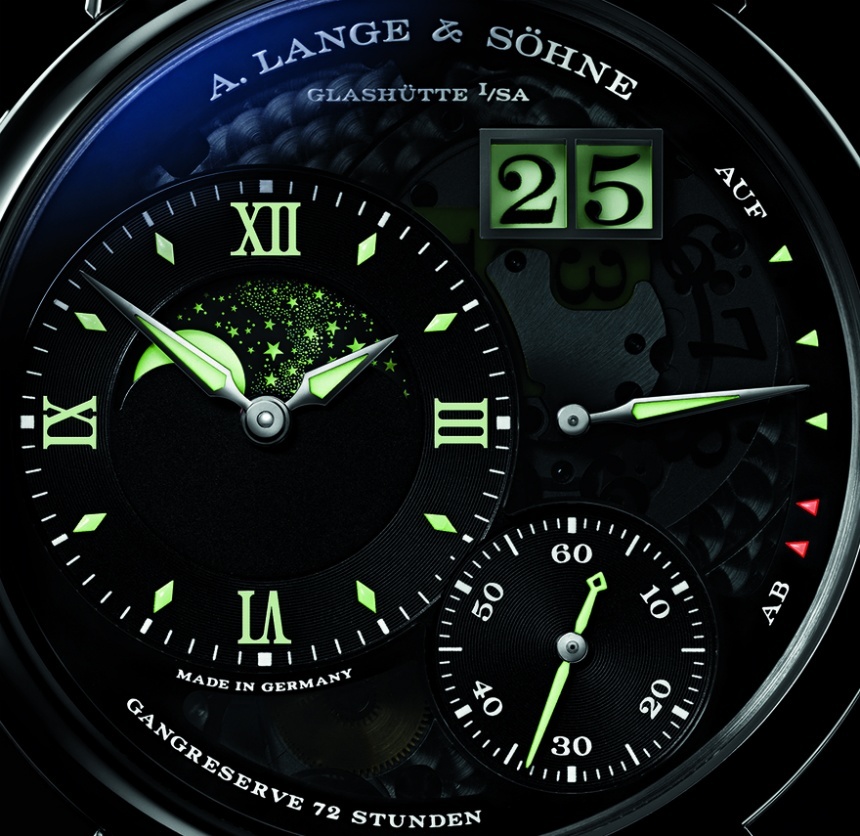 Obviously, one of the key aspects of this watch is the fact so many of its elements are luminous. This is kind of a weird selling point for a watch of such high horological integrity. I am addicted to good quality luminant and adore A. Lange & Söhne watches, but I’d never really thought the two went together like strawberries and cream. But it seems I was wrong. Sure, the green tint of the luminant does give this A. Lange & Söhne Grand Lange Moon Phase Lumen watch a much more modern appearance than its truly classical contemporaries, but just because it is different doesn’t mean it is bad. 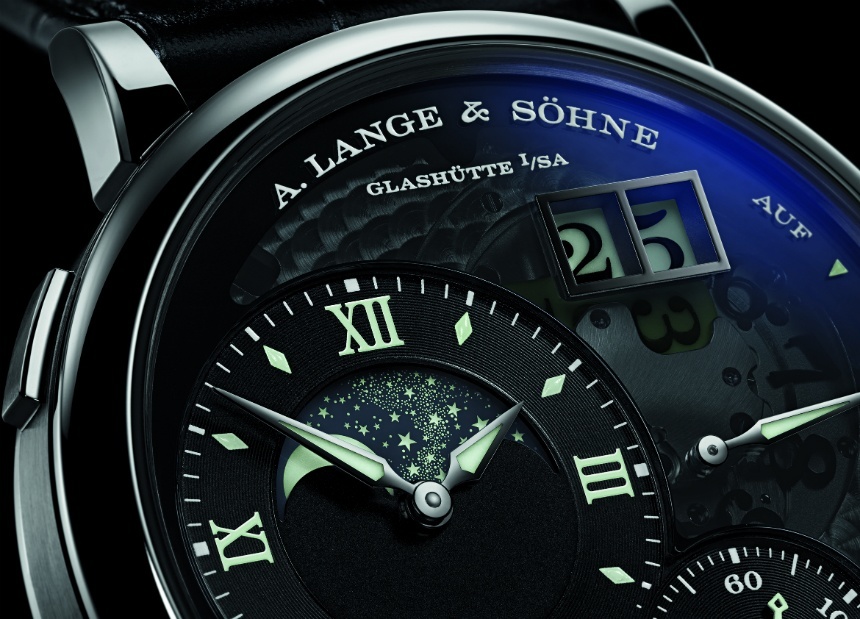 The effect of the glowing big date is incredibly satisfying, and the starry scene of the moon phase enlivens the whole face the second the lights go out. Normally, A. Lange & Söhne would use gold moonphase discs, but not on this watch, The moon phase disc is made of lume-backed glass, which is then coated via a patented process that effectively turns the surface of the glass black. The disc is then passed under a laser beam that accurately cuts-out 1164 stars and the moon to create this heavenly vista. And it doesn’t just look awesome: once it has been set-up, the moon phase will only need correcting by one day every 122.6 years. 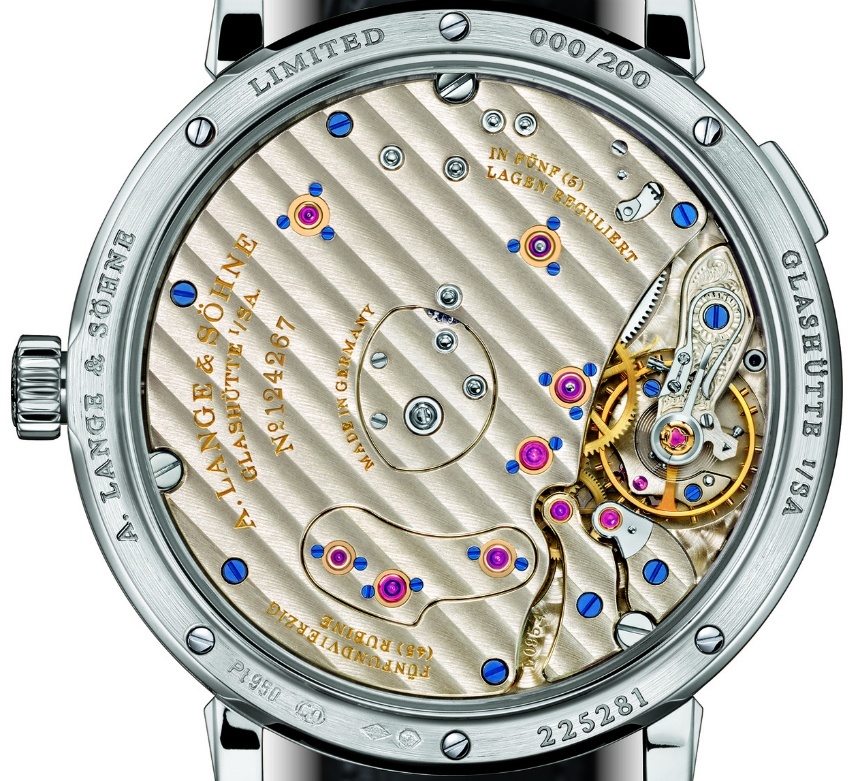 Made of blackened silver and black tinted, semi-transparent sapphire-crystal glass, the dial of the A. Lange & Söhne Grand Lange Moon Phase Lumen watch is a fantastic muted backdrop to the excitement of the complications at work. The resulting appearance is, in my opinion, one of the sportiest ever seen from A. Lange & Söhne. The special coating applied to the glass blocks most of the visible light but dos not prevent the luminous elements behind the glass from charging. This is particularly important for the ‘tens’ cross that is responsible for the first digit of the date, displayed through the ample aperture at one o’clock.

Most people recognise the big date windows for which A. Lange & Söhne has become known, but fewer appreciate how the effect is achieved. Using two date discs that are not centrally mounted presents a challenge A. Lange & Söhne have solved in a very cool way. Thanks to the semi-translucent sapphire dial of the A. Lange & Söhne Grand Lange Moon Phase Lumen watch we can see exactly how this optical illusion is performed. Rather than using two discs to indicate the big date, A. Lange & Söhne use one disc (for the second digit) and one cross (printed with 0, 1, 2, and 3). This enables the close bunching of the numbers and the crisp separation between the disc and the cross (two discs presenting two numbers so closely set, would have resulted in at least a little overlap). 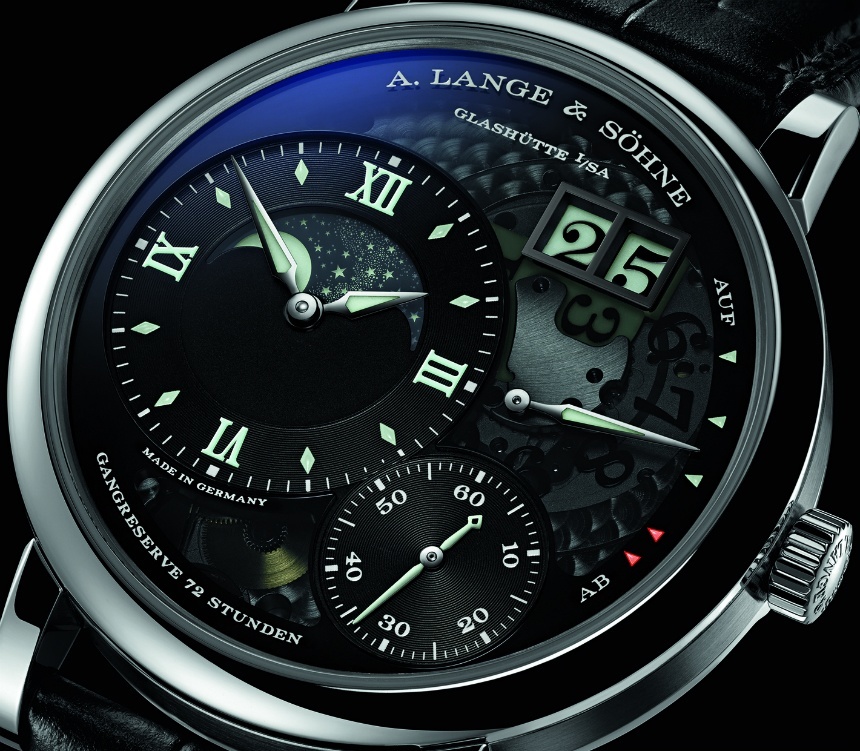 I think that the A. Lange & Söhne Grand Lange Moon Phase Lumen watch is a really exciting addition to the range. They’ve thrown out the form book and started afresh with this piece. By utilising glass and luminant for the moon phase disc instead of gold as they would have done traditionally, they’ve changed the aesthetics drastically. The result is a spectral and sporty piece that uses tiny flashes of colour (such as the red/orange of the power reserve indicator at five o’clock) to excellent effect. The only negative I can muster is that it is a little expensive for a watch of this general mien. The A. Lange & Söhne Grand Lange Moon Phase Lumen watch comes in at a price of €69,600. It’s certainly something different from this storied brand, and could be paving the way for more of the same. I’ll be keeping my fingers crossed that that’s the case. alange-soehne.com