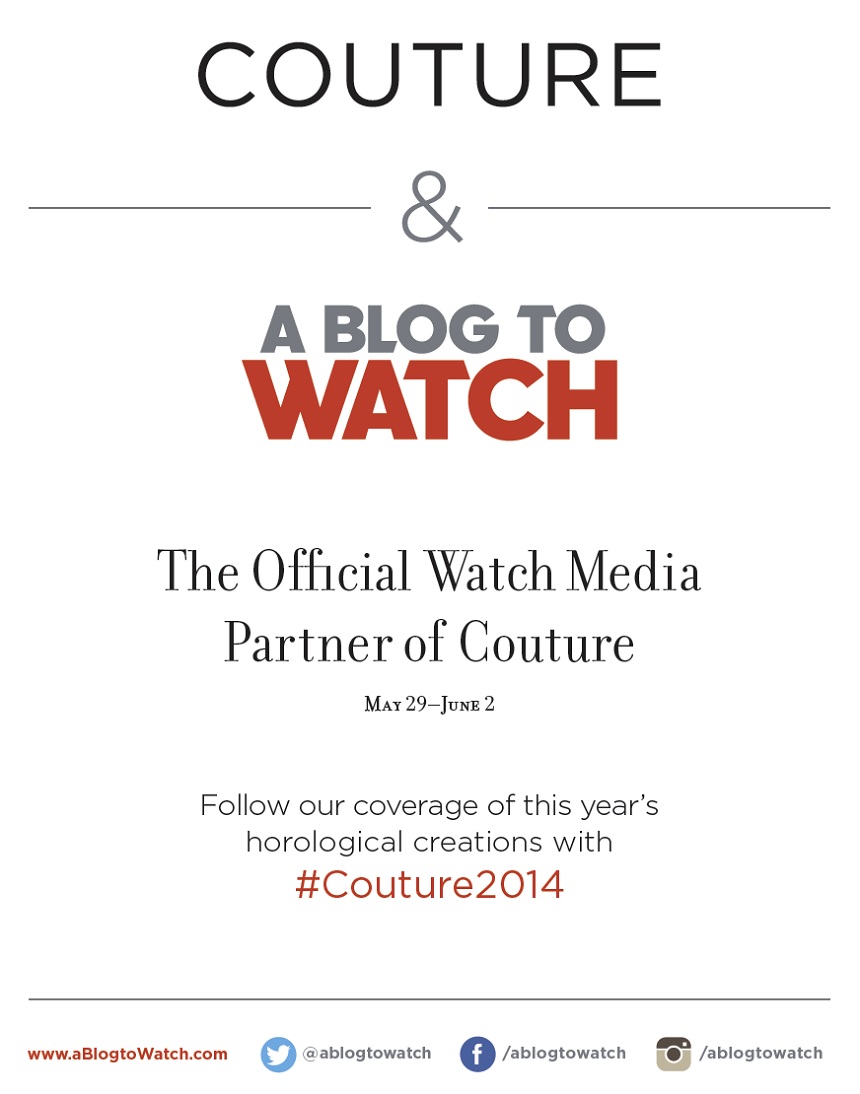 aBlogtoWatch is now the official Watch Media Partner of The Couture Show. Couture (@by_couture) is a high-end watch and jewelry trade show event that takes place each year in Las Vegas during the same time as the JCK event, which this year will be on May 29 – June 2, 2014. aBlogtoWatch will be bringing you exciting live watch coverage of the event from the Wynn Hotel.

For our first year with Couture, we will be making some changes to how the event is covered. That means we’ll place more of an emphasis on social media and internet coverage, in order to not only display the new watches brands are displaying, but also to help you, the consumer, feel like you are there with us. Couture is a private, industry-only event not open to the general public, but that doesn’t mean you can’t be a part of it with us.

In future years we have many more ideas we will hopefully try to implement, but we and Couture are excited to bring you news, views, and fun from the show, Couture 2014. To follow along, stick around here at aBlogtoWatch, and of course be a part of our social media coverage on Instagram, YouTube, Facebook, Twitter, and more. Don’t forget to comment on or follow #Couture2014.

Want more? You have an opportunity to be part of the coverage by sending aBlogtoWatch your questions, opinions, suggestions, or to generally communicate with us during the show. The aBlogtoWatch team will be roaming the Couture show and meeting with brands mostly on May 30th and May 31st, 2014. Some of the watch brands showing at the Couture 2014 show are:

This list will continue to grow as we work with Couture to develop the watch category at the show which has traditionally specialized in fine jewelry brands. We look forward to interacting with the aBlogtoWatch audience when covering the show and for all things “watches in the real world.” See you in Las Vegas.