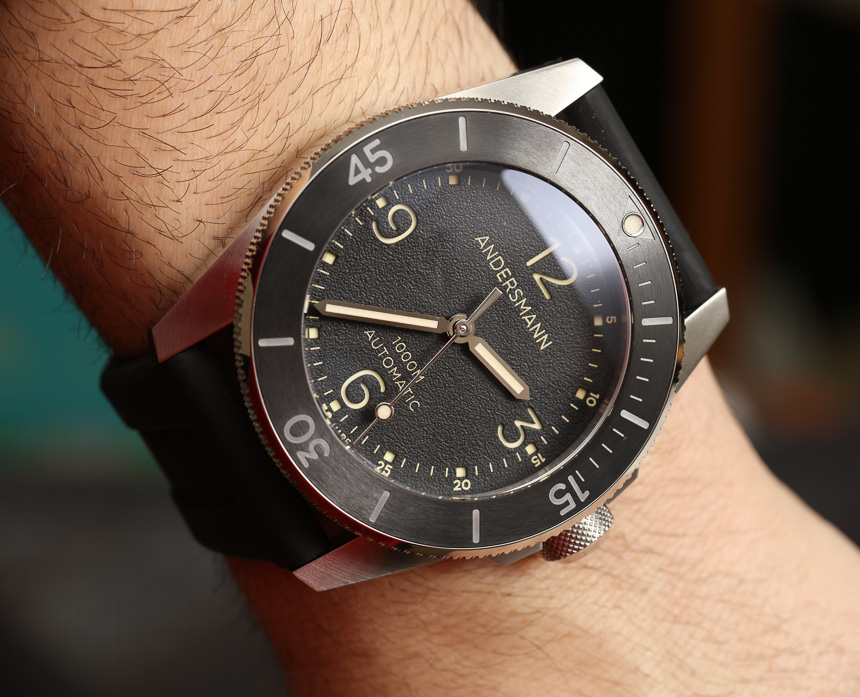 Surprisingly well-conceived and properly designed, the Andersmann Oceanmaster II 1000m watch is a modern-made quasi-retro-style dive watch that offers an enormous amount of bang for the buck. And I’m happy to say that this timepiece didn’t fall through the cracks as we regularly sift through new brands and watches. aBlogtoWatch is fortunate enough to get contacted by a large number of new watch brands on almost a daily basis. This gives us the ability to closely examine both current trends in wrist watch entrepreneurial spirit, as well as the types of watches and price ranges that people all over the world feel will make for a successful brand or product. 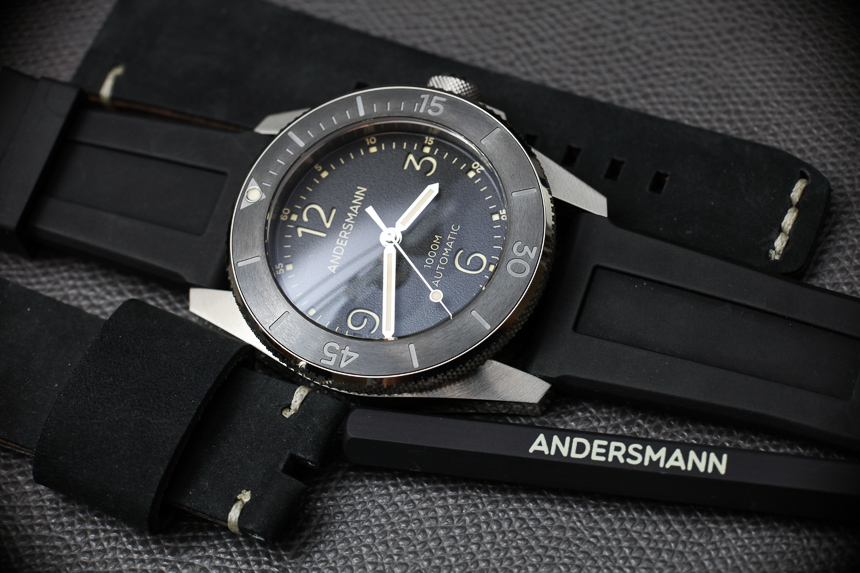 The problem is that, successful or not, most of these products offer little for the aBlogtoWatch audience or the tastes and interests of our writing staff. We aren’t interested in more “me-too” quartz fashion watches or low-quality mechanical timepieces that aspire high but really never meet the types of standards we feel that people should be seeking even in budget-priced watches. Perhaps it is because we get contacted so regularly that we feel it appropriate to be picky, but most of the incoming new brands and models we hear about simply aren’t the types of watches we can recommend or find interesting enough to write a few words about. If there is one reason many of the aBlogtoWatch articles focus on higher-end timepieces it is because the design and technical stories related to those watches are simply far more interesting to us. 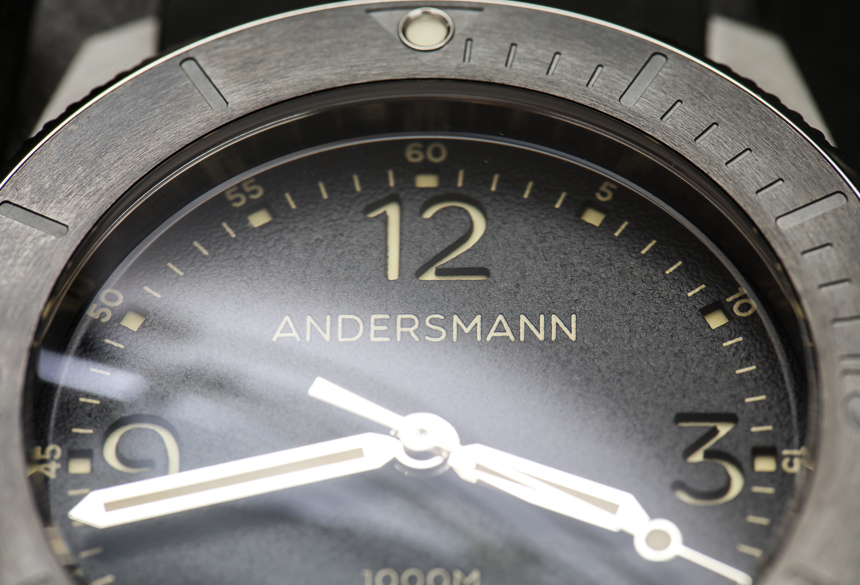 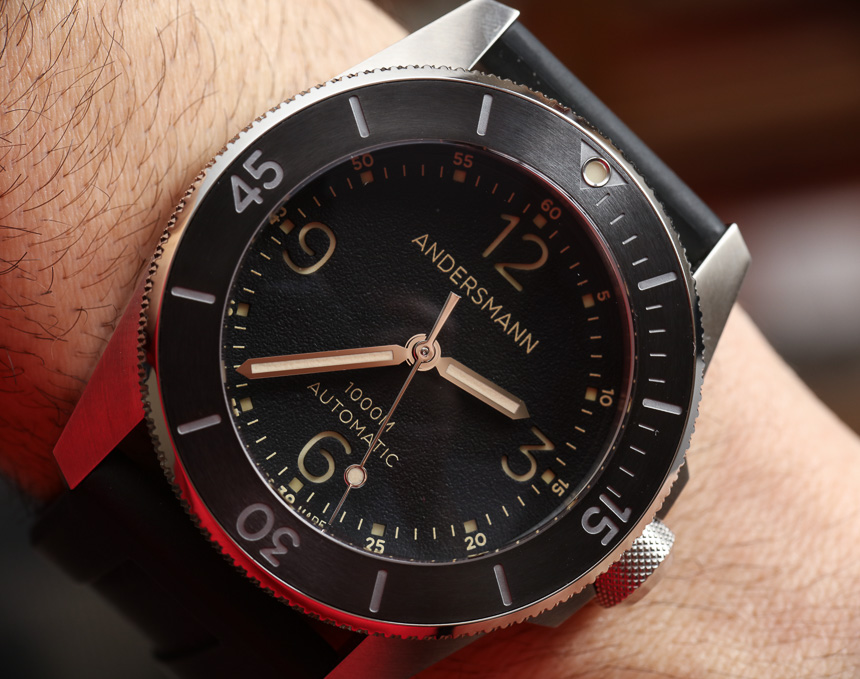 With that said, we never stop filtering through our inboxes to find hidden gems like Andersmann – whose Oceanmaster I and II collections are the types of timepieces we want to share. So let’s get a few minor complaints out of the way before talking about the things that I think so many people will enjoy about these timepieces. One of the things that may hurt the Andersmann brand is the practice of giving it a sort of “made-up” European name. The brand was founded by the obviously meticulous and watch-loving Raymond Chan out of Hong Kong. The watches are assembled in Switzerland. What often happens with new brands is a marketing “Euro-fication” which gives brands a name that is meant to sound European in what I believe is the hope that such a name will lend “credibility” to the brand. 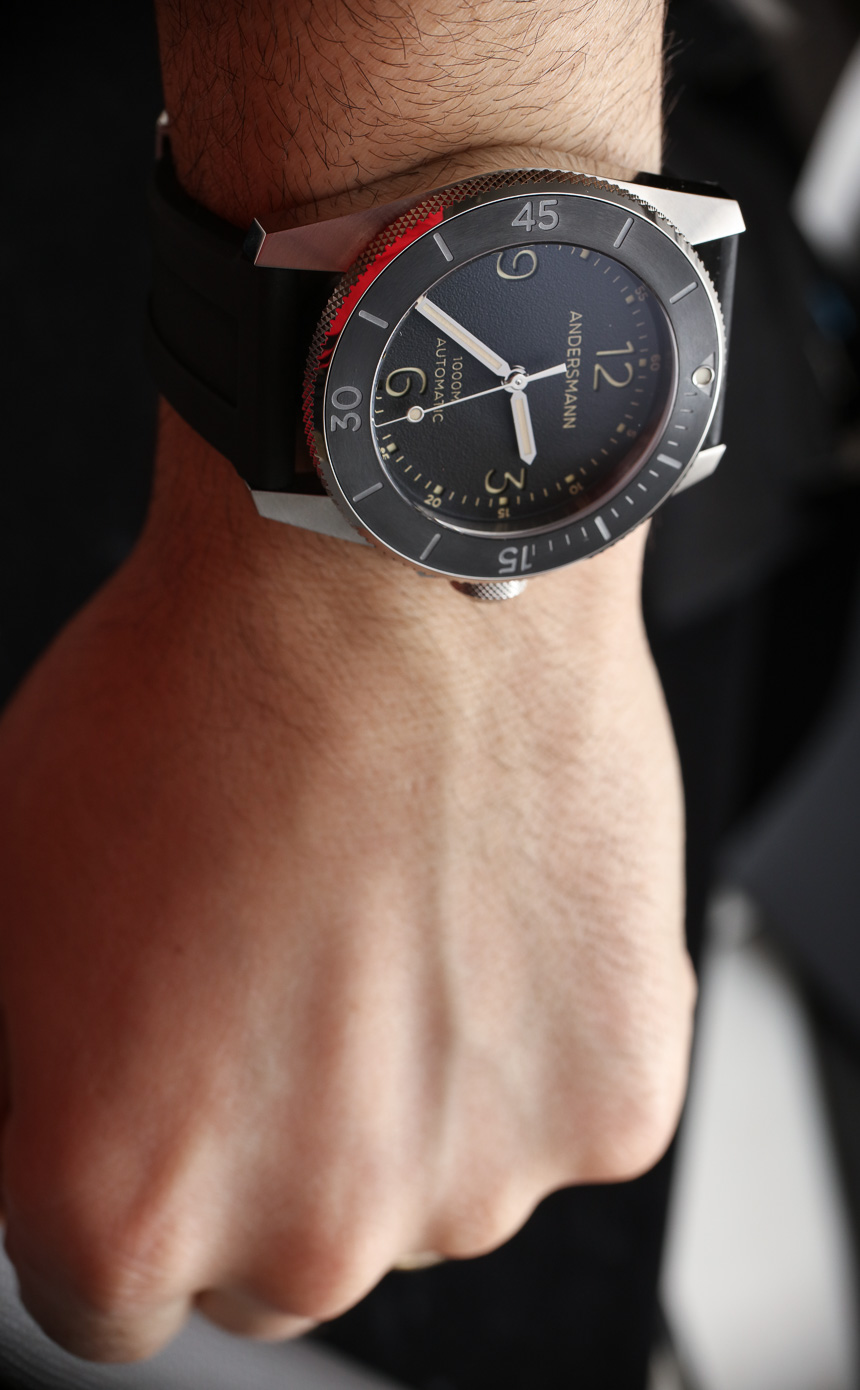 This has been happening for years in the watch industry as well as the fashion industry, and several others. You can visit Asia, for instance, and see a large number of brands and labels meant to sound European that aren’t even sold in Europe. This marketing practice is rather vast and common, and it might make sense in certain markets. With that said, in the watch world, we value a bit more personal authenticity when it comes to marketing and branding. Raymond Chan is probably correct in assuming that if he presents the Asian-foundation of the brand too much some people might come to negative conclusions about the quality and theme of the brand. This is a known issue in the watch world, as there tends to be an unfortunate anti-Asian bias. With that said, in my opinion, such a bias will have a difficult time going away unless quality minds and products with an Asian origin, despite being assembled in Switzerland with Swiss movements, are not presented as such more often. 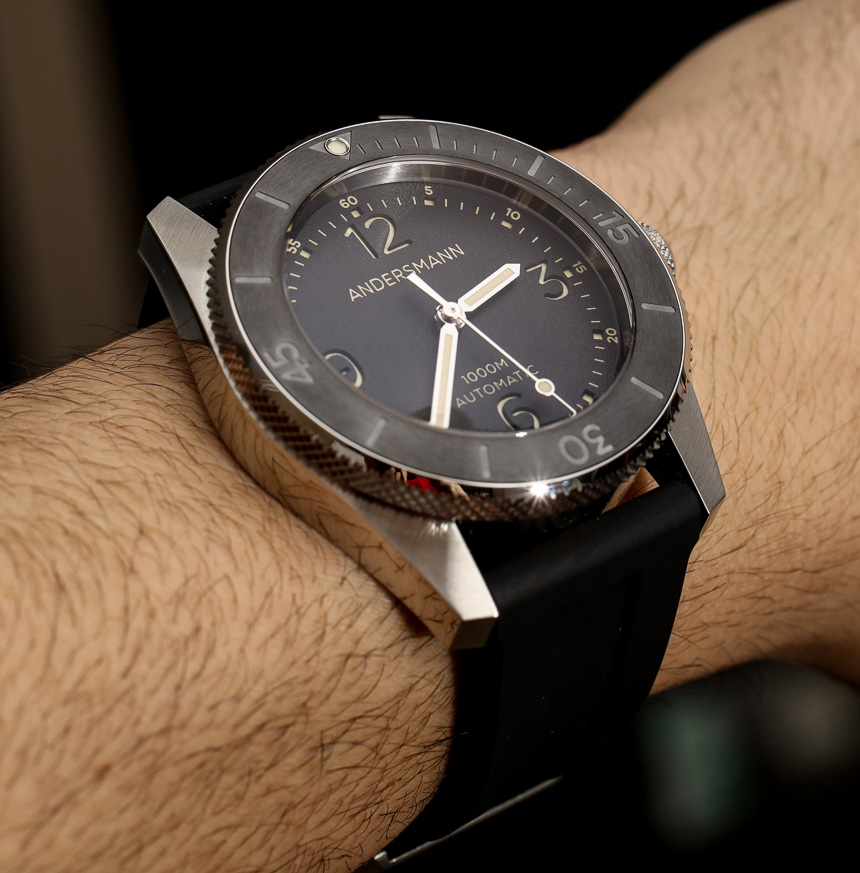 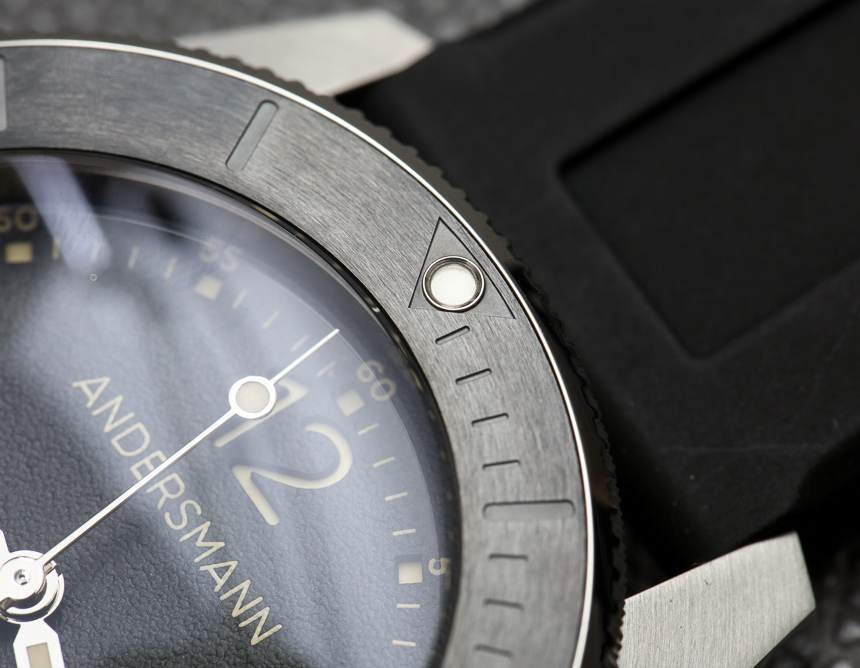 Places like Singapore and Hong Kong are great hot spots of “watch love.” It is common for collectors and business people alike to have the idea of starting their own watch brand not only to make money, but also to create their ideal watch product based on their own tastes and desires. In some instances, such as Andersmann, that desire is a vision to take a product they like and add their own twist to it.

I can’t say for sure, but I am going to make a bold guess as to the idea that inspired the Andersmann Oceanmaster II watch: Mr. Chan, a Panerai fan, said, “how can I make a watch like that for the modern era?” It is no secret that brands like Panerai don’t really innovate when it comes to design. In fact, they can’t. Panerai along with other “historic brands” are sort of locked into an infinite loop where all they can do is recycle and re-imagine designs in their existing catalog based on the history of the brand. Panerai works tirelessly to innovate within a very narrow space that prevents them from really coming out with totally new-looking products. 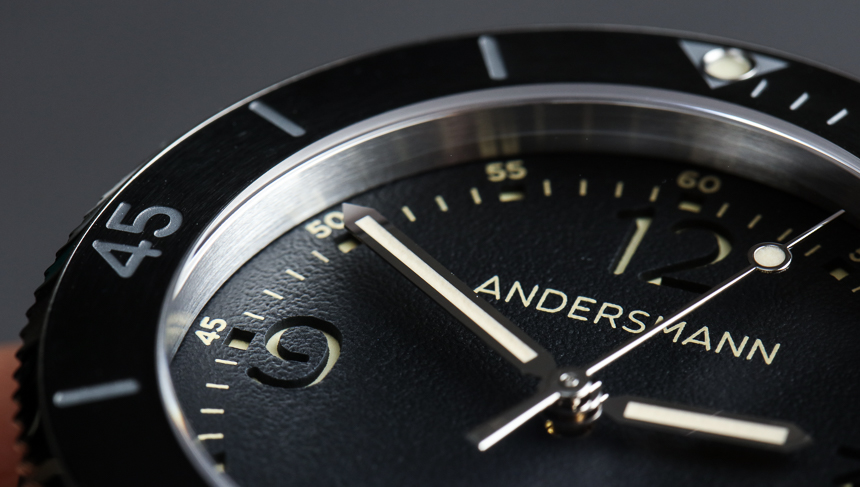 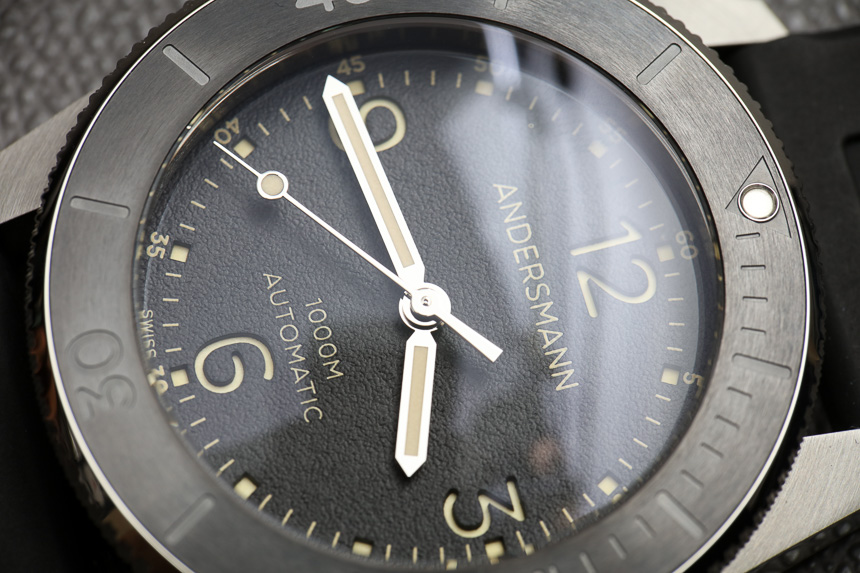 So, with Andersmann and other brands that come from the region, you get the idea that a passionate watch lover said, “what if I took the theme of a brand I love, and did something different with it that the brand itself might have done if they were more able to innovate?” You see this in the Andersmann Oceanmaster II 1000m starting with the dial. 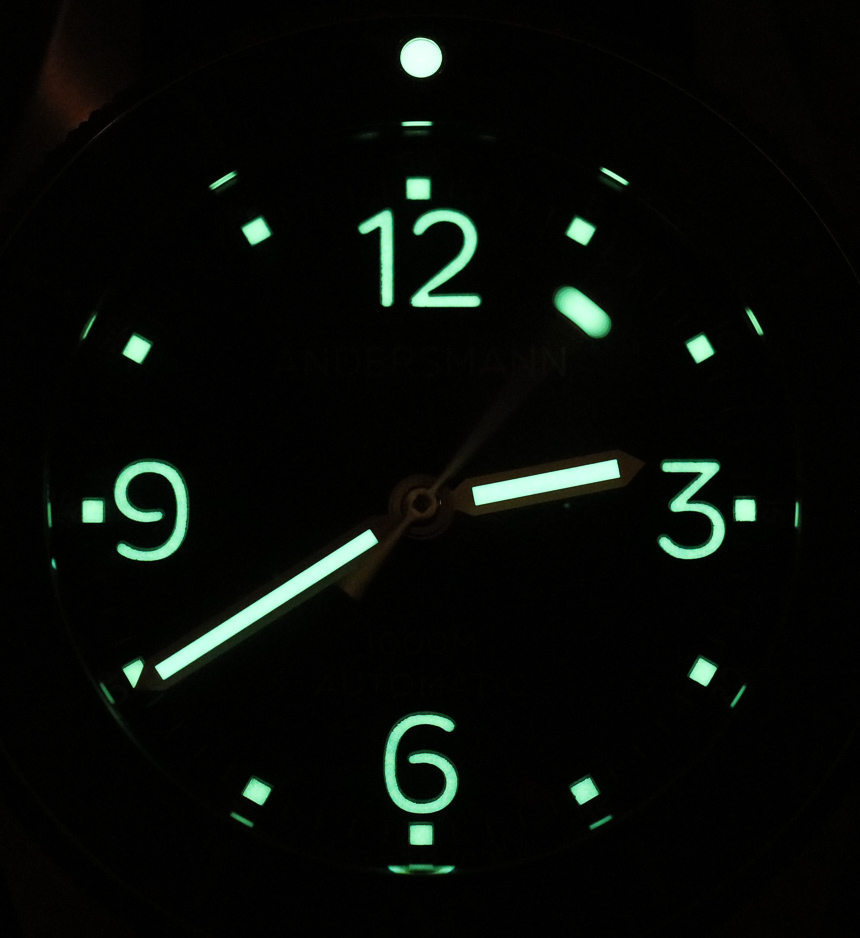 Before I discuss the case, I want to go back to the dial of this Andersmann Oceanmaster II 1000m which I think is very impressive. The luminant is excellent, and there is an additional point of lume as the pip at 12 o’clock on the bezel. The dial itself is totally matte with some light texture, and the design is almost perfectly symmetrical, which I appreciate. That also means no date, which goes with the more retro sport watch theme. Similar to how classic Panerai watches did their hands, the perfectly sized hands Andersmann uses are polished and filled with luminant. The seconds hand is “lollipop-style” with a lume circle as well. Usually, hands like this are improperly used against a polished or glossy dial, but here they work well playing with the light and offering excellent legibility and just a bit of visual attention-grabbing in the way people like from popular Panerai models. 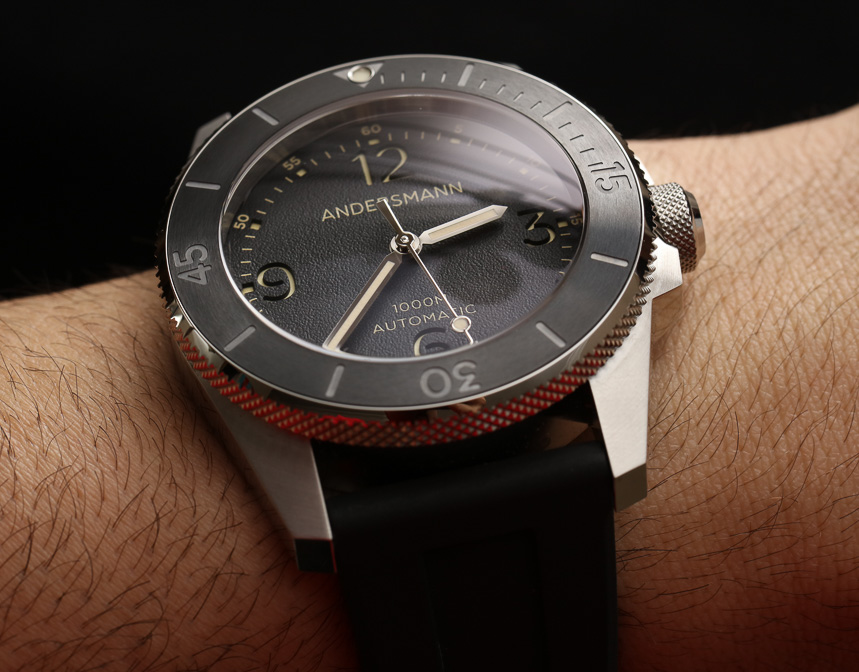 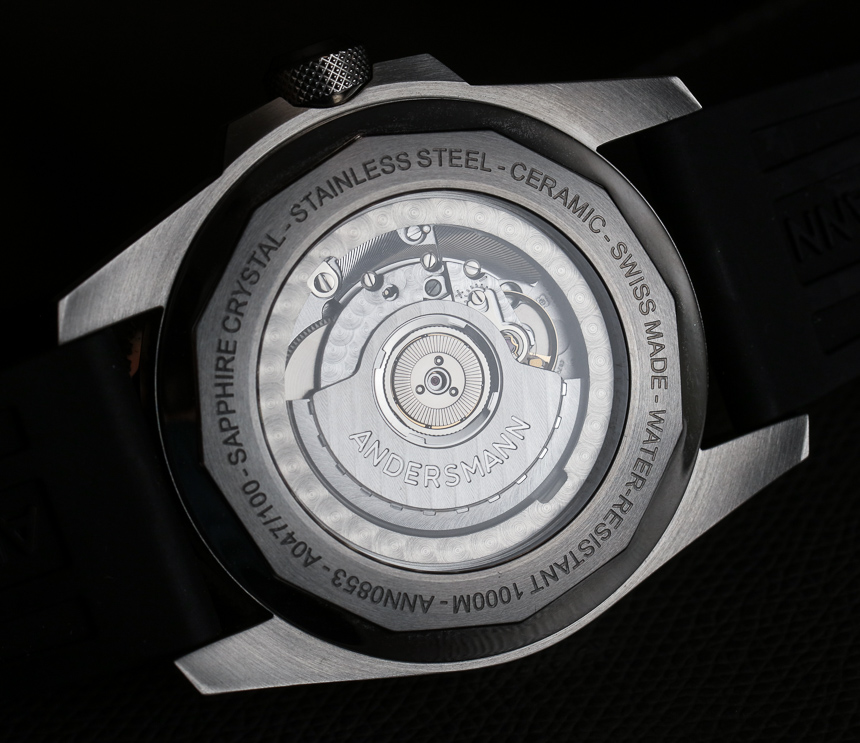 As I mentioned, Andersmann doesn’t feel like they are copying Panerai so much as taking the Panerai concept further than Panerai themselves have done. A watch like the Andersmann Oceanmaster II feels like something Panerai themselves could have made if they decided to do something new and different. Since Panerai and many of the Richemont brands have an edict to “stay the course,” it prevents them from varying too far from their current brand DNA. This is a good thing if they want to focus on preserving what people love about them, but it inhibits a lot of natural design evolution that would occur if the brands had more freedom to experiment as they want. It actually seems to encourage brands like Andersmann and others to pick up where many of those more historic brands left off. Richemont has a distinct interest in preventing its brands from inadvertently competing with one another, but is has opened up a veritable microcosm of micro-brands that will increasingly try to create futures for the brands that are, in some opinions, too focused on their histories. 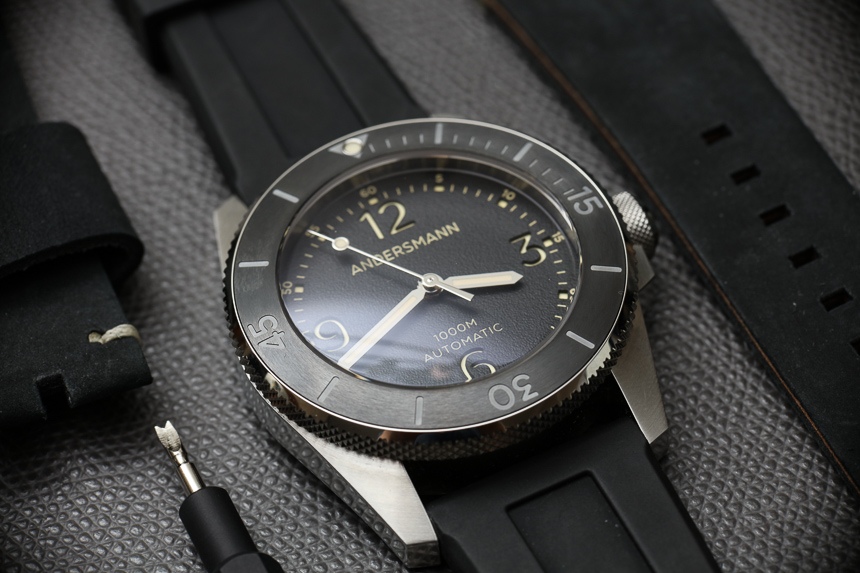 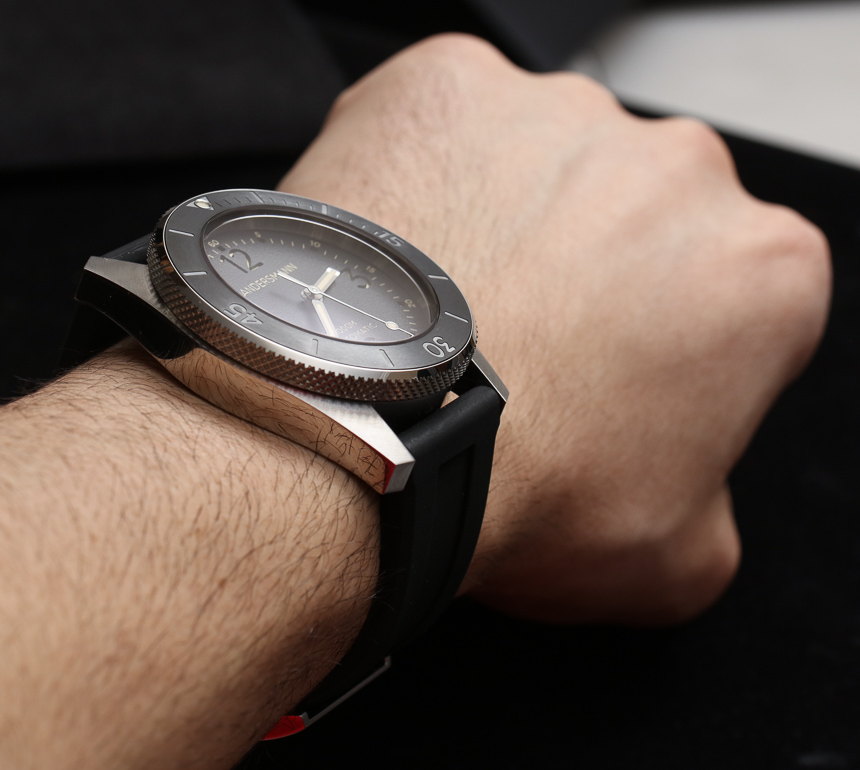 I say all this as a sort of preemptive defense of what I can see might be criticism of Andersmann for “feeling too much like Panerai.” I think that feeling is intentional but without trying to be copies per se, as I explained above. It is a design philosophy, and I think among experienced watch buyers it is an excellent route to see aesthetic experimentation that would not exist if not for brands such as this.

Currently, all Andersmann watches have the same large 47mm-wide steel case. I think the finishes (in addition to the bezels) might vary, but all have the same shape and 1000 meters of water resistance. The large size is intentional (à la the Panerai theme), and they wear as such. Though, for a 1000-meter-water-resistant frame, they aren’t insanely thick, at 17.6mm. The lug-width for straps is 26mm, which is quite wide, but the included straps do taper a bit. The overall case length is 56mm, which is enough to have the watch extend past the edges of most people’s wrists, but in a design such as this, it is almost sort of meant to be that way. 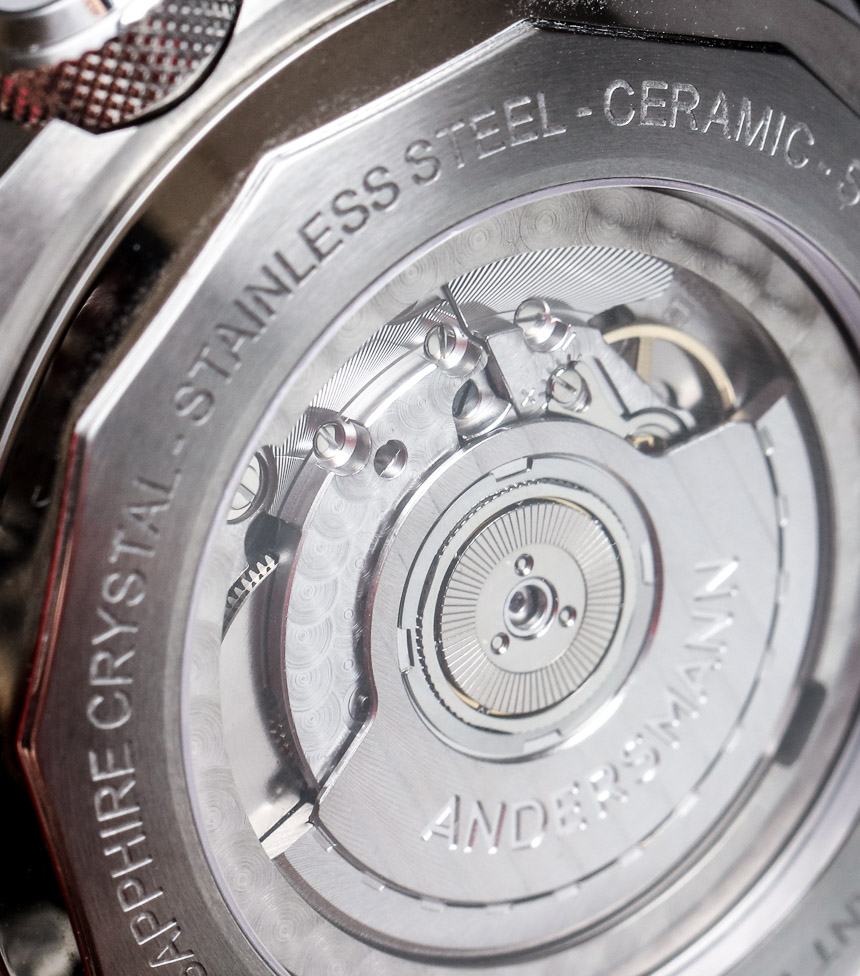 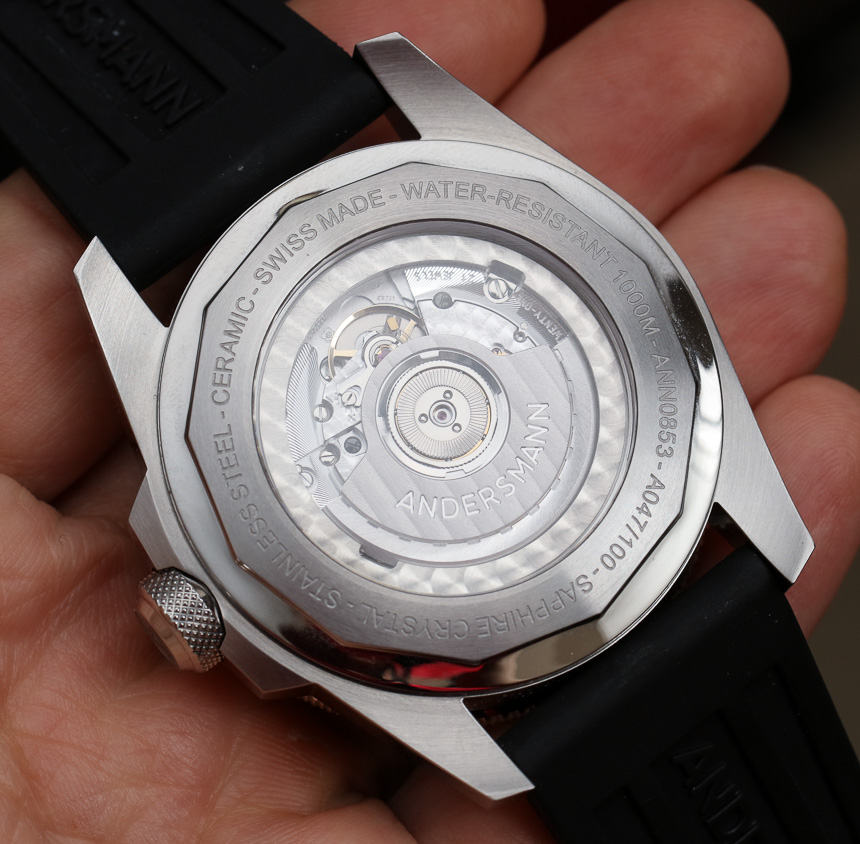