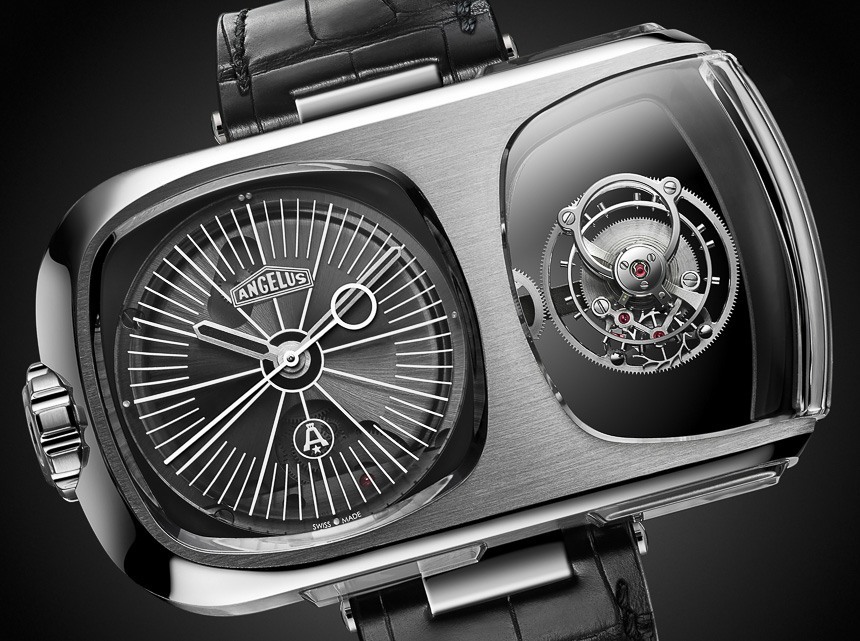 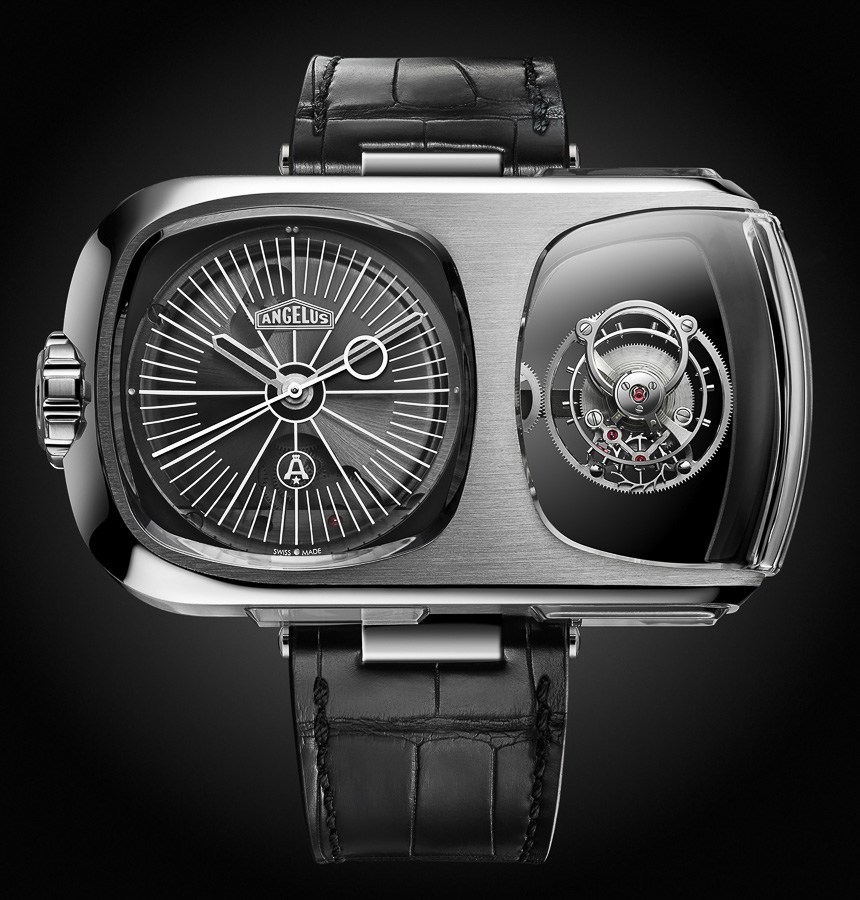 In 2015, the historic watch maker Angelus will make a comeback. It has been a while since I’ve been interested in covering a “revived” brand, and frankly, over the last few years, it has been happening less, as the luxury watch market has been slowing. However, the “new” Angelus with its debut Angelus U10 Tourbillon Lumiere watch isn’t going to be a product of investors trying to make it big in the “watch game.” Rather, Angelus will be led by the same people who bring you Arnold & Son, and produced in the same factory of La Joux-Perret in Switzerland.

Before I talk about the Angelus U10 Tourbillon Lumiere, I want to briefly discuss this “new brand.” The former Angelus company hasn’t been around for over 30 years, having closed operations like so many other companies during the quartz crisis during the late 1970s. A lot of Angelus’ current marketing efforts are going to be about discussing the merits of the historic brand and their DNA. It is true that the Angelus of old has a lot of interesting things to talk about, but given that the new company in reality has no connection to the old one, I don’t necessarily think talking about interesting watches from the brand that they produced in the mid 20th century is relevant. 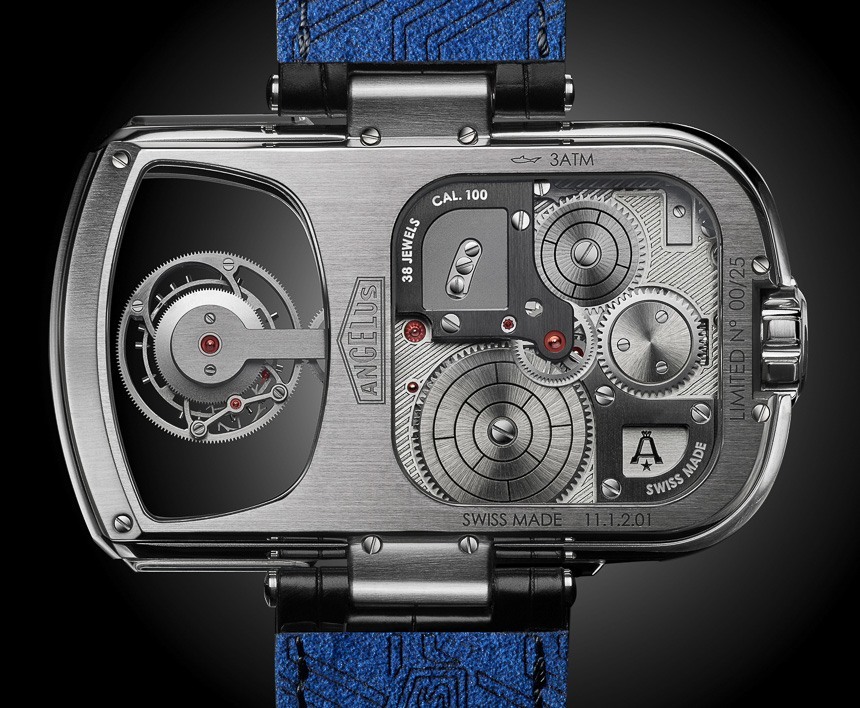 Of course, the Angelus of today as run by the Manufacture La Joux-Perret is going to be “inspired” by the historic Angelus, but they by no means are bound to the past or constrained by what the company once did. A great example is the Angelus U10 Tourbillon Lumiere which, while interesting (and purportedly inspired by vintage Angelus travel clocks), is not at all something an executive at the Angelus of the past would be at all able to relate to. So with a cool name and heritage to work with (if they so choose), I am very curious to see what the talented designer Sebastien Chaulmontet (who designs the Arnold & Son watches) is going to do with the brand. It is also interesting to consider that while La Joux-Perret is wholly operated in Switzerland, it is actually owned by Citizen of Japan. 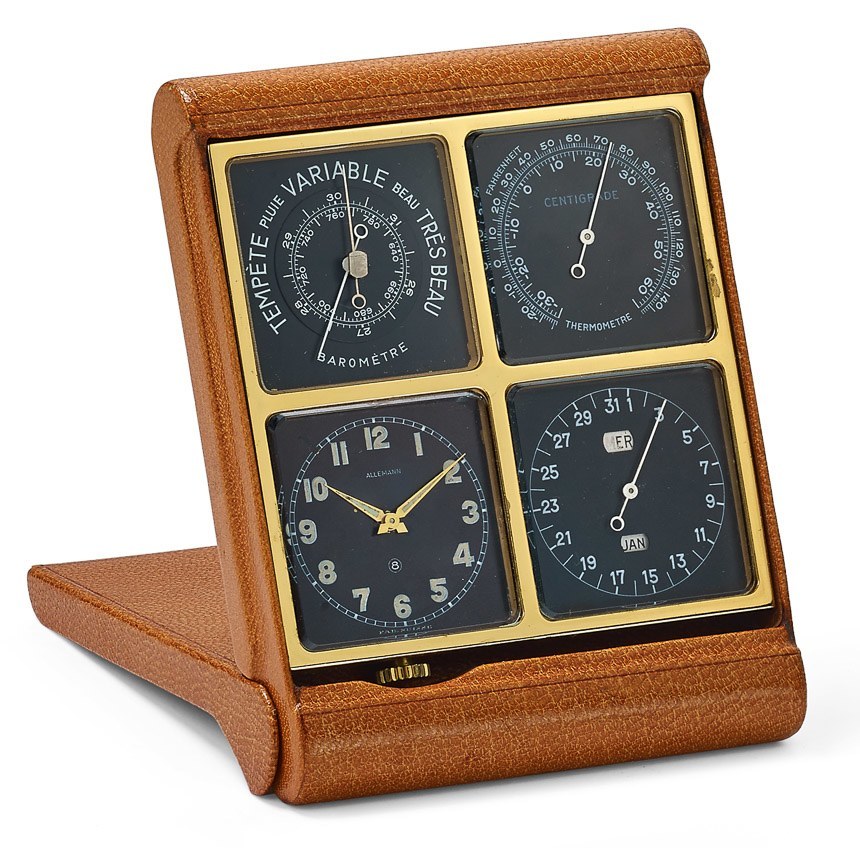 The movement in the Angelus U10 Tourbillon Lumiere is called the Angelus A100, and it is, of course, exclusive to Angelus produced by La Joux-Perret. Arnold & Son’s penchant for dead-beat seconds hands that tick versus sweep make an appearance here. Since the watch more-or-less looks like something born of the era when electronic watches began, it sort of makes sense in an ironic sort of way for this mechanical movement to have a ticking seconds hand that is a nod to quartz timekeeping technology. The movement is hand-wound with a power reserve of 90 hours between two mainspring barrels. Thankfully, there is a “linear” power reserve indicator which is viewable from one of the windows on the lower side of the case.

Right behind the retro-style display for the time is a view of the movement. For a moment, it looks like an automatic rotor is sitting there, but no such luck – that would have been cool, though. Is it just me, or does the Angelus logo used on this watch have a distinct “Soviet Cyrillic” flair to it? The Angelus U10 Tourbillon Lumiere hands look cool, and I hope when seeing this timepiece in person the dial proves a welcome site visually as well as being legible. Off to the right of the dial for the time is the super-sized tourbillon with its 16.25mm-wide cage with a balance wheel operating at 2.5Hz (18,000 bph). 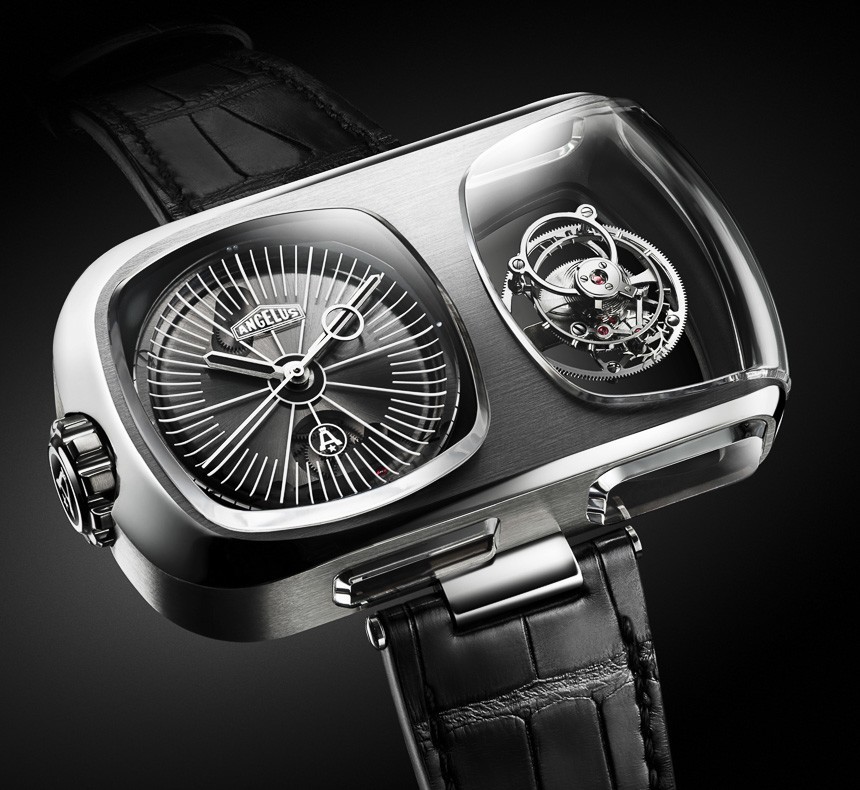 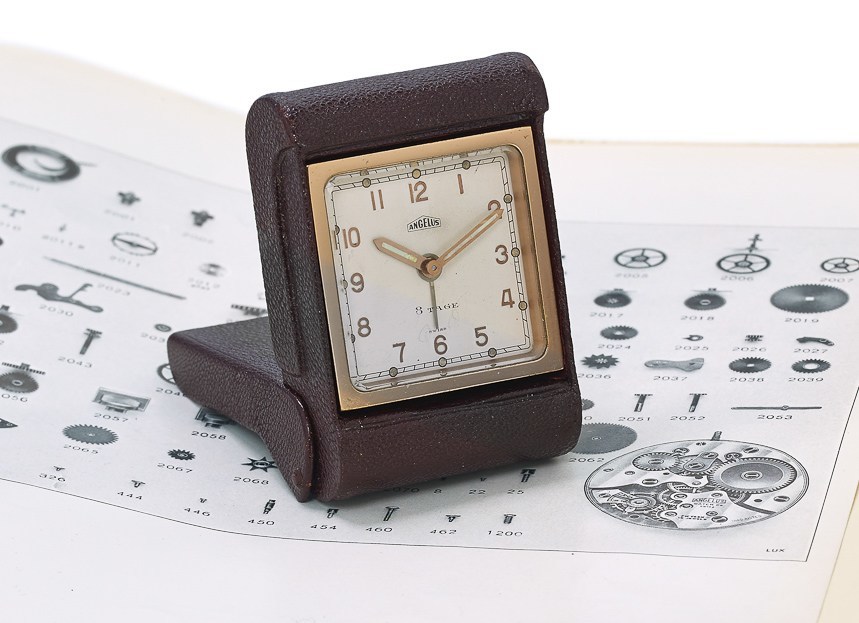 I am glad to report that Angelus is not going with precious metals for the Angelus U10 Tourbillon Lumiere watch. I so could have seen this being produced in 18k white gold or platinum and the price being silly enough for most people to simply write-off the watch. No, the Angelus U10 Tourbillon Lumiere in this ref. 0LUAS.B01A.C001F version is in steel (there is some titanium in the movement – as well as nickel). However, the steel used is an alloy known as BO-988 which apparently is tougher than 316L steel. I wonder how it compares to the 904L steel that Rolex uses.

The Angelus U10 Tourbillon Lumiere case will be wearable, but I don’t know how sexy it will look. This is a watch nerd watch through and through. With seven sapphire crystals on the case, the Angelus U10 Tourbillon Lumiere will be 62.75mm wide by just 38mm tall and 15mm thick. That’s actually surprisingly thin and narrow – so once again, I am going to express my curiosity about wearing this thing. Like I said, with the power of La Joux-Perret, Angelus is slated to make a major comeback, and I am eager to see what their more sensible models end up looking like. What I am the most curious about is pricing. La Joux-Perret isn’t likely to make Angelus more expensive than Arnold & Son, so I think either the pricing will be on par with the average Arnold & Son or just a bit lower. It is entirely possible that despite the wild look of the Angelus U10 Tourbillon Lumiere as the brand’s breakout model – what the new Angelus really ends up being is something a lot more accessible. Pricing is equally mysterious at this point. 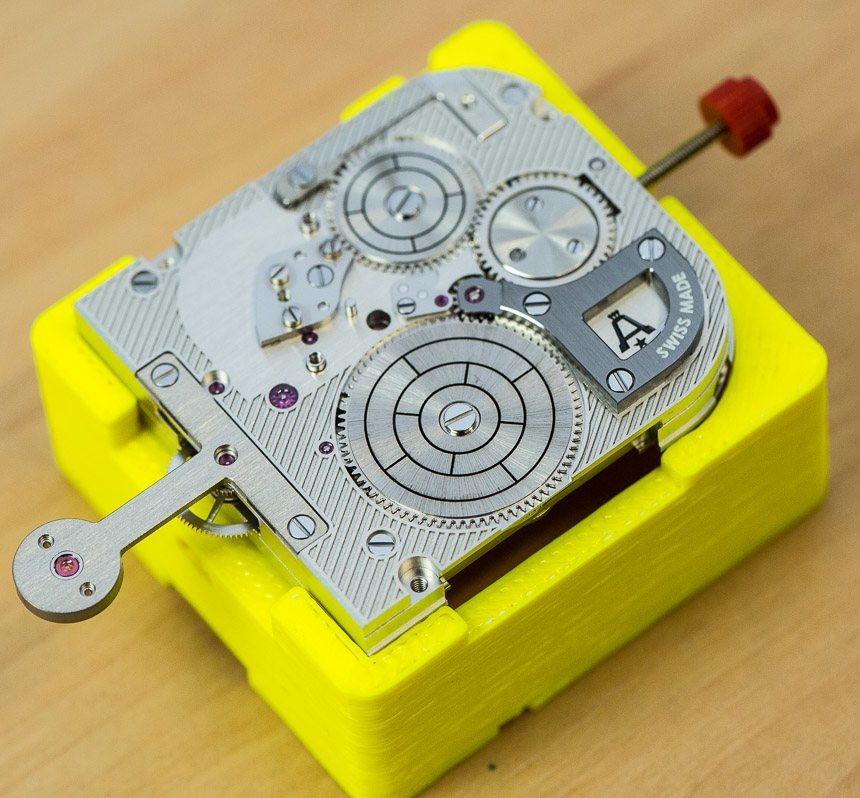