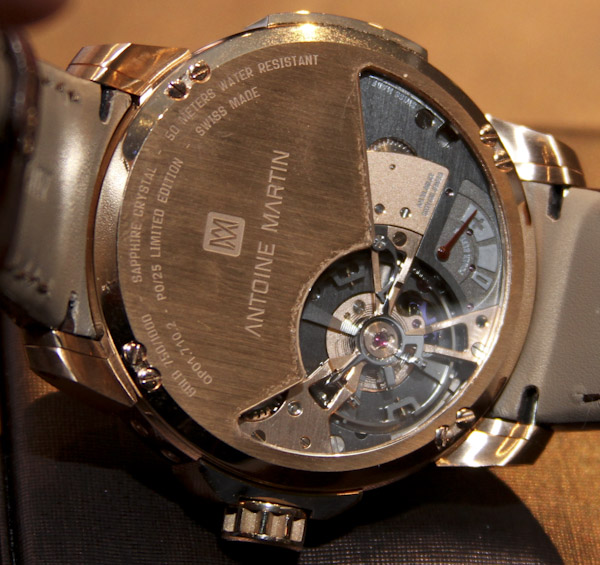 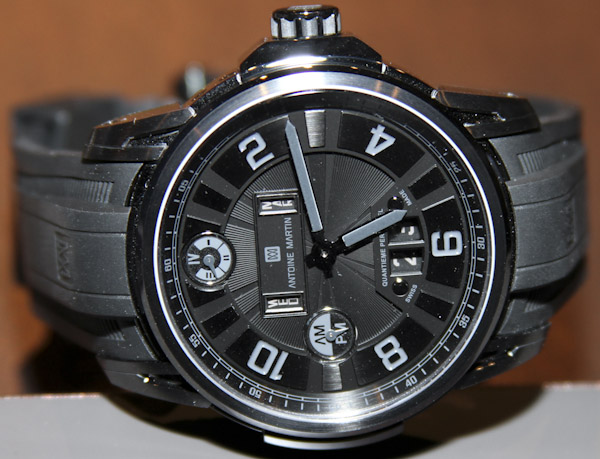 In March of this year I debuted to you Martin Braun’s new brand called Antoine Martin. Since then I have had the opportunity to meet with Martin and the brand’s CEO Bruno Jufer to look at the new pieces simply called the “Perpetual Calendar.” I first advised them to come up with a unique name for the watches. Oh, and for more details and tech specs on the watch, click that link above.

Braun’s talent as a match maker has always impressed me, and the Calibre AM 39.001 – the new brands’ first movement – is as impressive as I anticipated it to be. The collection is an interesting design mixture between sporty and stately. There is an architected boldness to it that has been really thought-out. I quite like the case, and in its large 46mm wide size case, feels impressive and important. It really helps that the large sized movement fits nicely in the case and isn’t too small. Braun’s movement design looks like a pocket watch caliber from the future.

The movement has a lot of neat features and I appreciate its bridge design. As I discussed before, in the movement are some fascinating technical innovations to make the movement more accurate as well as reliable. Those little touches make a Martin Braun movement – a Martin Braun movement. The calibre IS manually wound, but does feature a long 6 day power reserve with rear-mounted power reserve indicator… I can live with that. 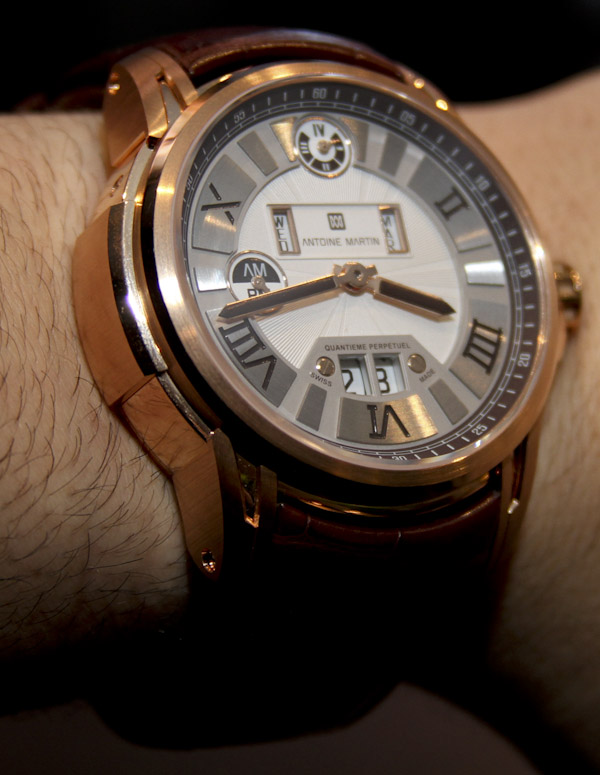 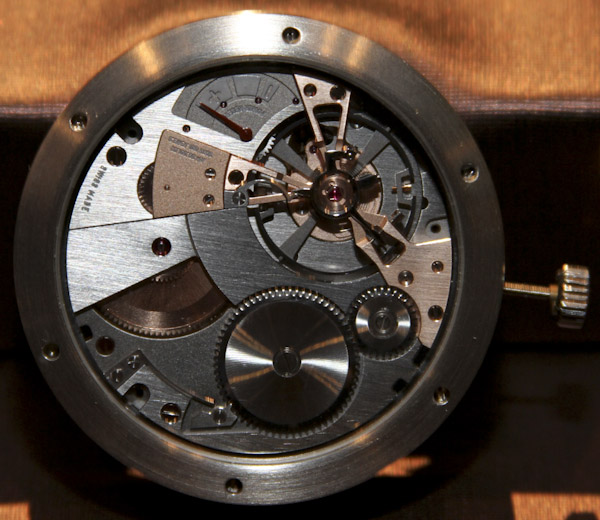 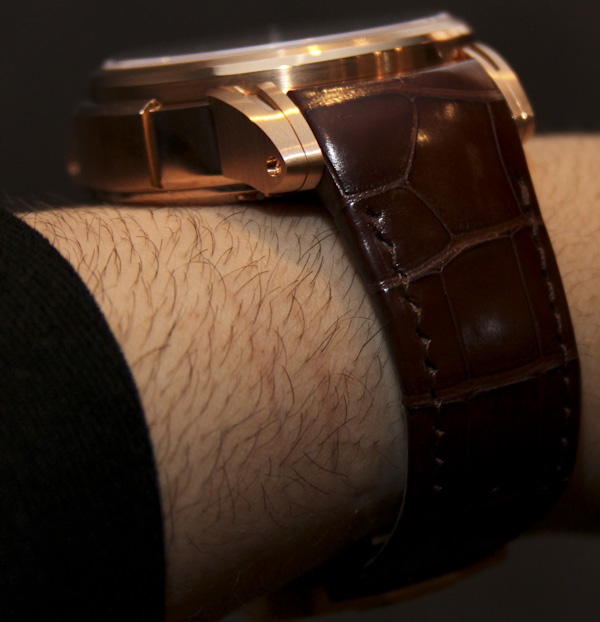 Functionally the watch has the time an easy to digest perpetual calendar that uses mostly windows versus dials. The different watch dials are all kept alive by the large hands. Seriously, when you see what large hands do for a design in this instance, why would anyone – ever – make a dial with small, shy hands? Thank you Martin, thank you…

I met with Martin and Bruno to discuss their new brand and what was to be done. The energy between them is clear and I like the passion they have for what they are doing. Martin is still upset over the whole Franck Muller group thing, and Bruno is youthful in his enthusiasm – clearly the salesman of the two. Martin, being the guy that he is, clearly has some additional ideas for the brand moving forward. He will continue to play with elaborate designs and complications – as long as the market supports it. 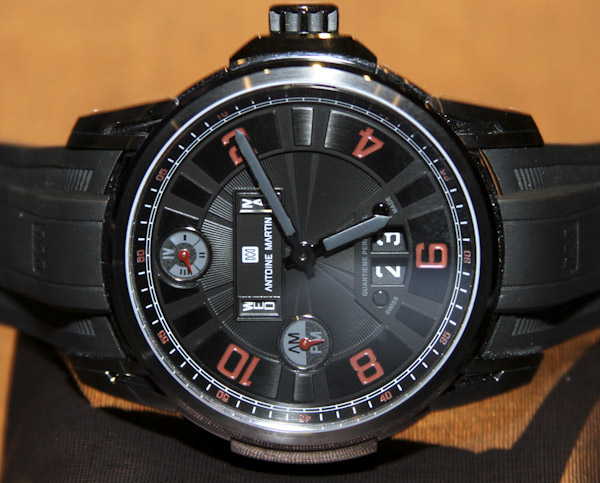 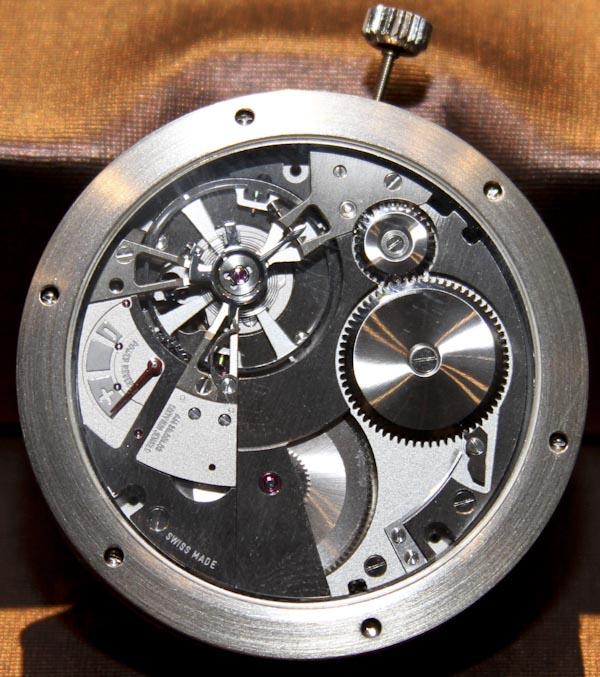 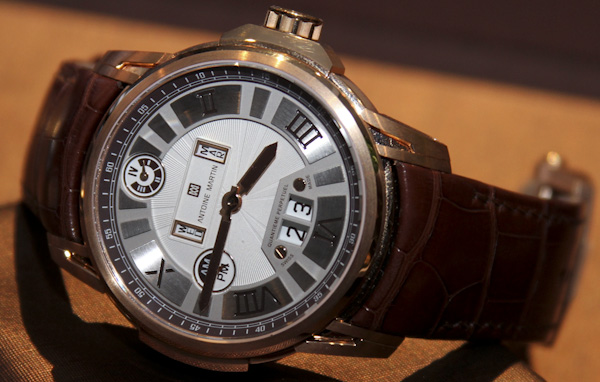 The Perpetual Calendar pieces are sort of trendy in a non-obvious way. Maybe that is due to the color schemes the team initially came up with. Not that the “black on black” model isn’t cool, but it isn’t exactly unique. There seems to be two brands in one here. A powerfully designed watch for guys who wanna be the guys who own and train Roman gladiators, and then a watch for the loupe owning closet nerd that likes to hide away and inspect some nice polished gears on when feeling so… mechanically inclined.

I do respect Antoine Martin and what they are doing. Personally I am more intrigued by the movement versus the watch. Though I think the watch, with a few little tweaks could be a serious force to be reckoned with. Some of this is possible, some is more difficult. For example, I previously (in the last article) discussed moving some of the dials around to make the dial more symmetrical. Sure, that makes sense but some of the dials are placed where they are given constraints in the movement design. Overall, with a strong movement, solid pedigree, and enthusiastic spirit, I do hope to see the brand blossom and mature in the years to come.