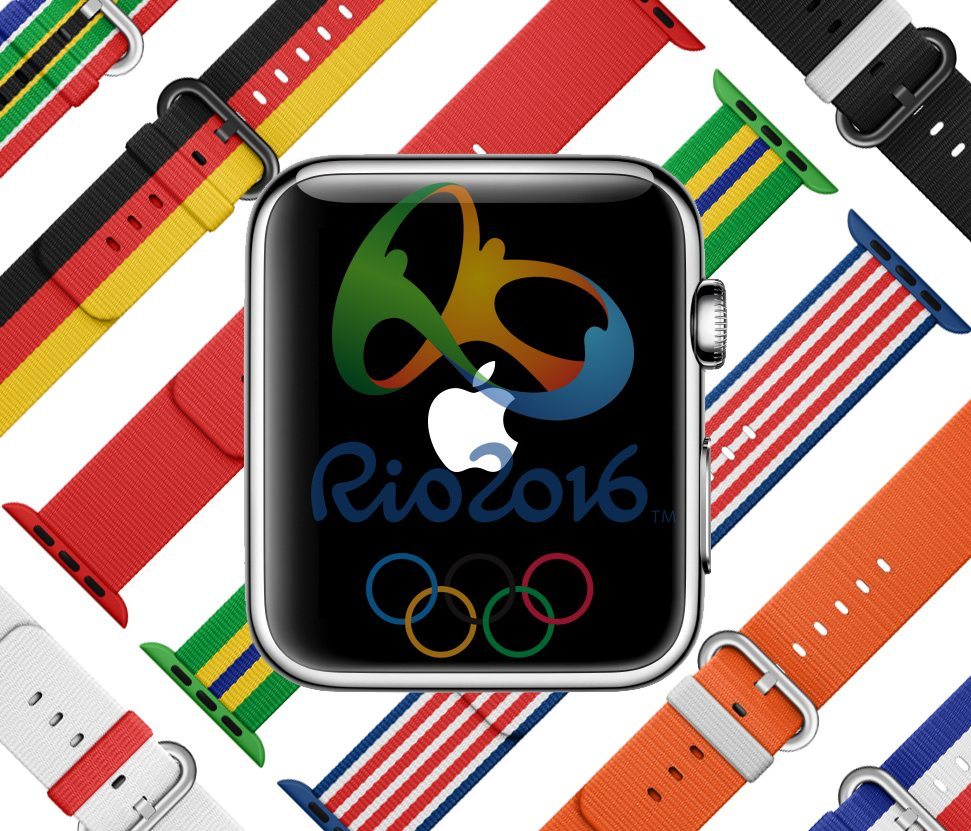 If you’re headed to Rio for the XXXI Olympiad with an Apple Watch strapped to your wrist, you might be pleased to hear that Apple is giving you a unique chance to fly your country’s colors with a special, limited-edition series of its sporty, woven nylon straps to be sold only at the games in August in Rio de Janiero, Brazil. This further does not represent a formal relationship with the games, and remember that Omega is the official timekeeper of the Olympics (and has been for a long time), so they will continue to be the only company actually making Olympics-branded timepieces.

These interchangeable, durable nylon straps are woven from over 500 threads in a four-layer weave that wears a bit like a NATO with a breathable, fabric-like feel – which should be perfect in Brazil’s August temperatures, currently forecast to remain in the mid-to-low 80s. However, it’s worth noting that this interpretation of the traditional military-spec NATO isn’t a pass-through style strap, but is instead secured to the case just like the Apple Watch’s silicone, leather, or bracelet options, and buckles at the underside with a traditional tang clasp.

Fans from 14 nations will be proud to fly their home colors represented in the collection, which includes regalia for the United States, Great Britain, Germany, Japan, Australia, France, the Netherlands, South Africa, Jamaica, Canada, and of course, the host country of Brazil. Dual citizens or the fundamentally indecisive can even mix-and-match their strap combination and root for two teams at once, thanks to Apple’s interchangeable lug system.

This colorful strap collection will be sold exclusively at the Apple Store Village Mall in Barra da Tijuca, Rio, starting in early August for a retail price of 329 Brazilian real per strap, or around $100 USD. Note that even though this is more than the cost in the US (for example), this is the normal price for all Woven Nylon straps sold in Brazil. Granted, this is a considerable upcharge from the $49 MSRP for the standard Woven Nylon straps available direct from any other Apple Store, but given the minor hysteria that the red souvenir mittens from the 2010 Vancouver games generated, perhaps it’s a worthy, collectable slice of the games after all. apple.com/watch