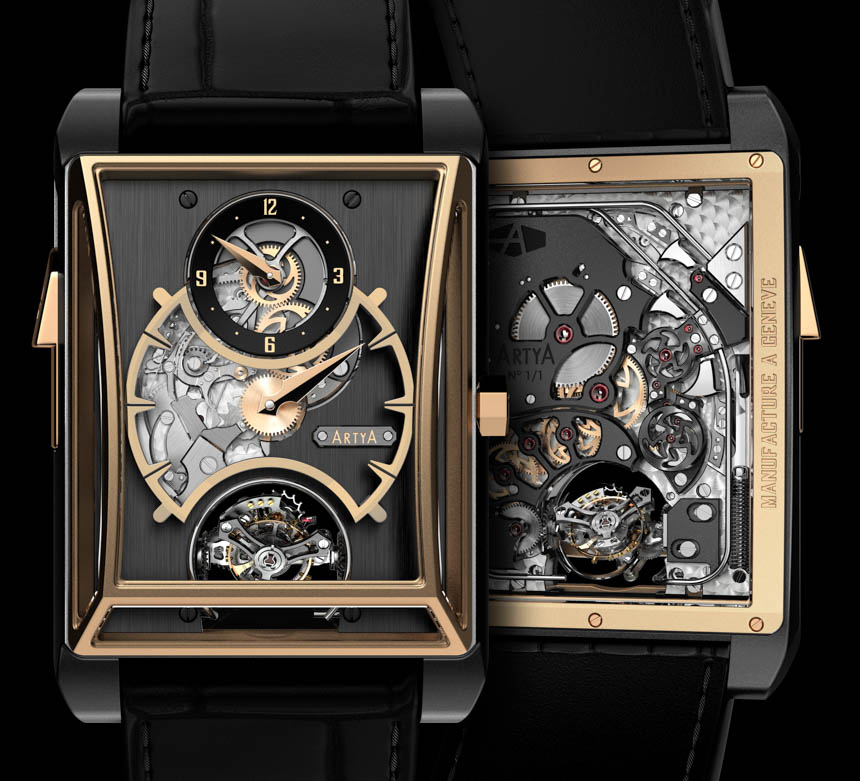 For Baselworld 2016, Yvan Arpa’s ArtyA brand will reveal their most complicated watch to date: the ArtyA 3 Gongs Minute Repeater, Regulator, & Double Axis Tourbillon as a one-of-a-kind timepiece (though other variations can be ordered). With a mouthful of a name, the watch attempts to showcase the brand’s ability to deliver not only unique cases and designs, but also special complicated movements to impress serious horological aficionados. The watch was designed by Yvan Arpa and produced by MHC (movement) and his own factory SC2 SA (case) in Switzerland. 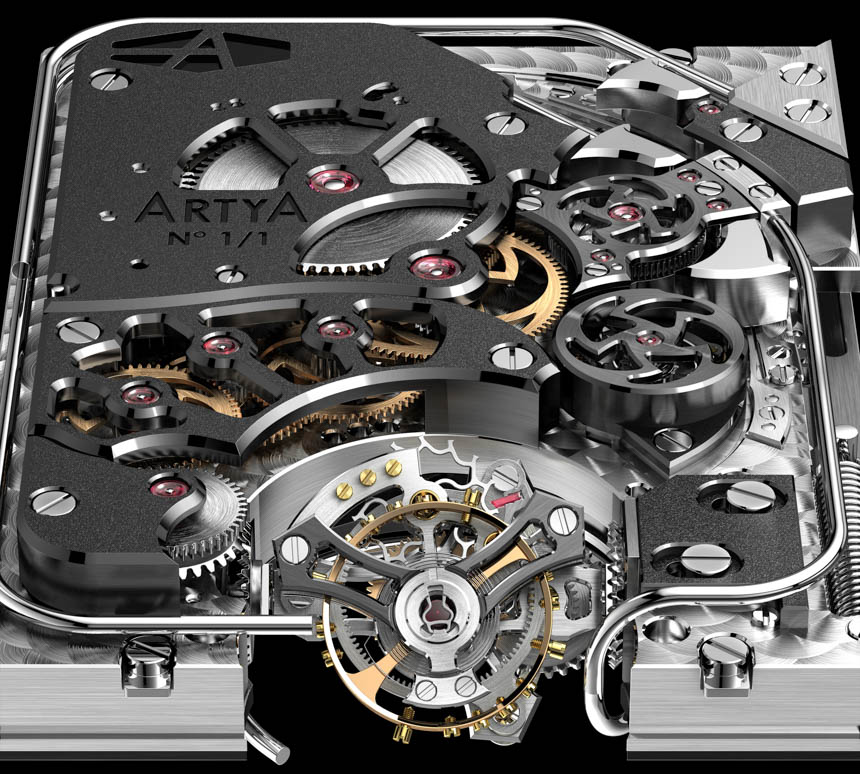 The ArtyA 3 Gongs Minute Repeater, Regulator, & Double Axis Tourbillon is essentially a music-themed high-complication luxury watch which has a case which is inspired by two things. Note that one of the main complications in this rectangular watch is a minute repeater, and that minute repeater watches in non-round cases are quite rare. Arpa points to a particular guitar as being the first inspiration for the watch, and that is the 1959 Gretsch Bo Diddley guitar with its angular body. ArtyA is no novice to guitar-themed watches, as is explicit in the ArtyA Son of Sound timepiece collection (hands-on here). 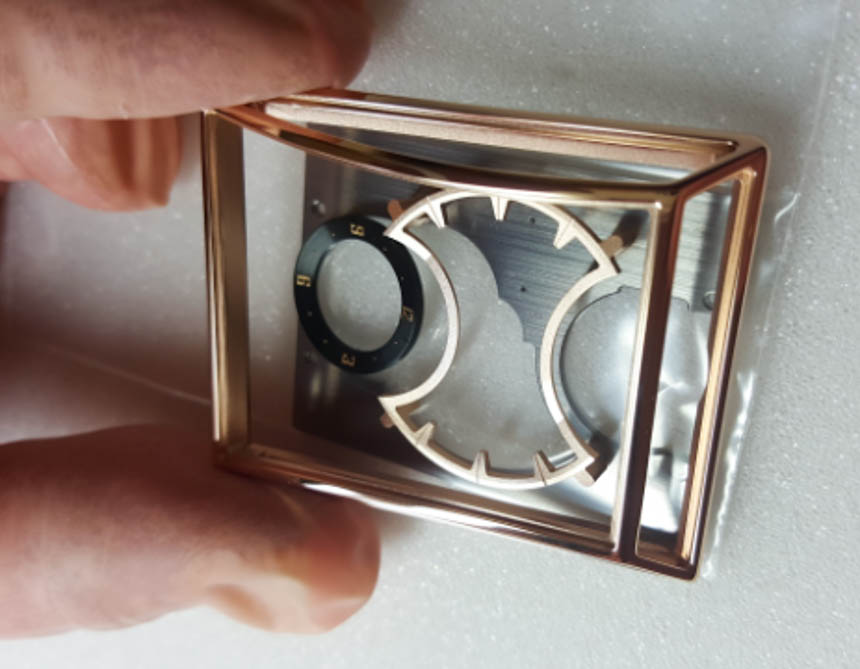 The second inspiration for the ArtyA 3 Gongs Minute Repeater, Regulator, & Double Axis Tourbillon’s case is “underwater houses.” Apparently, the design of structures meant to exist underwater with their glass walls helped form the idea of what the case would be like. Part of this shape, according to Artya, is to offer more case volume so that the minute repeater’s chimes are heard with better volume.

The case, with its black ruthenium and gold components is certainly unique, and I am curious not only what it feels like on the wrist, but also what the minute repeater sounds like. ArtyA further claims that buyers of this and perhaps future ArtyA 3 Gongs Minute Repeater, Regulator, & Double Axis Tourbillon watches will be able to request personalized adjustment of the minute repeater’s sounds. Careful adjustment of the gong and hammers is able to balance out volume and clarity for those owners who want a truly personalized auditory experience. At these prices it makes sense to offer such included services. 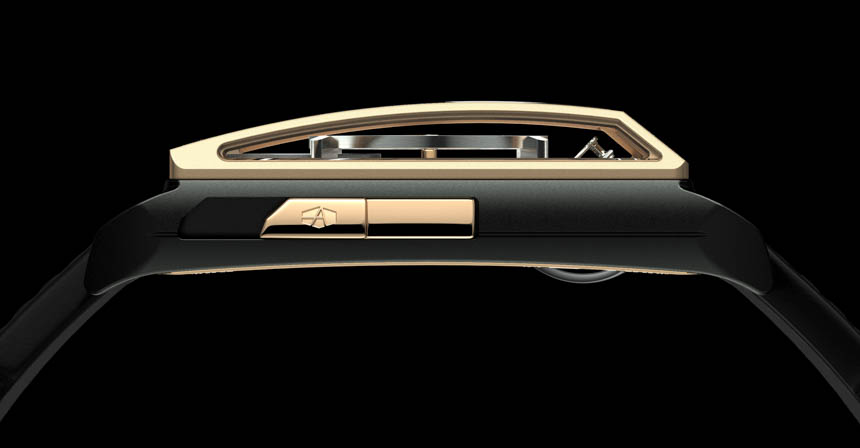 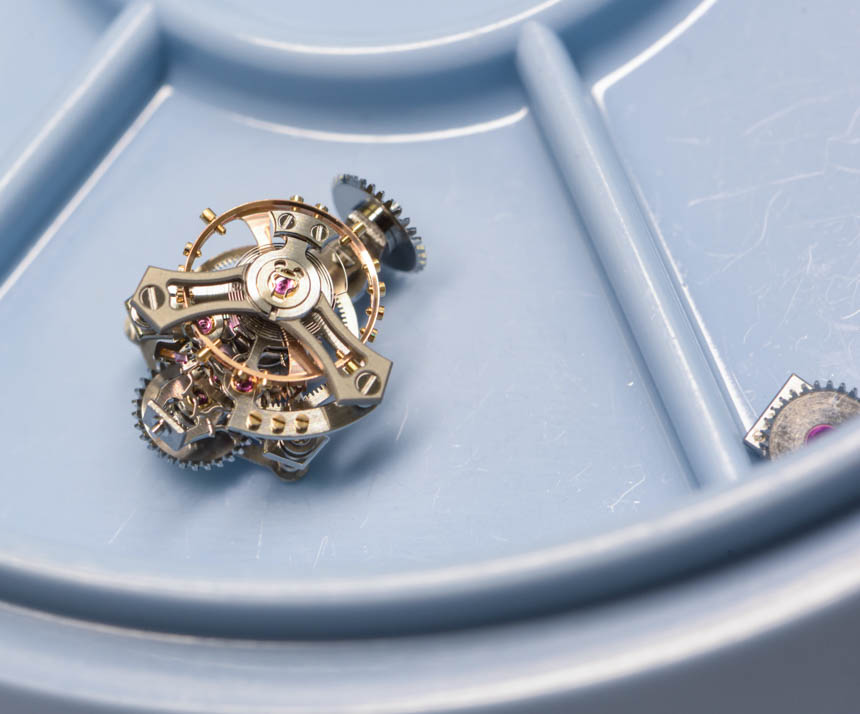 The ArtyA 3 Gongs Minute Repeater, Regulator, & Double Axis Tourbillon case is 47.3mm wide, 64.6mm tall, and 18.1mm thick. The case is primarily titanium with 18k gold (Artya’s “ArtyOr” alloy). A major reason for the relative thickness of the case is the double axis tourbillon that requires room and even forces the caseback sapphire crystal to have a bit of a “bubble” in it. One tourbillon axis rotates each 60 seconds, and other axis rotates ones each 30 seconds. This is also the first time that I’ve seen a dual-axis tourbillon matched to a regulator-style dial.

The rotating tourbillon itself doubles as the small seconds indicator while the face of the ArtyA 3 Gongs Minute Repeater, Regulator, & Double Axis Tourbillon watch also has separate dials for the hours and minutes – blending a traditional dial with a skeletonized display of the movement. It is all “very ArtyA” in appearance – which is sort of a meeting of traditional horology and rock & roll. 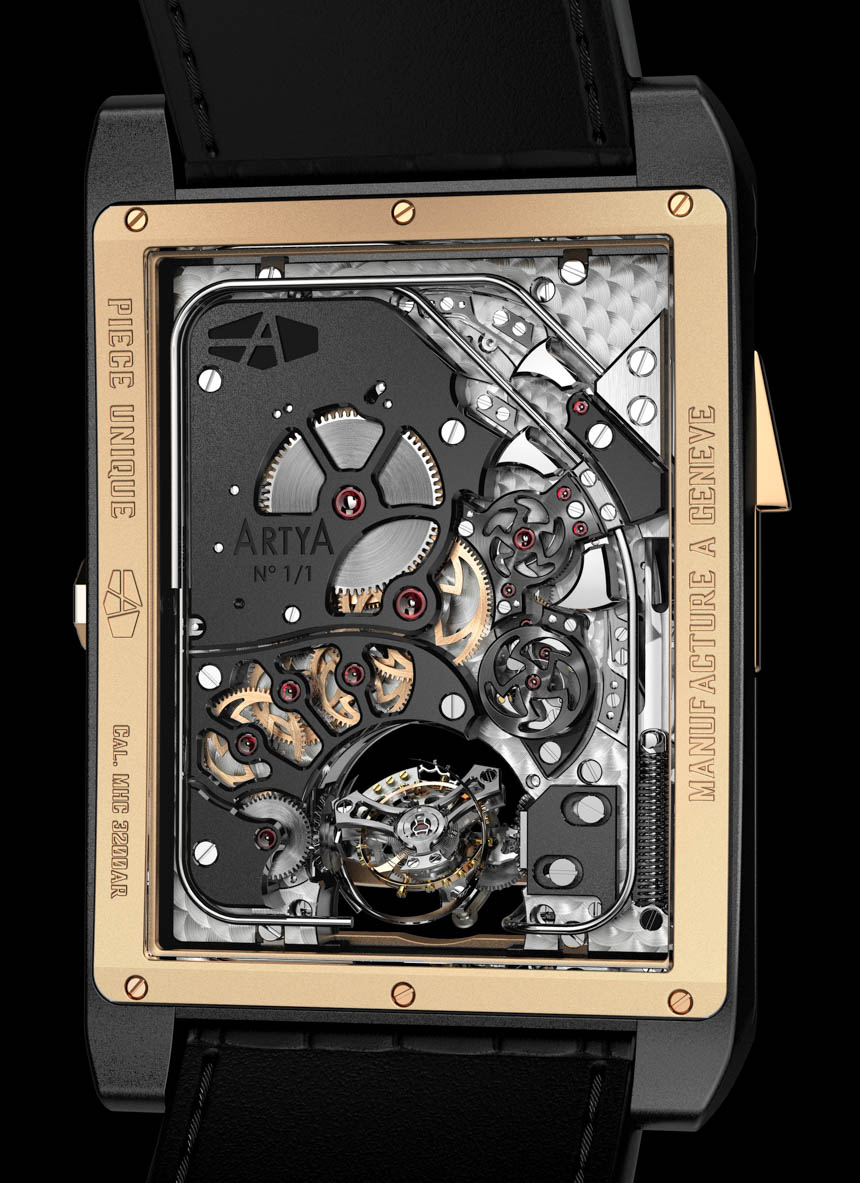 On the side of the case is the lever for the minute repeater. When the user slides the lever all the way, it winds a small secondary mainspring which is used to power the minute repeater which uses three gongs to chime out the hours, quarter-hours, and remaining minutes. According to ArtyA, the special gong assembly was specifically designed by MHC for the ArtyA 3 Gongs Minute Repeater, Regulator, & Double Axis Tourbillon case.

Inside the watch is the MHC caliber 3200AR manually wound mechanical movement which is comprised of 450 parts. Many of the movement parts are coated in black ruthenium, which makes for a cool look. The running train gears are also said to be made from 18k gold. The movement operates at 3Hz (21,600 bph) and has a power reserve of 64 hours. The tourbillon cage itself is rather large, being 13.6mm wide. In addition to gold and titanium, other materials used in the watch are mainly steel and “quenched tungsten” (not totally sure what that is). 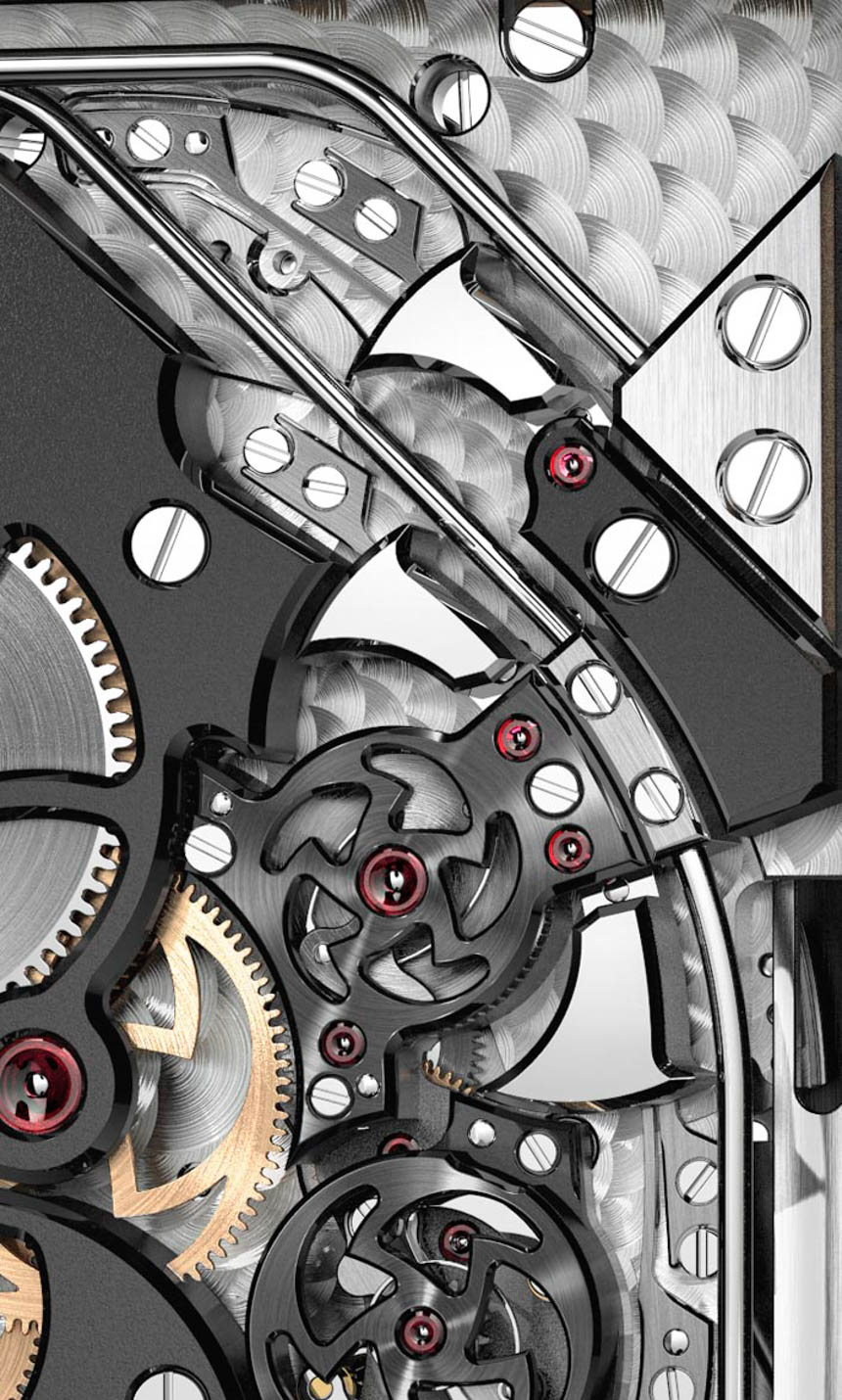