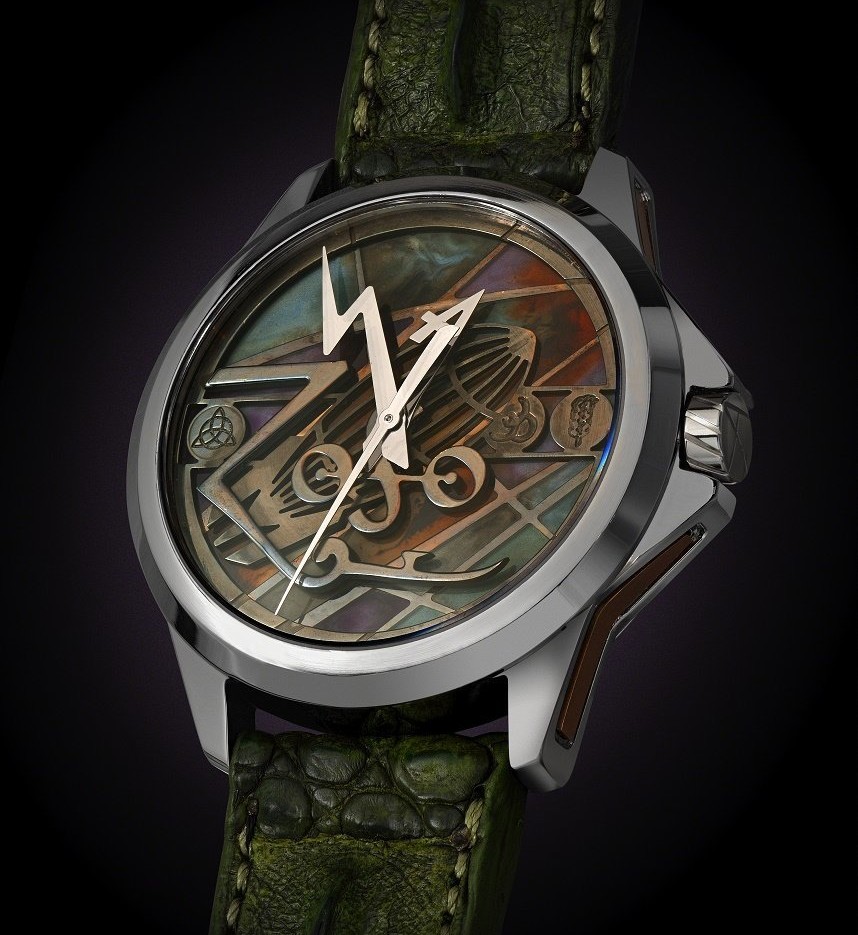 More often than not, brands define their product DNA, ensuring every item that rolls off the production line is unmistakably theirs – but some brands aren’t so easy to pigeon-hole. Some brands like so much to be different and that difference becomes their modus vivendi. The new ArtyA & Kerbedanz Led Zeppelin watch is a typically unpredictable offering from the originative mind of Yvan Arpa, owner and creative director of ArtyA. The ArtyA & Kerbedanz Led Zeppelin is, like his previous models, quite unlike anything else. His range is bound by a common uncommonness. ArtyA is nowhere near as erratic as a brand like Azimuth, for example, but I wouldn’t fancy betting on what will come next – I will wager, though, that it’ll be worth a look!

Founded in 2010, ArtyA is a Swiss brand that specialises in aesthetic brilliance. Boasting its own manufacture, Arpa is proud of his company’s ability to respond quickly and organically to in-house decisions. With a team of just ten people, ArtyA is a small but clearly dynamic company, producing watches with unique, handmade dials. Almost every watch face is created by artist Dominique Arpa-Cirpka. In the past, ArtyA have released watches utilising real bullets, butterflies, spiders, and dinosaur dung – and much, much more. The name may not be instantly recognisable, but the timepieces produced under it most certainly are. One very important thing to remember about ArtyA is the limited nature of all their wares. The ranges tend to remain, but the watches within them are updated frequently and only produced in very small batch sizes, and within those batches the painstaking construction of each individual dial results in a collection of singular models united by a theme. 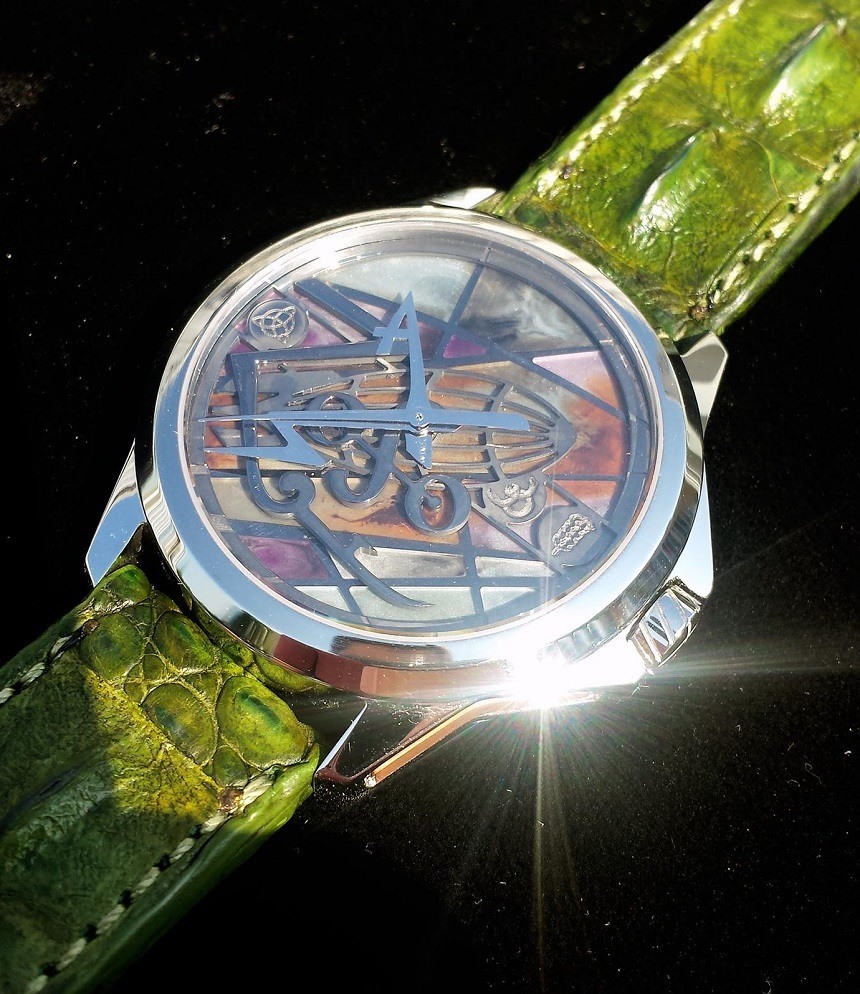 The ArtyA & Kerbedanz Led Zeppelin collaboration features an enamelled dial that pays tribute to Led Zeppelin. It’s a really cool looking thing, with a background that looks more like natural shell than enamel, and a foreground image of an actual Zeppelin realised in a bronze/gold-like material, which ArtyA refer to as ArtyOr. The applied motifs and hands of this watch really leap out of the dial, but in a way that is more interesting than rudely arresting as some of the brand’s more garish models could be accused of being. The colours of the dial and hands look great against the clean lines of the polished 316L stainless steel 42mm case. The dial and hands are incredibly steampunk in style, but it’s really nice to see this kind of edgy design code worked into a smart dress watch rather than some rust-coated wrist relic like a Romain Jerome (which are awesome, but not as wearable as the ArtyA & Kerbedanz Led Zeppelin collaboration watch). The swamp green horn-back alligator strap is really cool and adds to the slightly grimy appeal of this intriguing piece.

This three-hander is all about the creation process and aesthetic, rather than the watch’s function. It is perfectly legible despite the strange shape of the hands and the absence of any markers, simply because the hands are large and nicely picked out against a muted background by virtue of their being polished. The watch has a power reserve of 46 hours, which is not particularly amazing, but the watch is powered by a high-end Swiss automatic calibre, modified in-house by Yvan and his team, and renamed the A82. The case back is screwed down and engraved, and the front crystal is sapphire with a double layer of anti-reflective coating.

The true beauty of this watch has a lot to do with the expertise brought to this collaboration by a small, familial brand called Kerbedanz. You may not have heard of them before, but I urge you to explore their history and wares if engraving and enamelling appeal to you. Founded by Tigran Kerbedanz, the brand has its roots in blacksmithing, but has since gone on to specialise in several artisanal areas of decoration. Their website (kerbedanz.com) has a mine of information on this subject, detailing each of the techniques the in-house craftsmen are able to execute to an excellent standard. There are a couple of videos on the site that are really interesting and instantly establish an emotional connection to the brand’s wares. Fused with ArtyA’s bold approach to design, this watch is something I think is rather special. I am a huge fan of old-world decorative techniques, and am heartened to see such skill manifested in a contemporary design. Rock music may not be the most typical subject for Kerbedanz to cover, but it certainly strikes a chord with me. 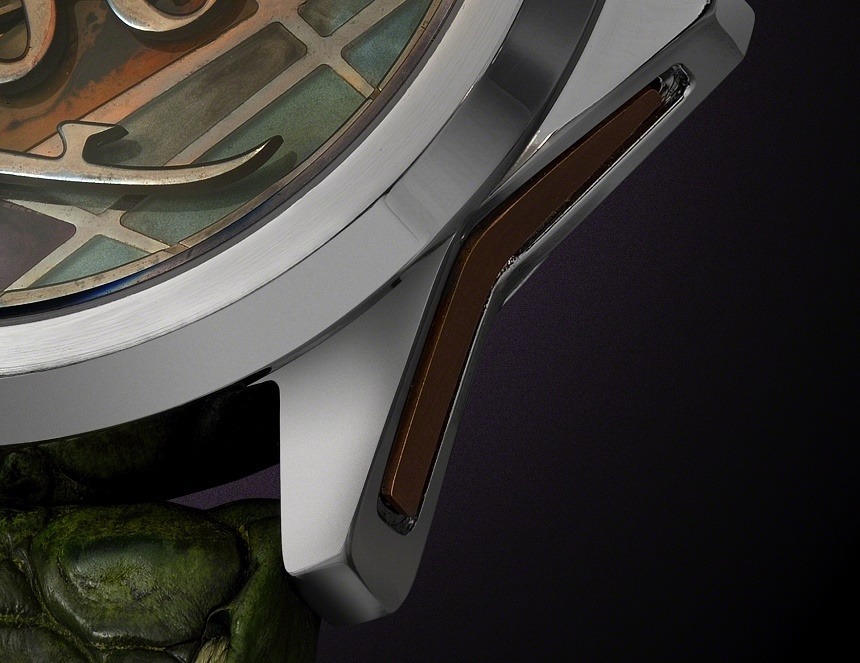 The case itself is of interesting proportions and features side inserts that harmonize well with the bronze tones of the dial detail. The case has some interesting angles at the extremities of the lugs and at the points of connection between the lugs and case body. The rather abrupt edges give this case, which is not large by modern standards, a boxier look than it might have ended up with in the hands of a less astute designer. This silhouette is simple, but desirable and quite unusual. All in all, I am a fan of this watch, mostly because of the autumnal palette of the dial and because of the cool engraved emblems and background Zeppelin. 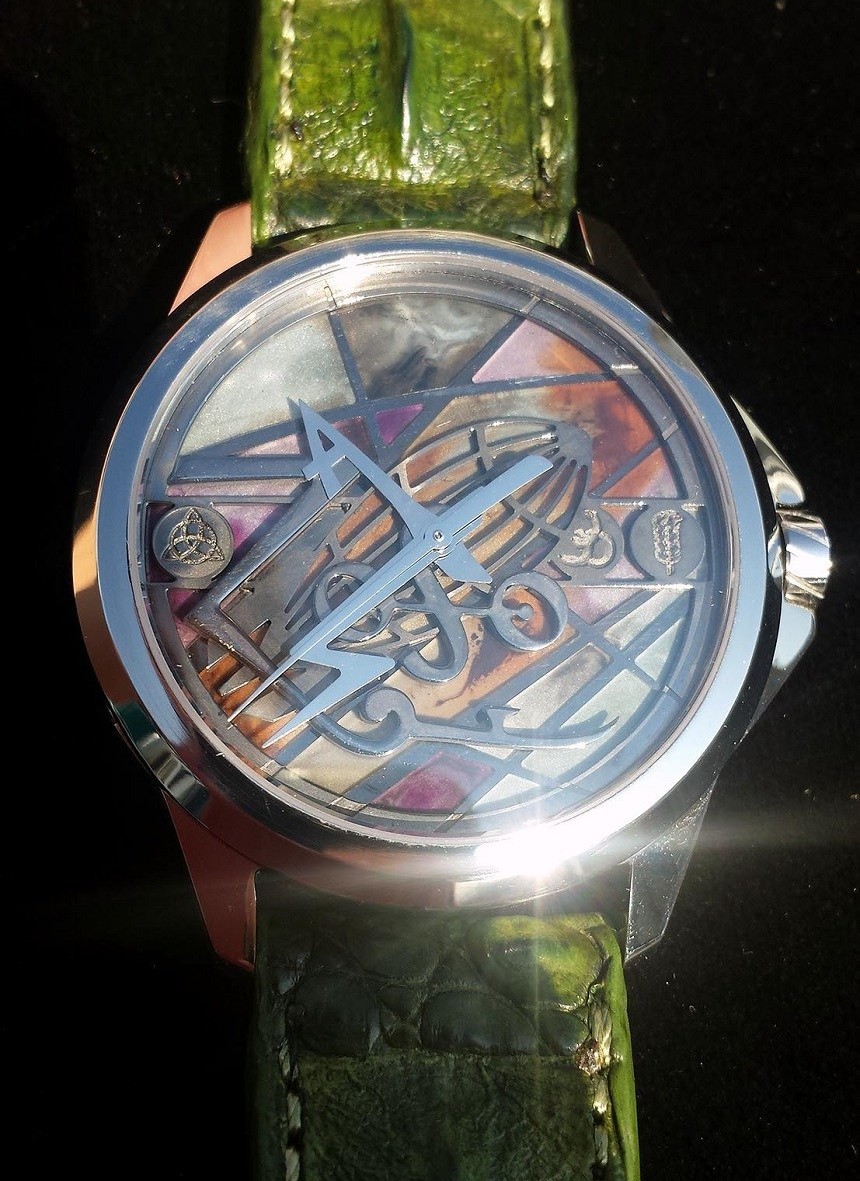 The three smaller symbols and the prominent “ZoSo” are taken from the cover sleeve of Led Zeppelin’s fourth album, which was untitled. Often referred to as “Led Zeppelin IV,” the album contained many of the bands greatest hits, including Stairway to Heaven. Reputedly, the band chose not to name the album, nor to emblazon the cover with the band name, because they wanted to avoid being defined by the industry. Each of the four symbols (including ZoSo) represent one of the four band members. Their attempt to anonymize the band and its members in order to be judged on their work’s merit alone is relevant to the modern owner of a luxury timepiece. Very often, these treasures of the wrist cost exorbitant amounts of money for little apparent reason. People will buy a Rolex because it’s a Rolex, because it’s a loaded name.

But appreciation without preconception validates design. Thanks to ArtyA’s small scale production, it is possible to achieve that with this, or any of their watches. It’s unusual; it’s artistic; it’s going to get your wrist noticed. The ArtyA & Kerbedanz Led Zeppelin collaboration has a price of $17,200 and is available now. artya.com