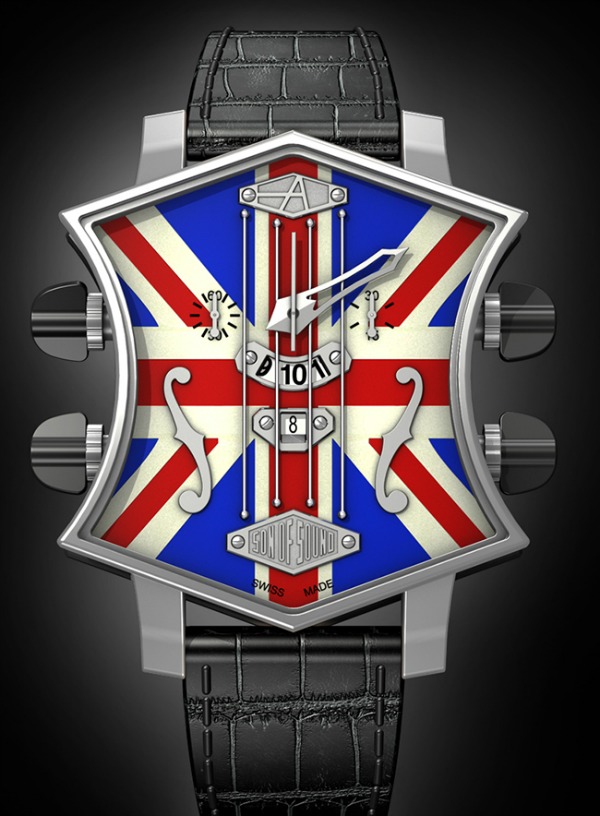 In the last year Swiss art watch brand ArtyA has transformed itself from extremely avant garde “creative” watches to something like this guitar head-shaped Son of Sound collection. The brand was once about just creating totally one-of-a-kind watches that combined the work of an artist and watch maker. The “piece unique” moniker was more a result of that production style versus an effort. For example if you take a steel case and “deface” it (as founder Yvan Arpa liked to say) with electricity and machines by hand, no two cases are going to look alike (i.e. “piece unique”). Thematically, ArtyA watches contained everything from fossilized dinosaur feces to human blood and actual butterfly wings.

Meeting with Mr. Arpa is always (always) a treat. But the lack of cohesion in his collection or offer of regular models made ArtyA a very difficult brand to cover. Then the Son of a Gun collection came around and things sort of started to change. ArtyA found a collection that it could really build on given the relative commercial success of putting real bullet cartridges in a timepiece. It finally found something that could be a bit more of a permanent part of the brand. 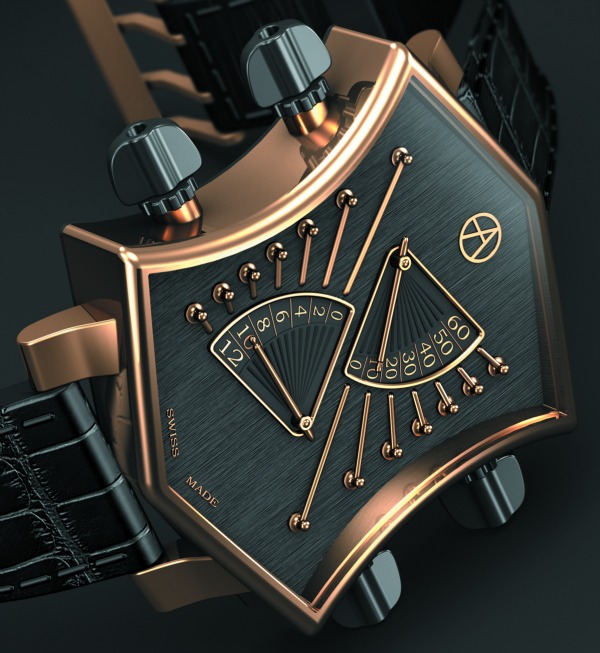 Around the same time Yvan Arpa was asked to make some limited edition ArtyA watches for the members of the rock & roll group KISS. Arpa was genuinely humbled and traveled to LA to meet Gene Simmons. The result were a few timepieces that ranged from having KISS band member faces on them (artistically speaking), to guitar picks. Arpa realized that the rock & roll themed watch could be just as popular as the Son of a Gun collection.

It is hard to know when Arpa began to really focus on the Son of Sound collection but the result is something entirely unlike the roughed-up round cases and organic looking dials of other ArtyA timepieces. These are much more traditionally clean with refined, albeit unique designs. The Son of Sound timepieces all have cases that look like the end of a guitar (the head). Of course, they are complete with tuning peg crowns. The case is 42mm wide and the various versions will be available in steel, titanium, PVD black steel, and 18k rose gold. 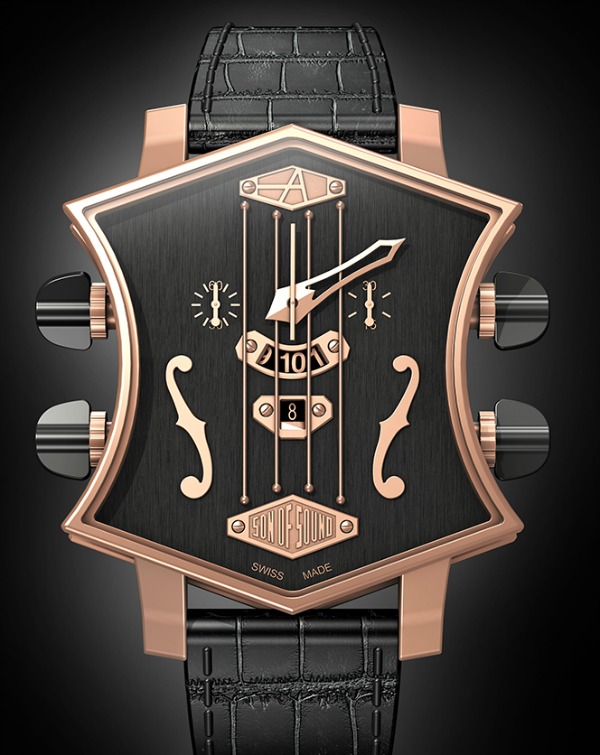 In this article you see two distinct versions of the Son of Sound watches. One with a double retrograde dial with the hours and minutes, as well as a second version with chronograph. Each of the watches has high-end mechanical automatic movements, apparently co-developed by Concepto and SC2. These easily could have been quartz-based and it is interesting that ArtyA decided to go so high-end with them. Good watches to wear while showing off your gold and platinum record collection mounted to the walls of your mansion for guests?

Guitar-style elements on the case and dial abound. From decorative features to strings, the Son of Sound watches are an interesting experiment in musical instrument-themed horology. As is common with the brand, the pieces don’t exactly have distinct names at this point, nor are they very clear on other details. I am pretty sure that some hands-on time is needed before I fully appreciate what the ArtyA Son of Sound collection is all about.

Probably the stand-out version of the Son of Sound watch so far is the “English” version with the Union Jack motif on the dial. It is going to be hard for aging British rockers to resist those pieces. The dial has a large minute hand, and a disc to display the minutes. There are rather small chronograph subdials, as well a centrally mounted chronograph seconds hand. The lower part of the dial has the date. At least on the Son of Sound Chronograph models ArtyA promised that each of the tuning peg crowns has a function.